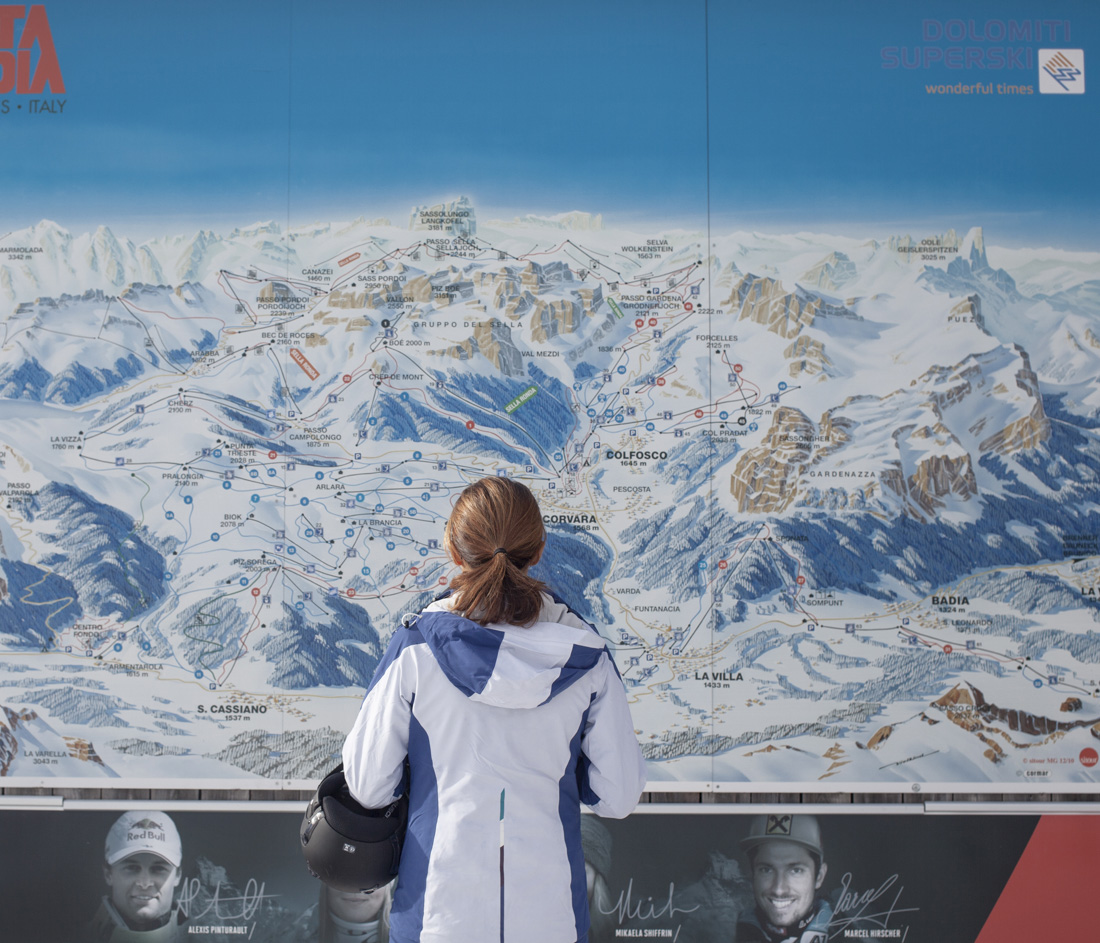 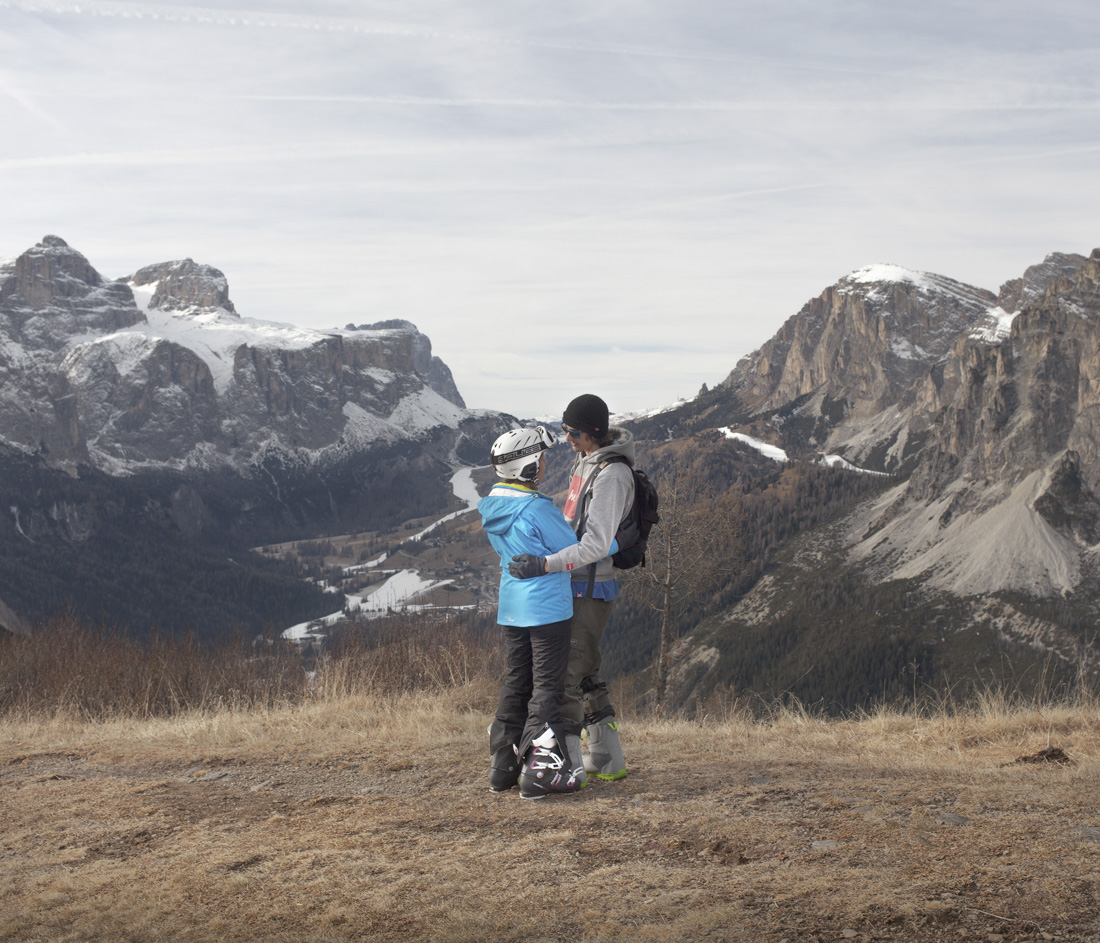 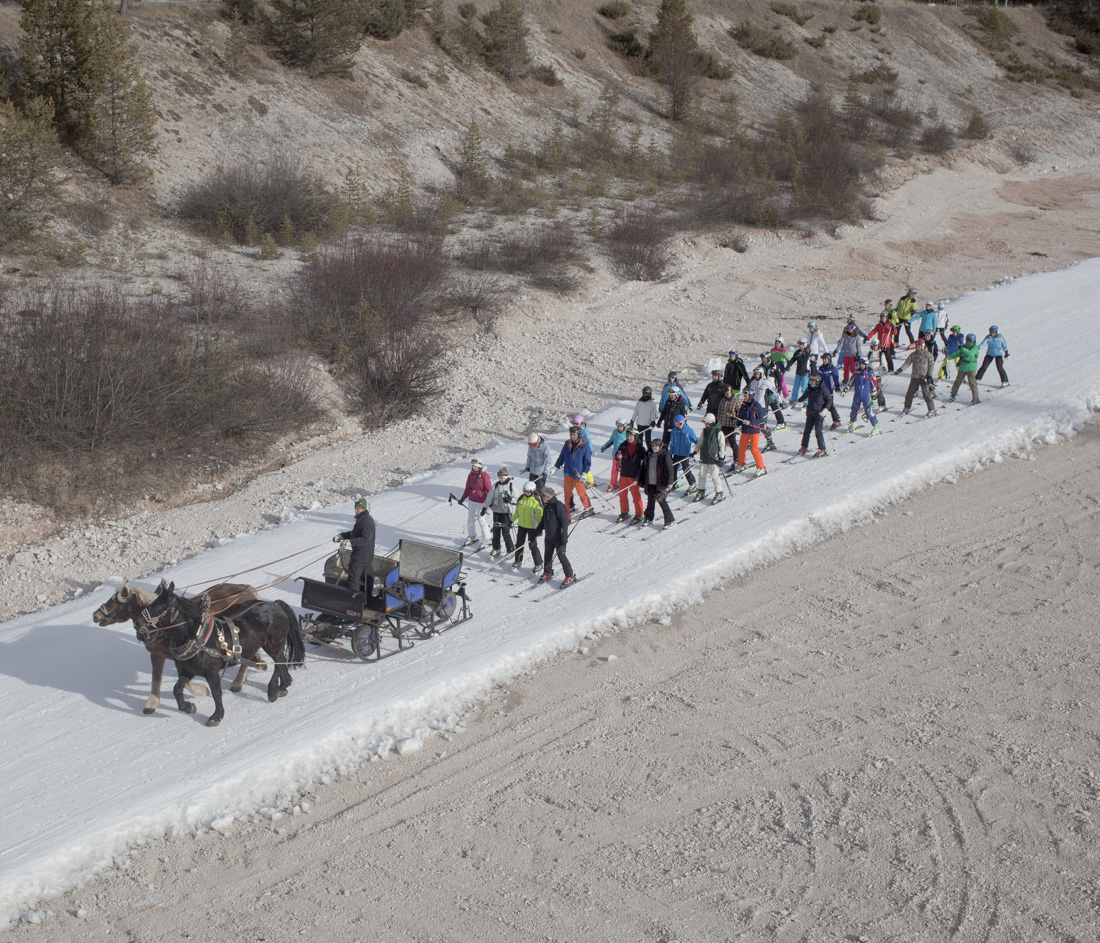 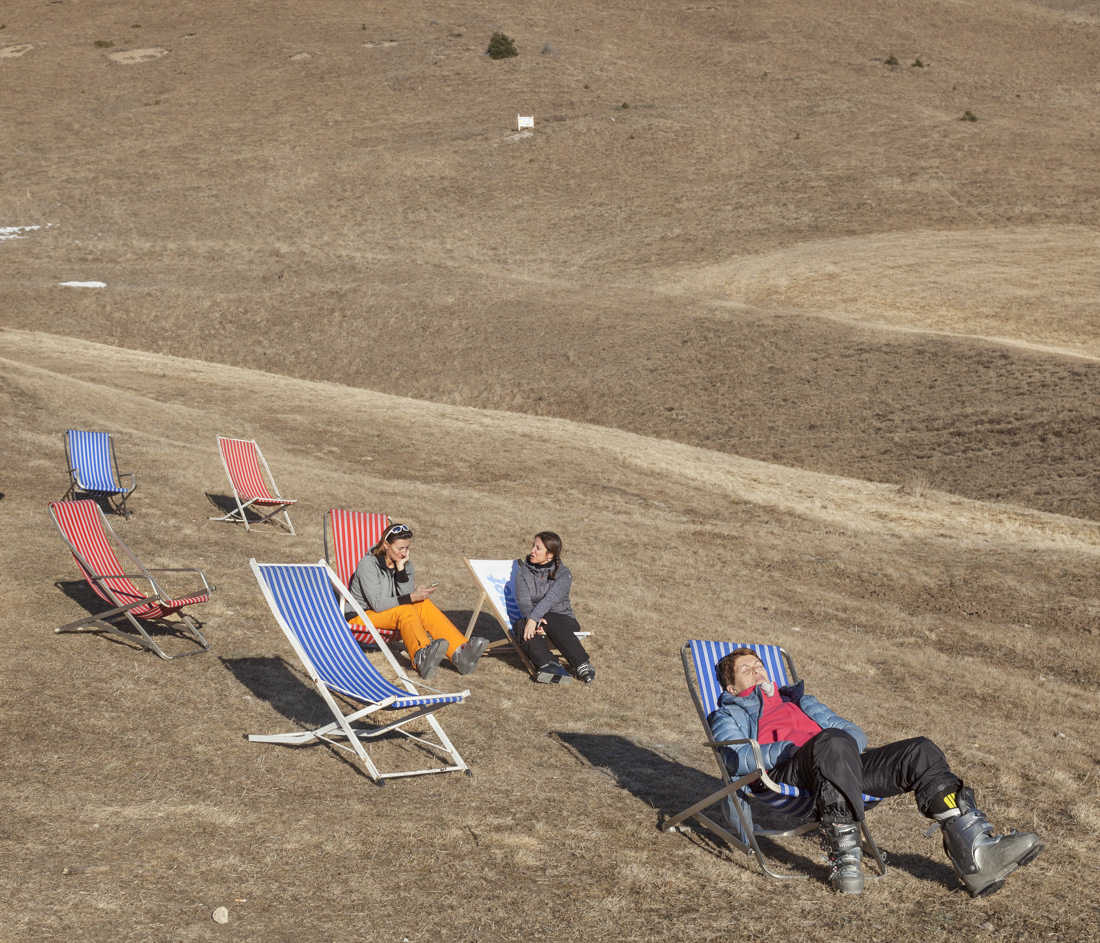 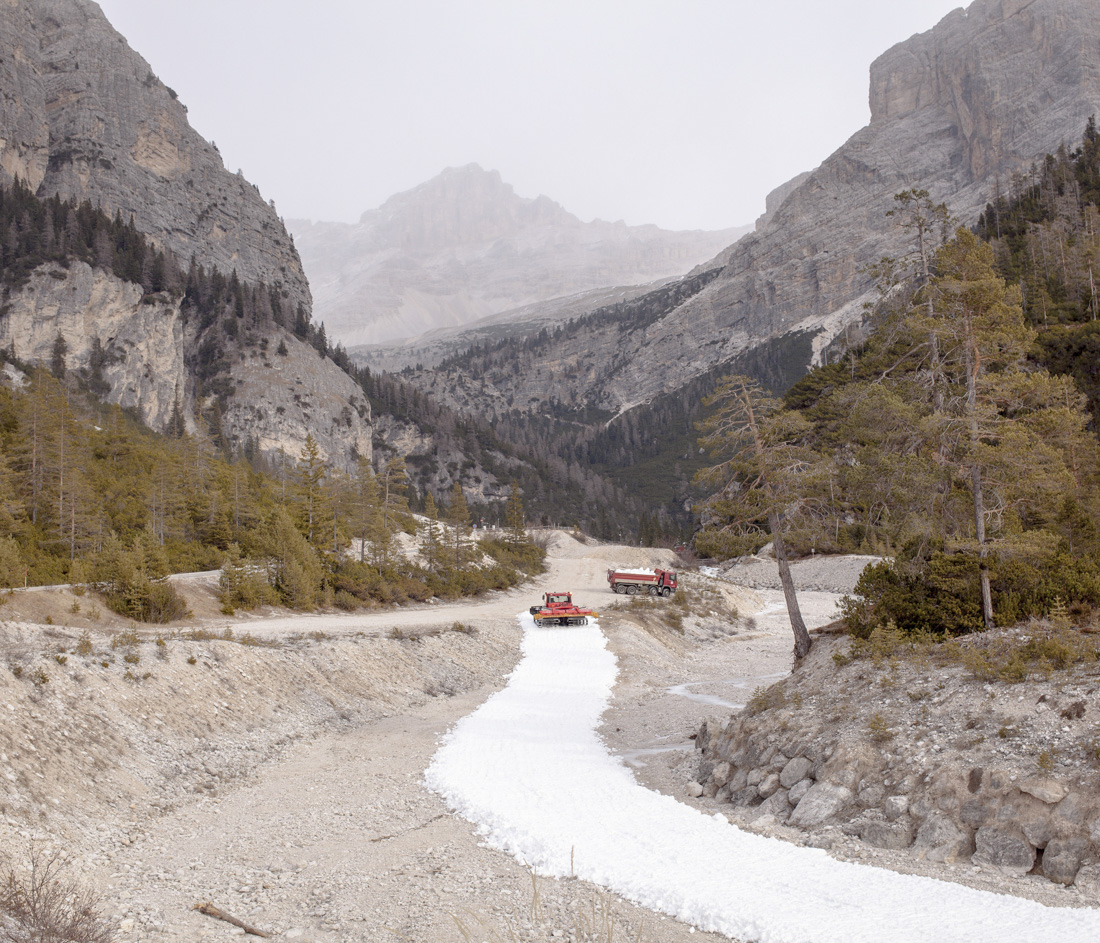 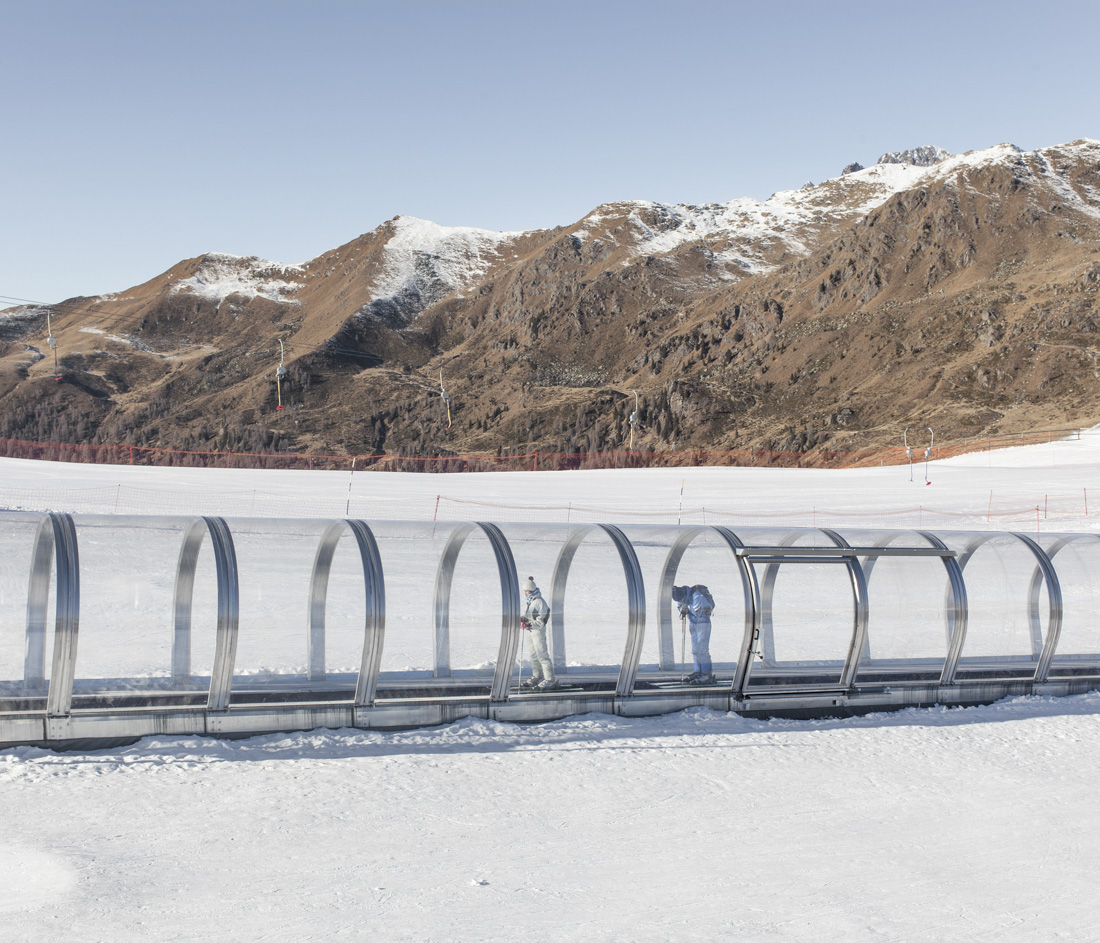 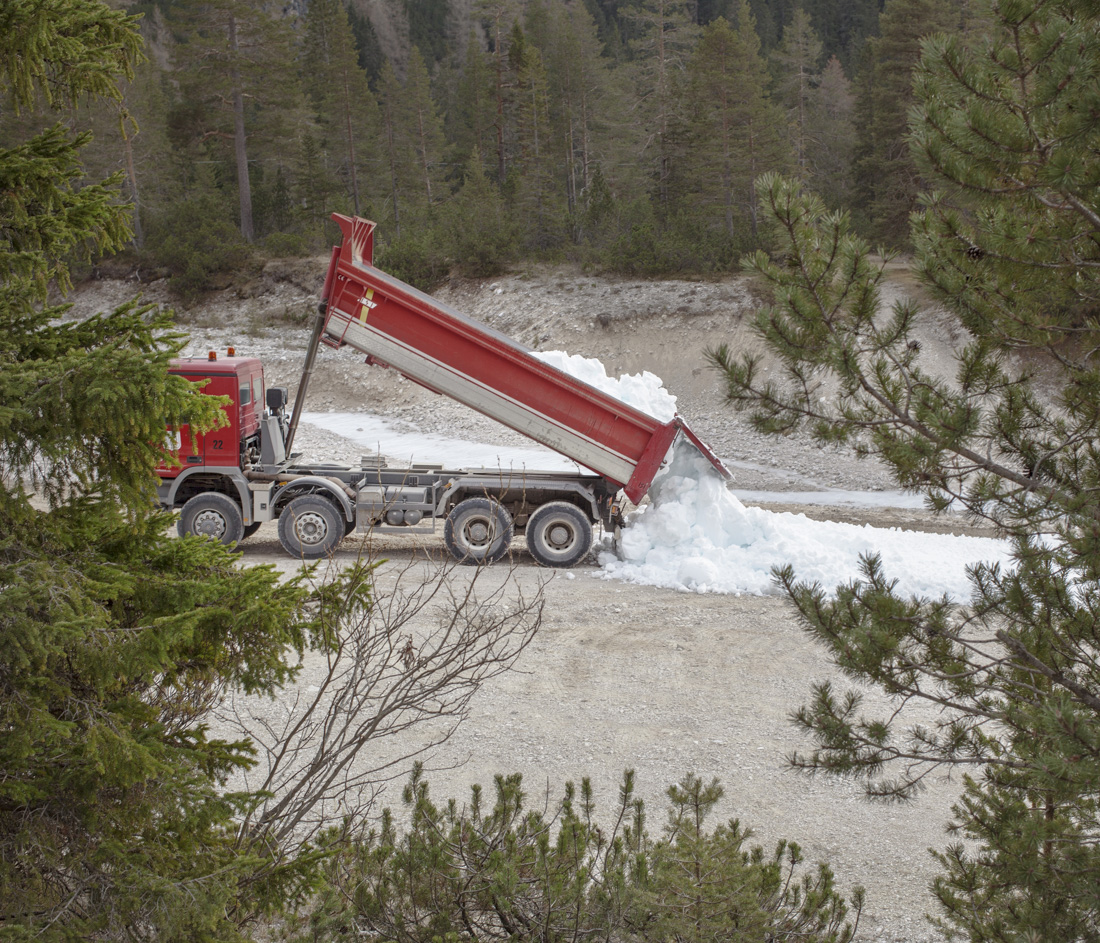 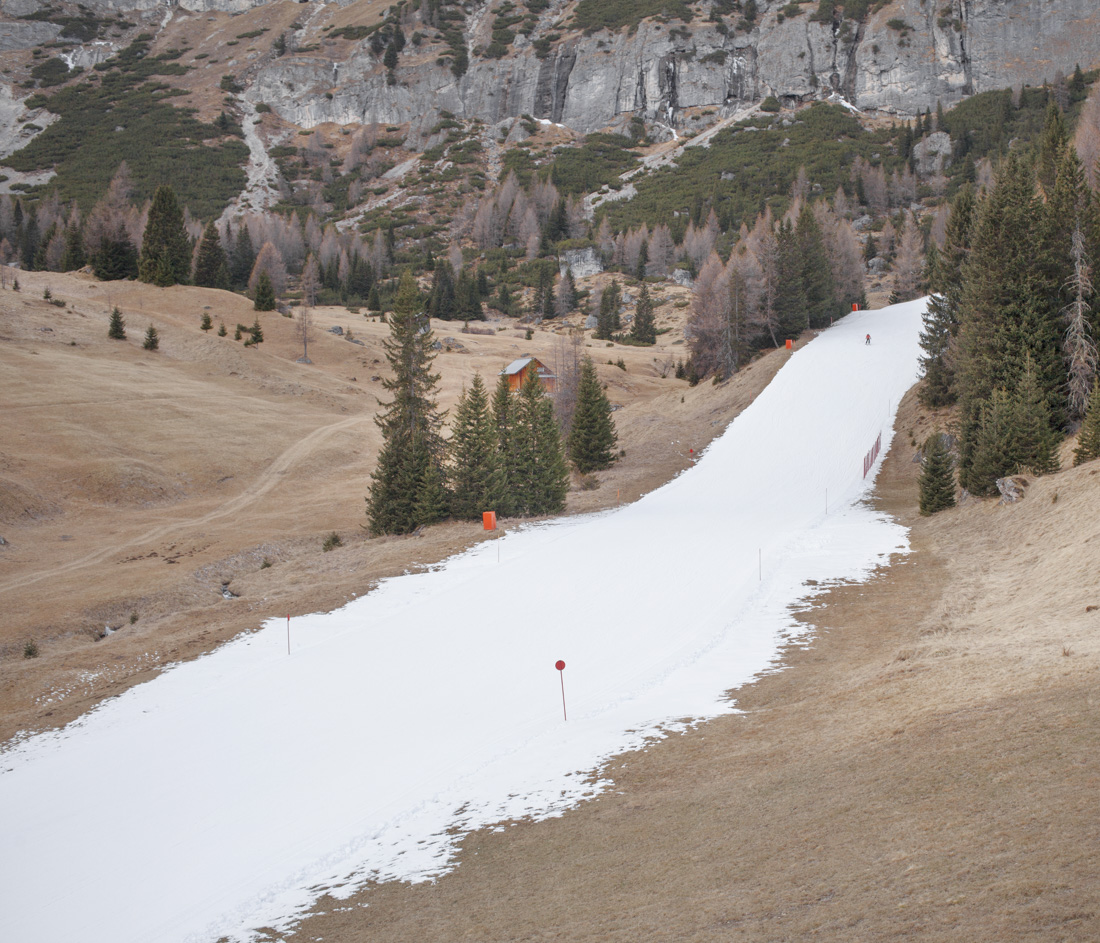 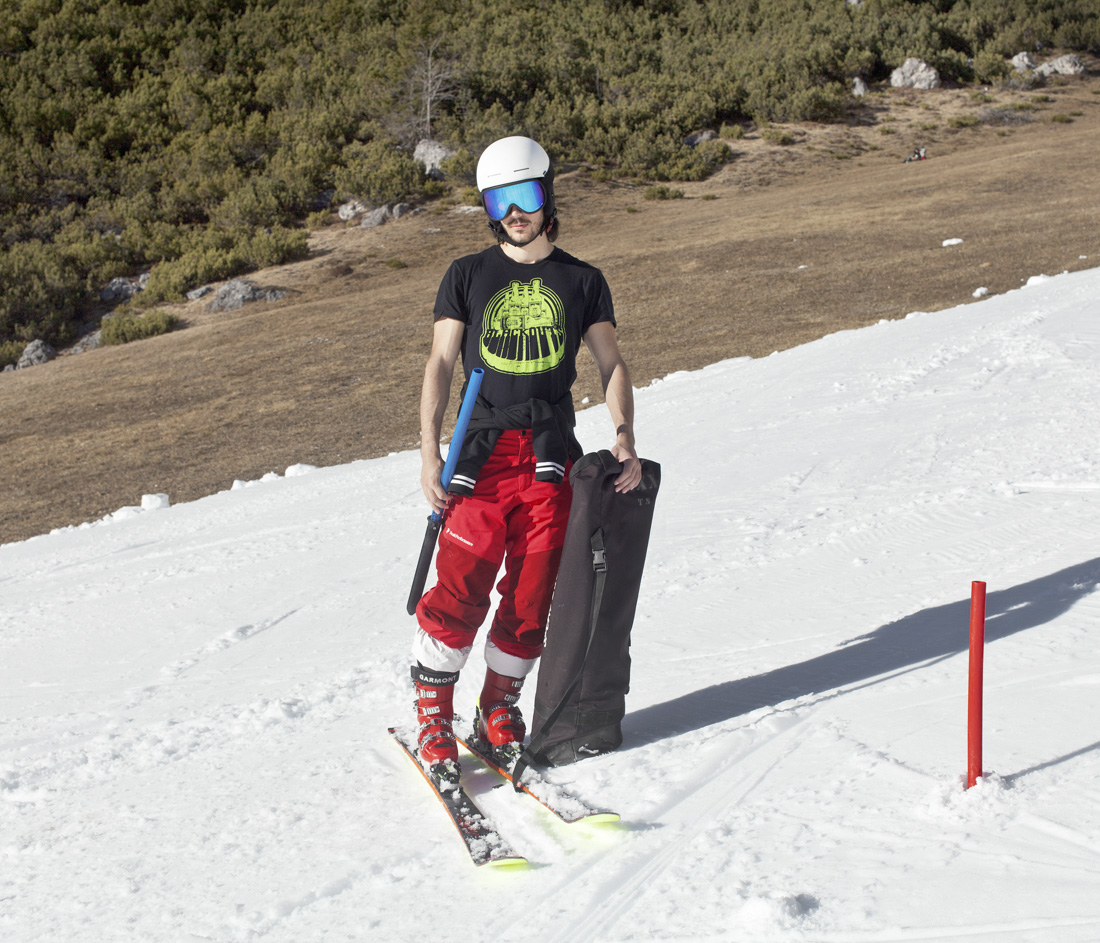 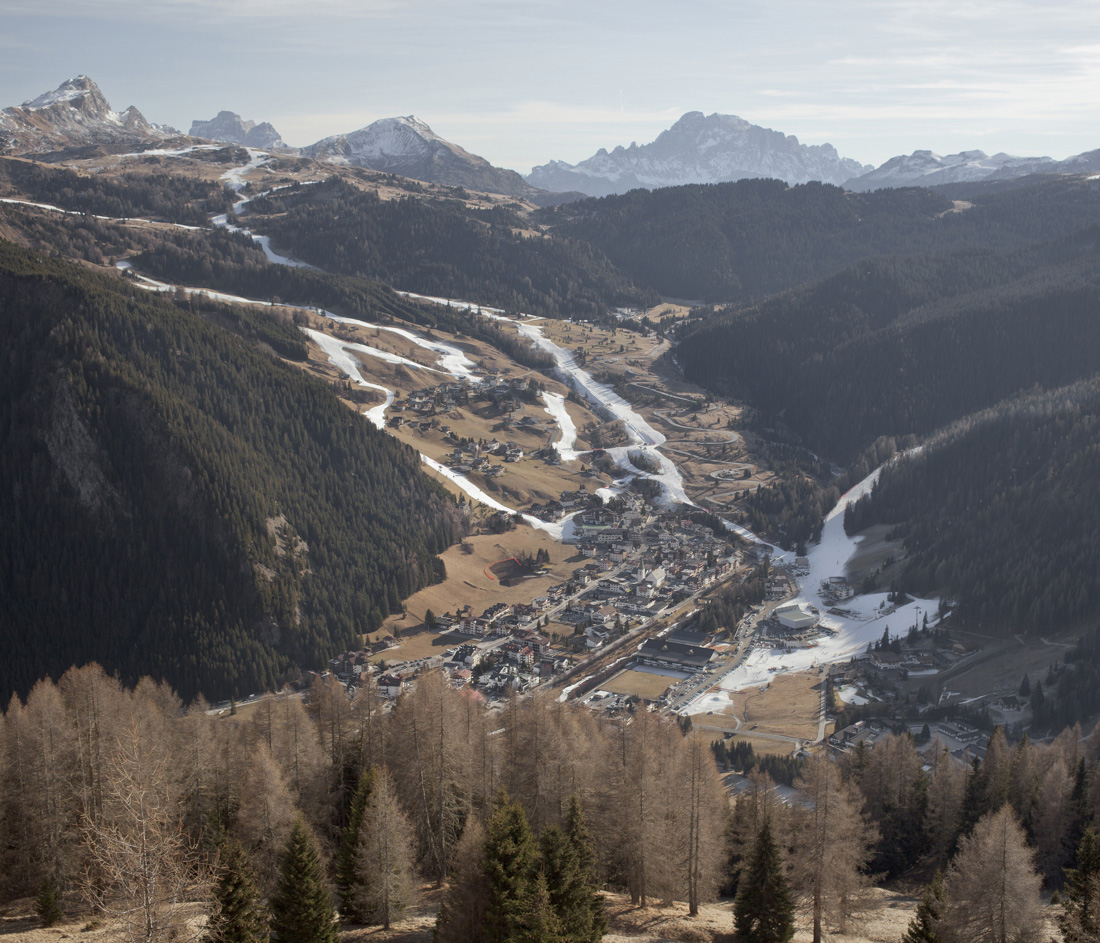 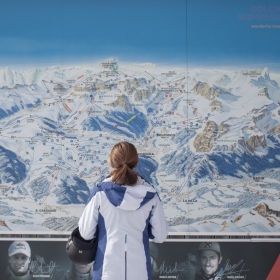 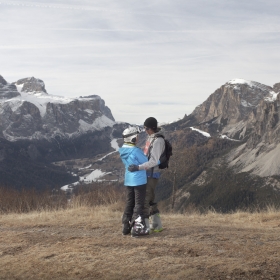 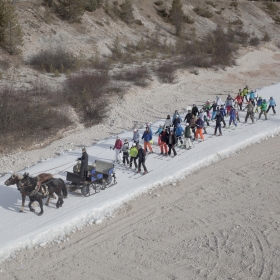 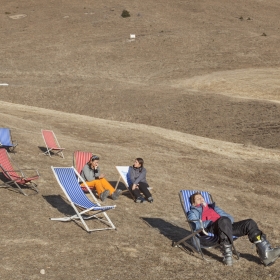 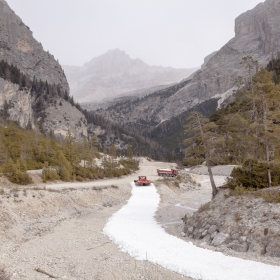 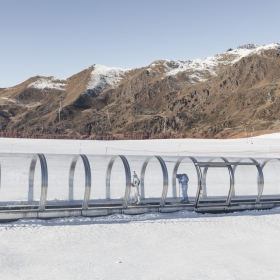 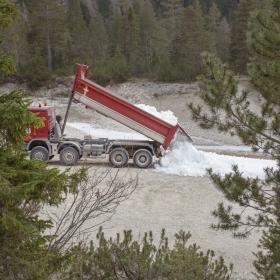 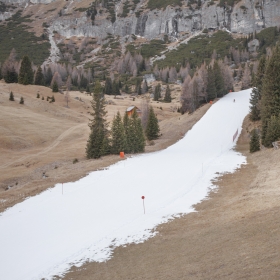 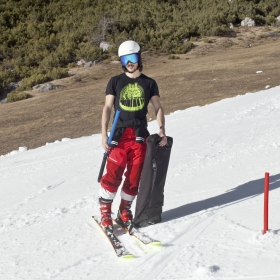 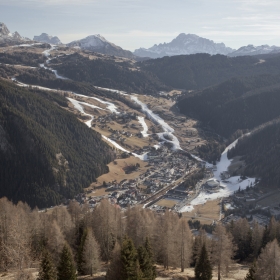 Marco ZORRZANELLO
SNOW-LAND, Tourism in the era of CLIMATE CHANGE
Share
Support this photographer - share this work on Facebook.
2015 and 2016 were the hottest years in historical record (UN and NASA data). Climate change is no longer a future hypothesis, but a present phenomenon. The transition from one habitat to another forces society to adapt itself (resilience), to move (migration) or to resist, impressing artificial mutations on the environment.
This work explores the RESISTENCE of the community in the face of this epochal change, through the lens of MOUNTAIN WINTER TOURISM. On the mountains climate change is happing at its most extreme, and most evident are the stratagems that have been implemented in order to resist it. By telling about a local case, we can observe a global phenomenon.
The Dolomites (Italian north-eastern Alps) have been included in the UNESCO World Natural Heritage since 2009 and attract millions of tourists every year, representing a resource that supports the entire surrounding area (Trentino Alto Adige, part of the Veneto and Friuli Venezia Giulia). With rising temperatures we witness a shifting of the winter season, with a clear shortening of the period when natural snow can be enjoyed - it used to be from November to April, it is now from January / February to late March. There is no more a white Christmas, but a green one.
In order to prevent an economic, social and cultural collapse (the end of an economic sector and the migration of population from the mountains to the flat land), Public Administrations and private bodies have reacted by artificially rebuilding the "WINTER".
The Dolomites ski resort (Dolomiti Superski), one of the largest worldwide, provides for artificial snow on 1,200 km of slopes and can provide for up to 630,000 skiers per hour. Despite the absence of natural snow, in recent years the tourist flow has actually increased.
From November to March the Dolomites, like other mountain regions, change their skin, turning their breathtaking views into the ideal background for a huge park of artificial SNOW.
SNOW-LAND.

About author:
Marco Zorzanello was born in Vicenza in December 1979 and graduated from the Faculty of Humanities of the University Ca' Foscari of Venice, specializing at John Kaverdash Institute of Milan in reportage photography. In 2016 he has follow and completed a specialization course of New York’s MOMA.
He can claim some publications in France with Le Monde, Le Currier International, 6 Mois; in Italy with La Repubblica, La Stampa, Marie Claire Italy, Io Donna, ANSA.it, Sette Magazine; Le Temps in Switzerland; De Morgen in Belgium and AD Neuis in Holand. As a photographer of architecture, he worked with the magazines Domus, Casabella and The Plan. In 2017 one of his work has been selected for the annual Photographic Festival in Tbilisi, Georgia.
From 2014 to 2017 he was one of the founders of the CCF, an organization that engages in the development and promotion of the photographic language, organizing several exhibitions. He still collaborating with Banca Intesa, one of the most importante European Bank. He teach and manage photography by Gallerie d'Italia - Palazzo Leoni Montanari, the first Museum of this Bank in Italy.