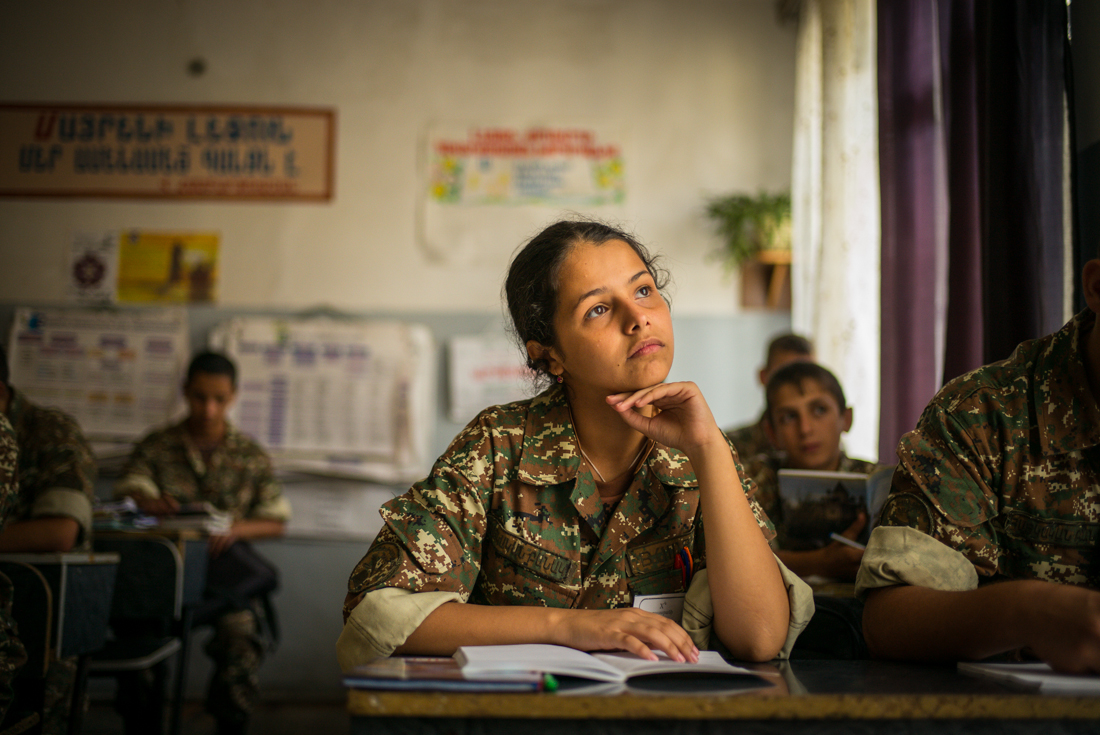 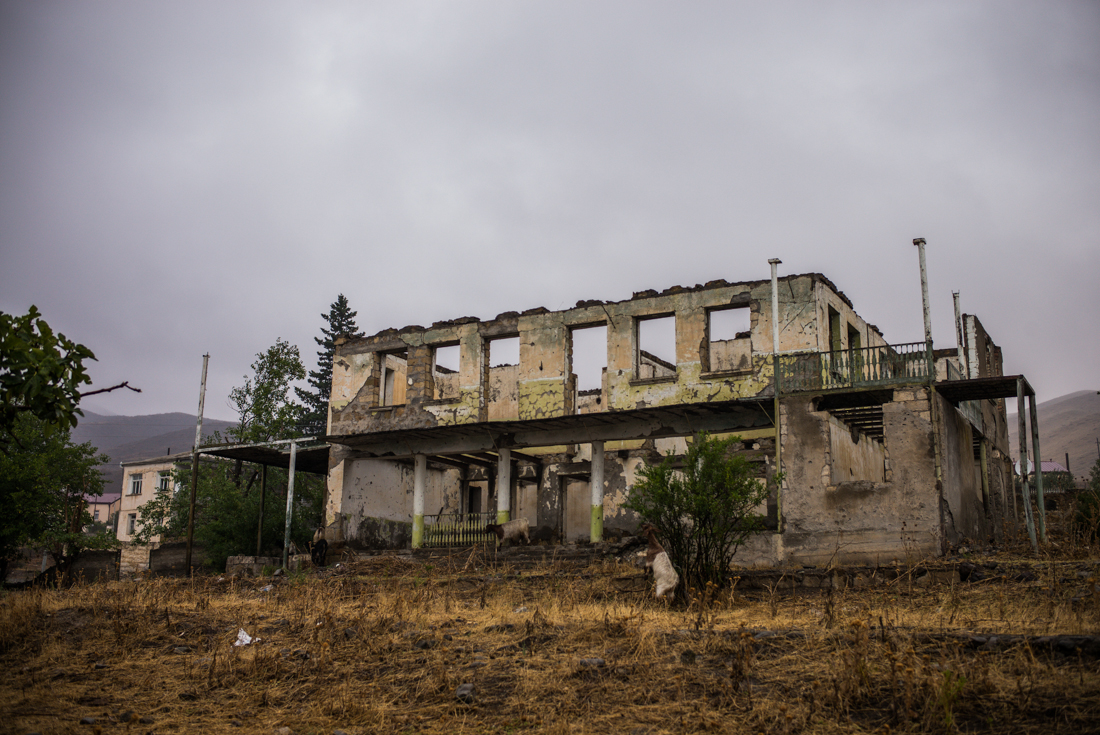 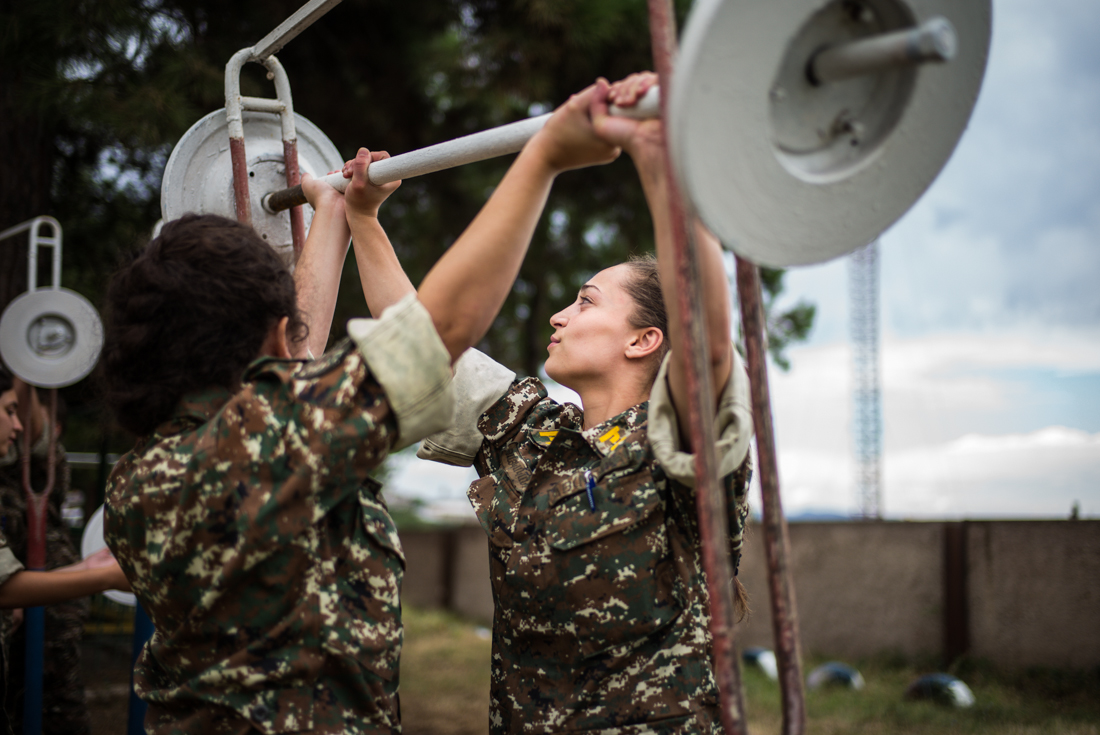 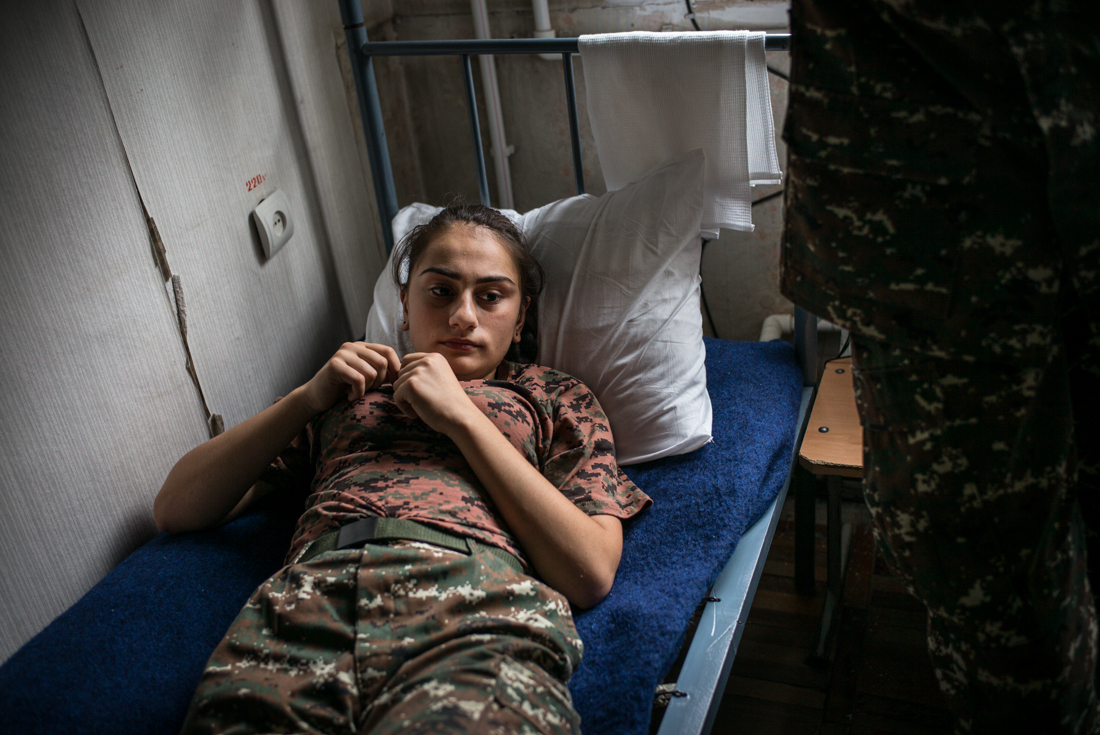 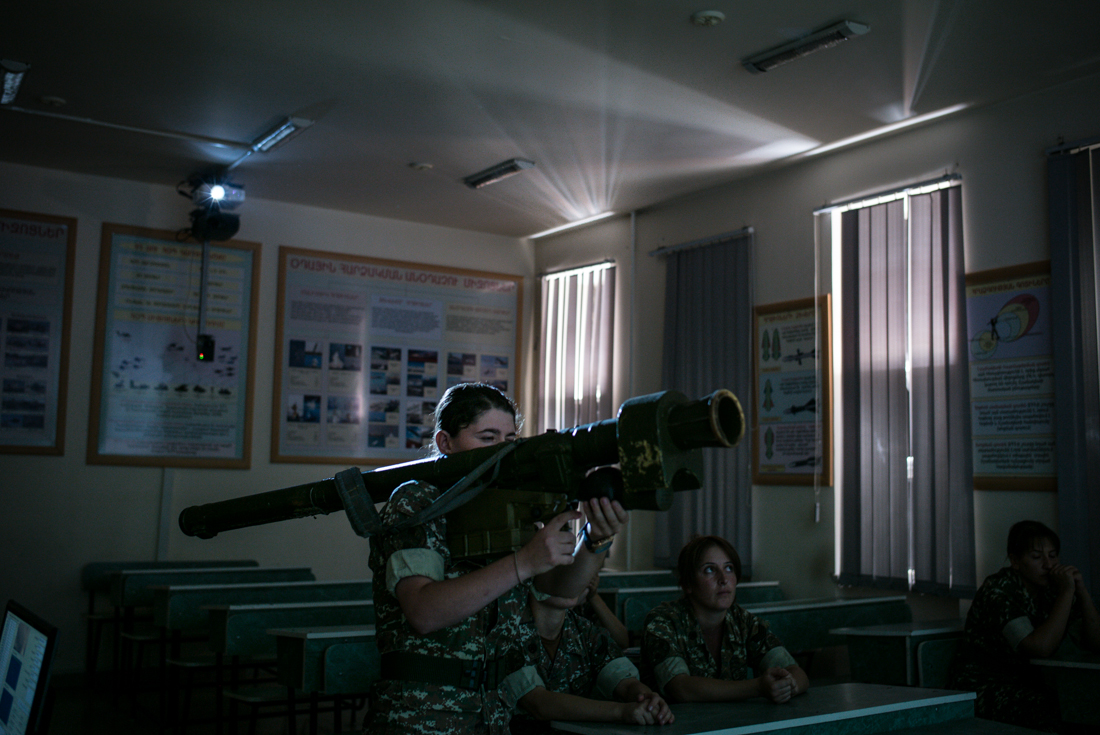 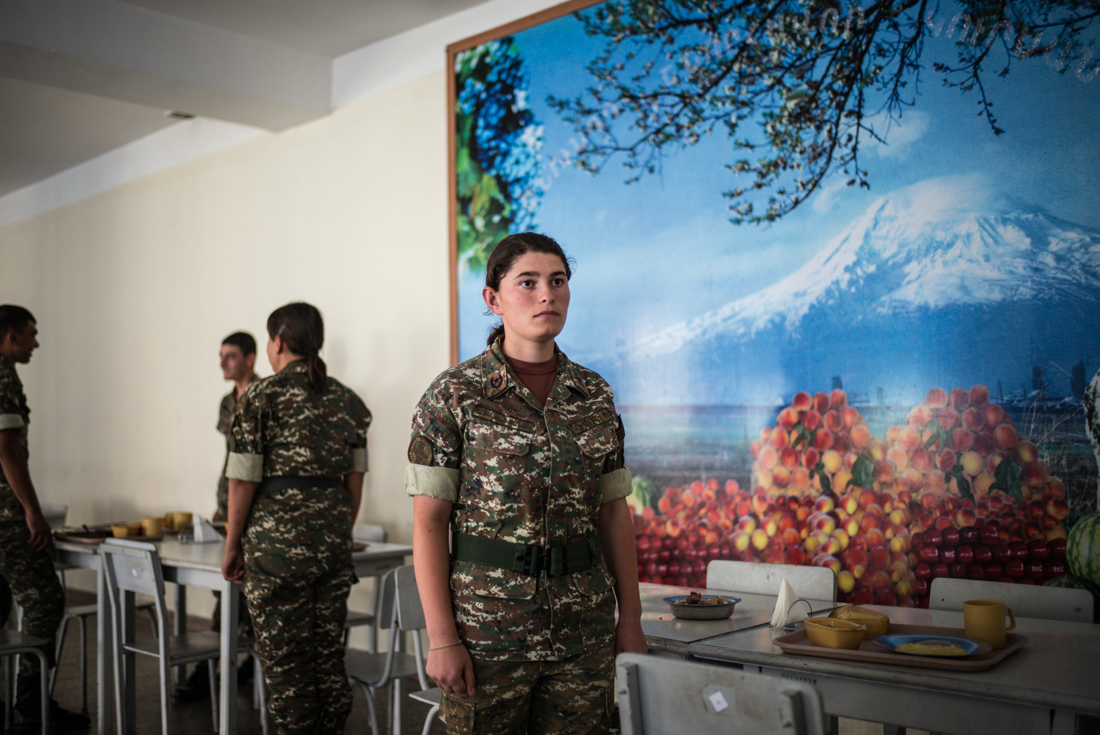 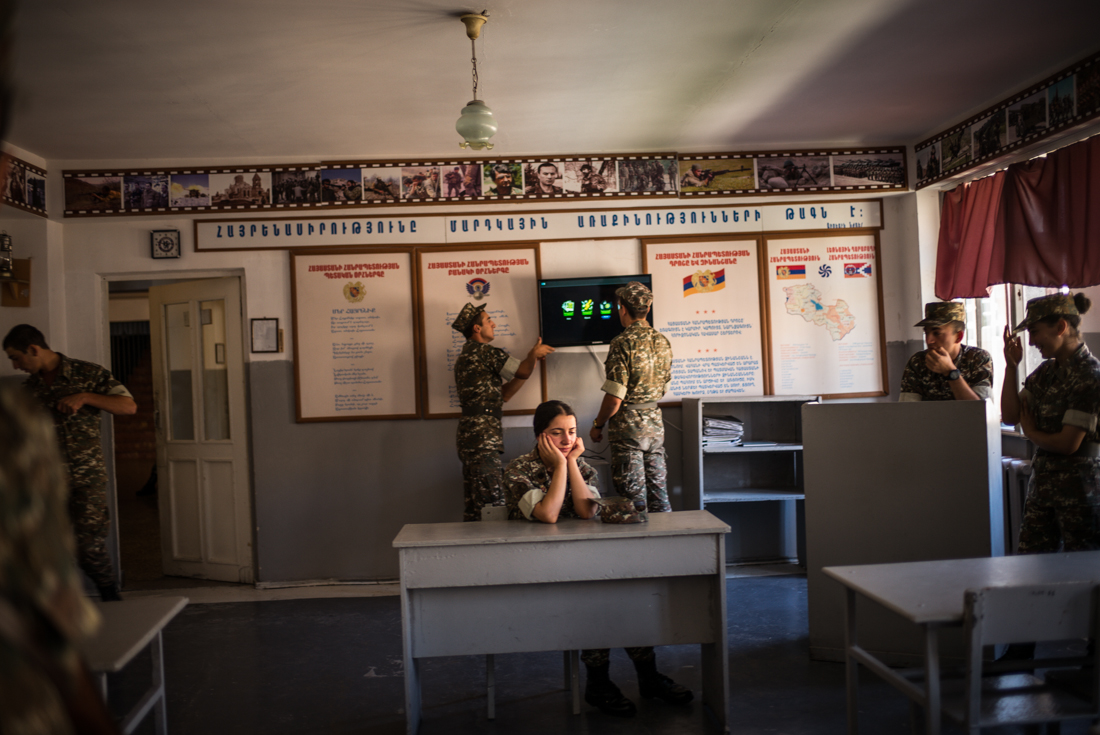 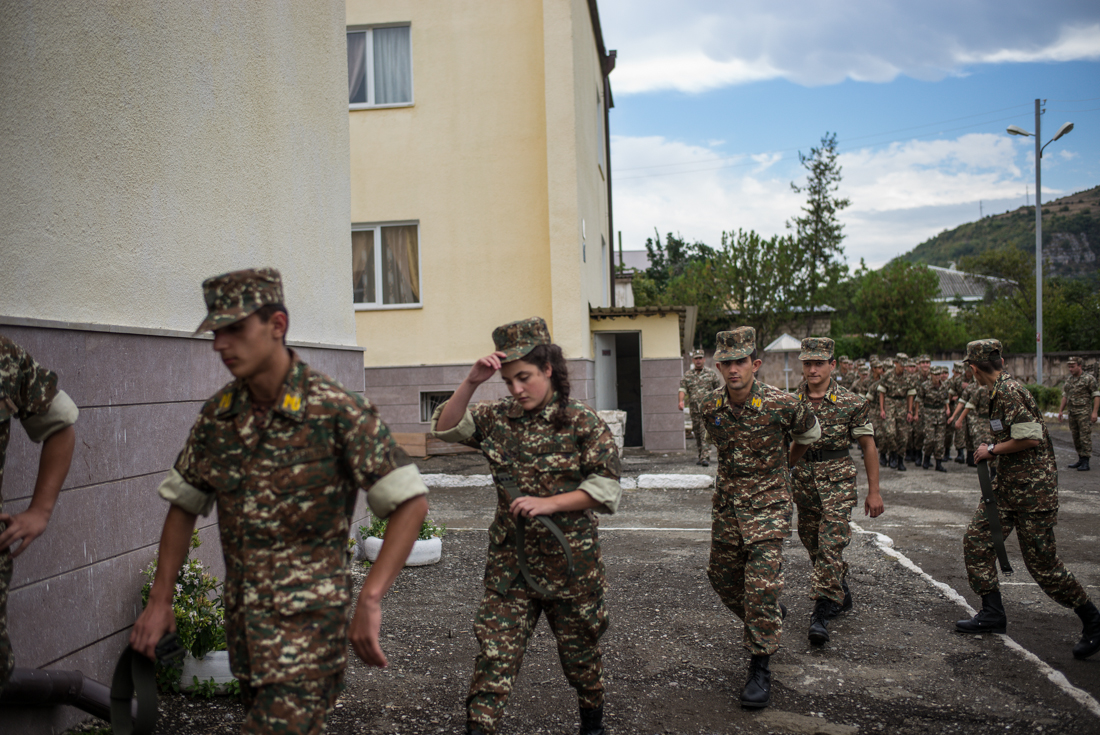 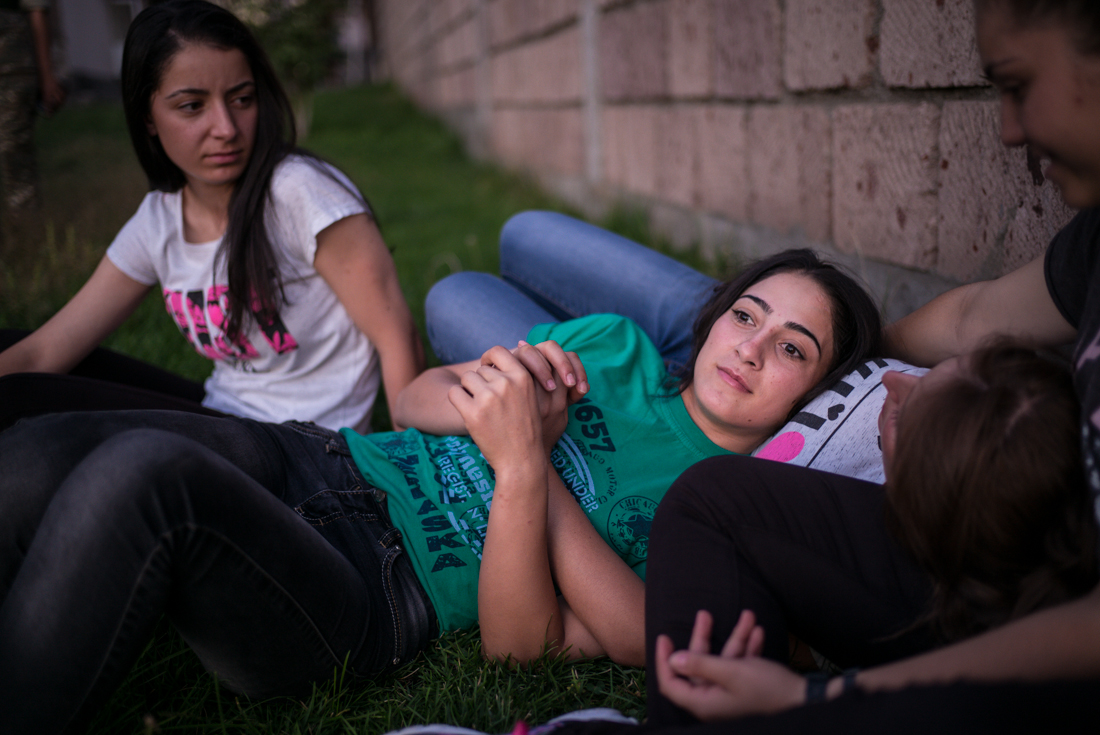 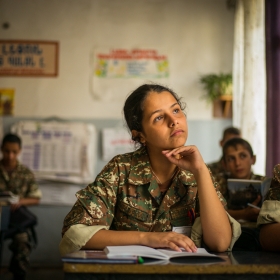 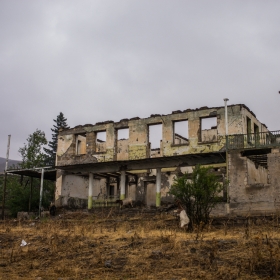 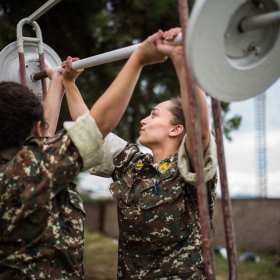 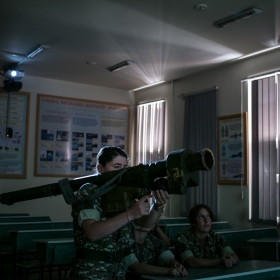 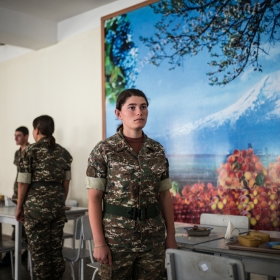 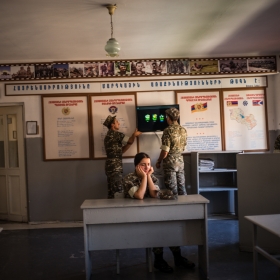 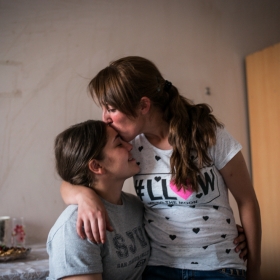 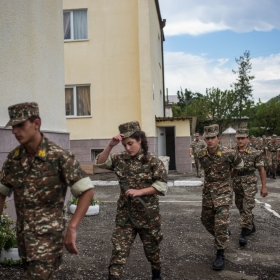 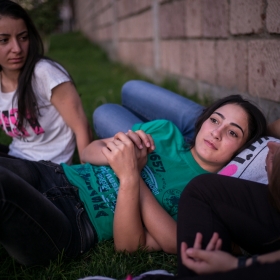 Lena Mucha
Women to the frontline: Female cadets challenging stereotypes in Armenia and Karabakh
Share
Support this photographer - share this work on Facebook.
Since the frozen war between Armenia and Azerbaijan erupted again in April 2016, more and more young girls and women are joining the army to defend their country. But in Armenia and Karabakh, societies that often confine them to traditional gender roles, its only the second year that they are allowed to join the military and become combatants.
Since 2014, twenty-three female recruits were admitted into the Military Academy in Armenias capital Yerevan. One year later they were joined by eleven 14 and 15 year-old girls at a military high school in Stepanakert, the capital of the self-proclaimed region Nagorny Karabakh that split from Azerbaijan in the 1990s.
The young women are a first in conservative Armenia, where their peers are expected to stay at home and rear children. But faced with a declining population, as Armenians leave their country to seek better economic opportunities abroad and parents opt to have fewer children, the government has decided to admit women into the army.
Despite objections against the girls active role in the military, these female cadets shrug off the criticisms. They are sure that one day they will serve on the frontline between Armenia and Azerbaijan just like their male peers.

About author:
I am a German photographer based between Berlin and Munich and frequent collaborator with The New York Times.

After graduating with a Master of Social Anthropology and Political Science from the University of Cologne in 2011, I started photography whilst working in Colombia with different NGOs. My work focuses on stories related to human rights, gender aspects, and social changes within societies and ethnic groups that are mainly under-reported.

I participated in the HEFAT - Hostile Environment and Emergency First Aid Training in Nairobi and the RISC Training in Medellin, Colombia in 2017.