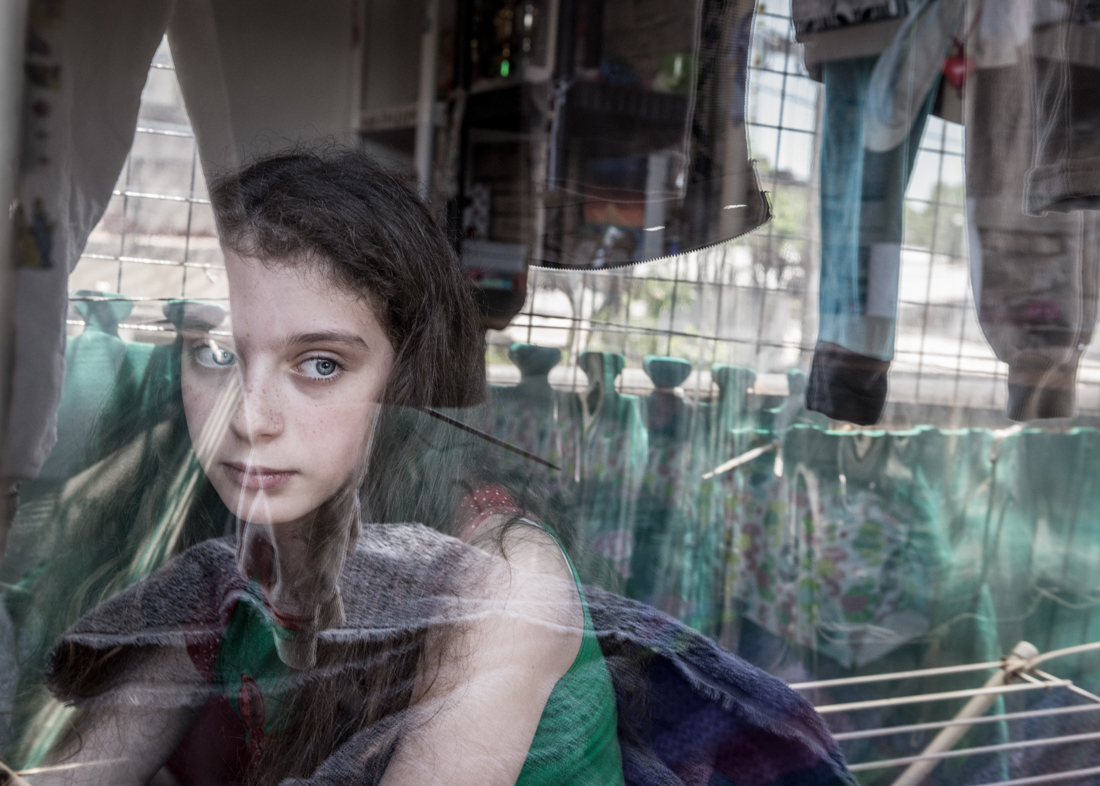 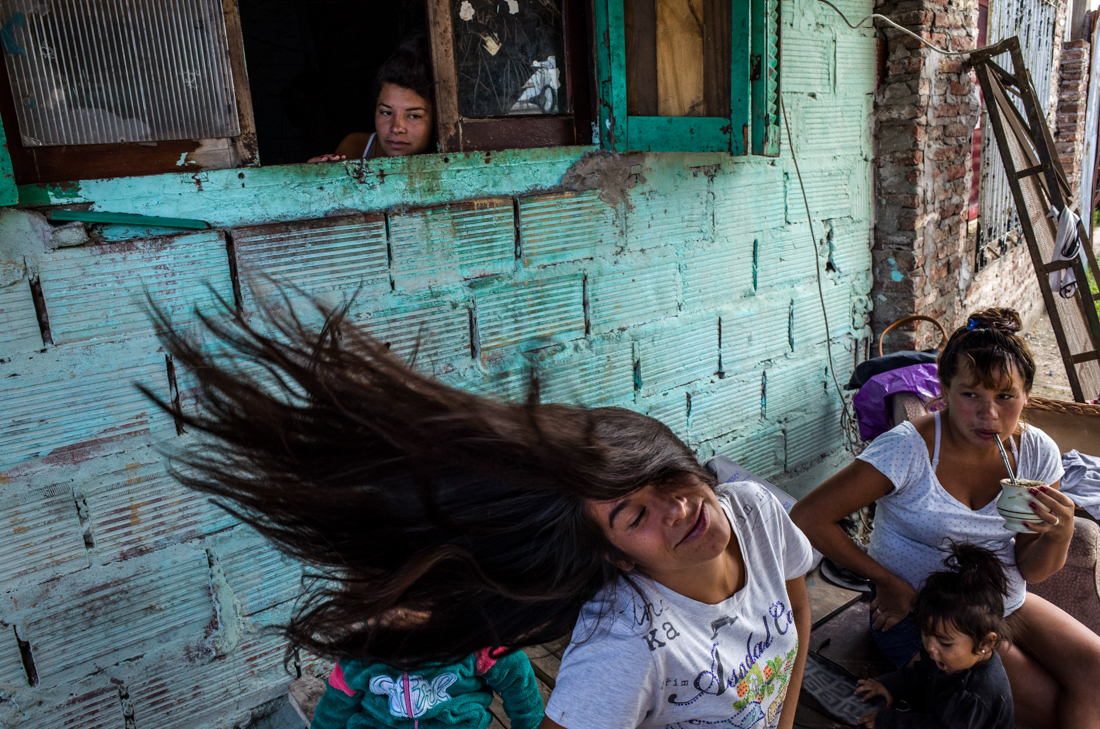 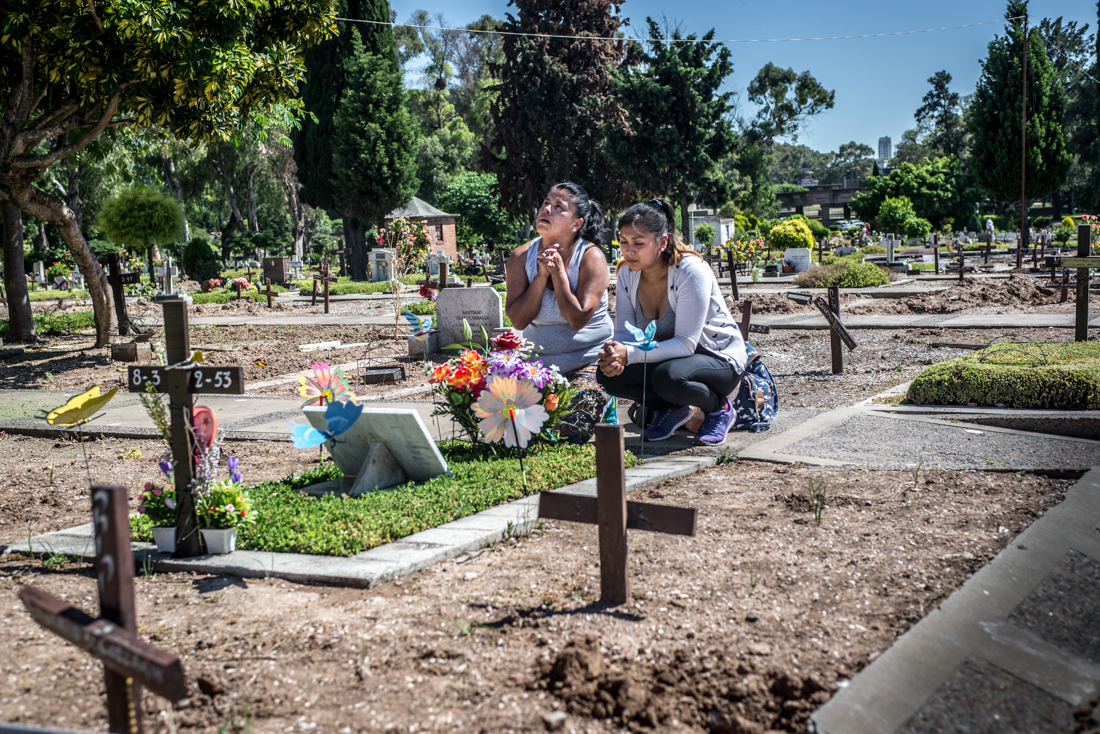 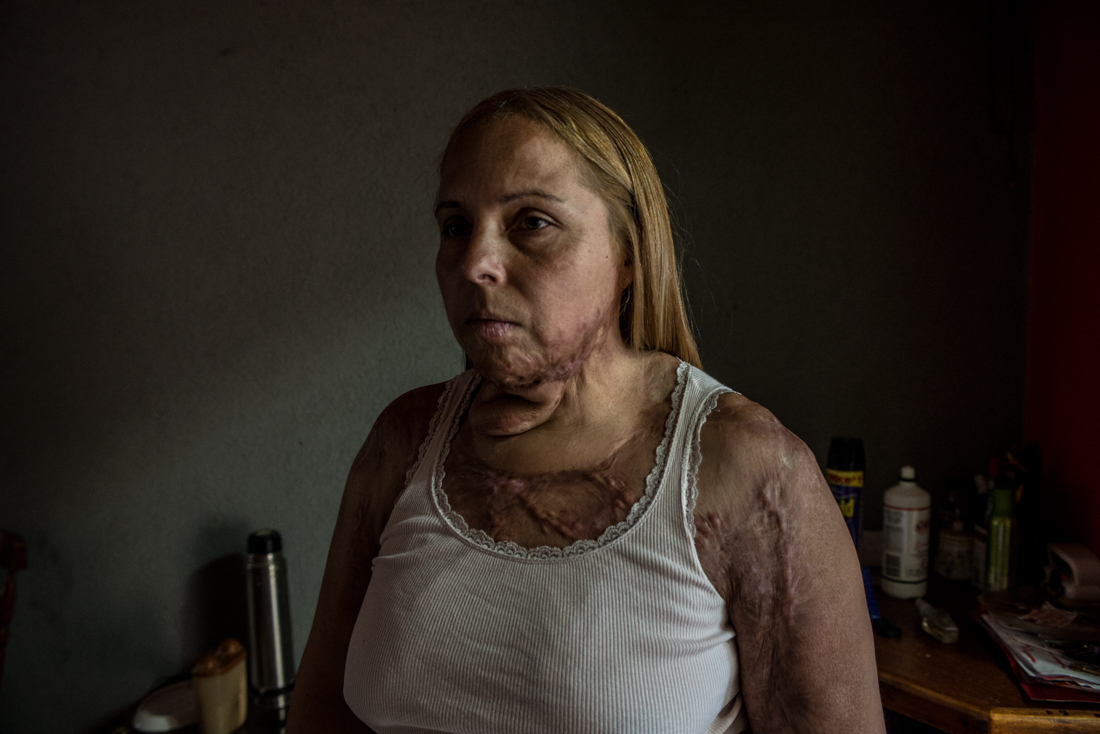 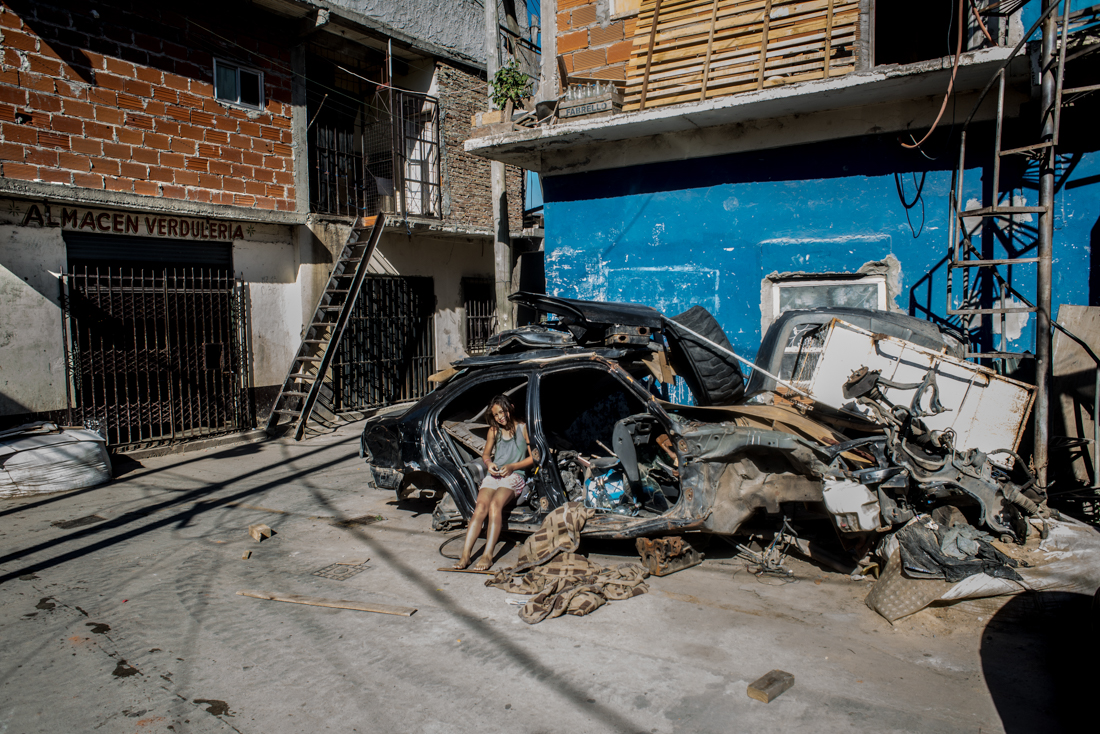 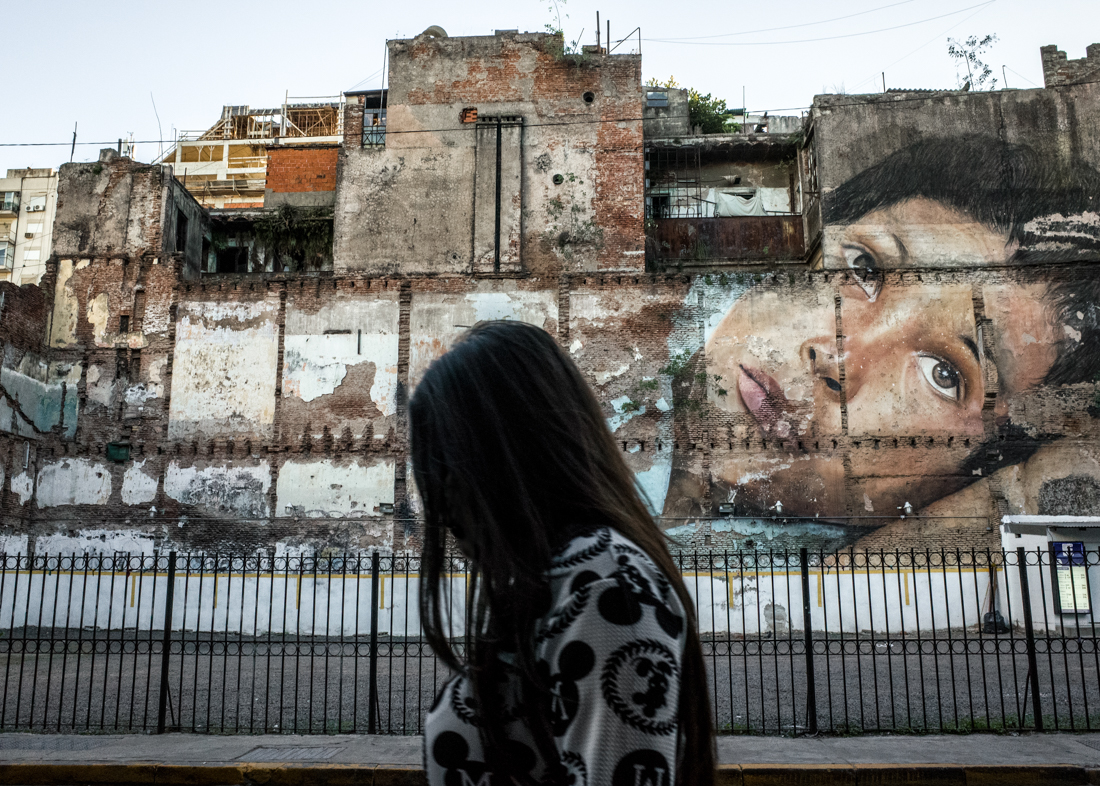 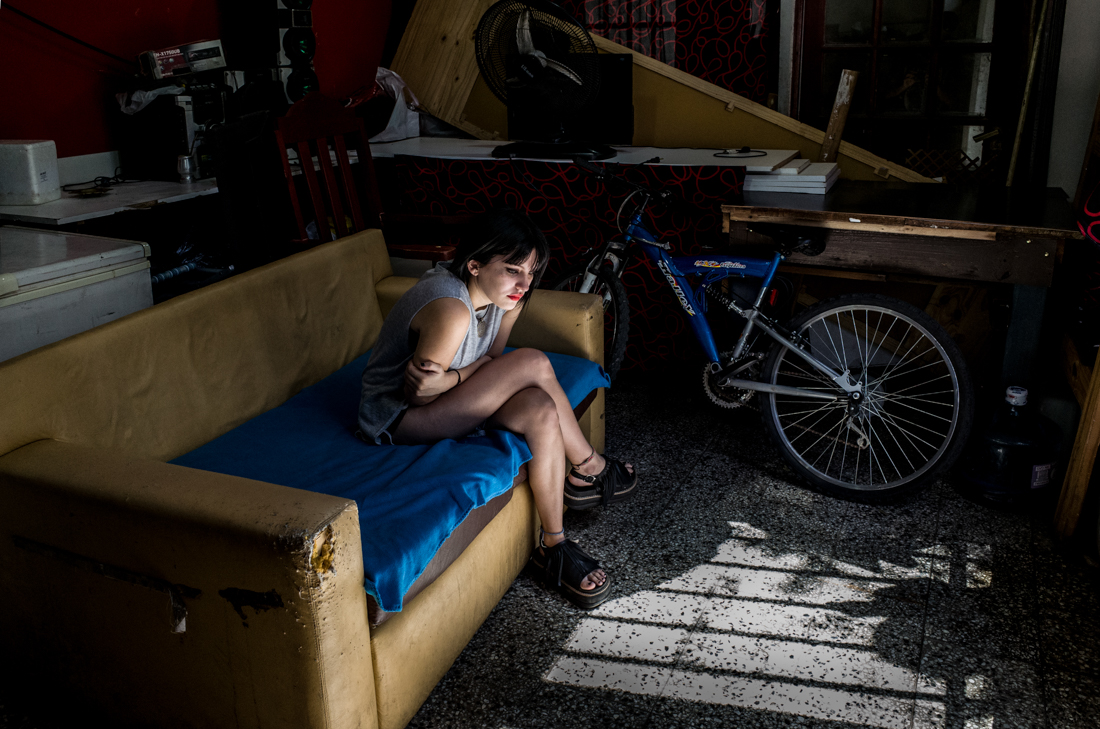 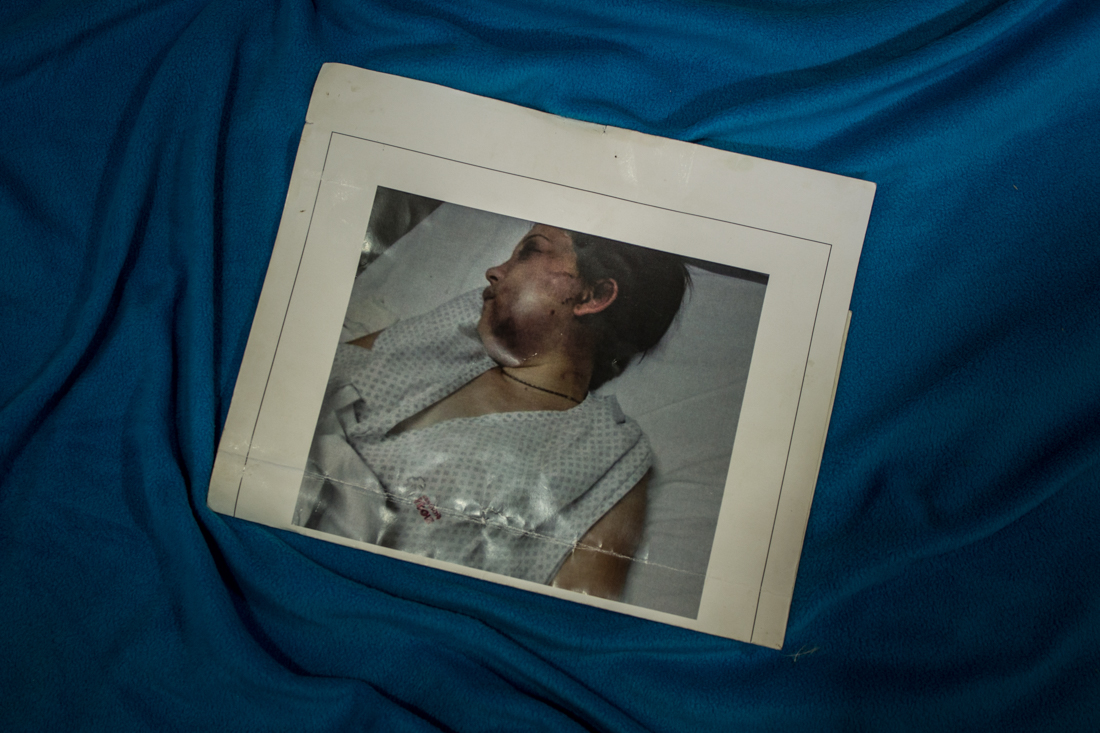 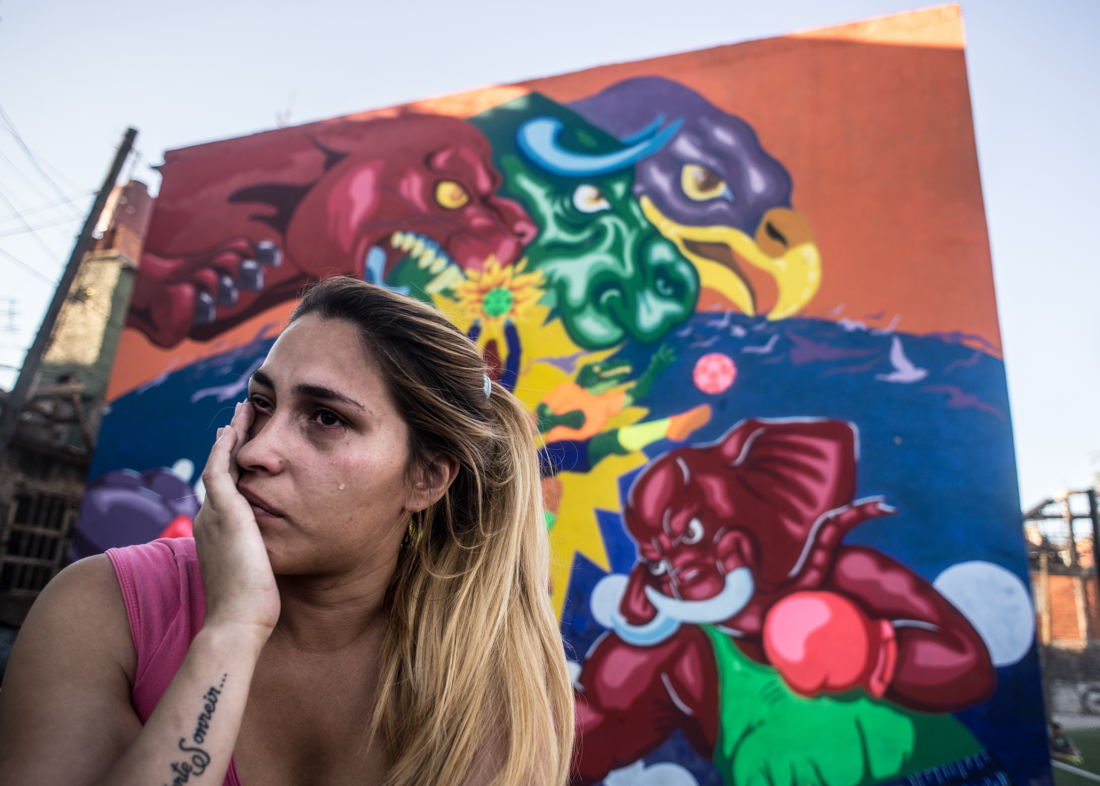 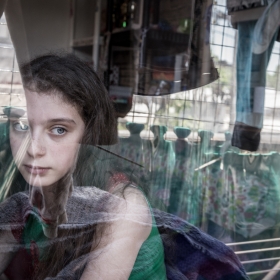 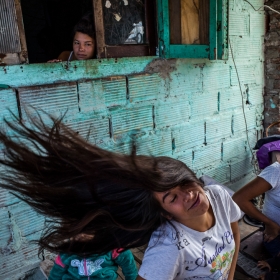 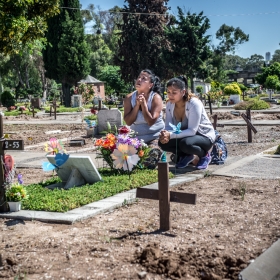 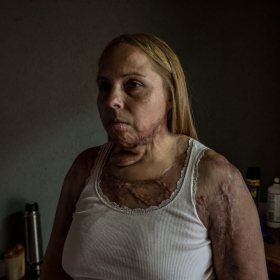 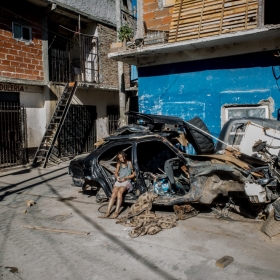 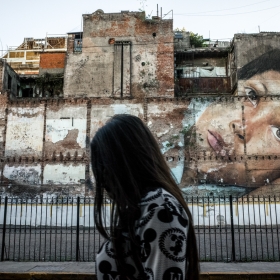 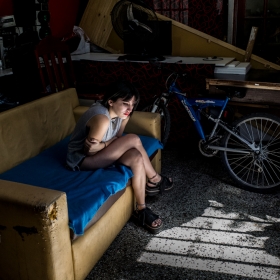 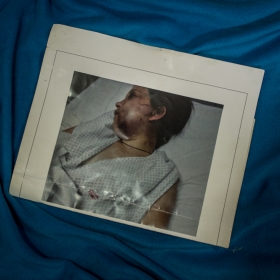 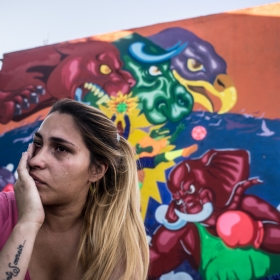 Karl Mancini
Ni una menos
Share
Support this photographer - share this work on Facebook.
In Argentina femicide, the killing of women, it’s a new category of crime recorded in the Criminal Code in 2012 and it’s punished by life imprisonment.
Despite the tightening of legislation, murders of women are increasing in the country. Currently, according to statistics, a woman is killed every eighteen hours.

In the spring of 2015, there had been a succession of atrocious crimes in all the country: women burned alive, hacked to pieces with machetes, even a pregnant woman killed by her boyfriend and buried in the garden of grandparents.
In those days it was created by the feminist collective Ni una menos a protest movement against violence towards women. It was first manifested in eighty cities of Argentina on June 3, 2015, repeating itself in 2016 (June,October and November).
In particular, on October 2016, the whole country was shocked by the death of a 16 year old student. Lucia Lopez, drugged and raped by traders in a house in the resort town of Mar del Plata. Her captors have left the lifeless body in a clinic, citing "an overdose". On examination, the doctor on duty discovered that the girl had actually been impaled and died of cardiac arrest caused by pain.
Immediately is was organized a women’s national strike on october 19, 2016 in Buenos Aires tens of thousands of black-clad protesters converged on the Plaza de Mayo under the rain, waving portraits of women murdered echoing the slogan " we want to stay alive”.
For a year and a half this collective, with unprecedented success, is mobilizing the masses against gender violence till the march 8, 2017 historical women’s international strike where 400.000 women marched in Buenos Aires and millions in 46 countries all over the world. Every time, like never before, more women joined the march starting to claim their rights.
The movement has spread to other Latin American countries, recently also in Europe and USA.

The problem is unfortunately common in all the country and particularly serious in the many Villas Miseries of the cities, slums located sometimes also very close to the city centers where people live in poor condition, criminality is very high and the youngster are in danger. In these places traditional domestic rules and patriarchal composition of society support the violence. Often young girls leave family home in which they suffer domestic violence for a love affair with people belonging to gangs who introduce them to the world of drug or they become victims of the human traffic, kidnapped and forced to prostitution. Only In buenos Aires there are1500 brothels, 40000 in the country. Frequently girls between 13 and 16 get pregnant. Often police doesn’t take the reports, corruption is very common and women suffer domestic and psychological violence for several years.

About author:
Karl Mancini (b.1978) is an Italian-Argentine documentary photographer based out of Rome. He studied photojournalism in New York at the International Center of Photography (ICP). Since 2001 he has worked in more than 90 countries, with a particular preference for Asia and South America, as a freelance photojournalist and writer, following socio-historical and political events and focusing on issues such as violence against women, war aftermaths, minorities, human rights, migration, the tragic story of landmines (to which he has dedicated years of work) and genocide, which he reported on from eight different countries. His longterm work NI UNA MENOS about the feminicide and the violence against women has been shortlisted at the Sony World Photography Award 2017 in the Current affairs & news category and was finalist at the Kolga Awards 2017. His works have also been exhibited in USA, England, Russia, Australia, India, Japan, Italy, Greece, Switzerland and in many important international festivals, earning him awards at IPA Awards, MIFA Awards , TIFA Awards and IPOTY Awards. His stories have been featured in some of the most prominent magazines and newspapers from all over the world and he regularly collaborate with International NGOs and international magazines and newspapers such as Newsweek, Marie Claire, Vanity Fair, Der Spiegel, CNN, Internazionale, El pais, NZZ am Sonntag, Woz, Io Donna, il Venerdi, La Repubblica, Il Corriere della Sera. In 2014 he was selected as one of the Emerging European Talents by the online magazine LensCulture and was one of the finalists at Portfolio Italia-Fiaf. In 2015 he published a book, ITALIANSKIJ, about the Italian community in Crimea persecuted during the Stalinian Purges. Since January 2014 he has collaborated with the Echo Photojournalism, and in 2015 he has been appointed staff photographer.