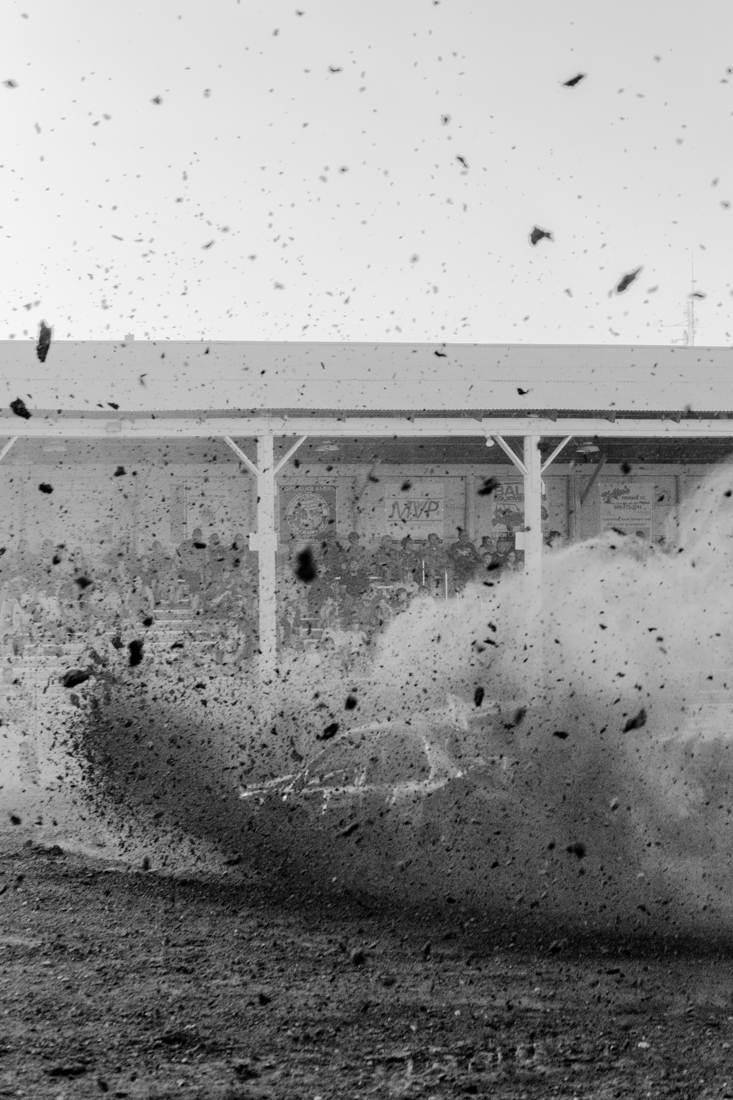 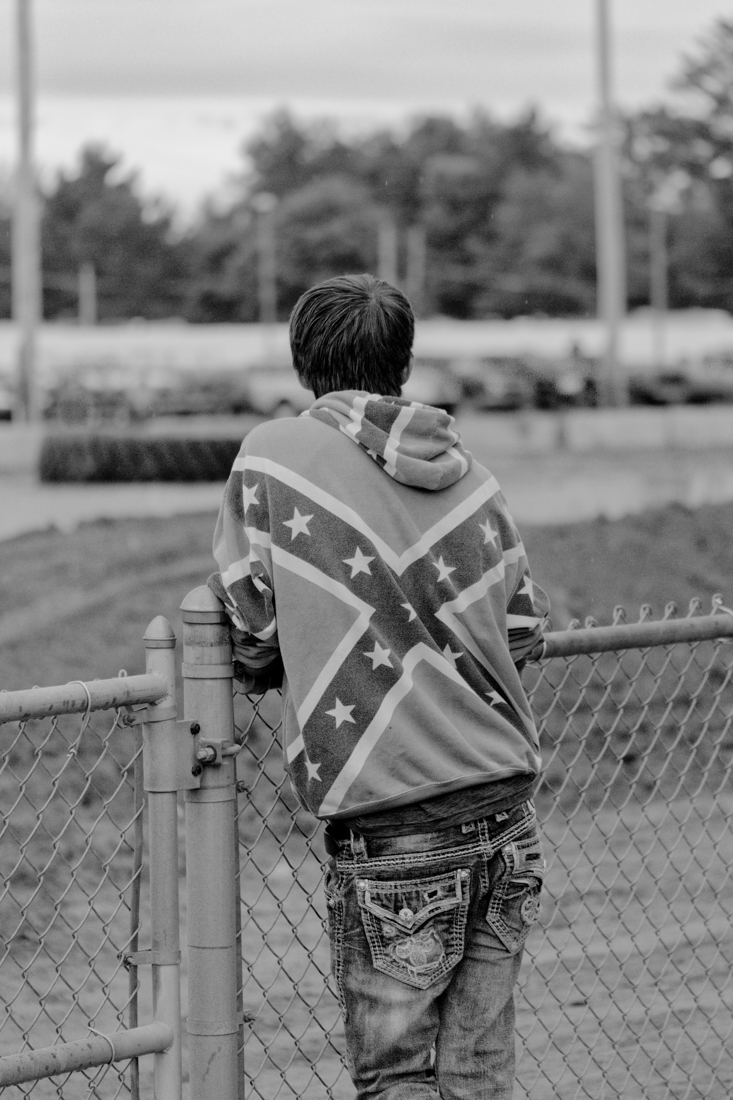 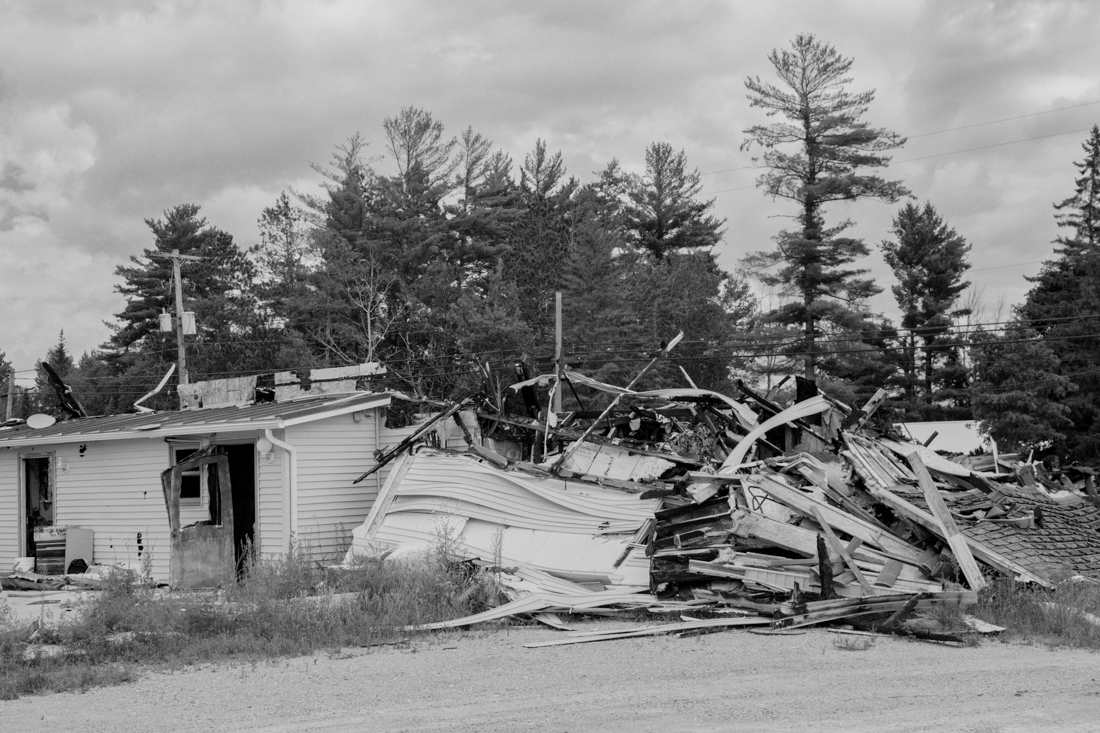 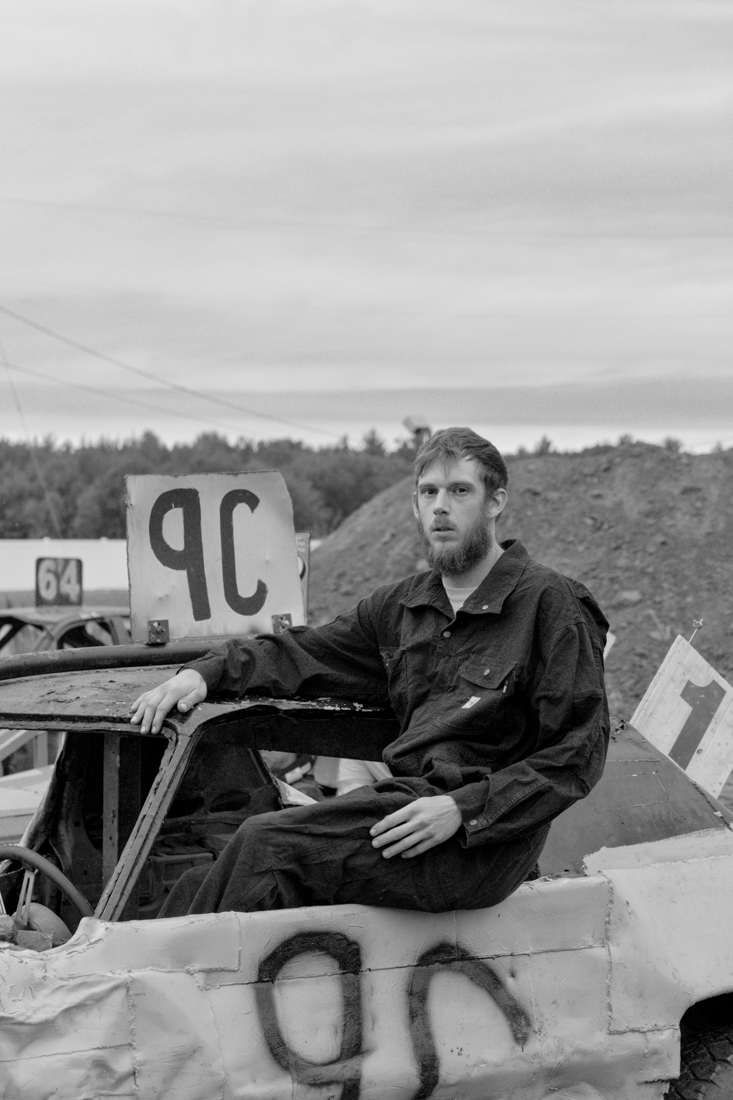 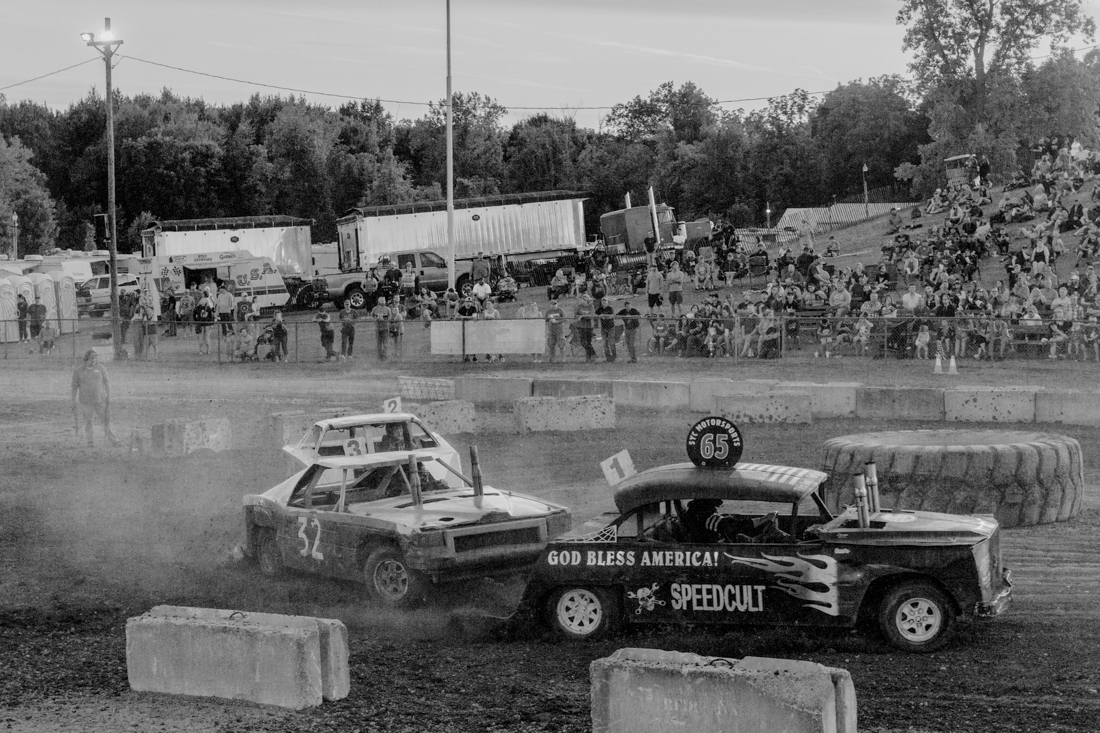 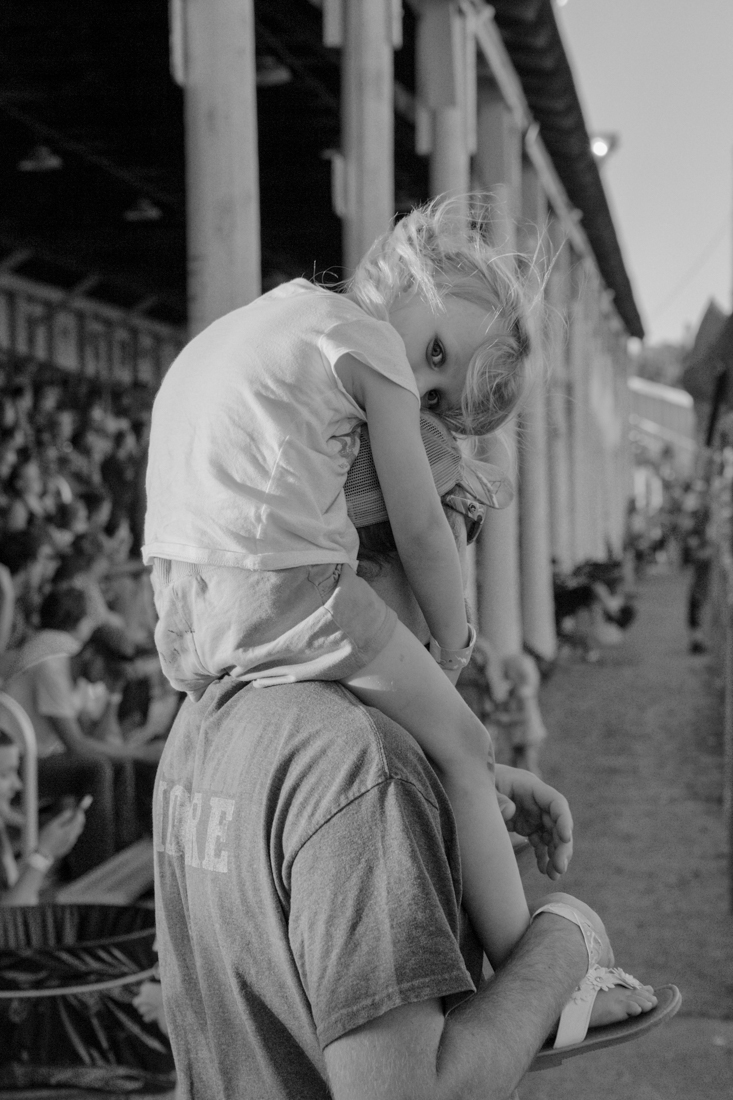 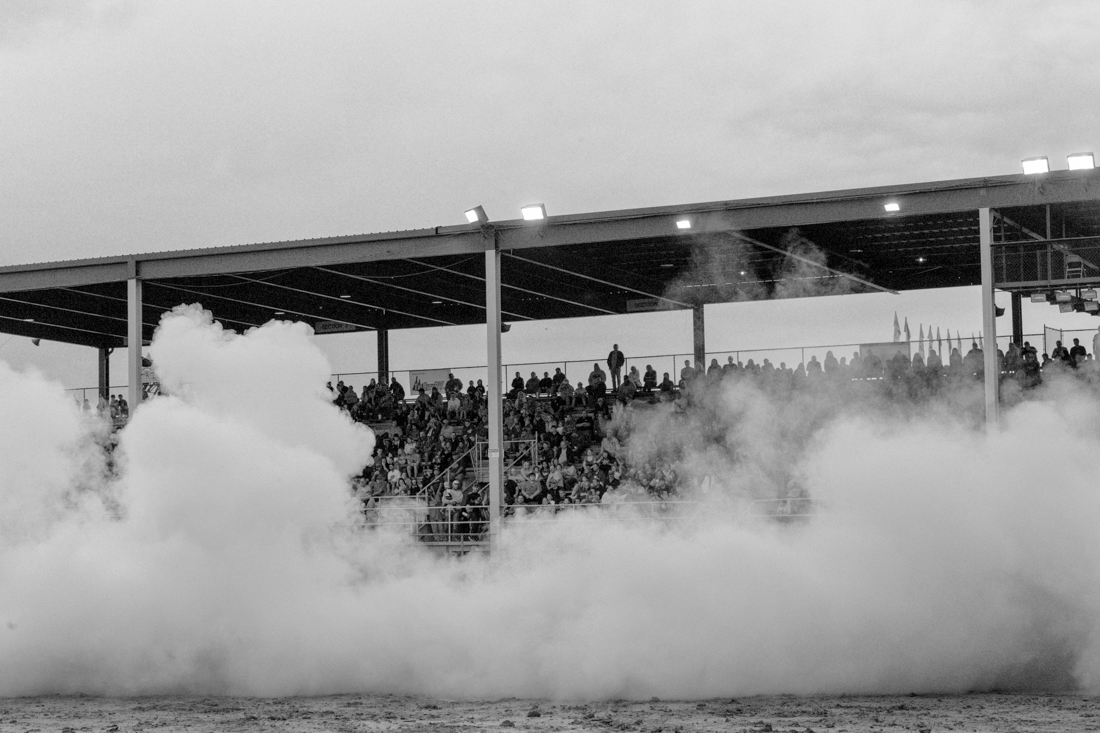 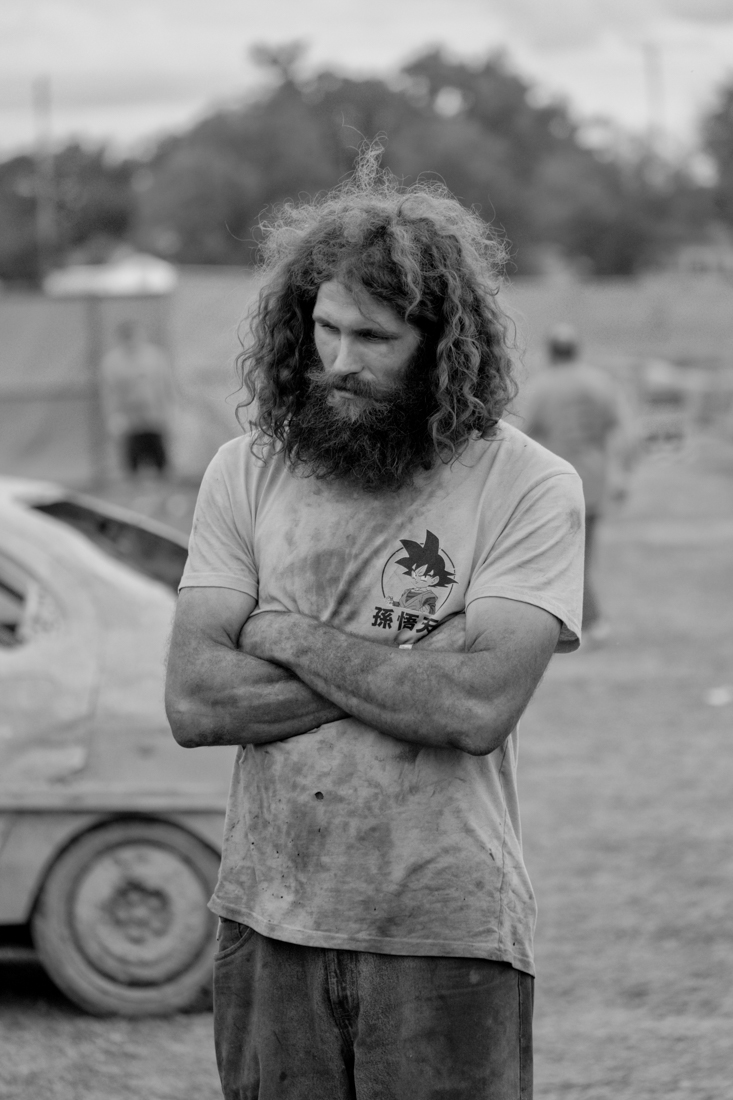 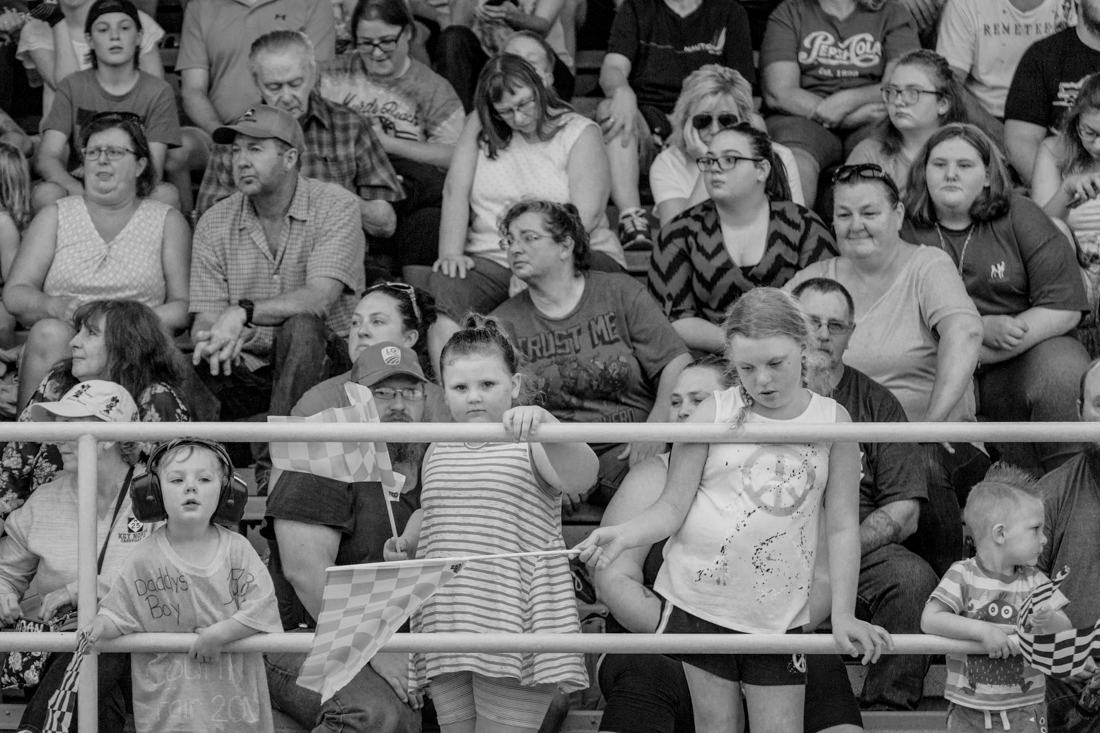 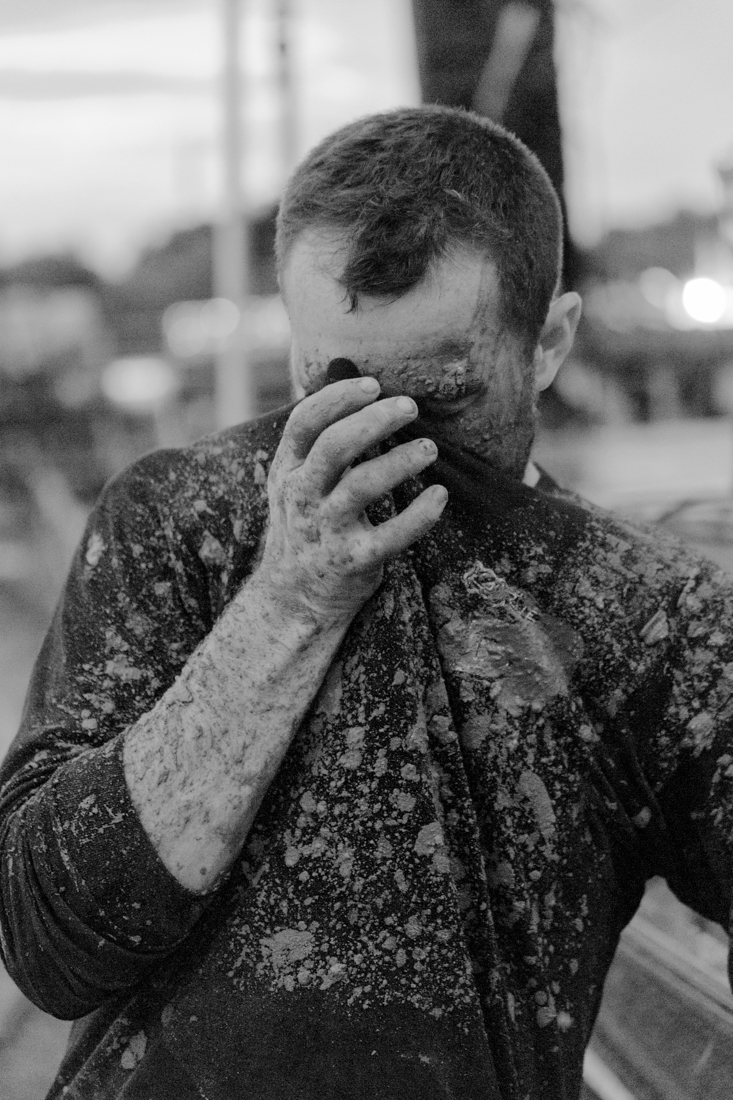 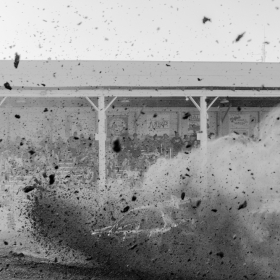 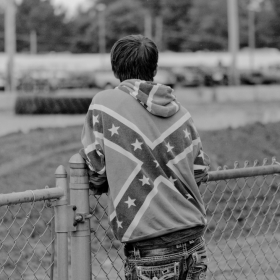 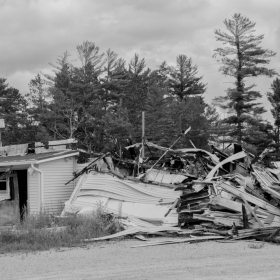 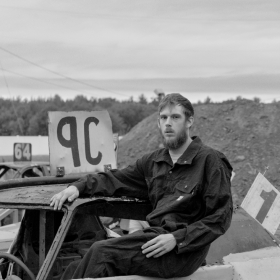 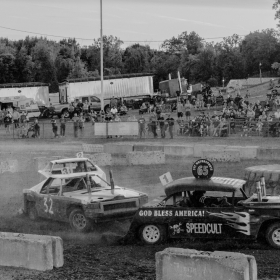 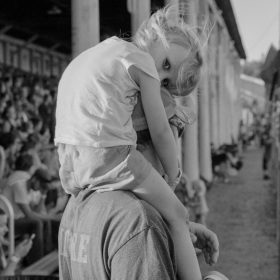 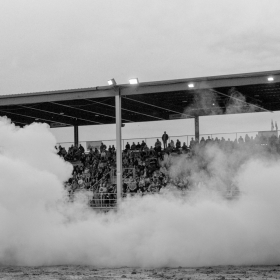 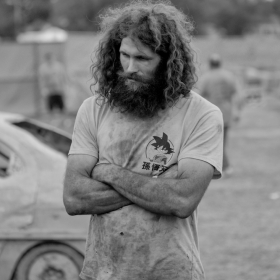 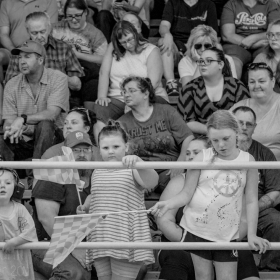 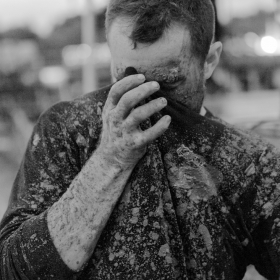 “Ten, nine, eight”, the electrified crowd chants in chorus. “Seven, six, five, four, three, two, one, go!”. Within seconds, a myriad of colorful cars roars into action and start racing and crashing into one another. Demolition derby is a fight to the end with a simple idea behind, elimination through destruction.
Beginning in the later half of 2008, a global-scale recession adversely affected the economy of the United States.
A combination of several years of declining automobile sales and scarce availability of credit led to a more widespred crisis in the United States auto industry that has its heart in Michigan where more than 800,000 people lost their jobs between 2000 and 2009 as the subprime housing bubble burst, sending hundreds of thousands of homes into foreclosure as the automotive industry collapsed among the rubble, leading to the bankruptcies of General Motors and Chrysler.
Demolition derbies brought me in the areas of this state that have been hit by this financial and social tragedy, traveling from the industrial cities of the south, already strained by decades of racial injustice towards the rural areas of central Michigan, a fertile land for president Trump’s ideals and politics. These events take place all over the United States and especially in its most rural and poorest areas but in Michigan, where the automotive industry was born, cars and motors have always been a sort of cult for the whole population, a cult that finds his most powerful expression in the the desire by men, women and kids to build fast cars from wreckages and race in temporary dusty arenas where crowds of adults and children cheer for their steel gladiators, keeping communities together after the worst recession in generations that hit them so hard and that now, after many years of uncertainty, maybe is coming to an end, maybe.

During my first trip, on august 2019, I spent one month traveling thousands of miles in order to photograph a series of demolition derby events that took place all over the state. The result is a large editing of 120 photographs focused on this topic. To complete this project I’d go back for another month in the southern and central part of the state, focusing on the social and economic background that made Michigan the epicenter of the motor industry and more recently the epicenter of the socio-economic crisis that has affected the whole United States and that has laid the groundwork for the rise of the populism that beard the ascent of Donald Trump.
In order to unveil the social exceptionality of Michigan, I’d collect new photographs, especially landscapes, that speak of the past and the present of this state, combining images related to the history of automotive industry and images about the chronic and the recent issues that have shaped a society where phenomenons like insolvency, abandon, racism, nationalism are vivid and shape the communities of this state.
My aim is to realize a book.

About author:
Francesco was born in Aosta in 1986 and he’s based in Milan. After a bachelor's degree in industrial design at the Politecnico University of Milan, he completely devoted himself to photography. After covering Italian news, now he works mainly on personal long-term projects, reportages and editorials.

In 2012, Francesco has been published on the book “Mono vol. One” alongside renowned photographers such as Daido Moryiama, Anders Petersen and Antoine D’agata. In 2016 he has been selected by the British Journal of Photography in order to be part of “The Talent Issue: Ones to Watch”. In 2020 Francesco has been nominated for the “Prix HSBC pour la Photographie”.

Francesco’s first book “The Flood”, published by Void, will be launched in 2020.