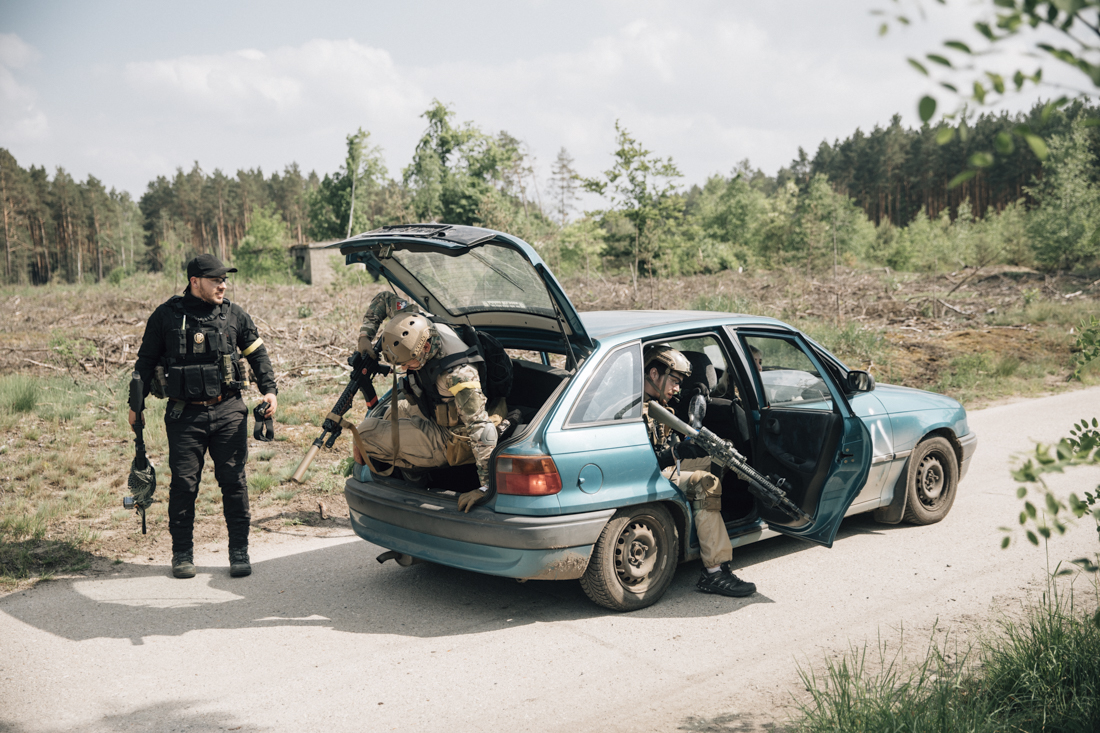 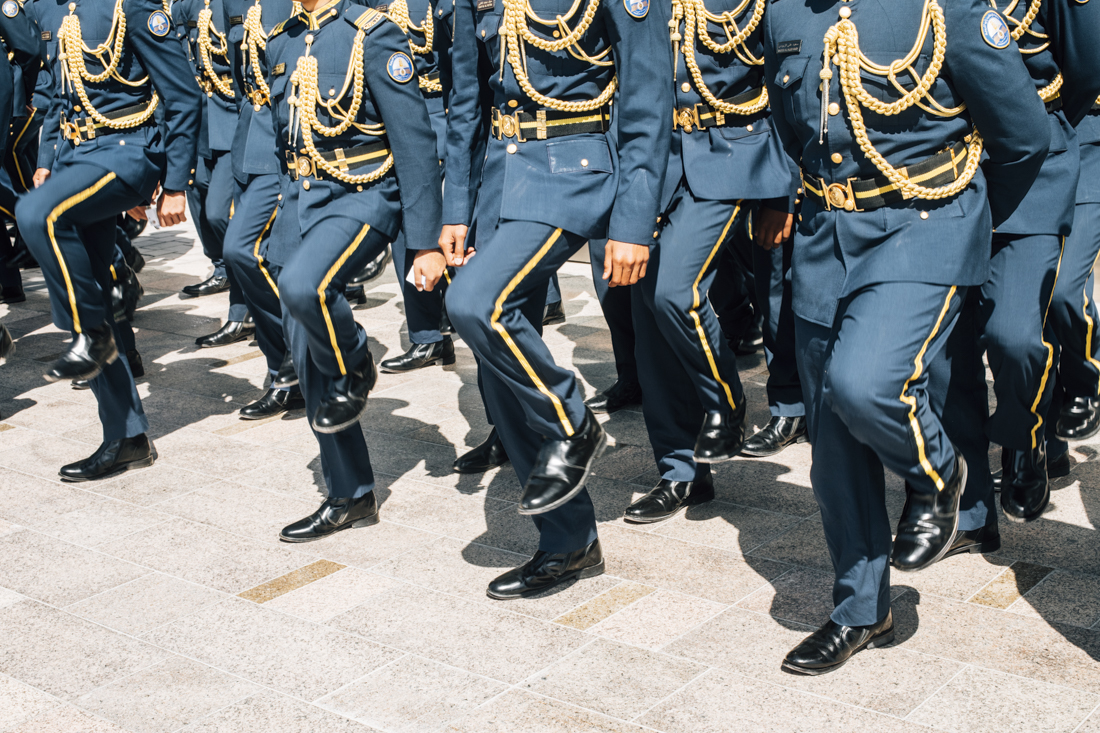 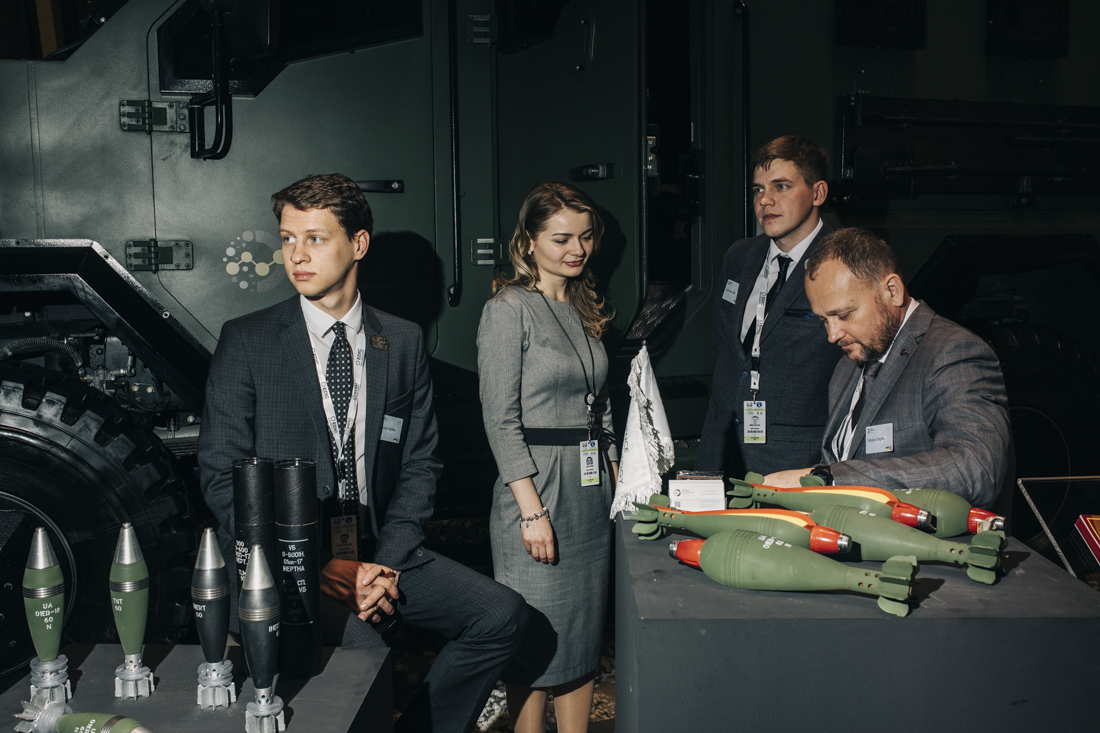 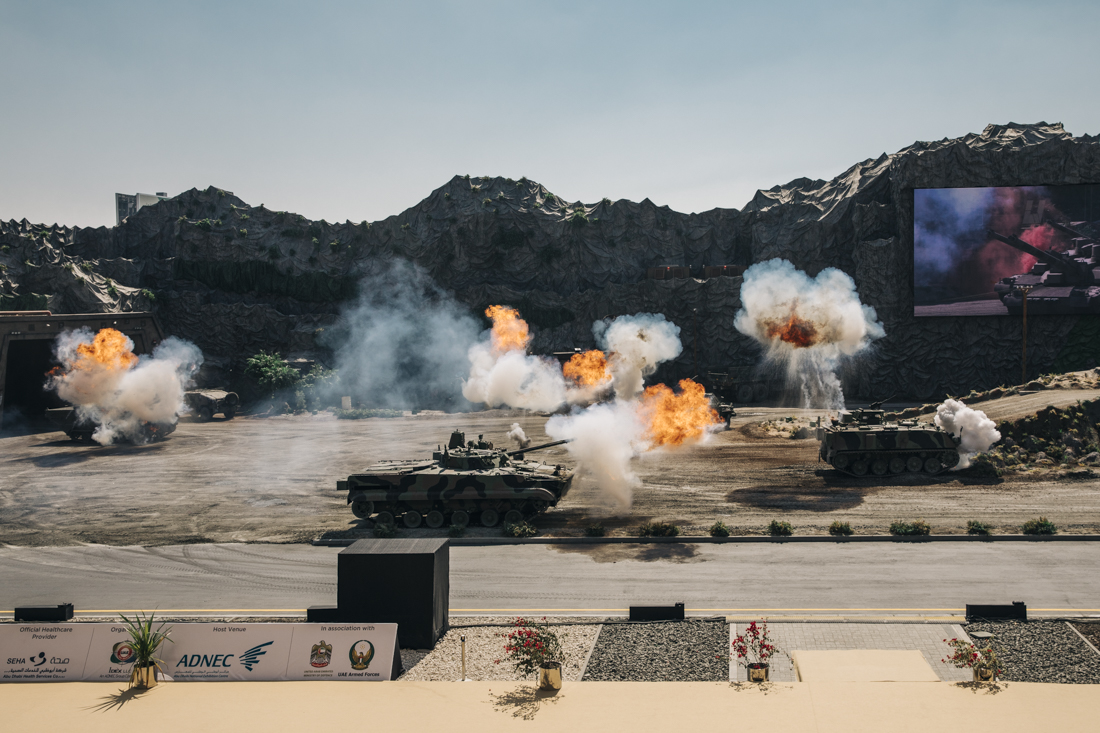 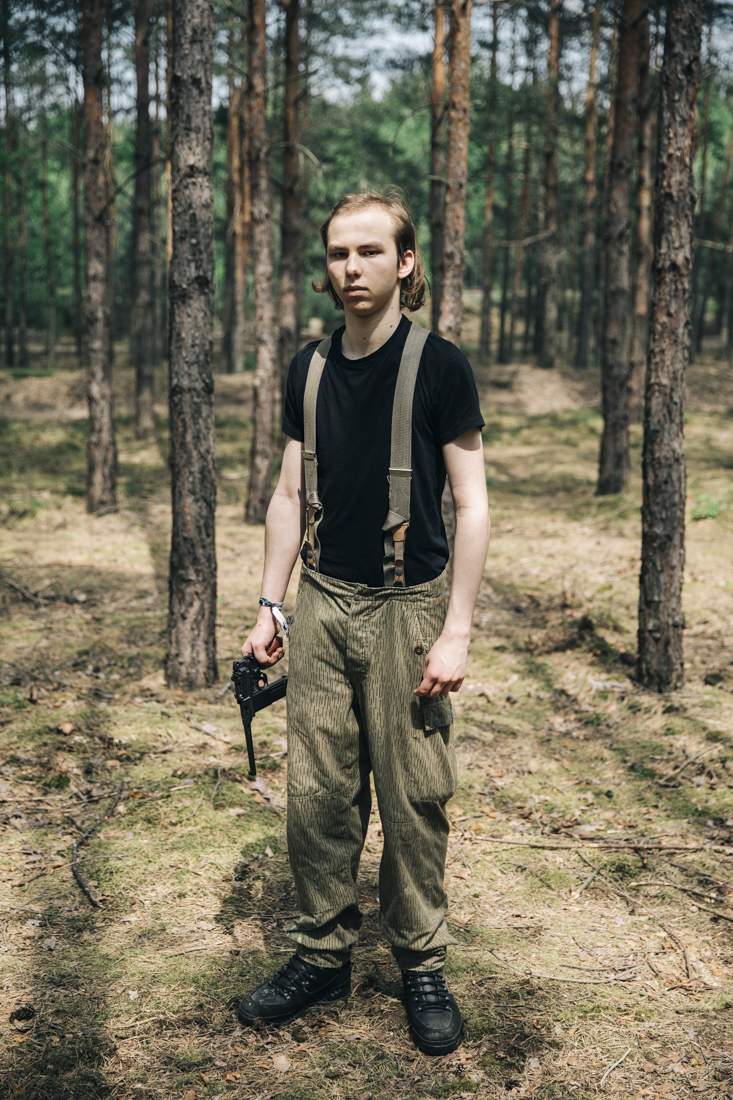 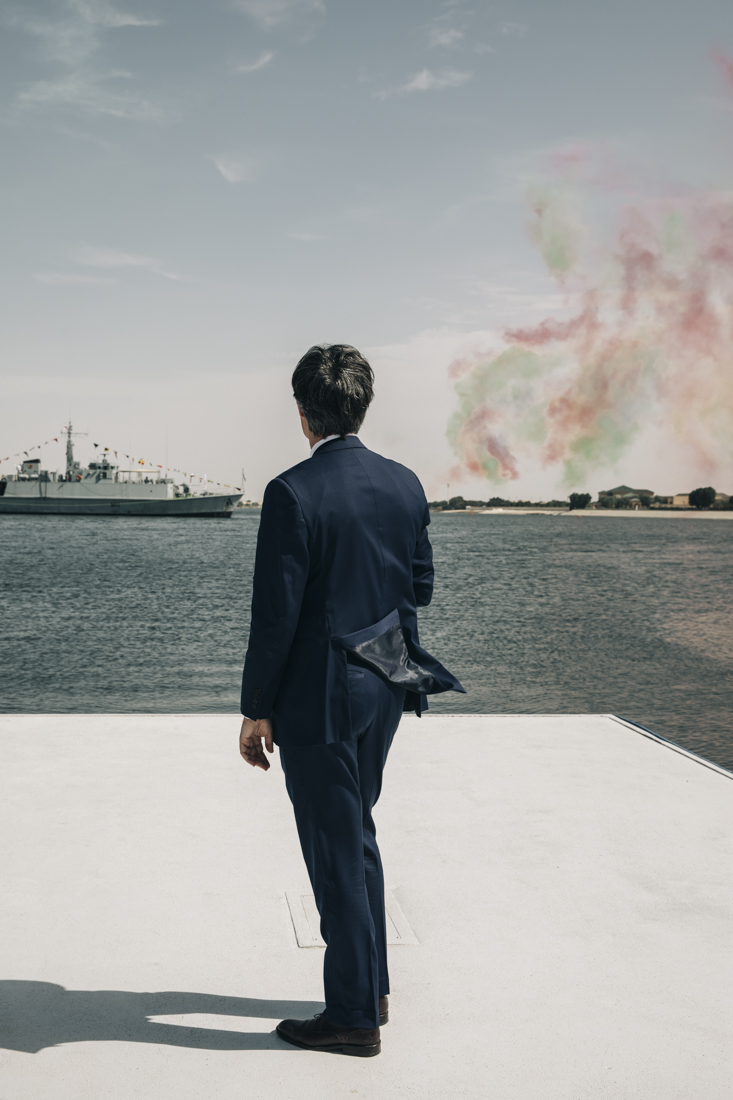 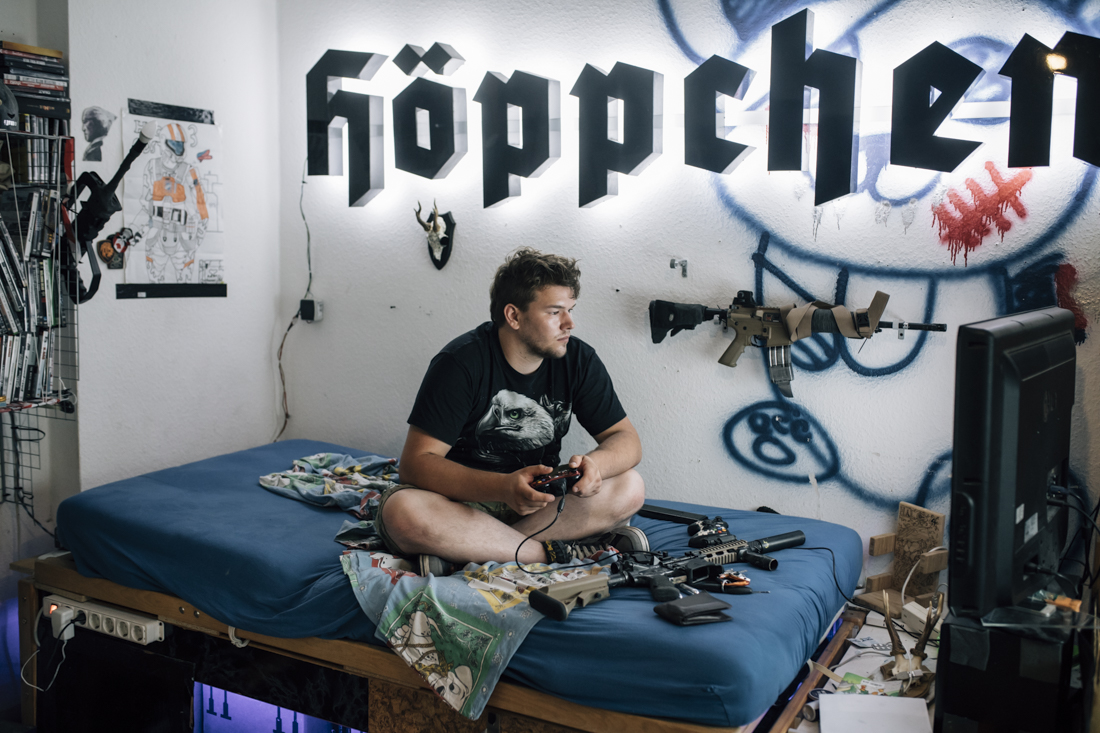 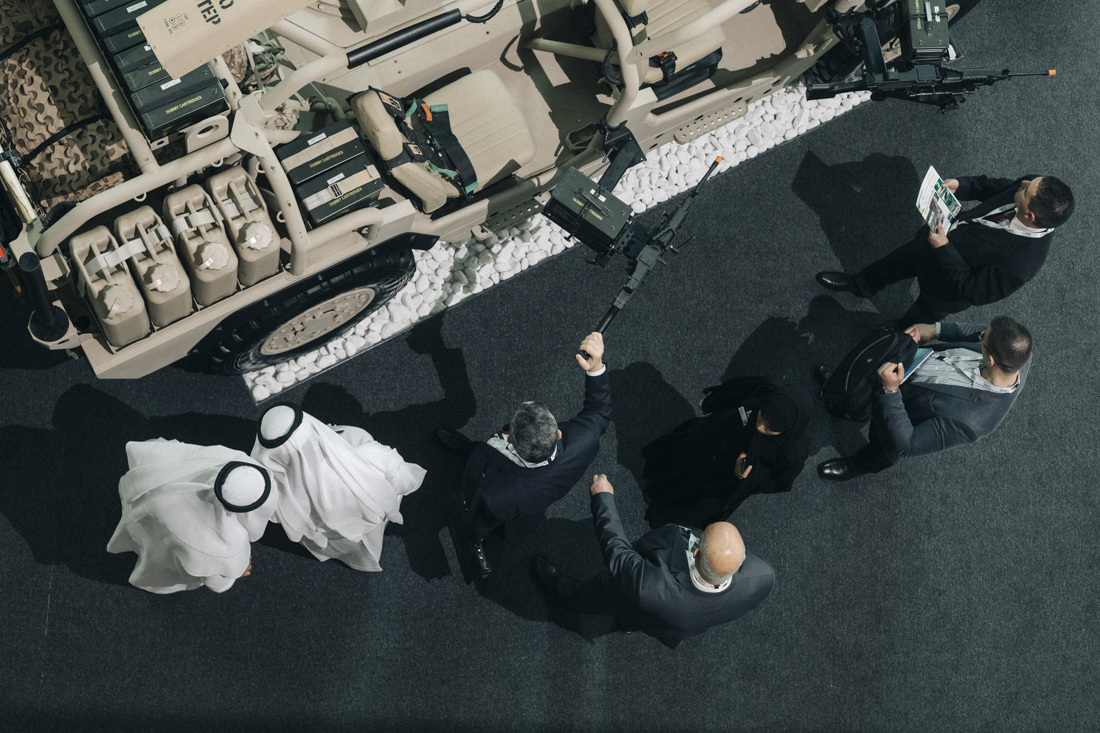 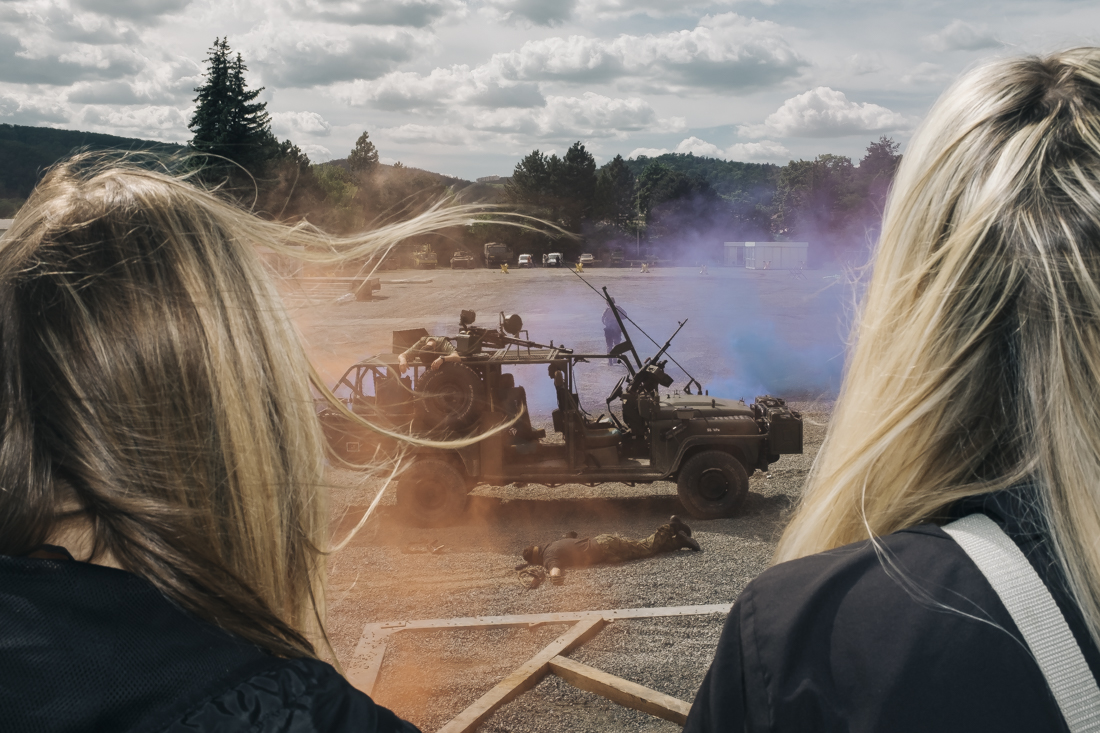 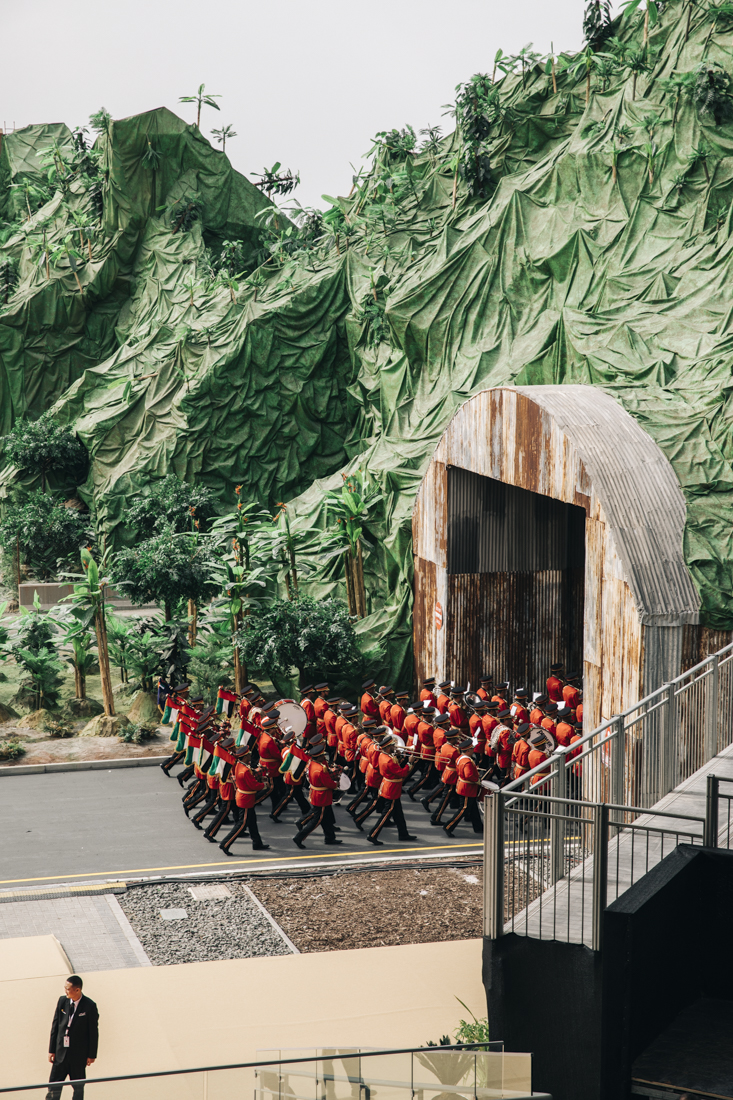 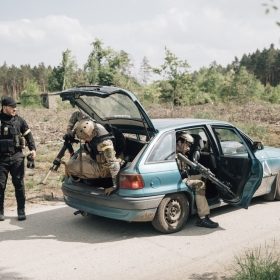 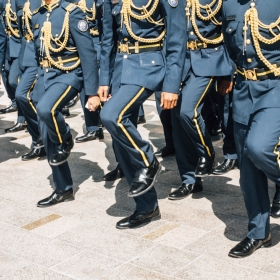 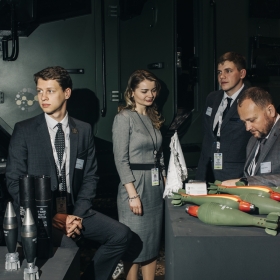 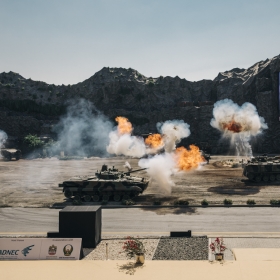 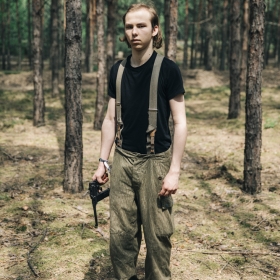 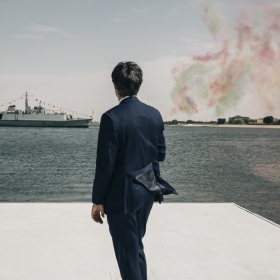 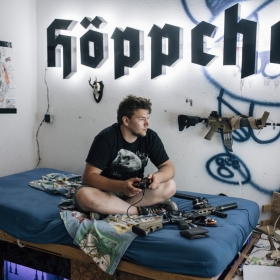 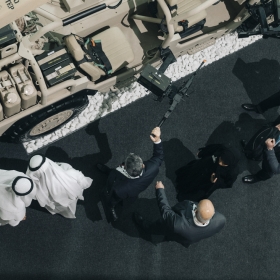 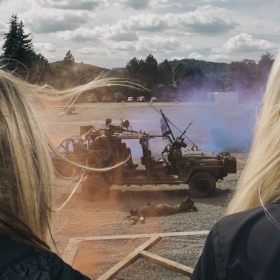 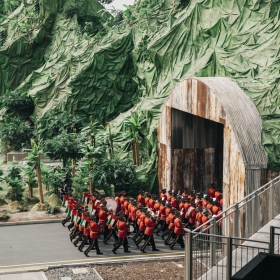 Rafael Heygster
"I died 22 times"
Share
Support this photographer - share this work on Facebook.
The photographic work and shows and questions the way our culture deals with "warfare" outside real battlefields.

War does not only manifest itself as a military conflict on battlefields with clear physical fronts, it also appears more abstractly in our society in various places.
“I died 22 times“ deals with the question "Where does war begin?"
The series combines motifs from different scenarios.
Images of weapons fairs (war as a business) are combined with motives of Airsoft, a
dubious leisure activity (war as a game).
All scenarios have one thing in common: "War" is staged as something entertaining
and at the same time harmless. Nobody dies. War is thereby made consumable.

Background
The representation of war is ominpresent in our everyday lifes: References to war
can be found in games, movies, entertainment, tourism, sports and business. At
the same time, „real war“ feels far away, because in the cultural representation
war is purged of the deadly effect. Instead, most scenarios obtain elements of
gamification: Motivating, fun and entertaining elements are in the foreground,
while the horrible things which happen in real war are not part of the staging.
Where does our fascination for wars come from? How does the acceptance of the
civilian population arise that their nations invade other countries and wage wars?
Can we divide our world into the „good“ ones we identify with and the „bad“ ones
we have to fight? What effect does it have on us that the heroes in movie blockbusters
and video games are often intrepid warriors who fight and win big battles?
Isn‘t it the arms industry that produces the most technical innovations that
also are used in the civilian sector? Doesn‘t feelings of power and dominance
can also be appealing? Didn‘t we play „robbers and gendarmes“ as children? Is
destructiveness in humans predisposed? Where does war begin?
„I died 22 times“ shows and questions the way our culture deals with „war“ outside
real battlefields.
I do not claim to provide simple answers to this very complex topic full of contradictions.
But I hope to contribute with my pictures to a debate about this questions
and that the viewers of my story think about their own position.

Production
This project has started in 2016 and I will continue to work on it for two more
years after the corona crisis will have ended. I am working on this topic in different
chapters and combine them in the end. Every single chapter also works as
a stand-alone Reportage which could be published in magazines. A few pictures
of every scenario will be added to the final edit. Depending on time and budget,
every year I visit and photograph up to five differnt events.

About author:
Rafael Heygster (1990) is a freelance photographer based in Hannover and Bremen, Germany. From 2010 to 2015 he stu­died cultural anthropology and political sciences at the Uni­ver­sity of Hamburg. Since 2015 he studies photojournalism and documentary photography at the Uni­ver­sity of App­lied Sci­en­ces and Arts Hannover and at DMJX in Aarhus. In his work, he focu­ses on the relation between individuals and their social, cultural and ecological environment. His works have been awarded and exhibited internationally. In addition to his independent long-term projects, he works on commission for editorial clients, agencies, companies and NGOs.

Helena Manhartsberger studied International Development in Vienna and photojournalism and documentary photography in Hanover and Aarhus.
Her thematic focus is on the interface between politics, society and gender issues. She has worked in Sudan and Indonesia, among others. Her reportages have been exhibited internationally.