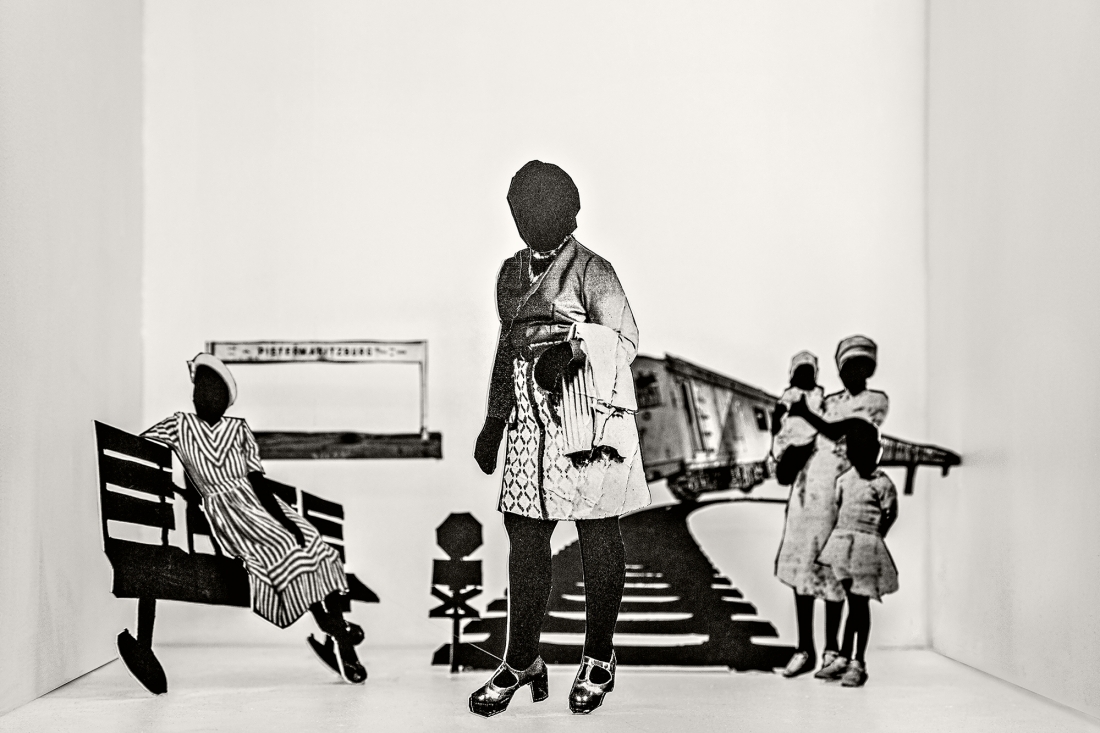 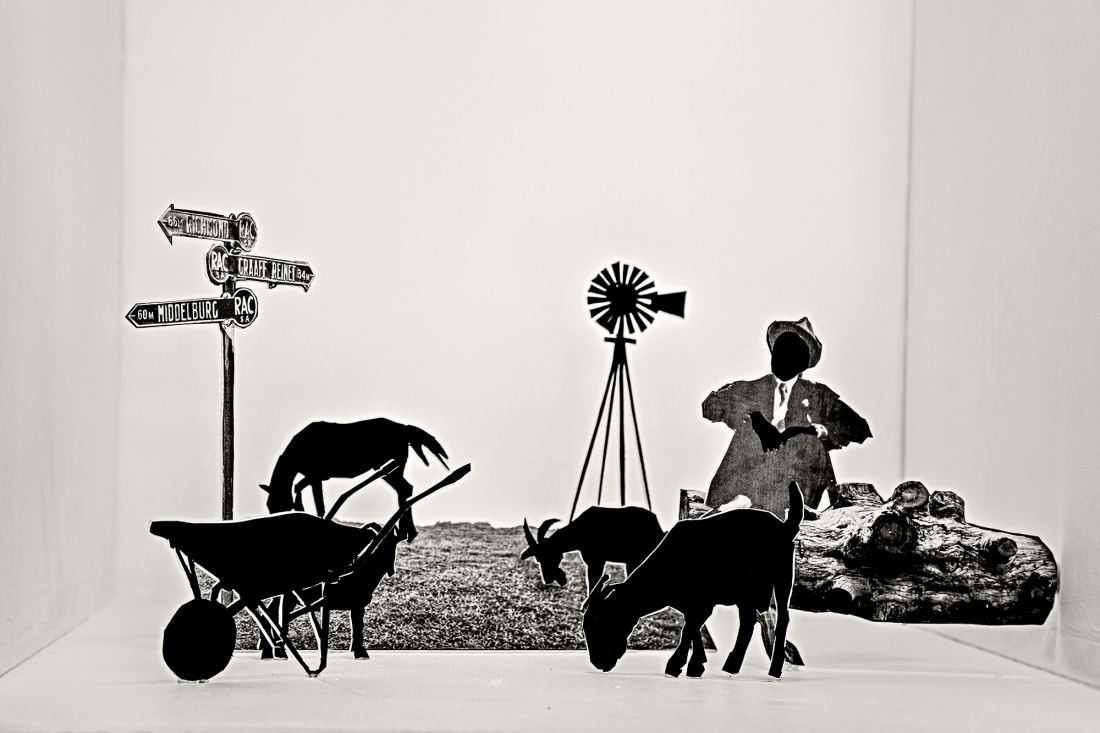 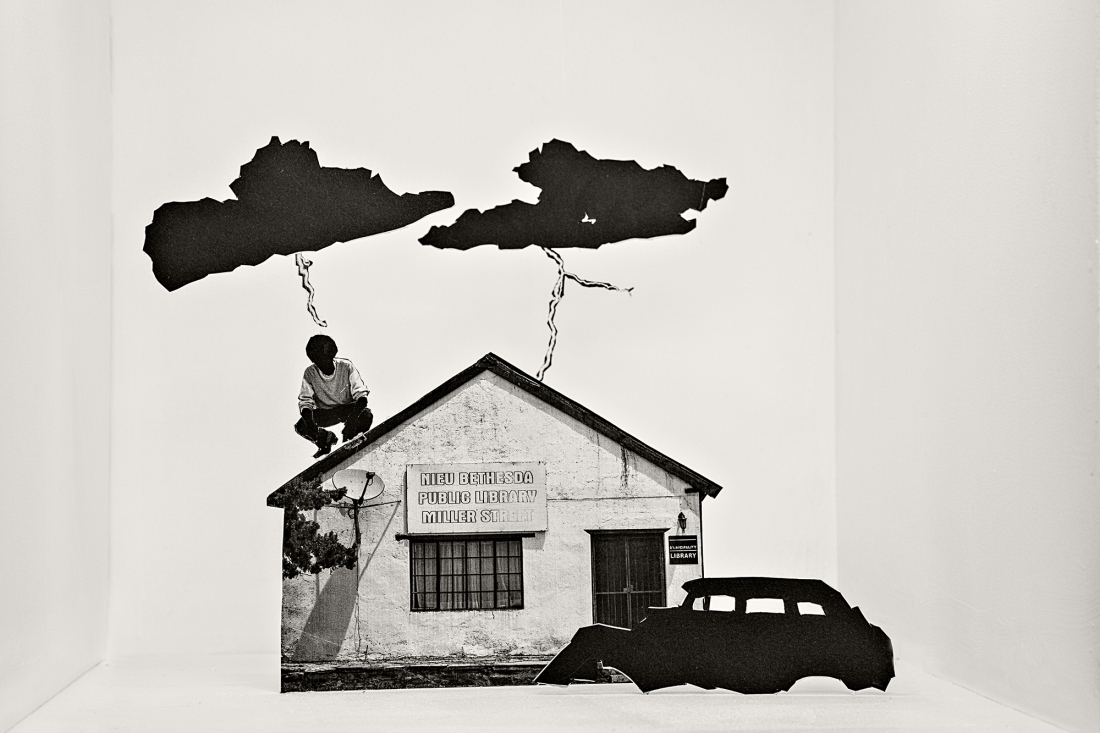 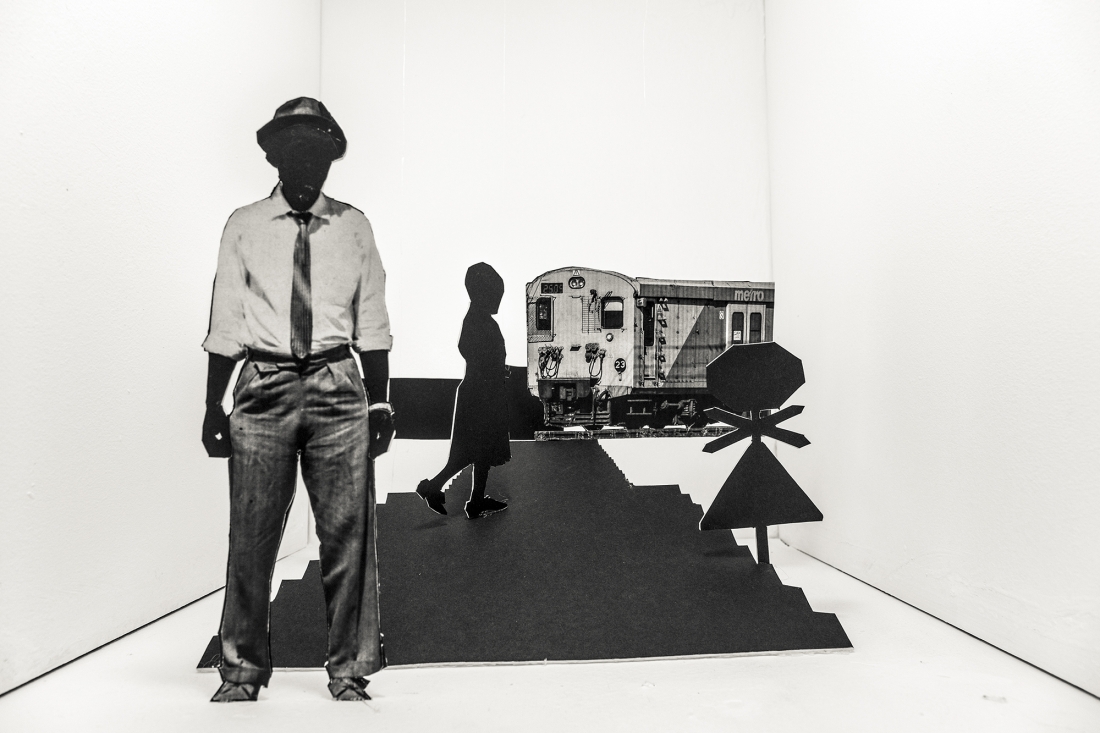 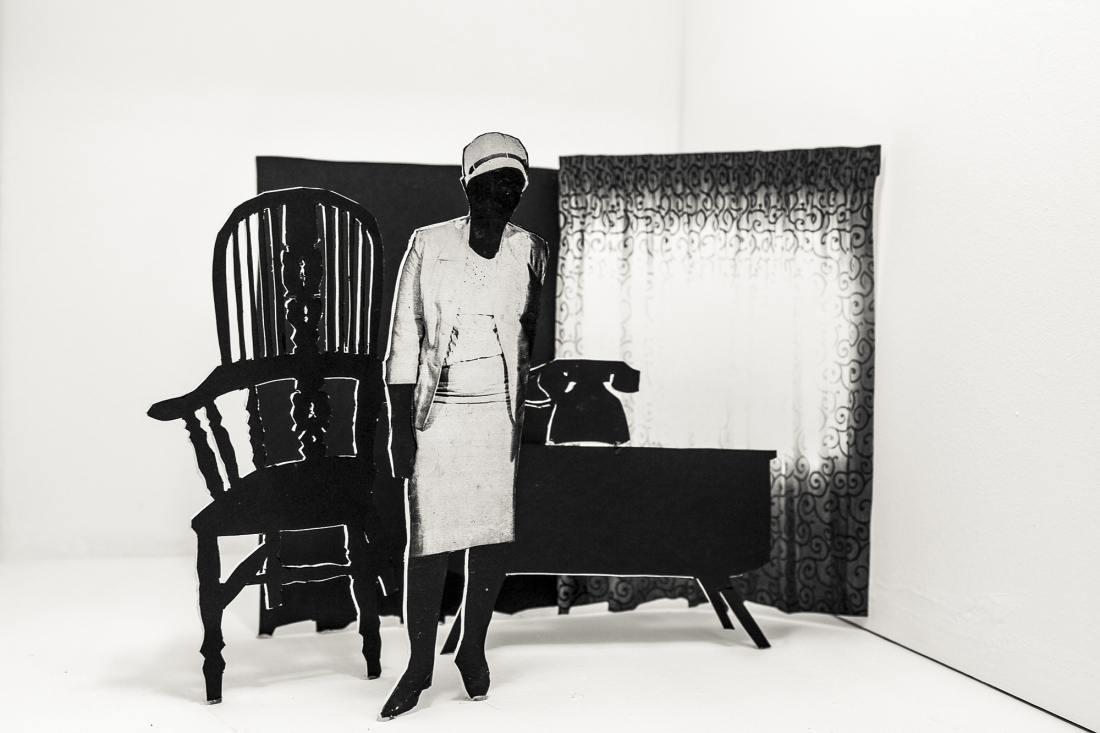 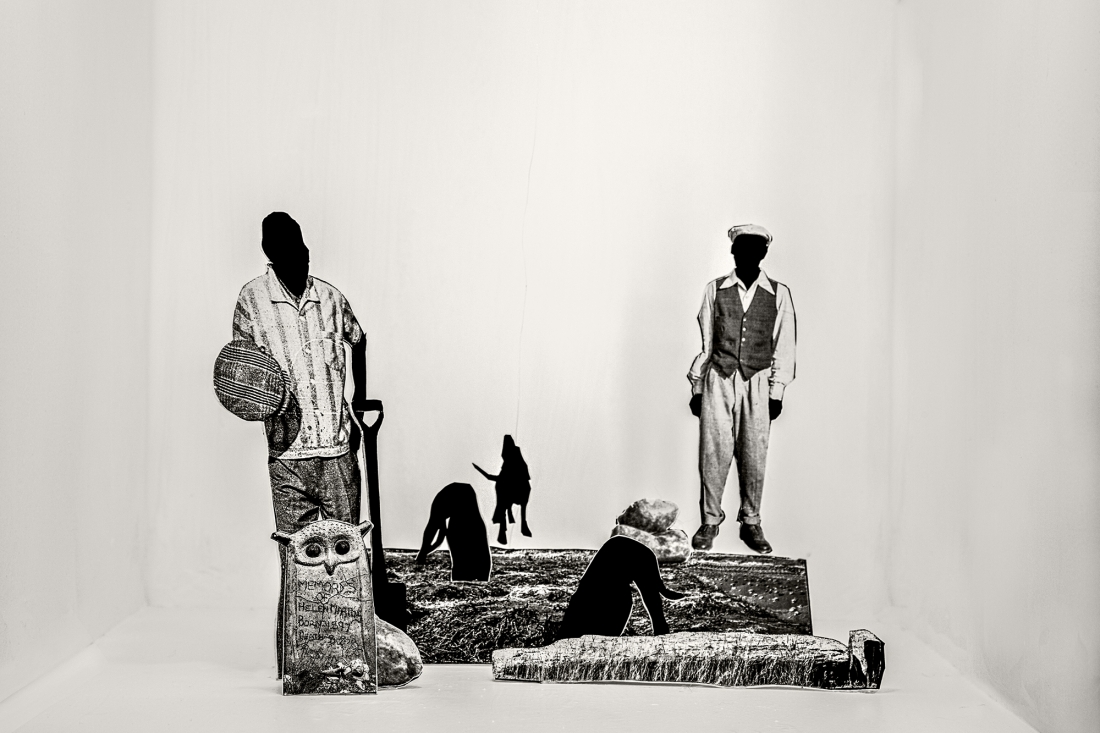 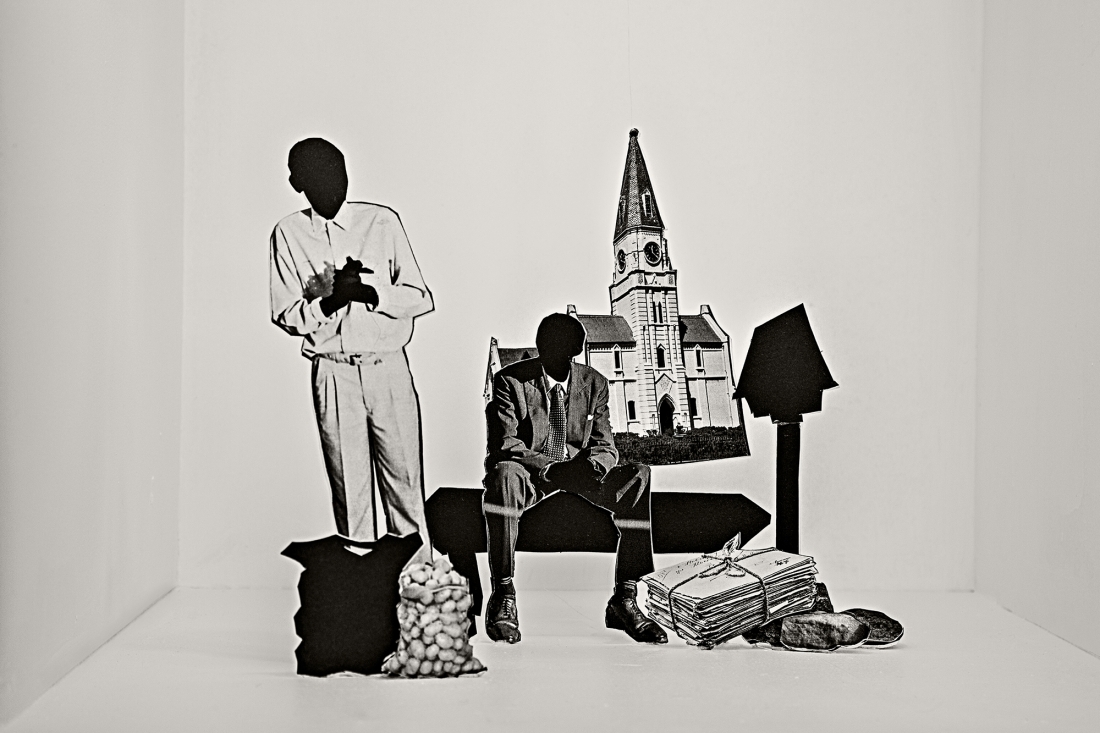 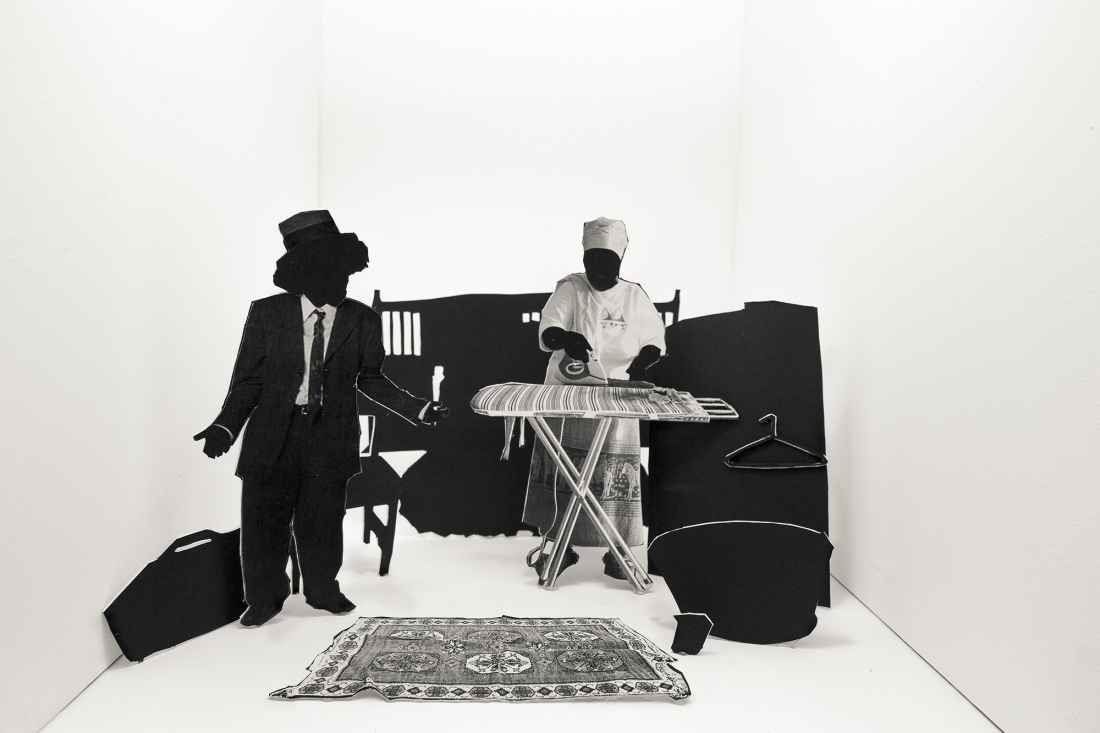 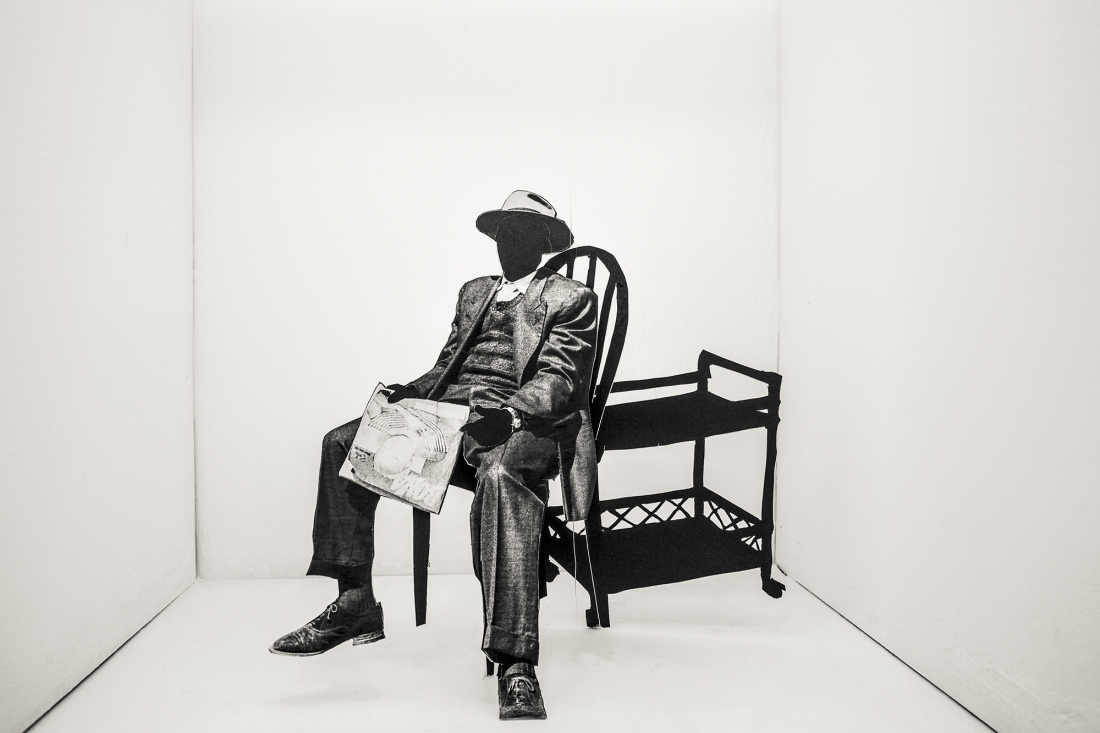 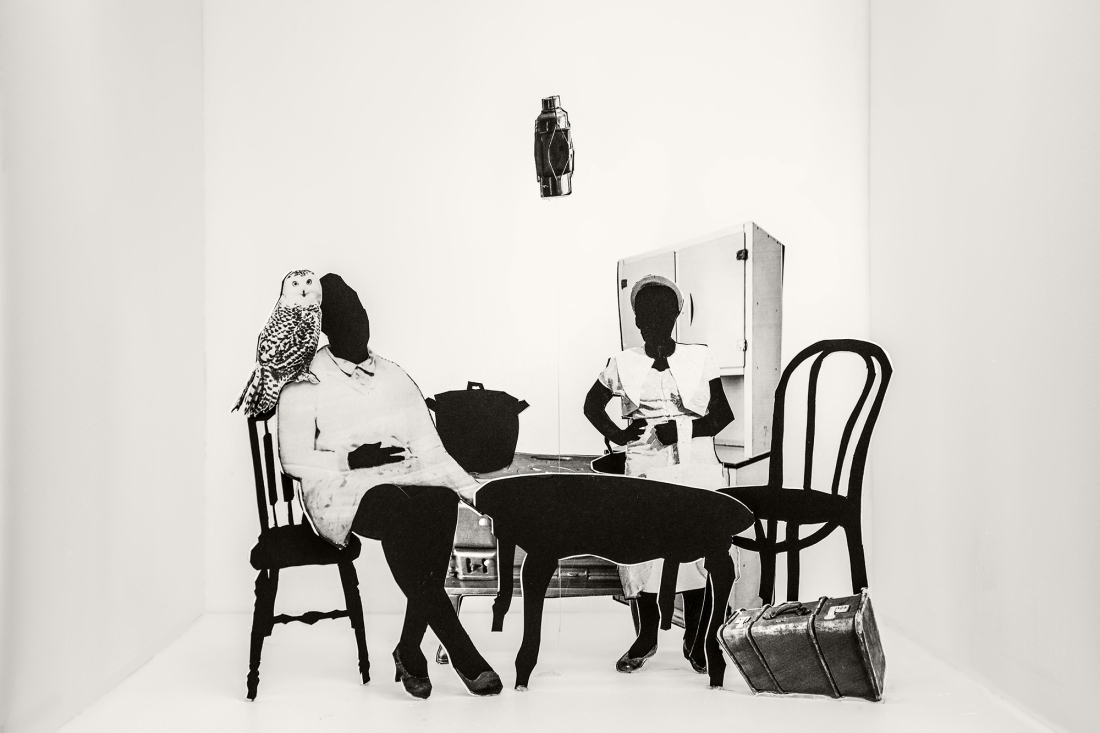 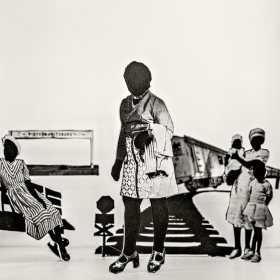 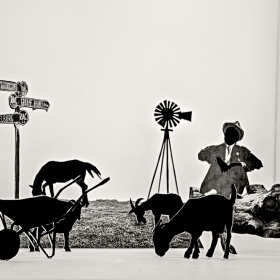 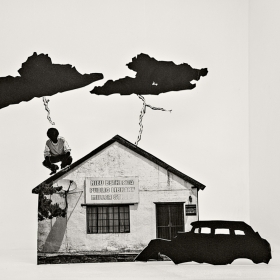 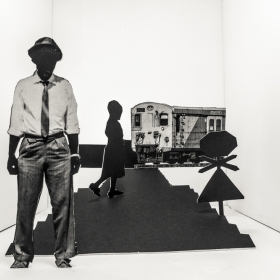 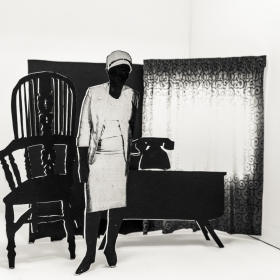 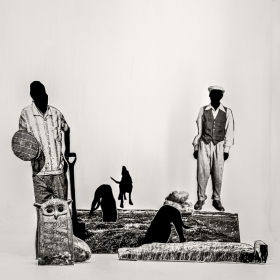 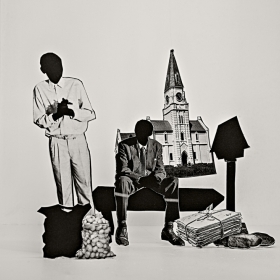 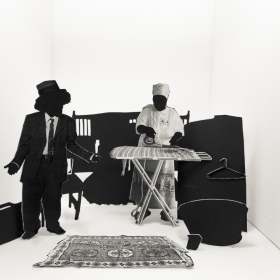 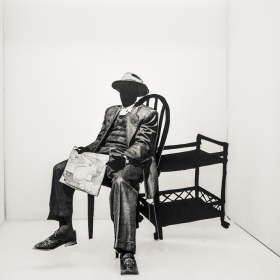 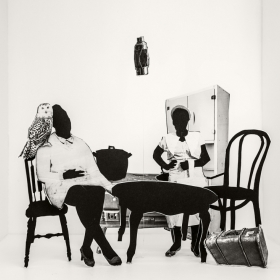 Lebohang Kganye
Tell Tale
Share
Support this photographer - share this work on Facebook.
With the scotching sun piercing the skin, I spent weeks walking along the gravel roads of the small town Nieu Bethesda in the Karoo, Eastern Cape which the residents call a village, a term foreign in my vocabulary. Shawn Graaff - an American young woman who lives between Cape Town and Nieu Bethesda and works on the restoration and conservation of the Owl House and the cement sculptures created by Helen Martins and Koos Malgas. She introduced us to many of the villagers, including a beekeeper who makes cosmetic products in her backyard from beeswax, a violin string maker using horse tails to make the strings, we drove to a livestock auction where the farmers bid for sheep and met a ‘tannie’ in her tea garden who translates Athol Fugard’s plays from English to Afrikaans.

Through the construction of miniature theatre sets with silhouette cut-outs of the characters in the diorama, I stage the stories the villagers narrated to me in relation to Athol Fugard’s play Road to Mecca and a chapter from Lauren Beukes’ book Maverick about Helen Martins. Tell Tale confronts the conflicting stories, which are told in multiple ways, even by the same person – a combination of memory and fantasy. The work does not attest to being a documentation of a people but presents their personal narratives, which they share over a cup of tea, homemade ginger ale or the locally brewed beer. These prized possessions hearken back to a particular time but are also vehicles to a fantasy that allows for a momentary space to ‘perform’ ideals of community. Fictive narratives depend on oral histories, genealogist, Kimberley Powell states, “Oral histories are stories told by living people about the past. Generally, these are stories of their own life and the life’s of the people around them. Often an oral history includes details and stories that exist nowhere other than in the individual’s mind.”

About author:
Although primarily a photographer, Lebohang Kganye often incorporates her interest in sculpture, performance, installation and film in her work. She explores fictional history by using archives to merge illusive characters with “real” characters in a new universe. Kganye received her introduction to photography at the Market Photo Workshop, in Johannesburg, in 2009 and completed the Advanced Photography Programme in 2011. She is currently doing her Masters in Fine Arts at the Witwatersrand University.
Kganye is currently a finalist for the Paulo Cunha e Silva Art Prize, 2019. She was the recipient of the Camera Austria Award, 2019 and the finalist of the Rolex Mentor & Protégé Arts Initiative, 2019. Kganye was the recipient of the Tokyo International Photography Prize, 2019, the Rise Art Prize Global Artist of the Year in 2018, and the Jury Prize at the Bamako Encounters Biennale of African Photography, 2015.
She has participated in major exhibitions locally and internationally, including Give me Yesterday, The Prada Foundation, Milan (2017), Africa is No Island, MACAAL, Marrakesh (2018), Tell Freedom, Kunsthal KAdE, Amersfoort (2018), Recent Histories, an Arthur Walter collection travelling exhibition (2016 - Ongoing), Not the Usual Suspects, Iziko National Gallery Cape Town (2019) or Alpha Crucis – Contemporary African Art, Astrup Fearnley Museet, Oslo (2020).