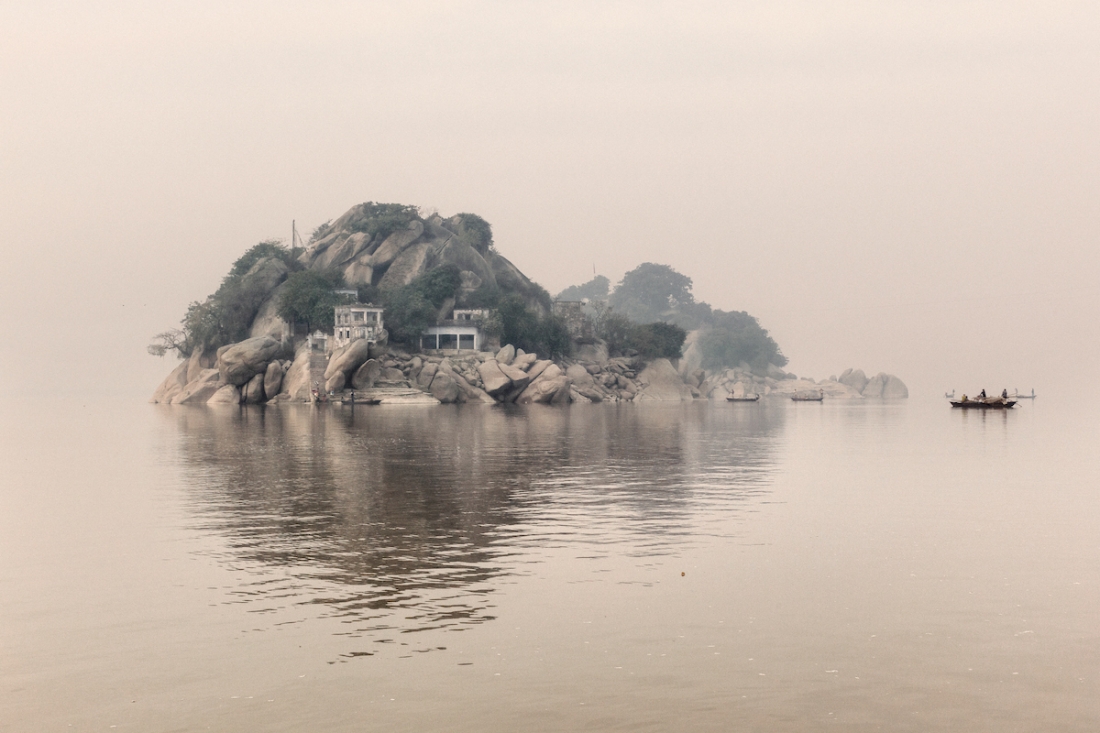 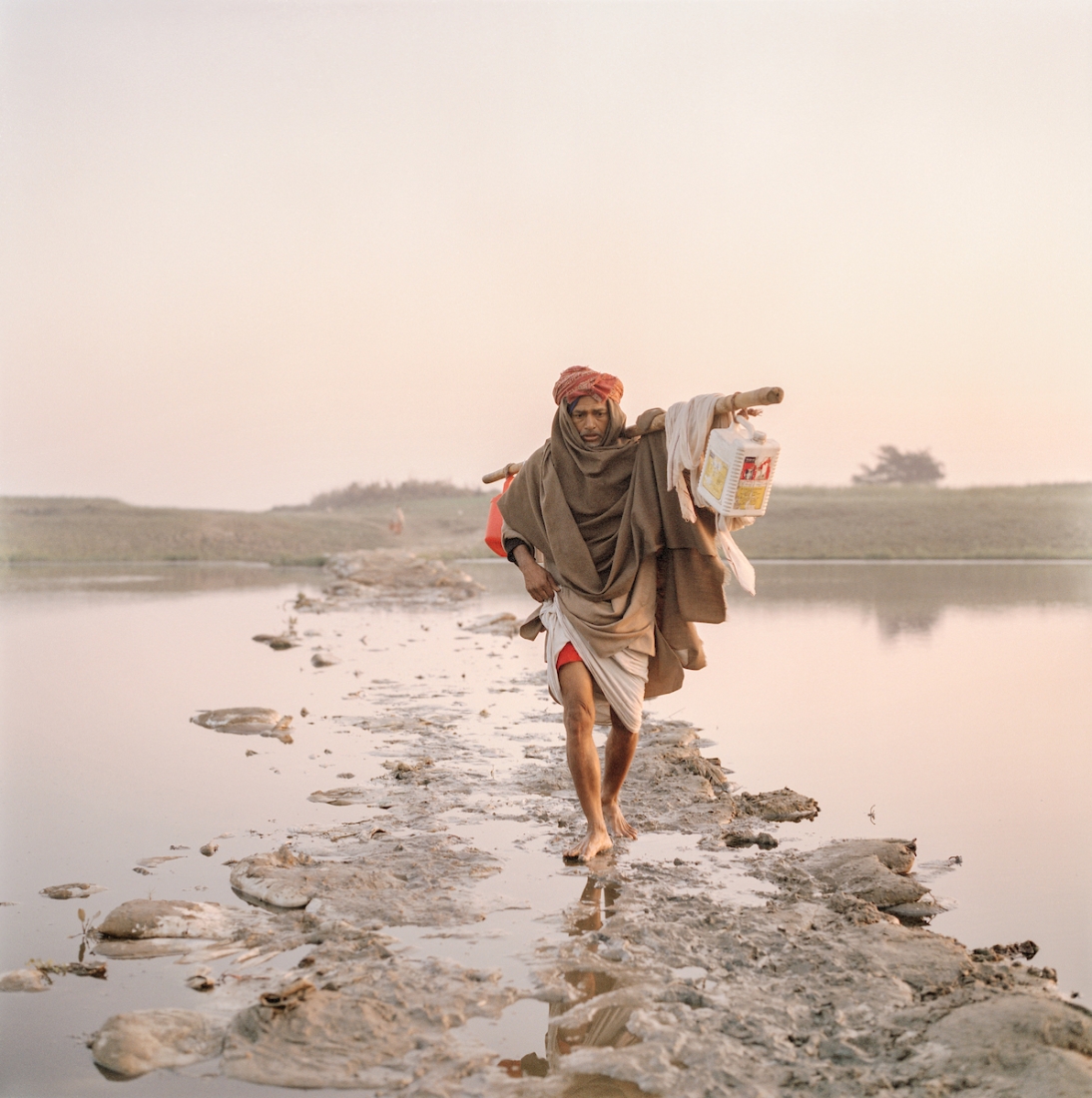 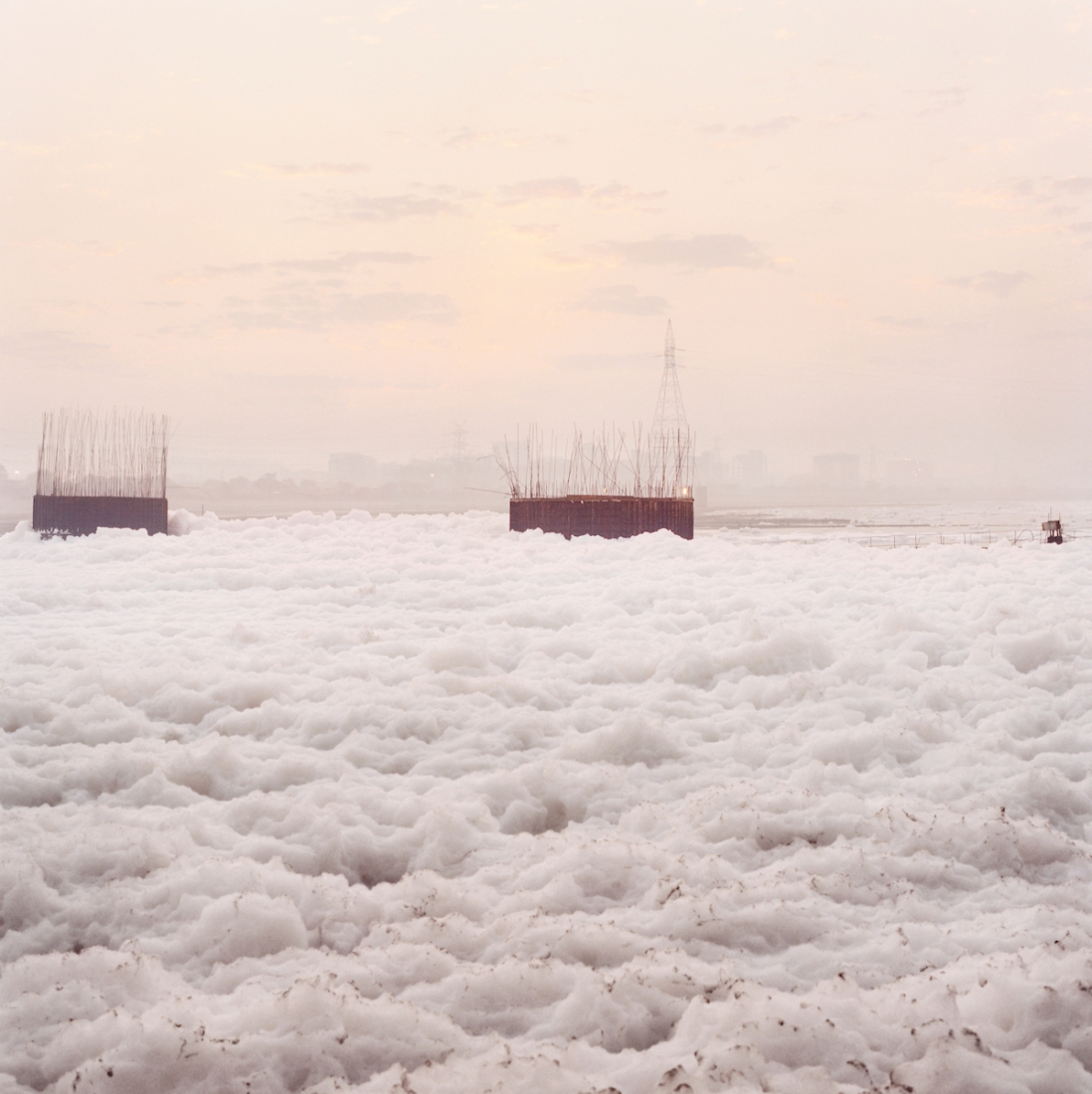 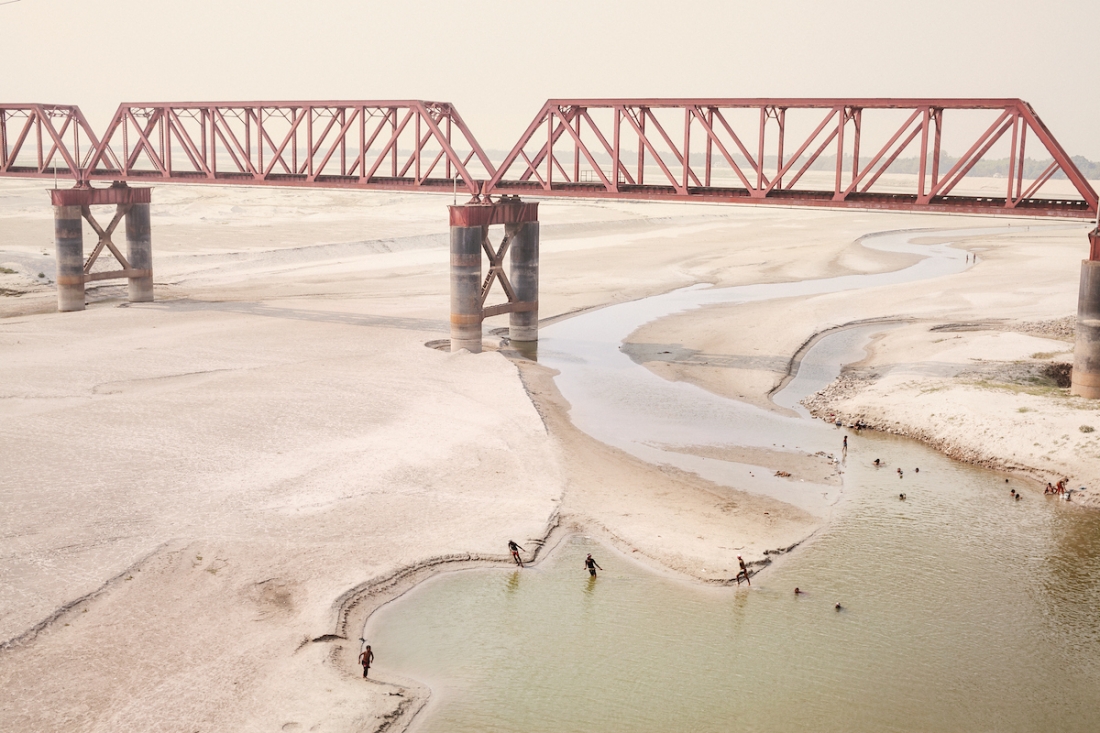 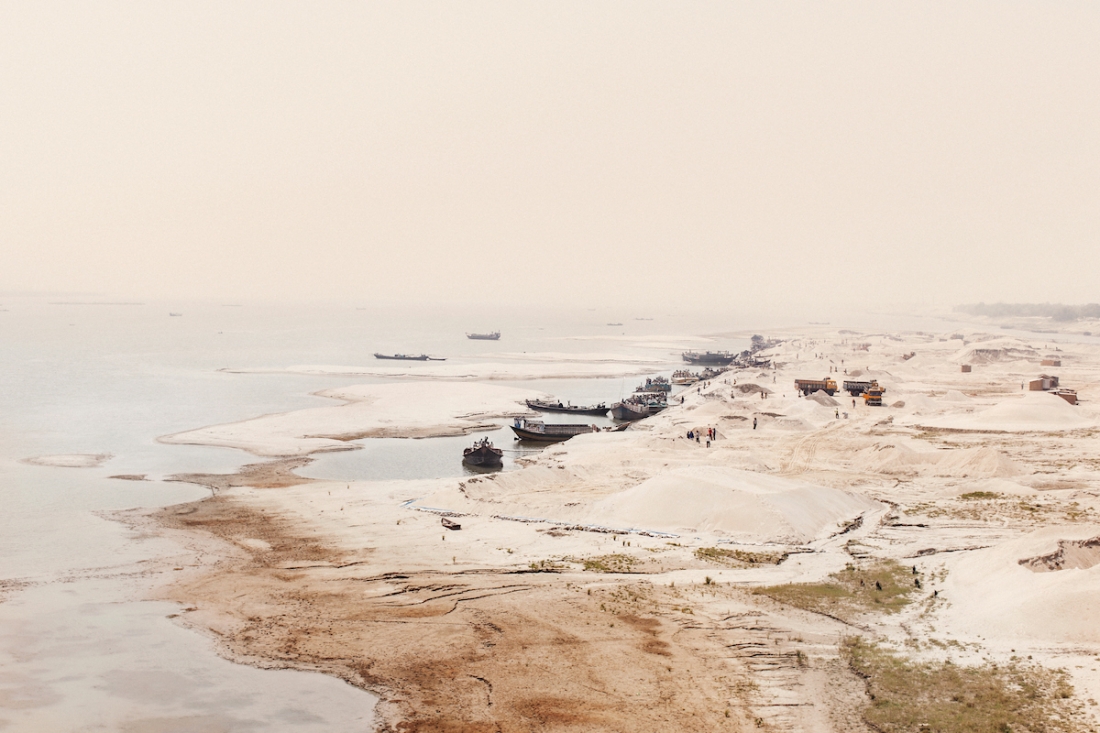 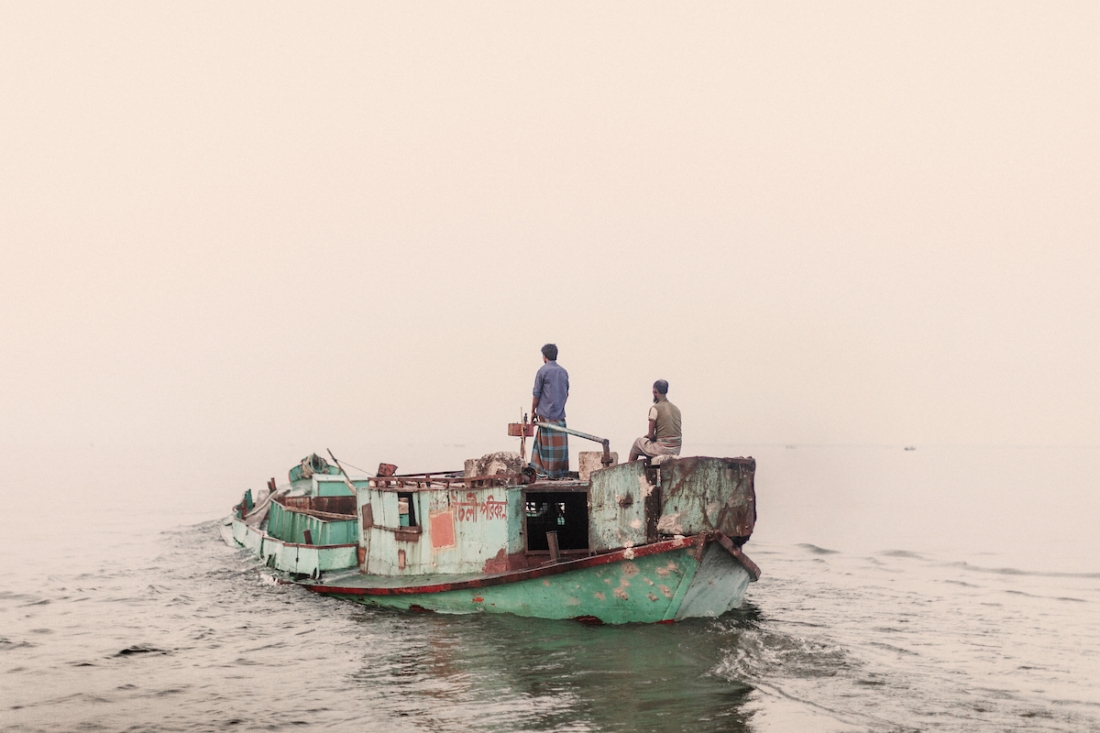 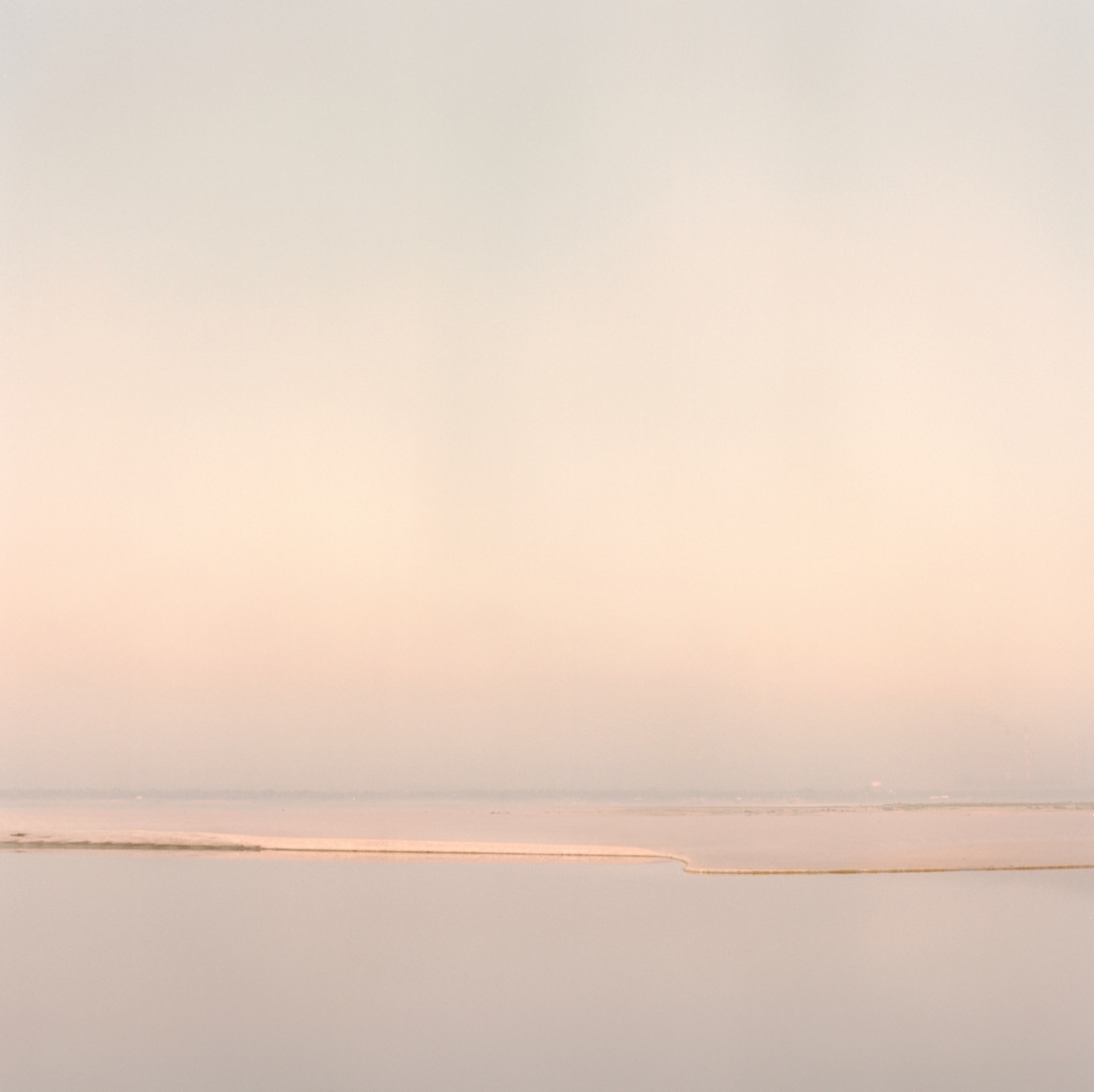 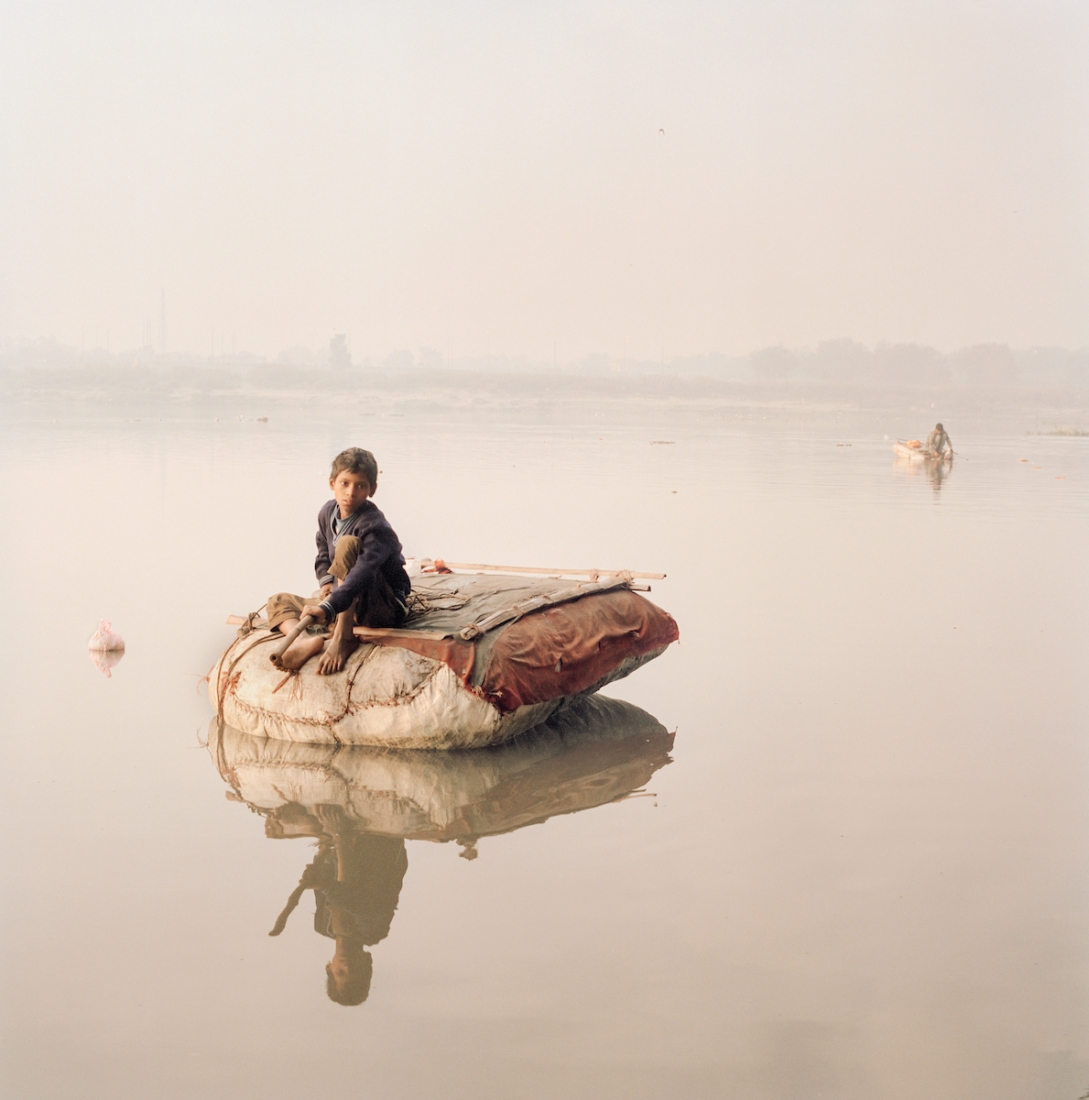 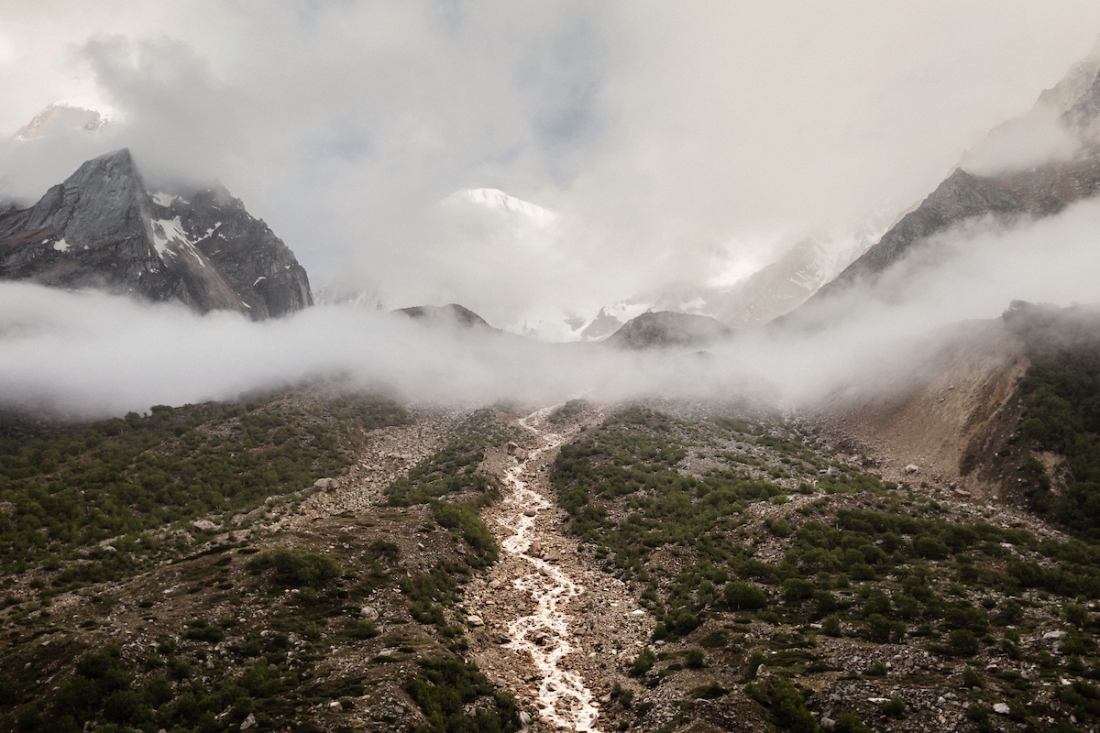 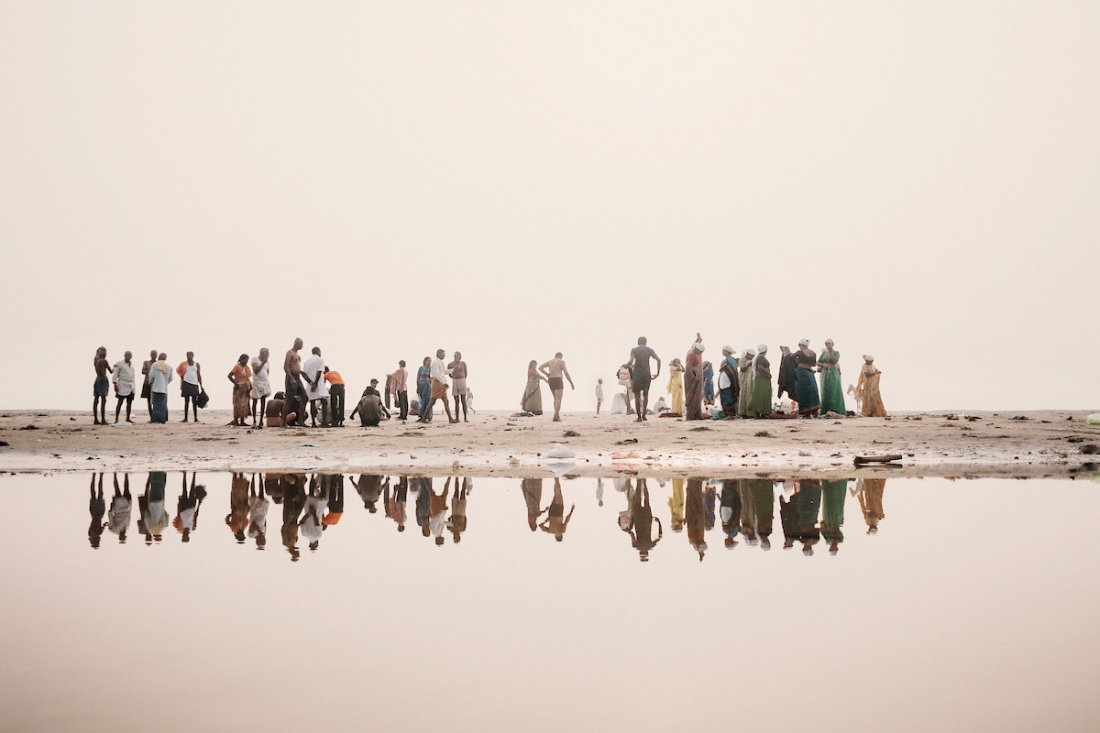 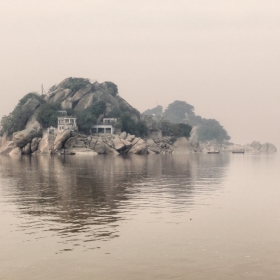 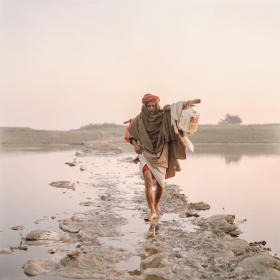 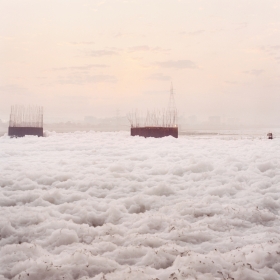 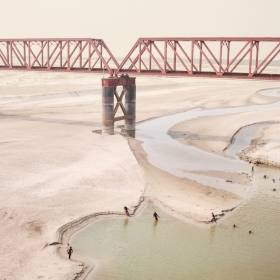 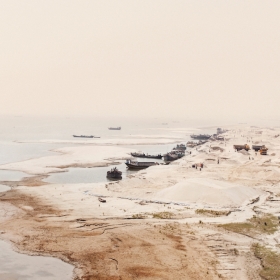 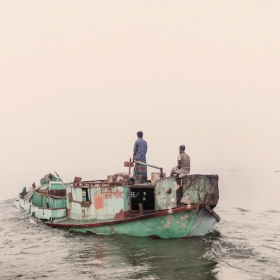 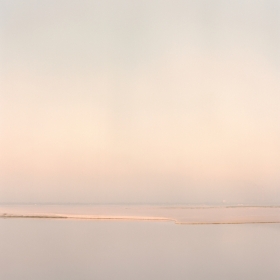 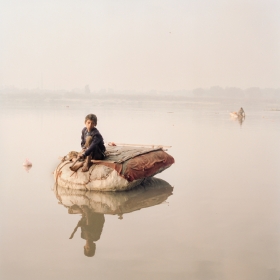 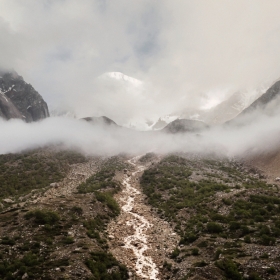 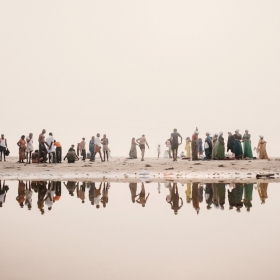 Giulio Di Sturco
Ganga Ma
Share
Support this photographer - share this work on Facebook.
A symbol of spirituality as old as Jerusalem and Athens, the Ganges River has become the first non-human entity in India to be granted the same legal status as that of human beings.

The river goddess Ganga once flowed wild and free, ripping through the Indian landscape with vigor and might from the roaring icy waters in the Himalayas down its murky end in the Bay of Bengal. The river is now on the brink of a humanitarian crisis due to the devastating effects of climate change, industrialisation and urbanisation.

Among the many forms of resistance thought by local people to preserve and renew ancestral traditions, food, flowers and other religious offerings are set afloat across the waters every day. Sadly, it is a common belief among Hindu pilgrims that these waters are so pure and holy that it is exempt from any harm. Every year roughly 32000 corpses are cremated in Varanasi and around 200 tons of half burned flesh end up in the Ganges contaminating the waters and those who bathe in it. With the addition of rotting animal carcasses, a foaming layer of scum is often seen along some parts of the river.

Complications of proper connections from toilets to drains manifest in the form of huge open sewers along the river as populations of riverside cities continue to boom. Feeble sewage treatment plants simply cannot process the amount of waste coming in causing untreated waste to flow freely adding to the toll of children who suffer and die from diarrhoea, water-borne and enteric diseases everyday across the Ganges basin. Open-air defecation is a common sight. In some parts the water contains faecal coliform bacteria at half-a-million times the Indian recommended bathing limit.

Mammoth hydroelectric projects like the Tehri Dam cause water shortages in surrounding villages. India's green revolution transformed barren and forested land into heavily irrigated areas increasing the exploitation of water resources, including the vast groundwater aquifers of the Ganges basin. Fertilizers running off from fields seep into the water heavily contaminating it. As leather factories of Kanpur grow in numbers, the city’s water treatment plants are unable to cope with the volume of chemical waste from tanneries, afflicting farmers using the water with rashes, boils and numbness in the limbs.

Water availability in the Ganges basin is highly dependent on the monsoon. Dramatic changes in climate due to global warming alter the timing, intensity and duration of rainfall, significantly affecting the amount of water available. Salinity in the south of the river has led to desertification in many areas in Bangladesh and India. The Ganges is already running dry in many places, and as weather patterns become irregular parts of the river simply cease to exist for periods of time, dramatically affecting the lives of people who depend on the river for their livelihoods and spiritual wellbeing.

For more than ten years I documented the lives of the people who live along the river Ganges, witnessing first-hand the devastating effects of climate change, industrialization and urbanization. It is evident in many ways that an impending ecological disaster waits on the horizon.

In Hindu mythology the Ganges is considered a “Tirtha” which means a crossing point between heaven and earth. My fear is this bridge may crumble in our lifetime. In the face of climate change it appears we are only adding more logs to the incineration of this holy river goddess.

I have traveled the entire length of the Ganges to date. This project aims to add fuel to the current discussion surrounding the fate of the Ganges at this historical junction where we have the power to shape not only physical but also spiritual geography of a nation.

About author:
Giulio Di Sturco (b.1979, Italy) is a visual artist based between London and Bangkok. He studied at the European Institute of Design and Visual Arts in Rome and then moved to India where he spent five years refining his visual vocabulary, working throughout much of Asia and Africa.

His awards include three World Press Photo prizes, the Sony Photography Awards, the British Journal of Photography International Awards, the Getty Editorial Grant and the Lens Culture Exposure Award, among many other accolades and recognitions.

Giulio is a Canon Ambassador and a regular contributor to a wealth of publications, including The New York Times, Vanity Fair, The Sunday Times Magazine, Geo, Wired and the Financial Times.

His work has been exhibited internationally and he is due to release his first monograph, Ganga Ma.

Giulio continues to push the boundaries of documentary photography by constantly refining his aesthetic through new and old mediums. Much of his personal work focuses on human adversity in climates of environmental and technological evolution.