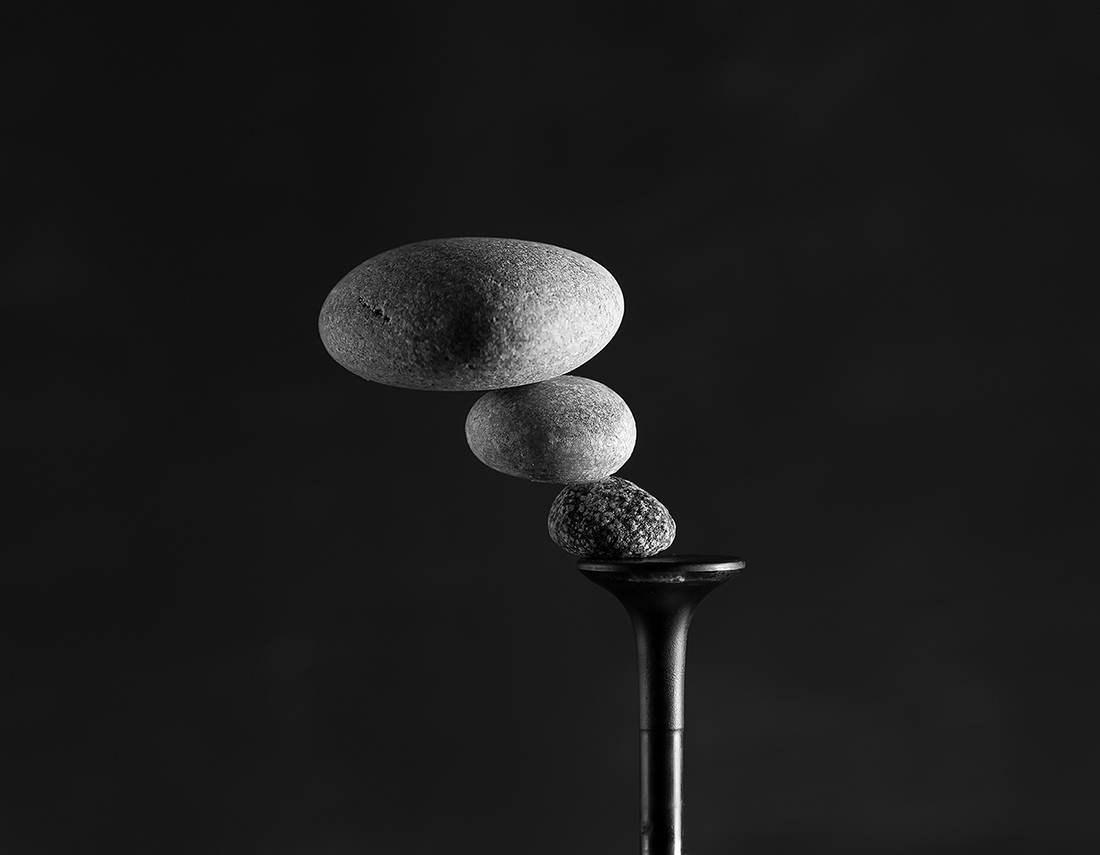 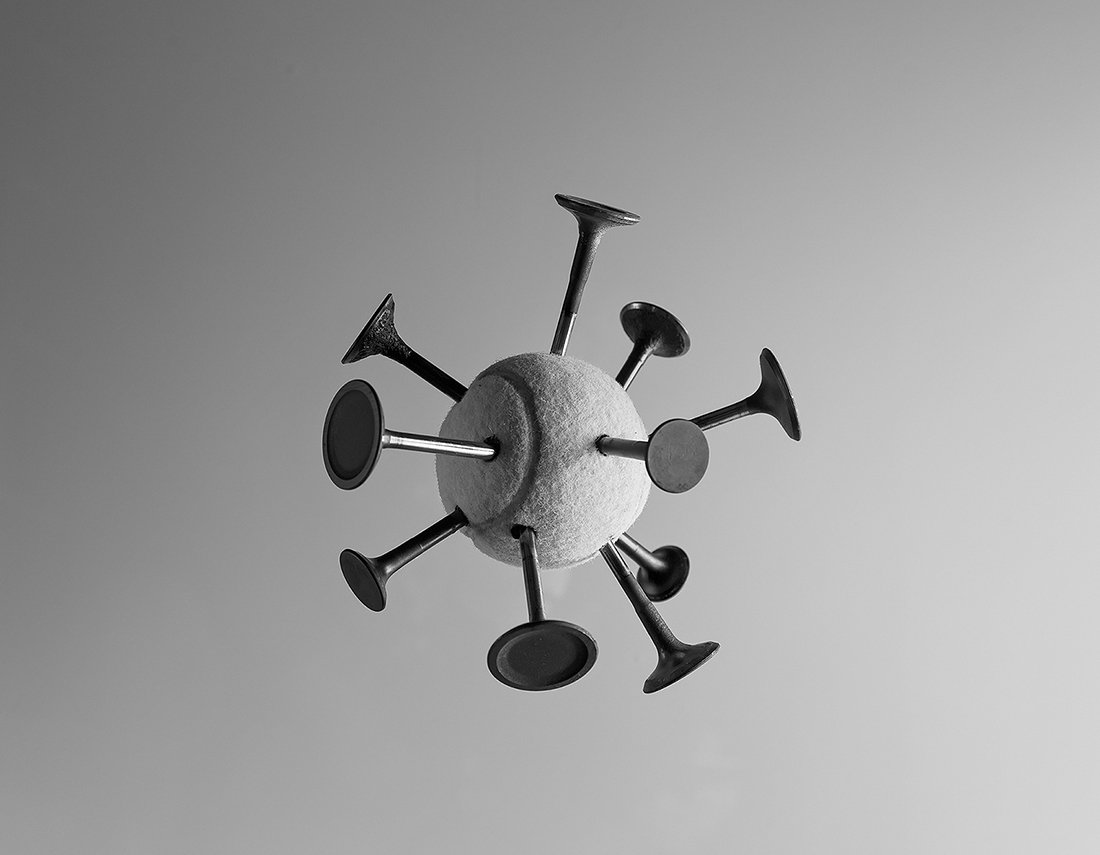 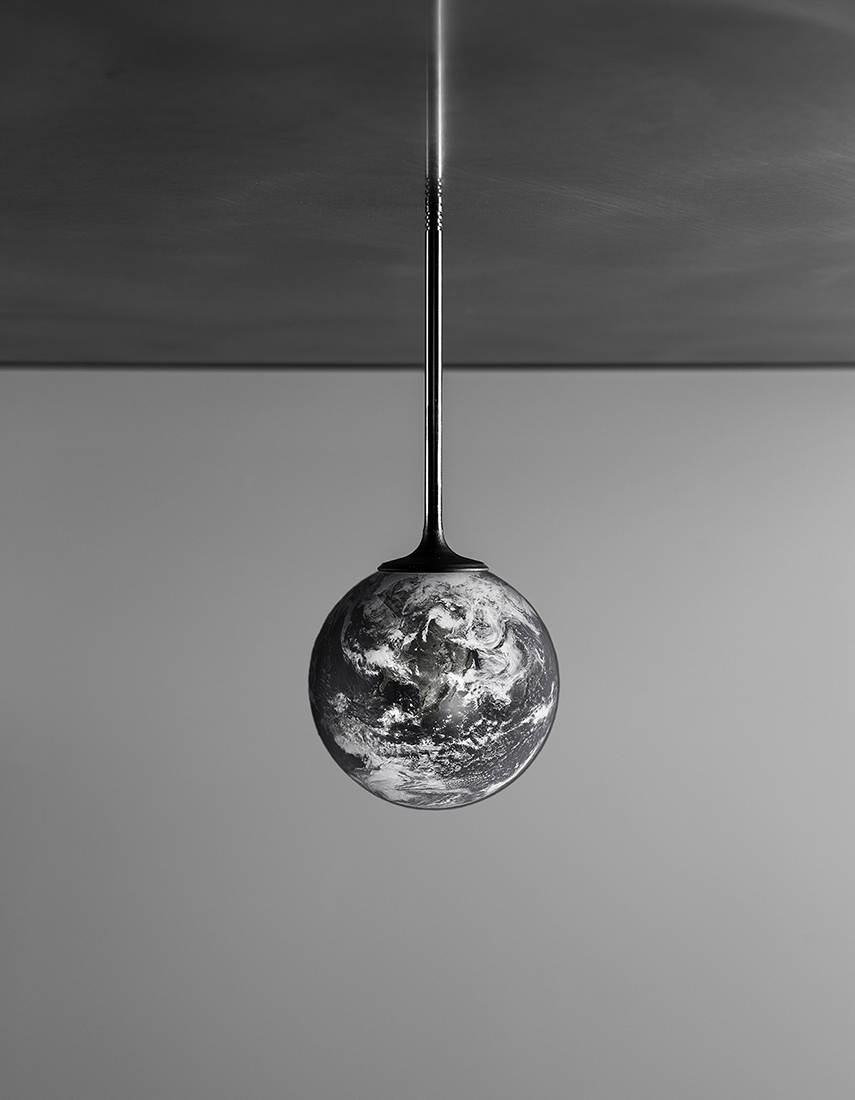 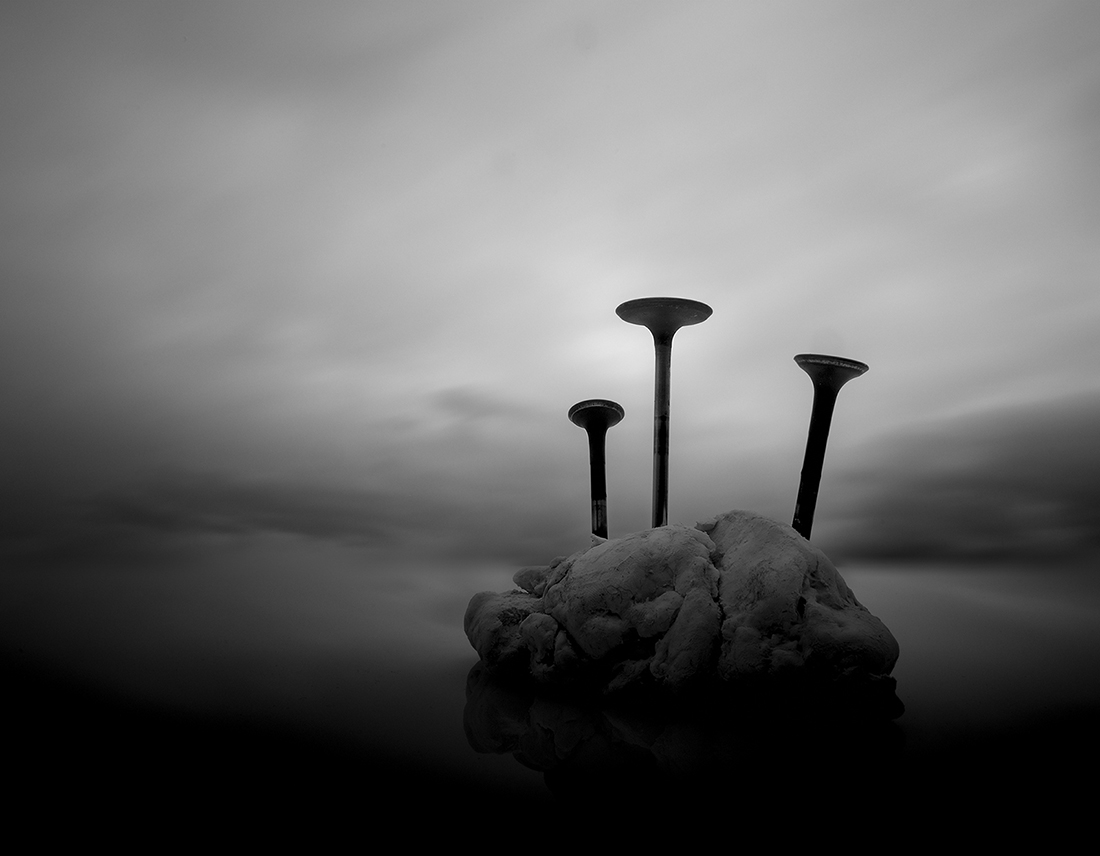 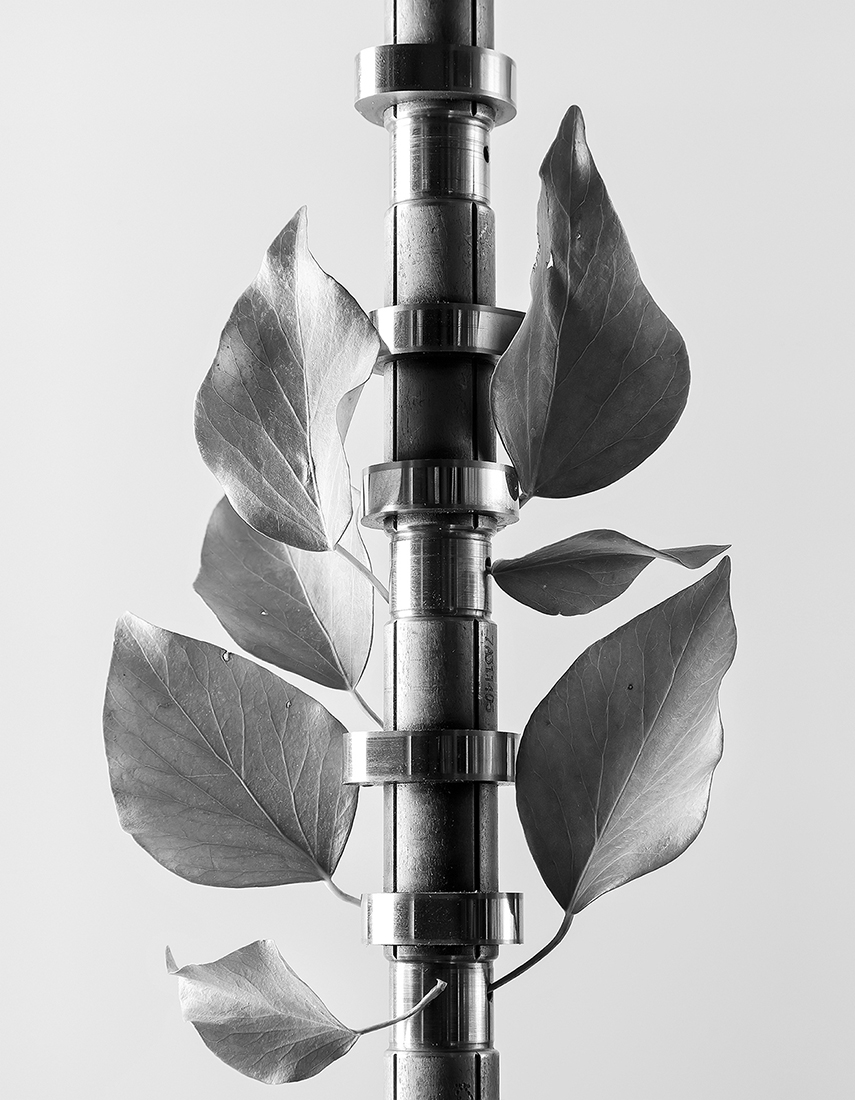 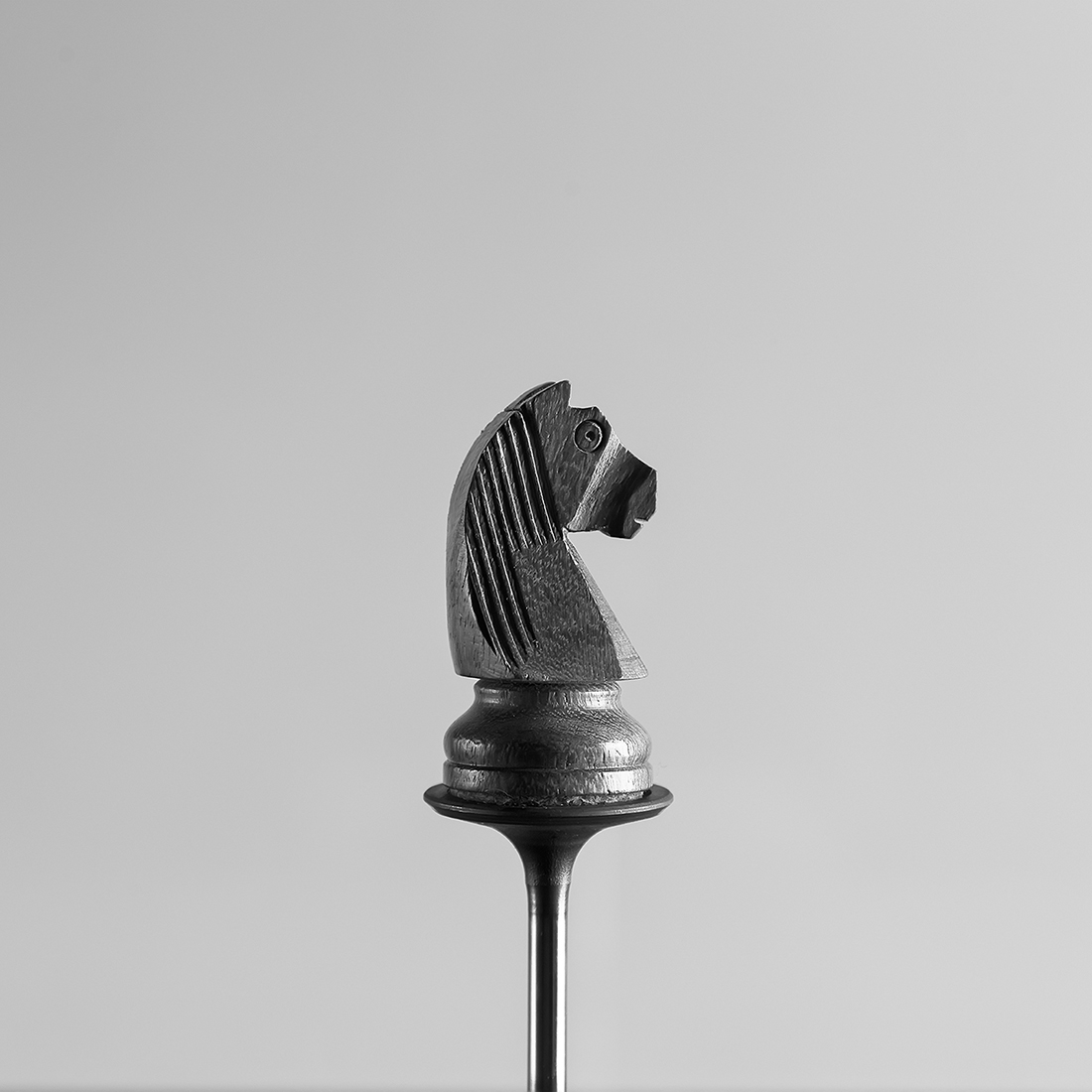 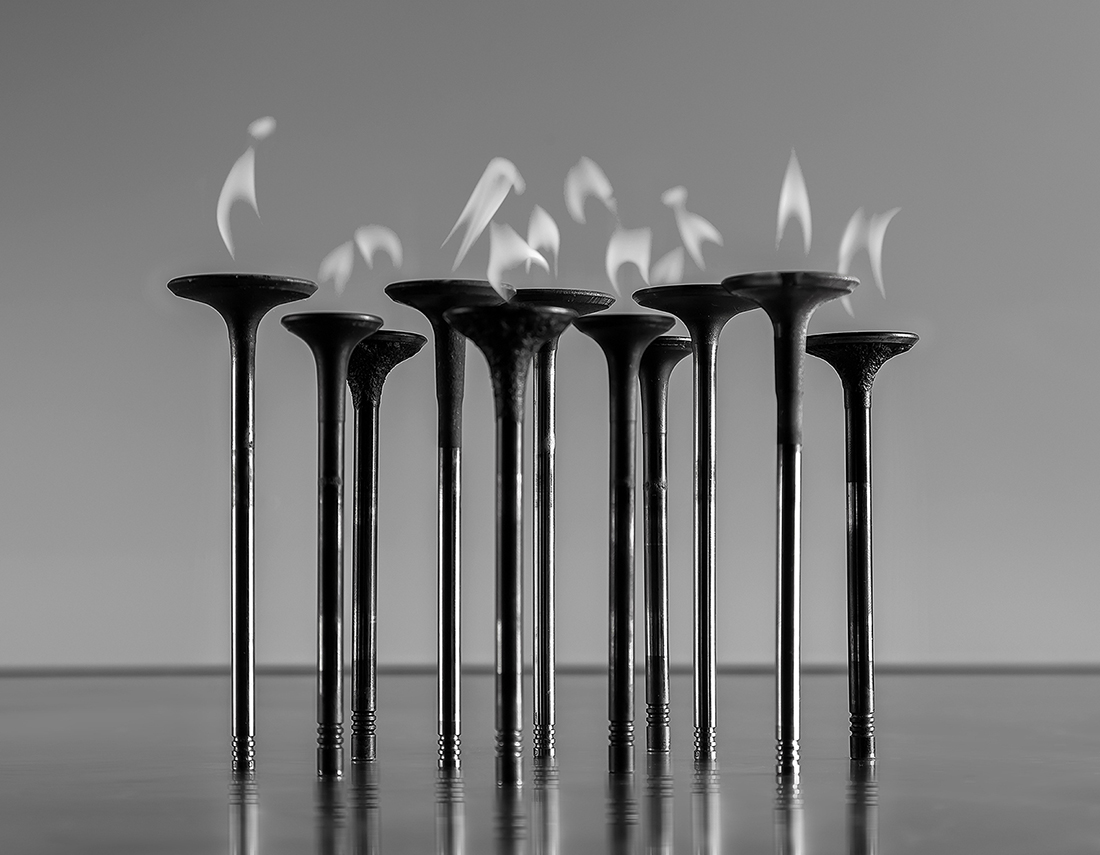 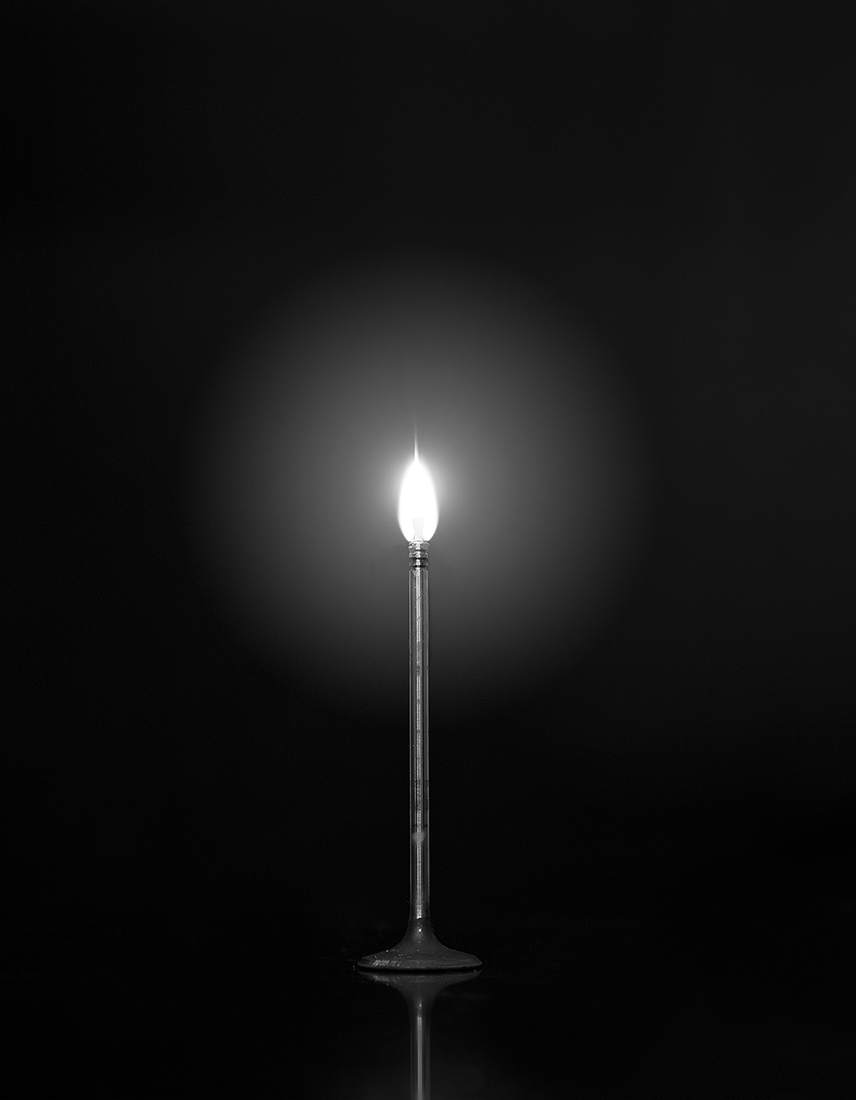 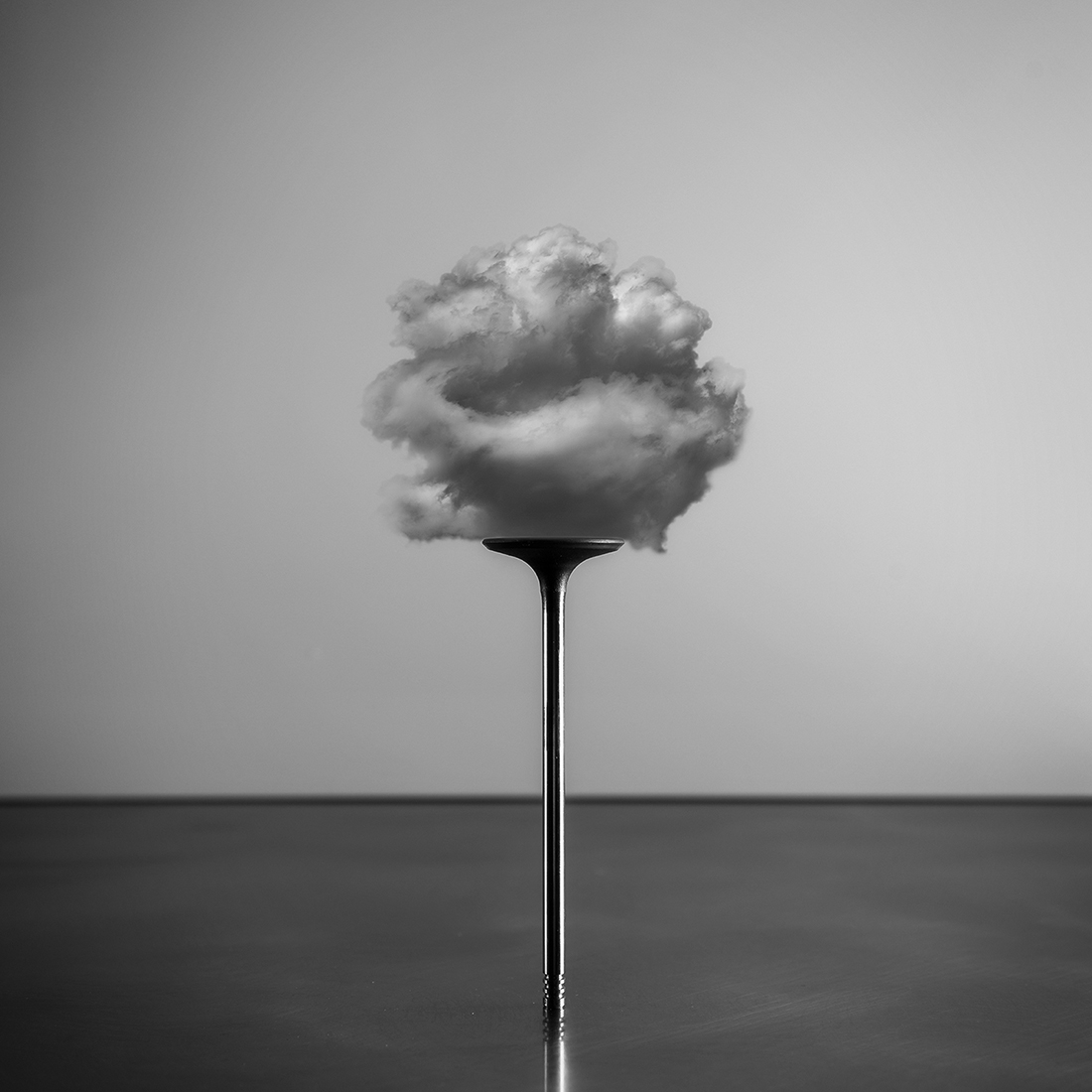 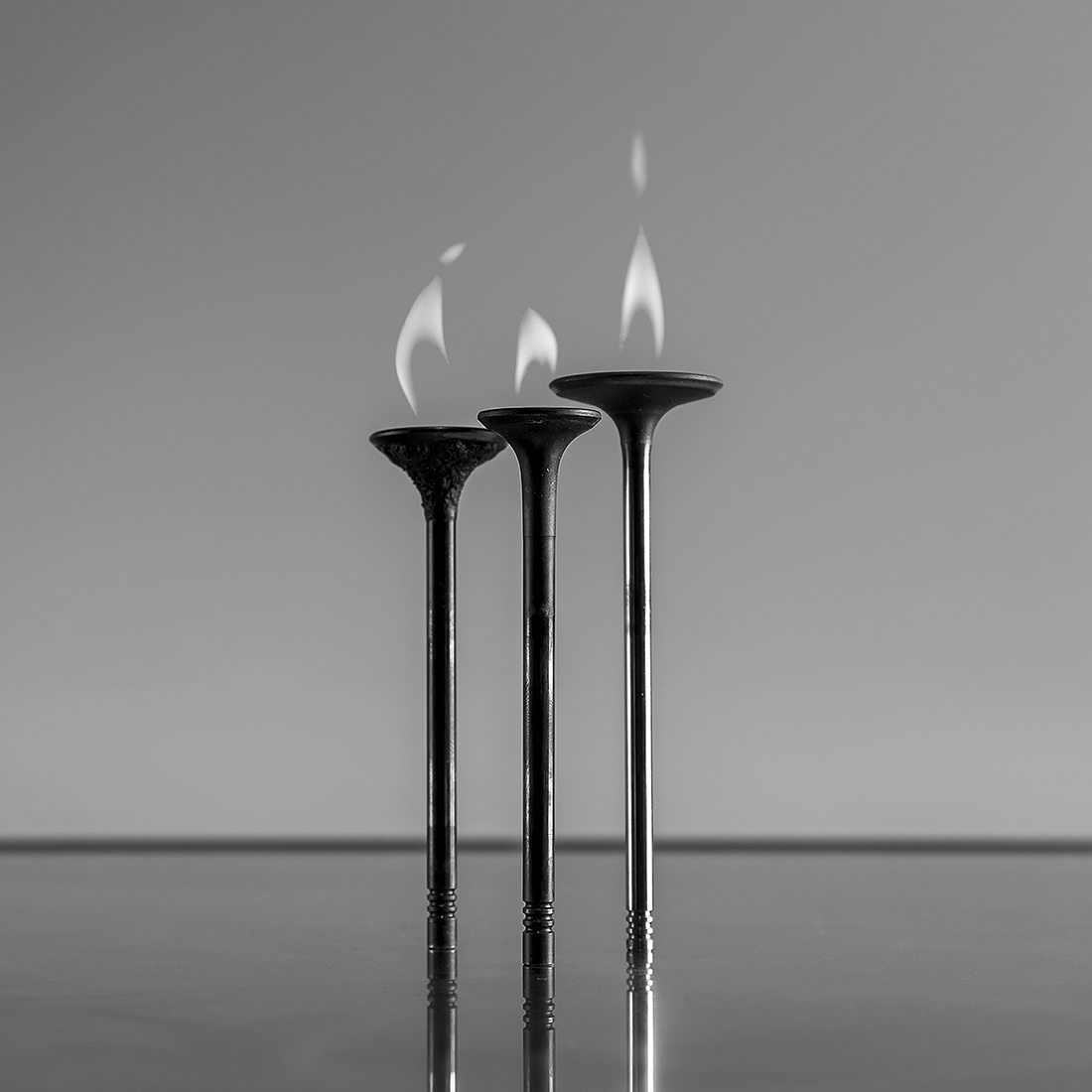 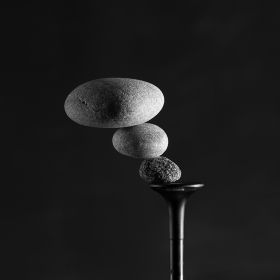 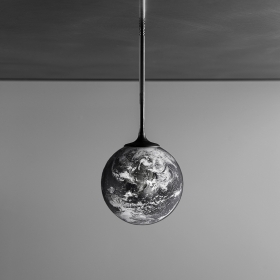 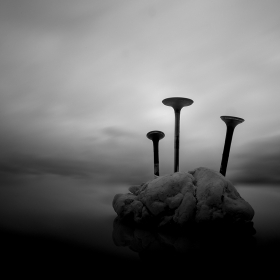 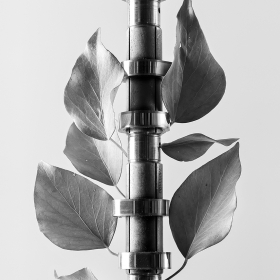 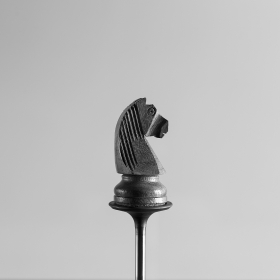 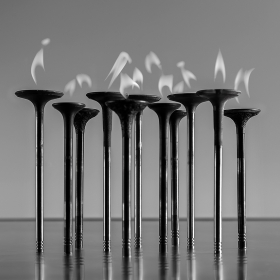 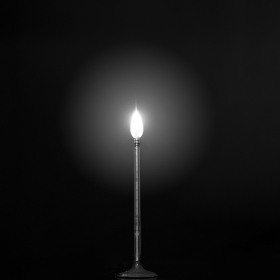 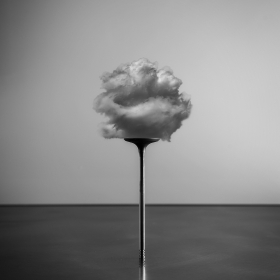 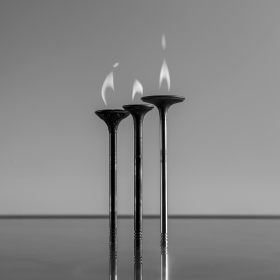 Richard Le Manz
Habitat, beyond photography.
Share
Support this photographer - share this work on Facebook.
Conceptual work that seeks to call for reflection on the compatibility between the natural wealth of the planet and progress dependent on the consumption of fossil fuels

Internal elements of the engines, such as intake and exhaust valves, camshafts, etc; they interact with other everyday objects, creating objectual constructions, a sort of object sculpture, stripping it of its initial utility, decontextualizing it and giving it a new meaning whose conceptualization refers us to the tradition of the "objete troub?" or readymade of Man Ray and Duchamp oa the visual metaphors of Chema Madoz.

The love for nature, our habitat, for our world and the belief in the possibility of a better world, pushes the artist to create the powerful images that configure this project.

Internal elements of the explosion engines attached to other everyday objects are composed and transformed into a visual metaphor, into an enves into an idea.

The author intentionally uses black and white, the contrast of lights and shadows to raise awareness about the darkness that hovers over the planet if destruction is not ceased. Go beyond the moment, beyond the capture, beyond photography.

A reflection that emerges from the artist's soul, which is nourished by his life experience and experimentation.The love for the environment and the artists’ knowledge about the automotive world, generates this visual reflection to move consciousness and promote a clean and respectful attitude. The mobility trend cannot be the justification for the destruction of our habitats.

It is necessary to enter into the knowledge of the world of the explosion engine, to properly interpret the "Habitat" project. The artist works with internal elements of the engines, such as intake and exhaust valves, camshafts, crankshafts, connecting rods, bushings, injectors, pushers, springs, etc; It interacts with these elements together with other everyday objects, composing them and transforming them into a visual metaphor, where nothing is what it seems, in a backward idea. It is a kind of "combinatorial art" of the Chema Madoz elements, but with a clear intentionality in the message, the reflection on sustainability.

Through contemplation and photography of different habitats throughout the world, the artist goes a step further, not only to captivate the senses but also with the intention of exciting the intelligence of the viewer.

A call for help to all agents involved, which alter distant and nearby habitats, from vehicle manufacturers, authorities, to the consumer in order to provoke a change in policies, habits and ultimately promote a cleaner and more protected world.

About author:
Ricardo Manzanilla Ramos is a visual artist. He graduated in Industrial Electronic and Electrical engineering with extensive expertise in the field, and is a specialist in automotive research. He has worked for more than 20 years in the world of car accidents, holding a post of responsibility within one of the most important insurance companies in Spain and the world.
He has been always passionate about travelling and nature. Since 2002, he has visited more than 30 countries, always in search of natural beauty, the most extraordinary habitats, new cultures and people.
In search of better capturing of his experiences, he discovered the exciting world of photography by joining the Association of Photographers FOCUS (León) in 2013. Two years later, he adopted the artistic name of Richard Le Manz and started a continuous learning career, self-taught for the most part. He has been progressing and maturing as an artist in a rapid and continuous evolution ever since.

An enthusiast of painting during his childhood and adolescence, he developed a facet of emotional sensitivity and visual perception that he exercises on his travelling experiences. He began his research and photographic projects in search for the beauty and grandeur of the most impressive landscapes of the planet; of the places already visited and those that remain to be explored.

During his short career, Richard Le Manz has received numerous international awards in some of the most important competitions in the world. Among these it is important to highlight:
• Trierenberg Super Circuit Austria. Gold Metal Panorama 2018, one of the most prestigious photography contests of the world.
• The EPSON International Pano Awards. Bronze Award 2017. Australia
• Fine Art Photography Awards. 2nd Prize Winner Panoramic Category. 2018 (London)
• National Photography Competition of Salamanca. 3rd Prize
• Numerous honourable mentions in different competitions in both landscape and conceptual photography categories.


Knowledge, respect and emotionalsensitivity acquired during his travels, in addition to the experience in management that his profession involves, helped him to launch his first photographic project. Merging solidarity and photography in aid to Nepal after the earthquake in 2015, www.nepalwillriseagain.com project is a reality that continues its journey with events and exhibitions raising funds for the Himalayan country.

The artist works in the search, compilation and classification of images of the great regions, of the most impressive and vulnerable landscapes visited, as well as its fauna and its people. This project, which is currently under definition process, will try to disseminate the breadth of knowledge about our planet and raise awareness of the fragility of the environment.
Gradually, studying art, and the spatial vision learned during his engineering training, will define the way he perceives art. Progressively, the artist has combined and utilised research and work with elements of engineering and design as a means of expression, looking for the beauty in uniting the physical and the conceptual.

Photography utilised as a way to transmit the beauty, the sensations, the smell, the sound and even the state of mind that takes us to a certain image. However, the artist has understood that photography is not only an artistic activity but a vital experience, a means of liberation to transmit ideas.


The artist builds in his imagination images that take the viewer to a complex world of subjectivities and emotions. He is more interested in the suggestion, in the idea, in the occult, in what goes beyond photography. New ideas, new points of view, new reflections, seeking harmony and that intangible part of art through the simplicity, composition and physical beauty of the elements always prioritising ideas over aesthetics.

He is currently immersed in the creation of conceptual images. These images have different elements that are subsequently edited to establish a dialogue among them. These images manage to stop time and transport the viewer to a complex world of thoughts and reflections, some of them can be seen in the project "Hábitat, beyond photography".