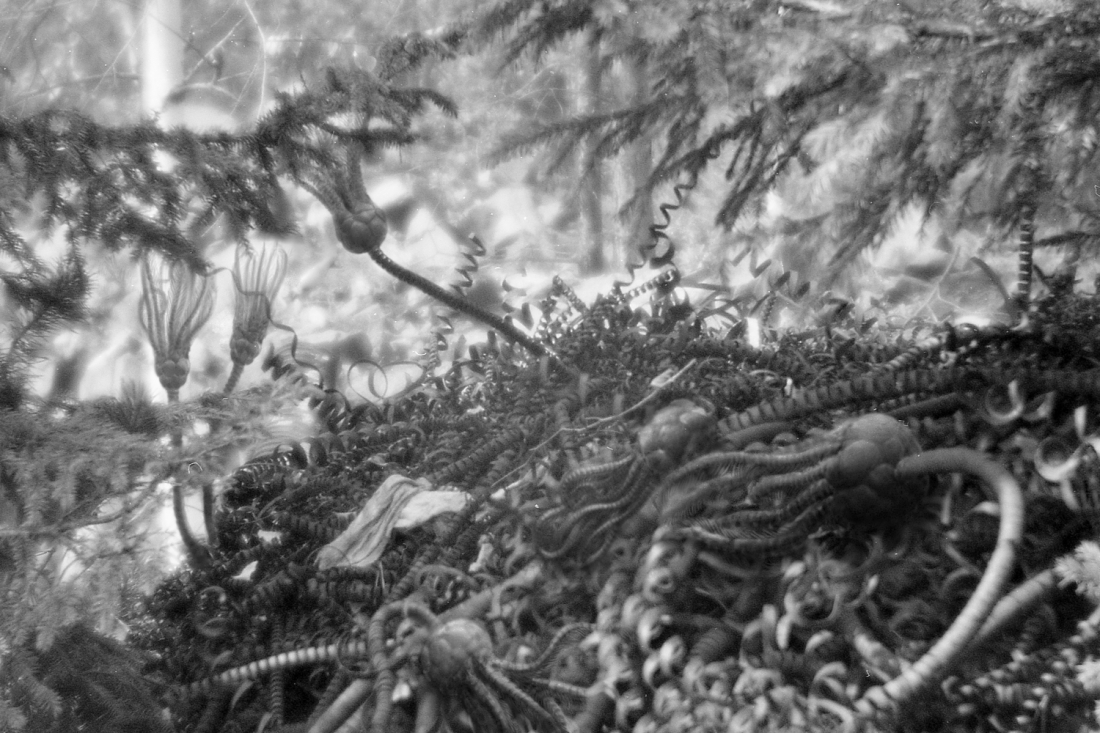 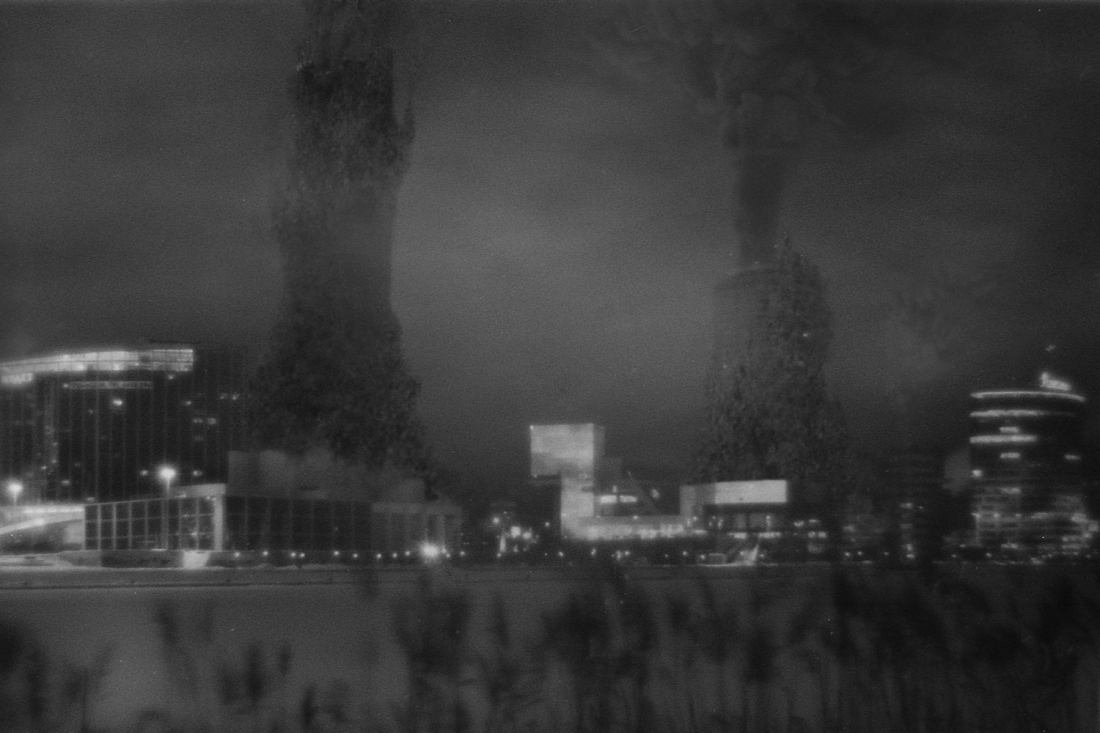 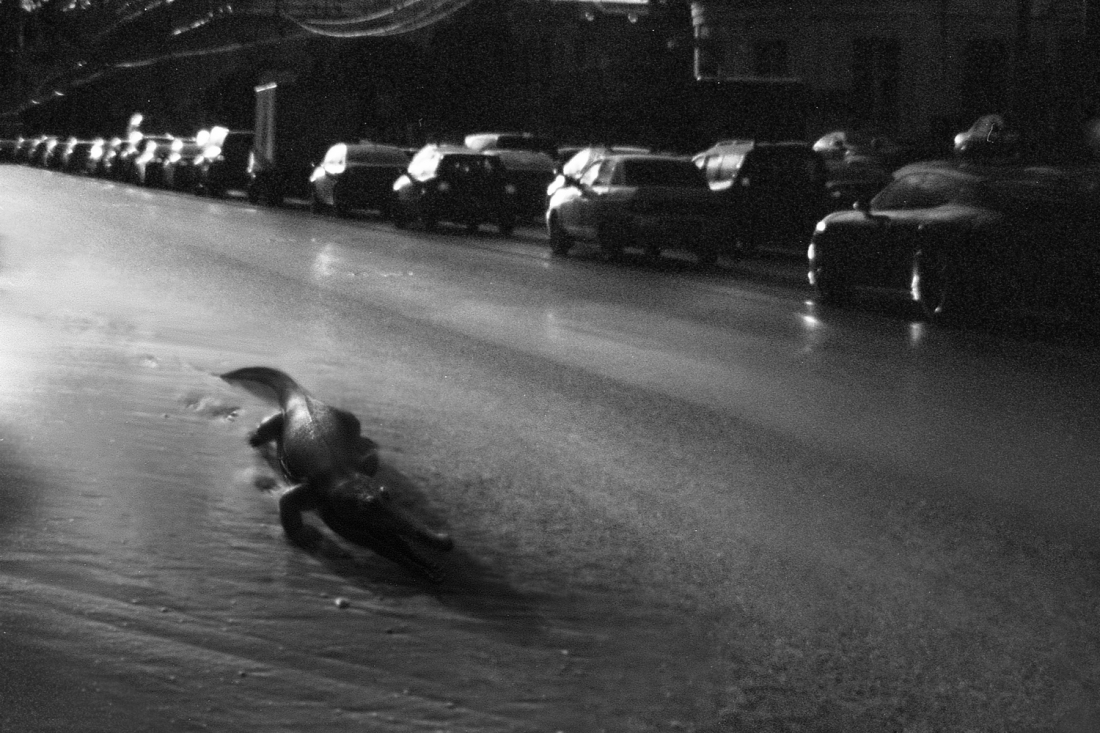 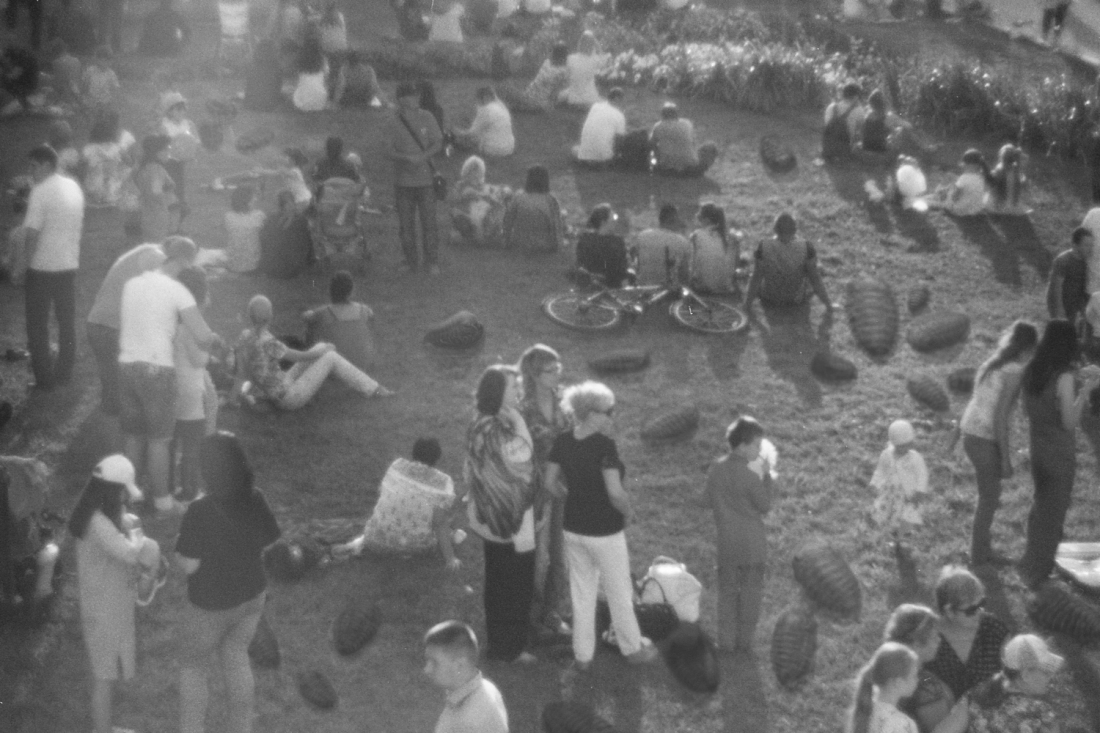 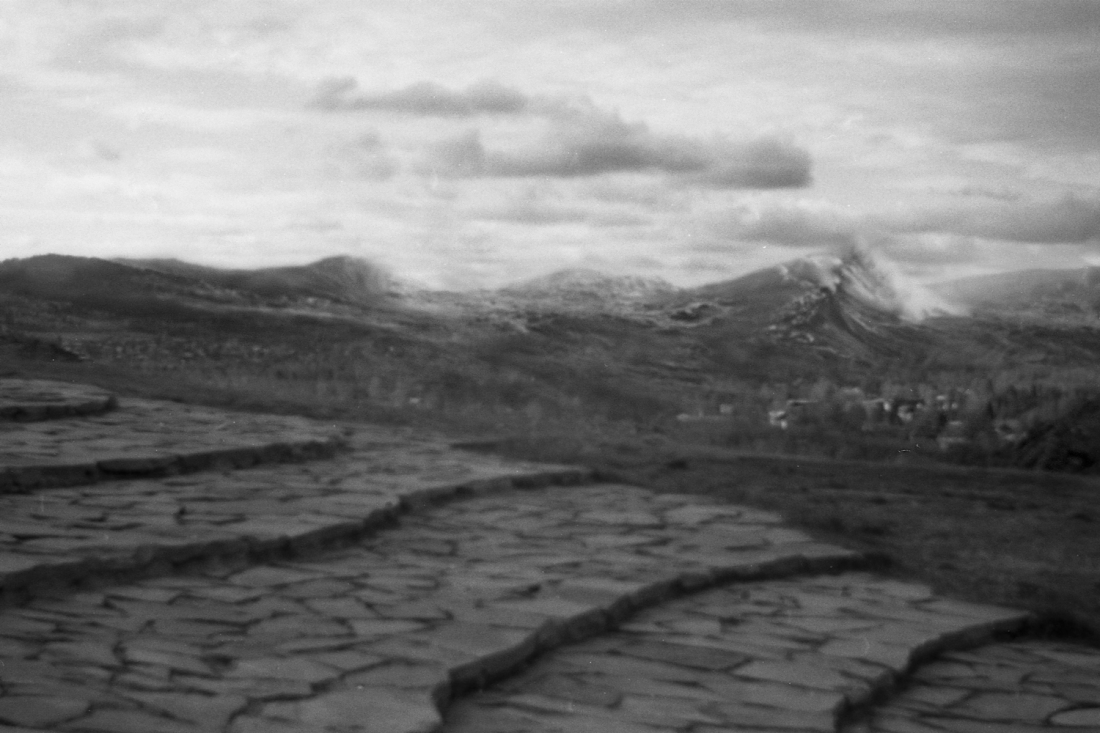 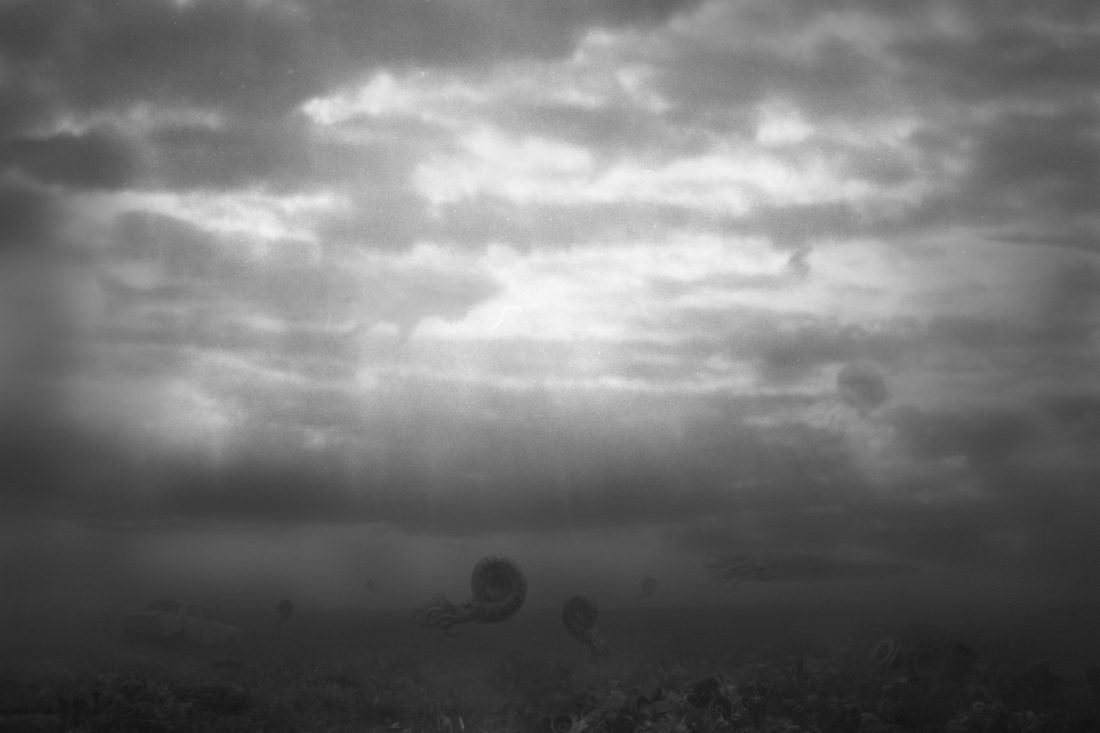 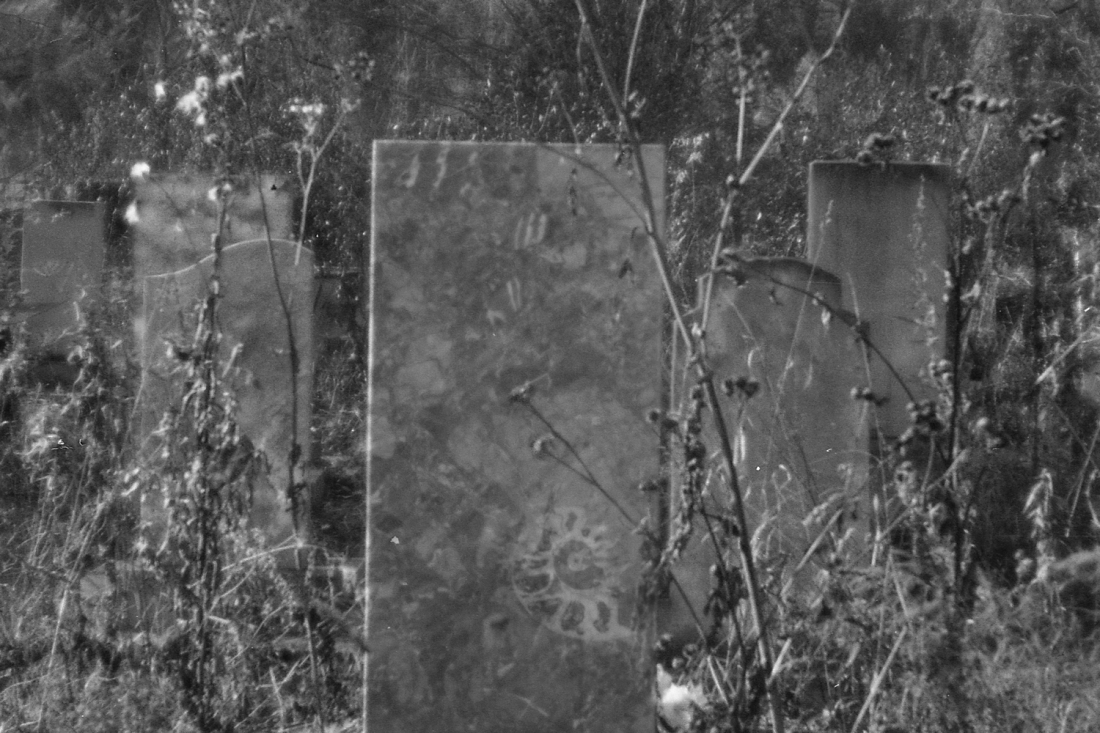 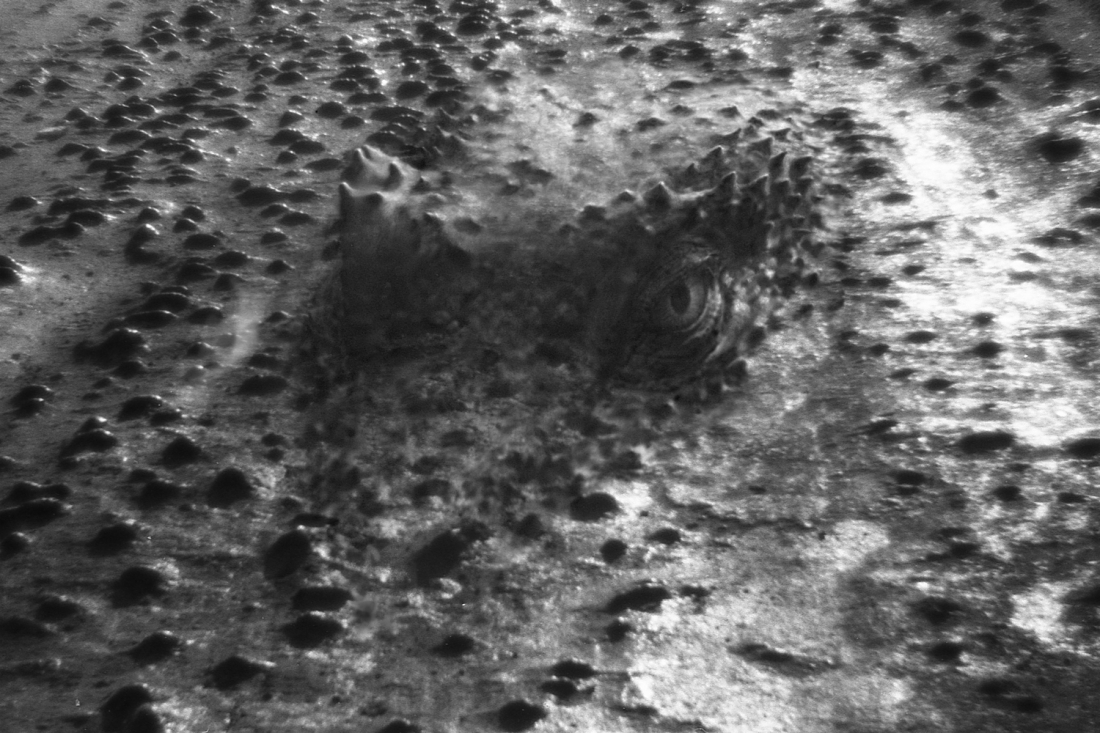 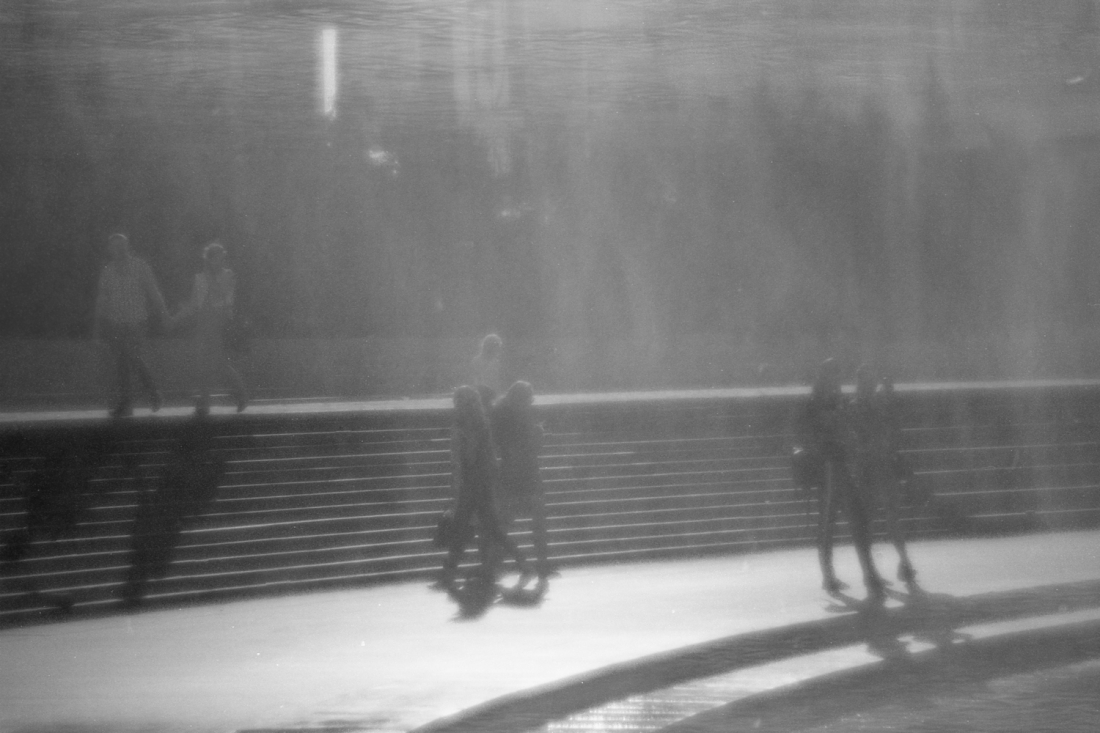 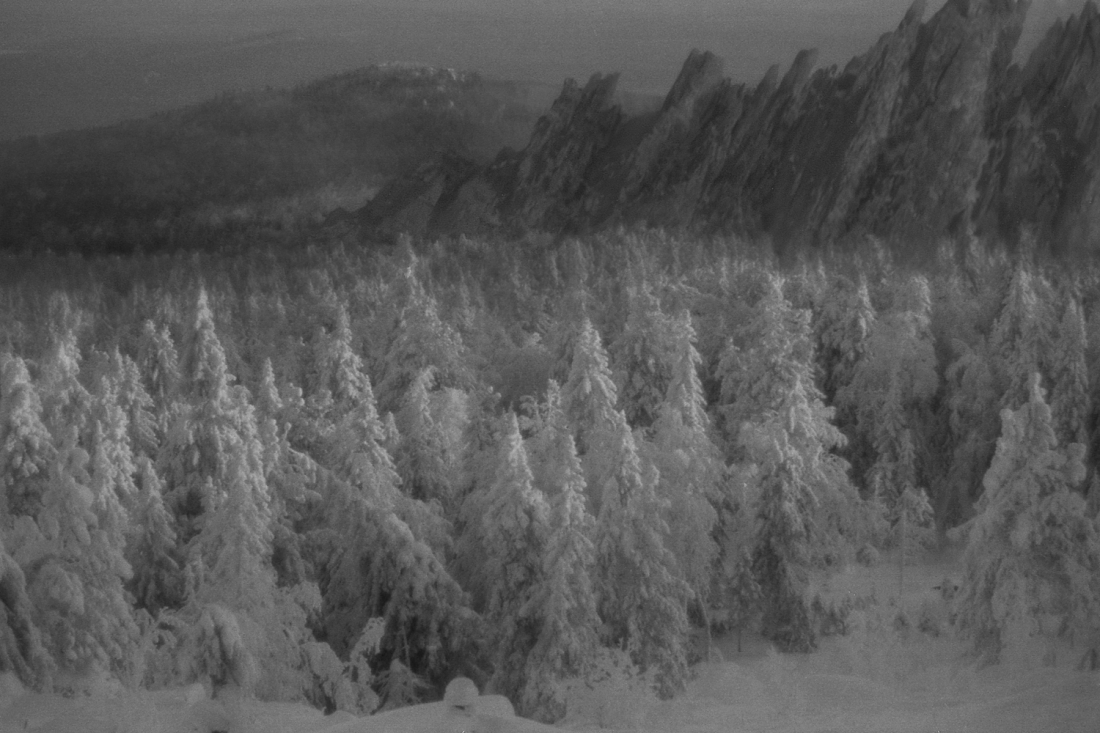 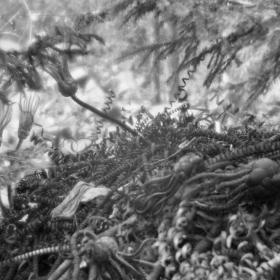 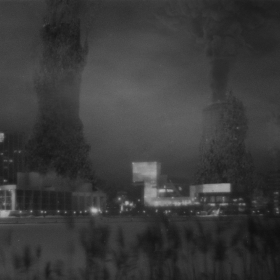 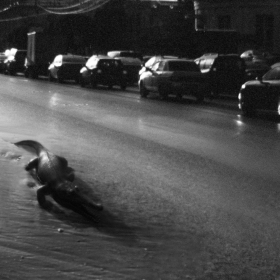 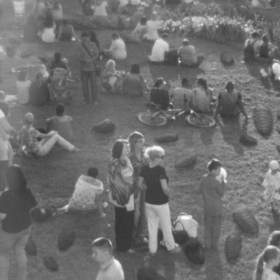 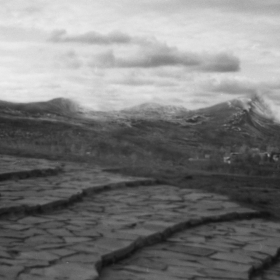 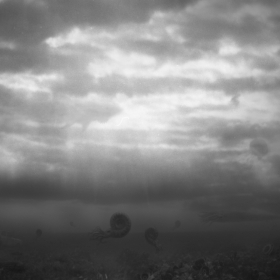 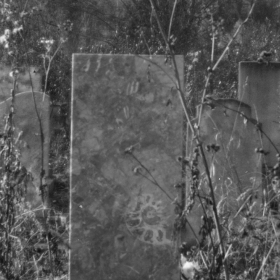 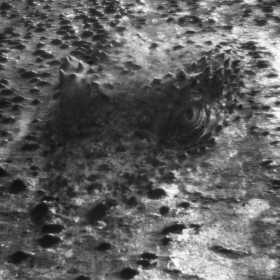 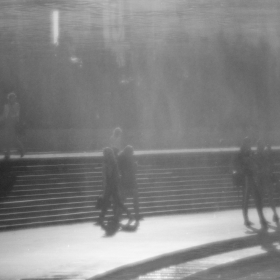 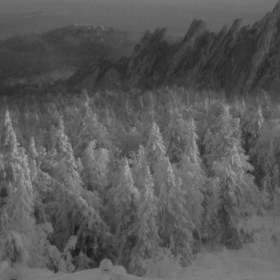 Natasha Podunova
Came from the sea
Share
Support this photographer - share this work on Facebook.
During three years the artists Natasha Podunova and Nastya Rostova are working on the project called "Came from the sea", creation of which was inspired by the fact of existence of the ancient sea in the Urals in the Paleozoic era. The idea is in combining together two periods – the Paleozoic and anthropocene – thus to give the viewer the opportunity to feel the fleetingness of human existence, the incomprehensibility of time and eternity, to plunge into the pristine nature of being, for we all come from the ocean and walk along the ancient seabed.
For more reliable reflection of the Paleozoic biota, the authors refer to scientists and paleontologists and geologists.
The basis of the project is black and white images which combine photography, drawing and collage. The photos were taken with the help of lens monocle; various graphic materials and techniques were used in the drawings: soft materials (sepia, coal), paper, cardboard, and computer graphics.
Photography, as a documentary evidence of the fact, is not initially questioned and at first glance immerses the viewer into reality. But if you look closer, you can notice unfamiliar objects, and the longer you look, the more new details and associations can appear.
Use of lens monocle creates the effect of illusory, the magic of what is happening which is amplified by graphics, complementing reality, and somewhere puts this reality in doubt.
Climate change today provides some food for thought on influence of the factor on evolution of the Earth, while no scientist can neither prove nor disprove this fact. Disappearance of the Aral and the Dead Sea puts people in the blind alley, the influence of religions spurs apocalyptic moods. We were eager to look far beyond the existence of mankind on the Earth and much deeper than the famous popularizer of the most terrible and charming monsters - dinosaurs.
In the history of the Earth, the times of domination of the sea (thalassocratic epochs) gave way to epochs when orogenesis in many parts of the planet led to the geocracies, domination of the mountains. Our task is to remind the viewer that success in the evolution of species depends on ability to adapt. To what conditions is, unfortunately, not the subject for us to decide.
The total number of works in the project will be about eighty, at the moment sixty is ready.

About author:
Natasha Podunova, photographer, artist of modern art, member of the Union of photo Artists of Russia since 2012. Explores the topic of time as a physical phenomenon and its subjective perception by a person. A participant of numerous group exhibitions of contemporary art and documentary photography in the cities of Russia, Europe and Asia. The winner of the Gold Medal of the 15th International Festival in China. The author of two solo exhibitions: in the Gallery of Contemporary Art, Ekaterinburg, 2013; in the Innovative cultural center Pervouralsk, 2017. The curator of the science-art project «Came from the sea». The author of "Look wider" photobook devoted to the life of blind people which is in the collections of Russian science and culture centers in Paris, Brussels, Berlin, Gdansk, Helsinki, Vienna, Antalya. Lives and works in Yekaterinburg.