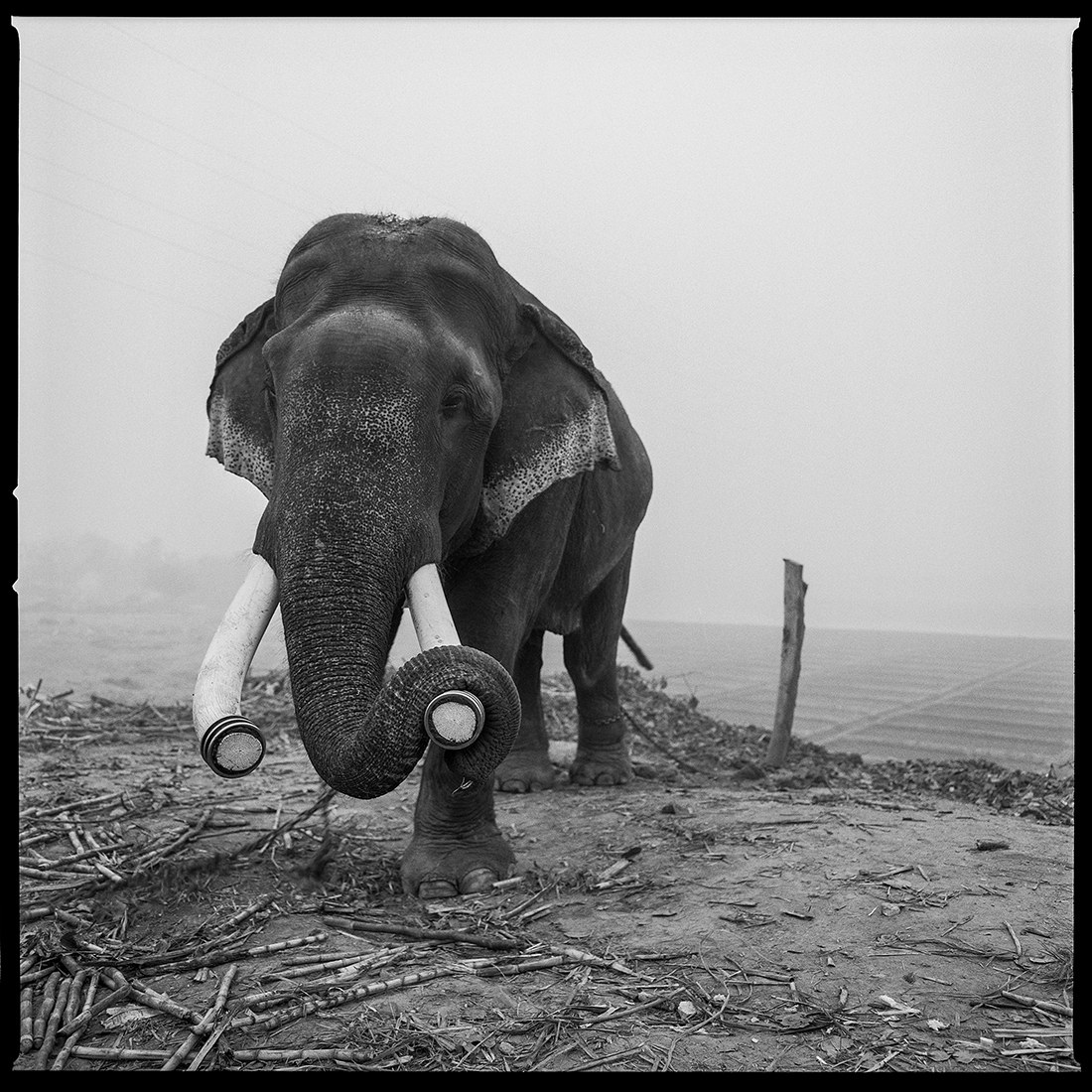 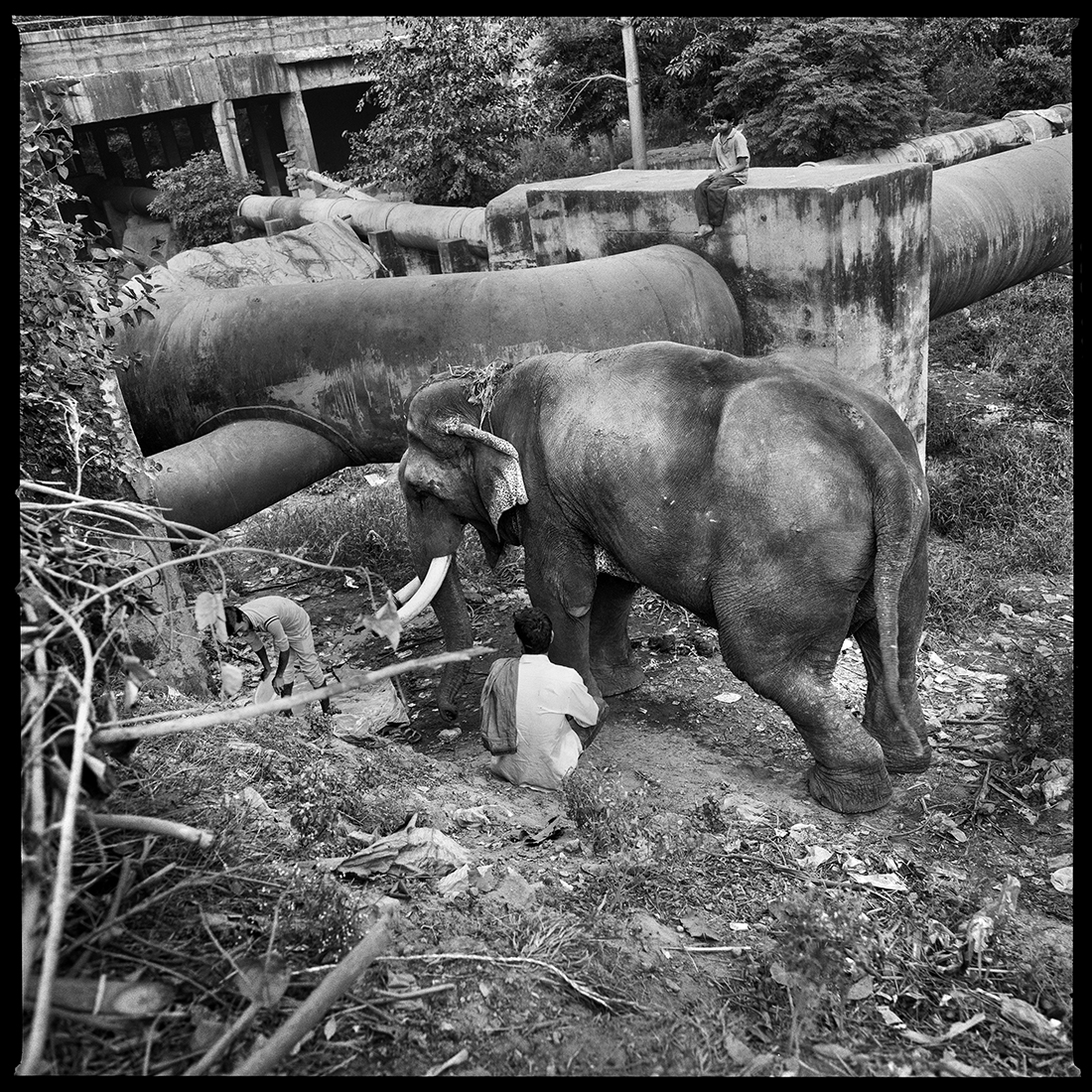 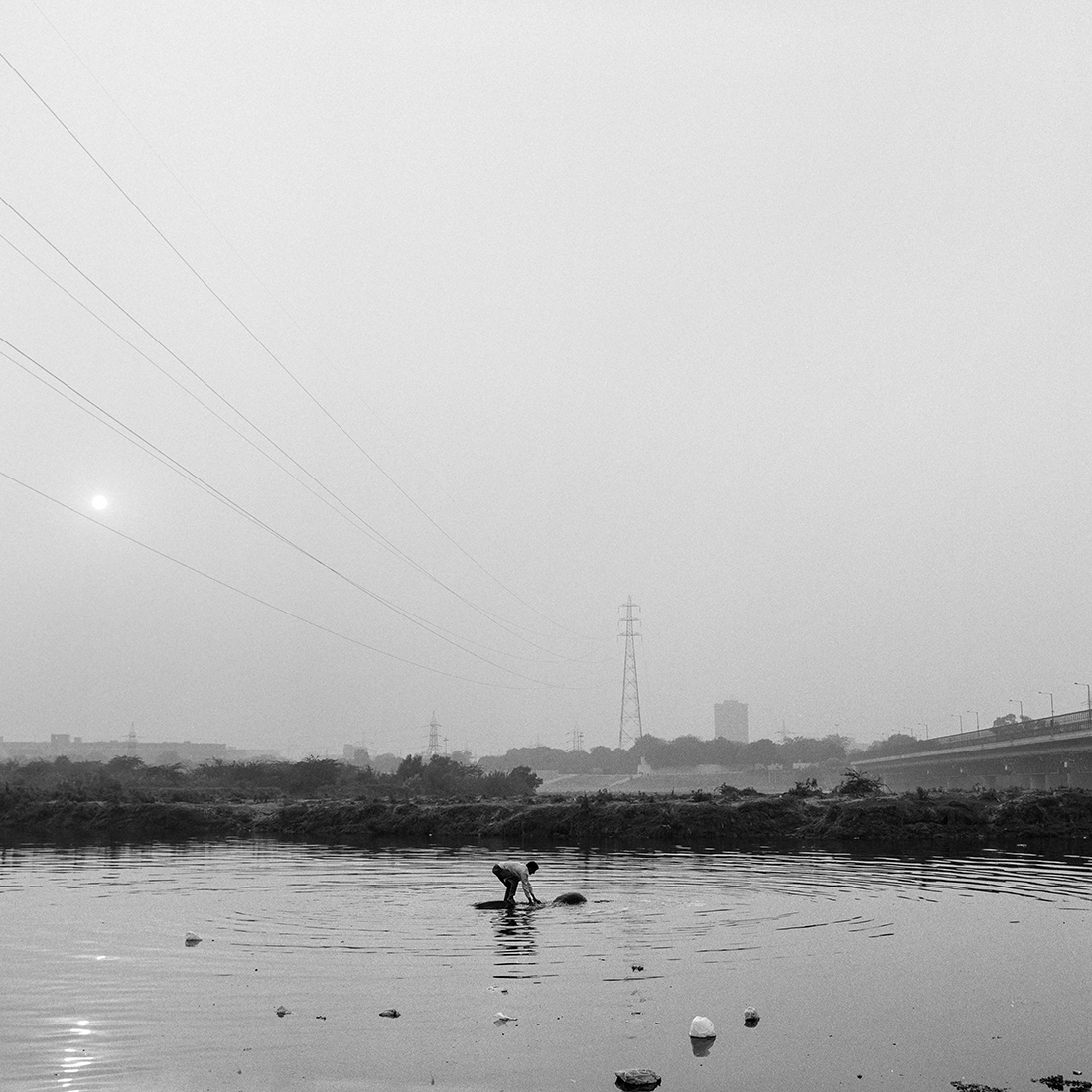 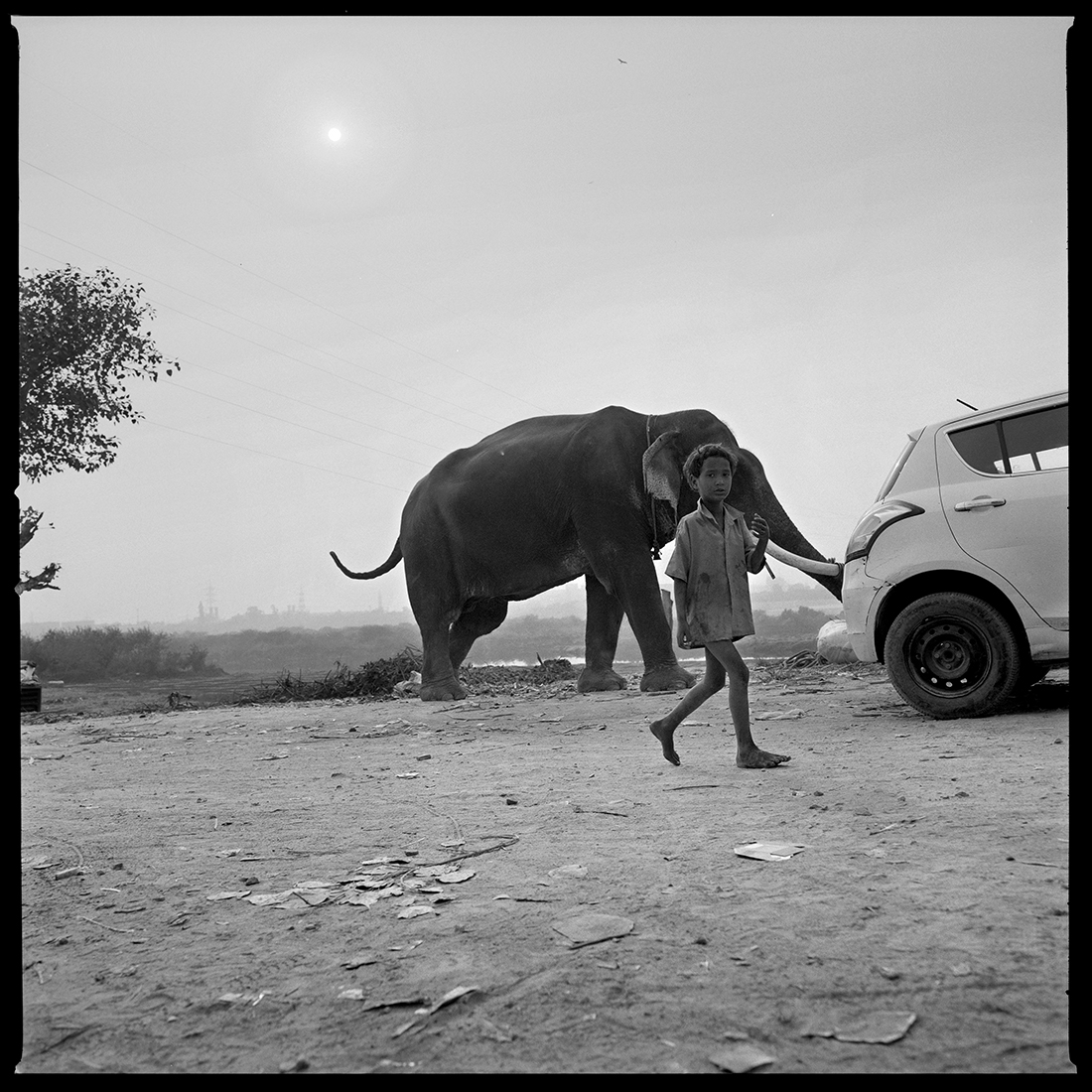 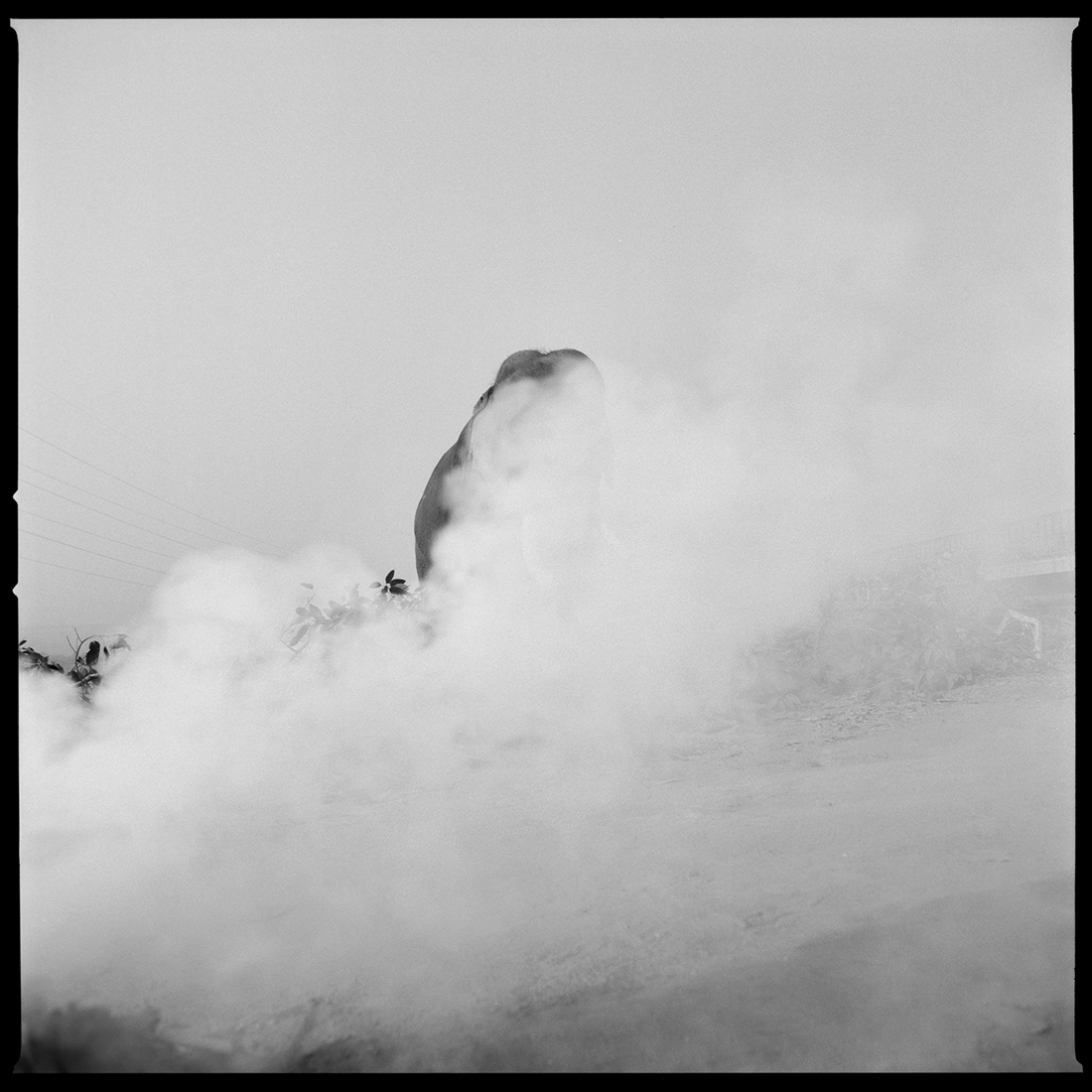 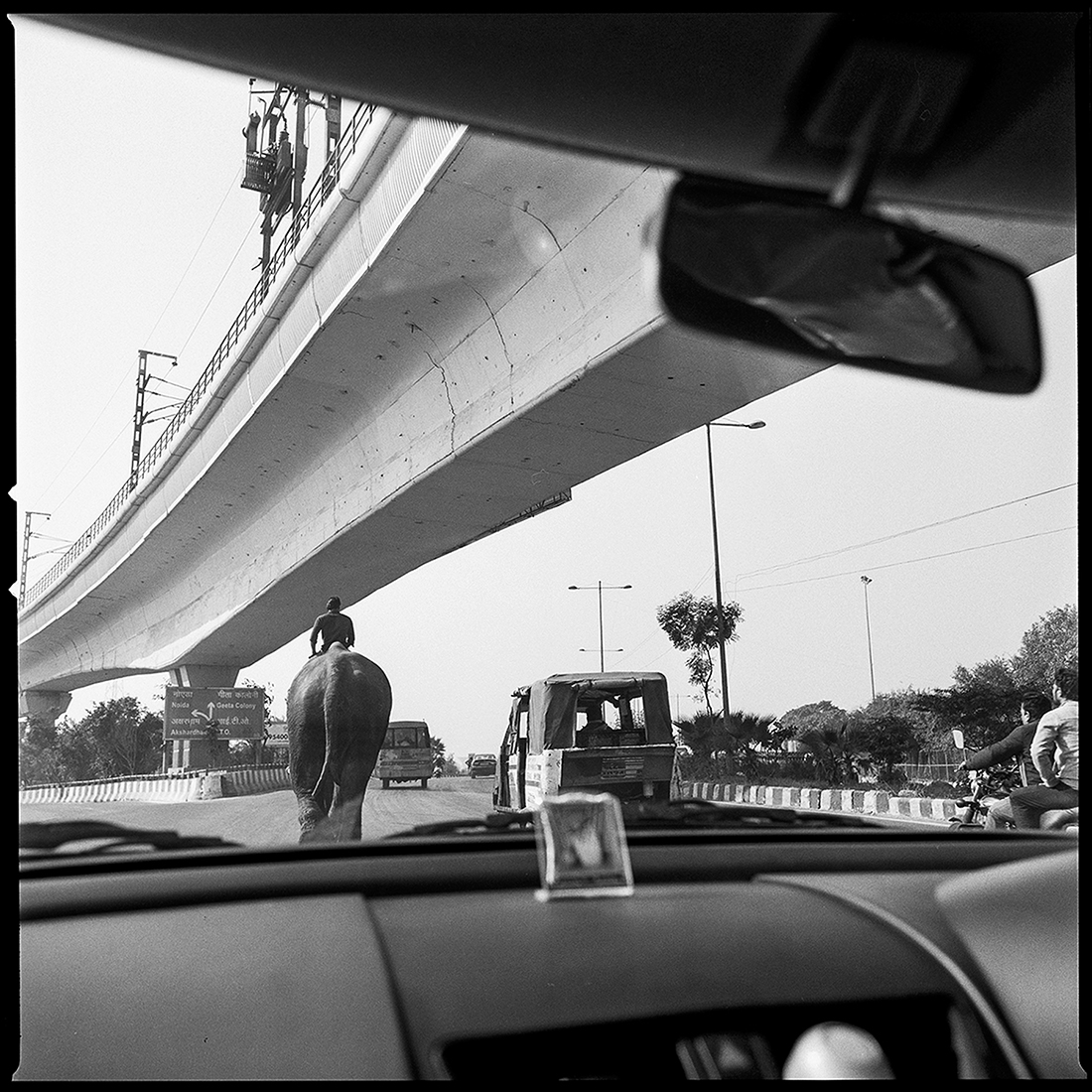 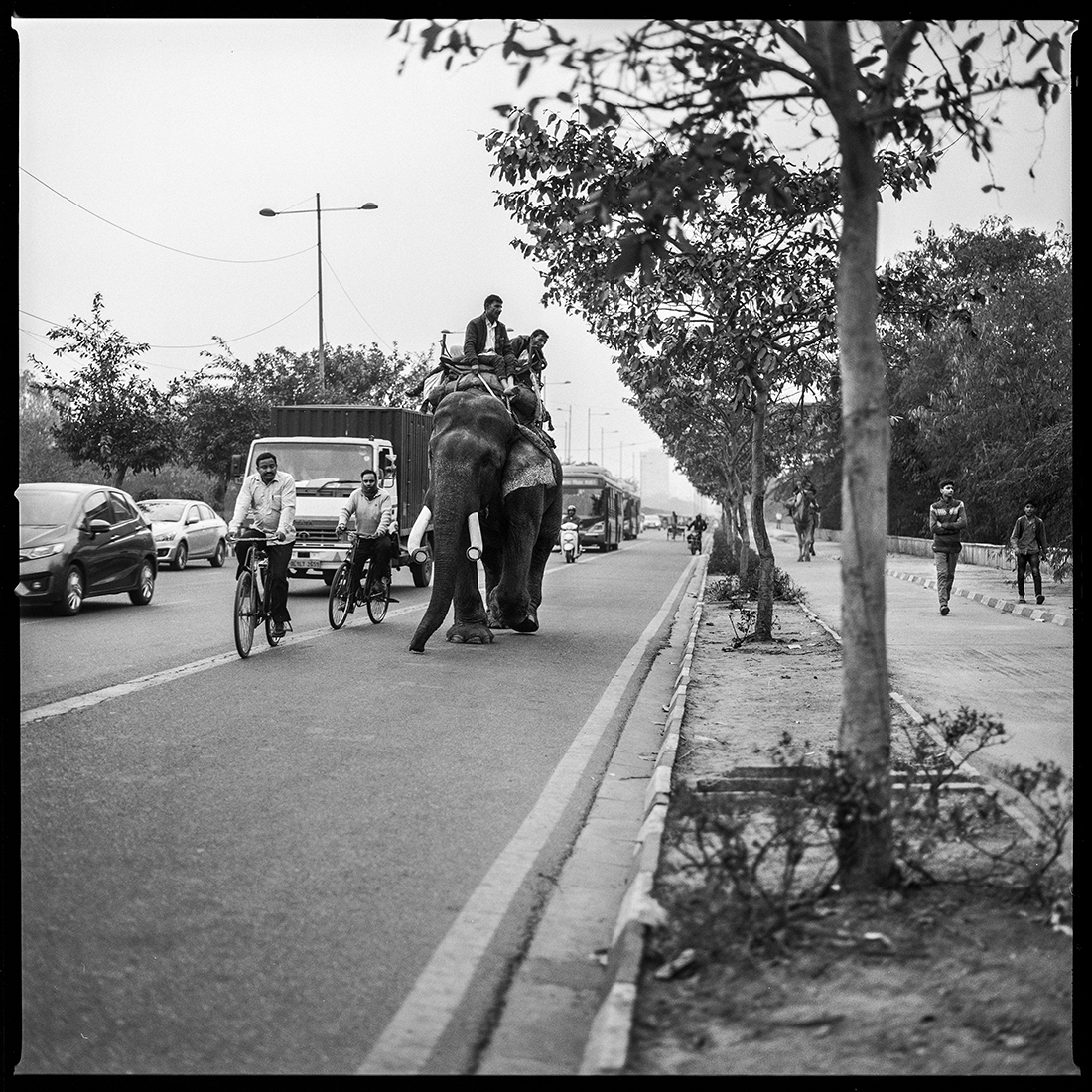 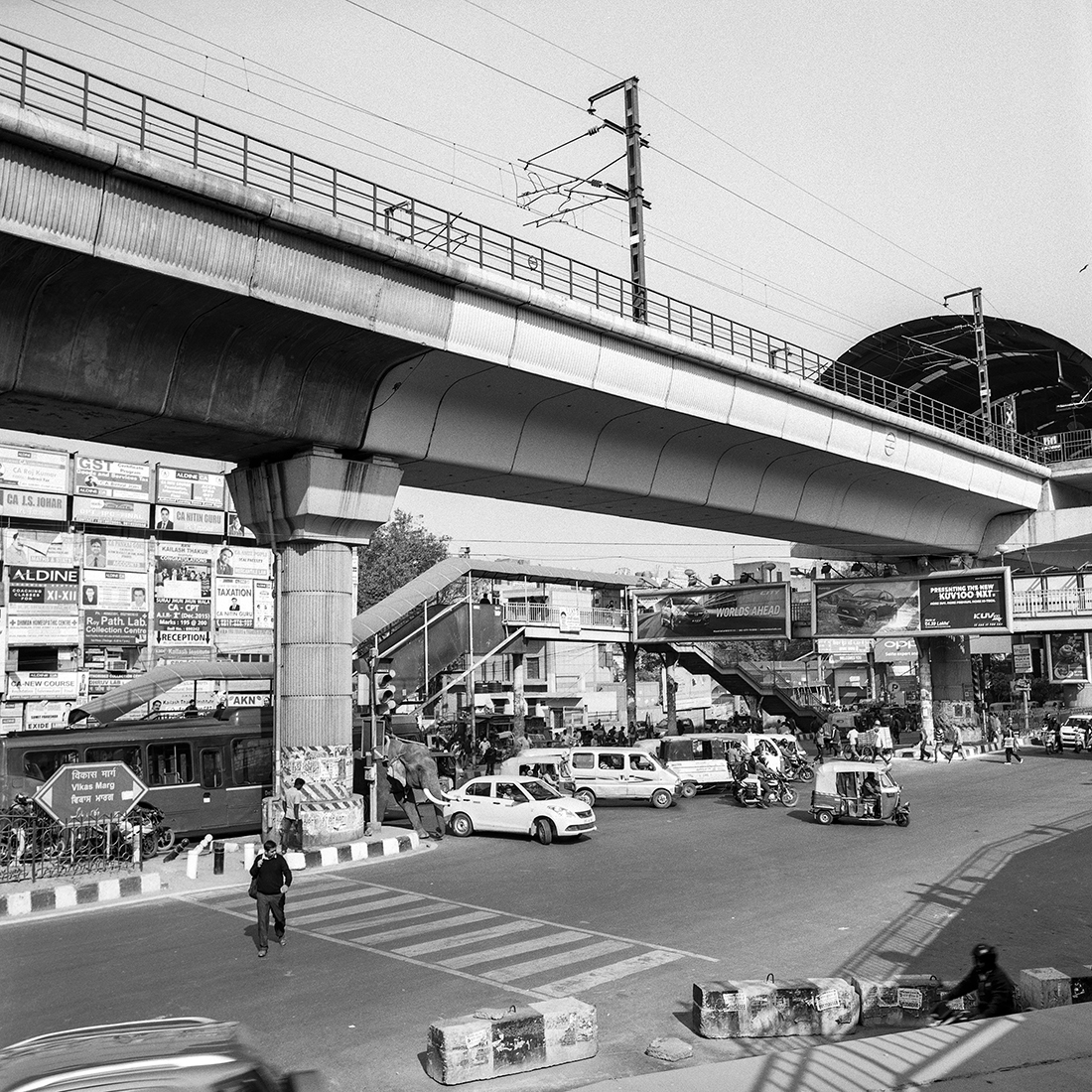 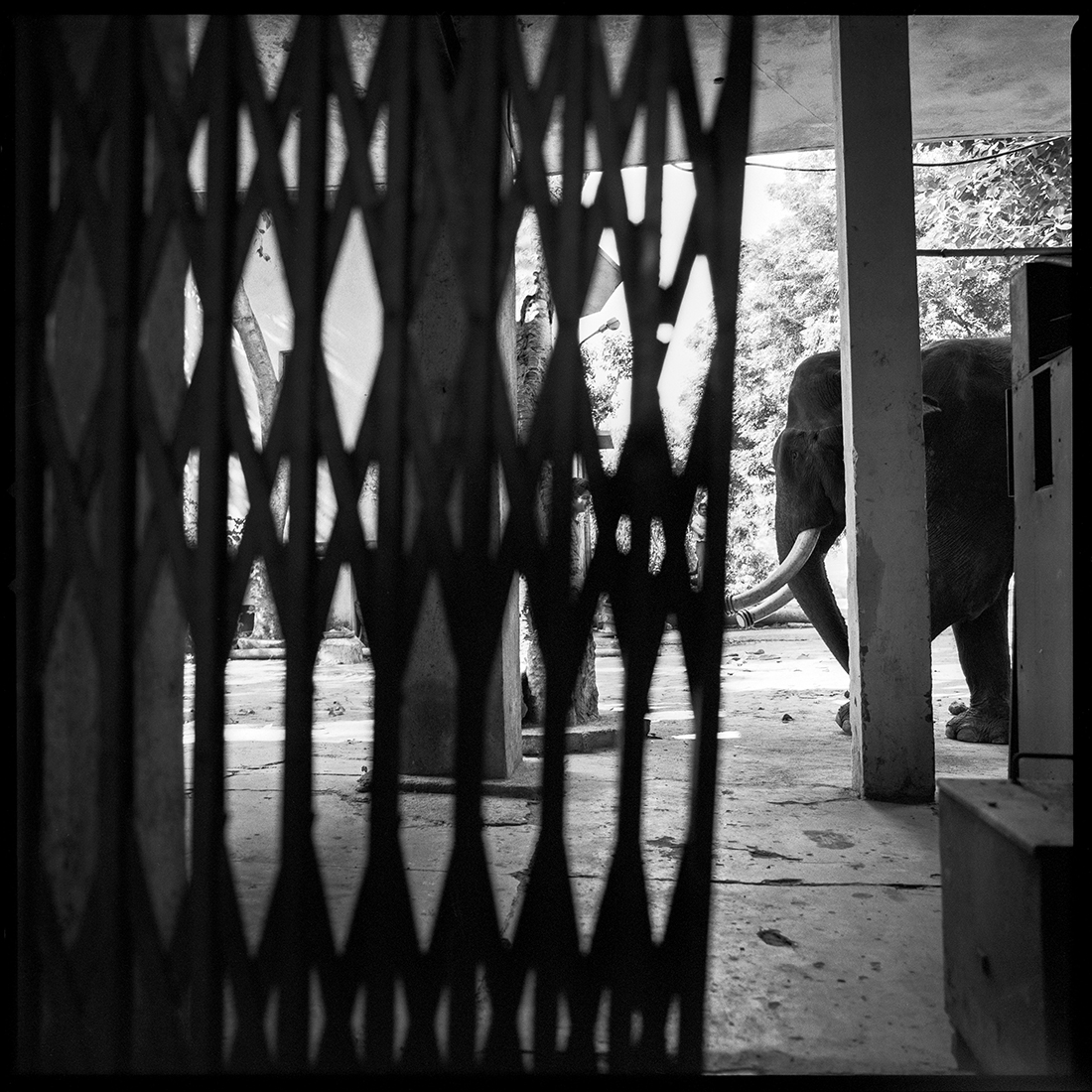 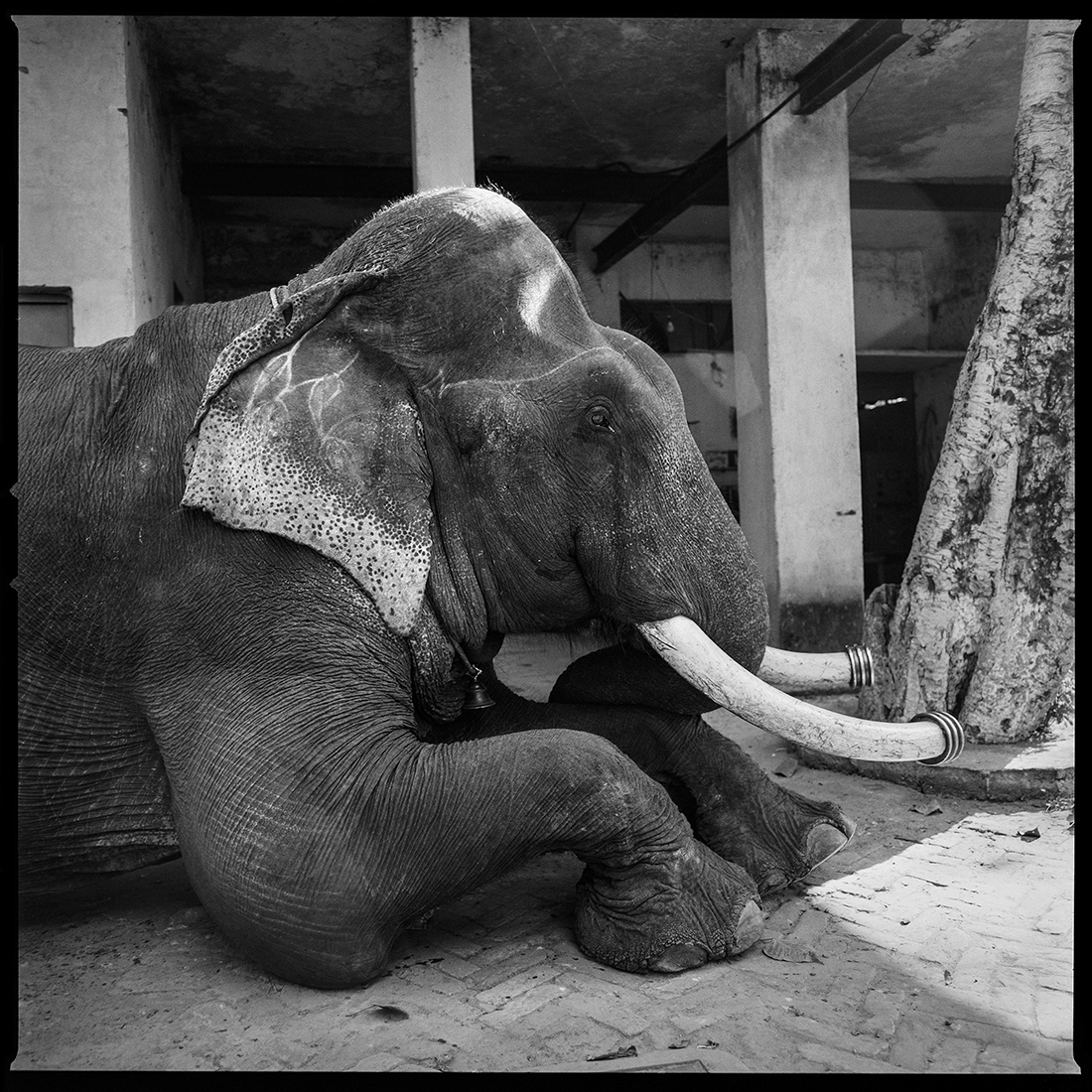 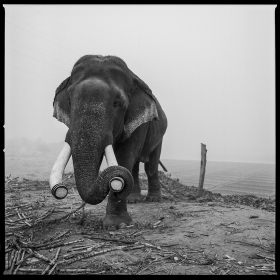 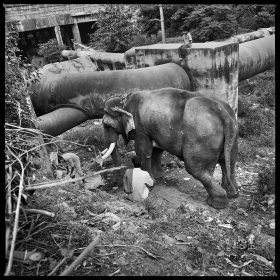 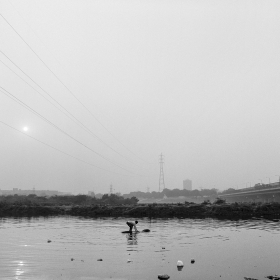 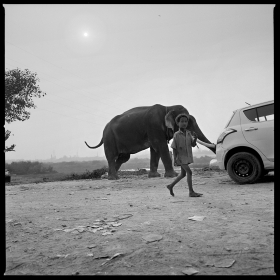 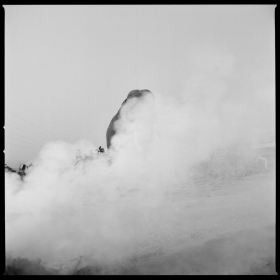 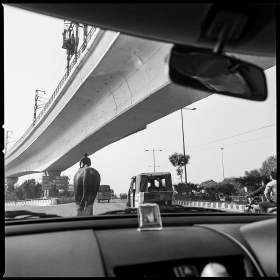 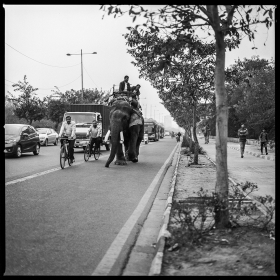 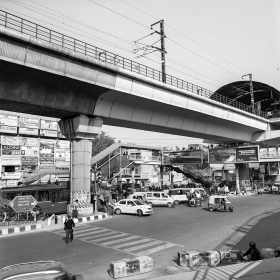 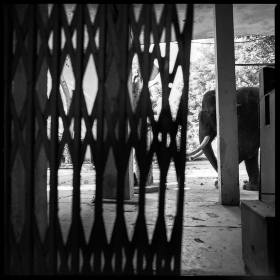 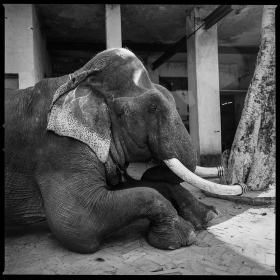 Arun Nangla
The elephant in the room
Share
Support this photographer - share this work on Facebook.
Hira is 35 years old and lives in the heart of Delhi. He is the last of a family of elephants donated to its owner's processors by a Maharaja from Utar Pradesh, India, hundred years ago. Hira is used for religious festivities and event and in advertising, but mainly Hira is part of the family he belongs to. He is the biggest possible pet a family can have.
It might seem curious to see an elephant in a city but Hira is not unique in this respect. He is both profitable for his owners and confers status on them as an unusual pet.
Official records show that there are seven domesticated elephants in Delhi, owned by four people. According to an order from the local Forestry Department they should be confiscated and shifted to wildlife sanctuaries. Hira’s owners challenged this order, asking the government to grant them land outside the city in order to not be separated from the elephant who has never lived in the wild. They are planning to move Hira to another state, but the destiny of the elephant is not yet clear. City life in Delhi while not a natural environment for an elephant, is what Hira is used to and his owners fear that living in the wild would kill him.
Delhi is becoming ever more unlivable for all living creatures, man and beast alike.
I took the photographs of Hira in November 2017, during the “Great Smog” when pollution in Delhi reached its most dangerous levels due to a combination of stubble burning in the neighbouring states of Punjab and Haryana, the power plants and factories close to residential areas, and the 10 million plus vehicles on Delhi’s roads.
As I photographed Hira, the fine pollutants that evade the body’s natural filters known as PM2.5, reached more than 11 times the World Health Organization’s safe limit. All Delhi schools were shut for days and people were advised to stay home.
It isn’t only the air that is polluted. Delhi’s waterways are in real danger too. Despite being considered by the Hindu religion as a holy river, the Yamuna is the most polluted in India and among the five most polluted rivers in the world. Tons of waste are discharged into the river everyday. This is where Hira is taken to bathe everyday.
Asian elephants are an endangered species. There are 350,000 African Elephants in the wild but only 50,000 Asian elephants in the wild, and that number is declining. Whilst African Elephants are killed by poachers for their ivory, the major threat for Asian Elephants is habitat loss. Forests are shrinking as human presence grows.
Hira is literally and figuratively “the elephant in the room”. Elephants are at risk due to human activities. This is an emergency for the environment and shows dramatic contradictions in the society.

About author:
I'm an artist, long distance traveller and motorcycle enthusiast based in London.
I graduated from Delhi College of Art. My first photography work was in the India/Pakistan War in 1999.
After that I've been involved in a variety of documentary projects for NGOs and photo agencies, and personal projects.
Along with my work in photography I also started getting involved in documentary films, focusing as for my photography work on social and environmental issues and human stories
My first film “And miles to go before I sleep” is about my solo motorcycle trip from Alaska to the tip of South America.