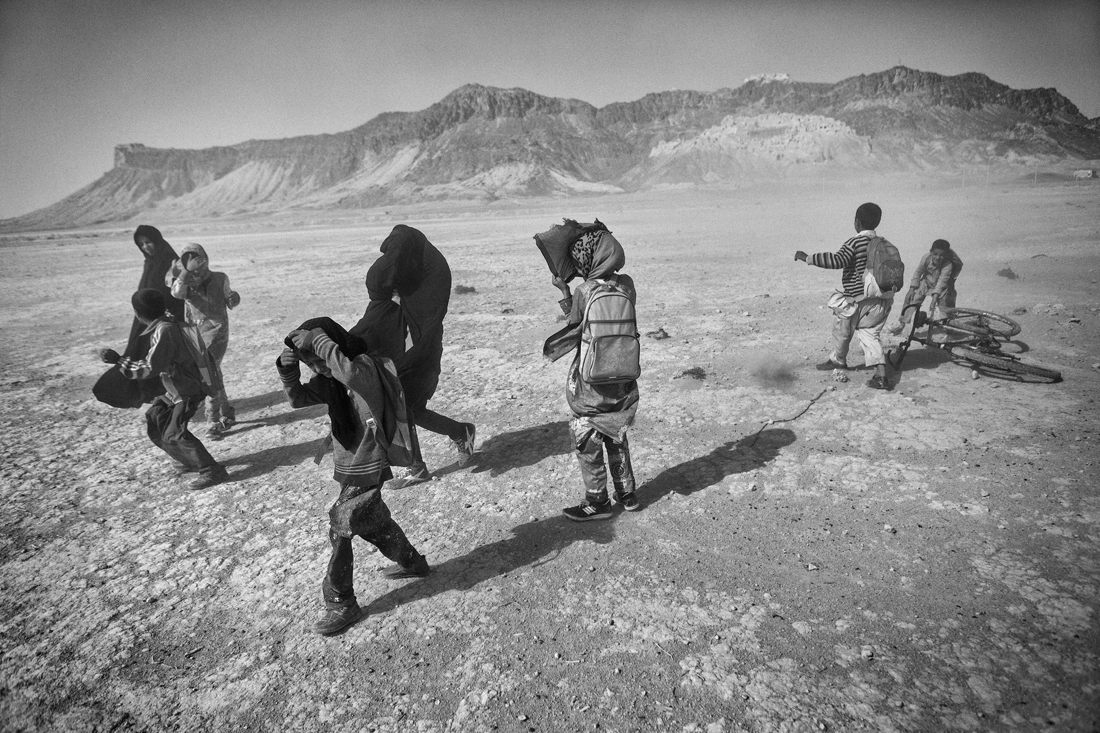 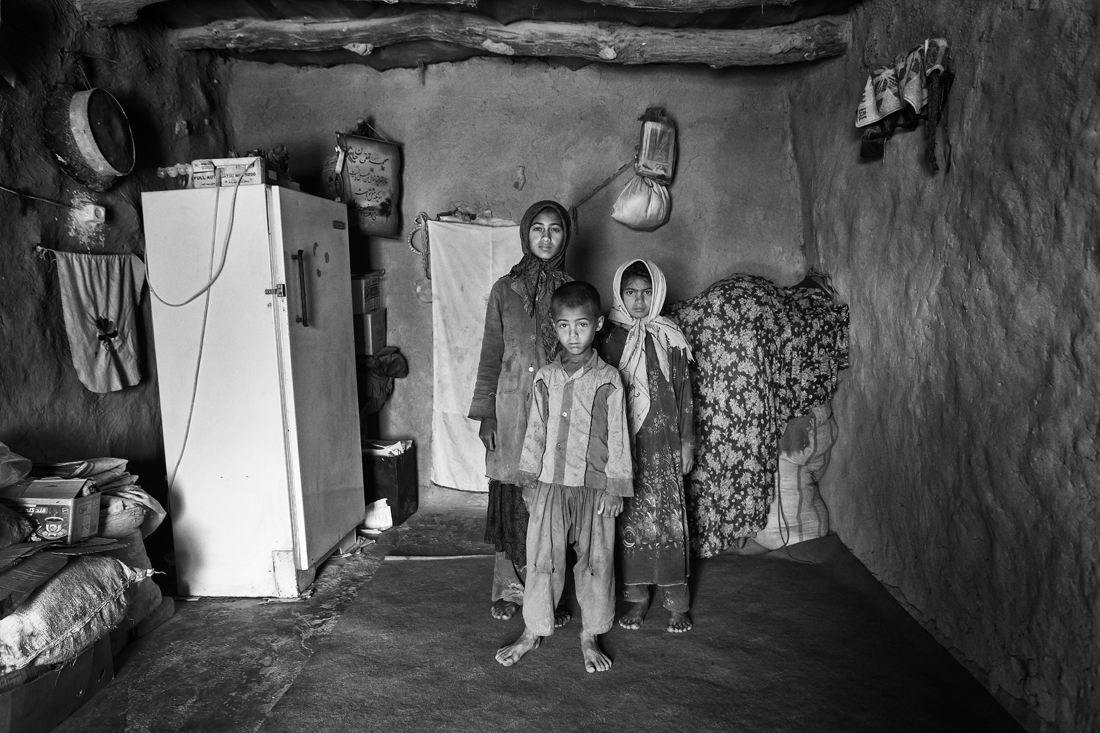 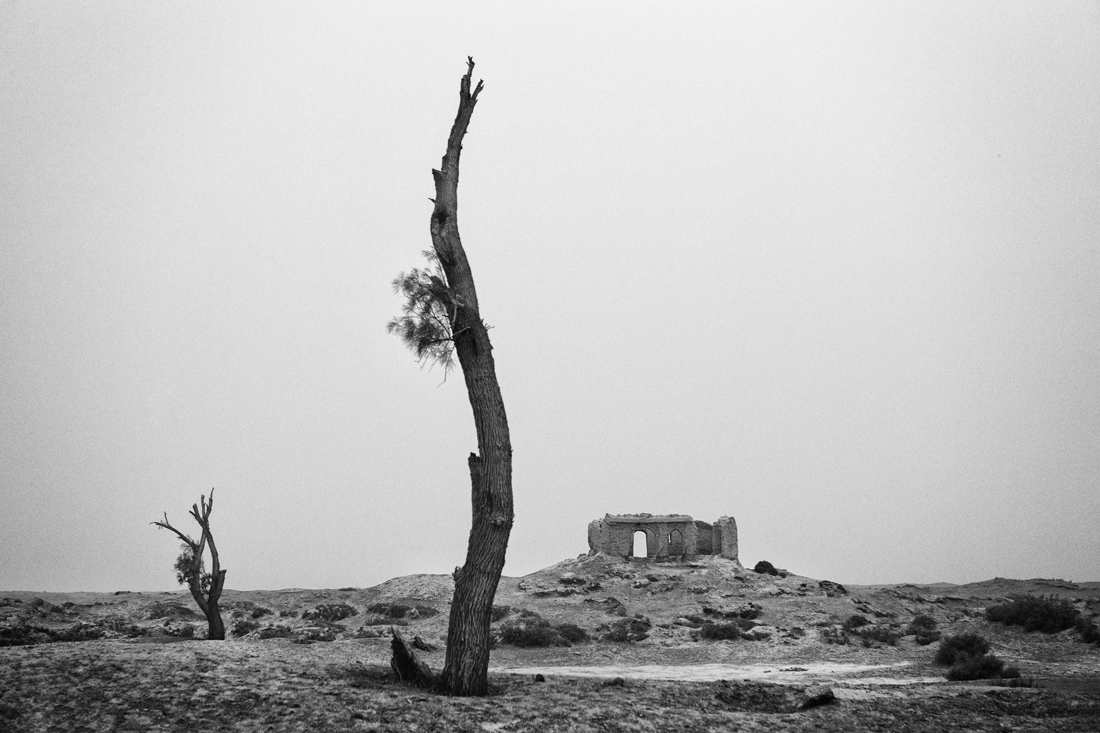 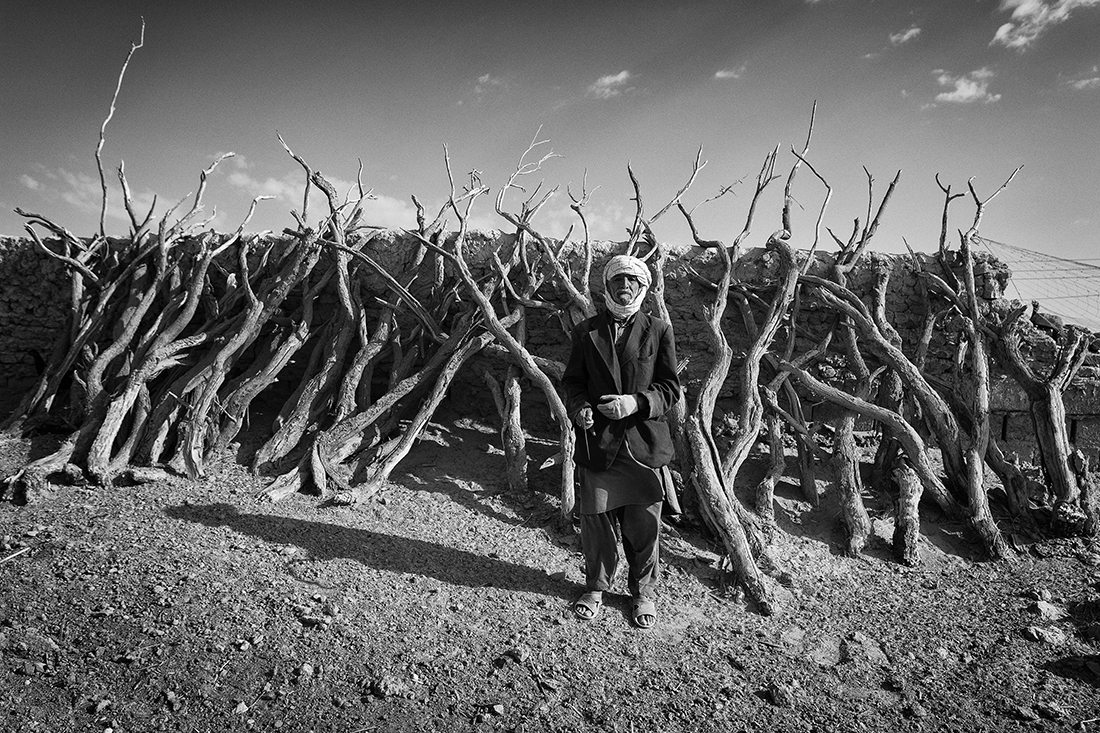 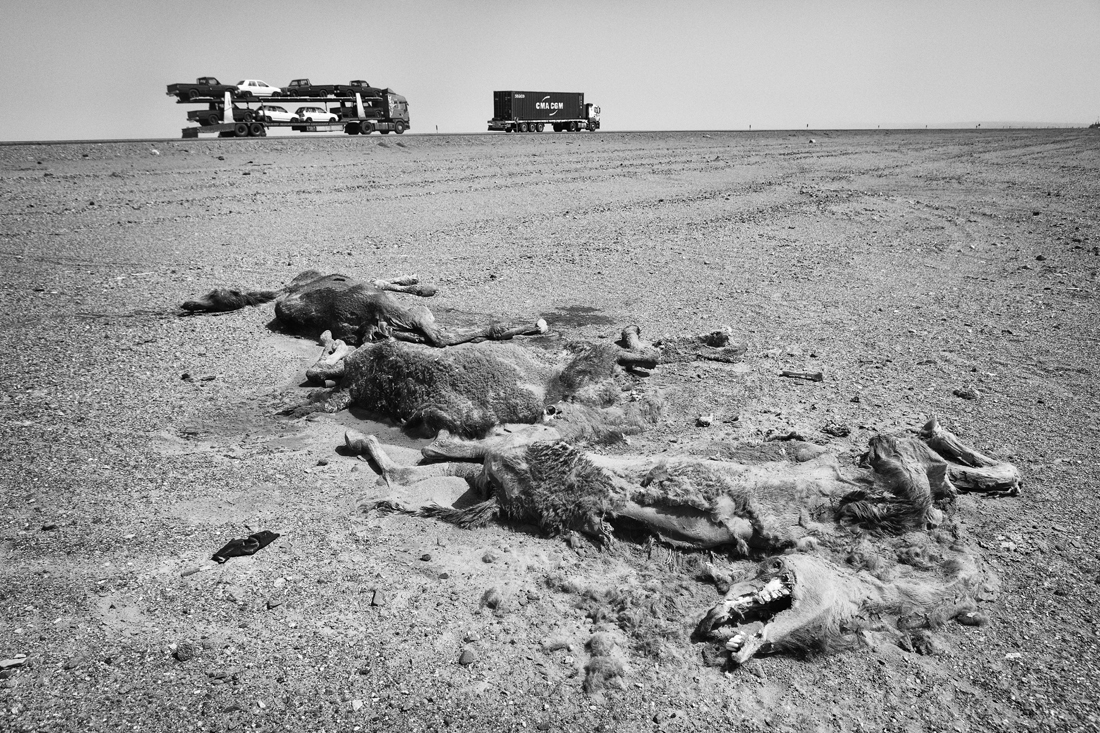 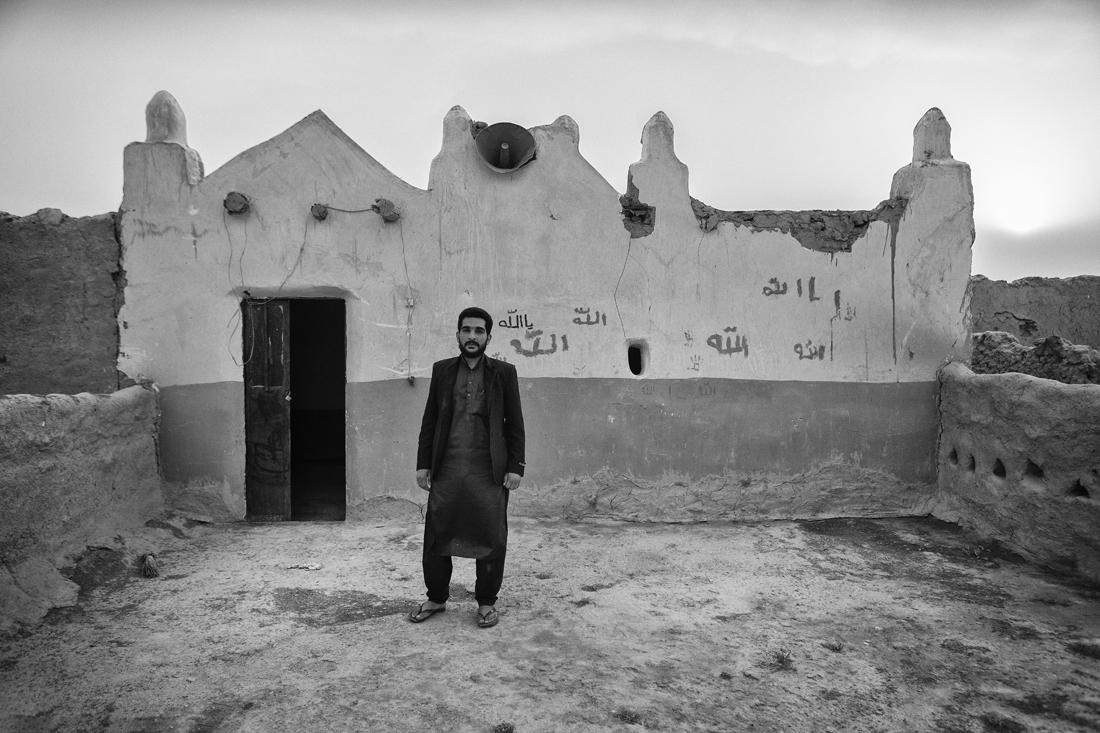 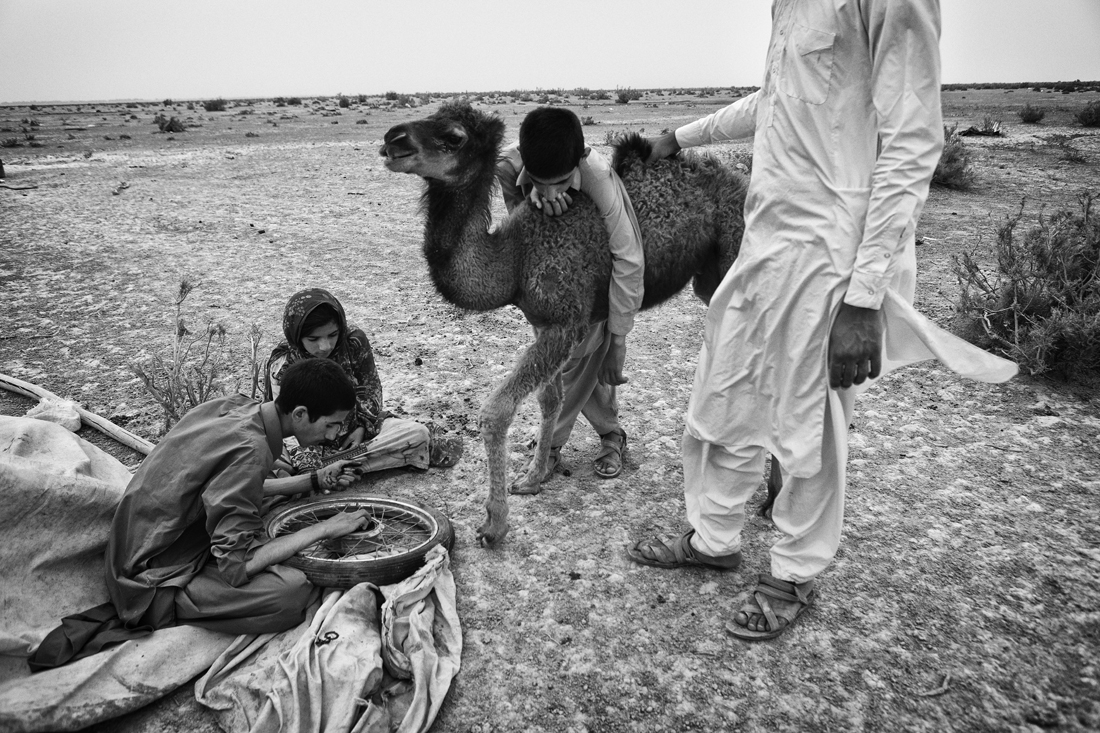 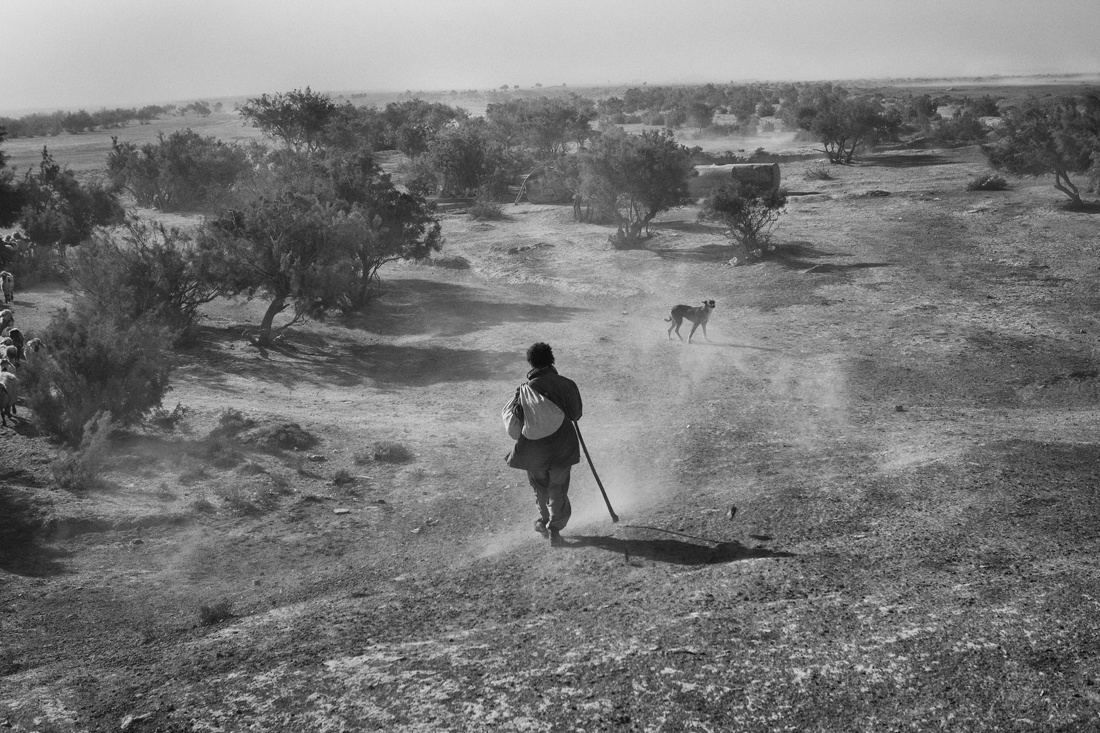 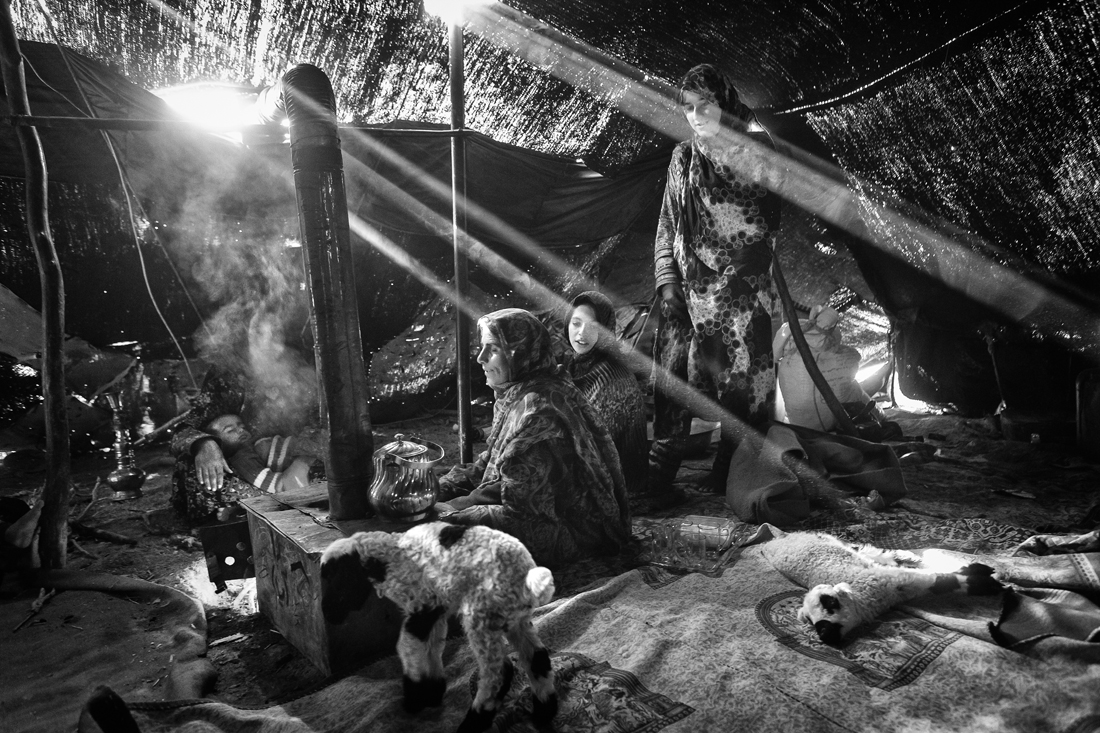 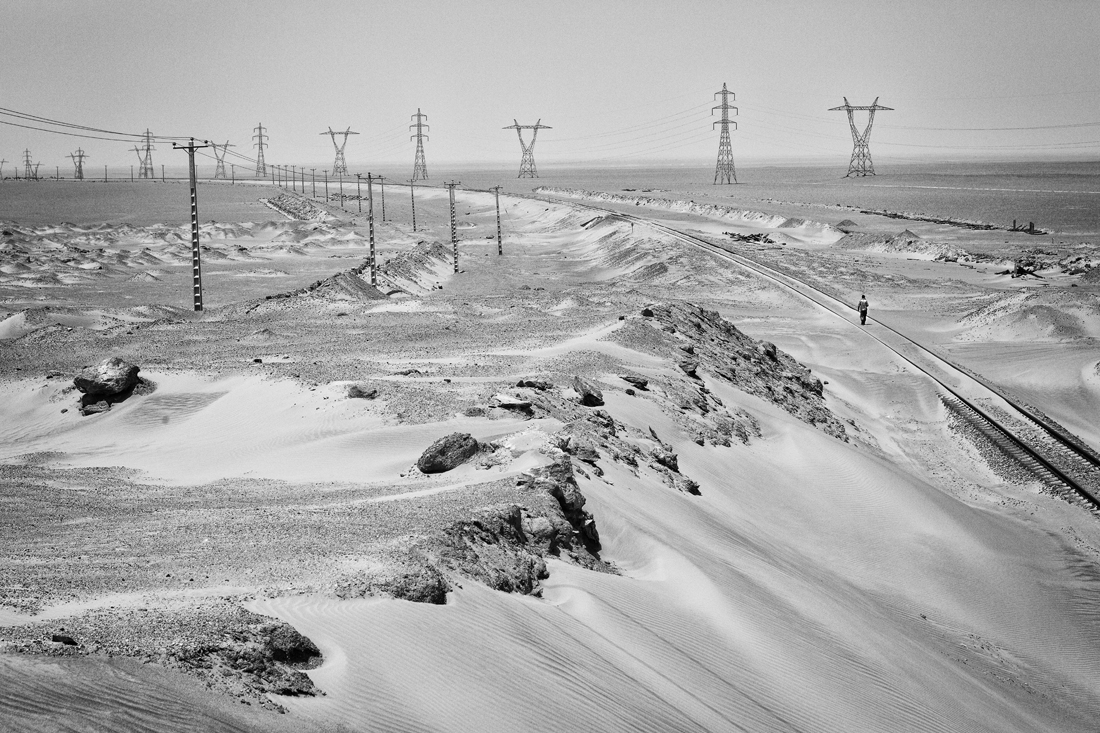 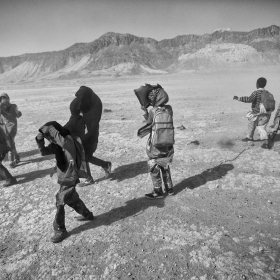 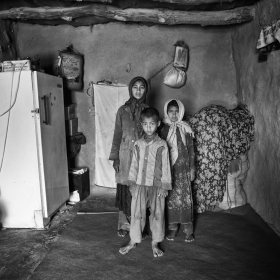 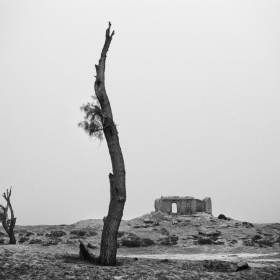 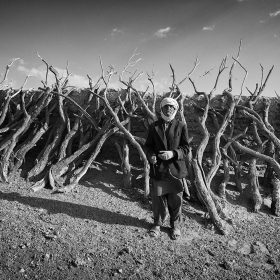 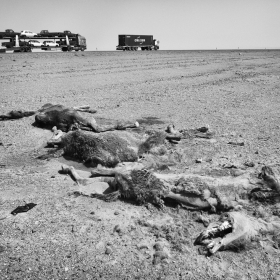 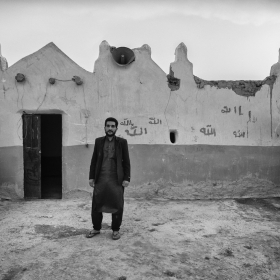 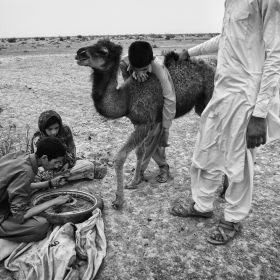 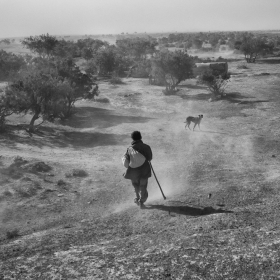 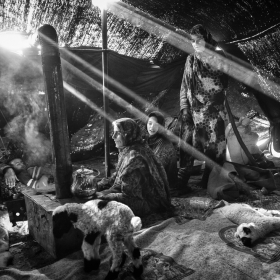 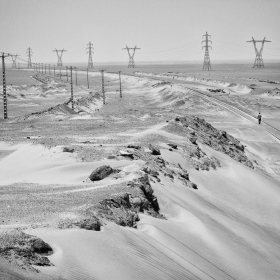 Jalal Shamsazaran
Without Hamoun
Share
Support this photographer - share this work on Facebook.
Hamoun has been dried and the wind blows everywhere.
These days, Iranian people are dealing with environmental and economic problems.
Climate changes, drought, reduction of raining, governmental mismanagement and drying the lakes and wetlands are the most important problems.
Sistan in Southeast of Iran and in the boundary of Afghanistan is one of the regions that are affected harshly by drying Hamoun Lake.
Before drought in 1999, Sistan was considered as the wheat store of Iran. By reduction in amount of entering water of Hirmand River from Afghanistan to this region, Hamoun Lake and wetland that was the only hope and power point of economy in Sistan was dried.
Increase in pace of the 120-days winds because of drought in Hamoun Lake and particles of dried sediments in floor of the Lake have created environmental and health risk for residents. More than four hundred thousand people are affected by the drought.
Wind is a part of Sistan people’s life. It blows everywhere and every time. Springs are dried. Livestock are afflicted with disease and children health is under risk. Unemployment and poverty threatens the people. Many people have migrated to other cities but some are unable to migrate. They have stayed and struggle with this wild nature.

About author:
Jalal is an internationally renowned photographer based in the city of Tabriz, Iran. He is a self-taught visual storyteller and in the past decade he has majorly works on humanitarian and climate change long term projects. With a cinematic vision and poetic narratives, he achieved various local and international awards such as POY and became a recipient of Pulitzer Center Grant. Aside that, Jalal’s works have been published globally.
visualizing the hidden layers of human’s life, where the identity, culture and history lays beyond the harsh environment has been Jalal’s mission in the past 25 years, and he wishes the impact of his images could raise awareness and bring hope for better future. Jalal joined NVP Images in 2020 as an Associate Photographer.