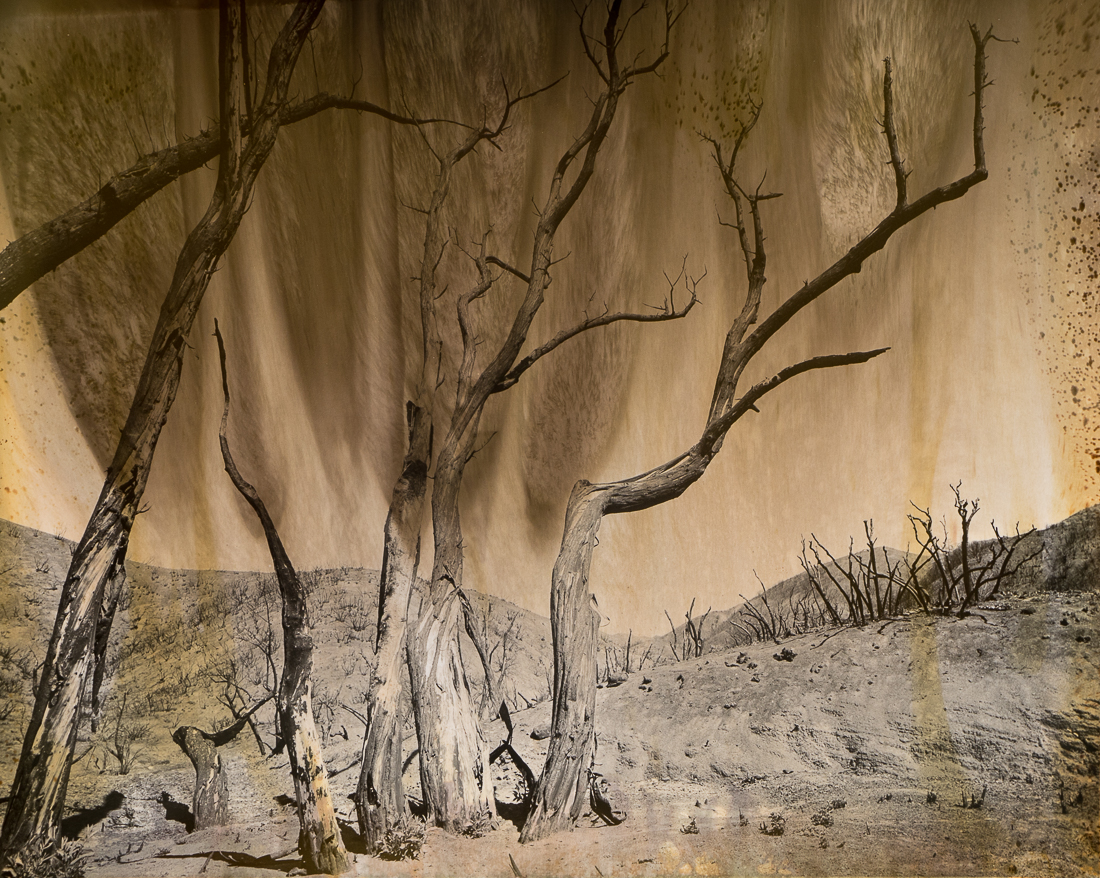 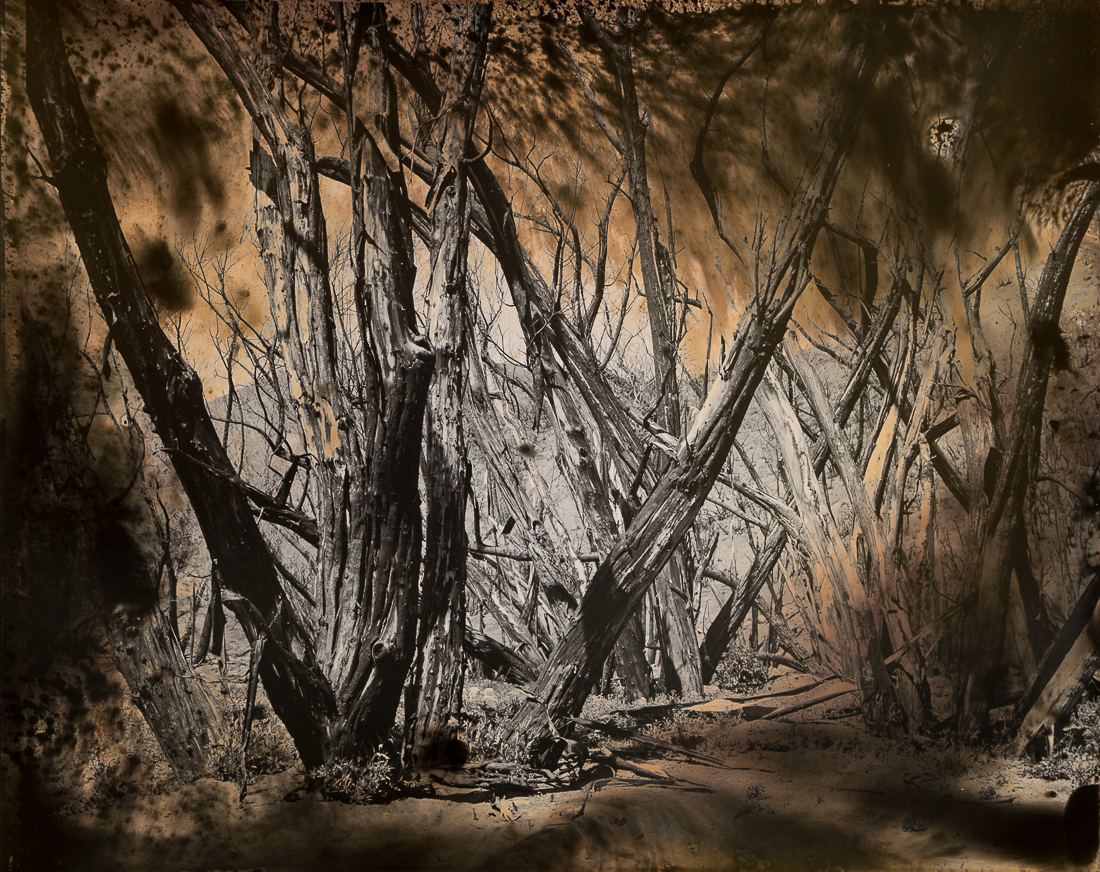 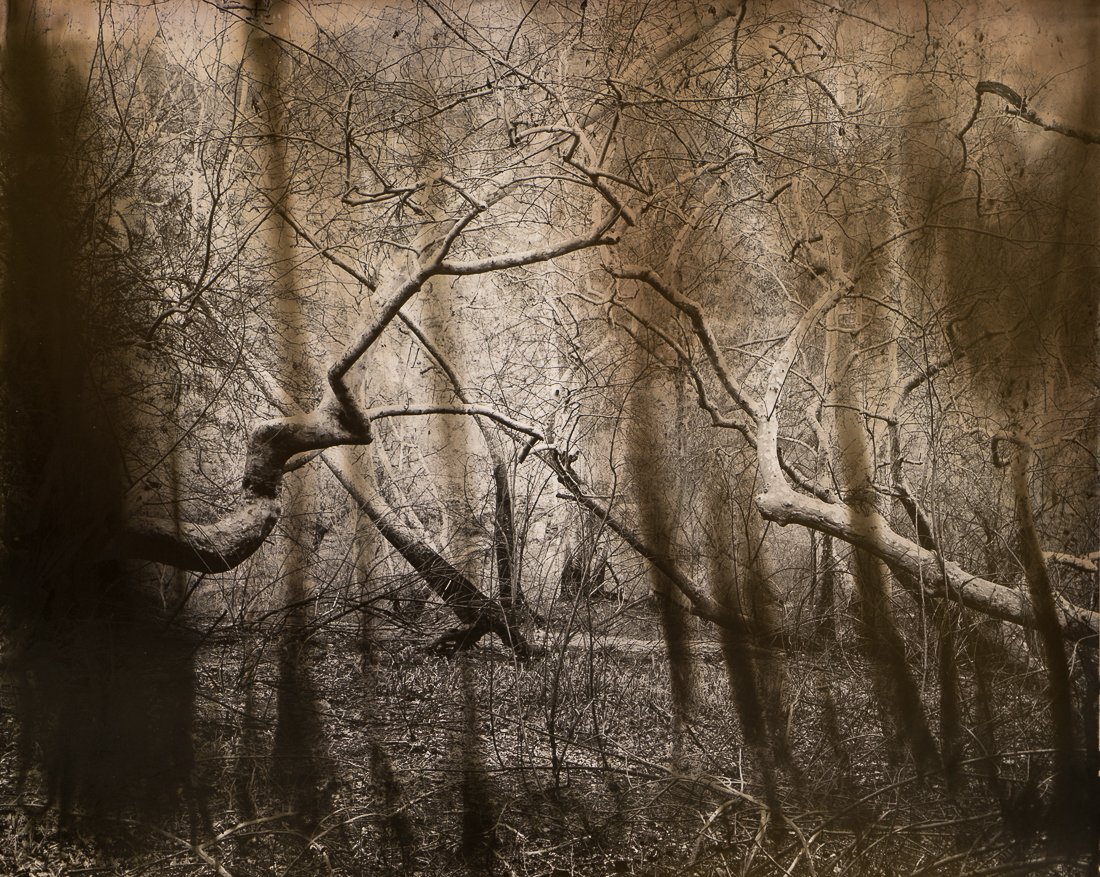 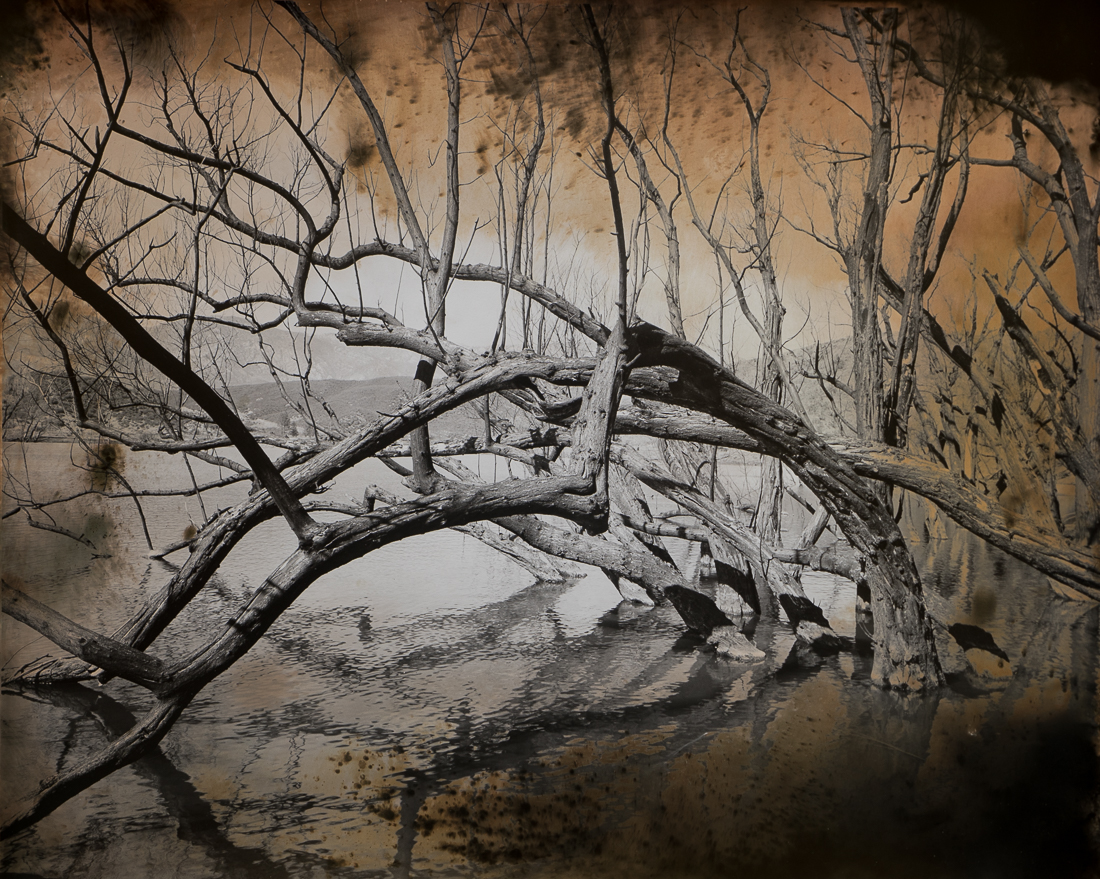 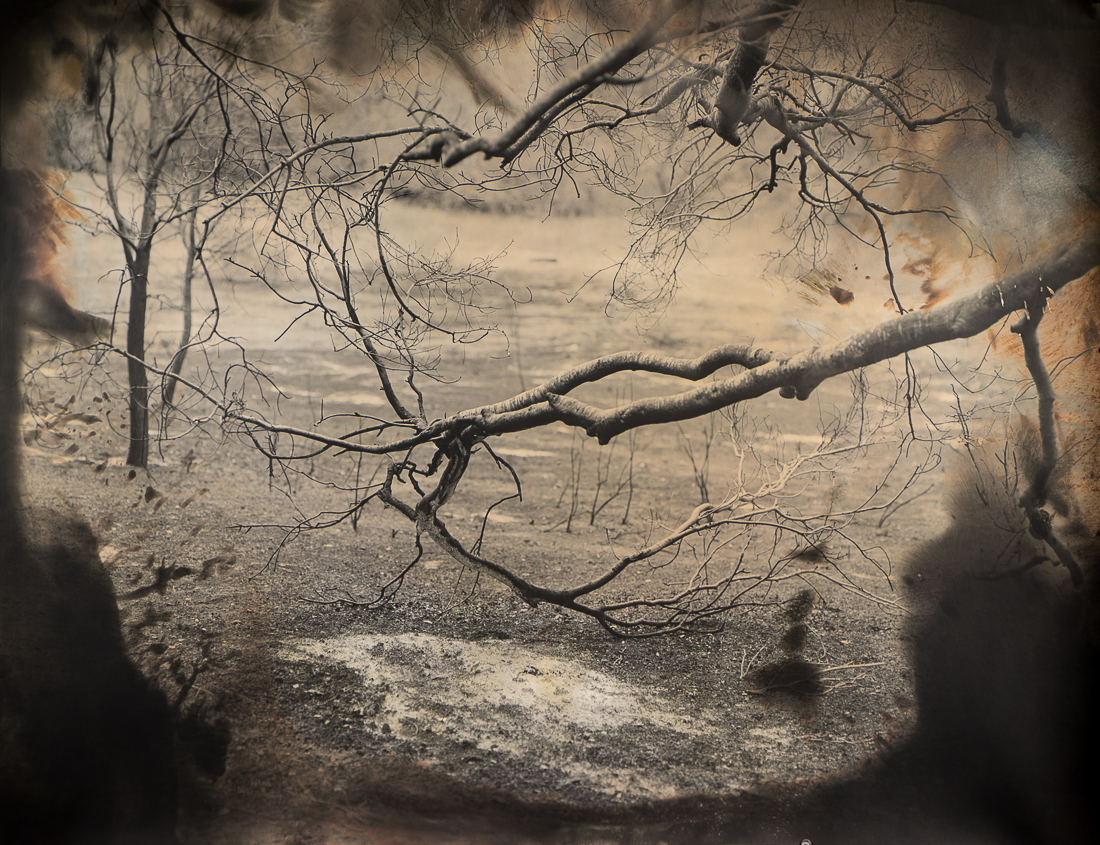 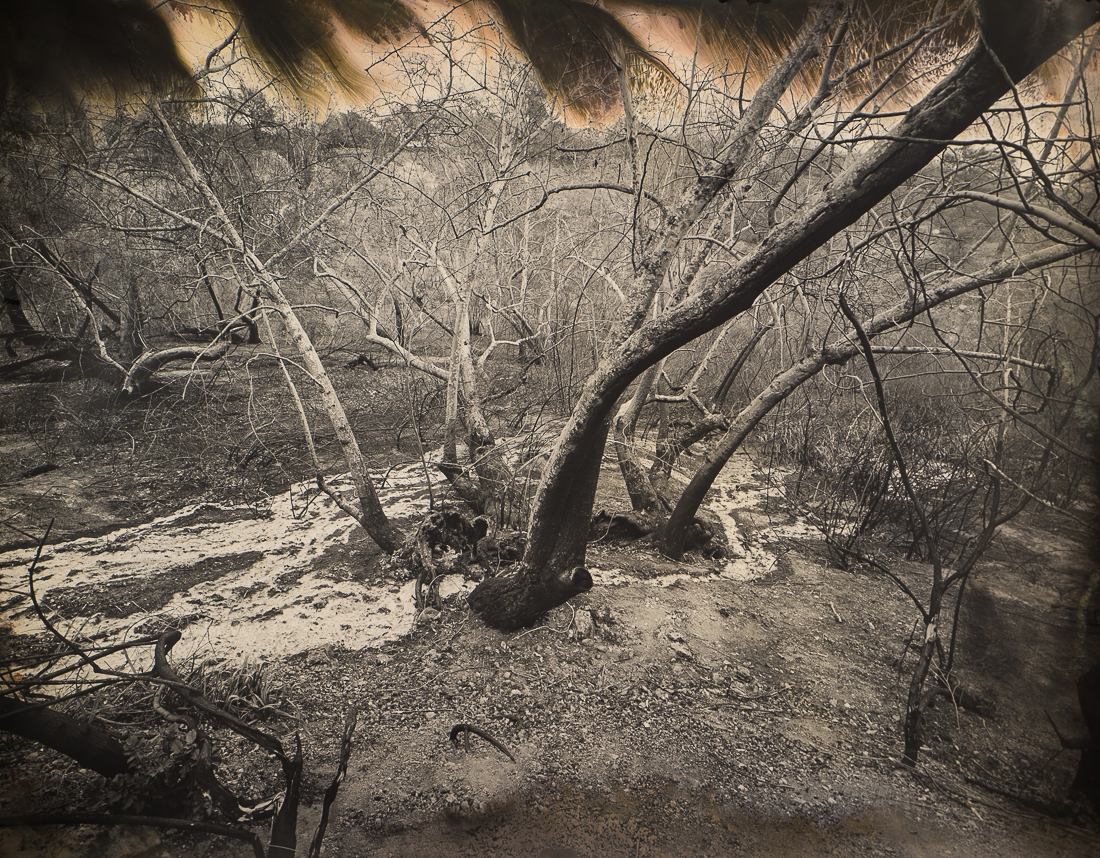 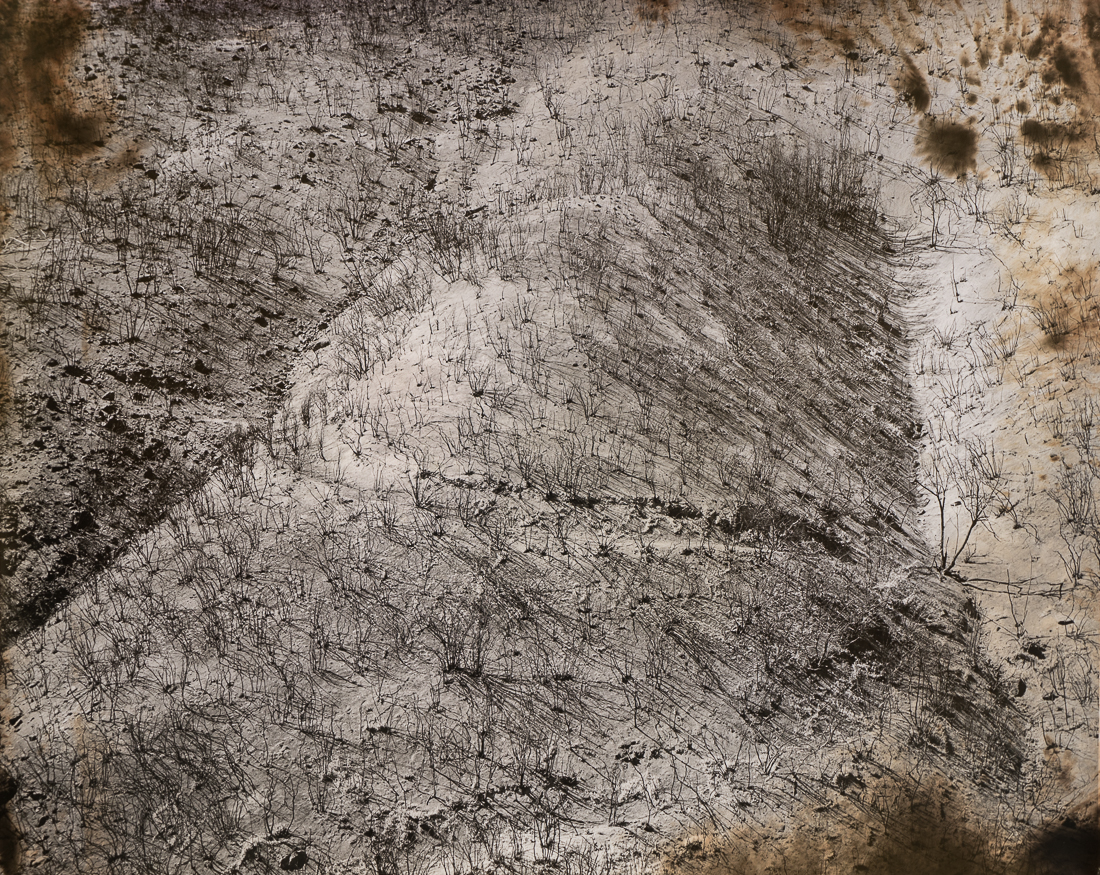 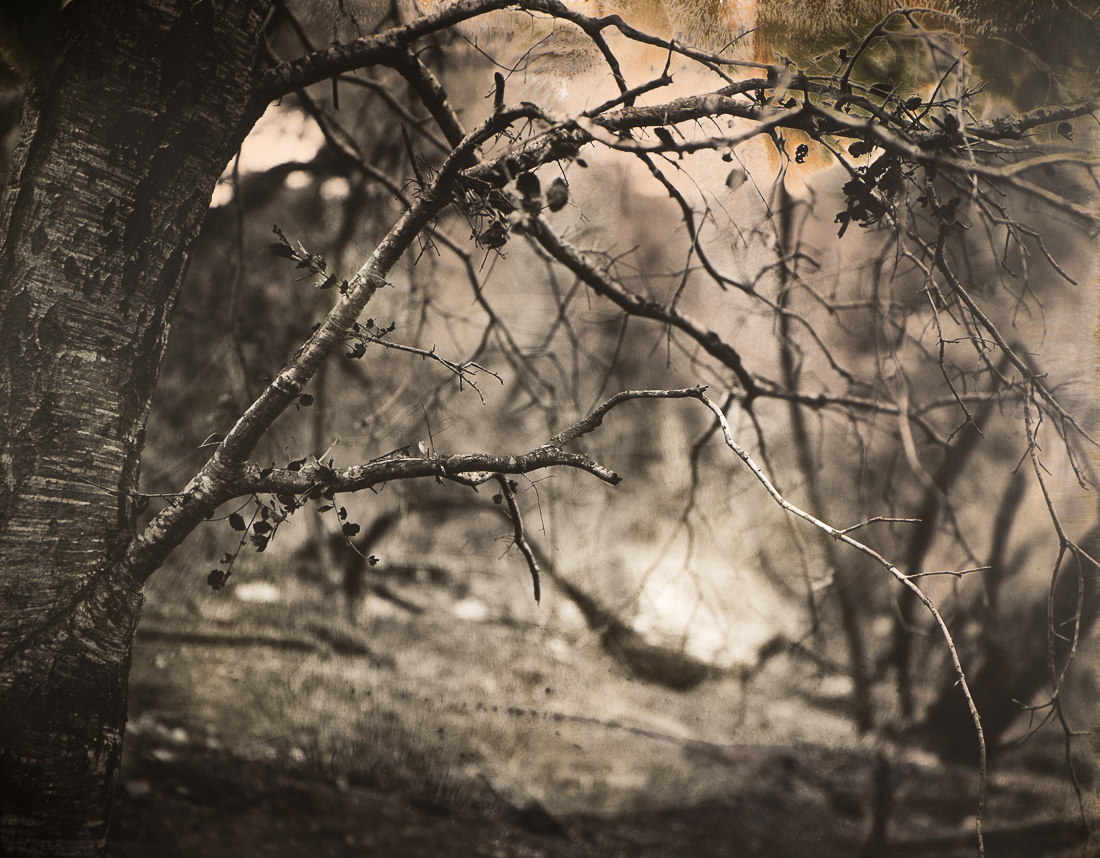 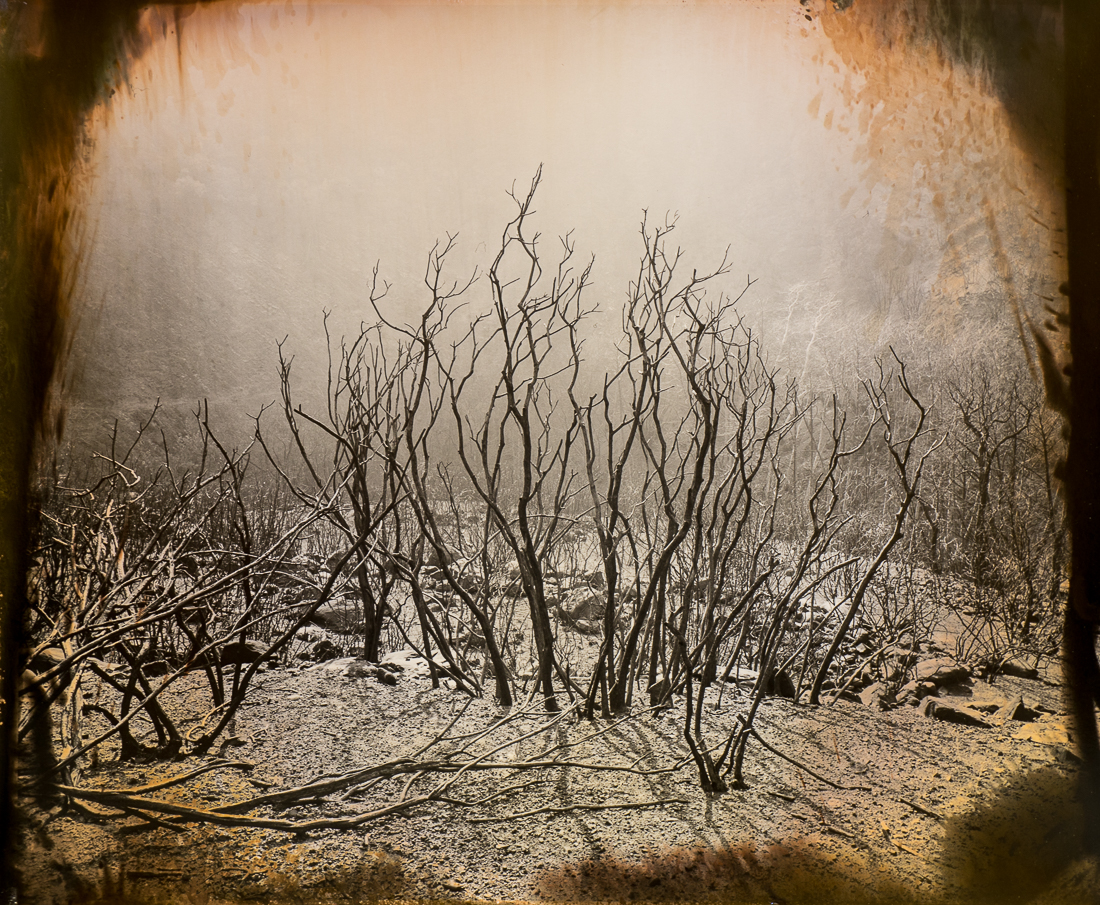 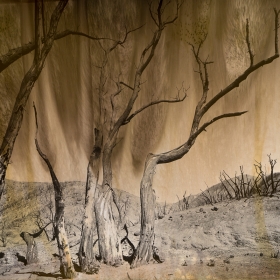 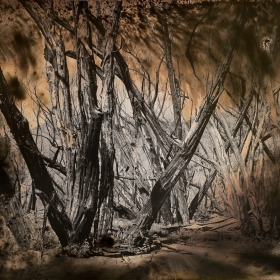 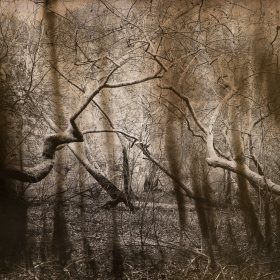 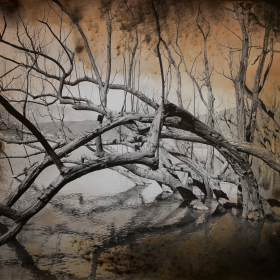 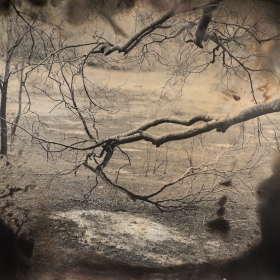 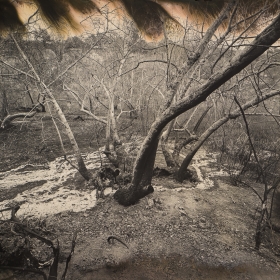 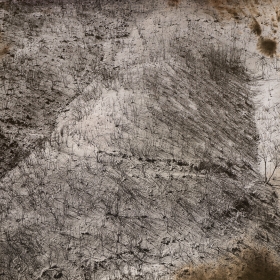 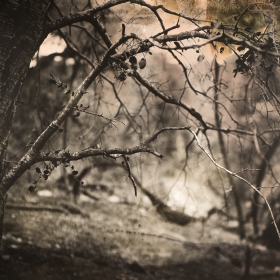 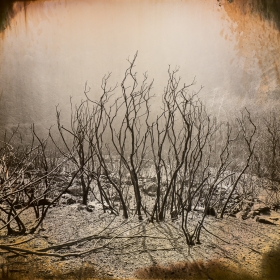 The 2017 Thomas Fire is the largest in California history, an extreme example of an increasingly powerful destructive and creative cycle endemic to the region. The burn came within a quarter mile of my home, and as the smoke cleared, I was struck by how it had abstracted the landscape, leaving white shadows of ash where trees had been and turning a once-colorful forest black, rendered completely bare of undergrowth. Only the strongest features remained.

These images were created with an 8x10” wooden view camera and enlarged to allow the viewer access to an incredibly detailed account of the destruction wrought by the fire. They are then toned with ashes and sulfur-laden water I collected from hot springs at the origin point, Thomas Aquinas College. It is as if these chemical catalysts carry a memory of the fire, acting on the print to produce ghostly effects such as swirling apocalyptic skies and suggestions of the trees that once stood. Applied to the developed prints, the ash and sulfur attack the silver, transforming the monochrome image into fiery color, with licks of red, orange, green, and brown. The result is not only a documentation of destruction, but also a vision of the beauty rendered by it.

Photographer Luther Gerlach works in a variety of historical photographic processes, highlighting the role of constraints in creative production and the hand-made, tactile connection between the artist and his work. Known for nude portraits and urban scenes of downtown LA in his early career, more recently Gerlach has pioneered the re-emergence of plein air wet plate collodion landscapes. His work distills detailed images of the natural world, particularly the trees, seaweeds, and grasses of Southern California, to emphasize pure light and line, endowing his images with a subtly abstract quality.

Luther Gerlach was born in Tenterden, Kent in 1960. He grew up in Blayne, Minnesota. Gerlach apprenticed with Brett Weston in Carmel and Hawaii in the 1980’s, before learning the wet plate process which he still works in today. He has led lectures and demonstrations at the J. Paul Getty Museum in Los Angeles since 2001. Gerlach has exhibited at the Santa Barbara Museum of Art, the Ventura Museum of Art, the Schaknow Museum of Fine Art, Miami, the Denver Art Museum, and The Palace of the Governors, Santa Fe. Selected permanent collections include the Los Angeles County Museum of Art, The J. Paul Getty Museum, and the Michael G. Wilson Centre for Photography, among others.

The artist lives and works in Ventura, California.