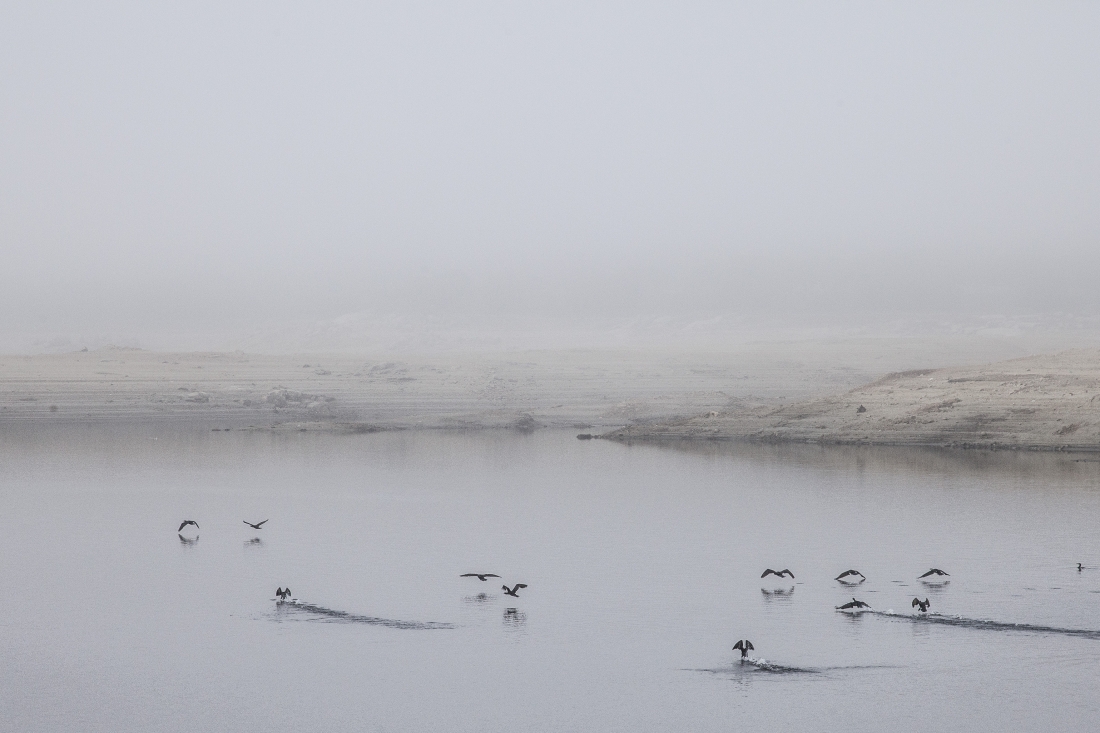 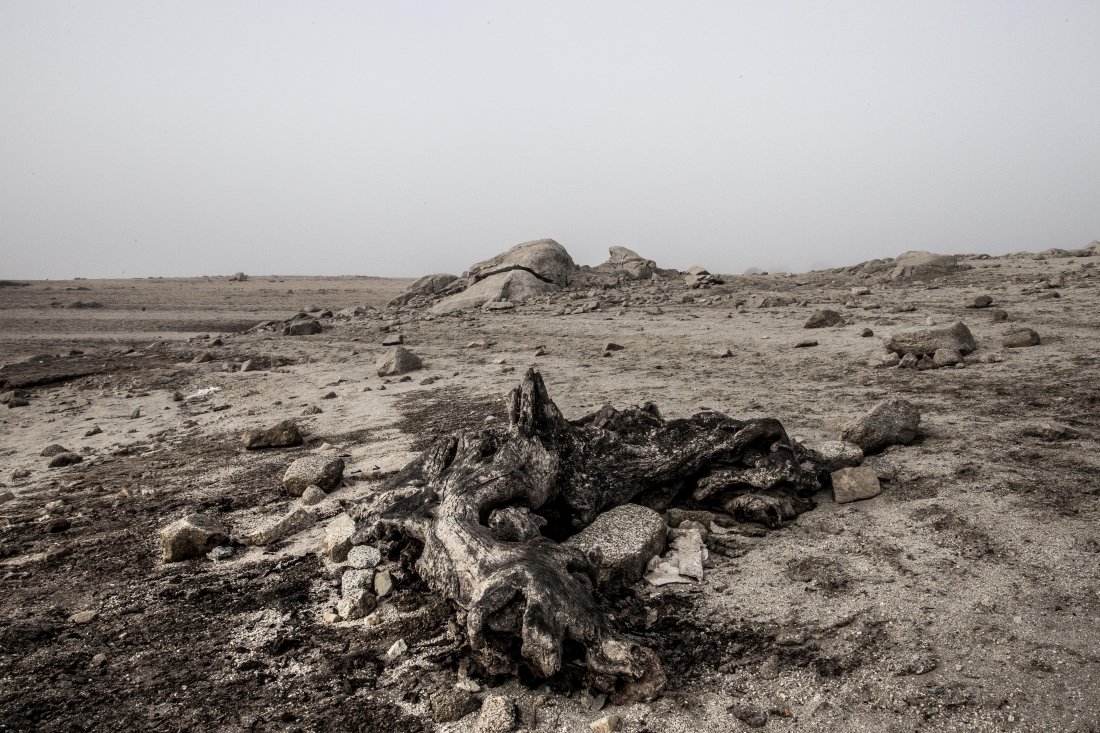 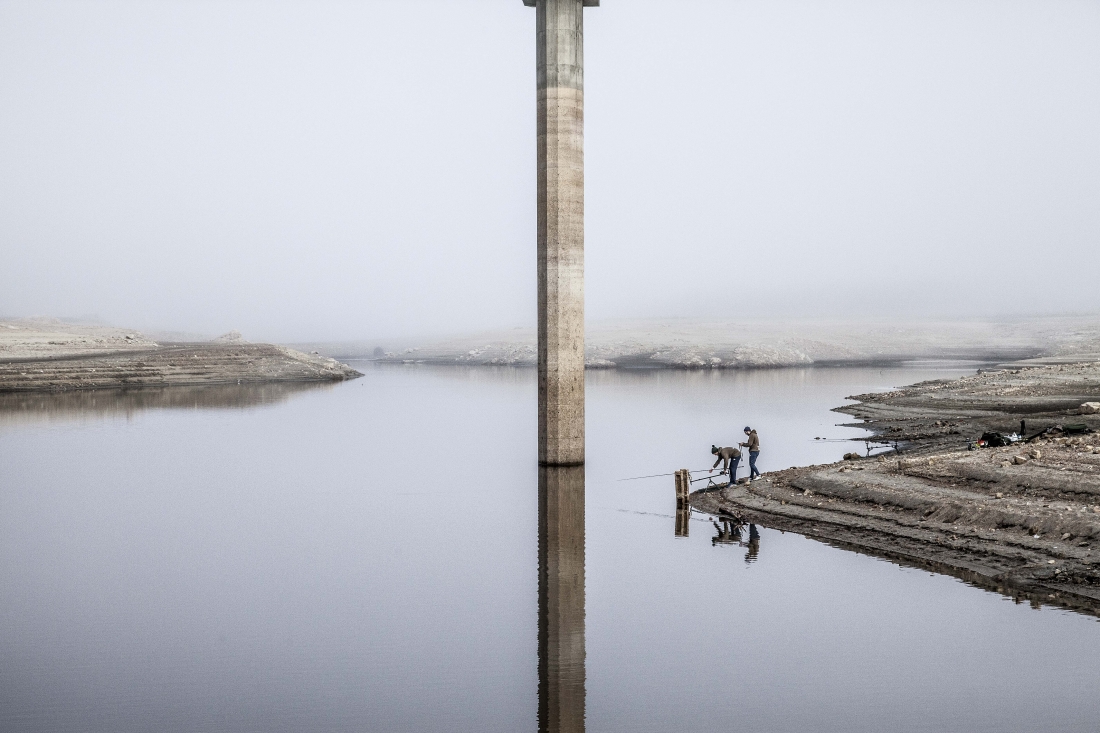 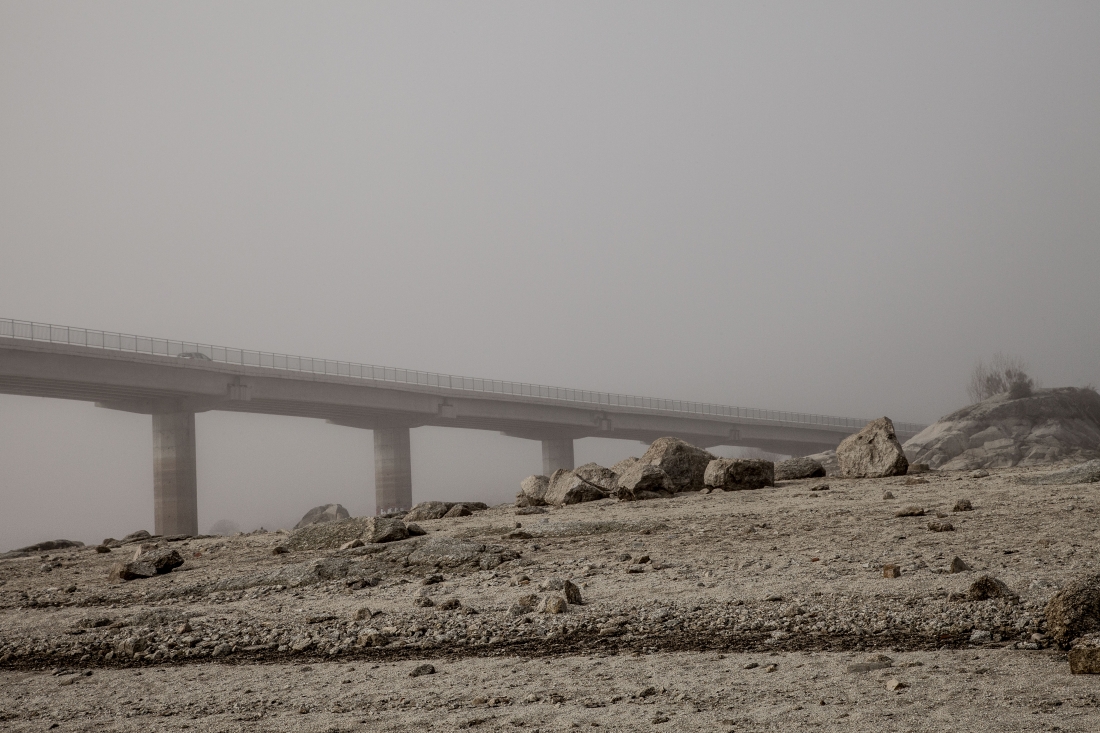 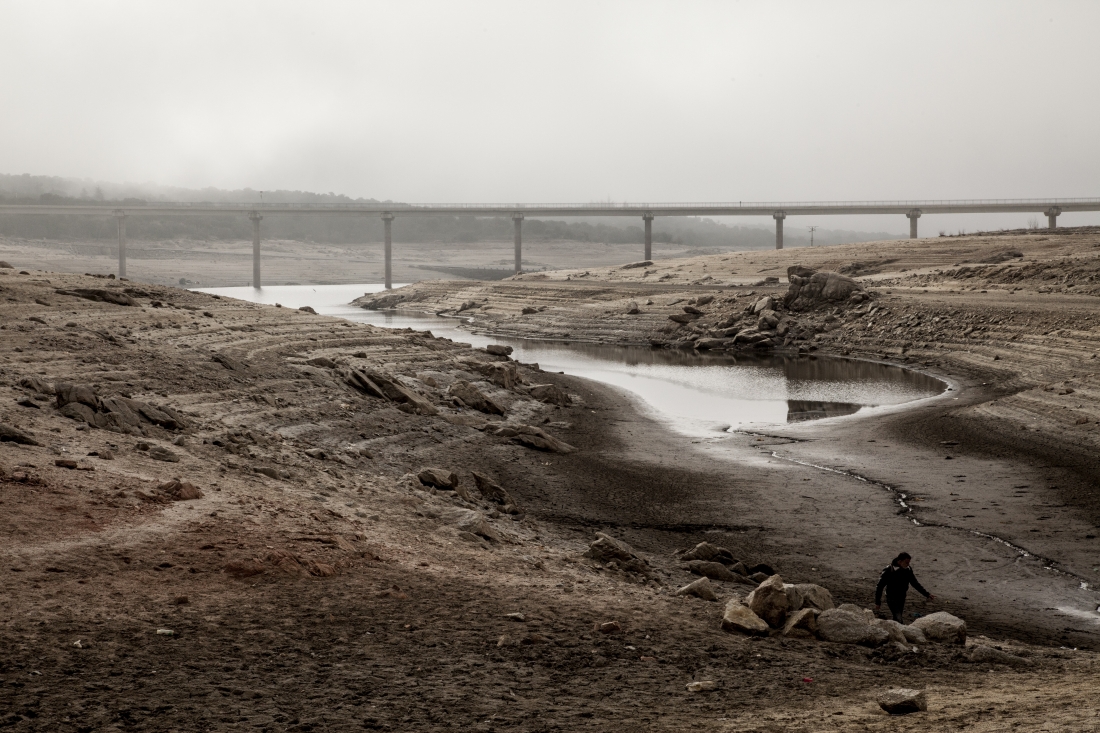 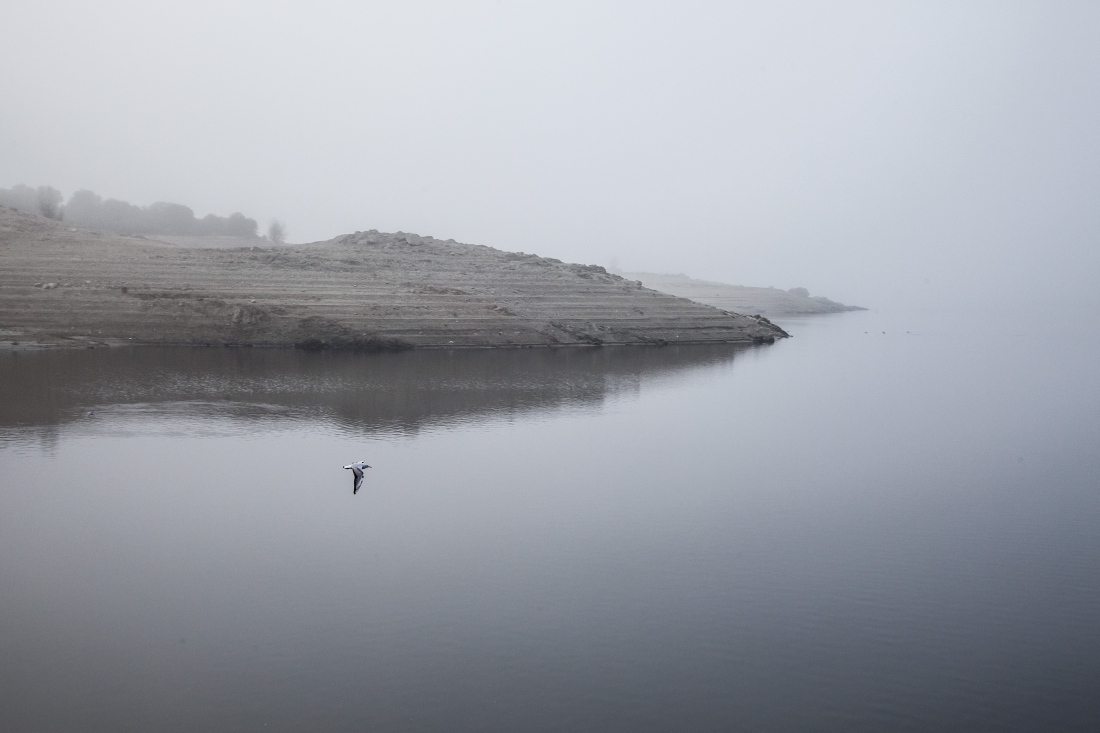 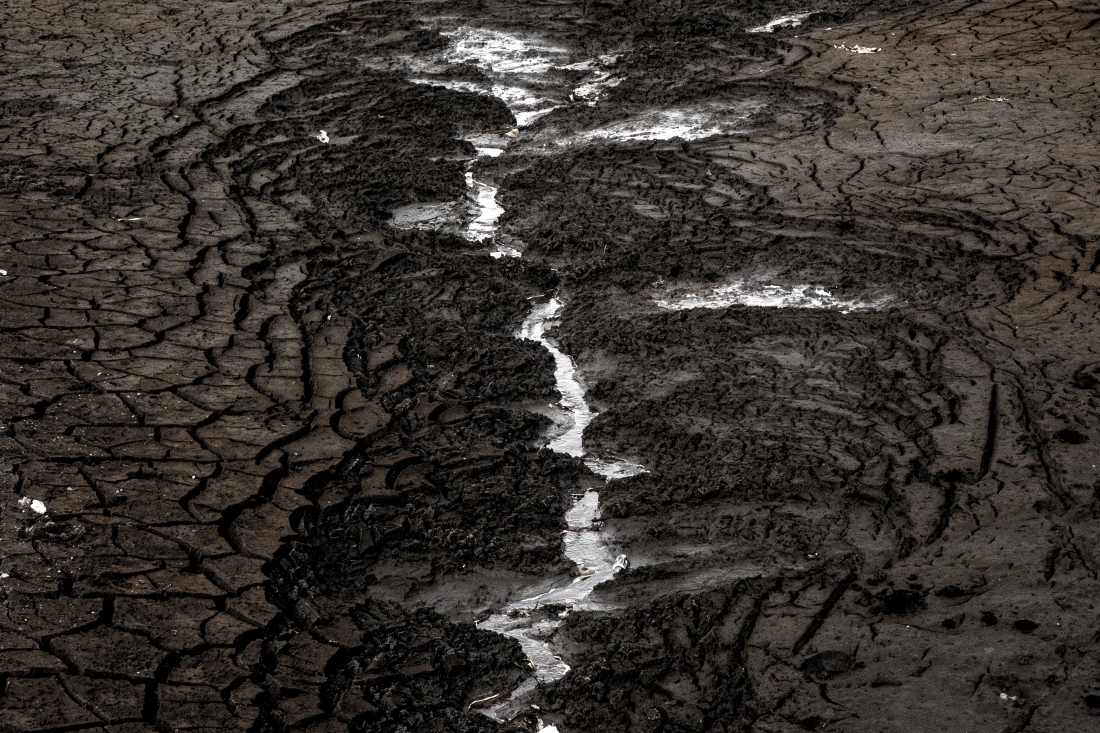 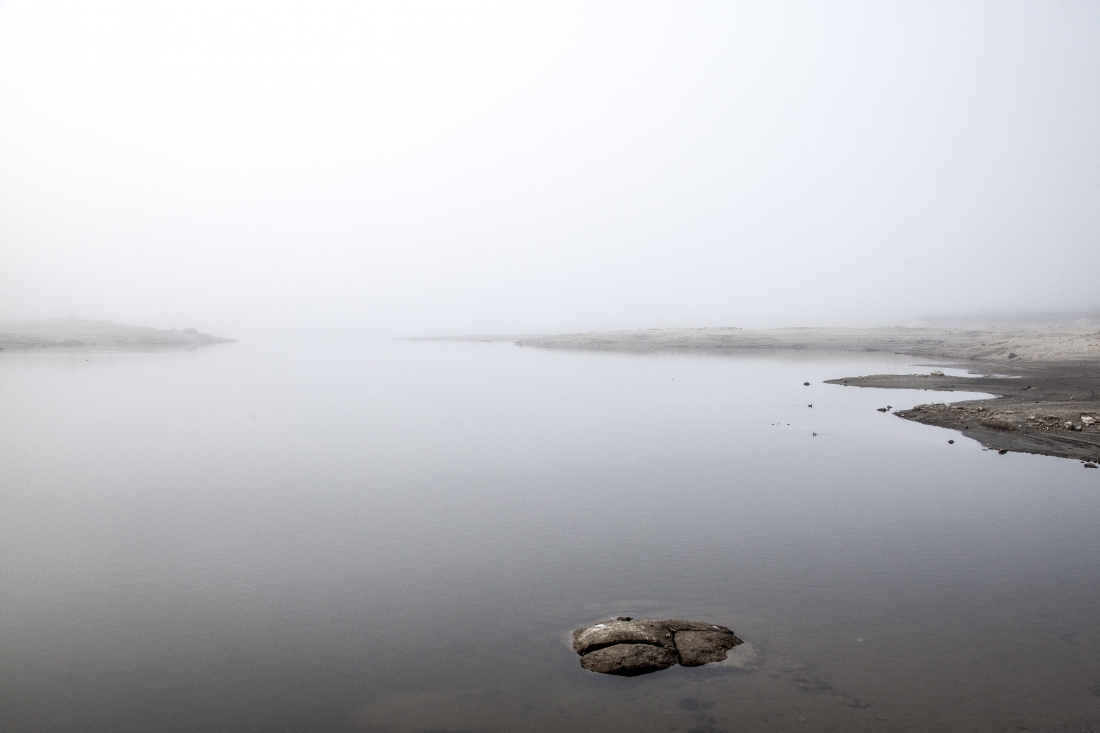 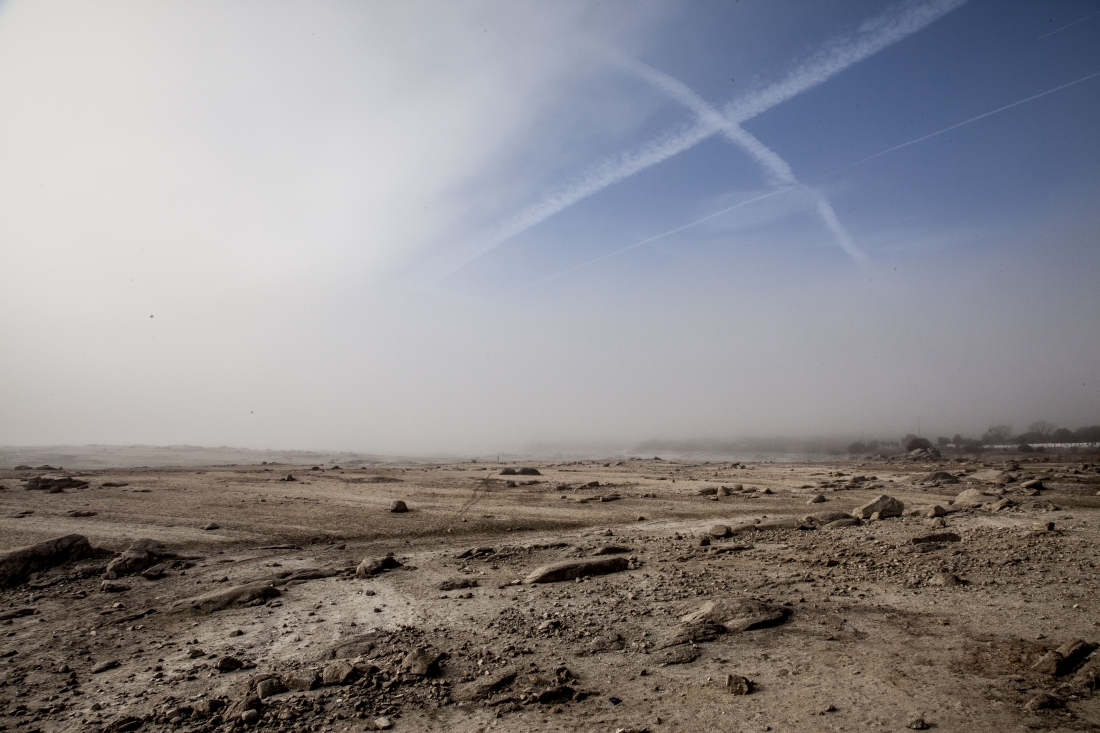 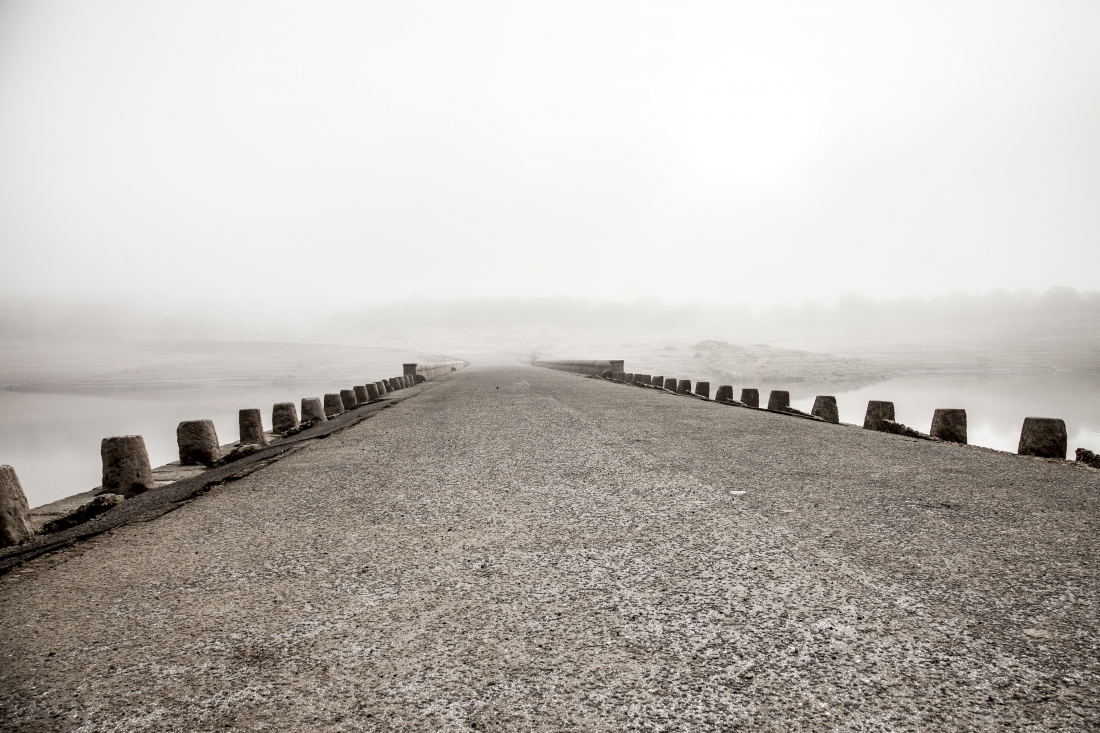 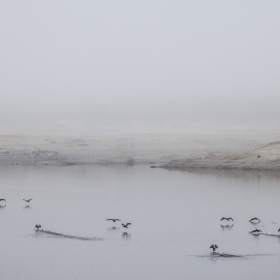 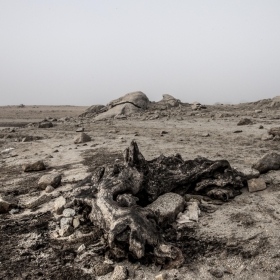 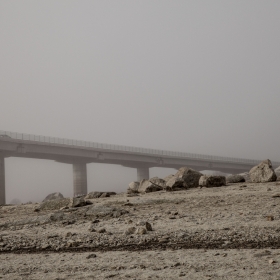 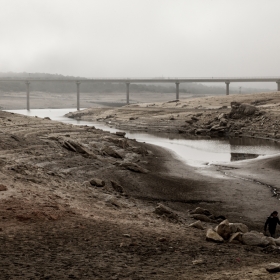 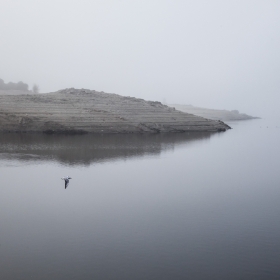 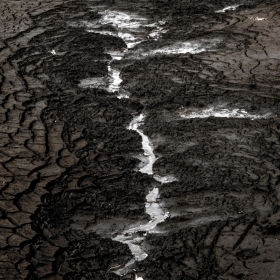 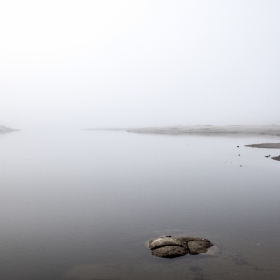 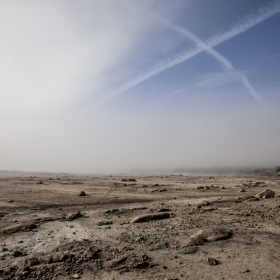 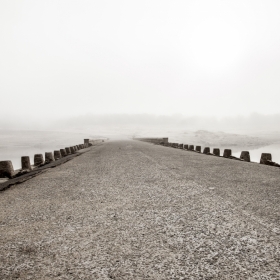 The severe draught in this reservoir has made aware of the dangerous situation of water privation we are heading to in Spain. This place used to be were I learned to sail with my father, now a few centimetres of water are left and the reservoir is at its 32% of capability. The landscape resembles unearthly images, almost like landing in Mars.
Early morning leisure fisherman struggle to find water, standing literally in the groundwater layer, were they should be covered with at least 3 meters of water.
Even an almost forgotten XVIII century bridge "el Tercio" showed up after the reservoir water levels dropped to a 36,29% of its capacity.
Not only the landscape has completely changed but it is also driving away all the animals and life around it.
The desertification of a great part of Spain is not only imminent but an issue to address with urgency and that is not being properly treated.
Just a week after this pictures were taken, an article in a Spanish newspaper was published, explaining how Ian Nelson, Deputy Major of Cape Town, was urging Spaniards to change drastically their water consuming habits due to the imminent risk of severe draught of the country.
At this time, Cape Town was already suffering the consequences of the draught, waiting for the so-called “day cero”, when the city’s water supply would be definitely dry.
Two months after these pictures, the WRI (World resources institute) released a statement online warning “it is not just Cape Town”. This statement talked about critical reservoir situations in Spain, Irak, Morocco and India.
Further more, the EU’s environmental agency has already identified Spain as a country in risk of permanent desertification.
This photographs pretend to raise awareness to this issue that affects the entire country.

About author:
Born in Madrid. Nomad, Alpinist by heart, Artist, Researcher and Professor.
Her body of work and research topic as well as her PhD and since her first exhibitions in 2006, have been the limits of the two-dimensional image and the study of the photographic language itself.
Her photographic work has been shown in several individual and collective international exhibitions ( Venice,Italy; Porto, Portugal; London, England; Paris, France;...). She has also travelled the world doing various editorials, and published in prestigious magazines focused primarily in environmental topics.
She has also received several grants for art residencies in France and Germany and has been awarded in international photography contests.
She is also a currently a professor in Photography and Film Studies (URJC), and lecturer of landscape photography at the prestigious international school EFTI in Madrid.