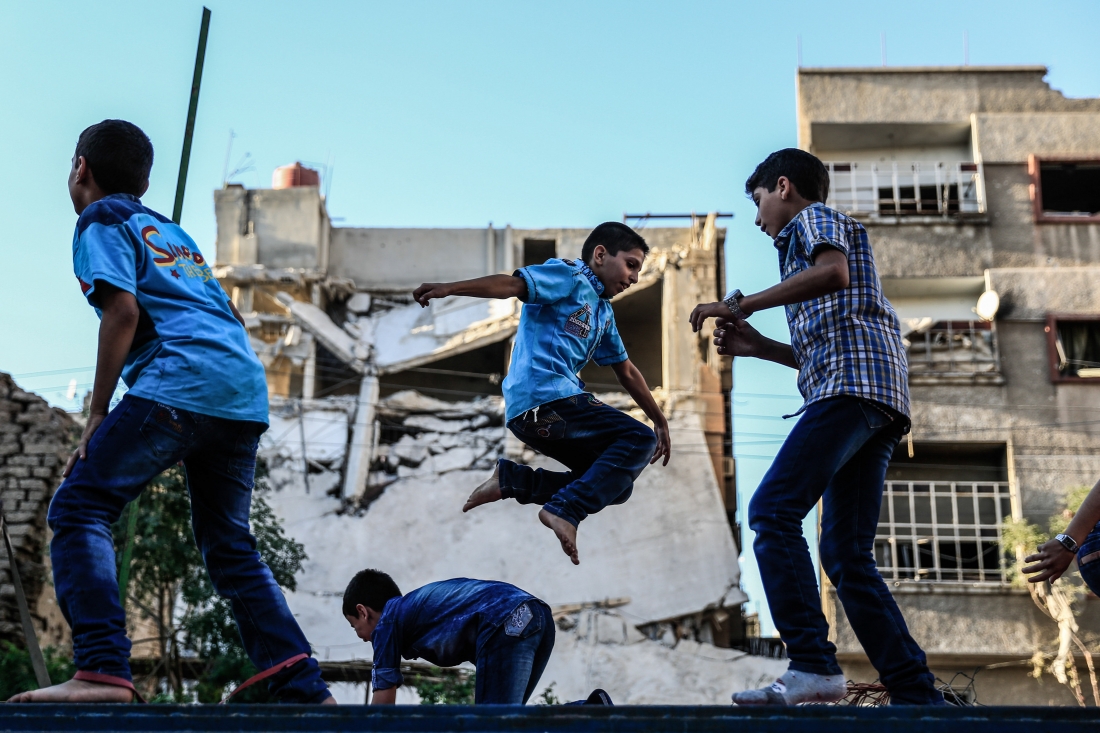 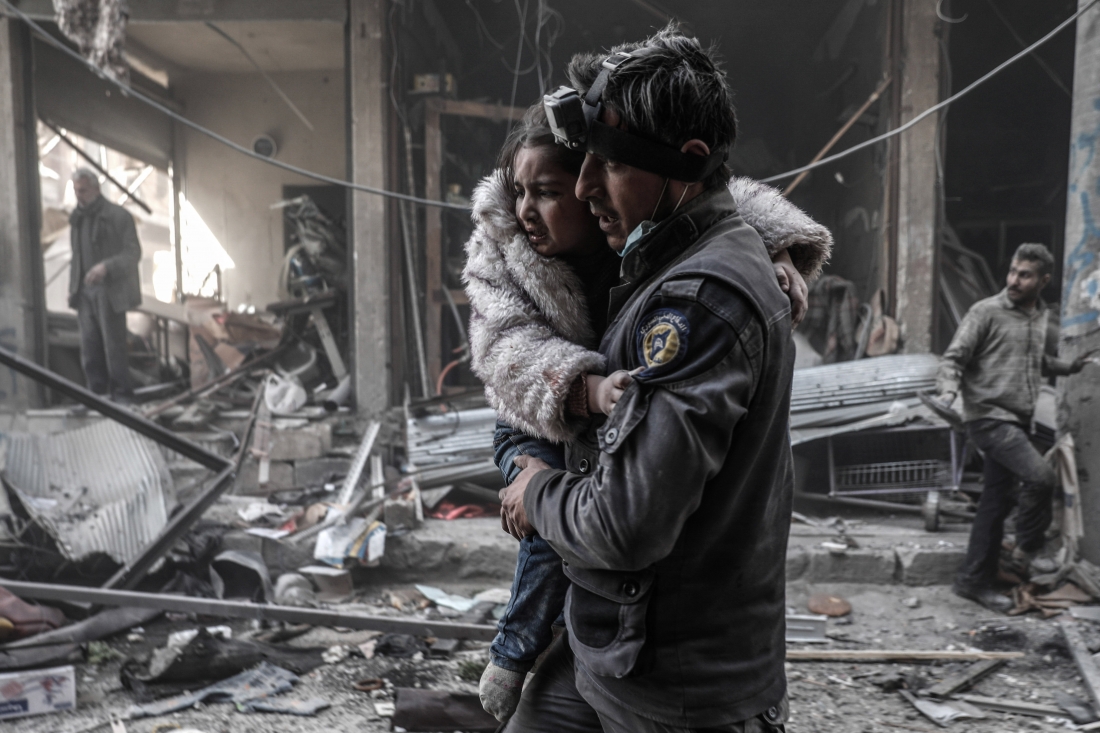 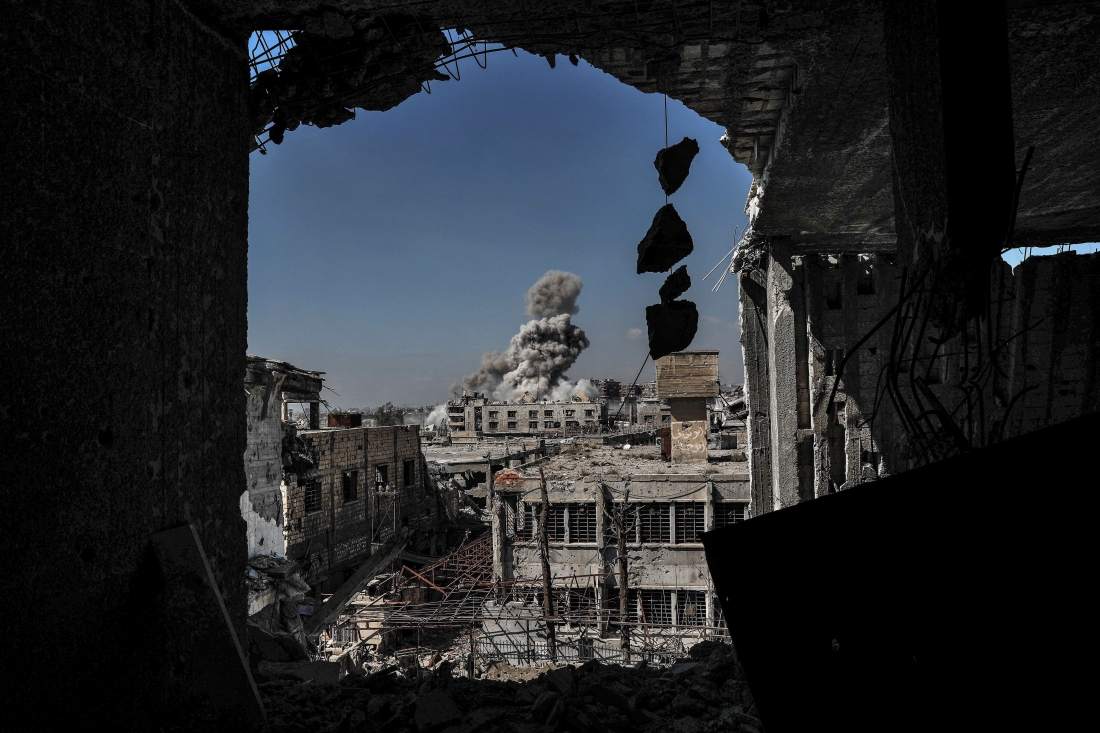 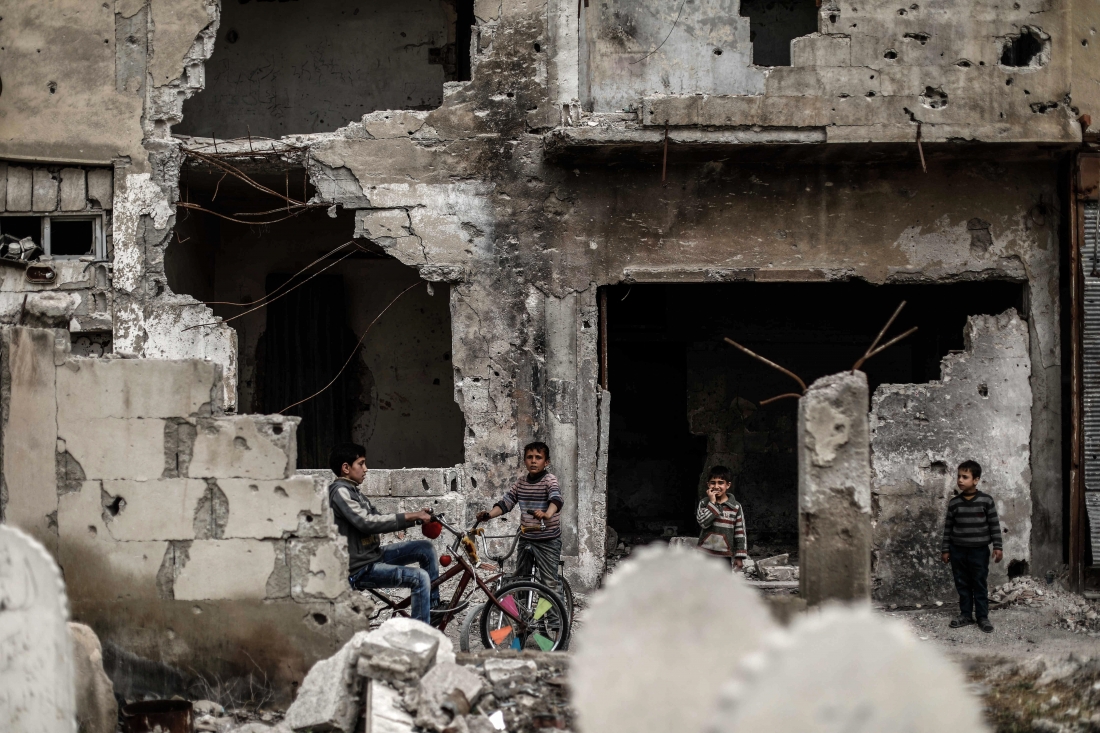 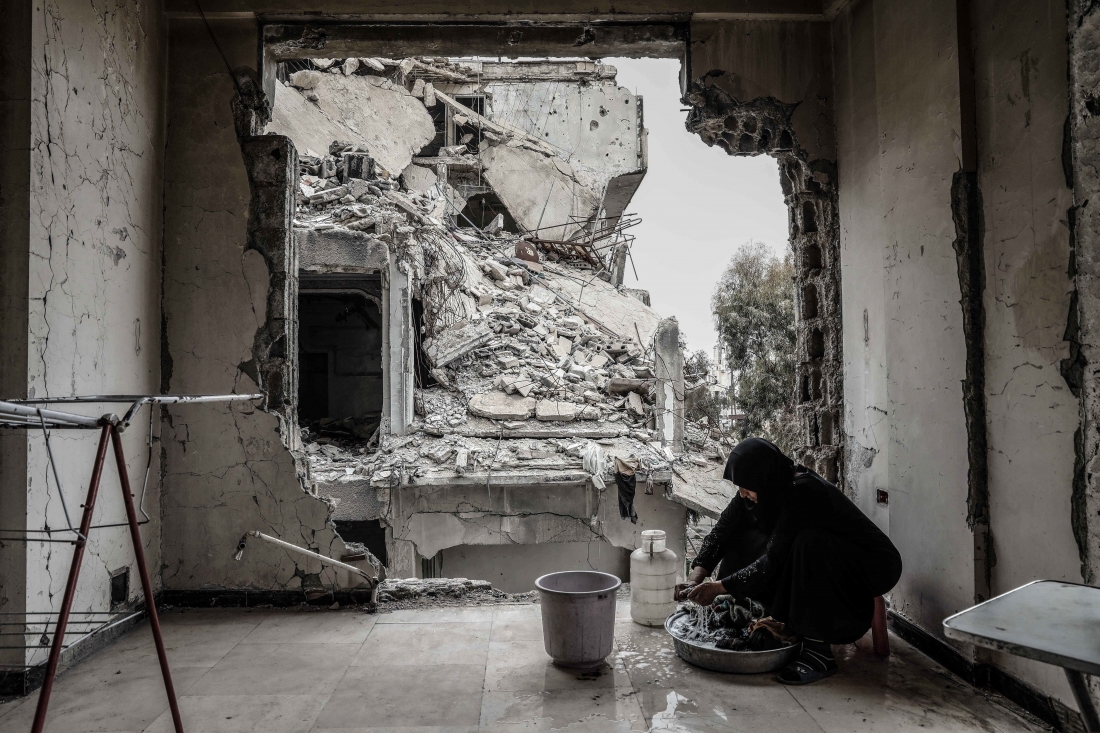 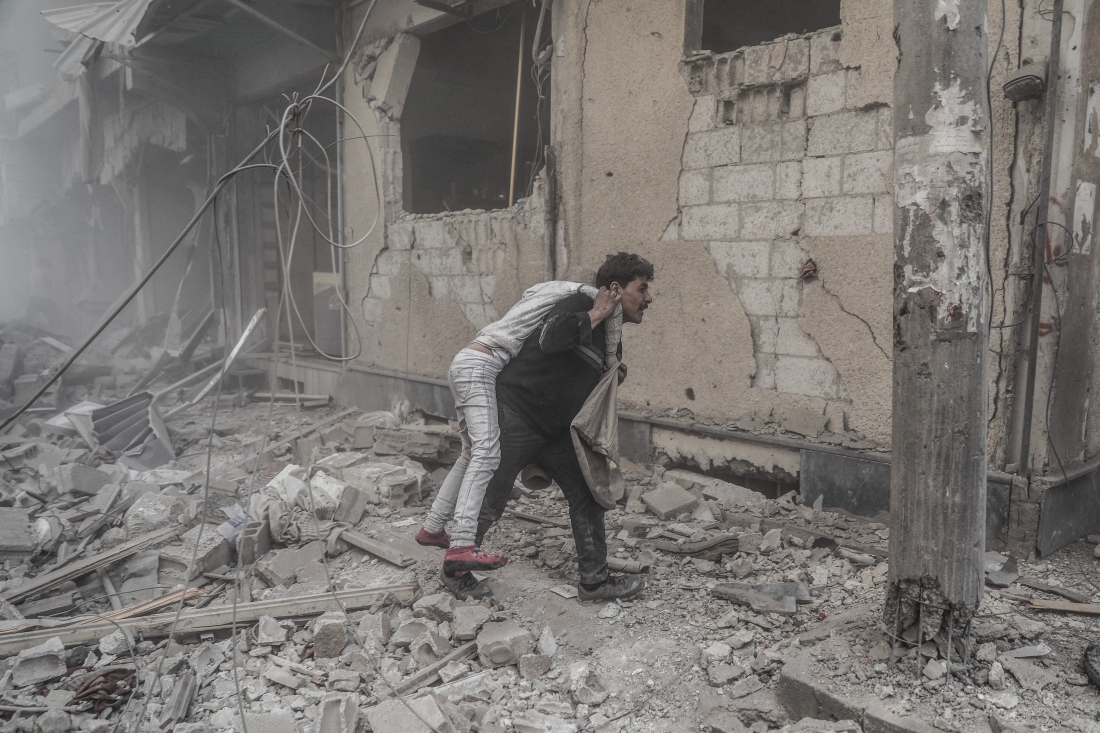 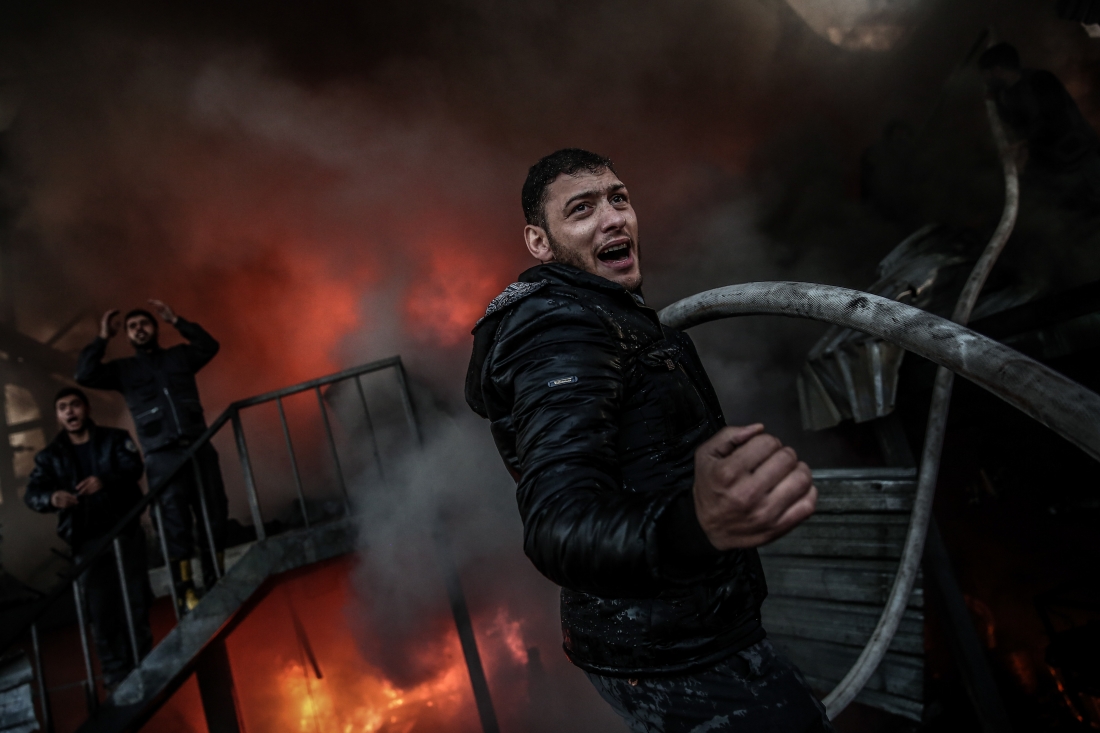 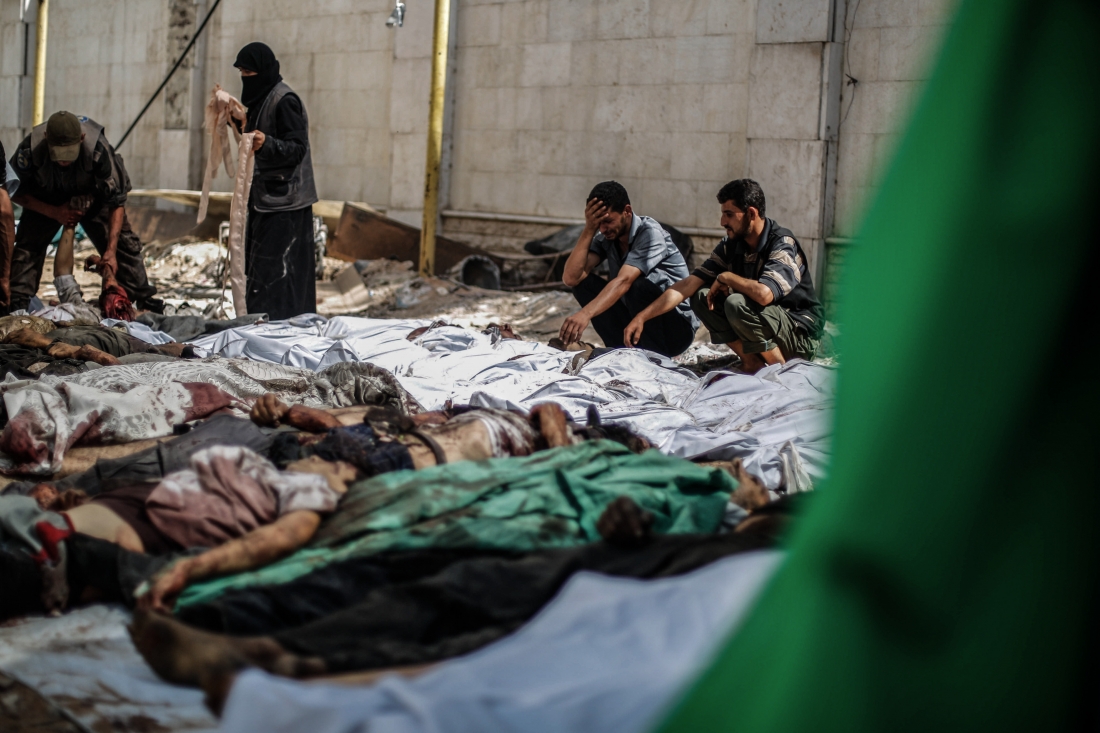 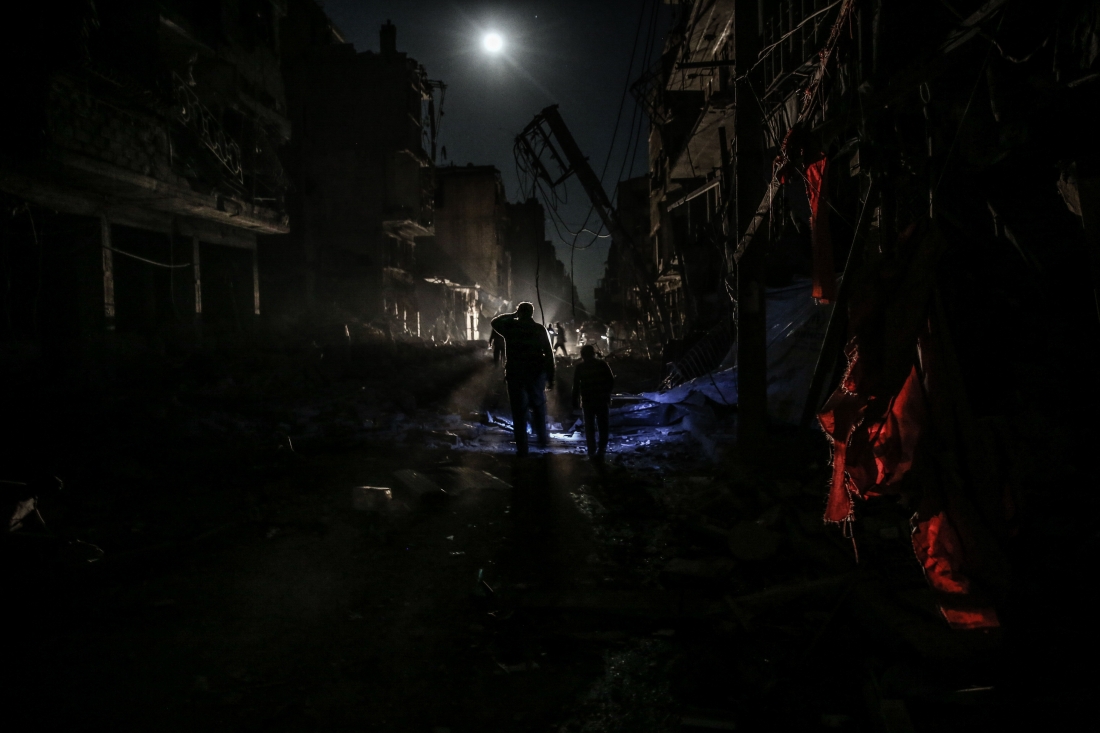 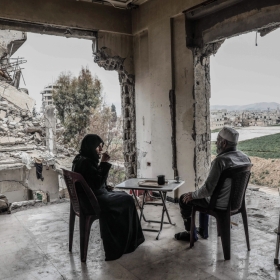 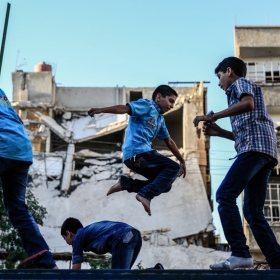 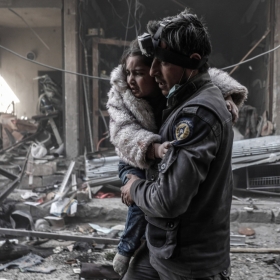 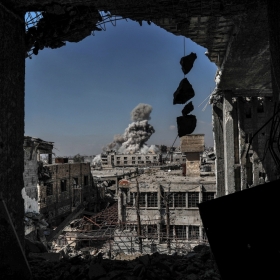 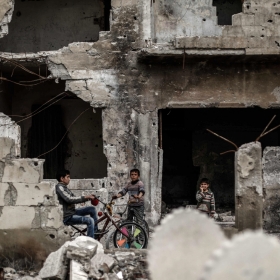 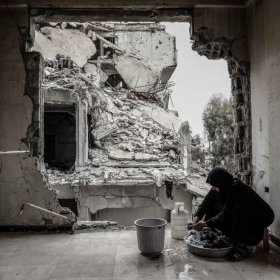 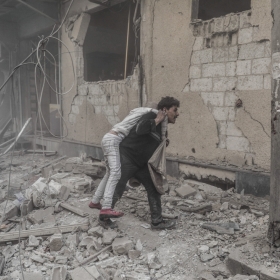 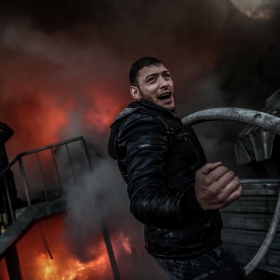 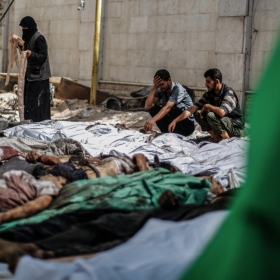 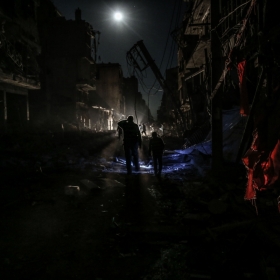 Sameer Al-Doumy
Life Under War
Share
Support this photographer - share this work on Facebook.
In the war, life has a different meaning, everything about the normality will just disappear. The daily routine is definitely abnormal, even if it seems normal for people who live there. Every day, bombs fall, people die, buildings will be destroyed. The reality of war cannot be denied, but however, there are people who are significantly trying to resist the bitterness of this terrible war by their determination, hope and desire to live.

About author:
Sameer Al-Doumy, a Syrian photographer born in 1998, in the city of Douma near the Syrian capital Damascus. He worked on covering the war that turns his country Syria for the last 7 years. He started his media work as an activist in the middle of 2011, he worked on documenting the events that happen in his city for local publication.