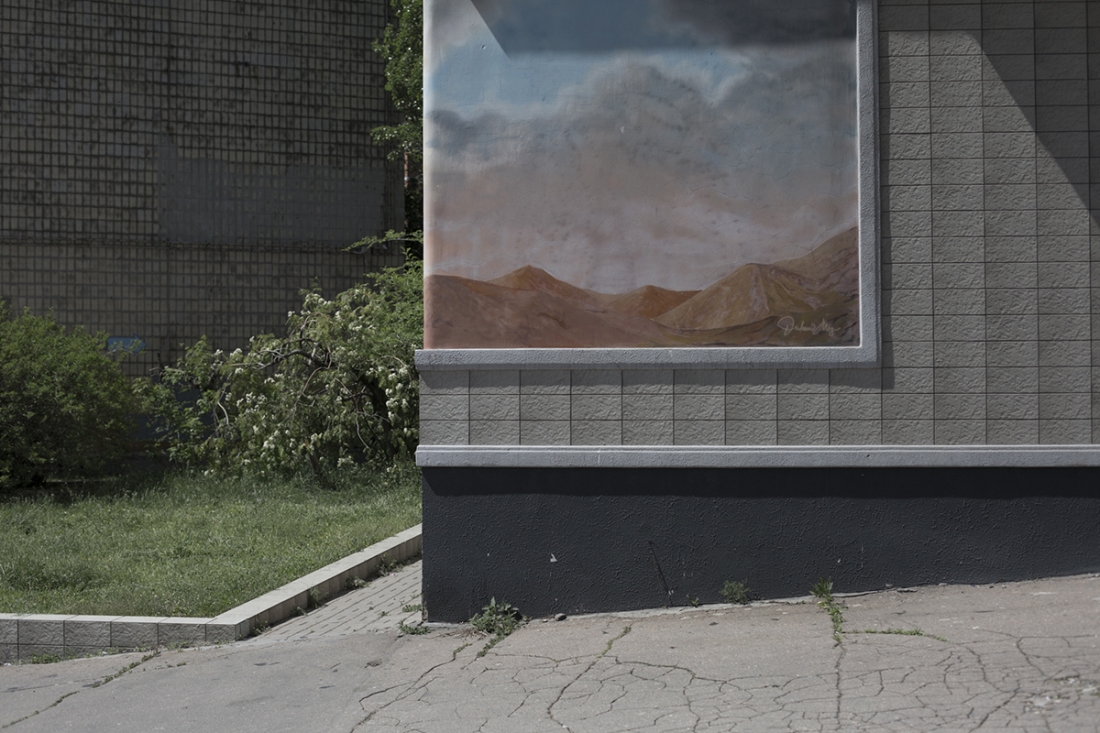 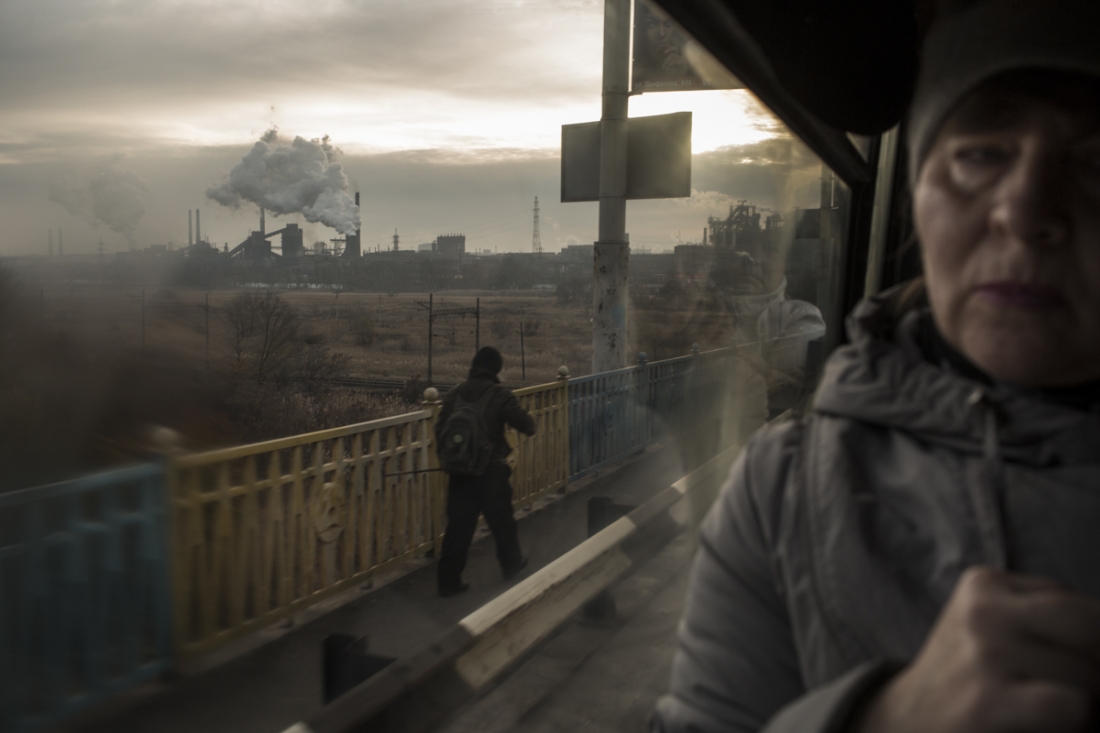 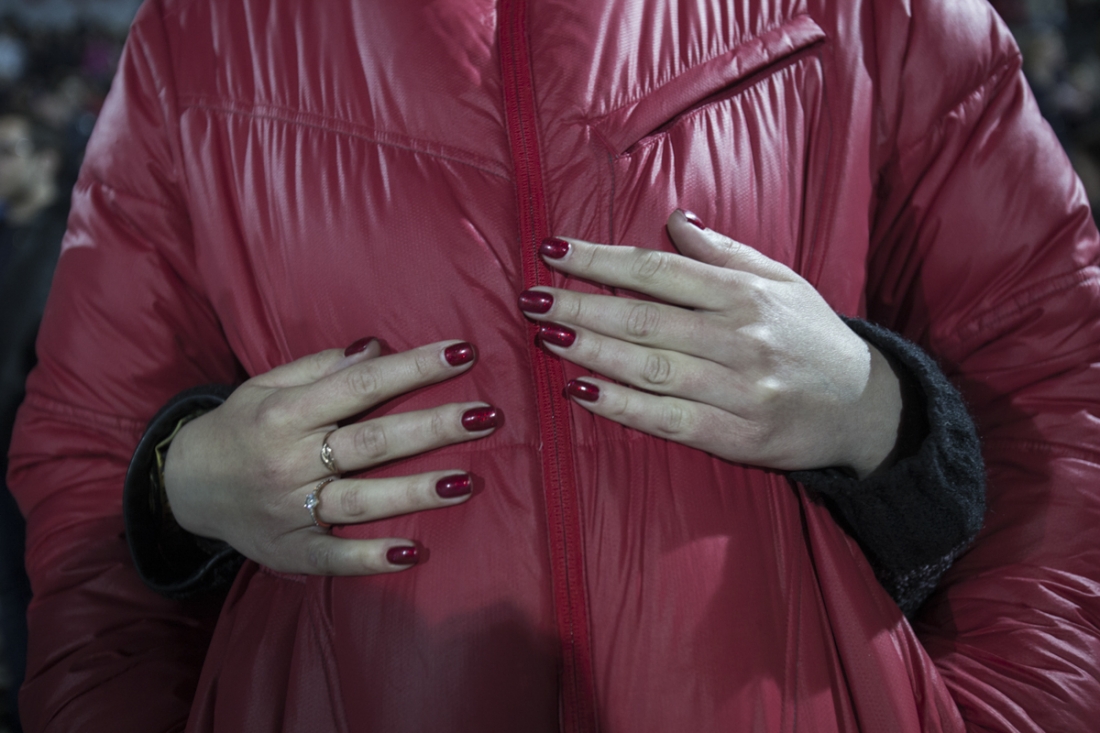 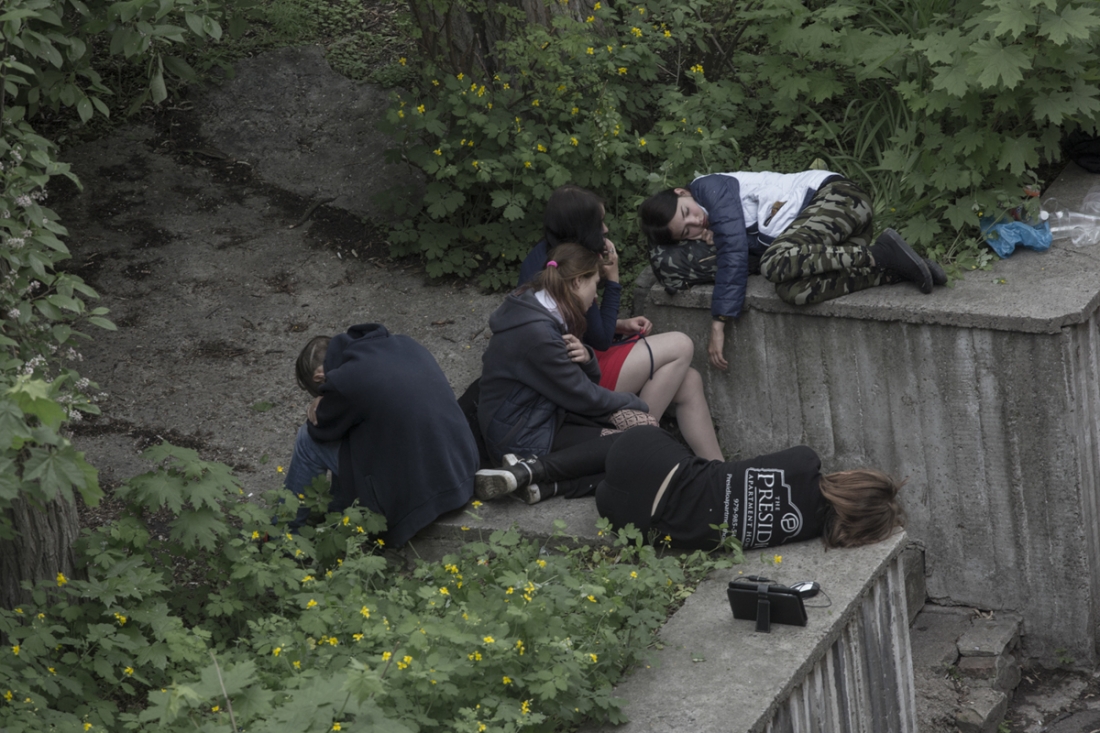 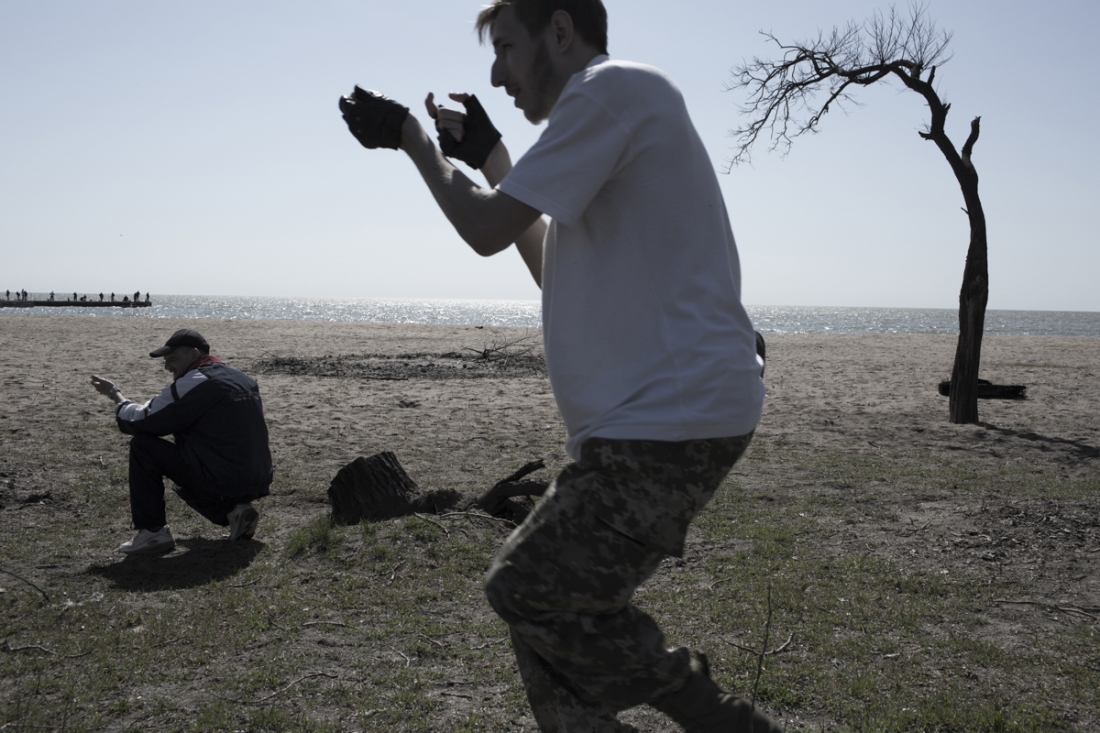 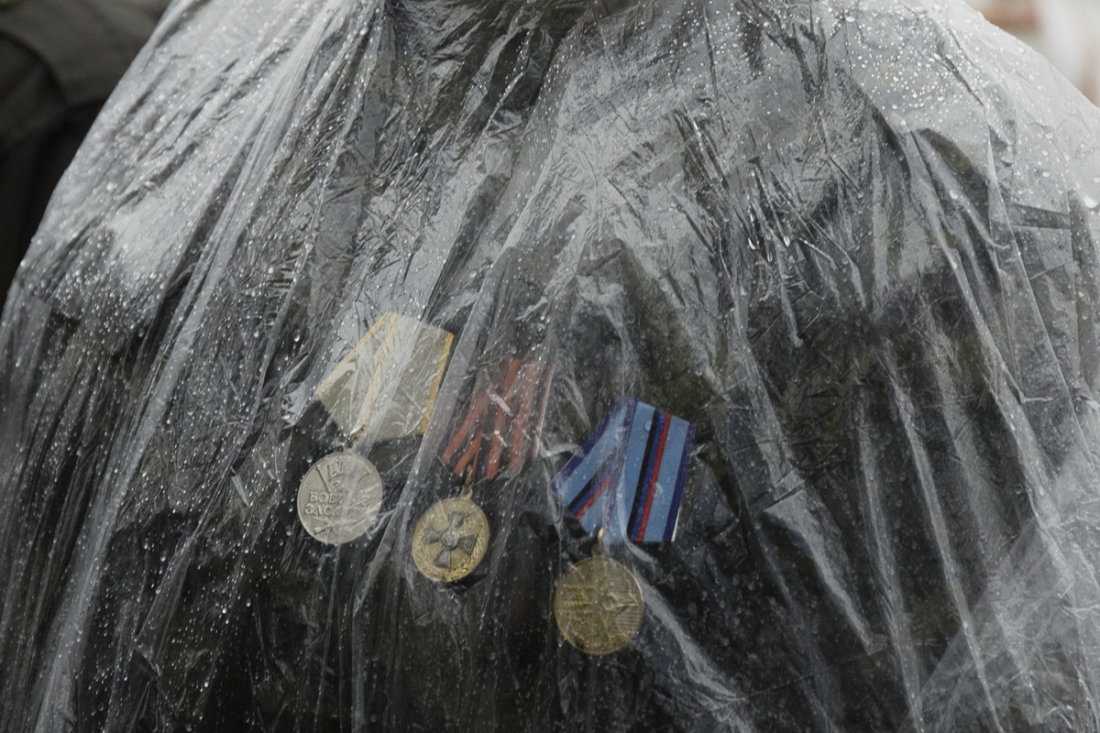 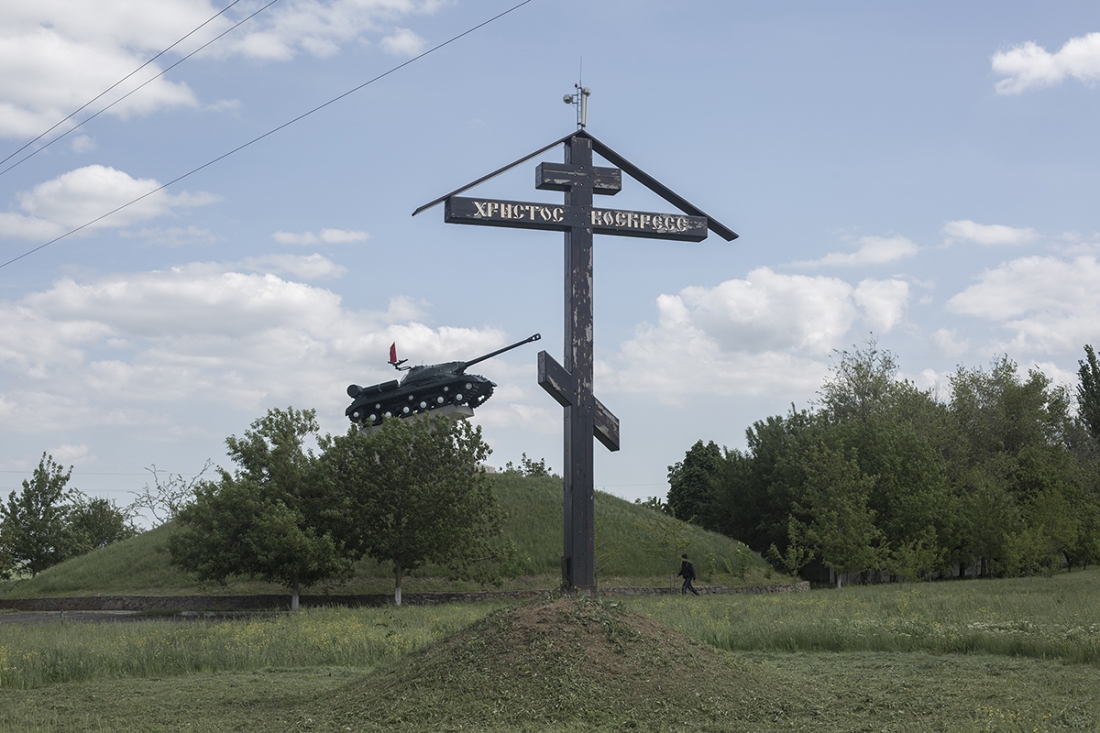 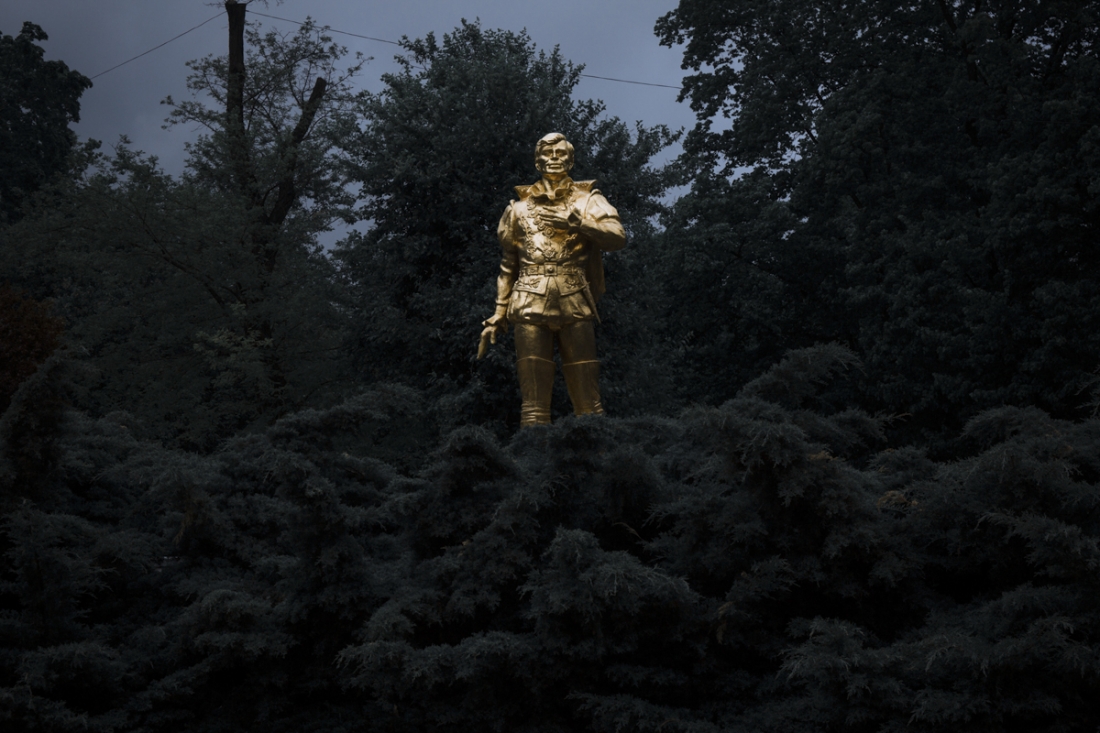 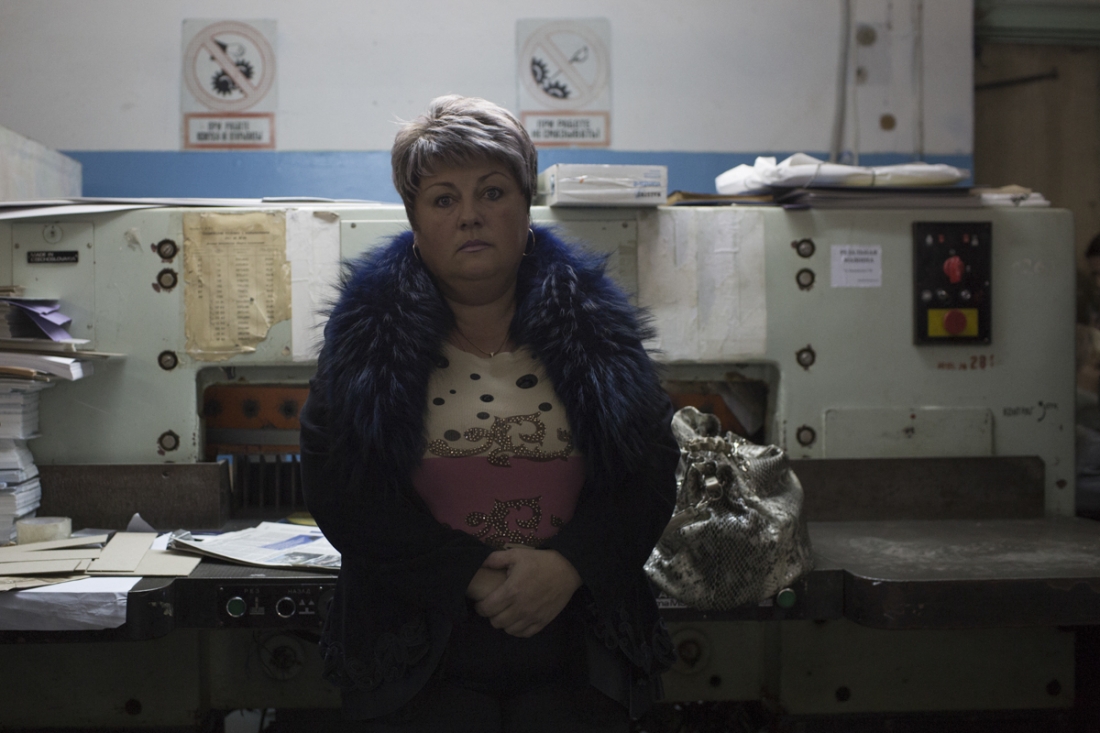 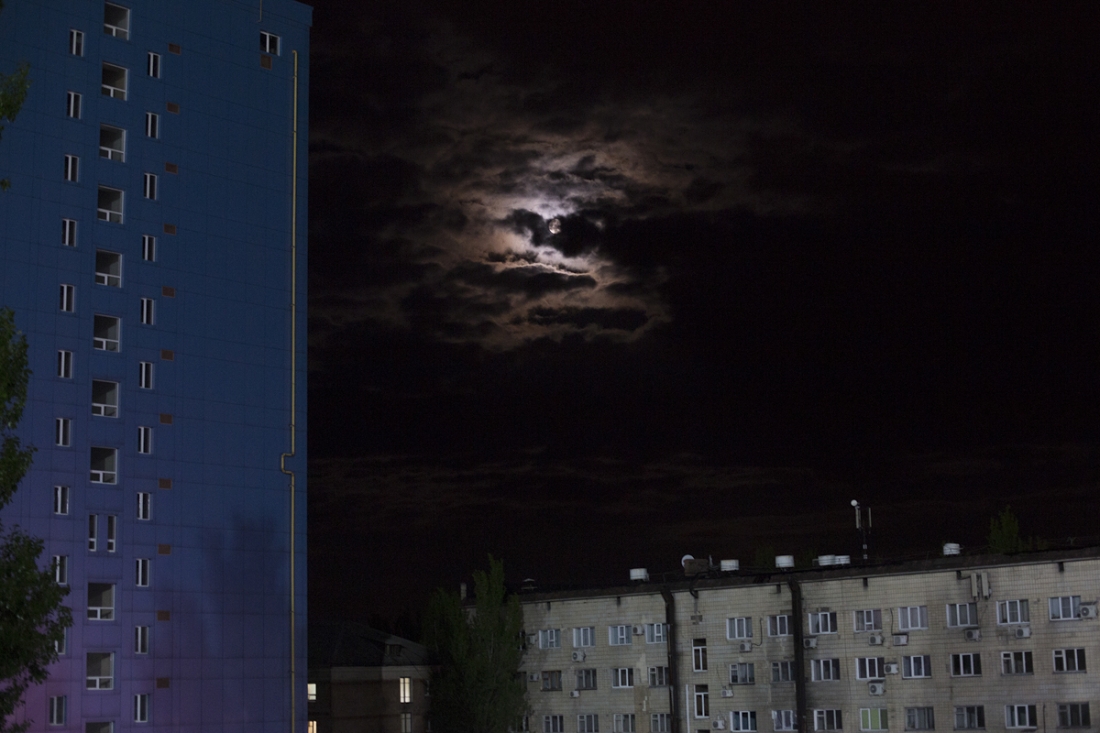 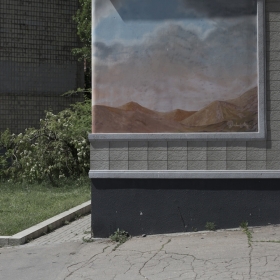 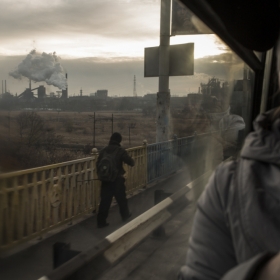 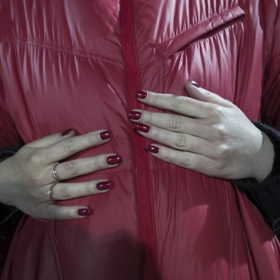 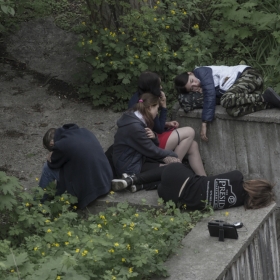 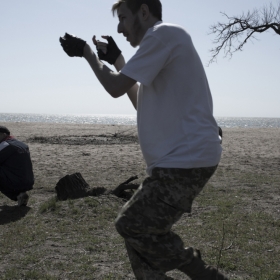 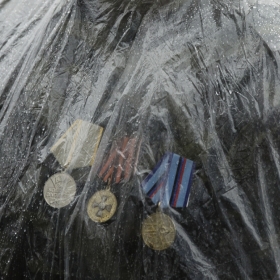 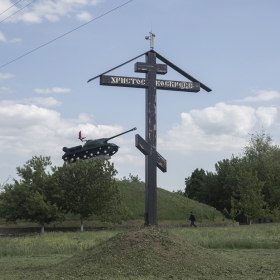 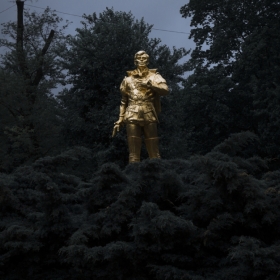 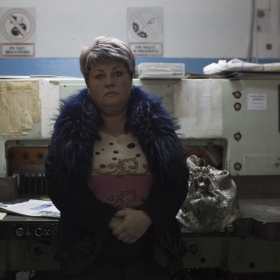 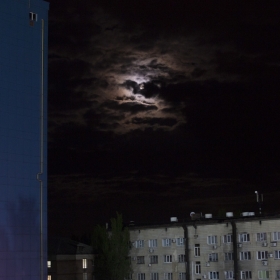 Marek M Berezowski
Brother's tears. Telling the war in Donbass.
Share
Support this photographer - share this work on Facebook.
This photographic project explores the issue of the long-term impact of war and propaganda on the daily lives of civilians in the Donbass warzone. It is a comprehensive attempt at recording the changes taking place in society in the warzone.

Only 20 minutes away from the coffee shops in the center of Donetsk, the region’s largest city, we find ourselves in a different world as we drive by the shelled-out remains of Donetsk airport. As we take a detour around the bombed viaduct on the way, we see countless small bombshell holes and rocket fragments in the roadway. An ominous silence reigns in the air.

Vika, a ten-year-old girl, moved into a basement with her grandmother when their block was shelled several times. Her grandmother was wounded by shrapnel last year and Vika has had serious fear-related problems since then. Living conditions are harsh - their neighbor Viera says – there is no gas, electricity or running water. Their greatest hope is that the shelling will end. The front line is just two kilometers away. The war is already in its fourth year. Who needs it? – she asks.

The conflict escalated into a war in 2014, barely two years after Donetsk hosted several UEFA European football championship games, and eventually turned into a stand-off. A fairly large civilian population has remained on both sides of the front lines.

Much of the Donbass region, lying amidst vast expanses of steppe, has a characteristically industrial landscape with heavy industry plants where miners, workers and engineers are employed. Before the war, the region formed a part of the Ukraine, and earlier, a part of the USSR.

More recently, however, it has become the epicenter of tragic conflict that has divided its citizens. A geopolitical conﬂict in which many preferred not to be involved but were forced to take sides. It has led to the dissolution of local community cohesiveness and the relative homogeneity of post-Soviet mentality.

Very soon after the eruption of the ”Euromaidan” in Kiev, ”Antimaidan” demonstrations broke out in the Donbass as an articulation of the opposite sentiment. Local pro-Russian activists occupied regional government buildings (with the Russian government’s tacit support), demanding regional autonomy.

The conflict cannot be explained simply by population distribution in the Ukraine and Donetsk People's Republic (DPR) or other social factors. It was created by politicians who exploited the differences and opposing viewpoints on 20th century history: Ukrainian nationalism on the one hand, and nostalgia for the Soviet era coupled with pro-Russian agitation on the other.

It is also a conflict over identity. Over one’s self-perception as a Ukrainian, Russian or resident of the Donbass region. One’s perception of Red Army soldiers fighting Nazi Germany as heroes – or, on the contrary, of the anti-Soviet insurgents fighting on behalf of the Organization of Ukrainian Nationalists as the true heroes. The search for identity has gained in importance and is manifested in declarations and the creation of lines of division.

The aim of the project is to explore daily life during this forgotten war, and also, importantly, to observe the destructive workings of propaganda and mechanisms of disinformation in a land where people of similar (or identical) ethnicity/nationality stand against each other, ready to kill. To document the dramatic consequences of the instrumentalisation of civil society in a country torn by war.

It is a tragic paradox that both sides of the conflict share the same realities of everyday life: unemployment, economic crisis, corruption, the struggle for a better life, TV reports of shellings and victims, the overuse of Ukrainian and DPR symbols and flags, war weariness and fear. The civilian population is tired of the conflict, wants a return to normality,more than a scaling down of military actions.

The project has continued since February 2015 with no external funding. The next step of the project will be to revisit the main subjects of the previous documentary photography shoots and to follow up on their stories and lives. The perspectives of ordinary people are the best reminder of the tragedy of this forgotten war.
The deliberate selection of “images” and bearing witness continue to be important facets of the documentary photographer’s work – despite the extreme overabundance of pictures and images today. Hopefully, the consideration of the historical and ideological background issues in this project will additionally contribute to a better anthropological understanding of the war in the Donbass.

About author:
Photographer and cultural anthropologist.

Grant holder from the Republic of Poland’s Ministry of Culture and National Heritage 2016  for project „Citymorphosis”. He prefers documentary long he worked on them among others in China, Russia, Poland, Balkan countries and Ukraine.