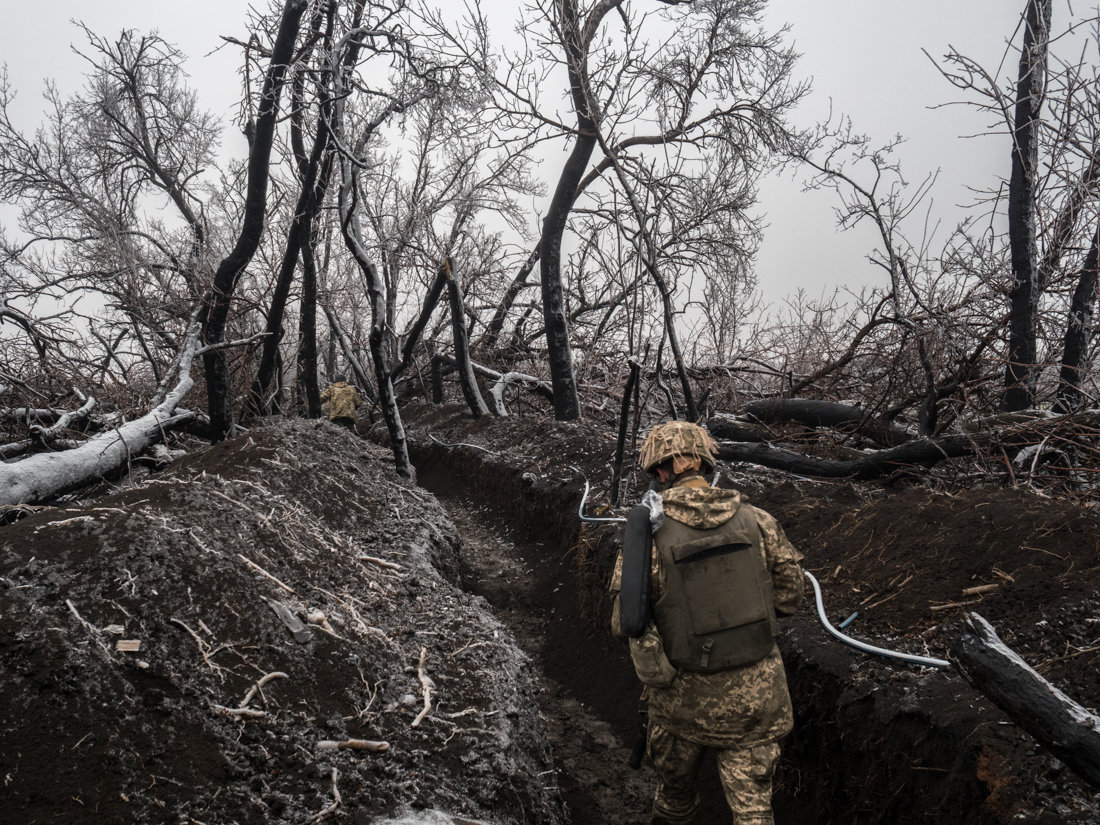 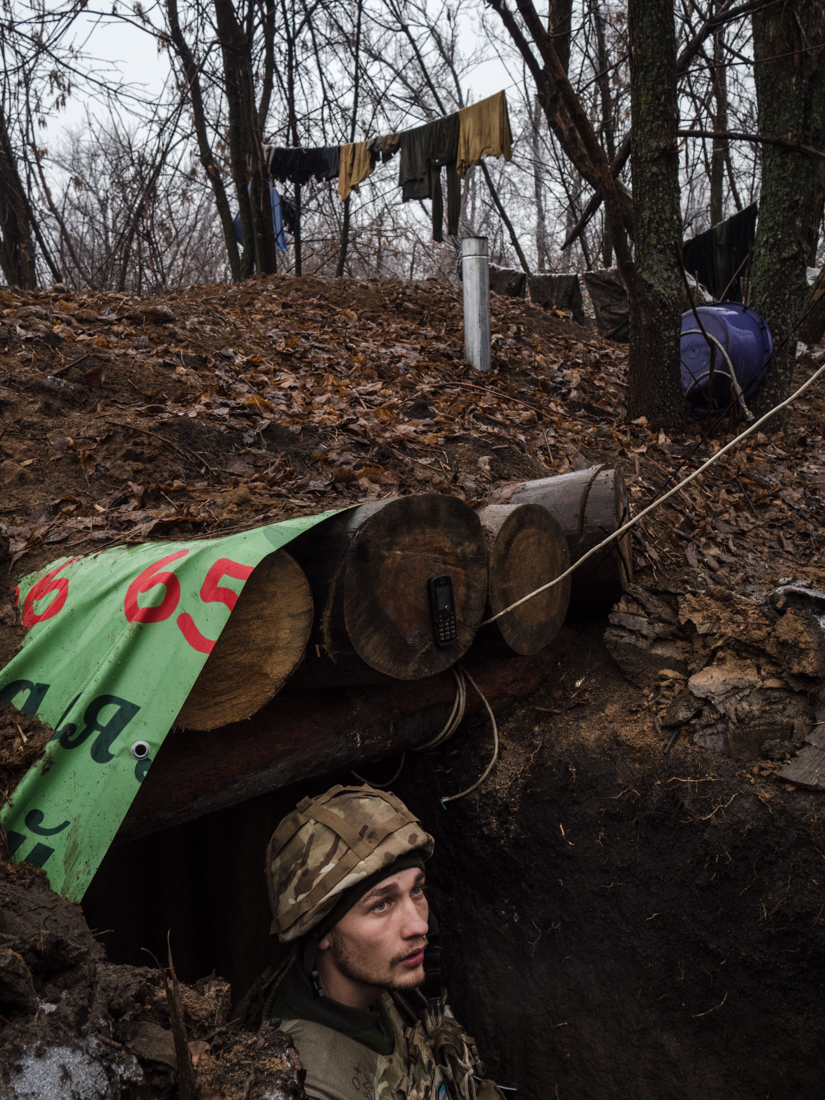 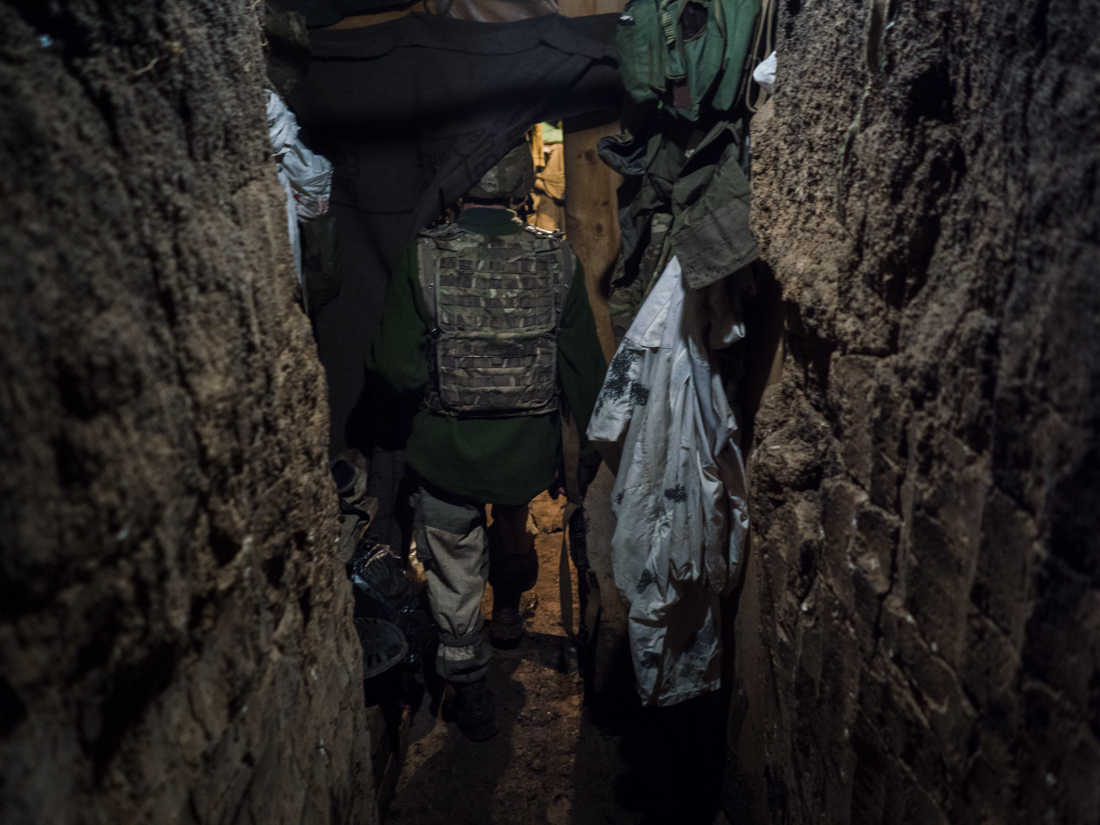 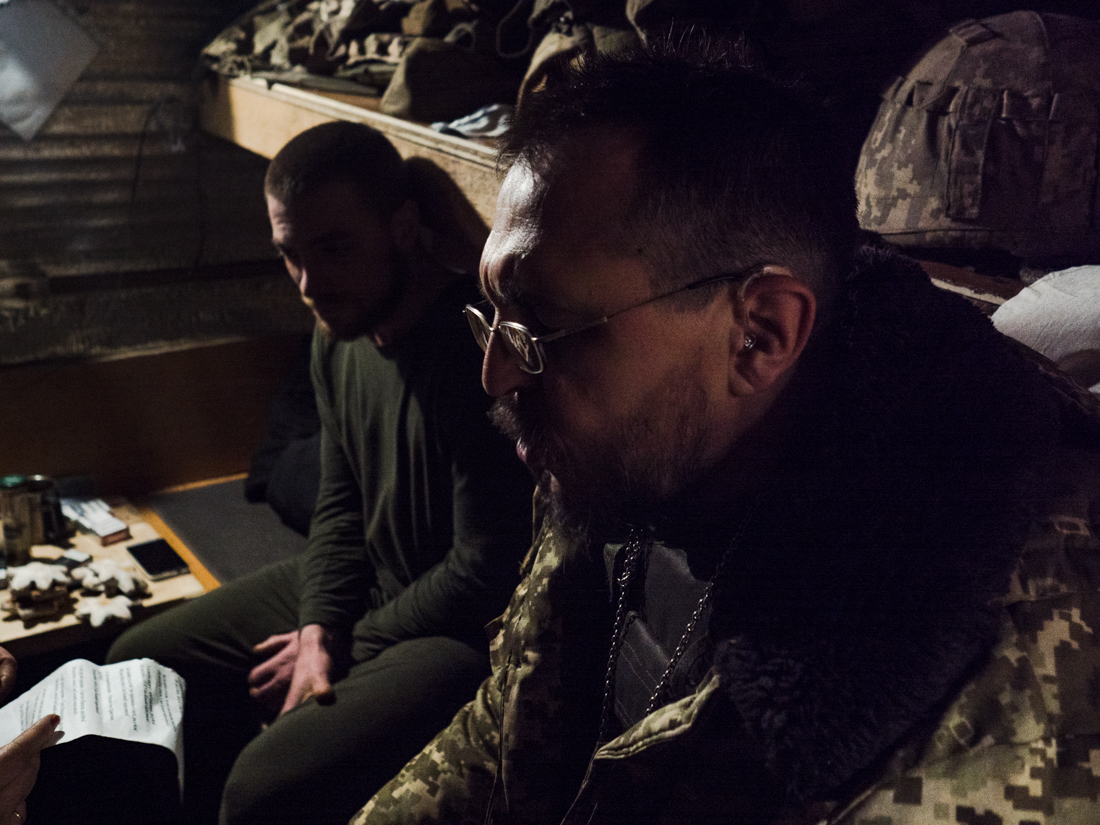 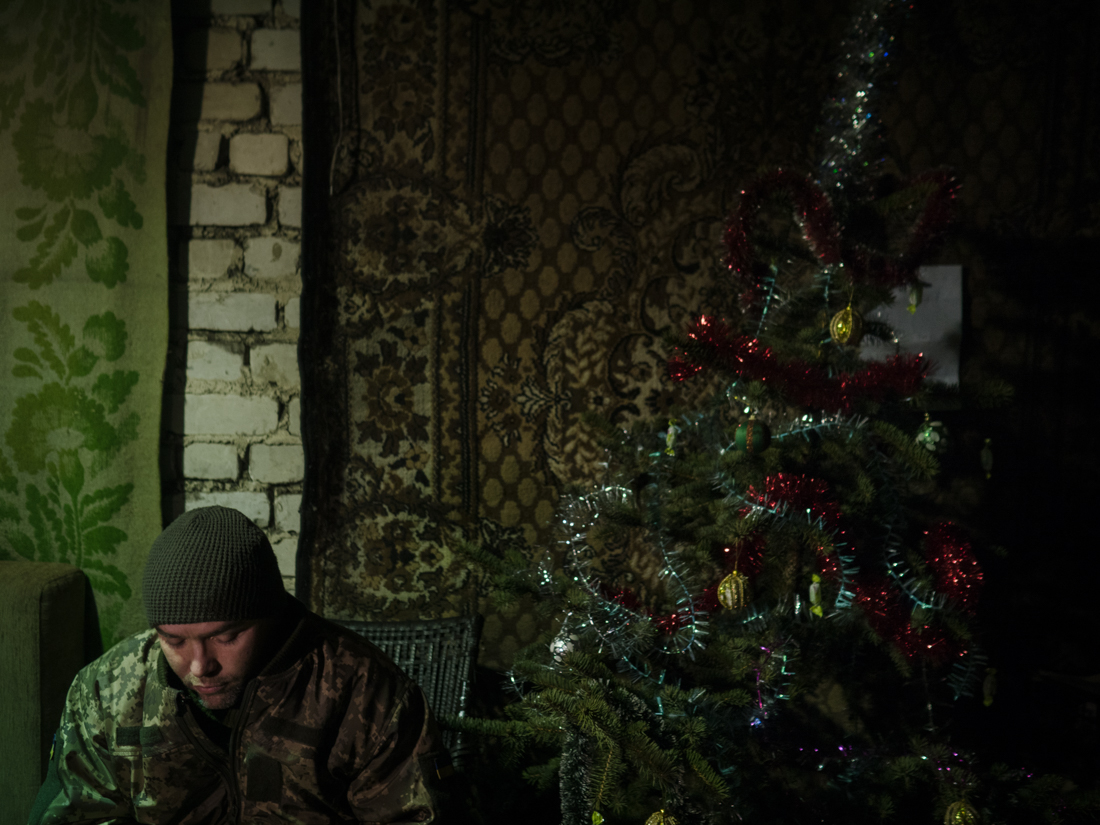 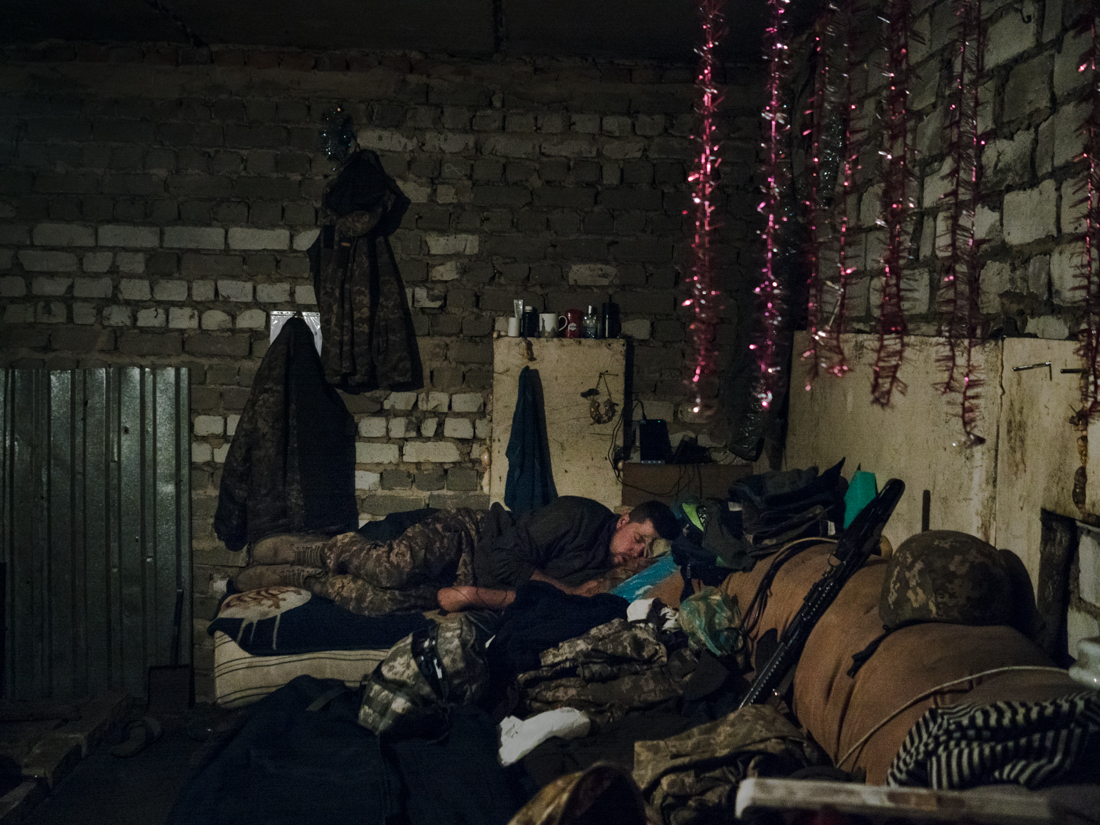 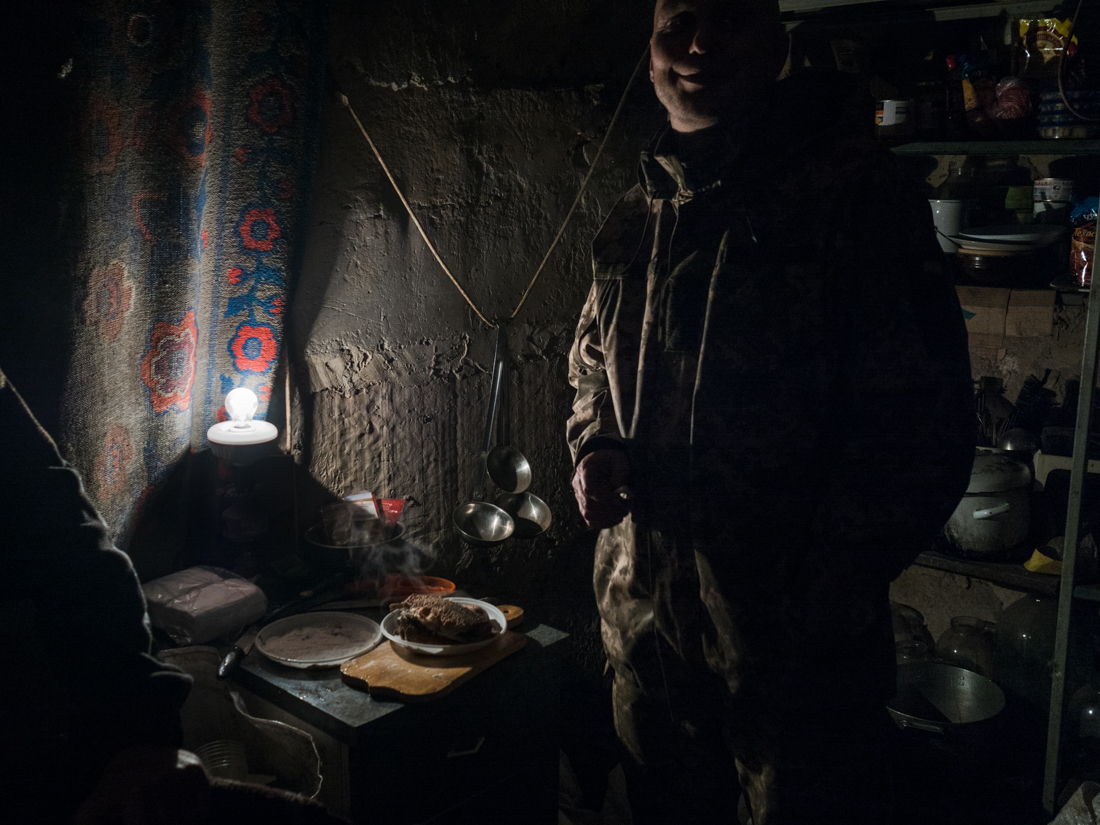 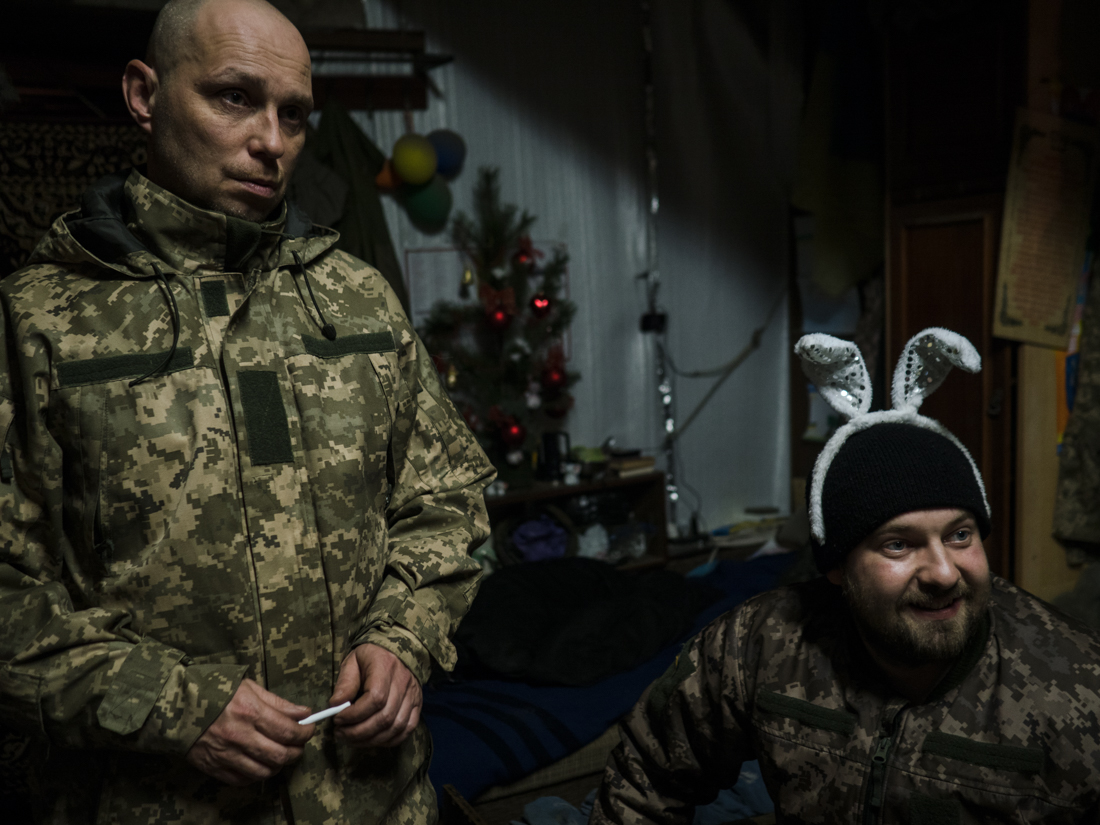 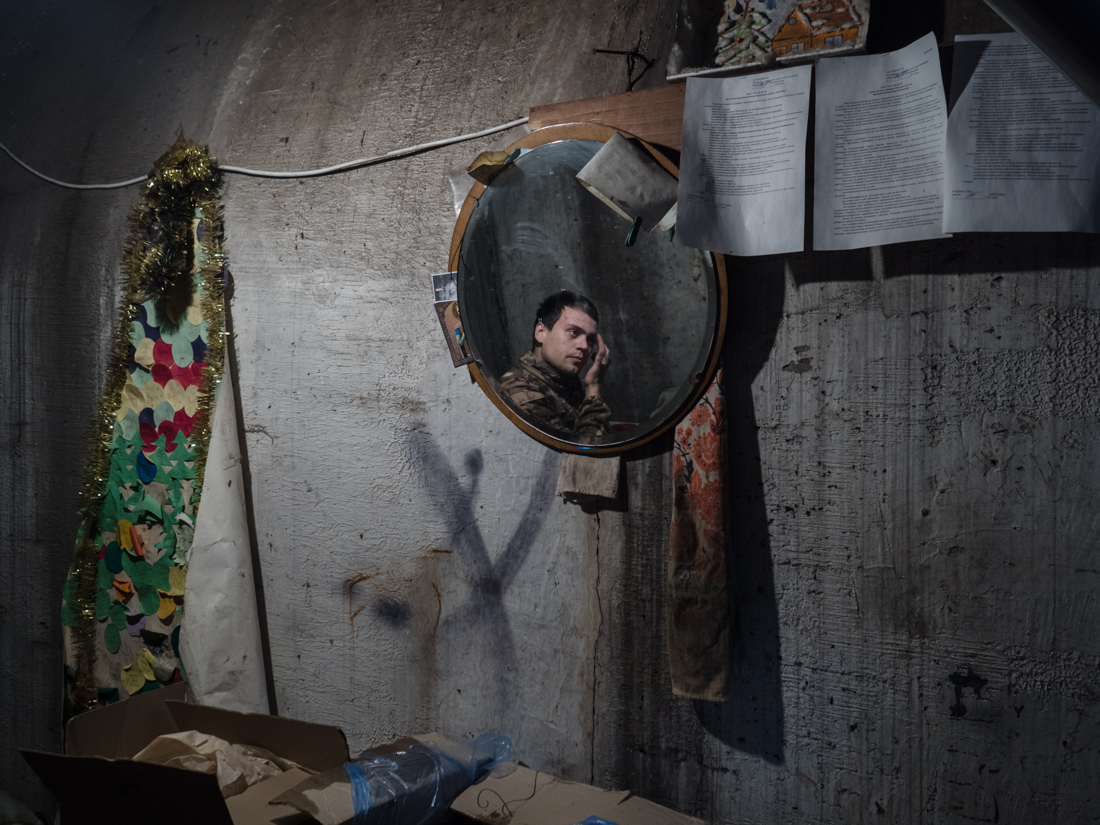 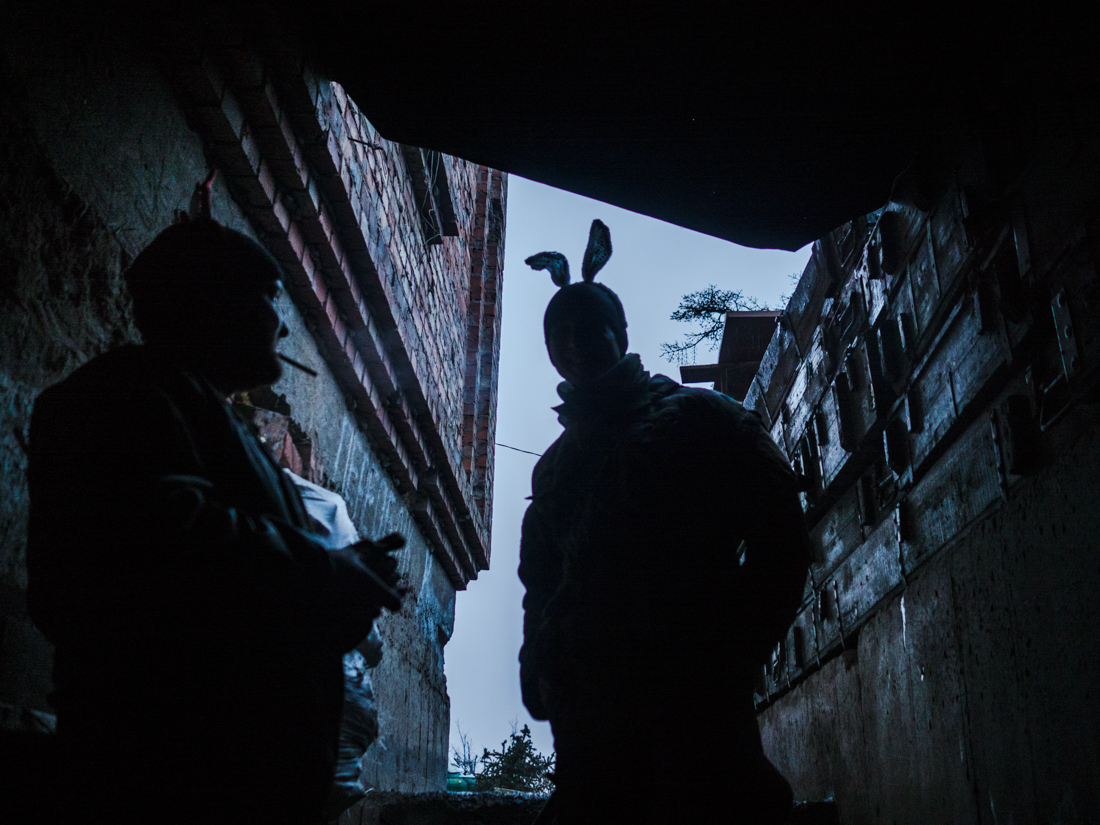 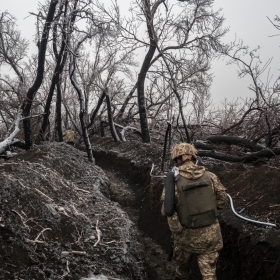 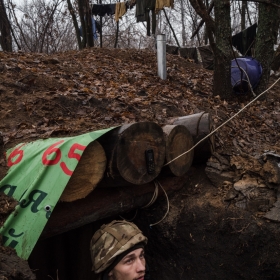 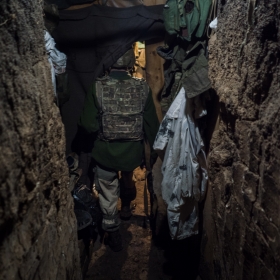 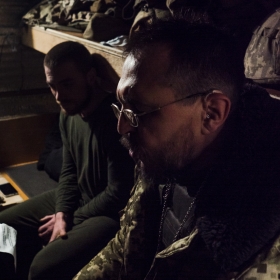 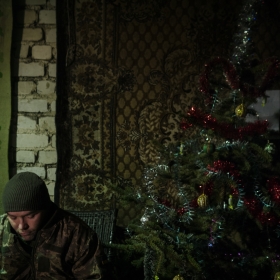 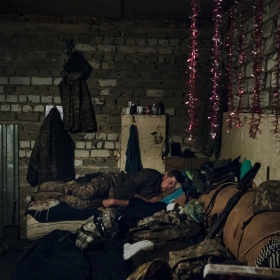 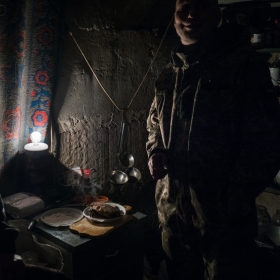 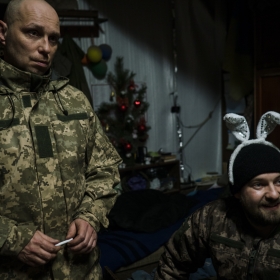 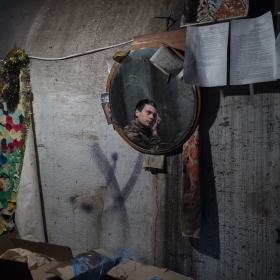 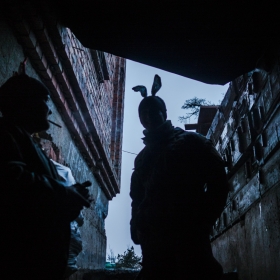 Gaëlle Girbes
« Christmas in grey zone » Ukraine December 2017 - January 2018.
Share
Support this photographer - share this work on Facebook.
More than three years have passed since the war settled down in Ukraine with its lot of victims, destructions, its poverty and its dramas inherent to any armed conflict. A war of position took place, trenches grew bigger, camps of fortune built themselves. The soldiers live there, very often underground. The rotations are less and less numerous…
The men live in these intestines of ground, under rubble, for sometimes more than 8 months. The hope for victory, for peace, faded, replaced by a daily life of war, a daily life of poverty. In spite of those particularly difficult living conditions with no dreams, they celebrated December 31st and orthodox Christmas in a mixture of new and former traditions.
In this improbable universe made of rubble and ruins, stuck in the black mud of the Donbass, the symbols of Christmas take place, moments of enjoyment intervene, a light but necessary recklessness shows through by moment. Christmas, a day of peace in the world, transports itself in the war.
On November 16th of this year the Ukrainian parliament passed a law establishing December 25th as new Christmas Day, Holiday, with the aim of distancing Russia … Something unheard of since the independence of this ex-soviet republic. This report takes us to the heart of the trenches of Donbass, with the present fighters on the frontline during the Christmas time. With what is at hand, they celebrated Christmas on January 7th, according to the Julian calendar, the orthodox and Greco-catholic tradition.
Few images of the daily life of these soldiers are visible, the accesses being restricted enough.
They nevertheless agreed to show me their day to day life, to welcome me among them by December 31st and the Christmas Eve from 6 till 7 January. During the holiday period (in December 31st / January 7th) and despite a ceasefire, there was 35 firings of heavy weapons and 7 soldiers were hurt. A soldier died on December 24th.

About author:
Gaëlle Girbes began photojournalism in 2006. Her reports take her to Africa, South-East Asia and Eastern Europe but also to closer but not necessarily accessible worlds, that of the circus or that of sports, such as the world of professional boxing or the world of the Rroms in the Parisian suburbs and Bulgaria. For her, photojournalism is above all and adventure to meet others, whether it be the personal history of individuals or the collective history of peoples. She applies herself to the attention of the gaze, which makes any story interesting, to be observed in order to understand, to know, in order to be able to tell, thus following Henri Cartier-Bresson's precept : "To photograph is to put the head, the eye, and the heart on the same line of sight." It is this particular line of sight that she always tries to adjust, as precisely as possible in her work, and which serves as her guideline.
In 2010, she joined the Webistan agency of the photographer Reza, with whom she worked until March 2012, then she collaborated with the war photographer Patrick Chauvel for 4 years, with whom she created the Patrick Chauvel Fund which brings together all of the reporter's photographic work: 50 years of testimony to various contemporary conflicts, from the Vietnam War to the war in Ukraine.
Since 2018, she is contributor for SIPA agency and are currently work in Ukraine where she covers the war, its consequences and society issues.