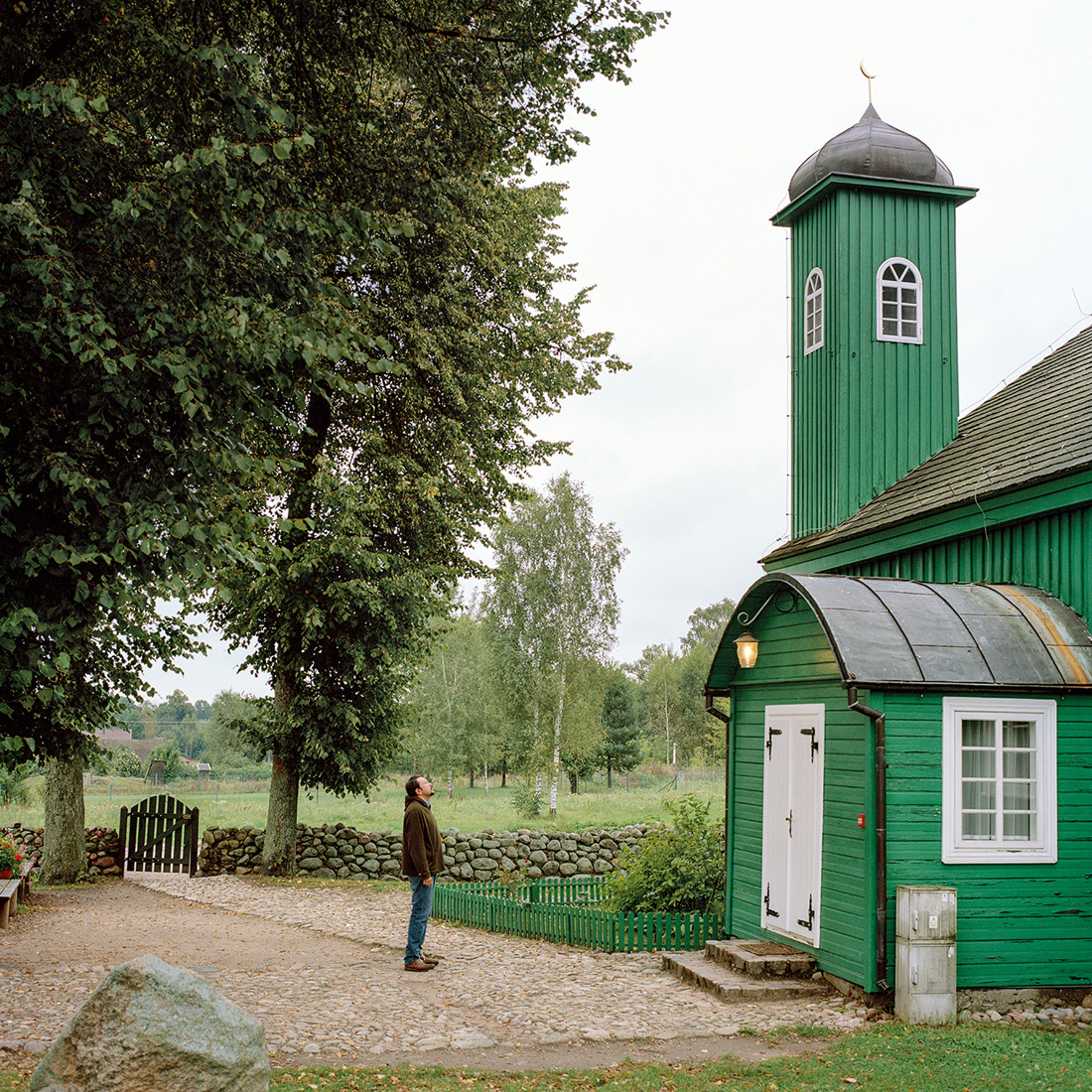 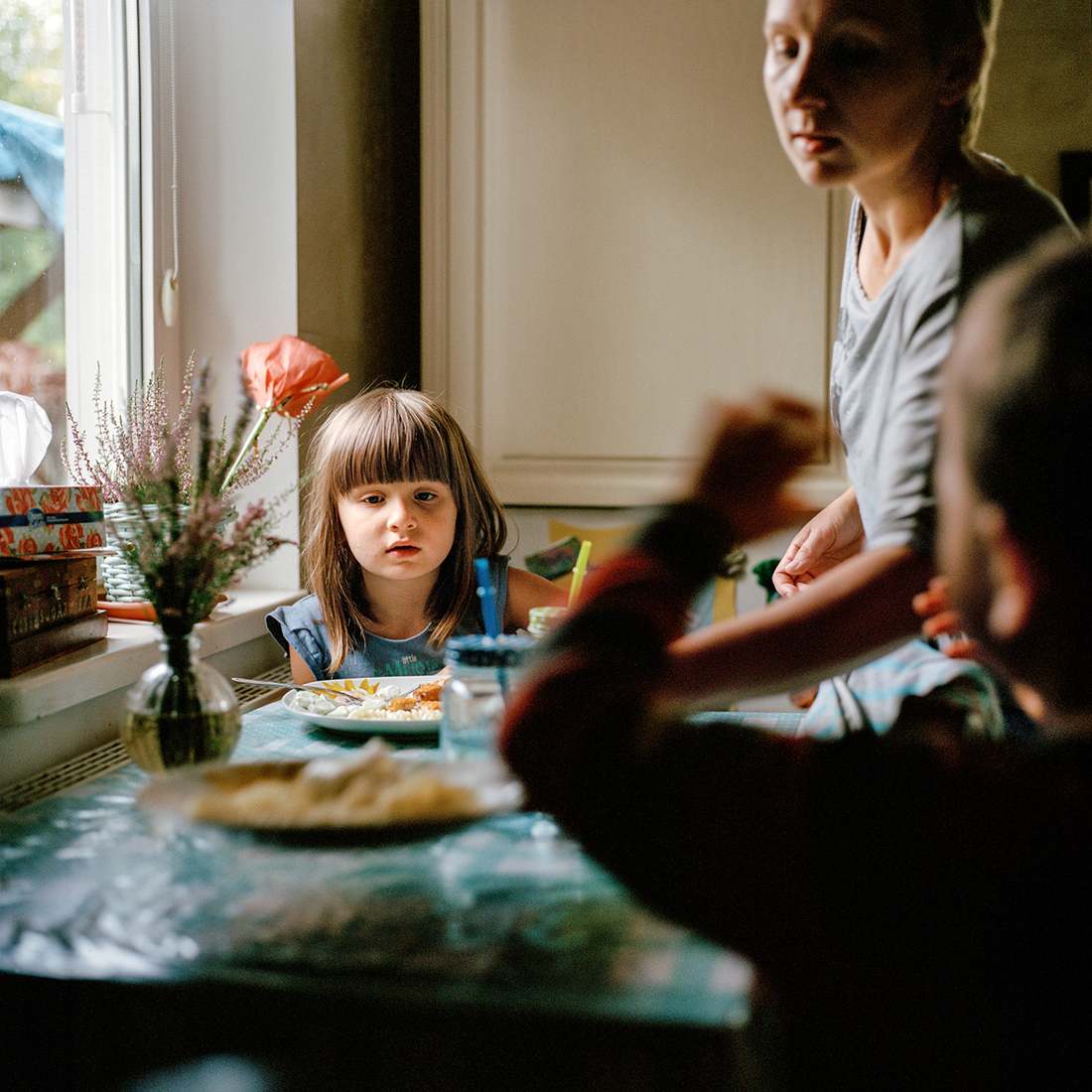 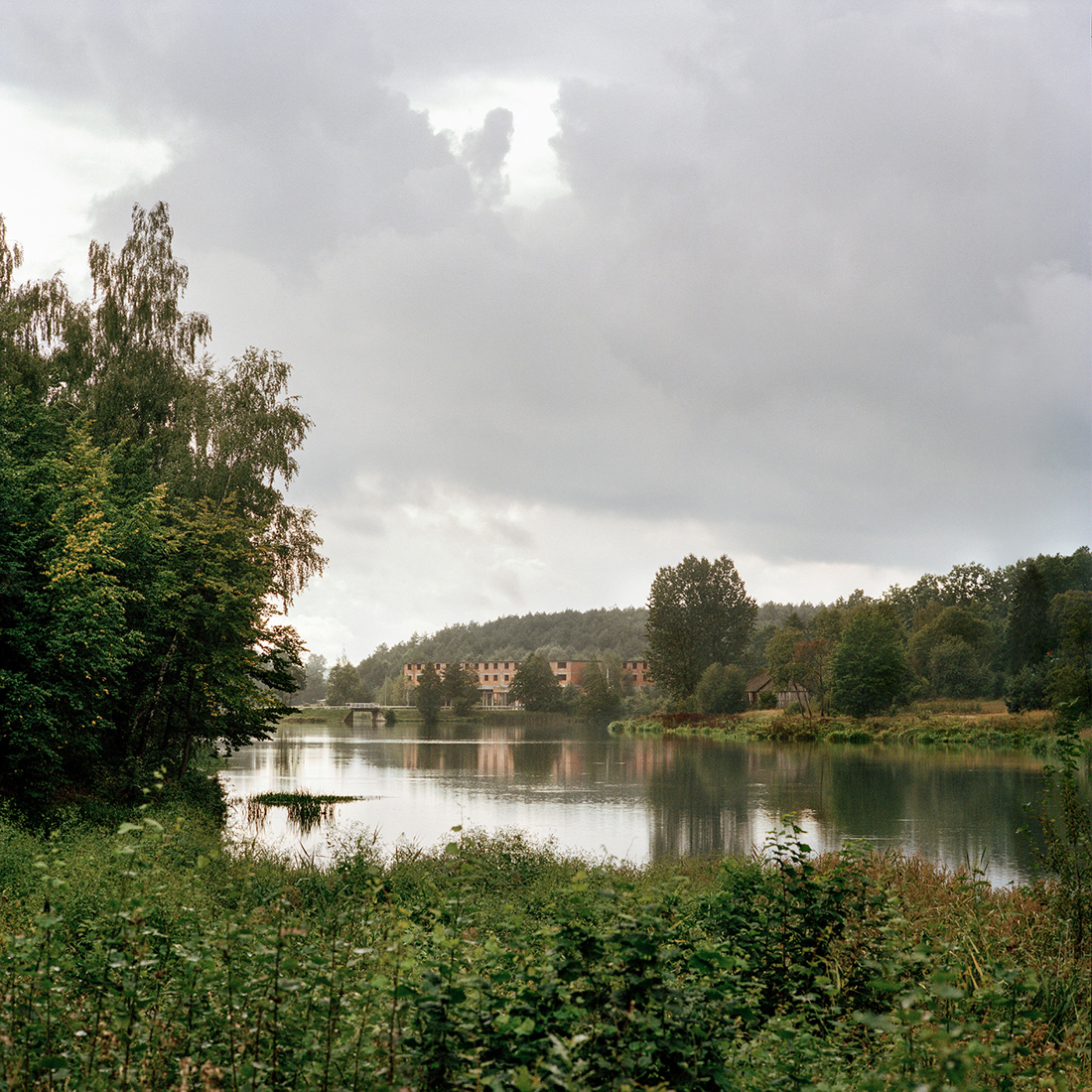 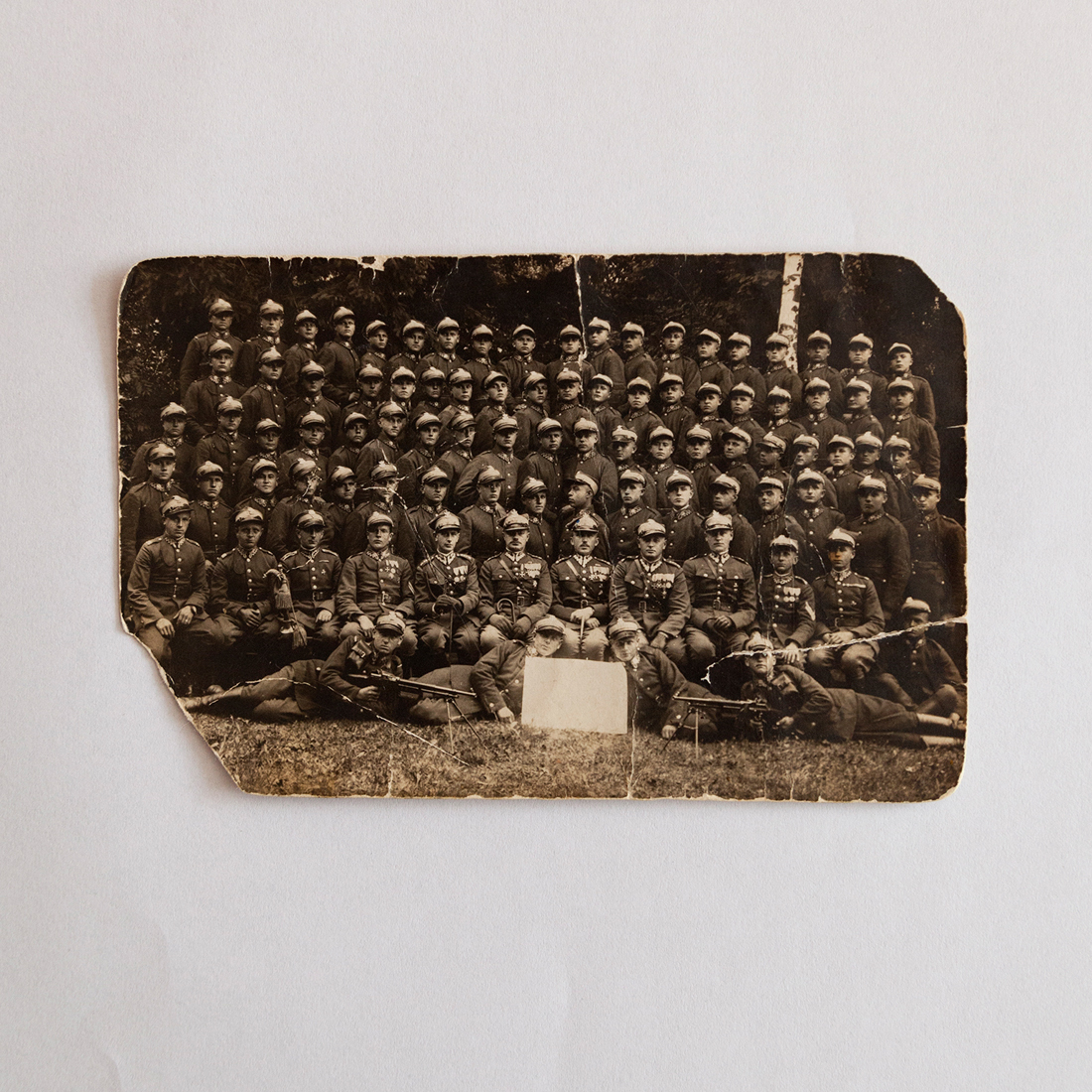 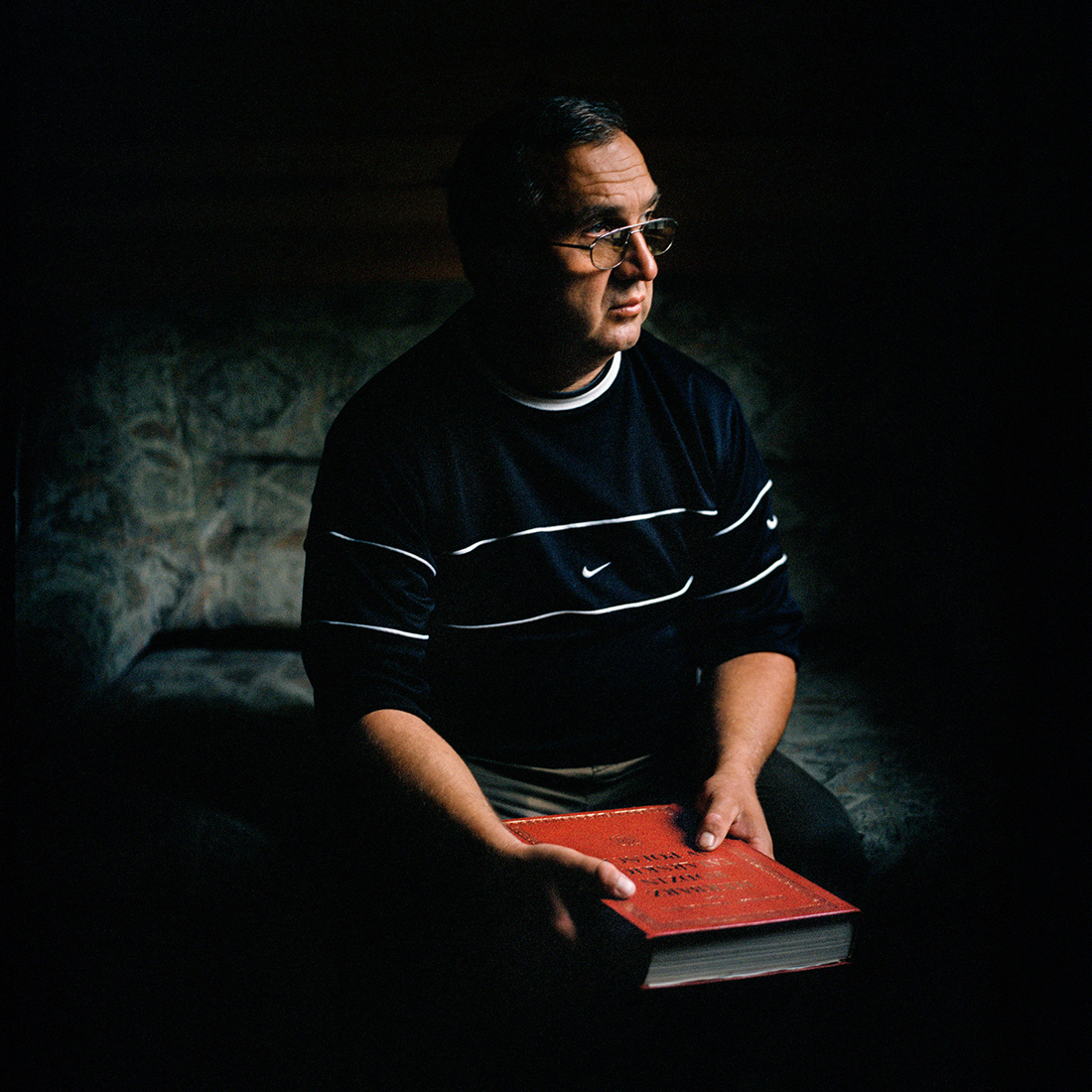 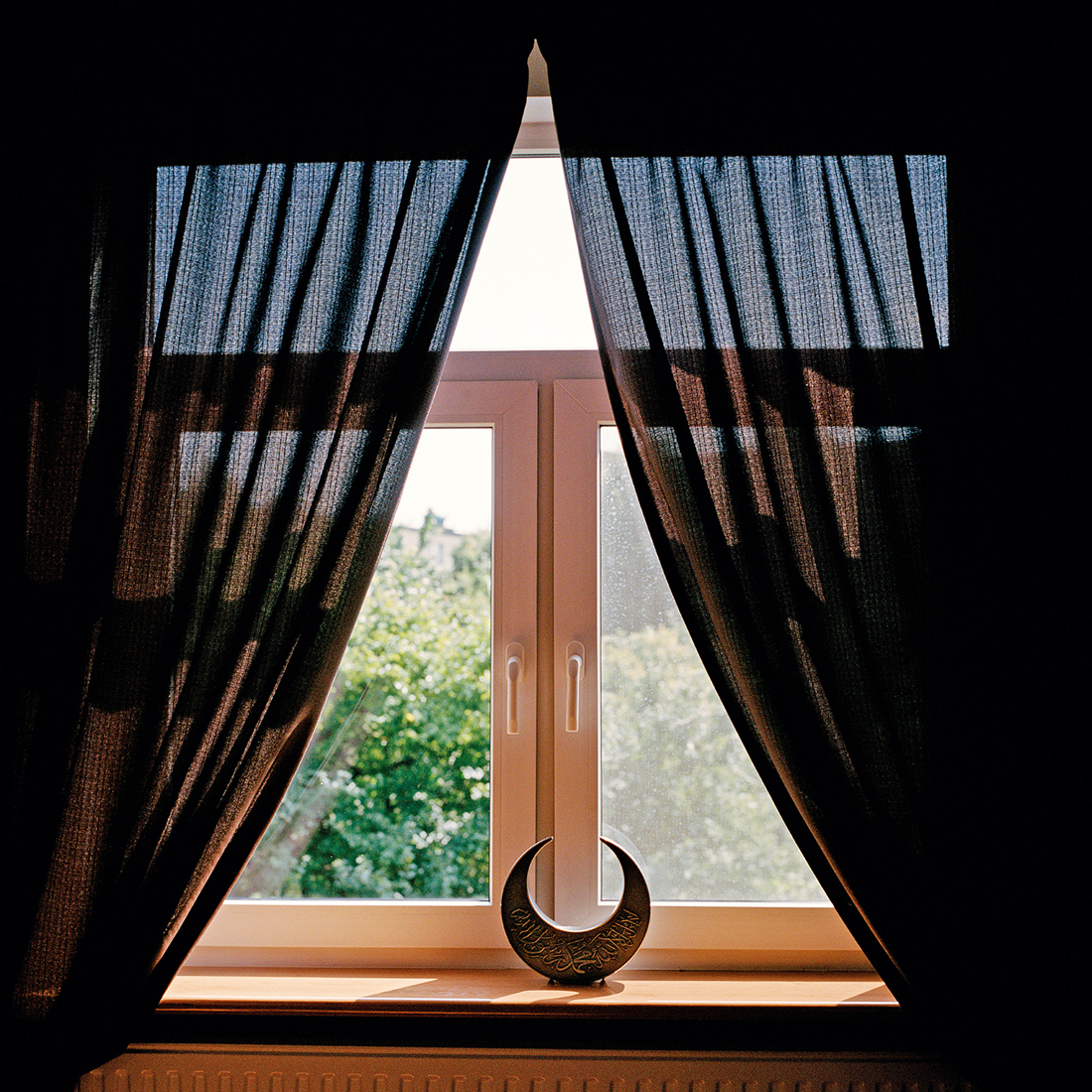 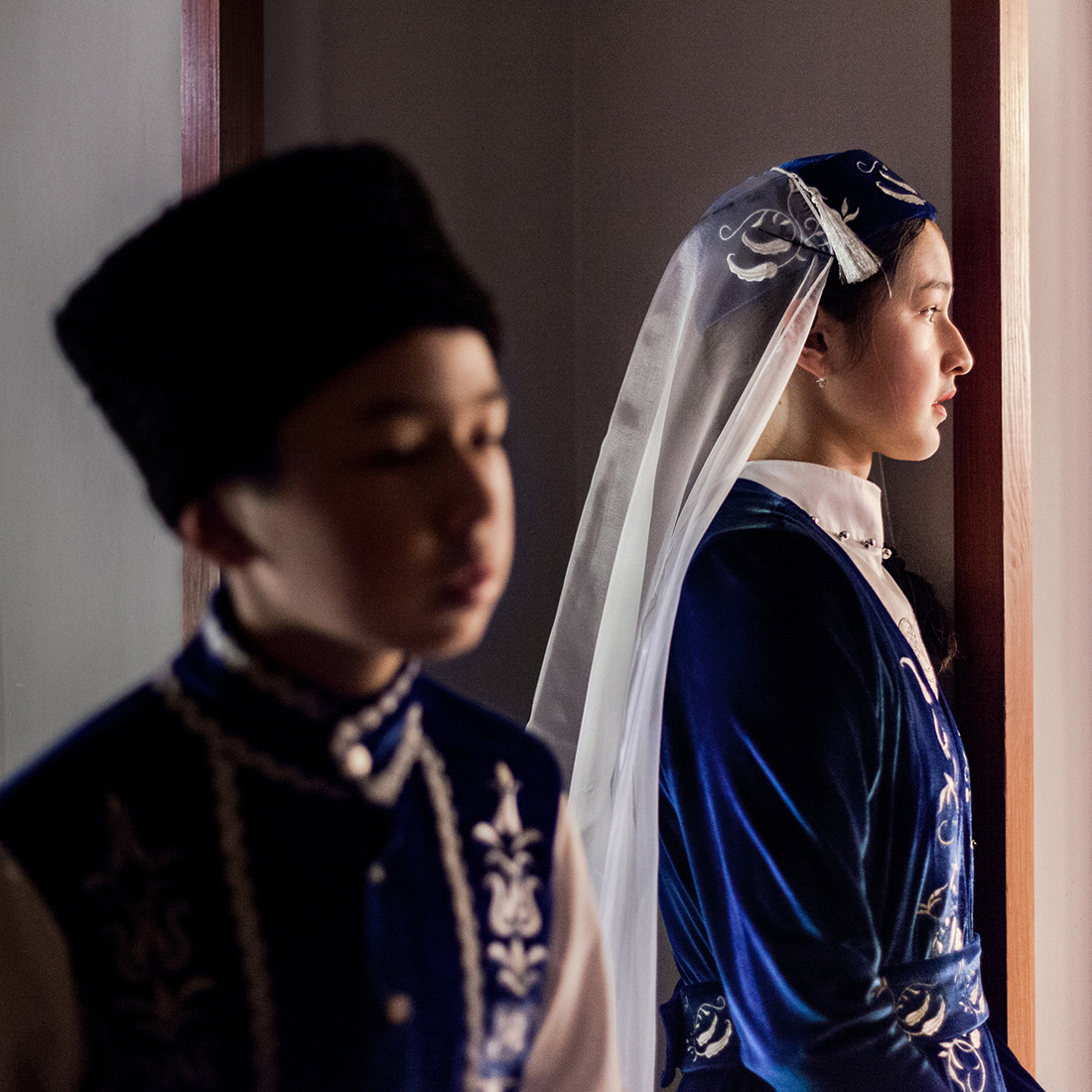 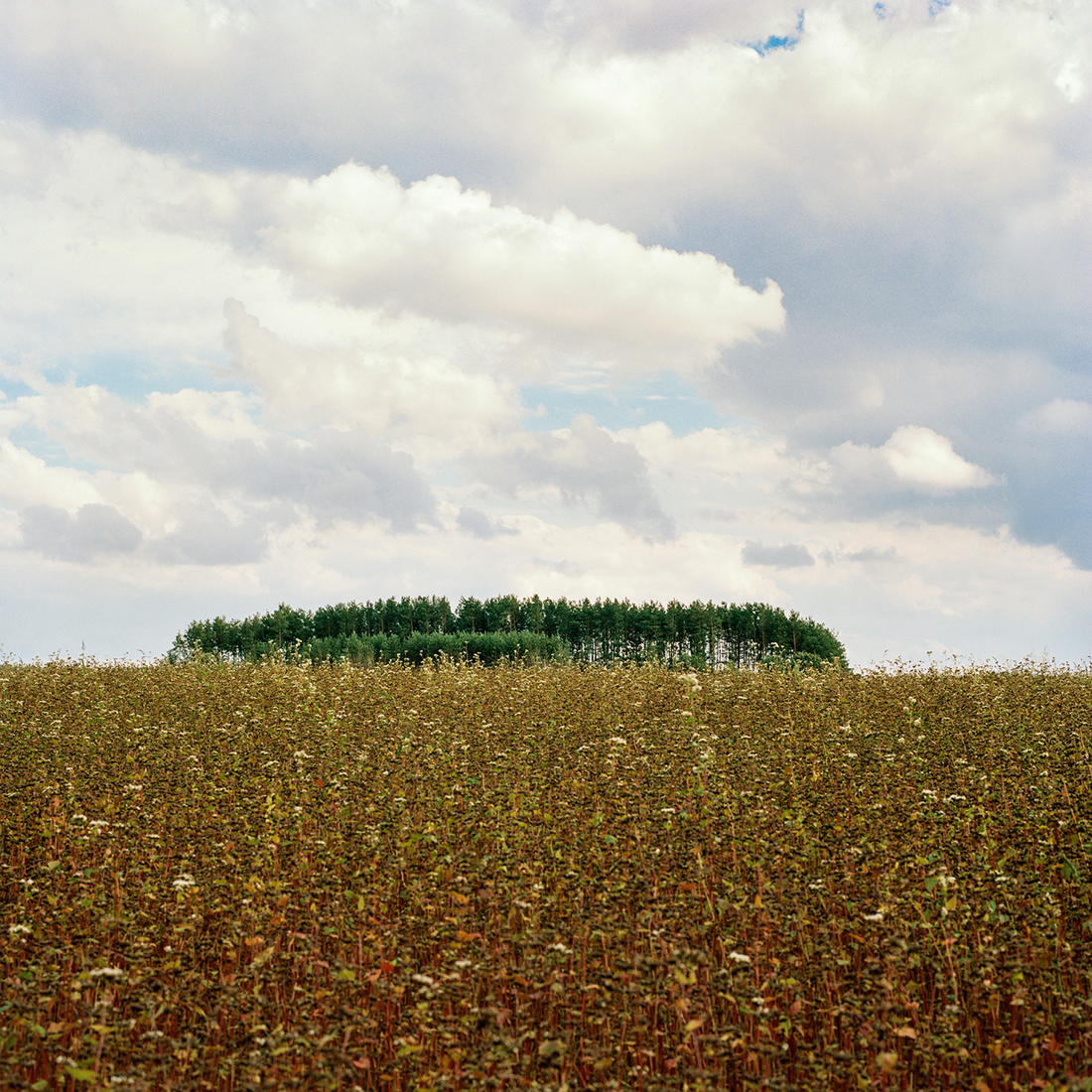 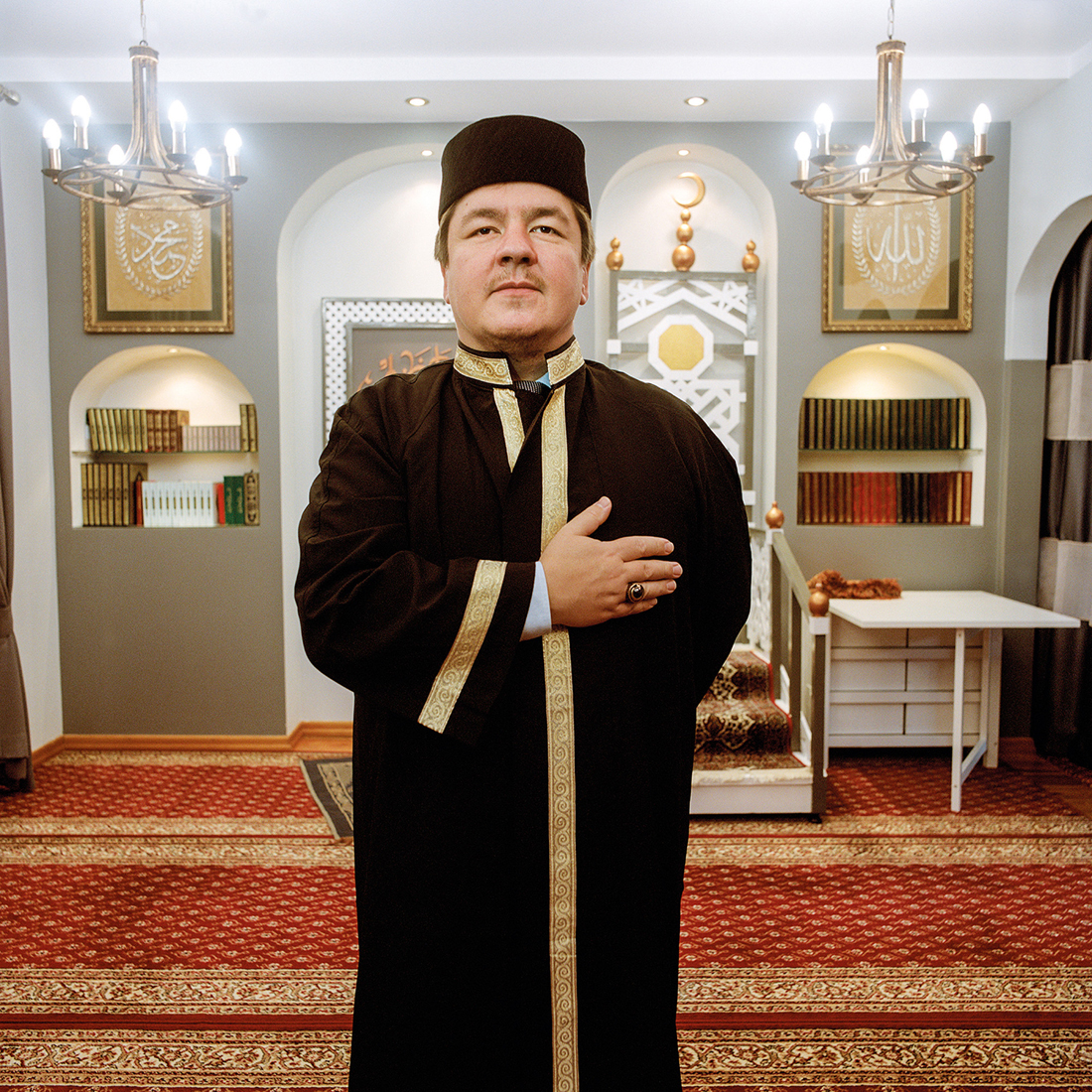 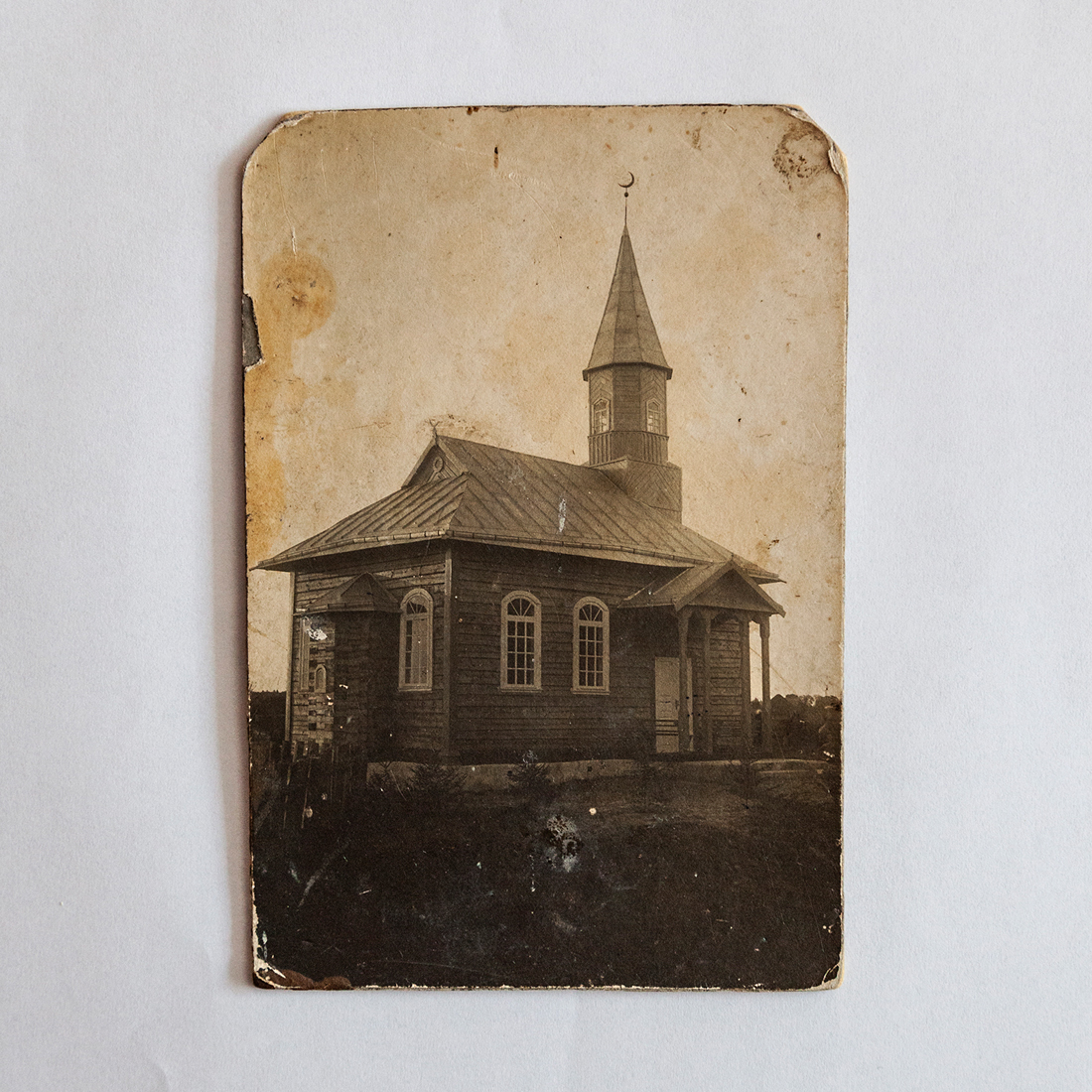 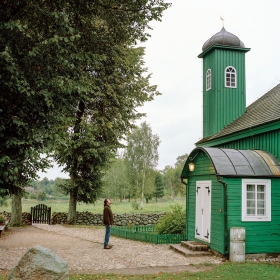 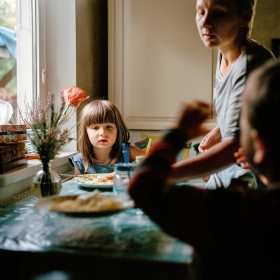 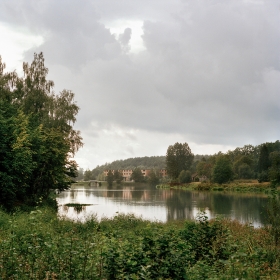 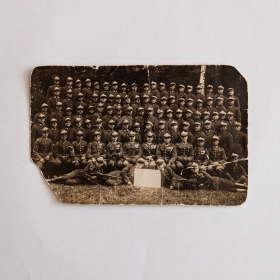 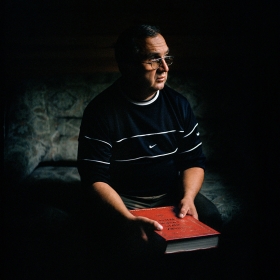 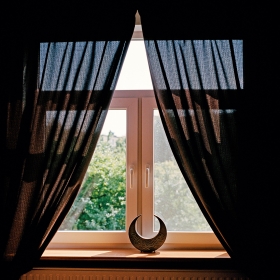 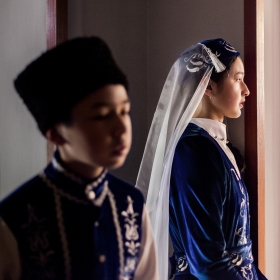 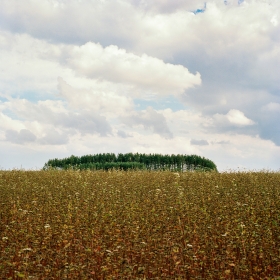 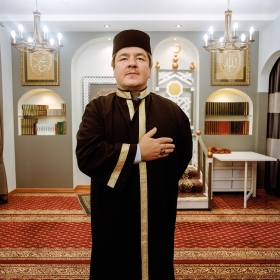 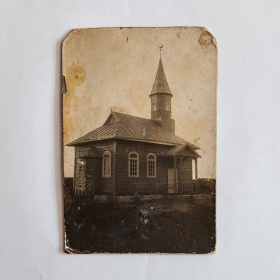 Selim Korycki
The Waning Crescent. Lipka Tatars in Poland.
Share
Support this photographer - share this work on Facebook.
The story I am telling is about migration, assimilation and peaceful coexistence. It is a story about remaining traces of multicultural society. It is also a story about diminishing community fragmented by geo-political divisions. It is a story that defies stereotypical view of Central and Eastern European countries as mono-religious and mono-cultural entities. Pictures of Polish Tatars, which I am submitting is the first chapter in an on-going work about Lipka Tatars- an Eastern European Muslim minority.

At the heart of the Podlasie region of north eastern Poland, a small yet firmly established Sunni Muslim community has been settled for over 300 years. These are the Polish Tatars, also known as Lipka Tatars, an ethnic minority of fewer than three thousand people. Their ancestors put down roots in the Polish–Lithuanian Commonwealth in the early 14th century, and by the middle of the 16th century as many as twenty thousand Tatars practiced their religion in more than a hundred mosques spread through a territory now divided between Belarus, Lithuania and Poland. The first Tatar settlements in Podlasie were established in 1679, and to this day the majority of Polish Tatars live in this region.

While there was a slow assimilation over the centuries, the Lipka Tatars kept their distinctive identity. Although the ability to speak their original Kipchak language disappeared sometime during the 16th century, the tightly knit community was galvanized through religion, passionate Polish patriotism, a strong emphasis on endogamy, and preserving the names and cuisine of their culture.
In 1918, the newly independent Second Polish Republic that arose from the ashes of World War One established religious freedom to all faiths in the constitution. The Polish Tatar minority flourished, with over 6000 Tatars living in Poland and 17 active mosques. In 1925 a Muslim Religious Association was formed, and a year later the Mufti of Poland Jakub Szynkiewicz was voted into the office. In Nowa Wilejka, near today’s Vilnius, Tatar officers staffed the 1st Tatar Squadron of 13th Cavalry Regiment. Most young Polish Muslims conscripted into the army would serve in the Nowa Wilejka barracks. The aftermath of the Second World War altered the borders and fragmented the community. In 1945 almost all pre-war territories inhabited by Polish Tatars became part of the Soviet Russia. Lipkas unexpectedly were forced to assign themselves to one of the three nationalities: Belarusian, Lithuanian or Polish. In 2018, more than 70 years later, these three separate groups still exist.
The outcome of two trips in summer 2017 (four weeks in total) is the first part of the story. I photographed Polish Tatars in Podlasie, a community of approximately 1500 people. It is the smallest of Lipka Tatar communities in Europe: there is an estimated 3500 Tatars living in Lithuania, and over 7000 in Belarus.

In 2019 I will broaden my project to Tatar communities living east of Poland. Building up on contacts I made with Tatars in Podlasie I will connect with Lipkas living in Belarus and Lithuania. I will document the revival of links between communities by photographing cross-border projects, following family visits and engaging with people looking into their ancestral roots. I will examine traces of history linking all three communities, photograph visible evidence of Tatar culture in landscape and architecture, gather archival material and photograph daily life of the communities. But most importantly I will look at what it means to belong to a well-assimilated religious minority settled in Central Europe for centuries, a minority that is increasingly demonized and detested. To do that I will focus on different realities faced by each community.

On the one hand there is democratic Lithuania with freedom of assembly and liberty to produce own publications. Lithuania is a country that officially recognised Islam as part of its historical heritage. One of the oldest Tatar settlements in Keturiasdešimt Totorių near capital city Vilnius has been continuously inhabited by Tatars since 15th century. Historical mosques are still frequented, ancient cemeteries are cared for, communities freely form own associations without official interference.

On the other hand there is oppressive Belarus, with state apparatus hostile to free expression and assembly. In this ethnically and religiously diverse country there are at least 10 mosques and Lipka communities scattered across more than 20 cities, towns and villages. Countless historical traces of Tatars´ presence are strewn across Belarus. Some of those traces reflect traumatic past of the country (during and after the Second World War many Polish Tatars living in Belarus were repatriated to Poland or deported to Siberia), and current authoritarian rule of President Lukashenka (examples are brutal and unsolved murder of local imam and his family in Grodno few years ago, as well as series of police raids on mosques and private houses in 2016).

This is part of European heritage that is rarely known outside of Belarus, Lithuania and Poland. In the light of anxious attitudes towards migration, assimilation and Islam, which are currently surfacing across Europe, I strongly feel this is an extremely important story to be told.

Undertaking of such project spanning across two countries will require more than one trip to the region, and substantial funds to cover all the expenses. I am including a more specific breakdown covering the most important needs. Please bear in mind that 1000 $ provided by Photography Grant would finance the costs of film, developing and scanning only.

About author:
I’m a documentary photographer, originally from Gdansk in Poland and currently based between London, UK and Hannover, Germany.

My practice is concerned with a variety of social and cultural issues, such as borders, migration, identity, as well as urban expansion and sustainability. I work mainly with still images (both analog and digital) and occasionally with video.

In June 2018 my photo essay The Waning Crescent. Lipka Tatars in Poland has been shortlisted for CDS Documentary Essay Prize in Photography.

MA Photojournalism and Documentary Photography at LCC/ University of the Arts London (graduated 2018),