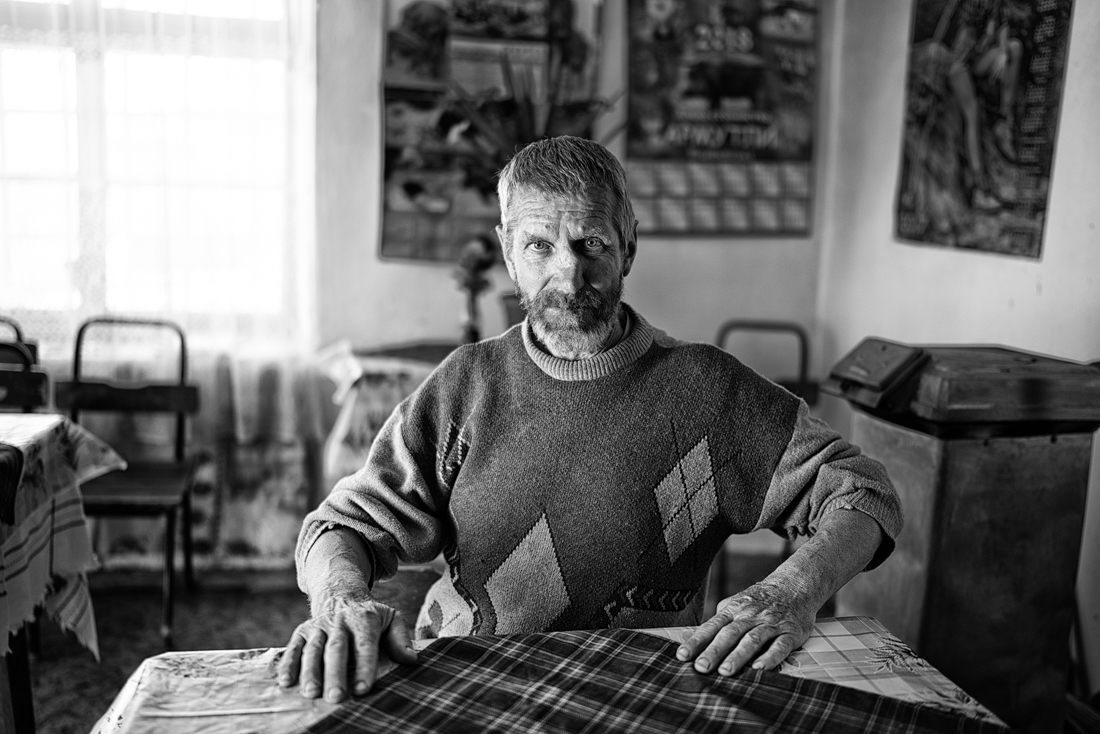 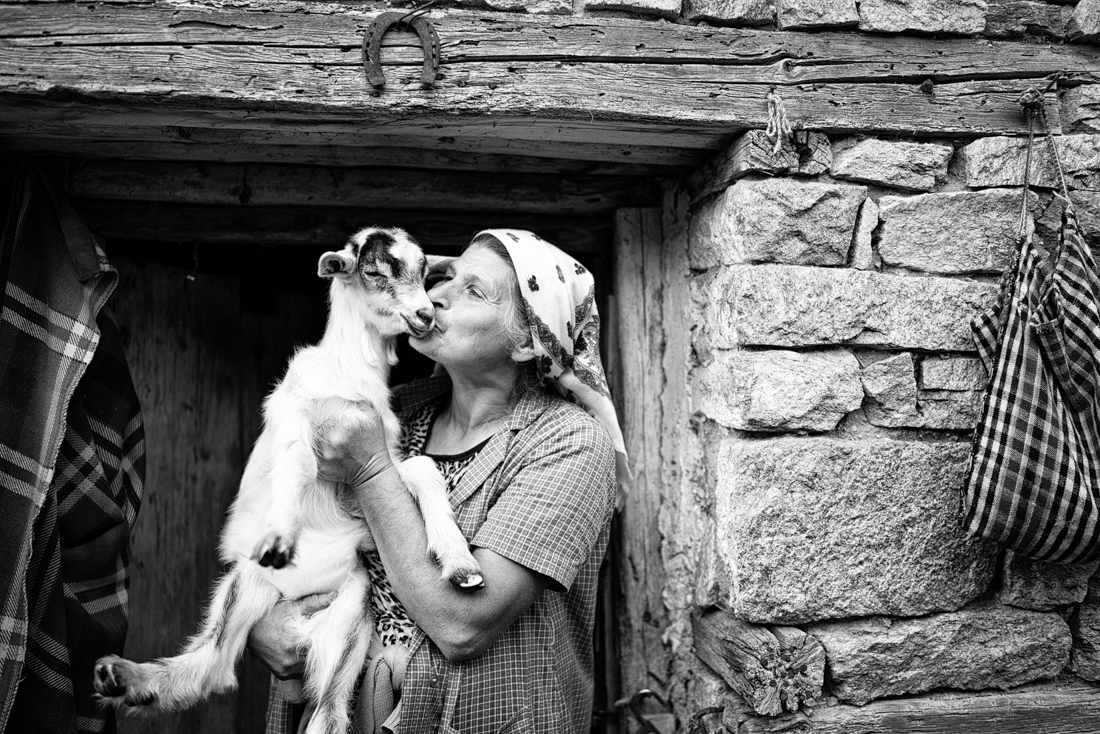 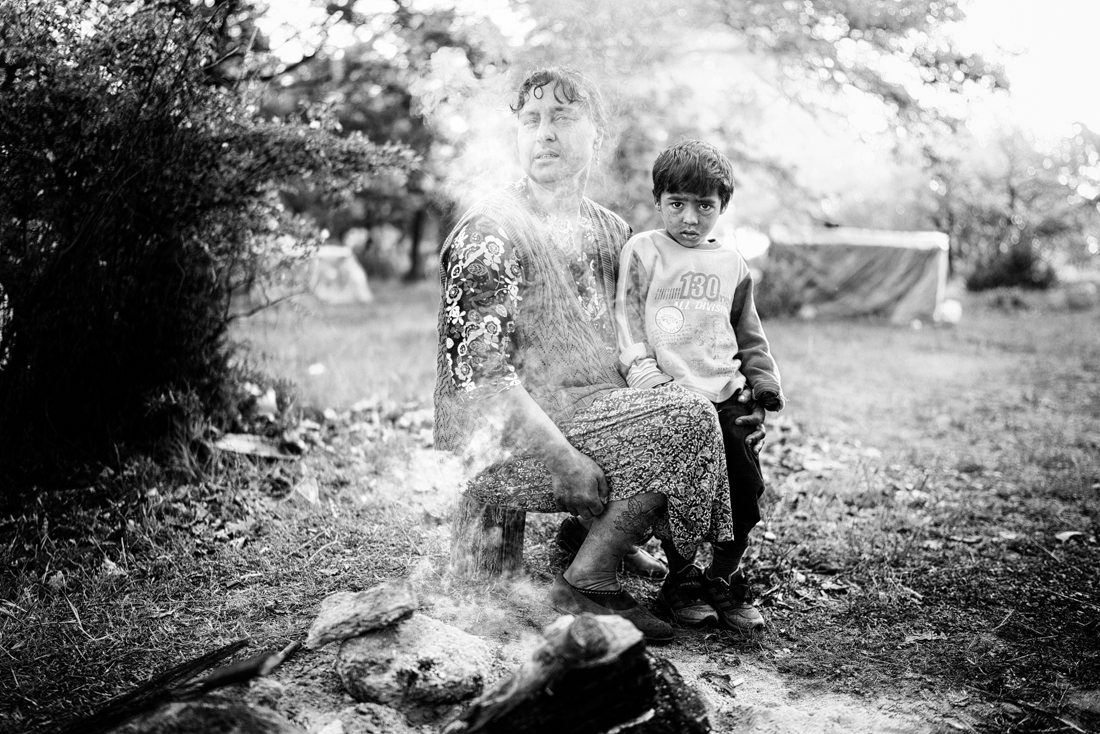 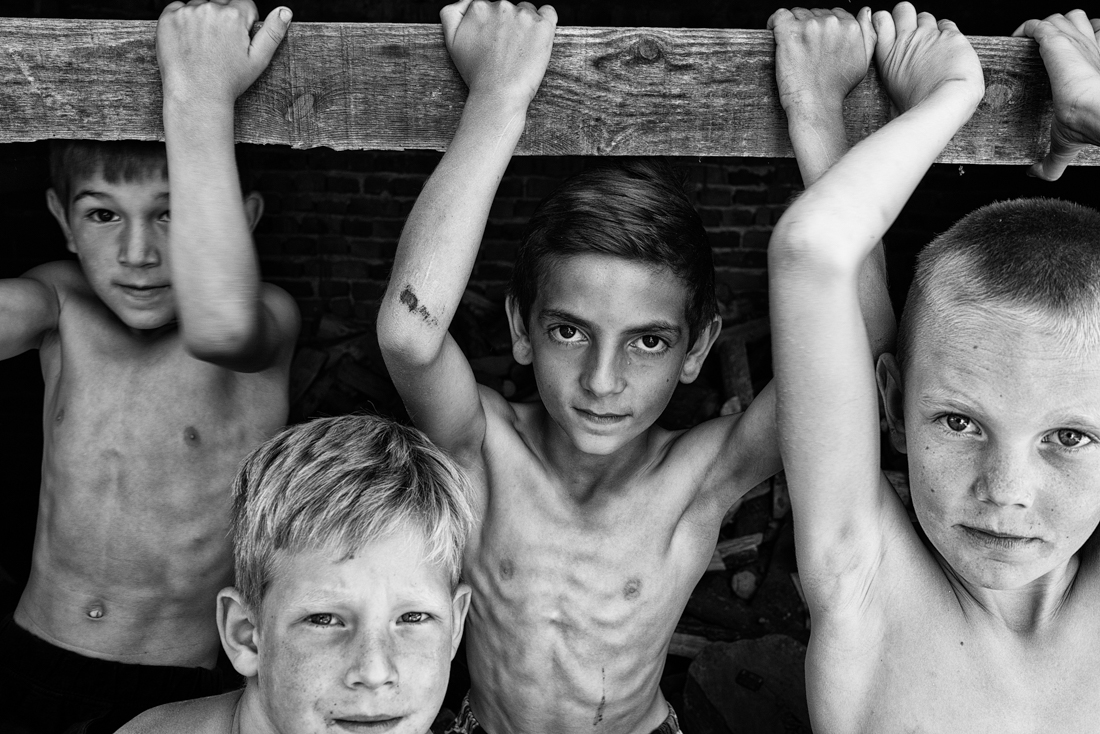 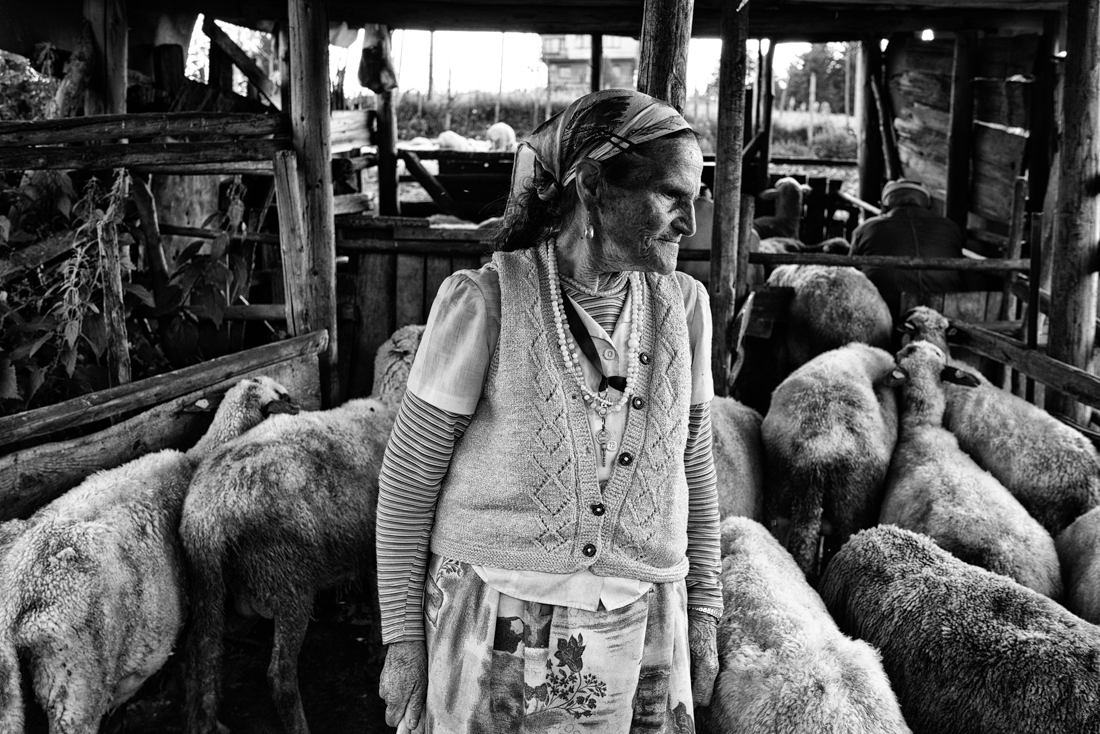 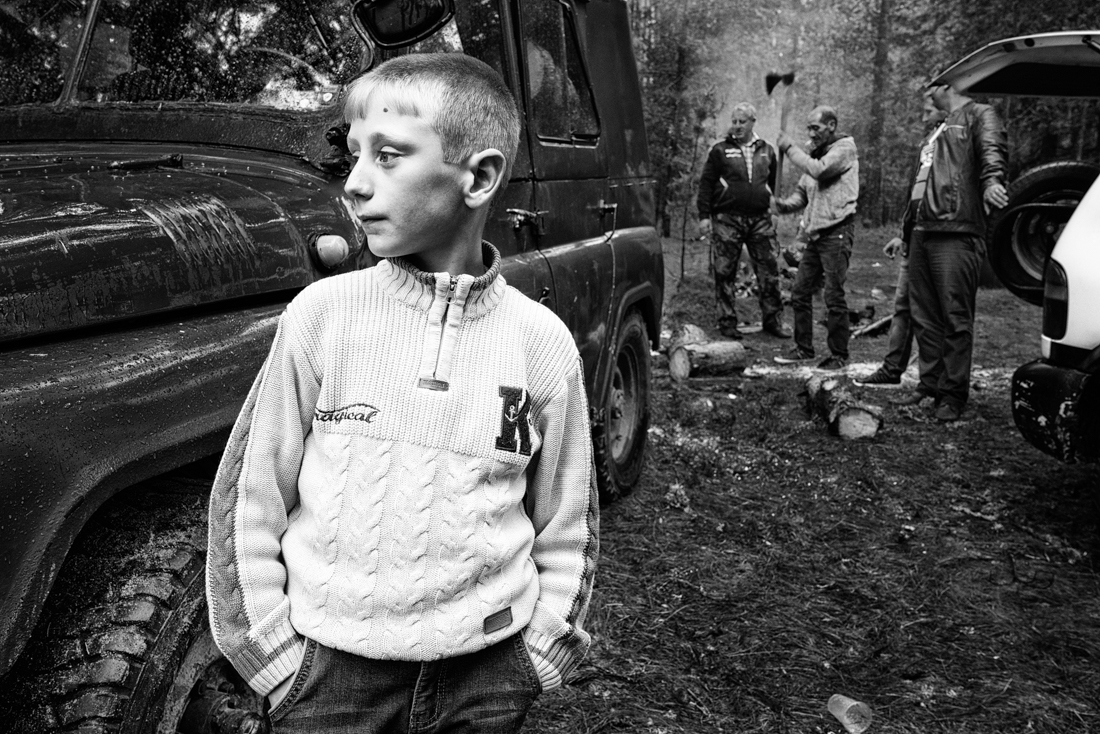 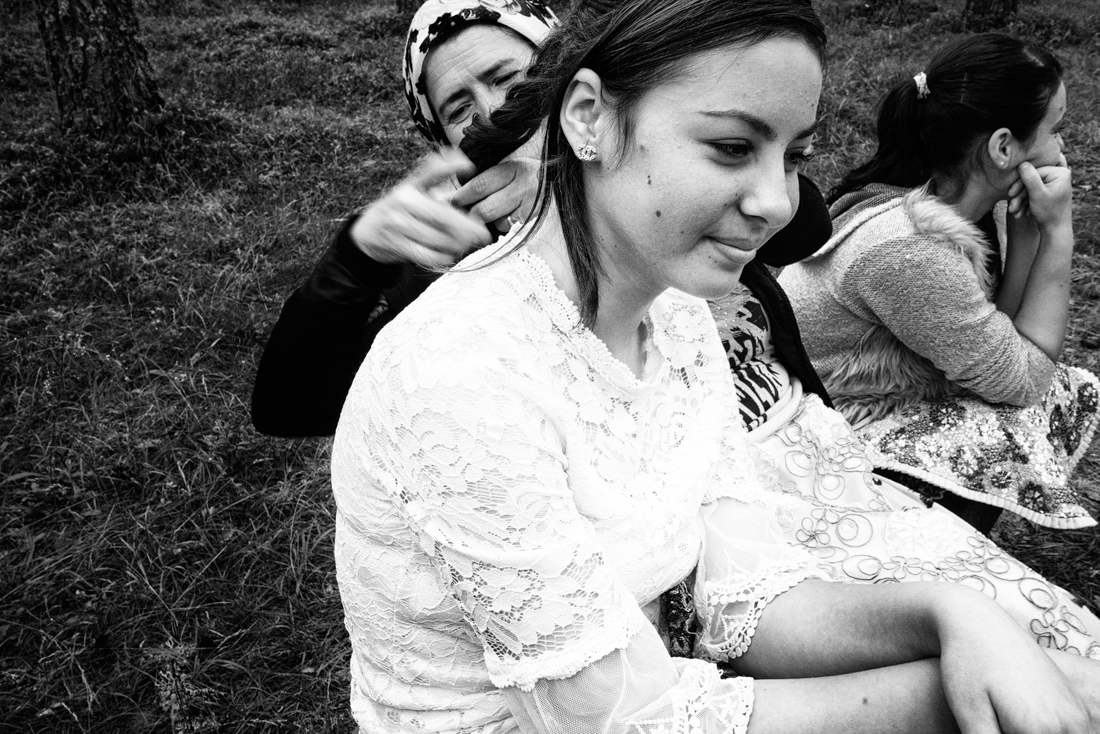 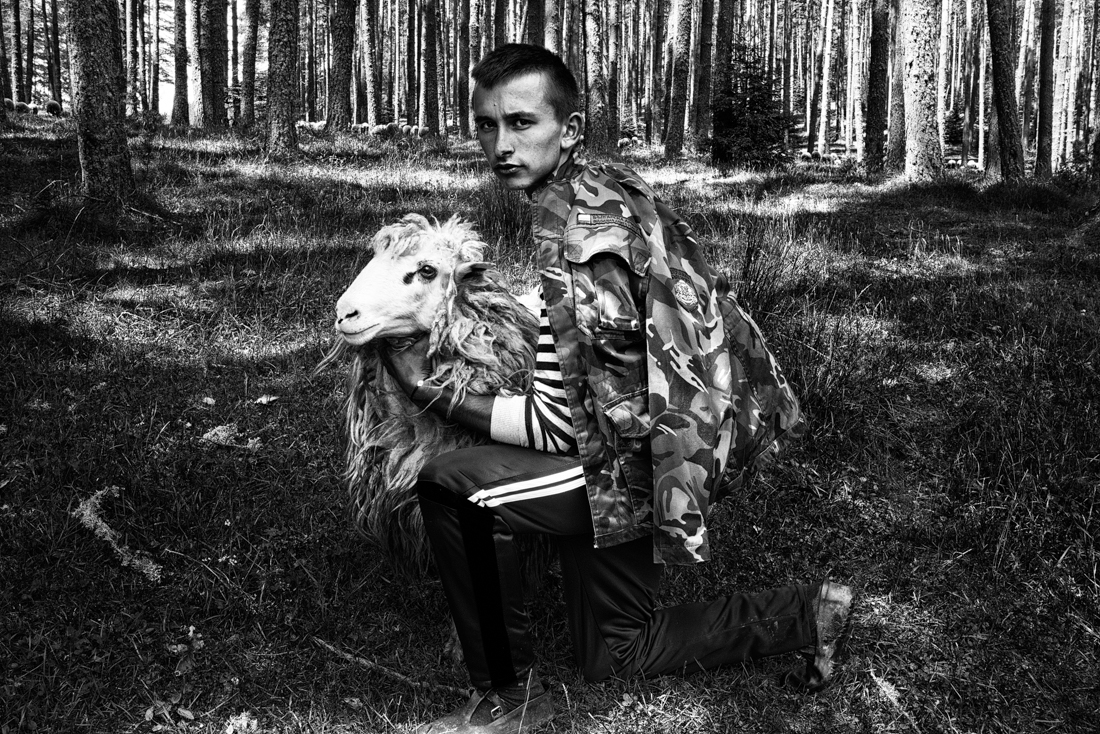 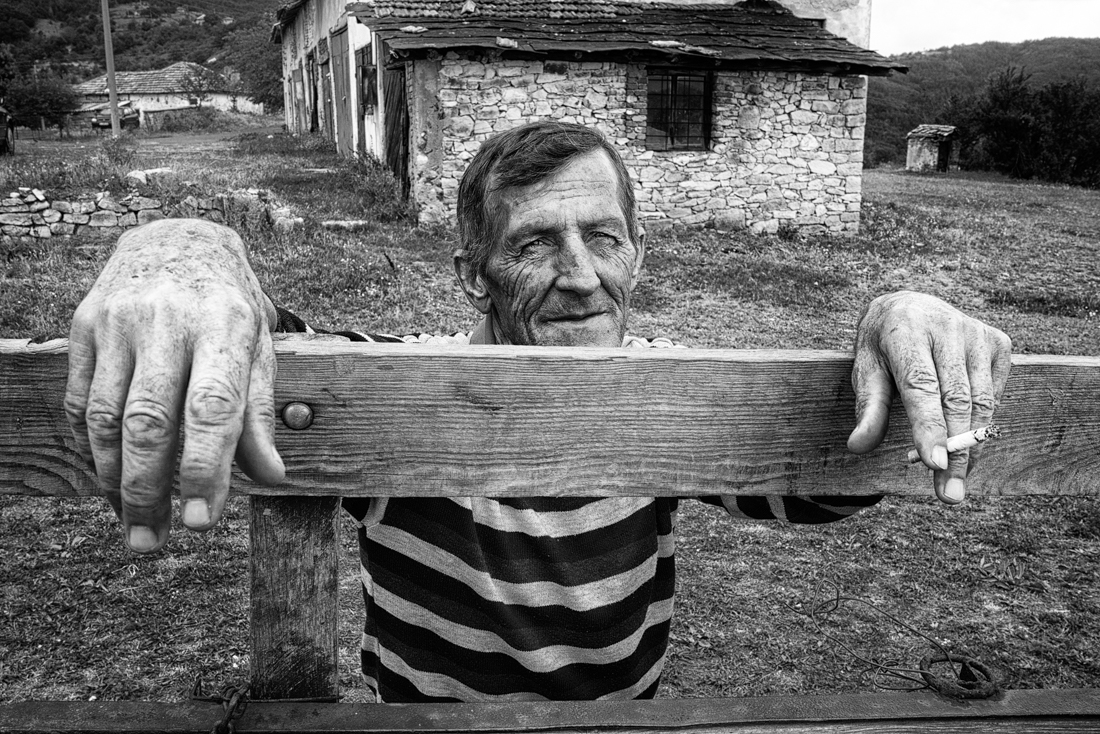 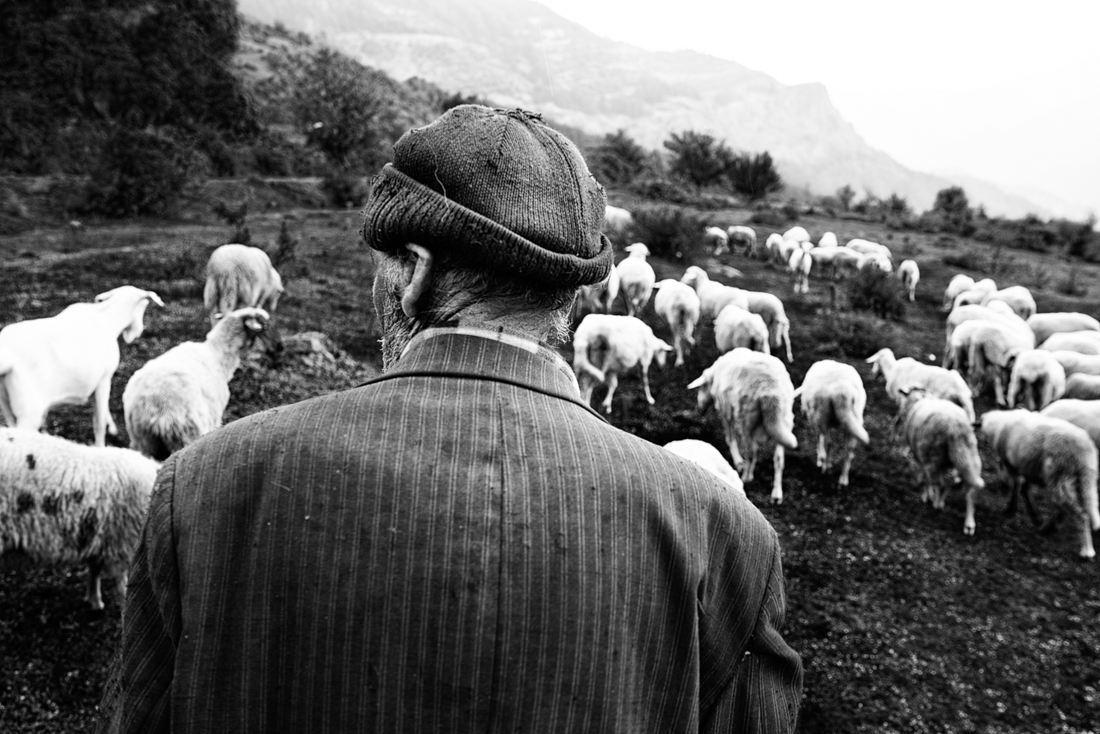 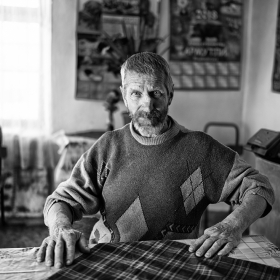 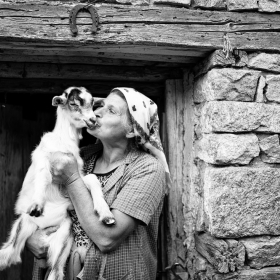 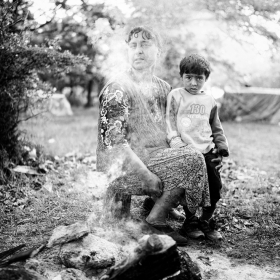 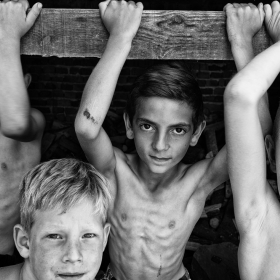 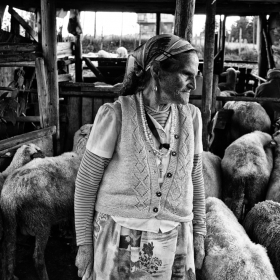 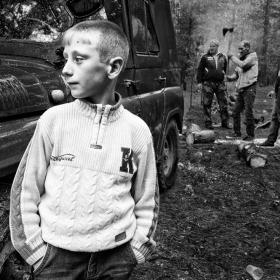 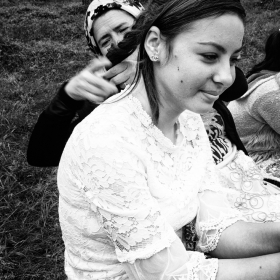 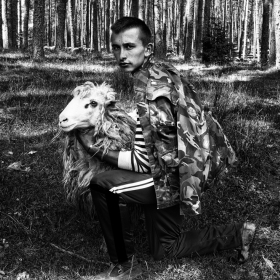 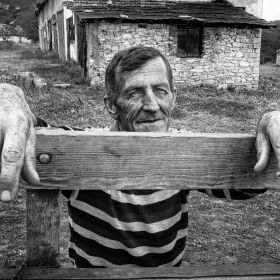 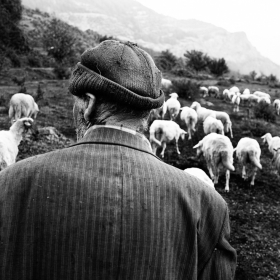 Valery Poshtarov
The Last Man Standing in the Rhodope Mountains
Share
Support this photographer - share this work on Facebook.
The Rhodope Mountains spread over 18 000 sq. km. area with deep gorges, vast hills of greenery and rugged peaks. With their serene glory, the mountains proudly reign over the Thracian valley on the North and the South. Battered by inclement northern winds and caressed by the southern breezes from the Aegean Sea, this once home of myths and heroes, of Orpheus and Bacchae, saw for centuries on little towns, lively villages and hamlets of just 3-4 km distance one from another, nestled on the opposite mountain slopes, playing the role of stronghold of trade and tradition.

Today, the Mountains are depopulated, over 95% of their territory. Young people born here have long emigrated, the schools are closed and most of the villages are ghost dwellings with dilapidated empty houses exposed only to forgetfulness and the mercy of Gods.

The few remained denizens are extremely happy to welcome every chance visitor like a family member.

Braving the solitude and the elements; the last man standing in the Rhodope is a proud epitome of the human race.

The people I shot with my camera in the Rhodope mountains bravely face their daily lives. They don’t wear gloves. Their hands have many blisters, their sinews and veins map the hardships of their lives. The roads taken and the roads they trod and willfully endured. The roads they loved, the roads to Love.

It was a beautiful and starry night. I was by the Arda river bank, far from the sheltering tourist destinations and just below the hard-to-reach rocks somewhere between the villages of Bryagovets and Madjarovo. Exhausted from all day drive through rugged paths and abandoned ghost villages. Settlements with only sparse remnants of what life once was. Oblivion was reign supreme here. The old paths now covered by wild bushes and trees. Sometimes, it was only a lone shepherd in the far distance herding his stock to the peaks from where he could see if a human soul dared to tread in the wild or if some strayed driver needed urgent help. But only empty houses with broken windows in the villages kept their restless wake like speechless guardians of forgotten past. Day and night. Long silent was the echo of cries and laughter in these mountains.

And in that starry night, I had a dream. A janissary was riding towards me. His gory eyes were like a lightning in the dark. I wasn’t scared. Just like a little kid, I said to him “Come to me, I am not afraid. And let me take a picture of you!” At that moment crowds of people started walking towards me. Free of fears and beguile. They just wanted simple life. Life recorded by my camera. A sweet illusion I could conjure with my camera. A life supreme.

Then I triggered it.

About author:
V. P. was born in Bulgaria in 1986. He studied painting at the National School of Arts in Varna. In 2005 he moved to Paris where he graduated Plastic Arts from the Sorbonne. This period is related to his vivid interest in the genre of the classical French humanist photography from the middle of the last century. Exhibitions of works from this time were presented in Paris, Berlin, Frankfurt, Sofia and more. He is an author of more than 30 exhibitions around Europe. The art of Valery Poshtarov is part of major collections of different official institutions in the world: Presidency of the Republic of France, the French embassy in Ireland, Bulgarian Cultural Centre in Paris, Evgenii Evtushenko Museum in Moscow and others.

Valery is also a fine art expert and gallerist, founder of the first online art gallery in East Europe.