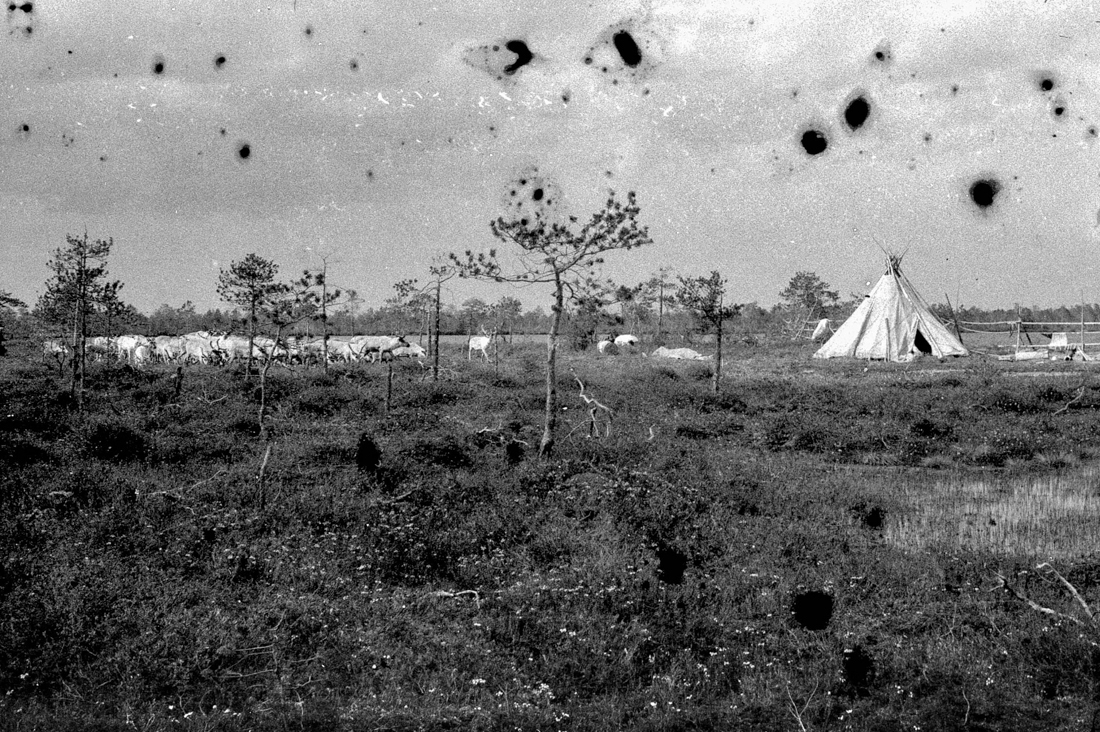 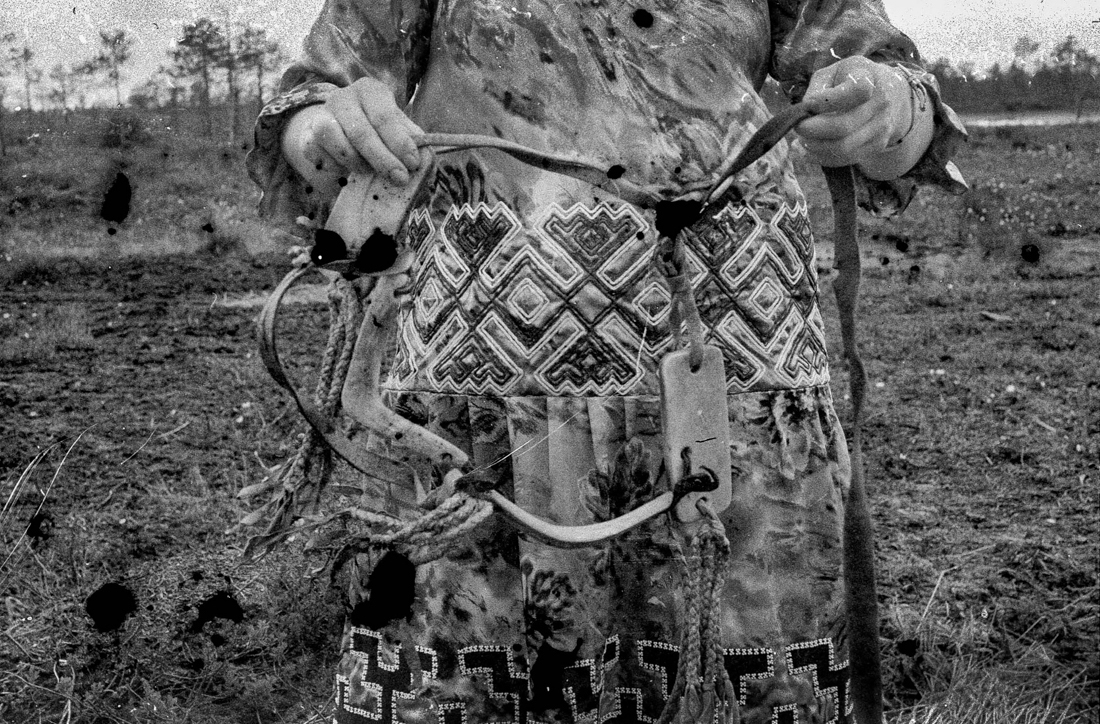 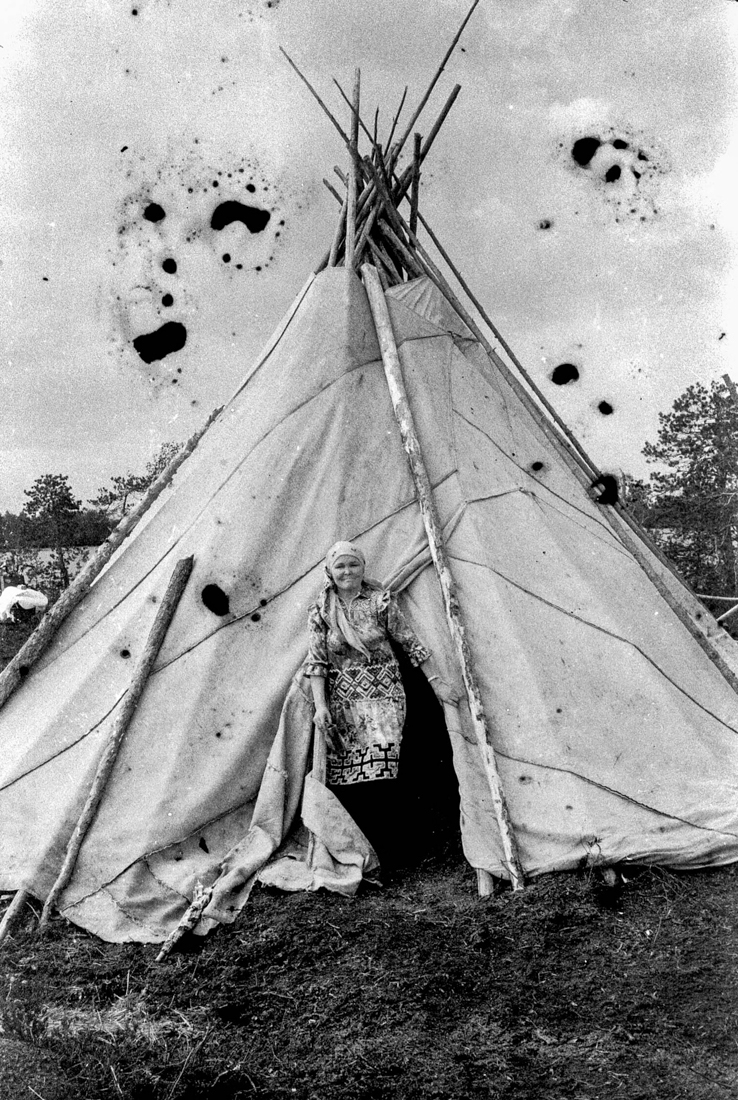 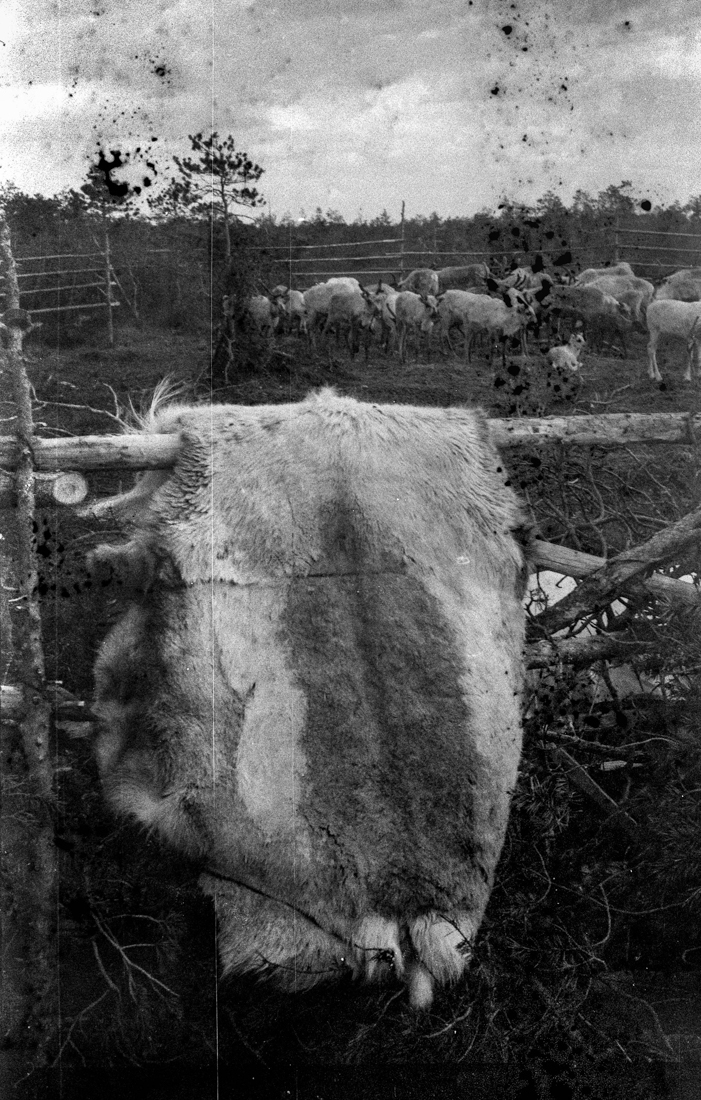 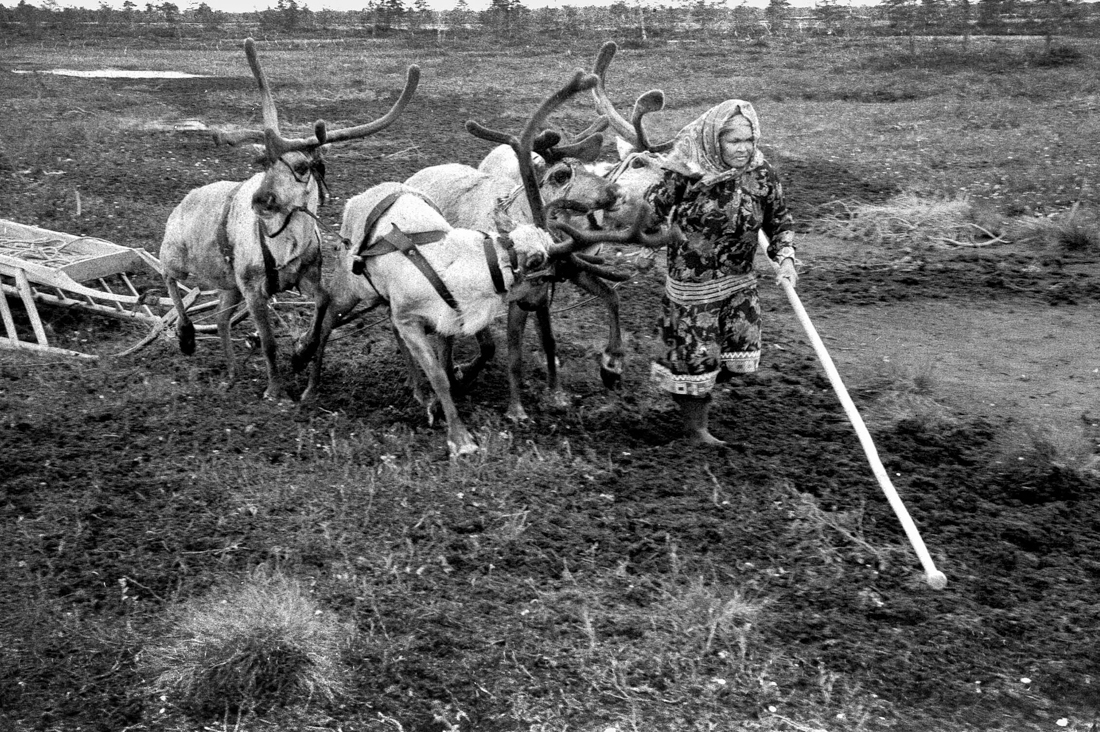 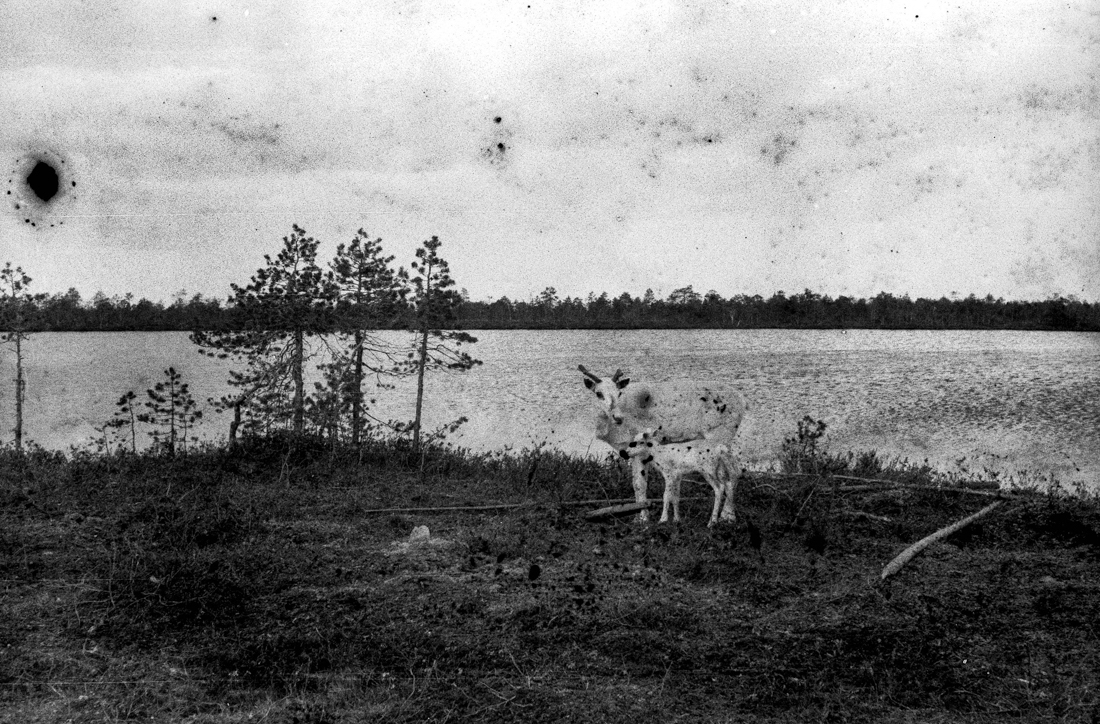 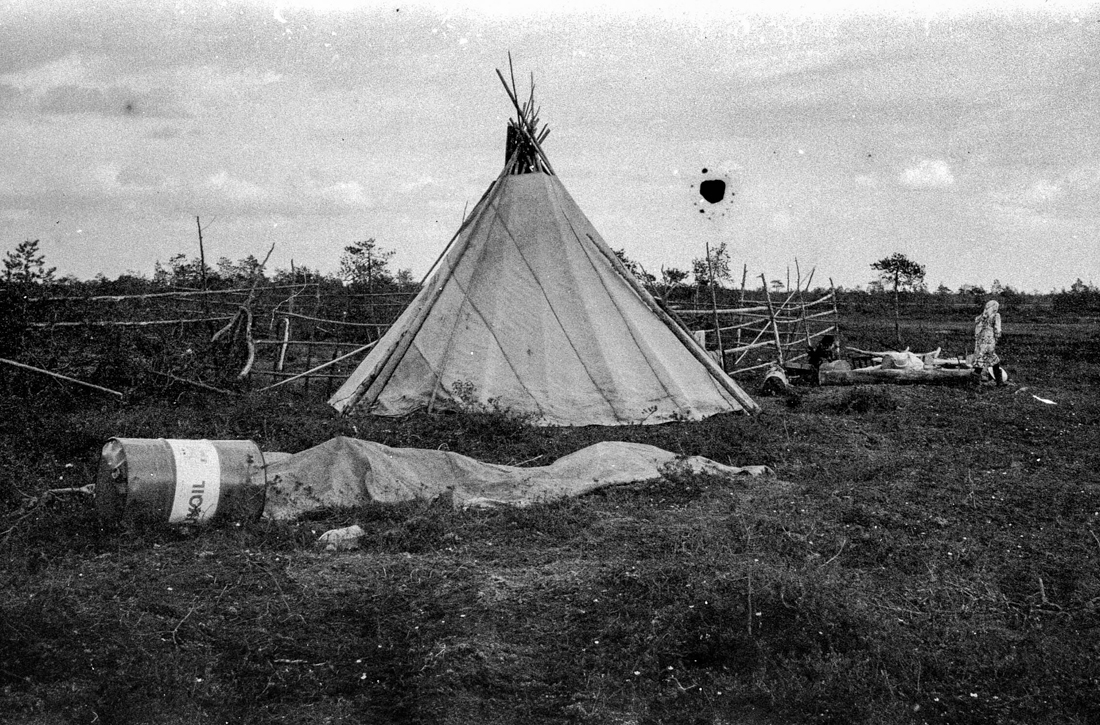 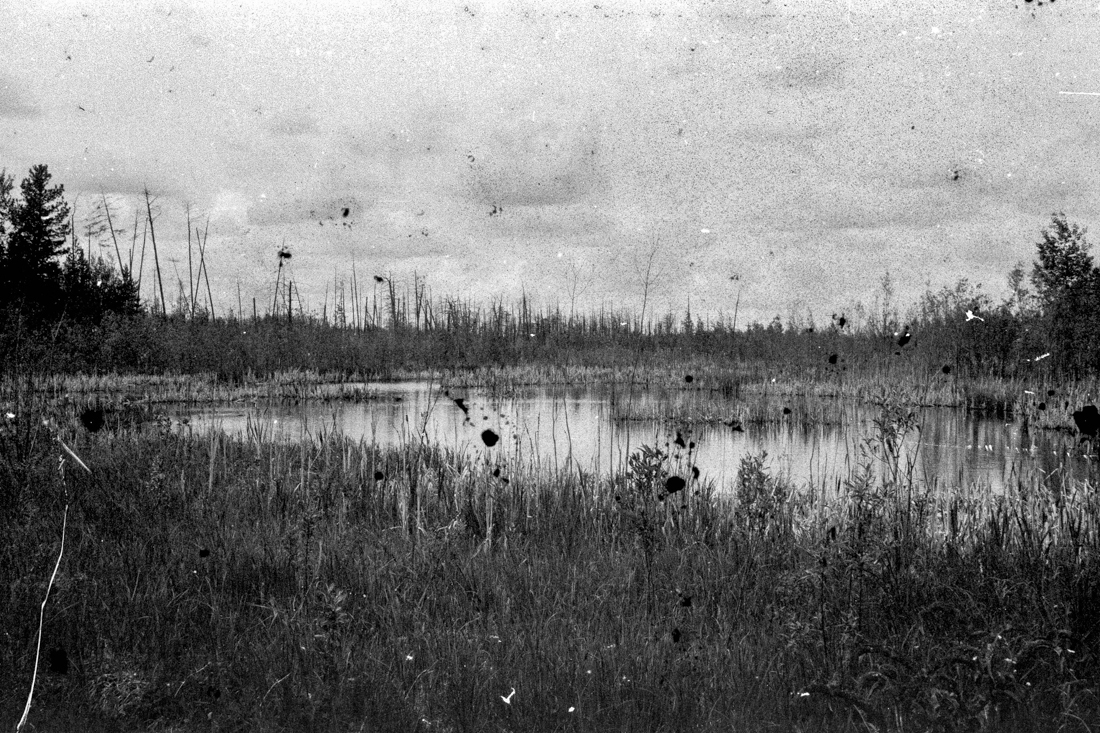 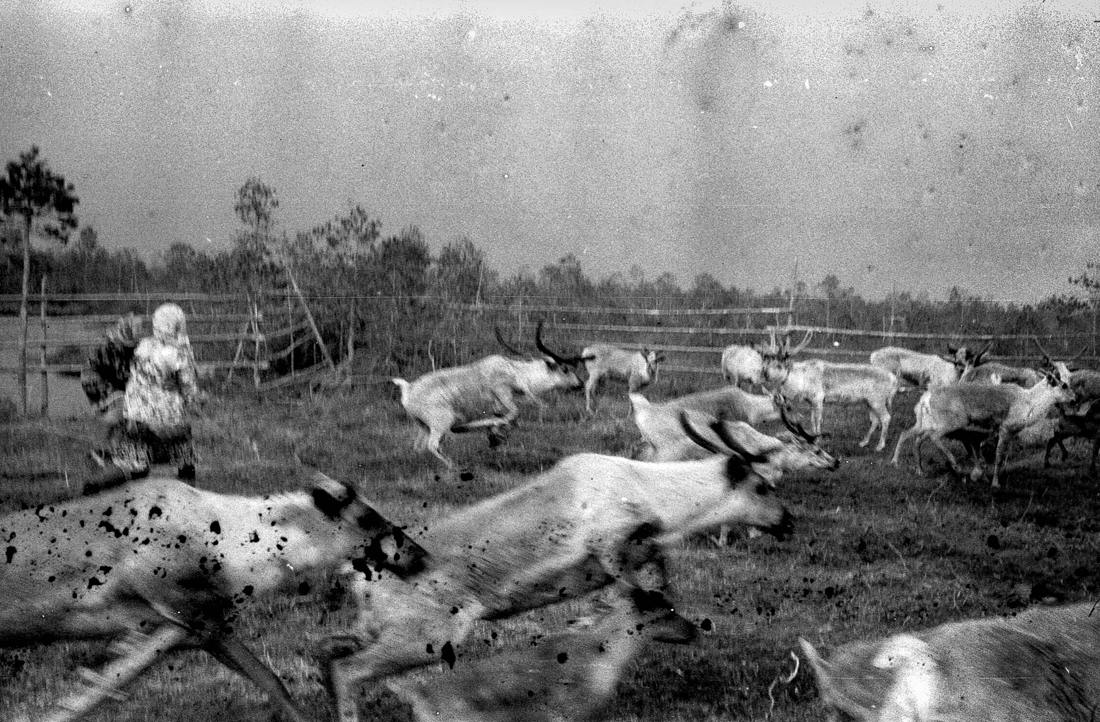 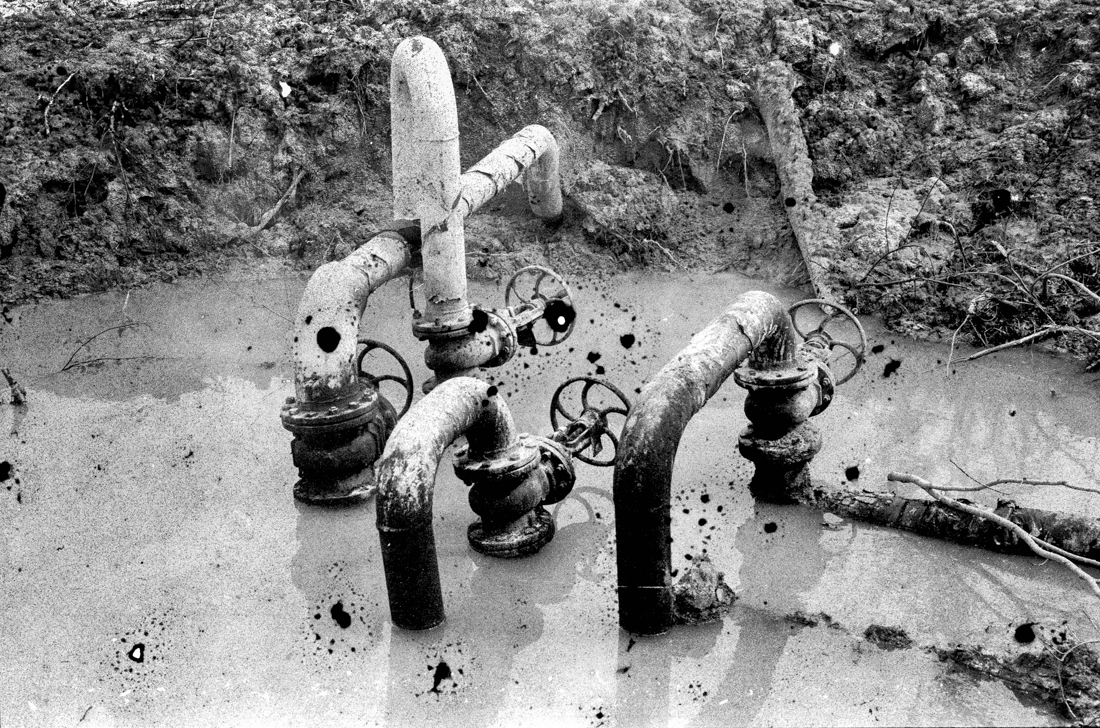 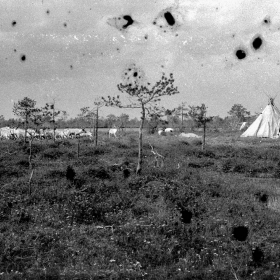 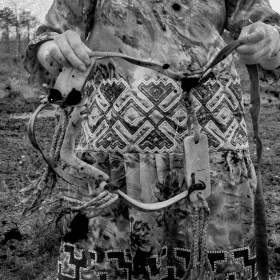 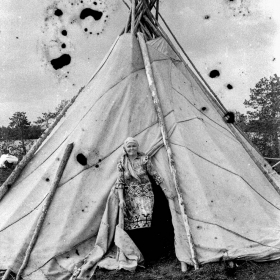 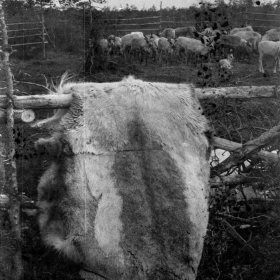 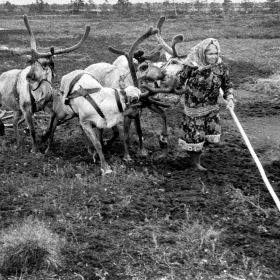 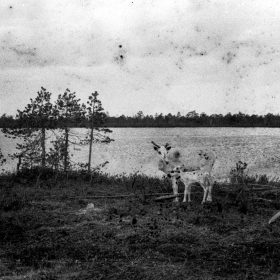 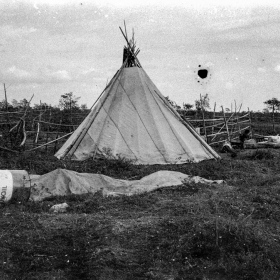 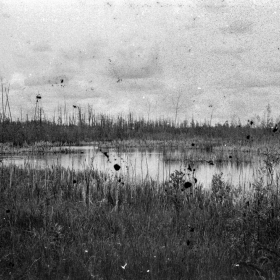 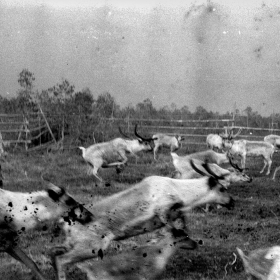 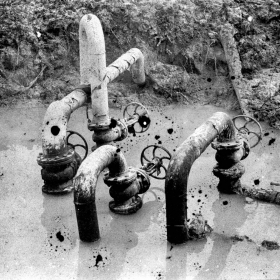 Igor Tereshkov
Stopoilspills
Share
Support this photographer - share this work on Facebook.
Not far from Surgut (Khanty-Mansiysk, Russia) in Russkinskaya village, lives Antonina Tevlina, her mother and father still live a indigenous way of life.
Nomadize and grazing reindeers in their ancestral territory of about 600 hectares, they faced a new problem, about 3 years ago oil producers came to their land again.
In addition to pollution associated with oil production, the companies mount a checkpoints on all roads leading to the oil wells, now only close relatives on the lists can get to the territory of the ancestral lands.
In order to visit Svetlana Stanislavovna Tevlina, you have to to walk three kilometers through the swamps, bypassing the checkpoints, about an hour by car on internal roads wich not marked on maps and around 10 kilometers afoot along marshes and swamps.
In consequence of the oil spillage three years ago, the number of the reindeers herd was reduced to three times.
Pollution of water and lakes, destruction of the ecosystem, all this leads to a reduction of the number of the reindeers.
"The Yagel is like a bread for a deer, and if something happens it took around 30 years to restore" - says Antonina Tevlina .


In Russia, one of the serious ecology problem is the pollution of the environment by oil and oil products.
About 50% of oil in Russia is produced in Khanty Mansiysk Autonomous Okrug (KhMAO), licensed areas often coincide with the places of residence of Indigenous Peoples.
Local oil workers joke about KhMAO, that this is one large licensed area for oil production.

According to official data of the Ministry of Natural Resources of the Russian Federation, as a result of accidents and transportation of oil, about 1.5 million tons of oil are poured out annually to the environment in Russian Federation, this figure is approximately twice the volume of the spill in the Gulf of Mexico in 2010.
The main reason for the oil spillage in Russia is rusty oil pipelines with expired lifetime.

Due to the oil spills in the oil-producing regions such as KhMAO, not only the environment is harmed, there is infringement on the Rights of Indigenous Peoples of Far North, for which the nomadic lifestyle and reindeer grazing is traditional, and for many, the only way of life.

The series was filmed on a 35mm black/white film, before develop, the film being soaked in oil-containing liquid which was taken from the shoot place. For all its "organic" and “naturalness” origin, oil destroys the gelatinous “flesh” of the film, invading the depicted world, burning and fragmenting it .

About author:
Moscow based photographer, born in Energodar (USSR, Ukraine) in 1989.
Working in documentary and post-documentary photography mediums, experimenting with different photo process and alternative film developing. Researching themes of ecology, environment and indigenous people.
Recipient of CENTER Grant in 2019, shortlisted at Lucie Foundation scholarship in 2019, been nominated to Photogrvphy Grant in 2018.
Study documentary photography and photojournalism, at School of Modern Photography Docdocdoc in Saint-Petersburg, since 2018 study on course “Experiences of Contemporary Photography”.