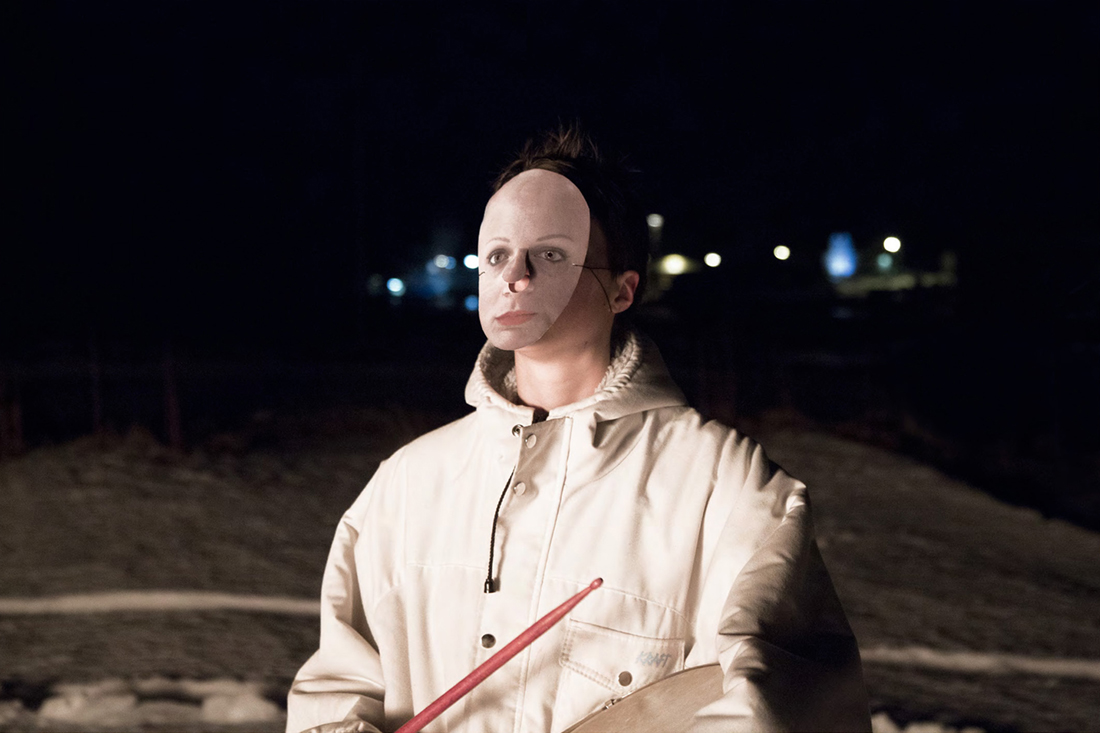 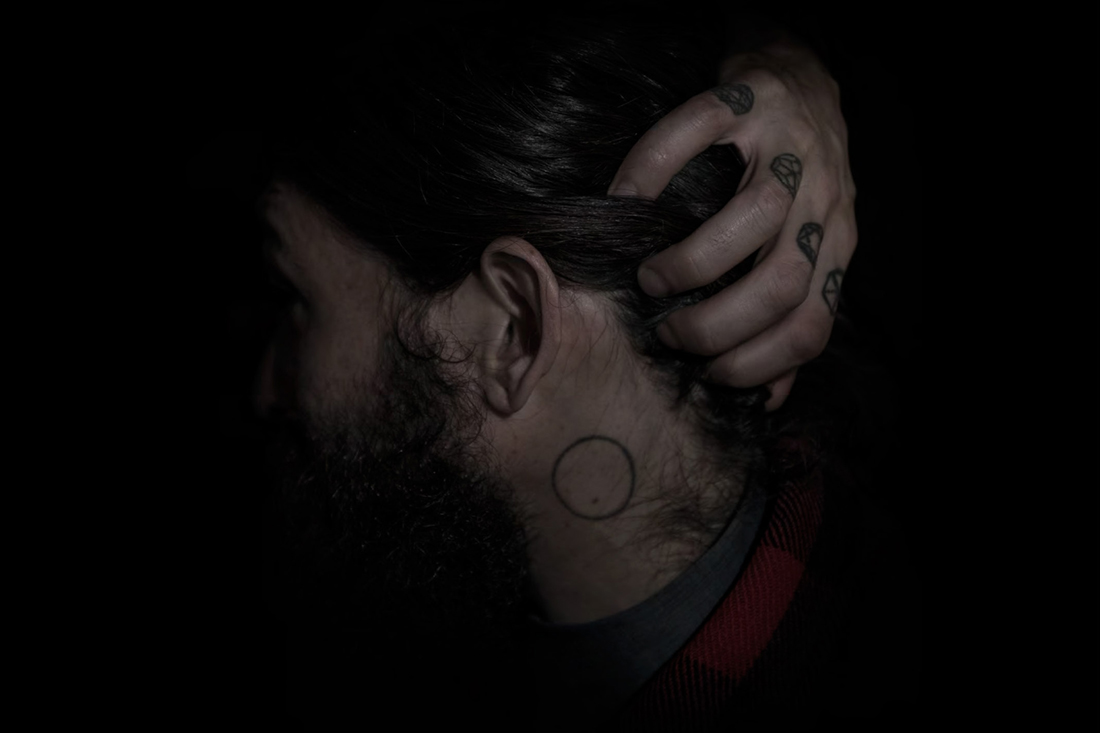 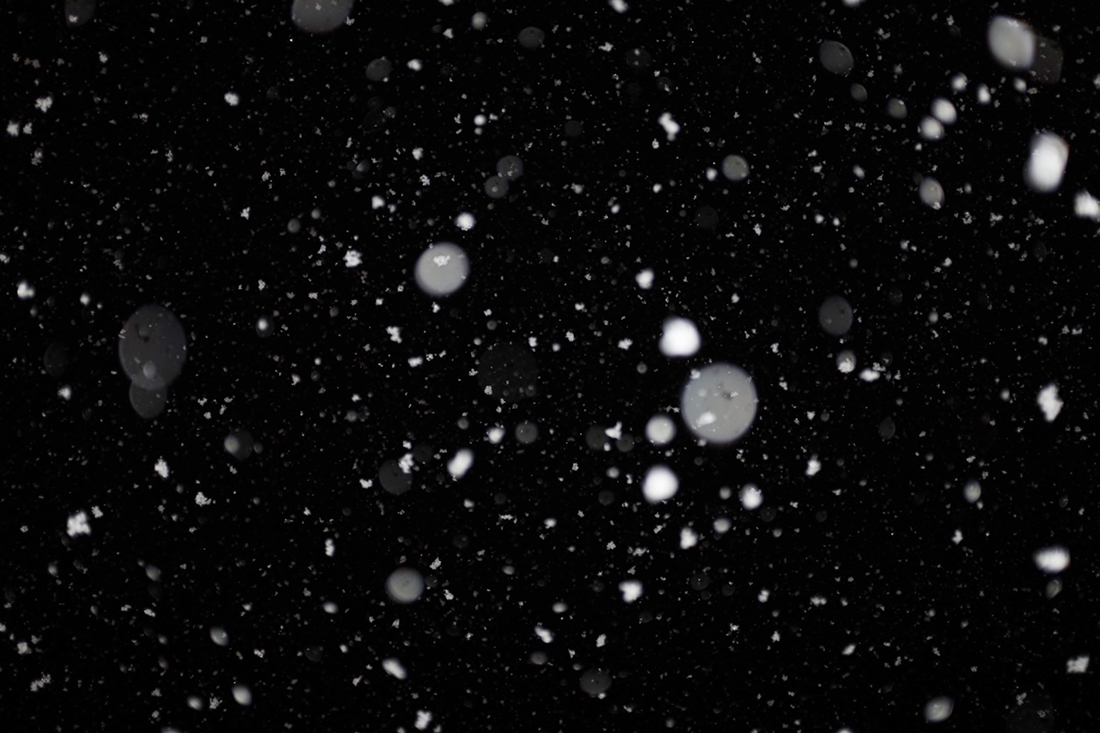 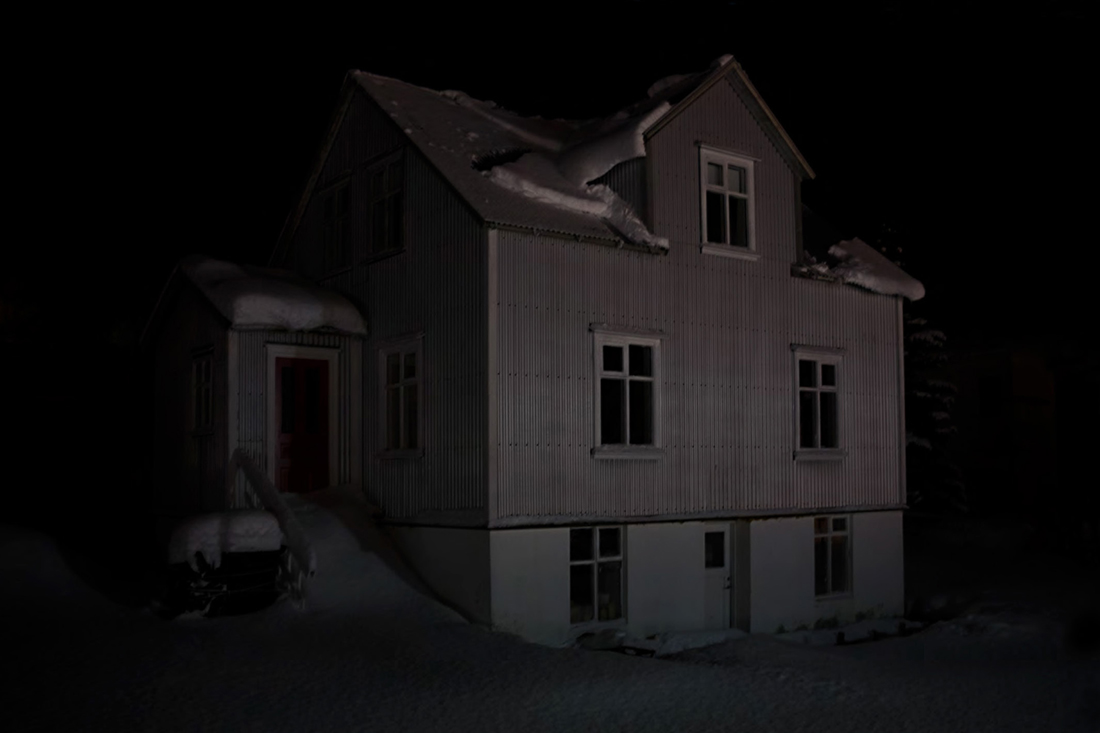 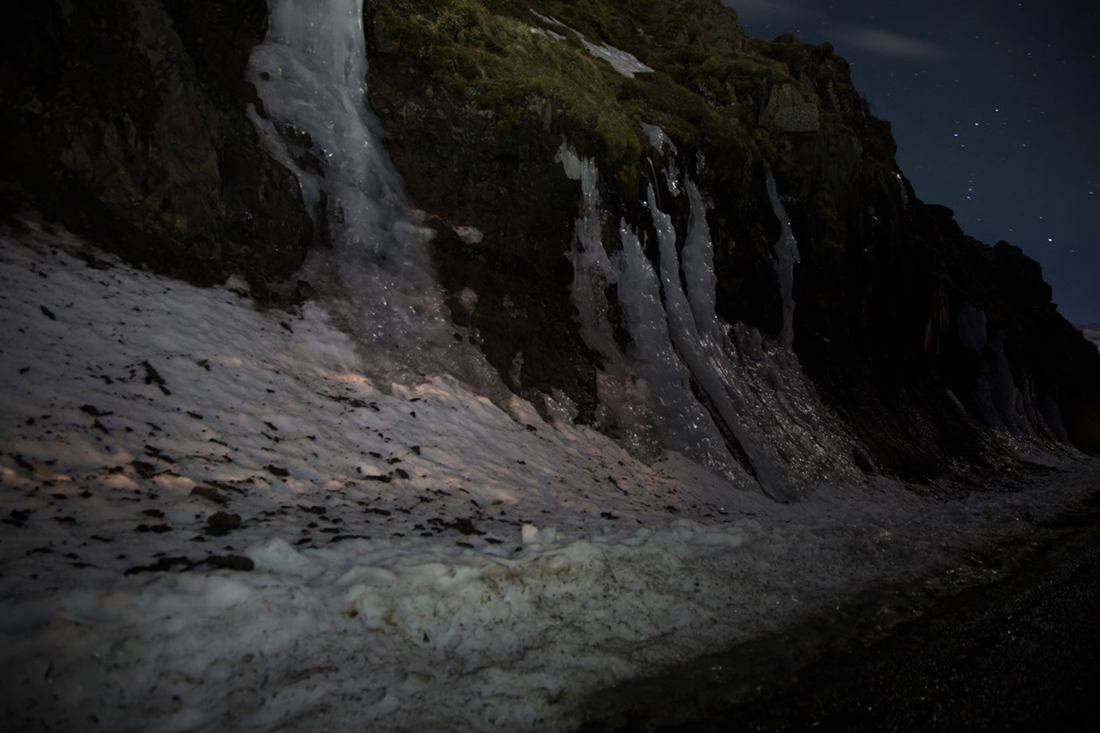 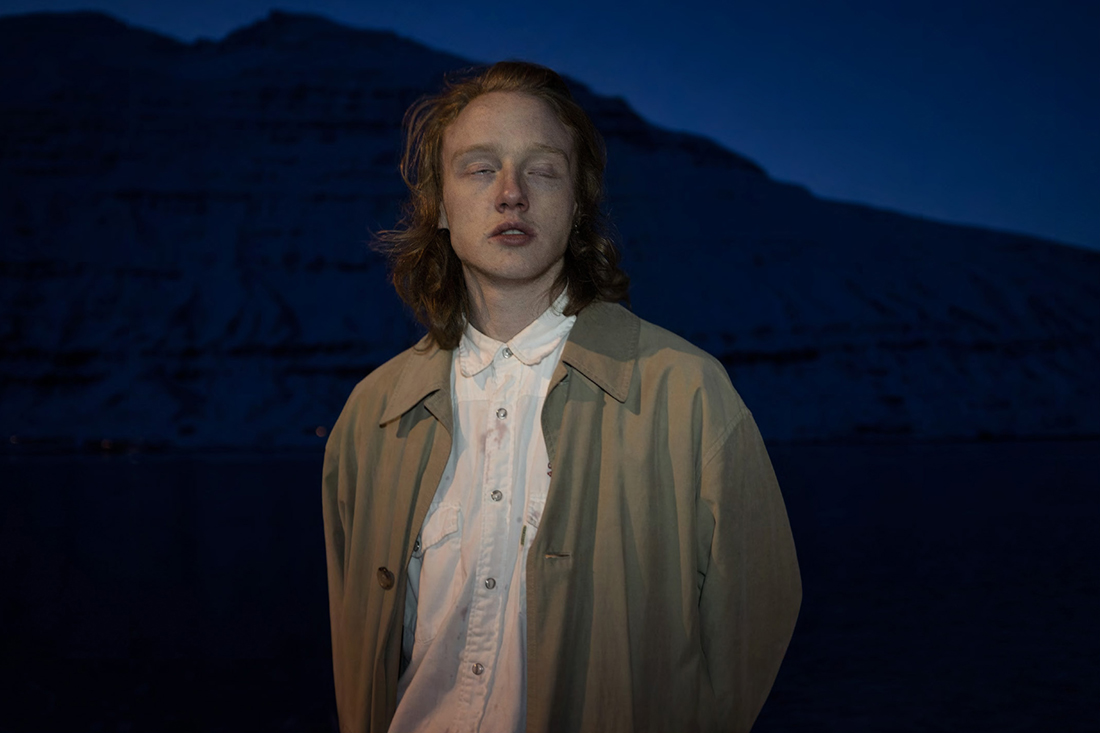 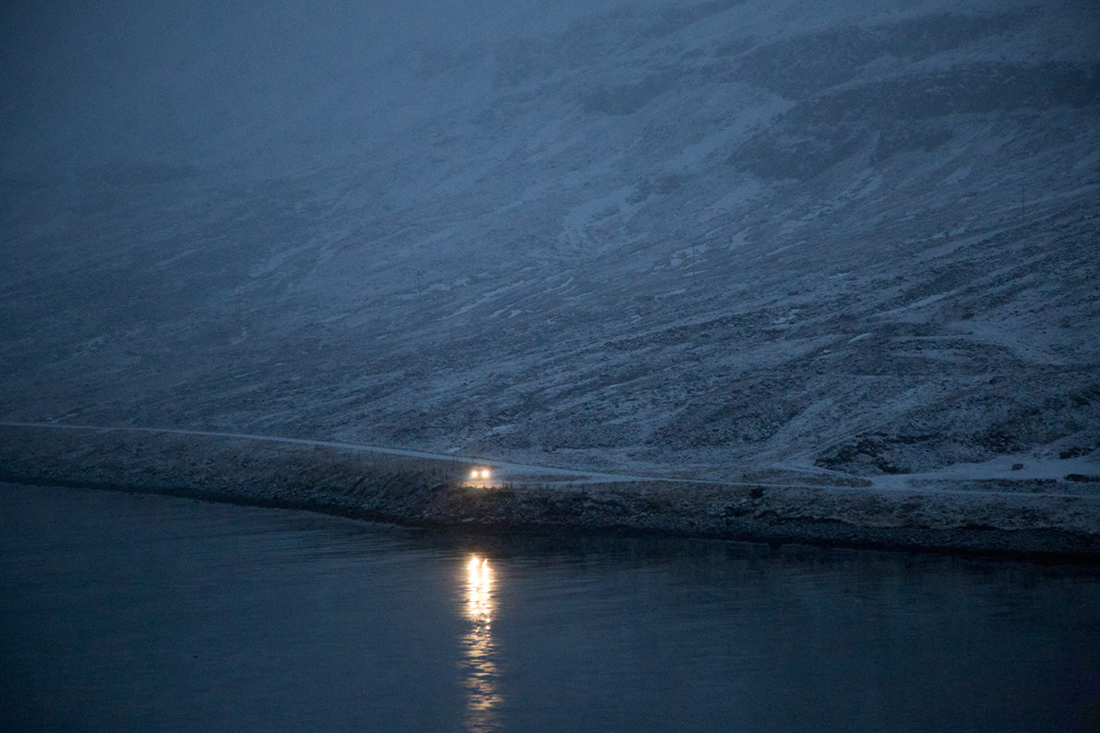 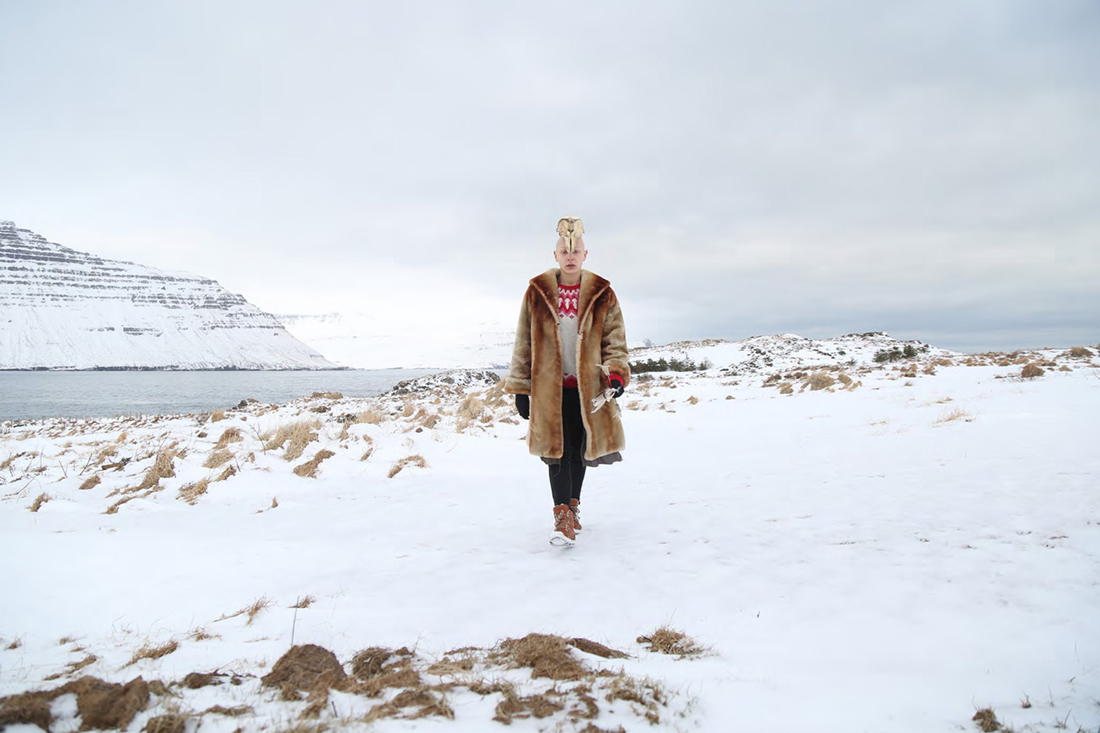 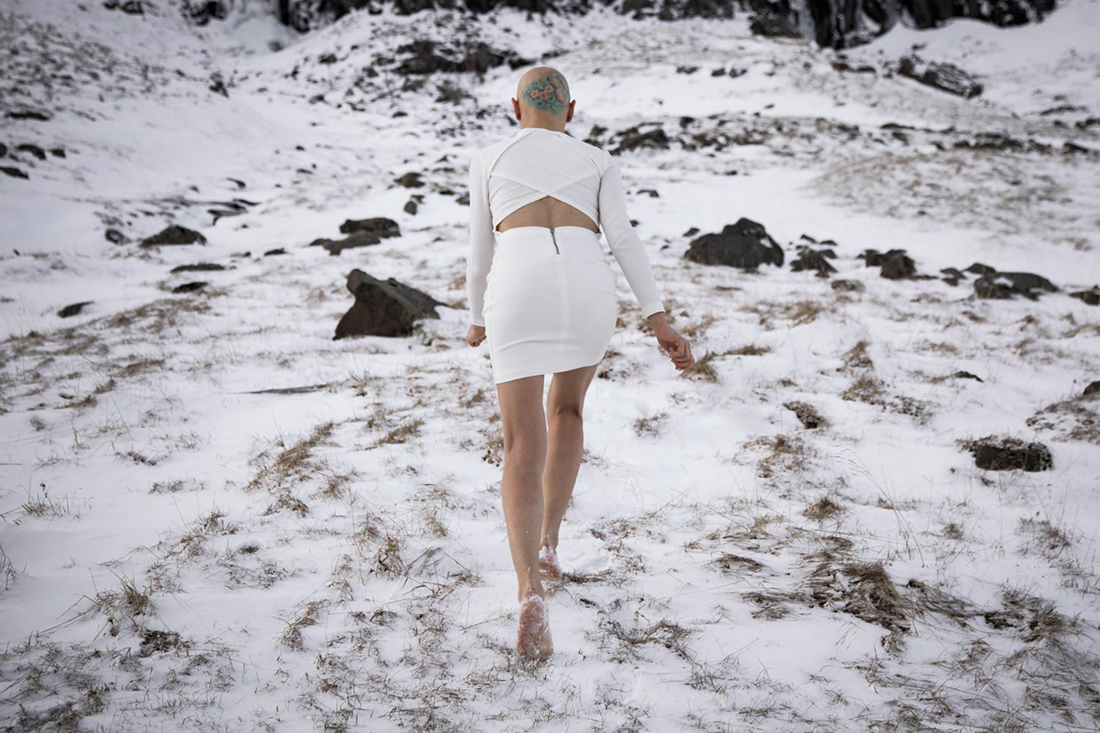 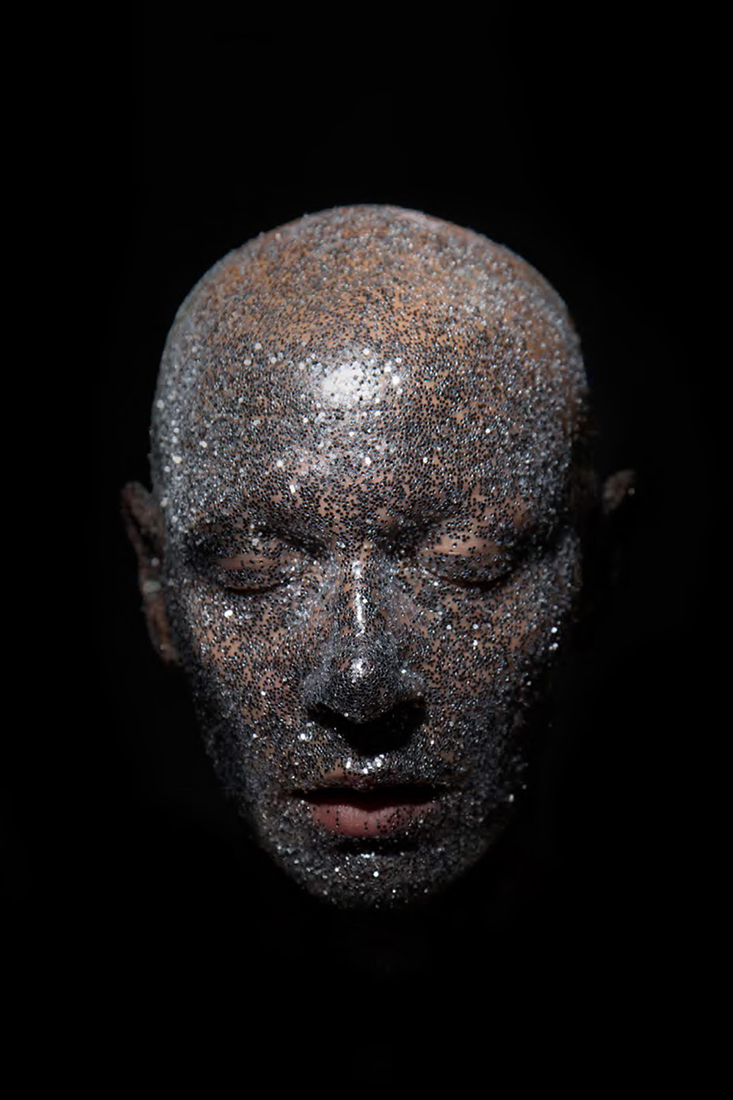 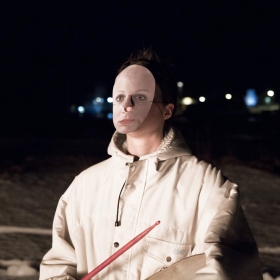 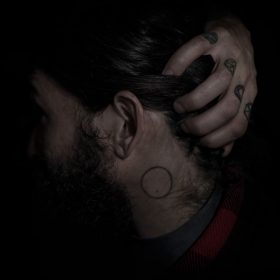 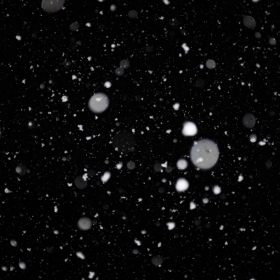 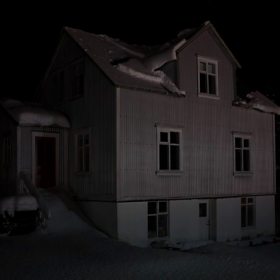 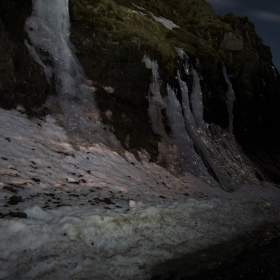 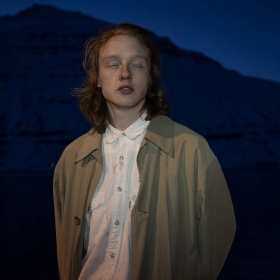 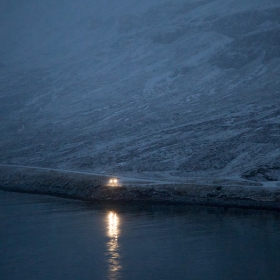 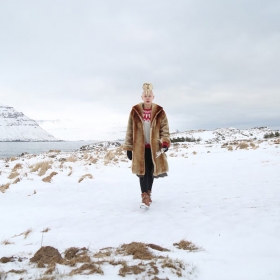 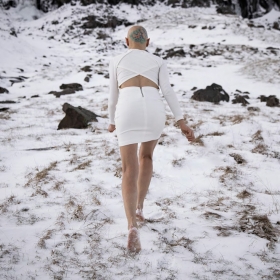 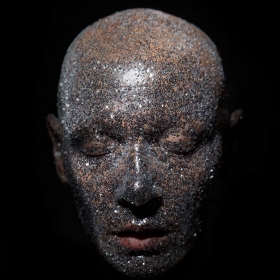 Marie Mons
Aurore Colbert
Share
Support this photographer - share this work on Facebook.
Marie Mons spent three winter months in a small village in the eastern fjords of Iceland, where she became Aurore. She embodied her character allowing surprise to play a large part, evoking the winter, its polar nights and the rhythm that it induces through a great shamanic ritual resembling a monodrama. For this mysterious fairytale to become real, the inhabitants of Seyðisfjörður became the actors in this experimental theatre, reflecting her invented or real mental projections.


p.
Seyðisfjörður is a small fisherman’s village in the eastern fjords of Iceland. Surrounded by the mountains on three sides, it is said to be mystical, as it is deprived of direct sunlight during five winter months.

Tuesday,  26 January 2016
Yesterday I drew the Devil card during a tarot session arranged by Gwen le Pigeon,
during a specific session concerning my past. I interpreted it as a rebirth, a form of liberation from my life in Paris. I was inspired by a discussion I had with Sigurður Gunnarsson — which means victory son of a gun — at the Viking festival Þorrablót last Saturday. He spoke about the divine, trying to define the principal driving force behind artistic creativity. Therefore, I decided to accept this and listen to the divine message of the cards. I would not mention my past.
My story begins upon my arrival in Iceland by boat and I was reborn in the North Sea under the name of Aurore.

About author:
Marie Mons (b. 1984, Paris) is a visual artist based between Paris and Brussels. She graduated from the École Supérieure d’Arts Graphiques Penninghen. Experimenting with formal techniques as well as personality and the physical body, Marie Mons produces extremely versatile photographs that are both liberating yet well-constructed. She experiments with landscapes with sensitivity and rigour: capturing geographical landscapes along with her physical presence, this is one of the thematic threads that brings together her entire body of work. Mons has further experimented with her work at the following artist residencies: 2017, CACP Villa Pérochon, Niort, France; 2016, Lunga School, Iceland; 2014, The Banff Center Residency Program, Canada; 2014, Instinc Residency Program, Singapore; 2011, Arteles Residency Program, Finland. She explores by every possible means her internal world, as well as the one surrounding her, inventing a dreamlike language to tell us about it.

Member of the collective Femmes Photographes.