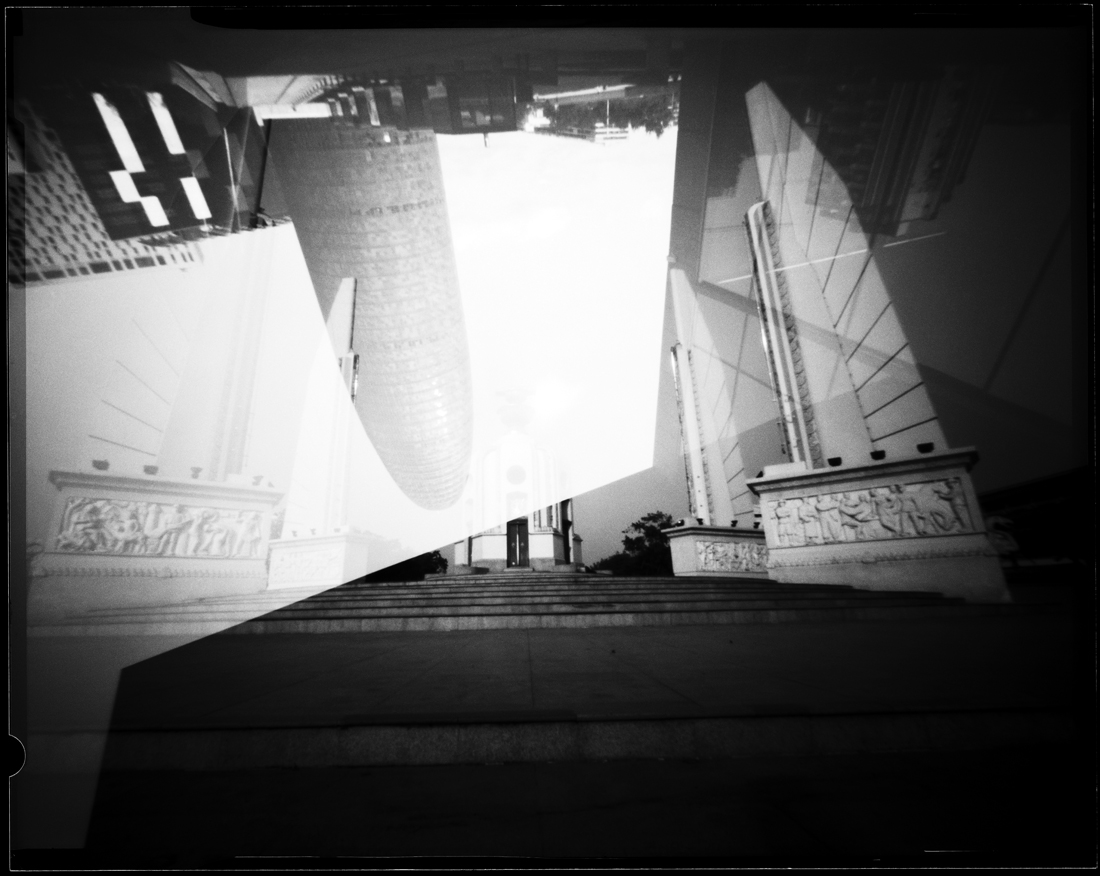 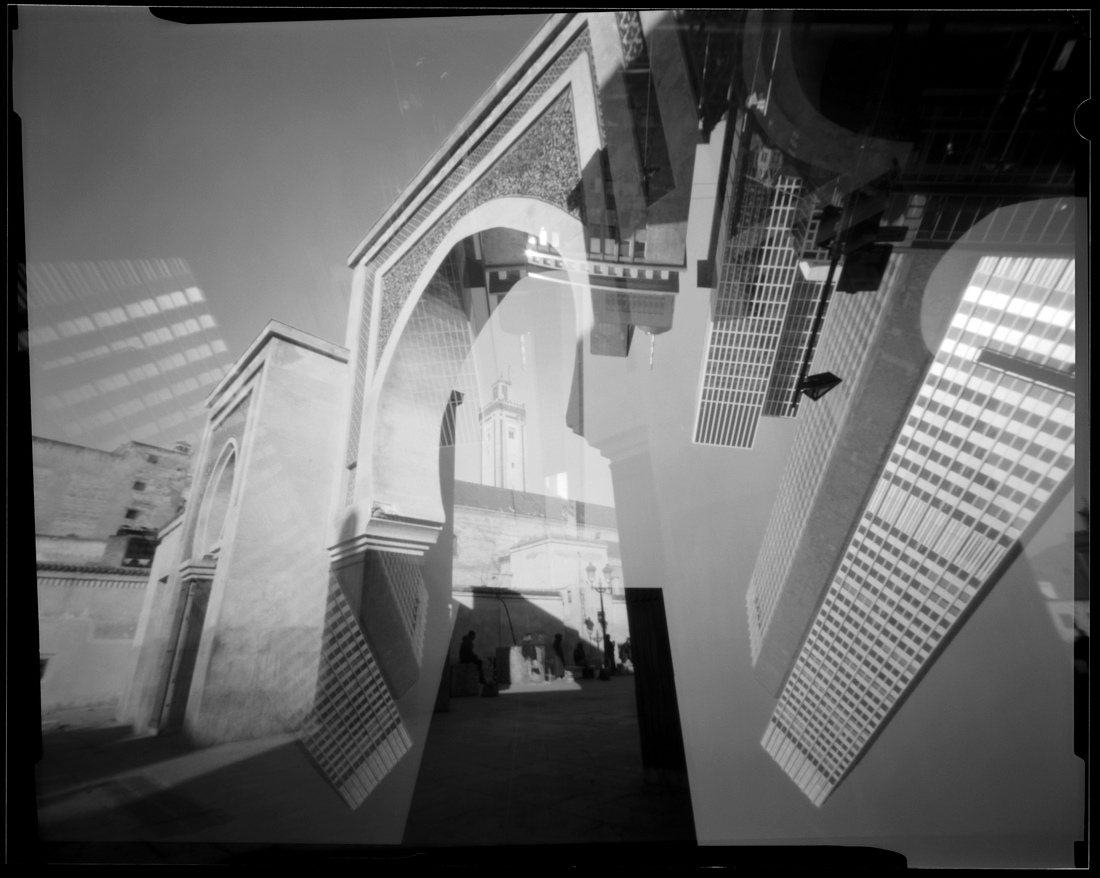 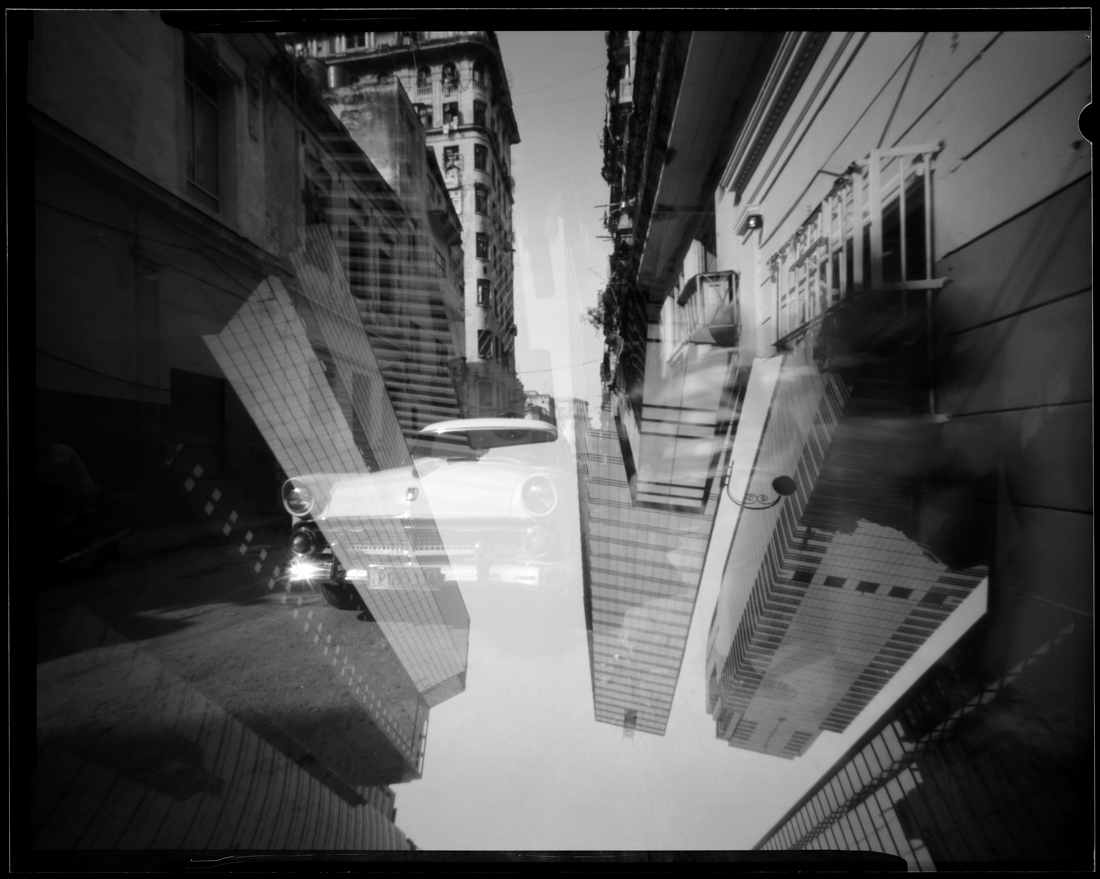 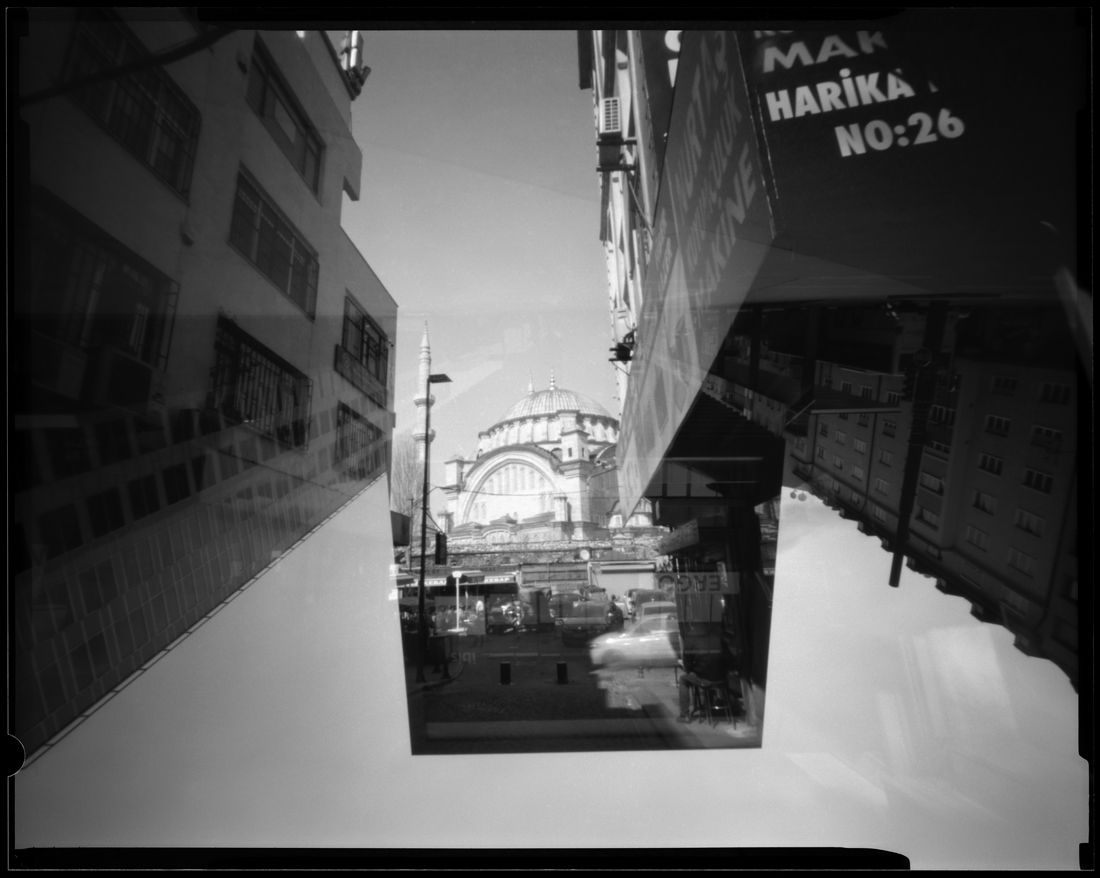 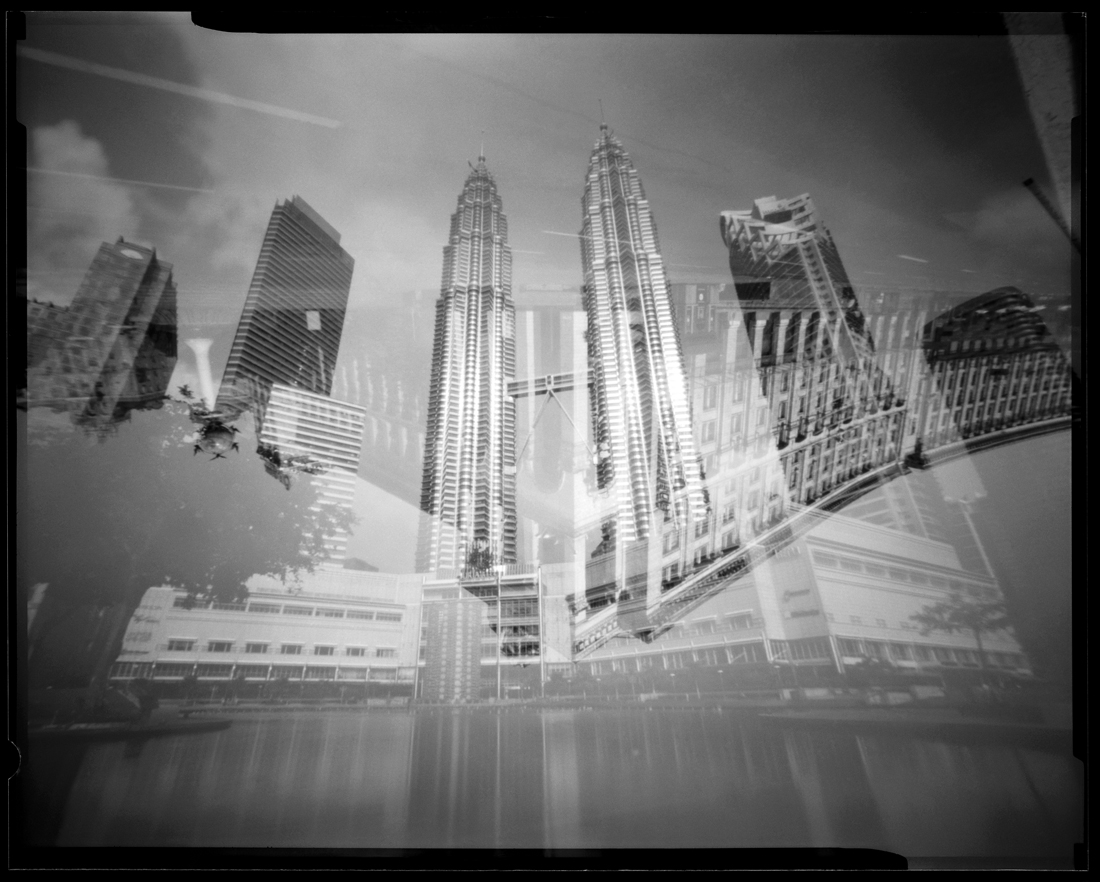 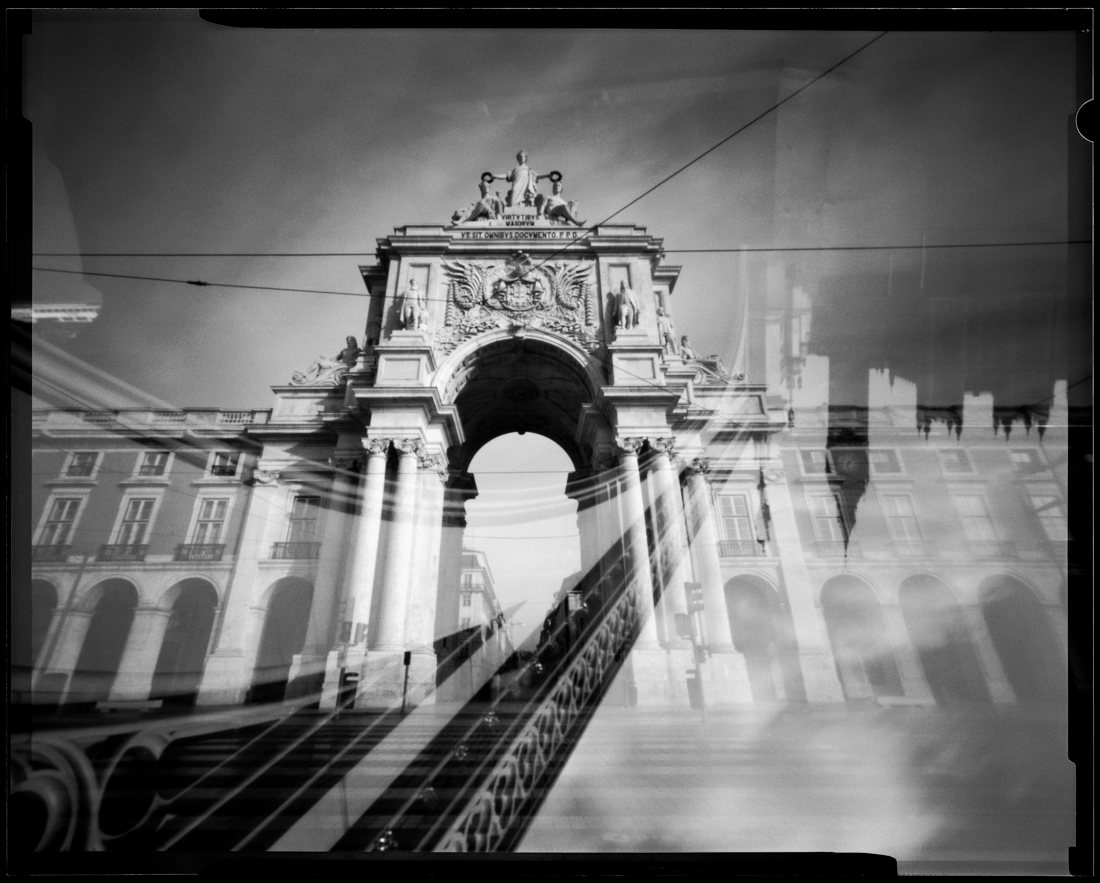 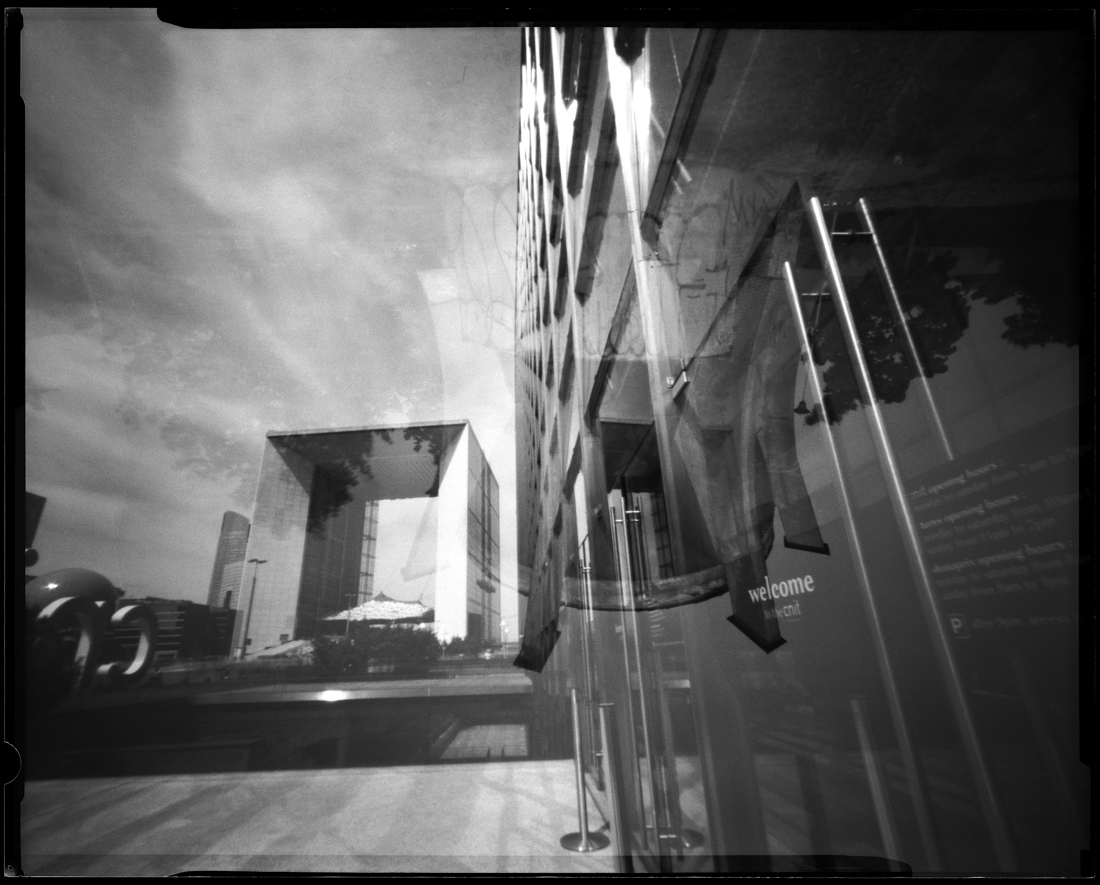 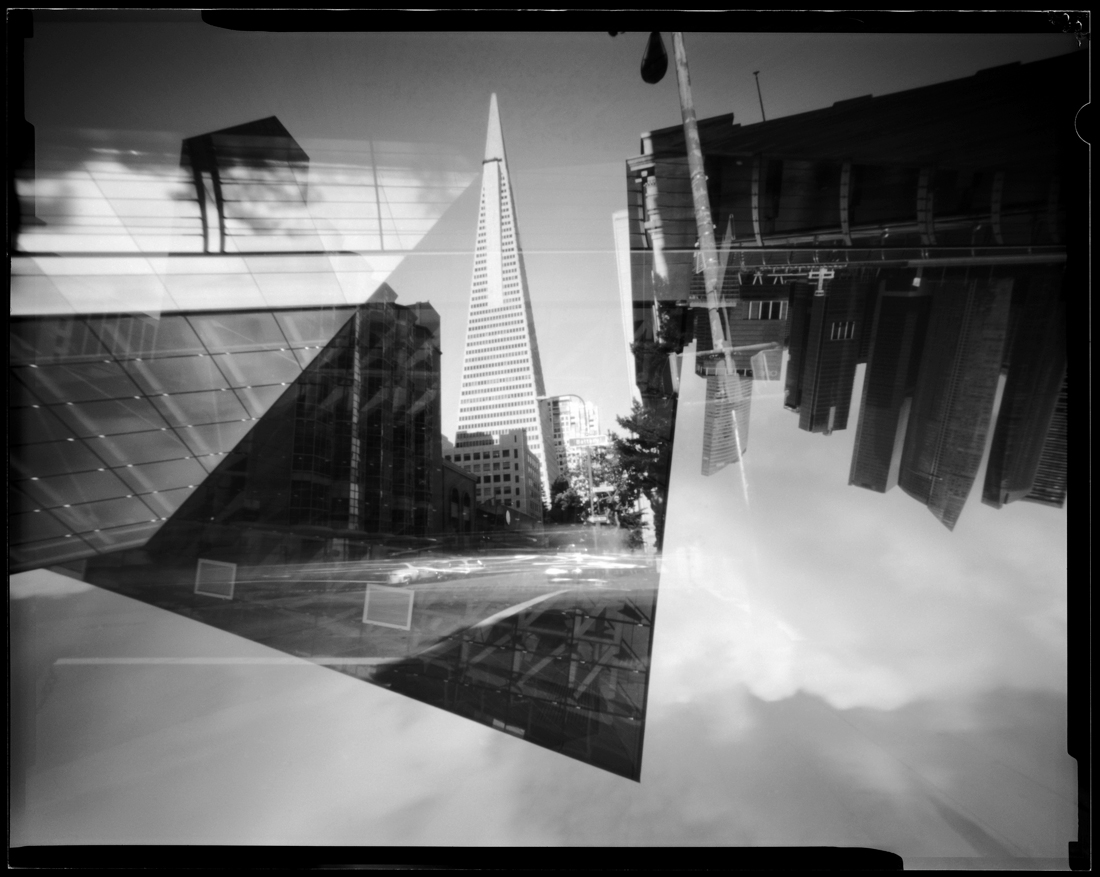 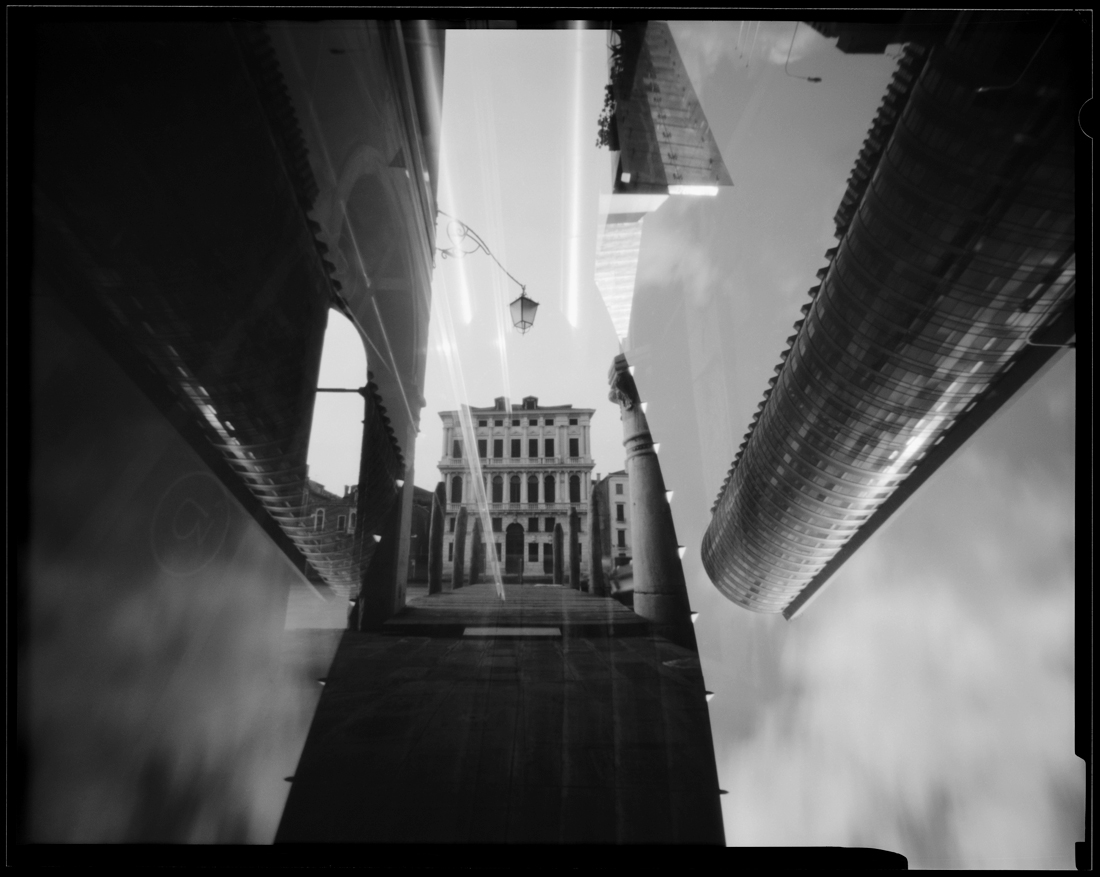 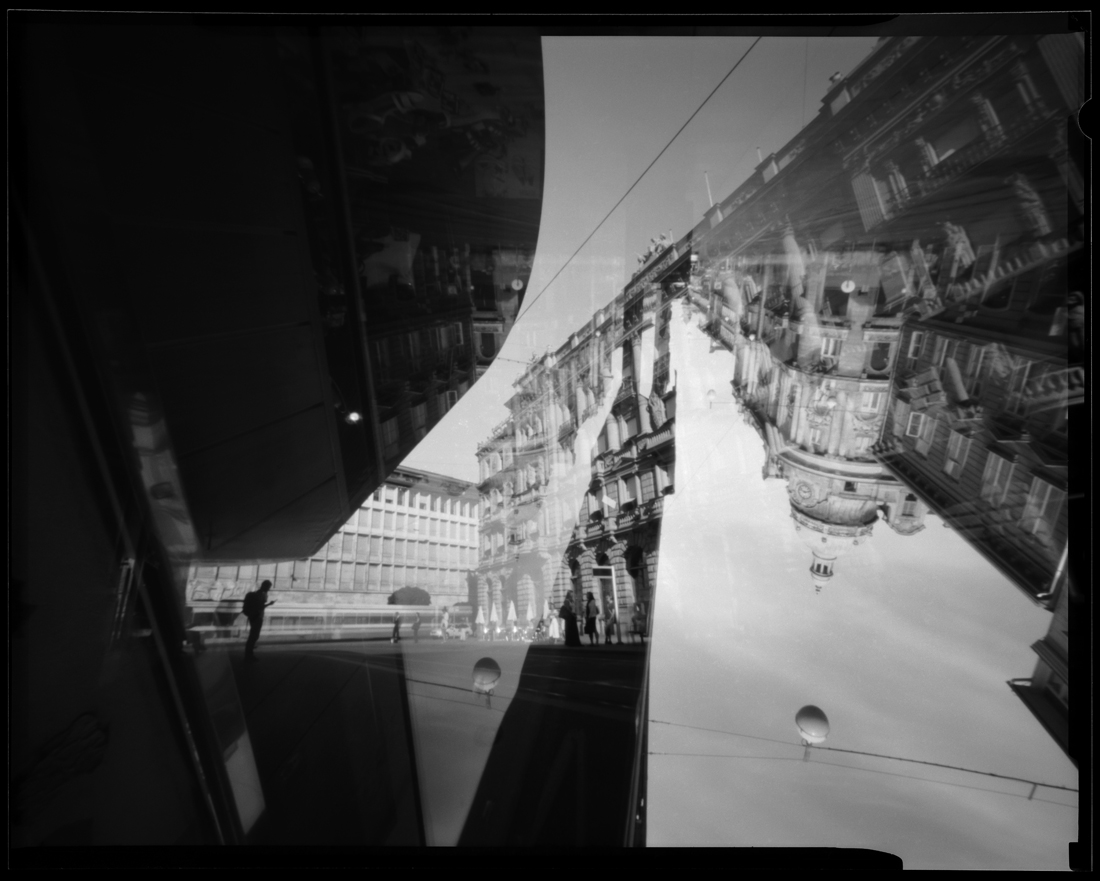 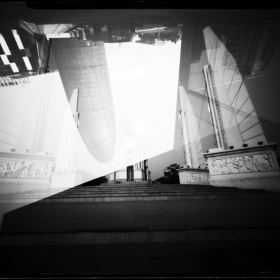 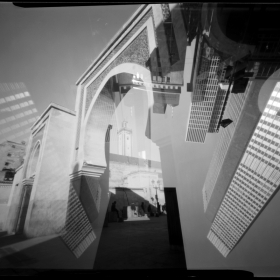 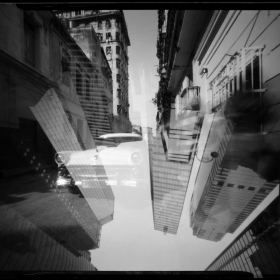 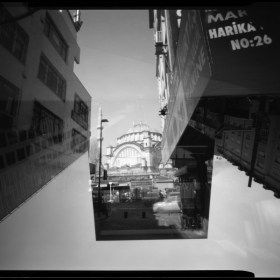 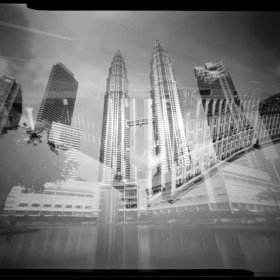 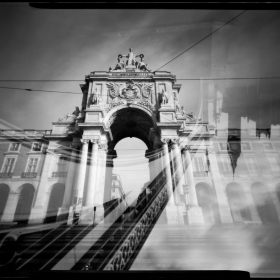 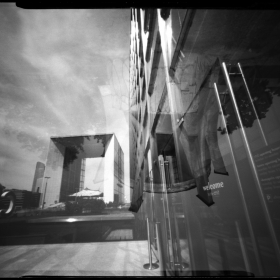 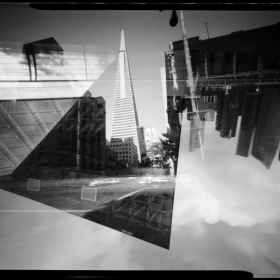 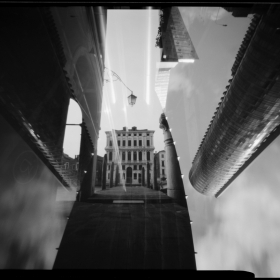 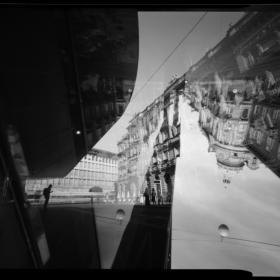 The series title is to be seen in front of the background of the different meanings of the term 'contacts'. Either in its intercultural meaning, as well as in its meaning in the photographic context.

contacts.//crossing cities isa visual melting pot of global cities.
It links pairs of cities in different countries and unites them in a unique photographic way; one part of the images is taken in one city, the other part in its corresponding. On the same sheet of film.
Every place has its very own characteristics, determined by cultural values, religion and geographical settings. Keeping this in mind, the overlaying of cities in two different countries into a series of images that contains essential parts of both places does not only mean the physical crossing of borders.
By using a technique of overturned double exposures, images are created that may be looked at from both sides. Depending on whichever side you look at, you may focus on different patterns of the image. And oversee others. The diversity of the places is shown in the same way as new ties are revealed.
New forms and structures become visible, while the specific character of the places remains. The previous known adds up and leeds to the unknown. The exposures float into each other. A kind of in between appears.
Using the alphabet as structural pattern, the cities are selected and combined on order of their first letter. This makes that the series will contain 52 cities in 52 countries. e.g. London//Lisbon, San Francisco// Singapore, Paris //Prague and so on.
By the use of a 4x5" pinhole camera, the impression of then between gets enforced. Every exposure is a rest in front of the object, whilst the light paints on the light sensitive material in its most unmanipulated way.
The work with analogue material is an essential part of this project. The optical merge of the cities happens just right in the moment, when the film gets exposed. Unmanipulated and uncorrected. On light sensitive material, that has physically been on both places.

About author:
Markus Kaesler was born in 1977, He grew up in a working class environment, where photography was not part of the daily life routine. His fascination about photography started during high school days, when he discovered traditional black and white photography and darkroom work. Since then, his passion for photography grew constantly. In his mid-twenties, after a couple of years working and studying abroad, he did an apprenticeship in photography. Trained with analogue materials he still remains an enthusiast about darkroom work and the unique qualities of classic material. Believing in something he calls visual haptic, he puts emphasis on traditional materials, as well as on reduction. Reduction on different levels; not only in the composition of his images, but also in process of creating these images. A sort of less is more leads him to use pinhole photography in modern, more and more digitalized, times. He is still fascinated by the possibilities that are offered by the involvement with basic photographic methods. Sine 2018 heis an appointed member of the DGPH, the German Photografic Society.