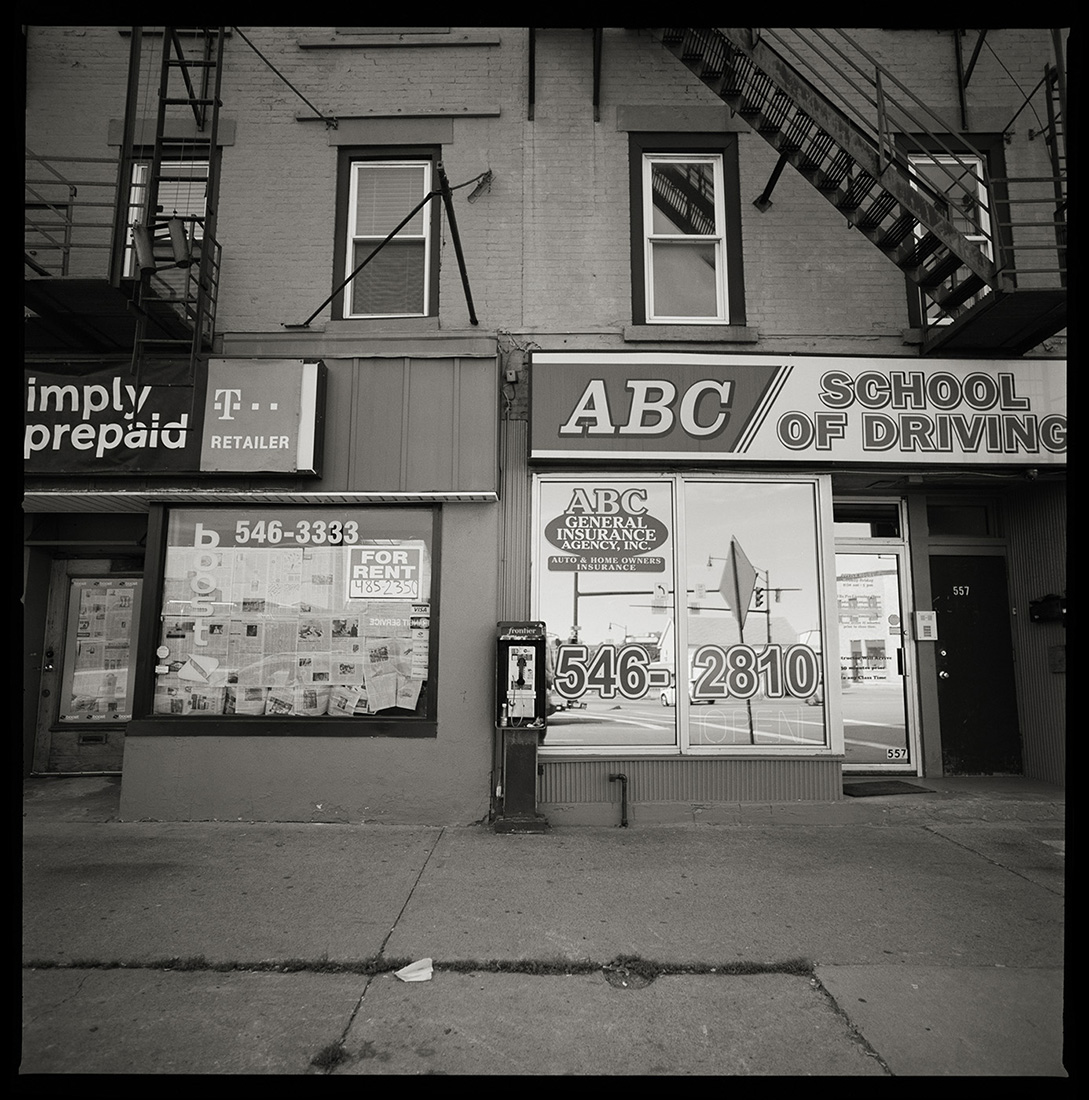 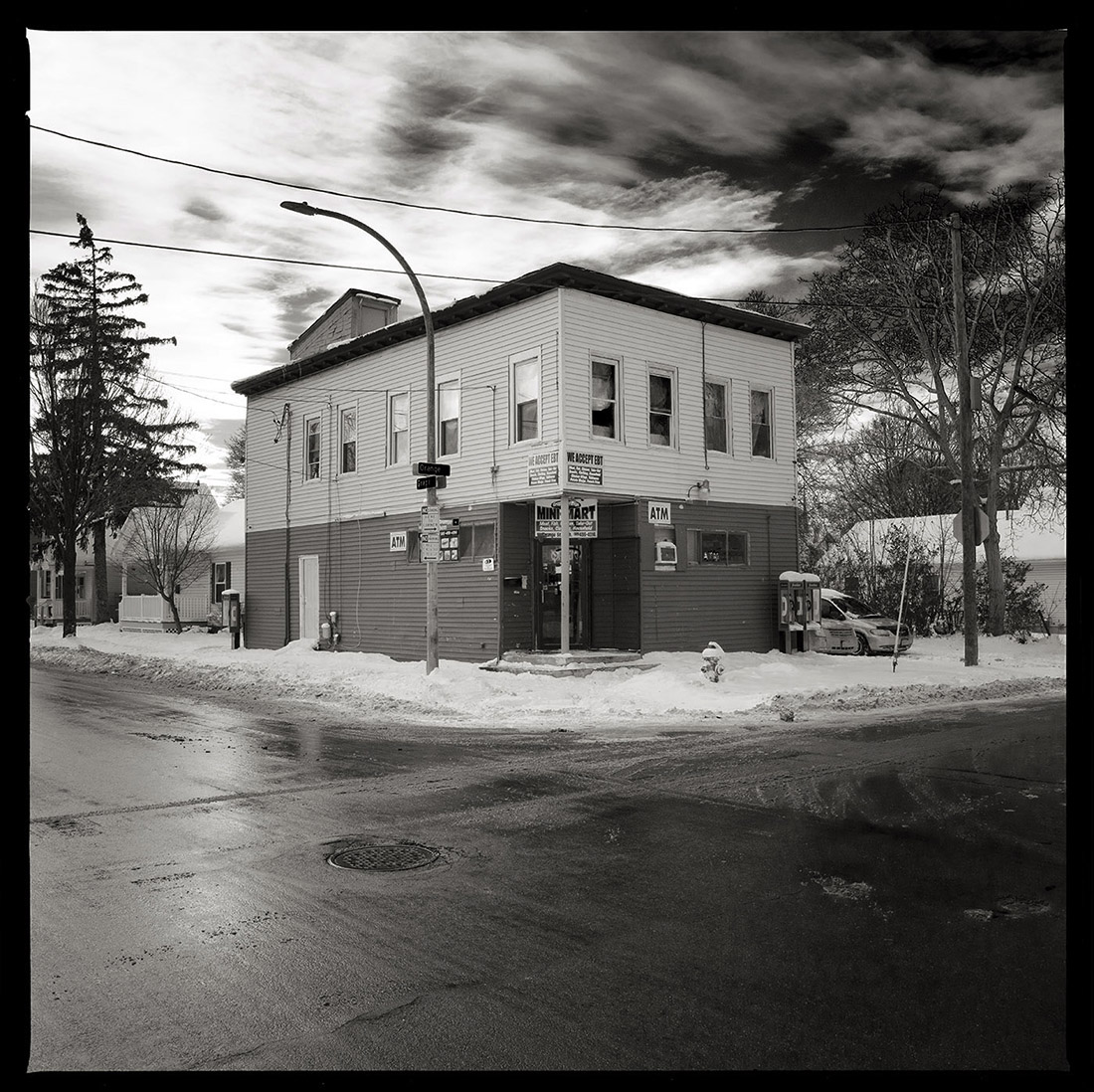 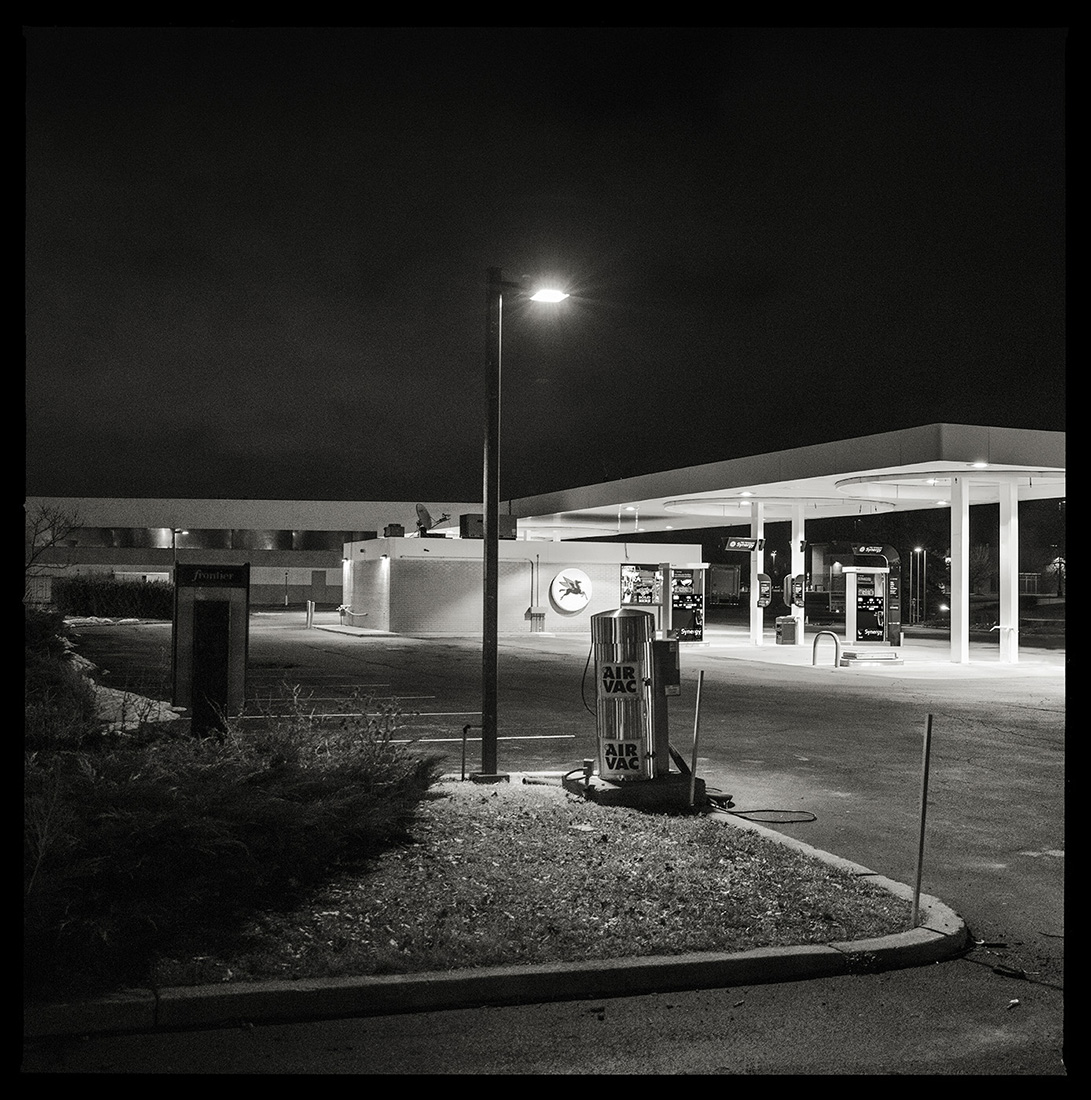 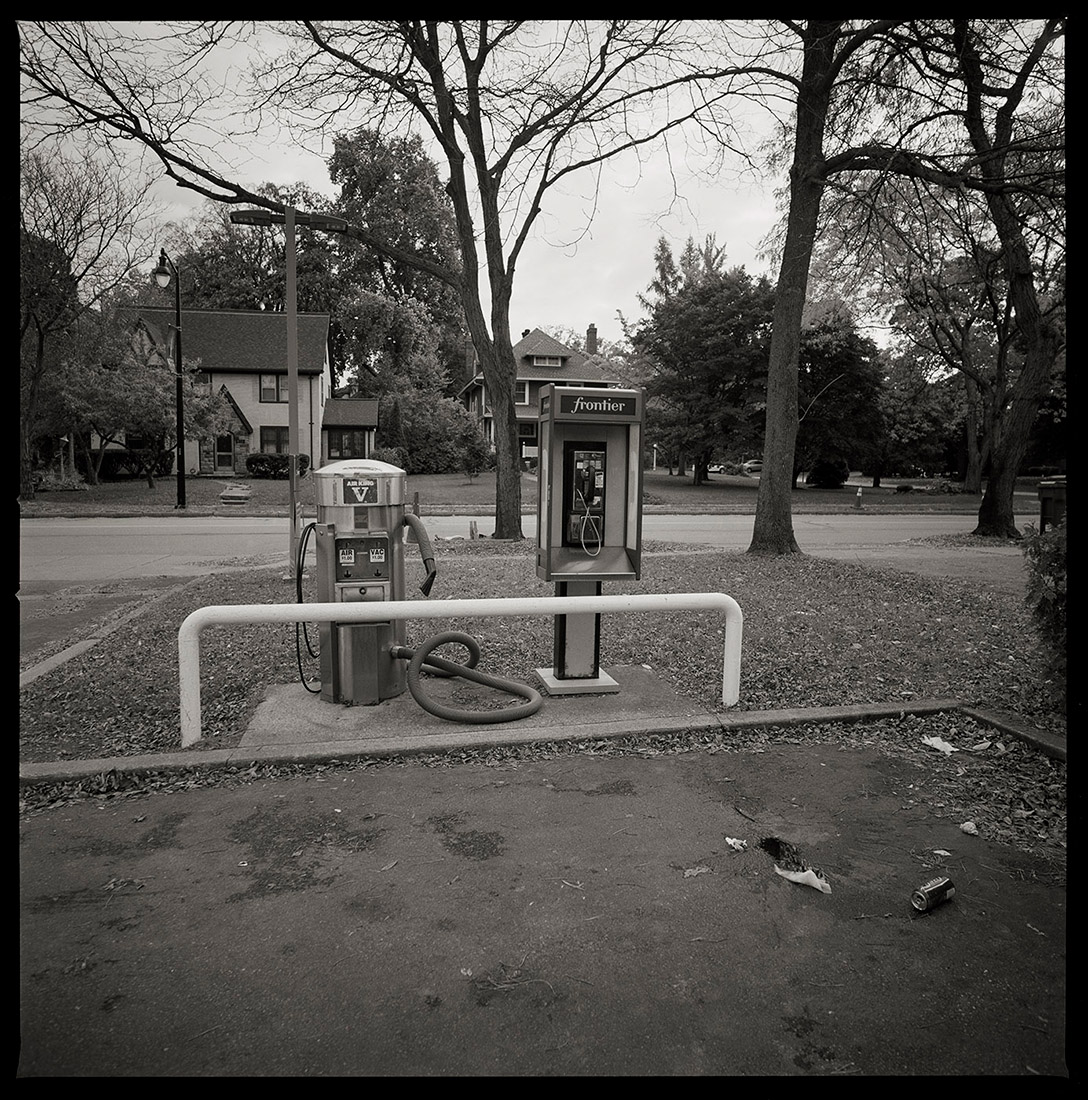 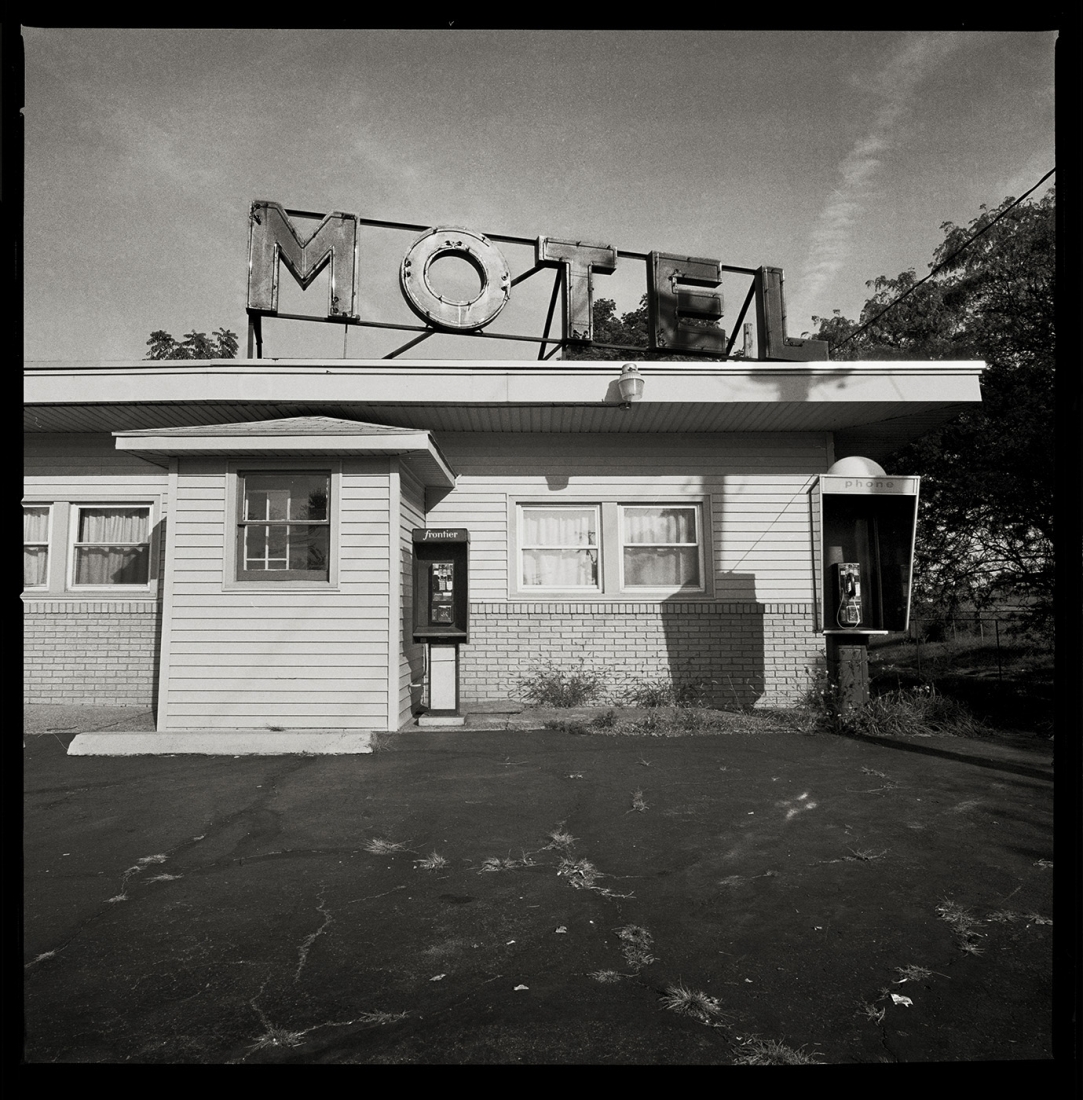 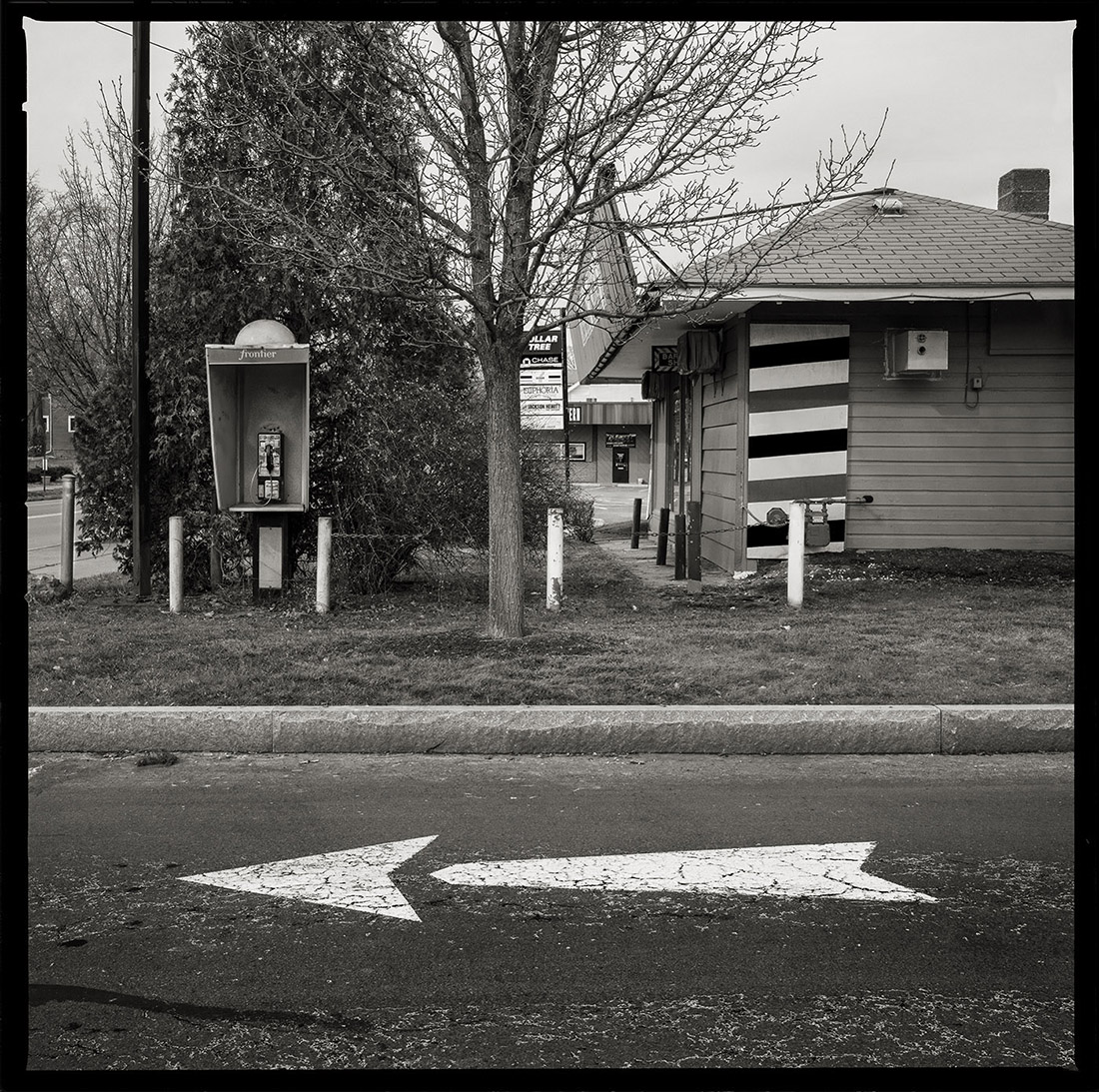 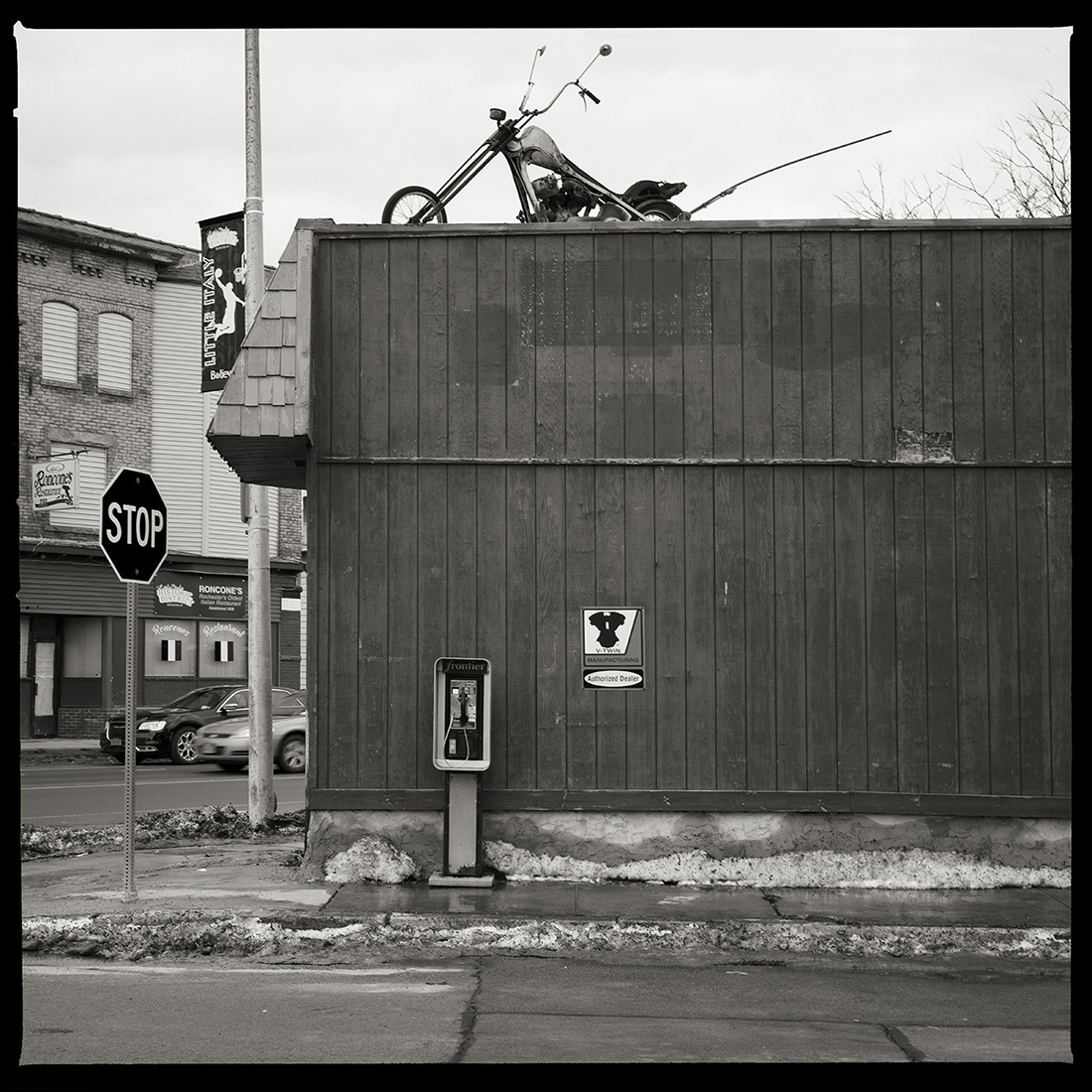 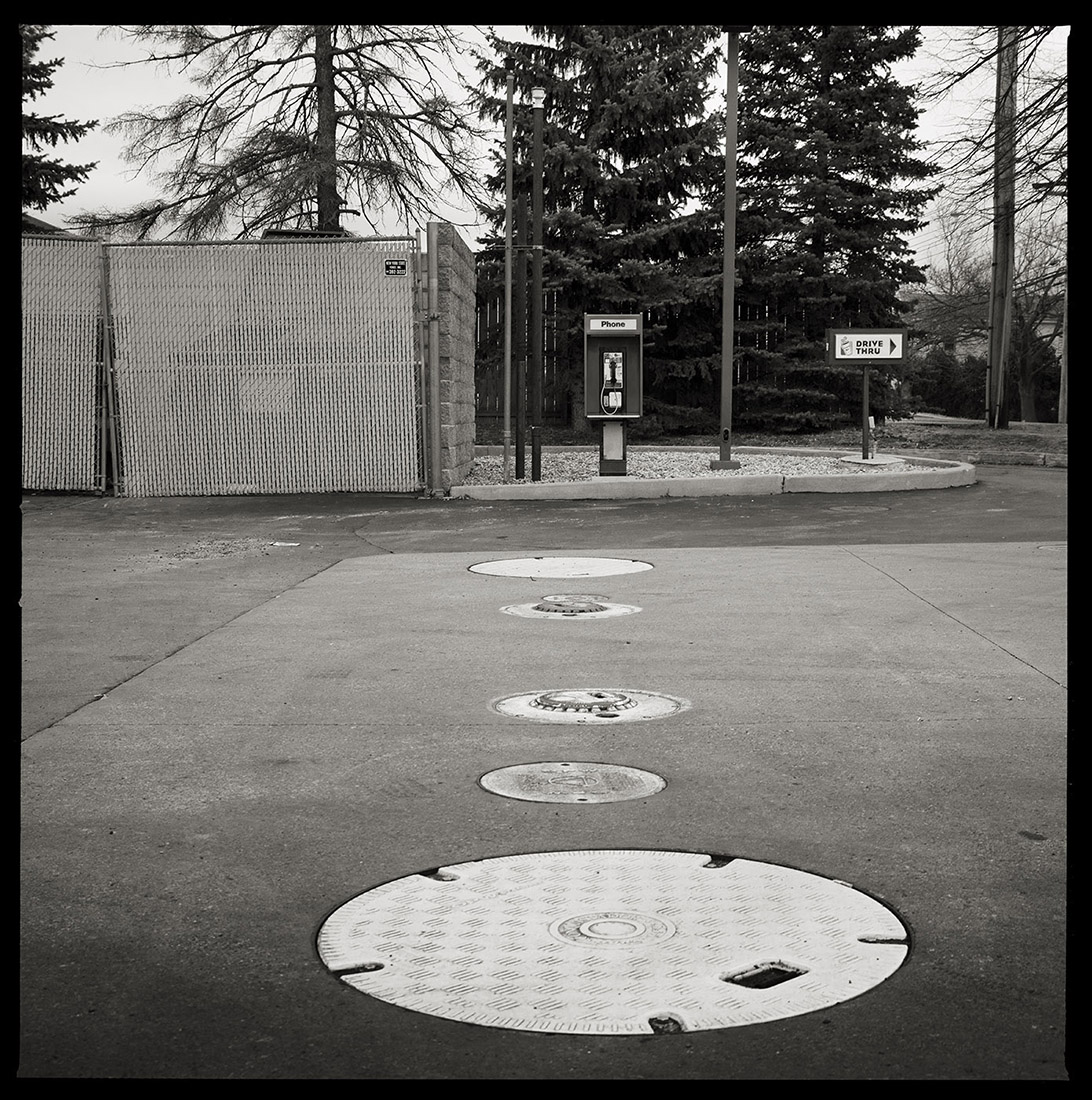 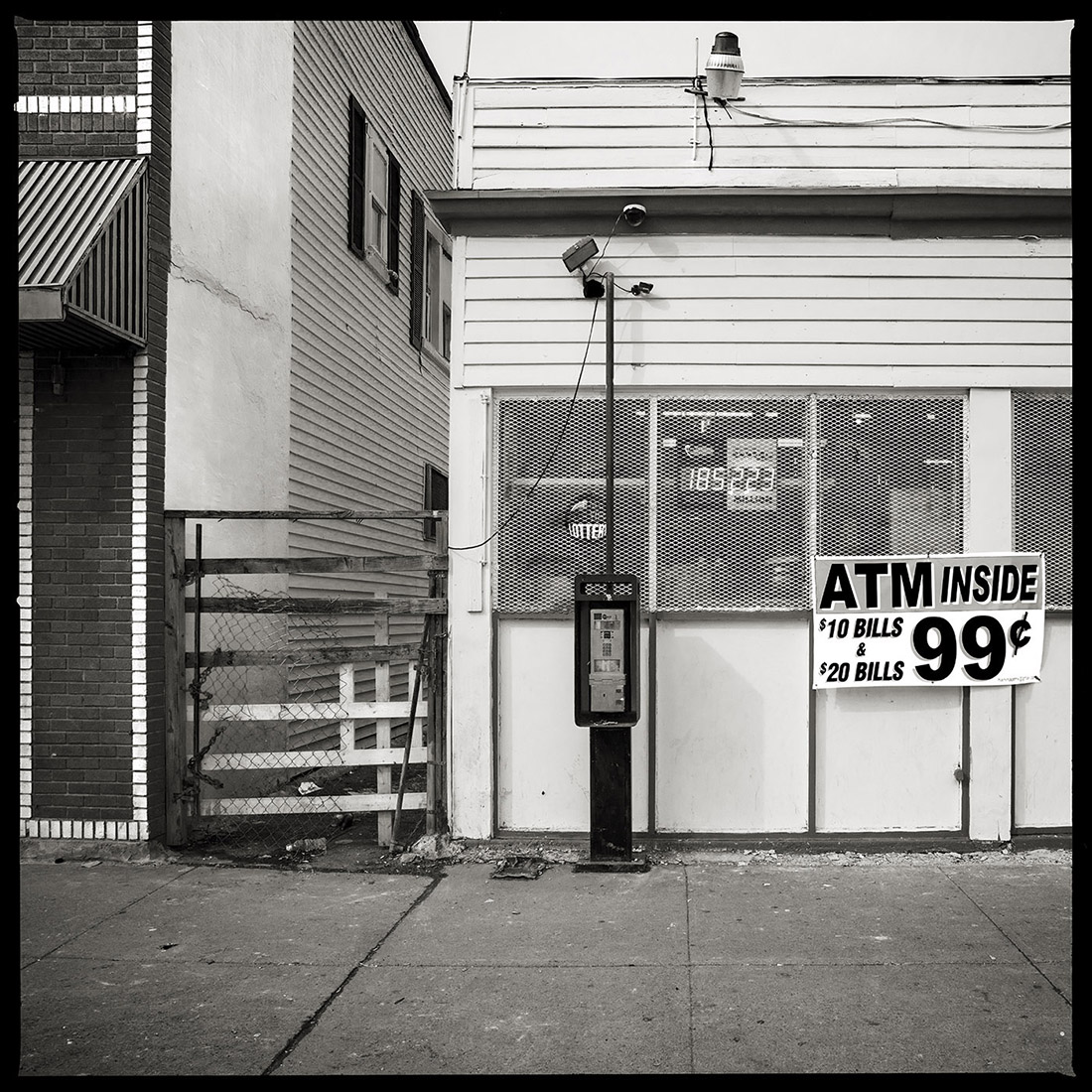 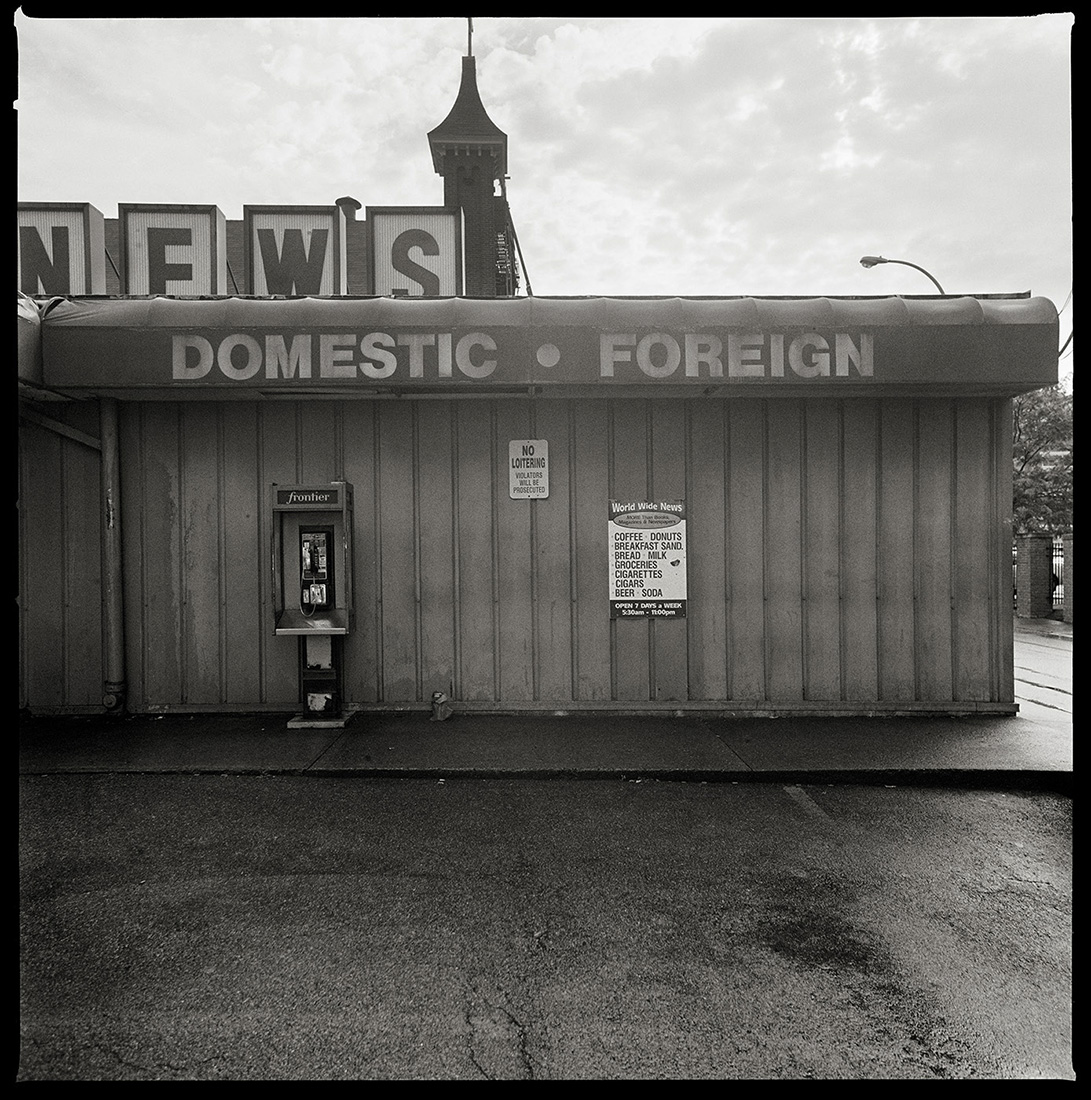 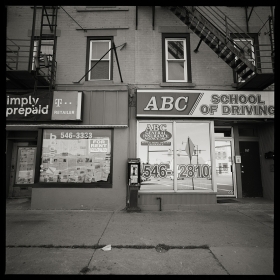 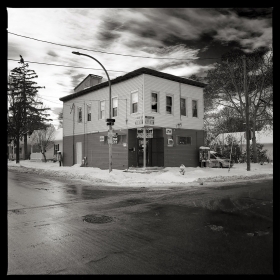 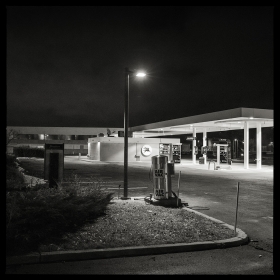 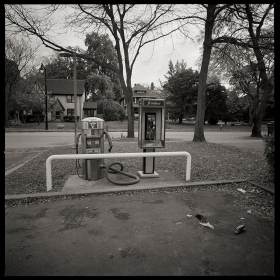 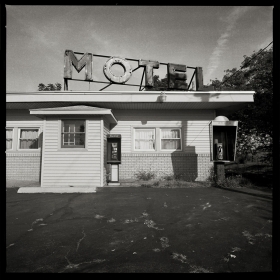 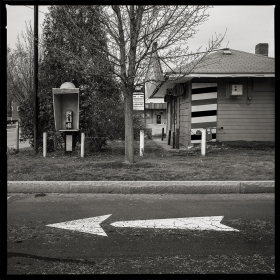 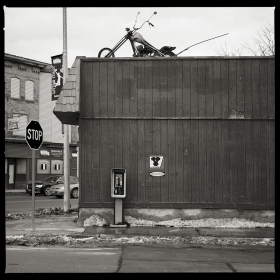 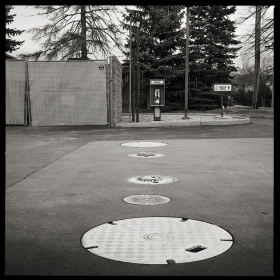 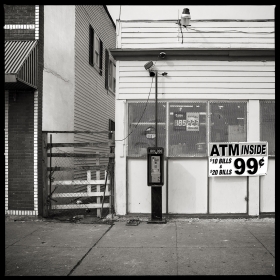 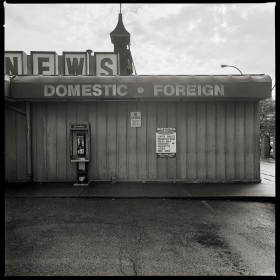 In 2017, when I was relocating my studio to a different part of Rochester, NY I started getting many comments like, “the area you moving to is a war zone”, or “this area is different”, and my favorite was this area is unique.” A few of these individuals were even photojournalist that are supposed to be the ones with open eyes and willing to tell all stories.

It was at this point I started looking around my new neighborhood and started to notice some social indicators that people felt indicated the environment being one of trouble. However, one of these indicators was not an indication of problems, but rather a lifeline that many people have forgotten. To me, the payphones became an indication or social marker for the areas I would visit. They do not serve as a marker for crime as many individuals see them.

For instance, the politicians in Detroit, Michigan had all the payphones removed because they felt they were only being used for criminal reasons. These individuals in power decided to remove the payphones without conducting a study or surveying the individuals using the payphones. After all, everyone should have a mobile phone at this point so if someone is using the payphone it must be for criminal aspects. This notion of a politician with no real understanding, but making a decision that affects a different economic class by merely the perceived connotation.

This perception that I was witnessing first-hand is what drove me to start to educate myself on what was leading these individuals to have their perceived ideas of a place they never entered previously. I began to look at census maps and overlay them with maps of the payphone locations. What became apparent to me was the direct correlation between the poverty level and location of the payphones. Rochester, NY is one of the poorest cities in the United States and with that many average family incomes are lower than $20,000 a year in the areas with the highest concentration of payphones. In fact, the Democrat & Chronicle ran a story about the dyeing payphones in Rochester, NY and how they are a lifeline for many individuals in these communities. The 1,014 payphones in the Rochester area are being used on average once every four days.

Frontier Communications has chosen to leave the payphones in the areas where they are most heavily needed. This choice by Frontier Communications was not the typical Corporate America decision which is admittedly not based on profits. The payphone use of once every four days on average cannot be a profit center for the corporation, but instead one of community service. This decision by those in power is not often one taken today and is the genesis of Felicific Calculus.

The very conotation of Felicific Calculus is calculating the degree or amount of pleasure that a specific action is likely to cause.

Now, if you look at the crime map there, of course, are pockets of crime in the poorest of neighborhoods, but the correlation of payphones and the crime map are just a perception. For instance, the area where my studio was located in previously, the Neighborhood of the Arts most individuals feel it is very safe there, must be because there are no payphones. However, the crime in the Neighborhood of the Arts is five times worse than the location I am in now. I can attest first-hand to the number of times my old studio or car had been broken into. However, the social markers of art, beautiful front yards, storefronts, and restaurants make people feel as if the area is a better area. These social markers are indicative of the family average income being $30-50,000 per year.

The crime map shows a higher rate of crime in the Neighborhood of the Arts as compared to the Josepha neighborhood the new location of my studio. Unfortunately, the social markers give individuals a false sense of personal importance to the area with the arts scene.

Through my exhibition Felicific Calculus, I look to inform viewers of the payphone locations around the Greater Rochester, NY area. I visually correlate the payphones with census maps that indicate; economic status, ethnicity, age and sex, and the crime map. My goal is to help individuals to understand that the perceptions of certain social markers are only indicative of the lifelines individuals’ may need to survive unlike those making a quick perception and using it as a basis for danger.

About author:
Eric T. Kunsman is a photographer and book artist based out of Rochester, New York. Eric is a Lecturer for the Visual Communications Studies Department in the National Technical Institute for the Deaf and also teaches for the School of Photographic Arts & Sciences both of which are housed at the Rochester Institute of Technology. He was formerly an Assistant Professor at Mercer County Community College where he was also the coordinator of the photography program. He has nationally taught workshops, lectured on digital printing. Eric holds his MFA in Book Arts/Printmaking from The University of the Arts in Philadelphia, and holds an MS in Electronic Publishing/Graphic Arts Media, BS in Biomedical Photography, BFA in Fine Art photography all from the Rochester Institute of Technology in Rochester, New York. His photographs and books have been exhibited internationally and are in several prominent collections throughout the United States. He currently owns Booksmart Studio, which is a fine art digital printing studio specializing in numerous techniques and services for photographers and book artists.