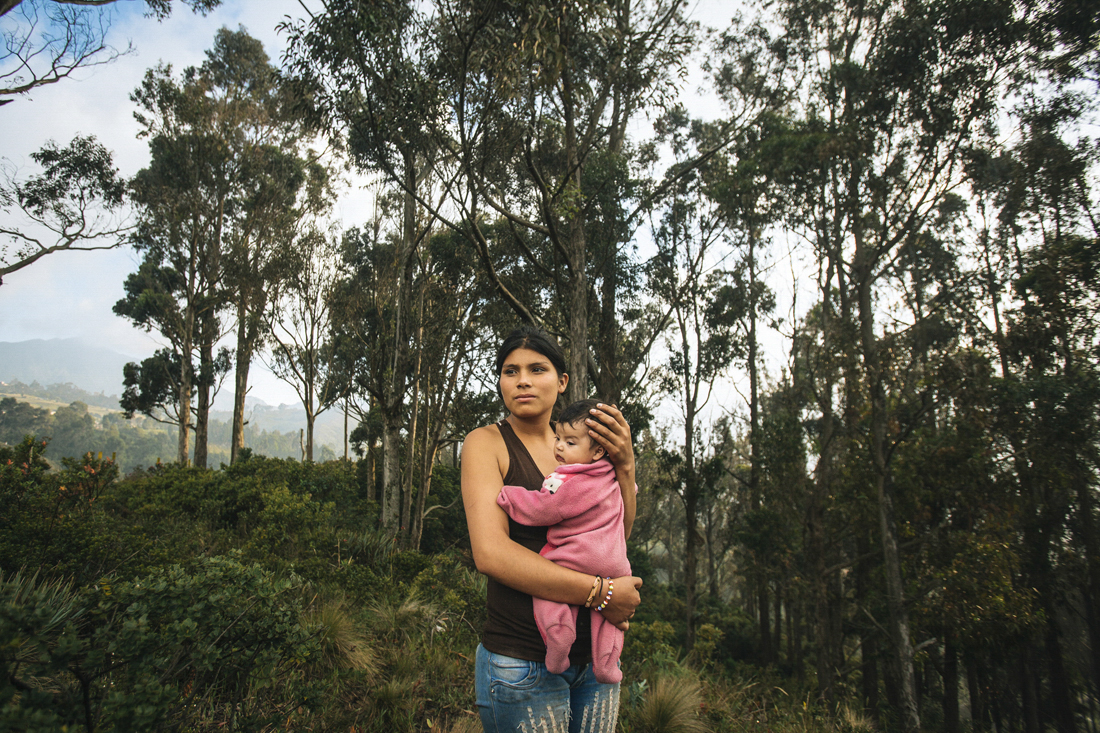 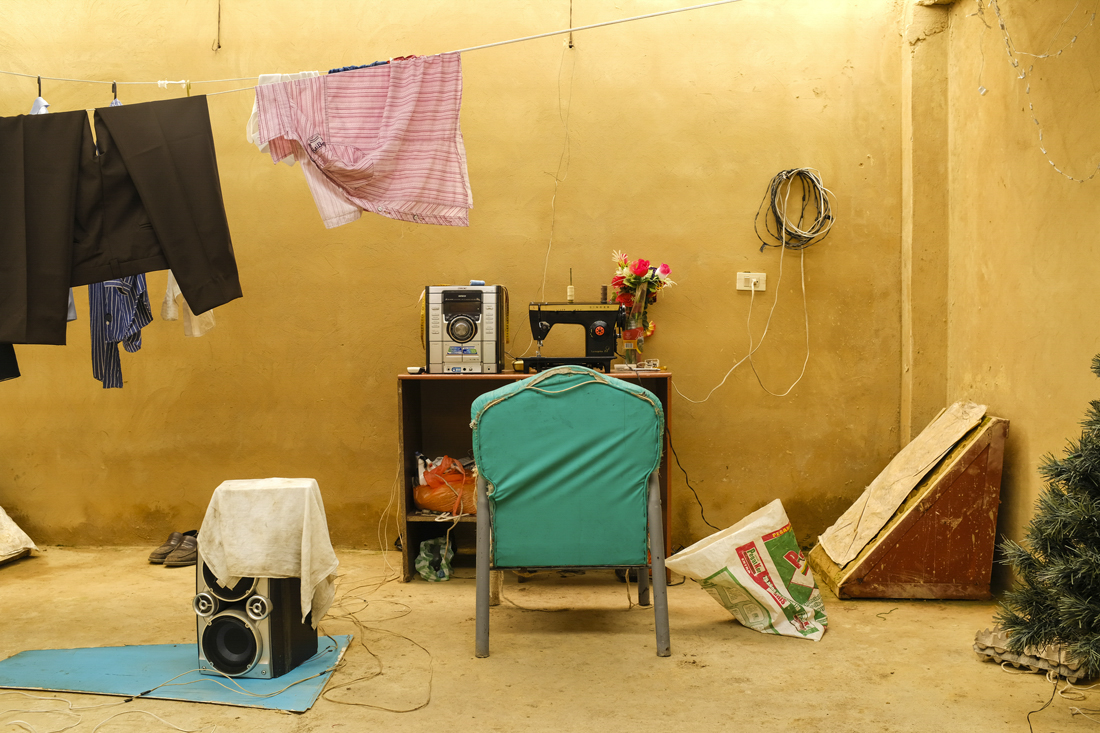 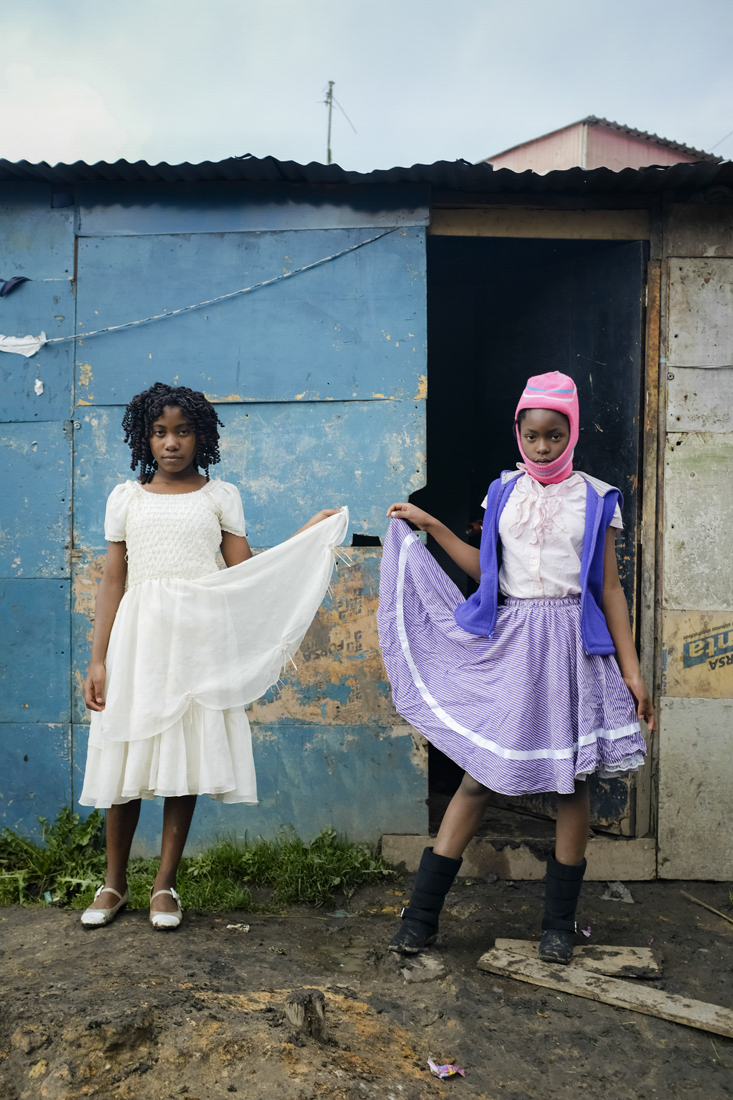 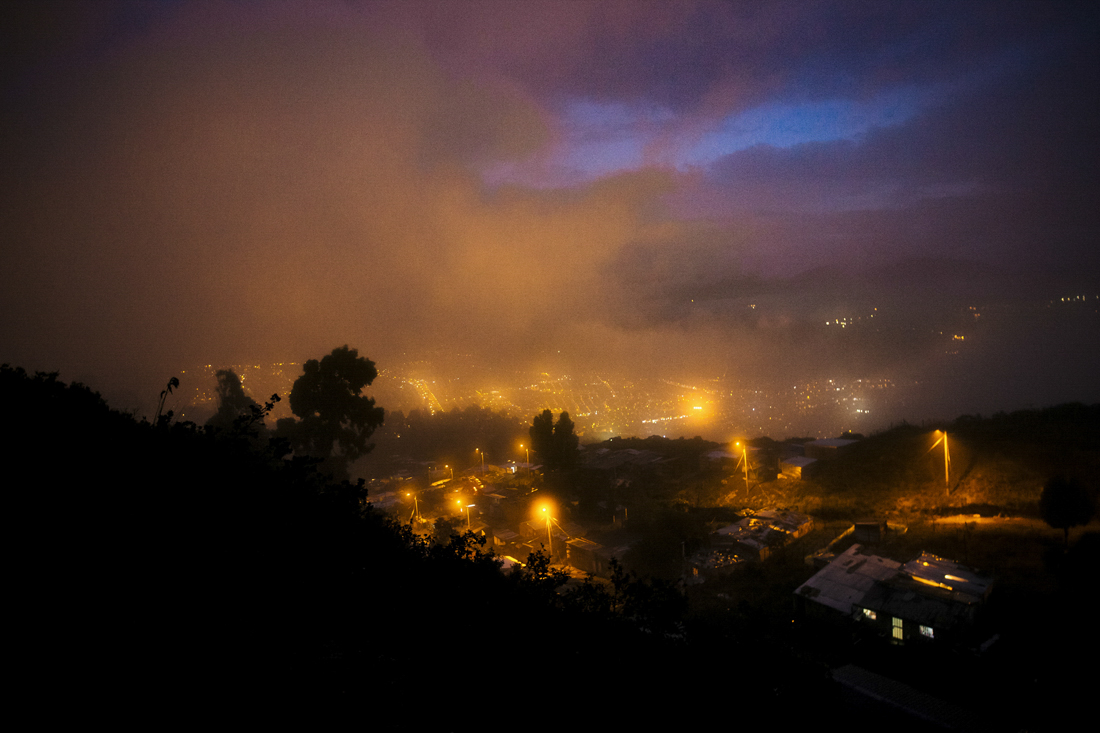 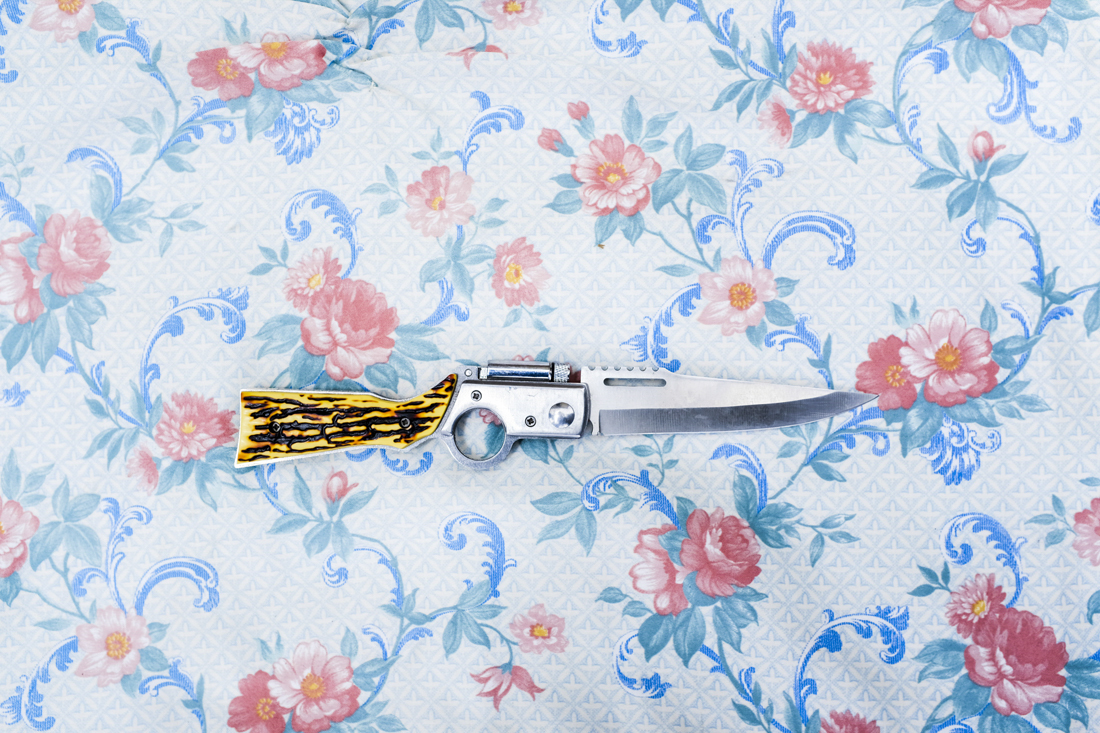 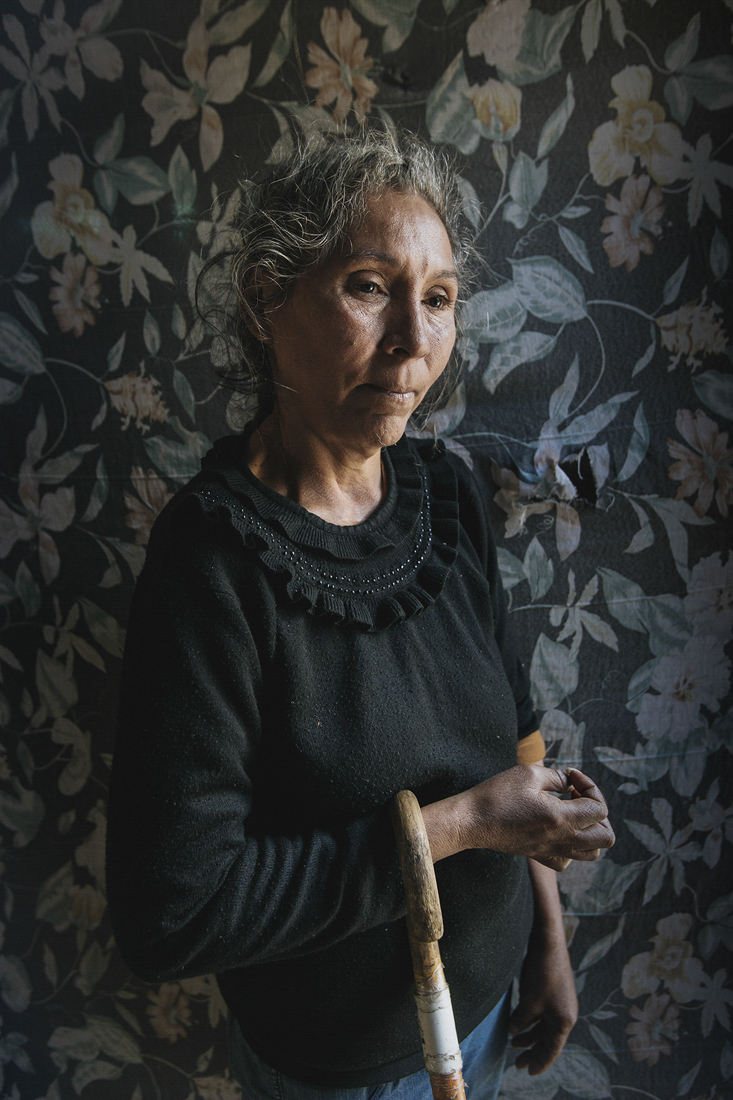 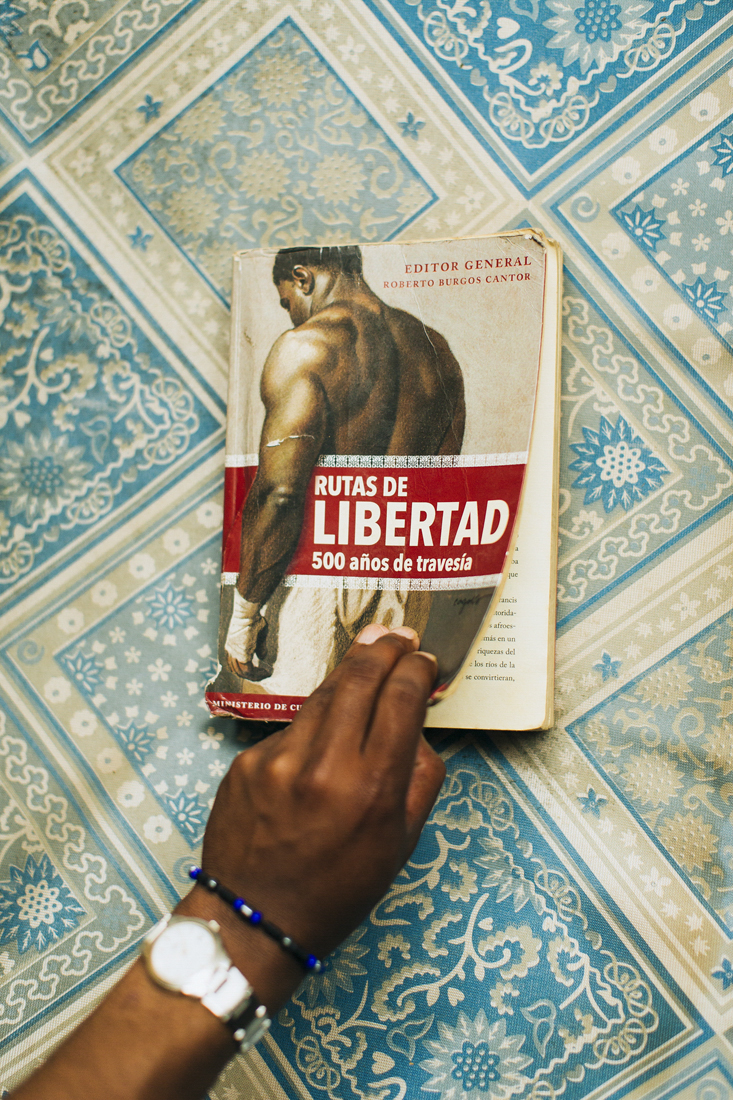 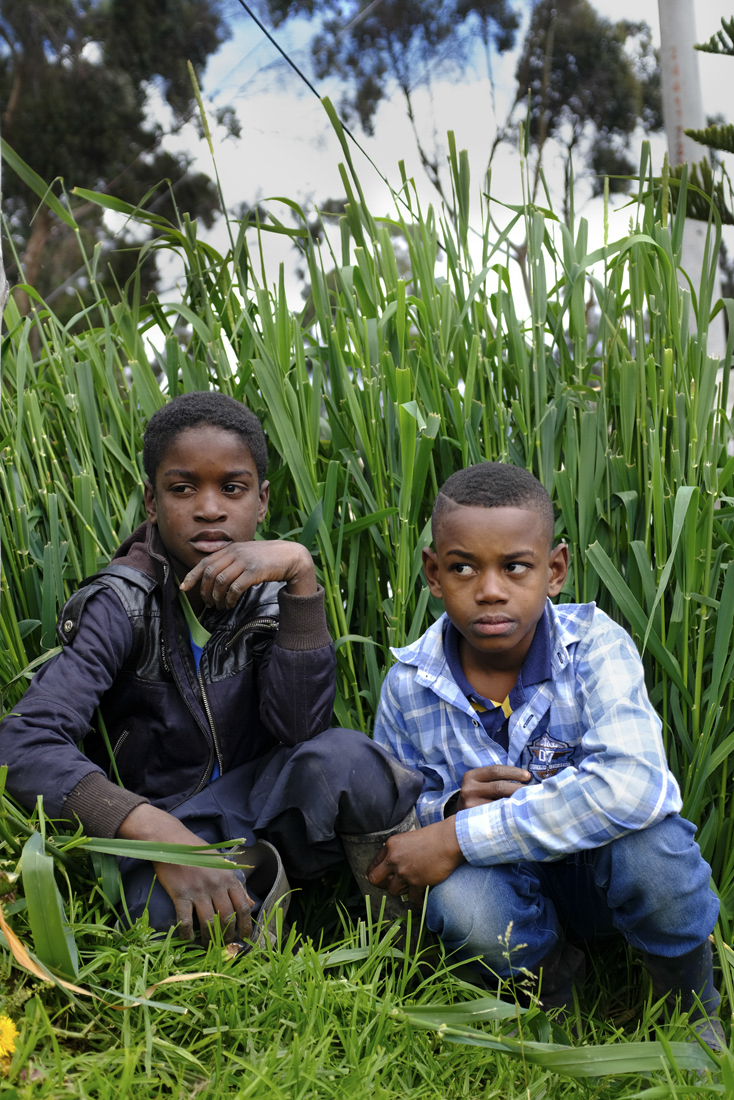 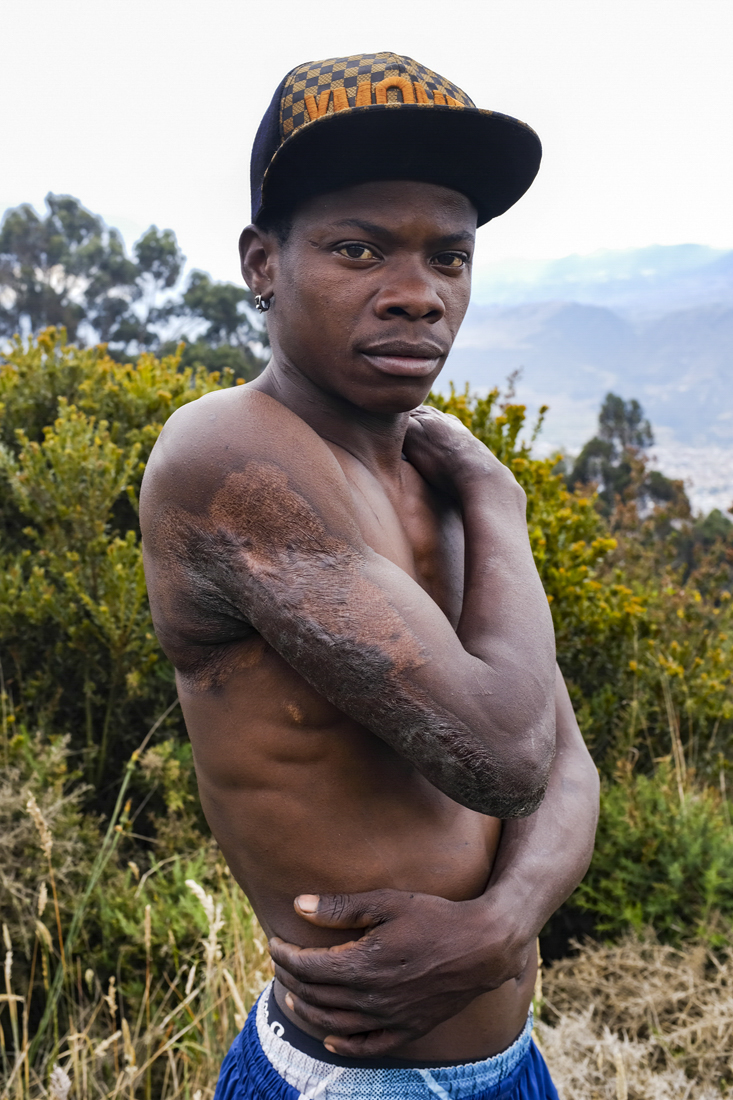 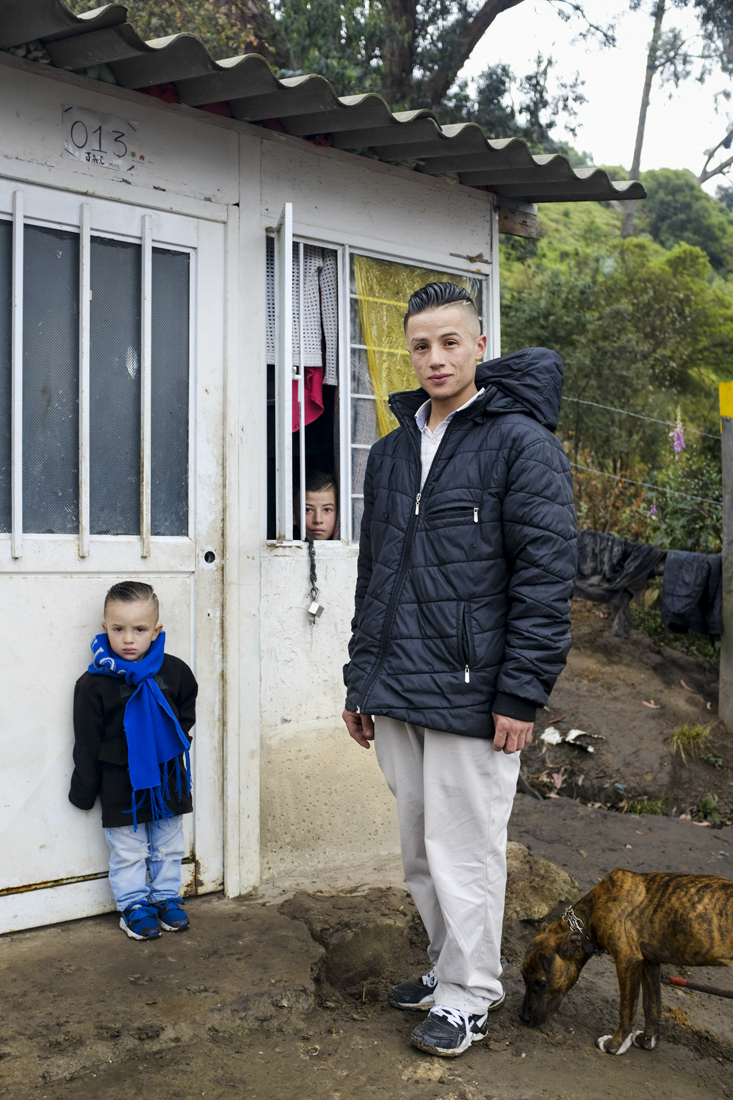 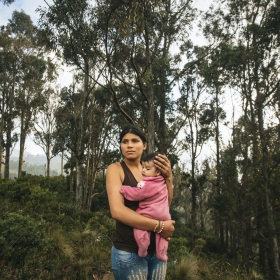 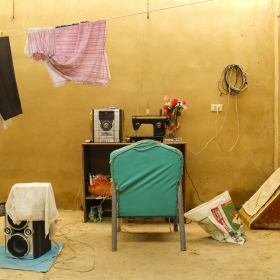 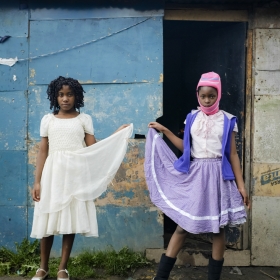 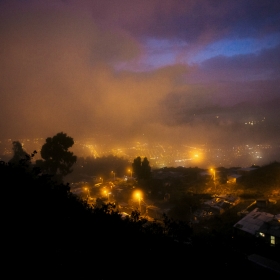 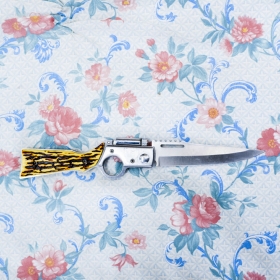 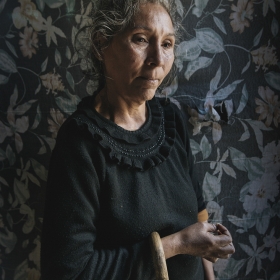 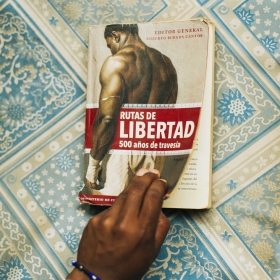 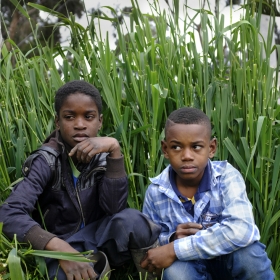 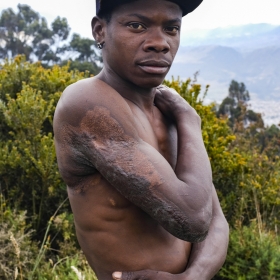 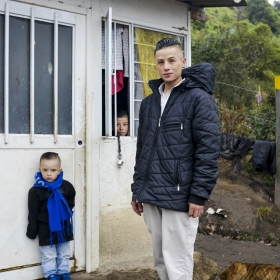 Ana Vallejo
Entre Nubes
Share
Support this photographer - share this work on Facebook.
Entre Nubes is a sensory and artistic exploration of San Germán, an illegal settlement in southeast Bogotá, and about the life and soul of its inhabitants, the majority of which have migrated from rural parts of the country fleeing violence or searching for better living conditions. This makes San Germán a microcosm of vulnerable populations, where victims of the armed conflict, ex-military, ex-guerrilla, native peoples, afro peoples and economically displaced families from within Bogotá converge.

Many neighborhoods in the south of Bogotá were initially self-established until their eventual legalization. San German is a living testament of this, and its residents strive for more dignified conditions under precarious circumstances.

Living in an “invasion” neighborhood implies living in a marginal Bogotá. In this Bogotá, land is constantly disputed, the police don't arrive, and violence is often first choice in conflict resolution, where the law favors the interests of those who yield more power. Alliances are fragile and can be bought with money or fear.

This project promotes a dialogue with the community through photography, theatre and psychomagic. Viewing this land from the intimacy of the barrio’s people, one can dismantle stereotypes around informality and the people living amongst it.

The next phase would be involving the point of view of San German’s inhabitants. On one side, a conceptual documentation of their life stories, and on the other, a reflection on the neighborhood.

Many of the people in the barrio have had to overcome trauma. This project aims to include their life perspectives, using art as an agent for transformative experiences. This phase will be carried out by myself (coordinating production, visual narrative and documentation process), in collaboration with a playwright (our theatre director) with extensive experience in collective artworks with victims of war, and an art director in charge of scenography, makeup and wardrobe. This process will take two to three months.

The first stage of the process will be an open call and participant selection, ages 10 and over, that would like to become part of the process. In stage two, Memory and Ritual, information and stories are gathered. Song is used as a transformative expression, and meditation is practiced along with performative exercises. In stage three, Play and Recognition, the act of play will lead to the creation of different images, movements, sounds and expressions. The concept of home and family are explored as catalysts of self-recognition. With the work from the first two stages underway, small sets inspired from psychomagic acts, improvisations, acting games and theatrical exercises are built. During this stage, the director will write a script based on proposed material, after going through a refining process. With the structure defined and the workshops completed, the piece will finally come together for final presentation. All the audio, images and clips collected will be reviewed and edited to create an installation for the public to interact with before watching the play. The play will be presented in an independent space (Casa Ensamble) and in San German. This grant would provide an important and needed incentive to begin the next phase of the project.

About author:
I'm a conceptual documentary photographer from Colombia based in NY. Having a background in biology, my work emerges at the intersection of art and science. I'm interested in the effects that trauma have on emotions and perception and in highlighting the importance of social bonding, empathy and creativity in marginal spaces. My work is driven by color and I like to create tension between artificial and natural elements that question the limits between reality and subjectivity. My projects are research based and invite chance, experimentation and collaboration.

In June 2020 I graduated from the New Media Narratives program at the International Center of Photography in NYC as a recipient of the Mary Ellen Mark Memorial Scholarship. I am the content strategist of Fotodemic (www.fotodemic.org), X-photographer for Fujifilm Colombia and part of Native Photograph and Authority Collective.

My work has been exhibited in Colombia, NY, LA, Germany, India, Italy, and Malaysia. I have been published in media outlets such as Vice, Architectural Review, Lensculture and Ph Museum. In 2018, I was selected to attend the NY Times Portfolio Review and an emergent talent  by Lensculture. In 2019, I was nominated for the World Press Photo’s Joop Swart Masterclass, and 6x6 global talent  program in Latin America. In 2020, I was selected to be part of Addis FotoFest in Ethiopia.