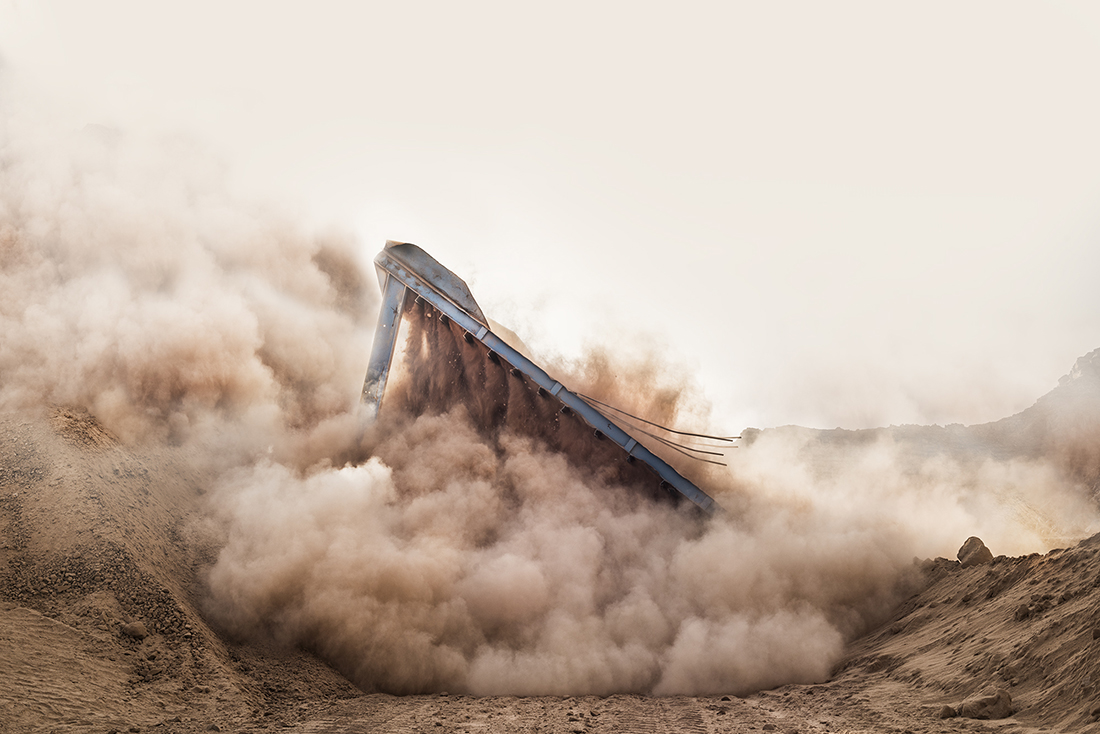 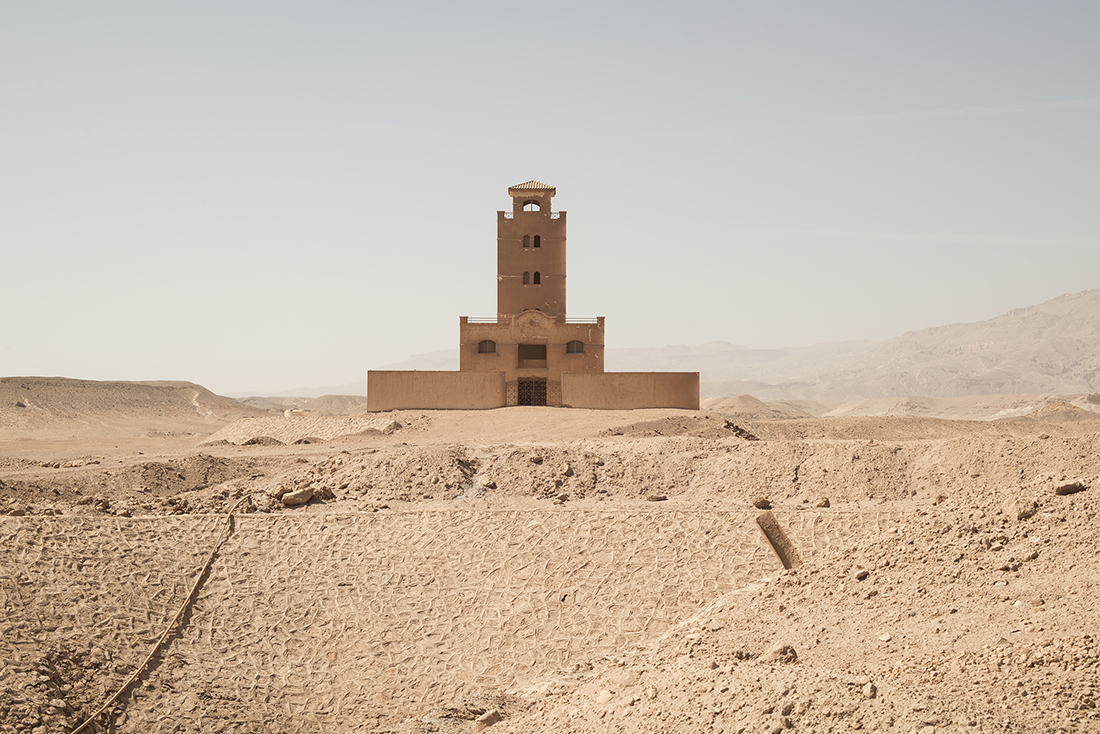 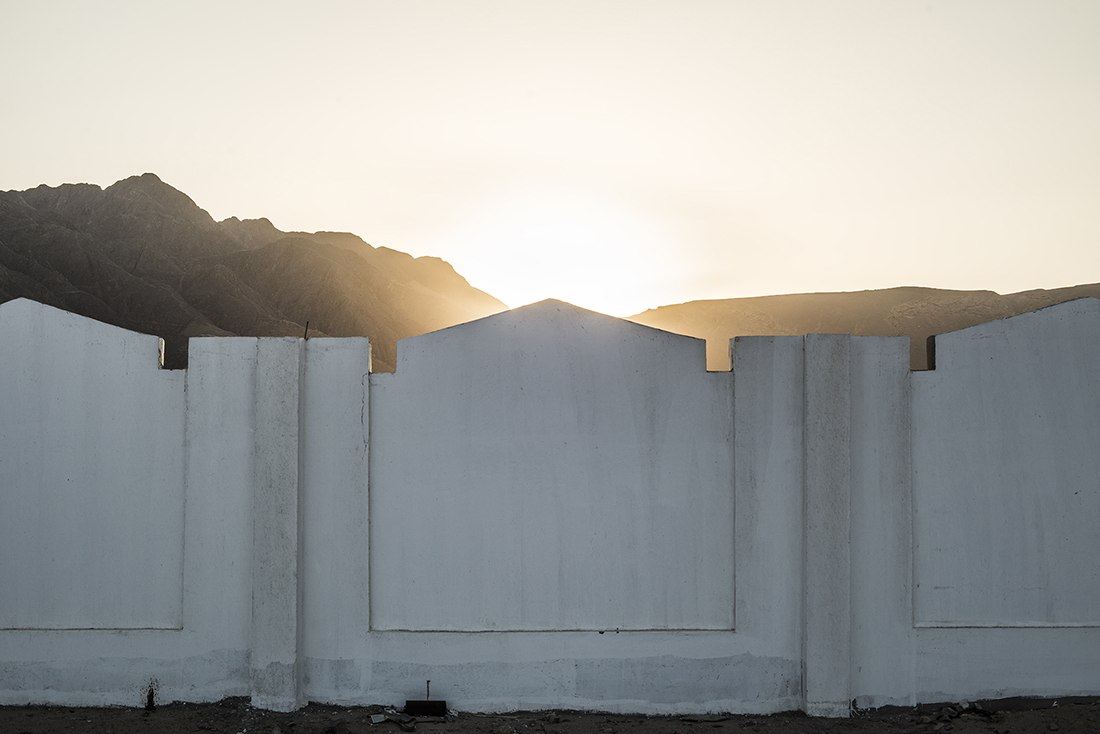 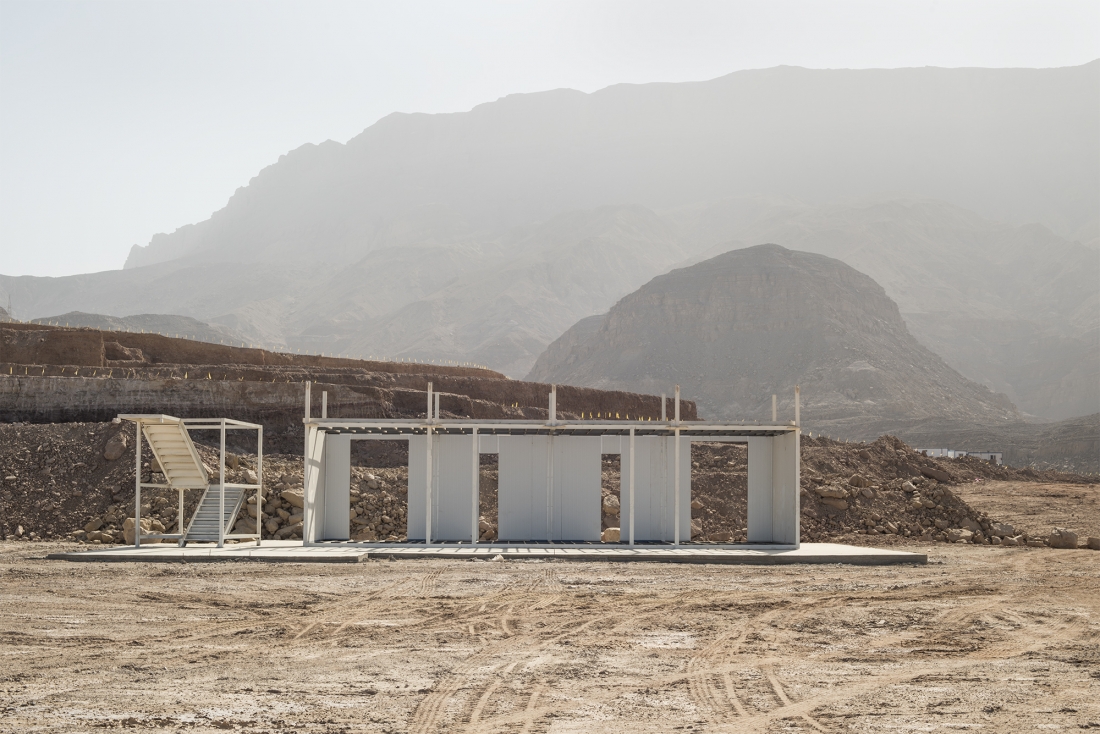 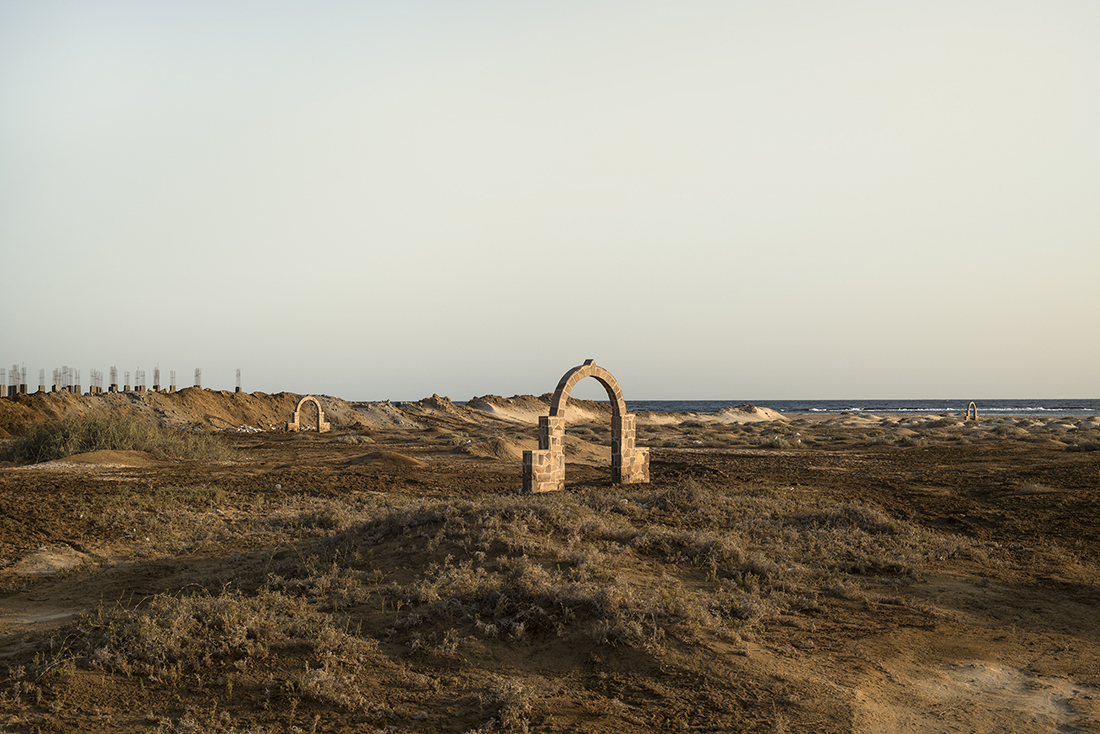 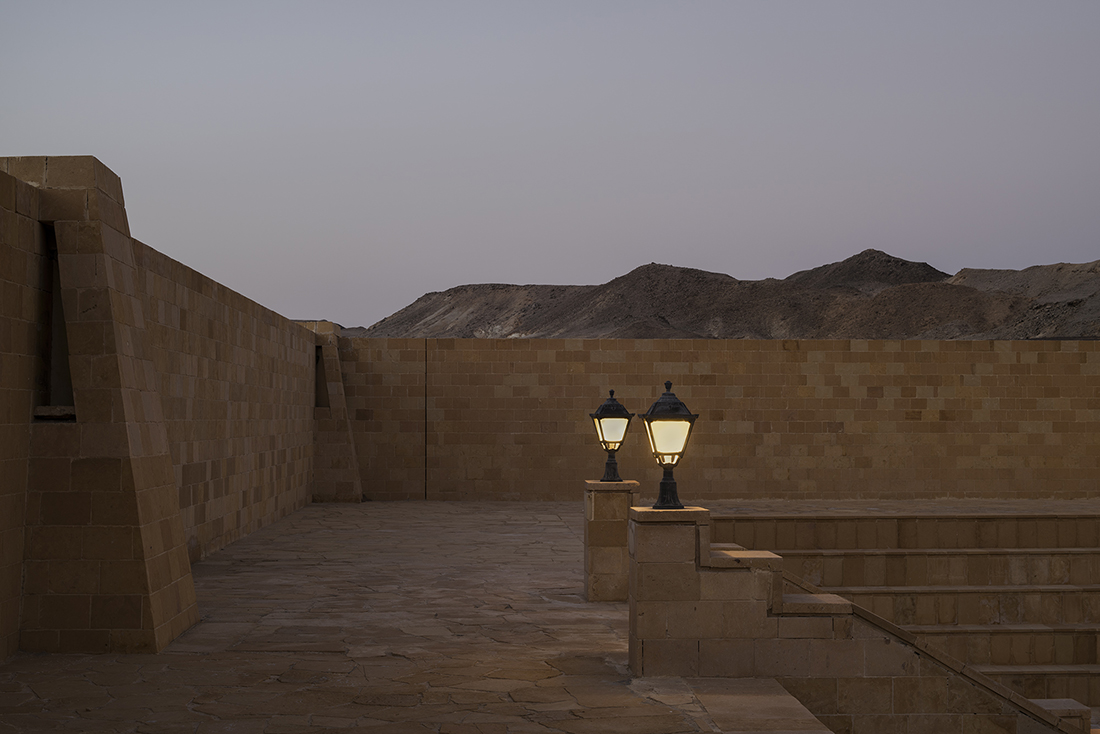 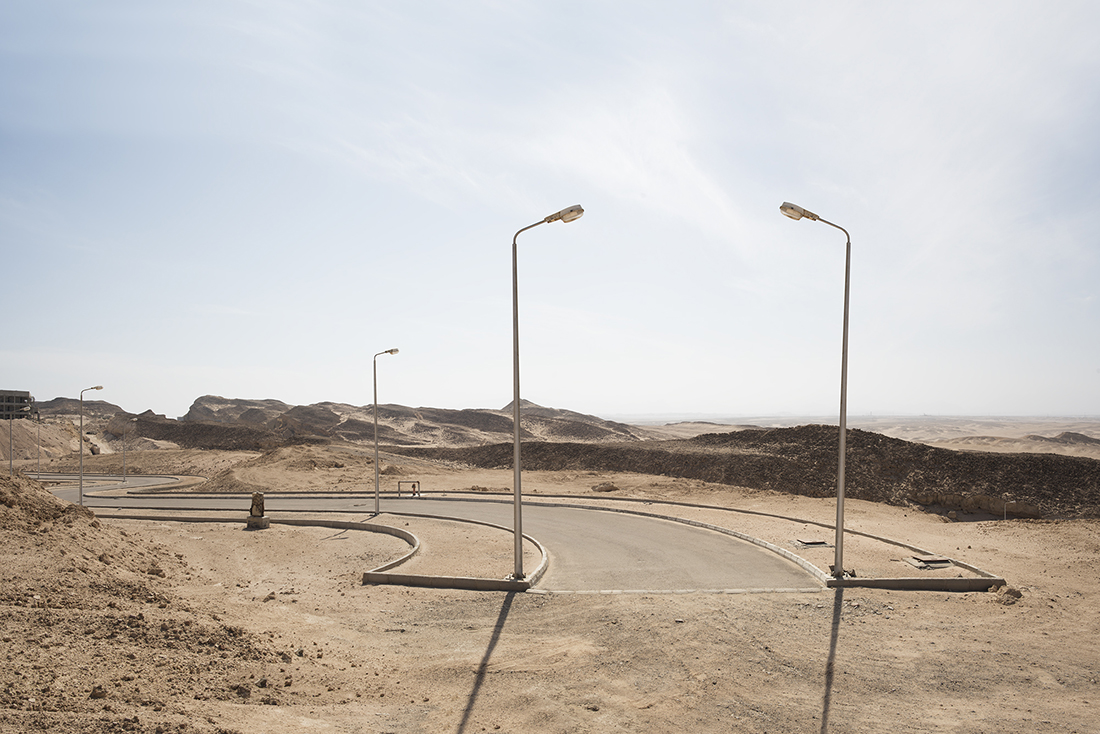 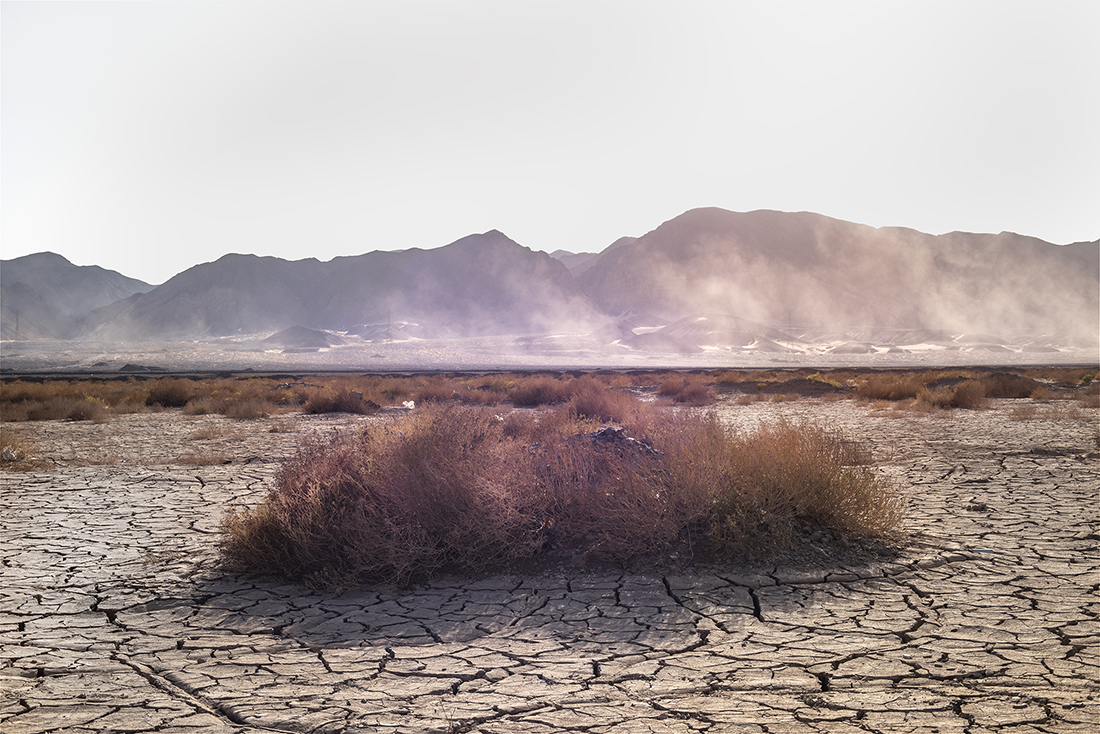 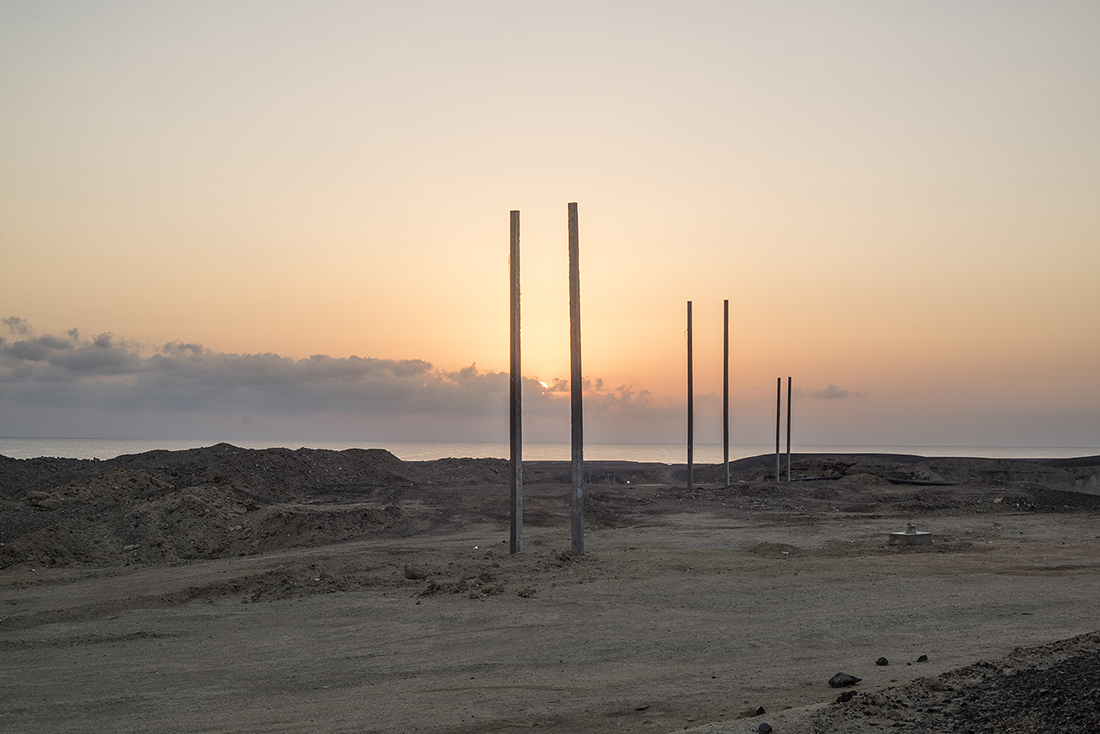 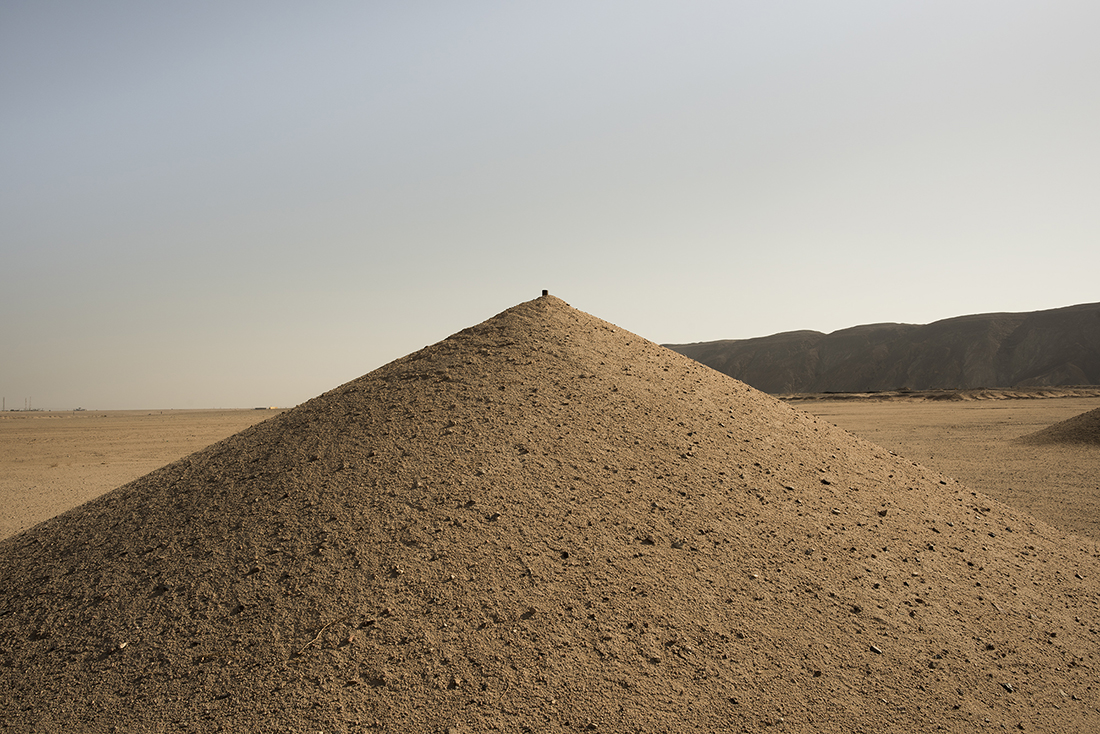 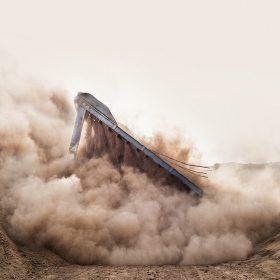 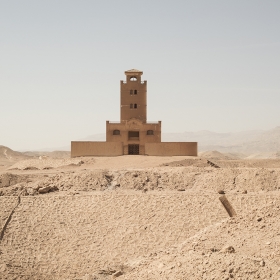 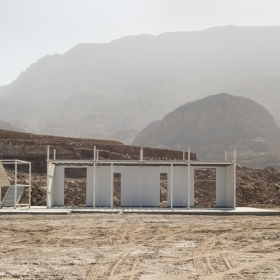 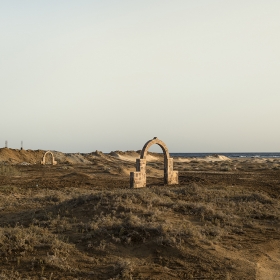 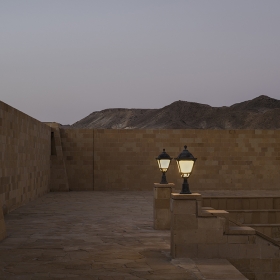 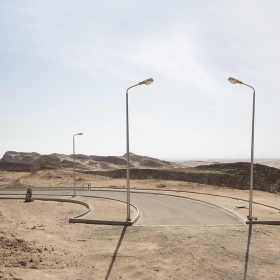 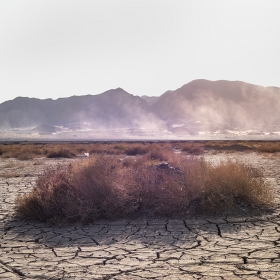 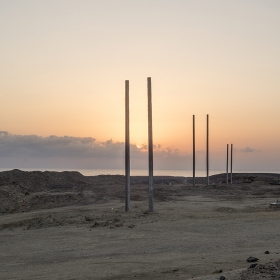 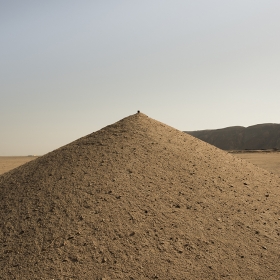 Barbara Rossi
Changing Landscape
Share
Support this photographer - share this work on Facebook.
Changing Landscape is a photographic research about landscape transfromations and urbanization along the Red Sea coast of Egypt. Working on the concept behind the development of contemporary cities I question how natural and manmade environments are commonly represented and how they interact with each other in a country where architecture - and built environment- have always been an ideological vehicle; a kind of sacred geometry whose forms symbolize the relationship between heaven and earth, the elements communicate with solar systems and create a correspondence with the stars and the planets, connecting the humans to a higher and divine nature. Changing Landscape moves its first steps in the field of cultural landscapes, seeking connections between the built space and the space where the roots, myth and archetype dwell, creating a dimension where one may nourish the other. Using the border line of Red Sea (phisically represented by a coastal road that separates water and desert) as a metaphor for constant change I travelled from Suez to the sudanes border in order to document the new urbanization of the country , seeking moment of grace in the rush of our contemporary world.
The images that you will see are the results of several travels undertaken from october 2016. Changing Landscape was partially supported by the italian grant for younf artist Movin'Up , held by Ministry of Culture in Italy and by European Cultural Foundation.
After the so called Arab Spring Egypt is facing a trend that has been noticeable since at least the beginning of this century: the founding of completely new cities from scratch. They are created in uninhabited territories, such as artificial islands or desert areas. Urban-architects create a modern vision of “smart cities” to accomodate the population growth and to attract big investors from China and Europe. Although it has never been my intention to take documentary pictures, the sociological context of this project is very important and ever-present; representing the antrophized territory has to mean representing our society and the way we are shaping the world.

About author:
Barbara Rossi was born in Parma, Italy in 1988. She grew up on a camper van and she always travelled widely, putting into practice the displacement so essential for a critical analysis of the social context. She took a bachelor in Fine Art at Accademia di Belle Arti di Brera in Milan, and then a MA in Photography at Centro Sperimentale di Cinema in Rome. Her works have been exhibit in group exhibitions at Triennale Milano , Fabbrica del Vapore (Milano) and Fondazione Giuseppe Lazzareschi (Porcari-LU). In 2015 she exhibit the project Slowscape in a solo exhibition at Castel Carlo V in Monopoli, curated by Apulian Ministry of Cultural Heritage (MiBACT Puglia). She published the photographic project Slowscape with Adda Editor ISBN 9788867172207. In 2015 she published Torri Costiere di Puglia, by Donatella Campanile e Claudio Esposito, Mario Adda Editore, Bari ISBN 9788867172061. In 2016 she took part at the Festival di Fotografia Europea, represented by gallery VV8 Arte Contemporanea in Reggio Emilia (solo exhibition Inventory of Via Emilia). She won the prize Smart’It Up held by SmArt Italy, to found and realize the exhibition. Inventory of Via Emilia was published by DomusWeb and NIP Magazine in Aprile 2015. In 2016 she won the prize Movin’Up held by Ministry of Cultrual Heritage for the mobility of young artist abroad, with the project Changing Landscape. She won the grant Step Beyond Travel held by European Cultural Foundation ECF. Changing Landscape was partially published on *Wallpaper magazine and Der Grief. Since 2017 she lives in Germany, where she works as freelance architecture photographer and collaborates with HG Esch Photography