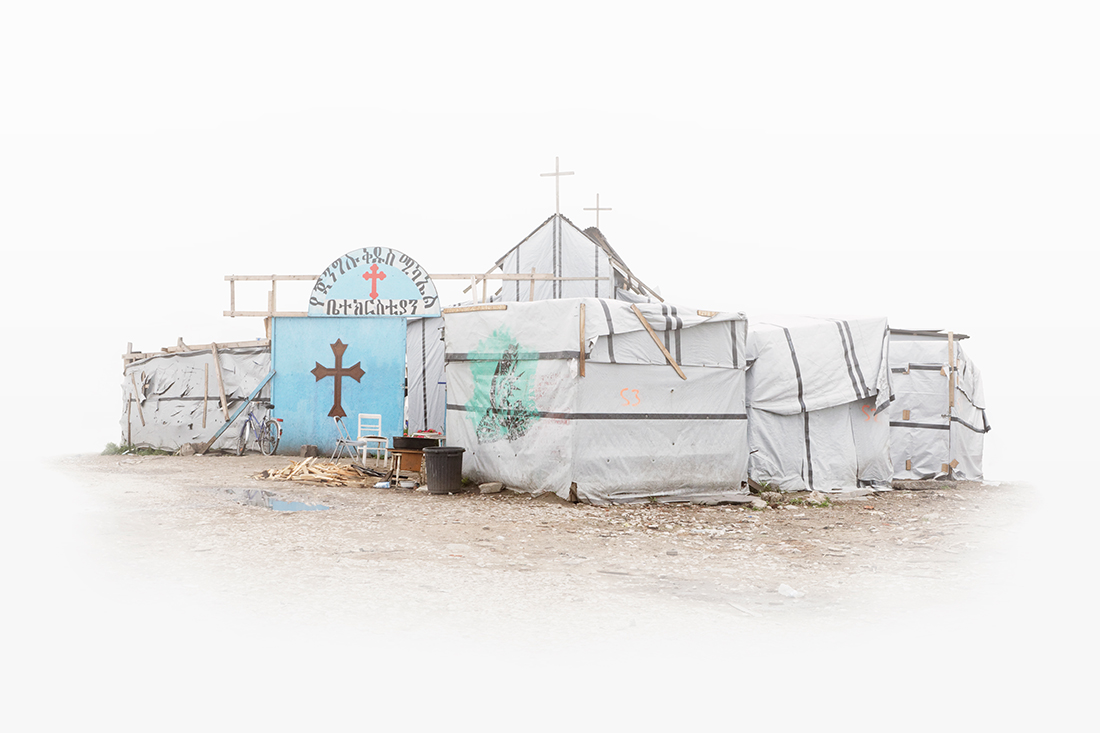 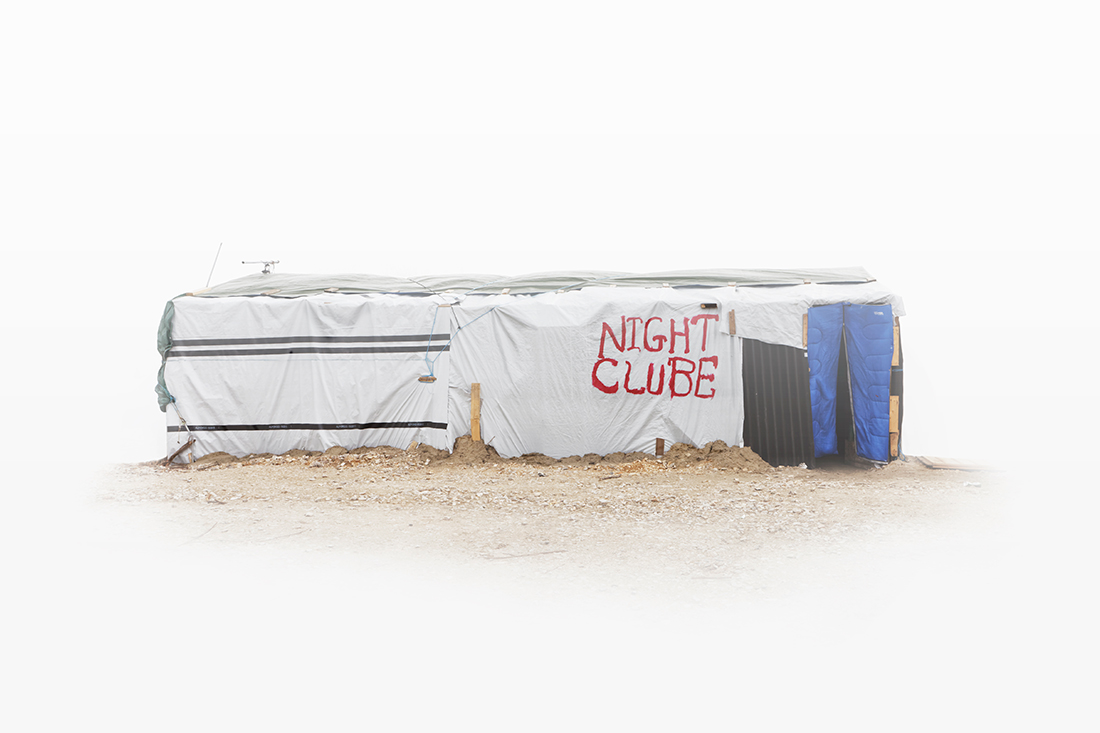 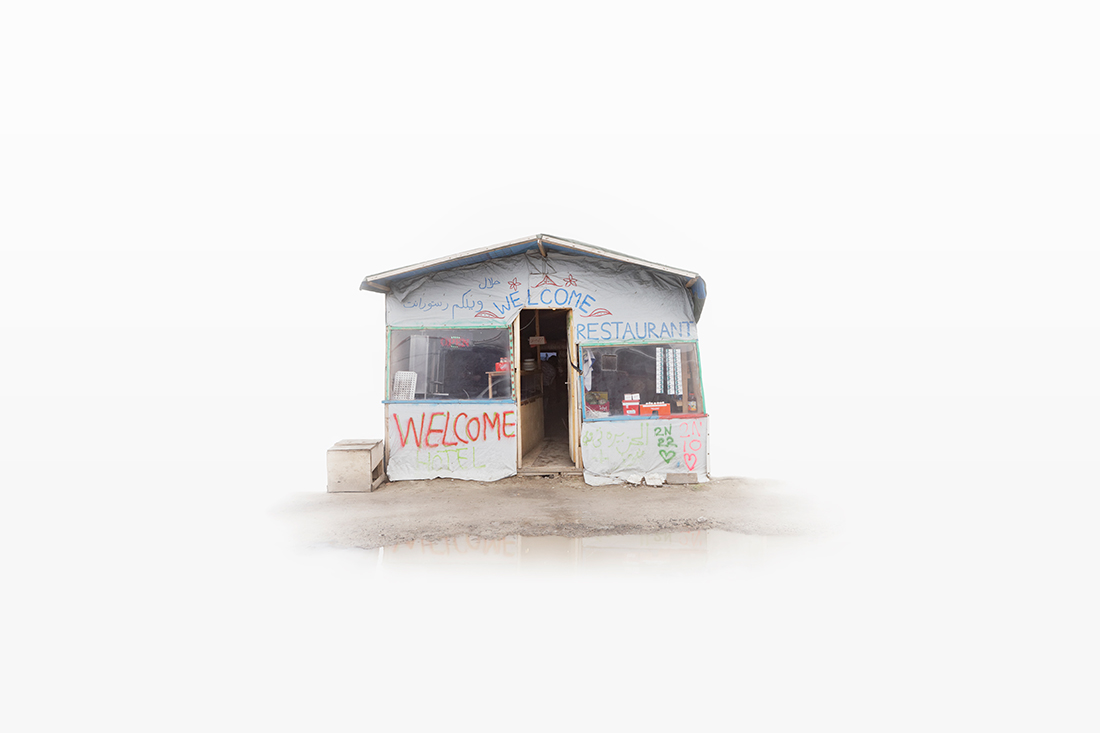 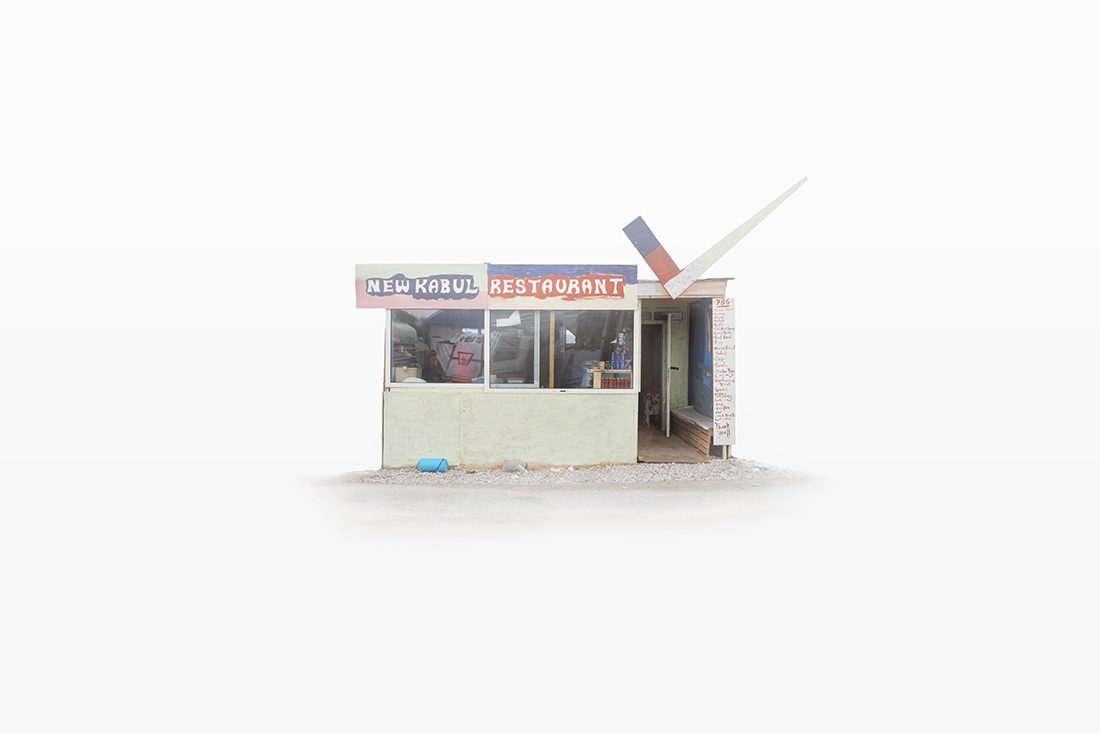 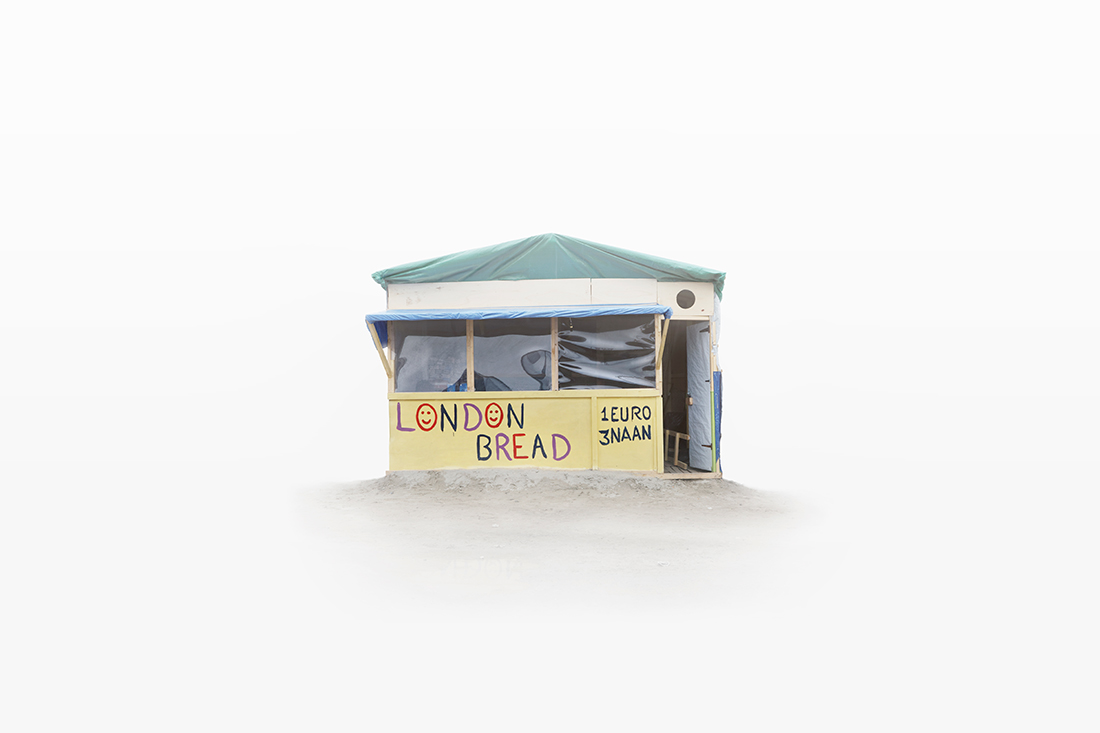 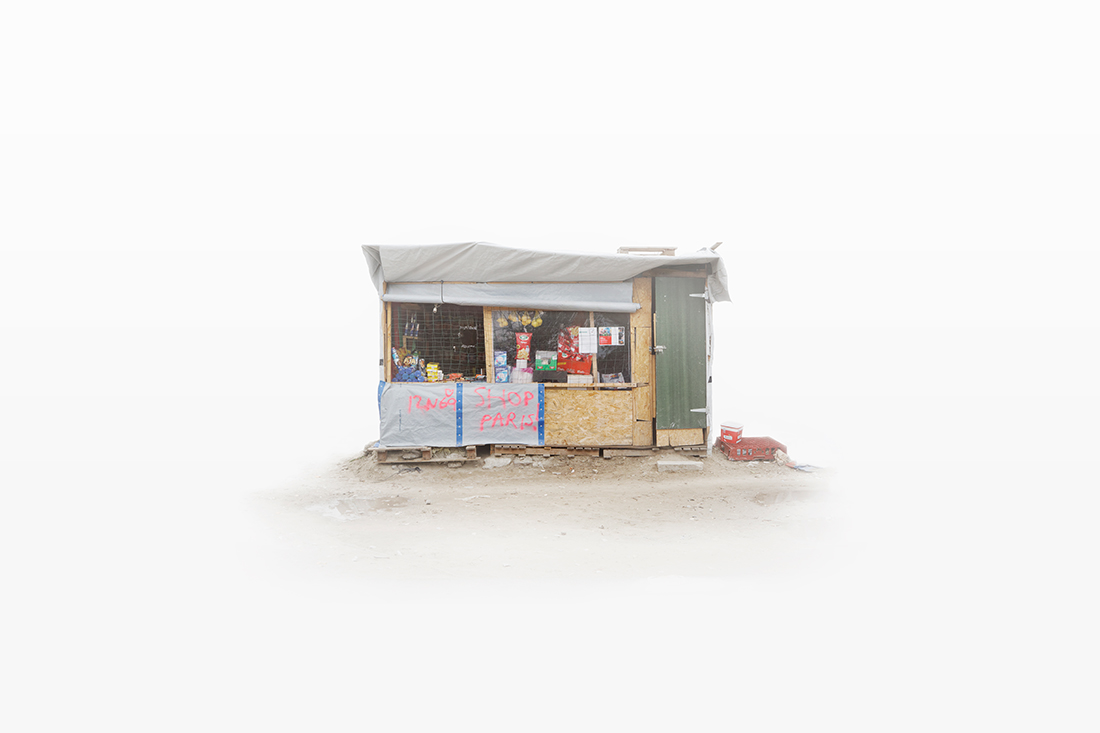 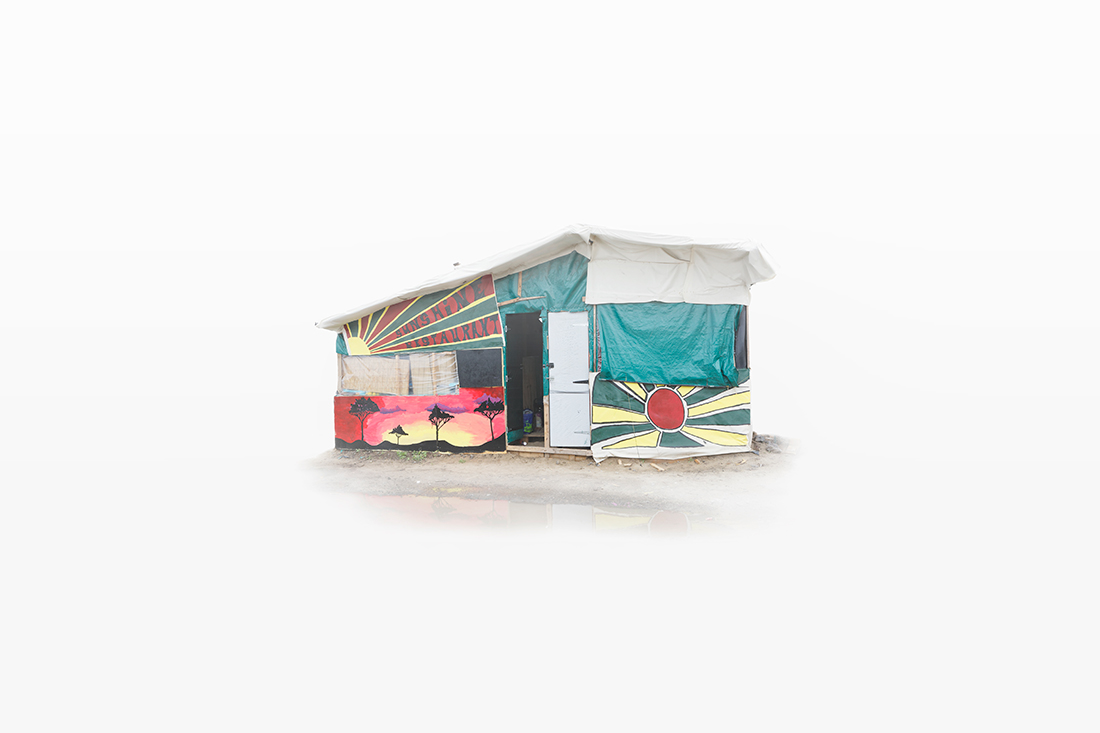 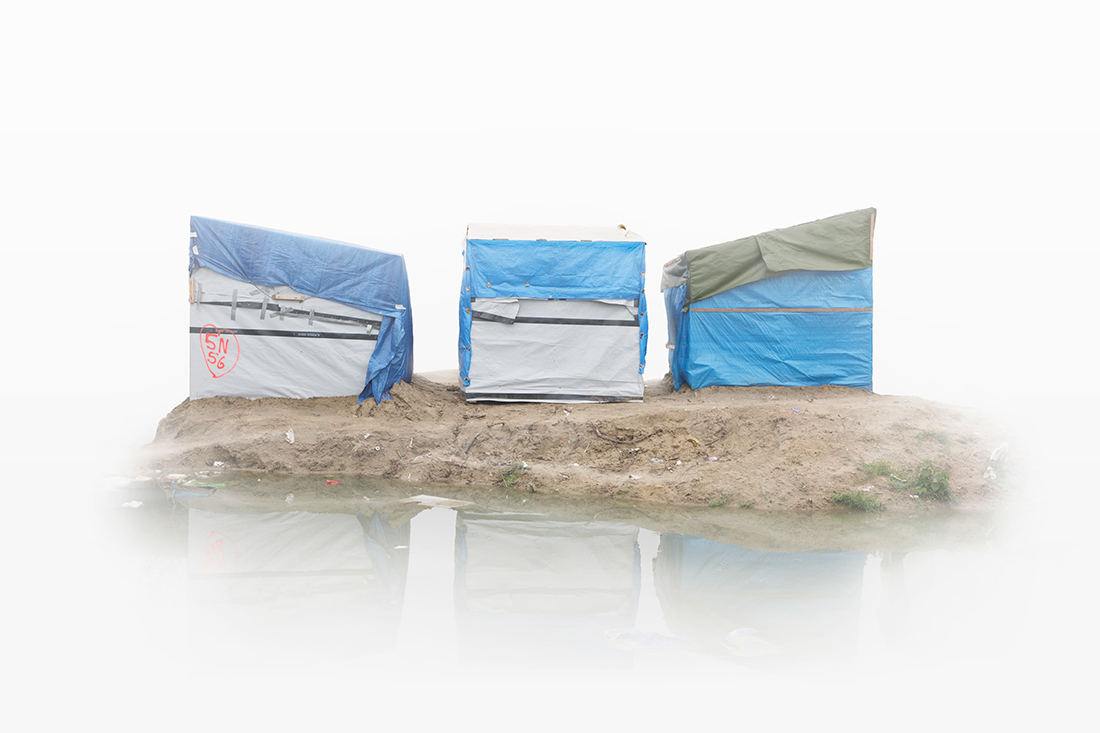 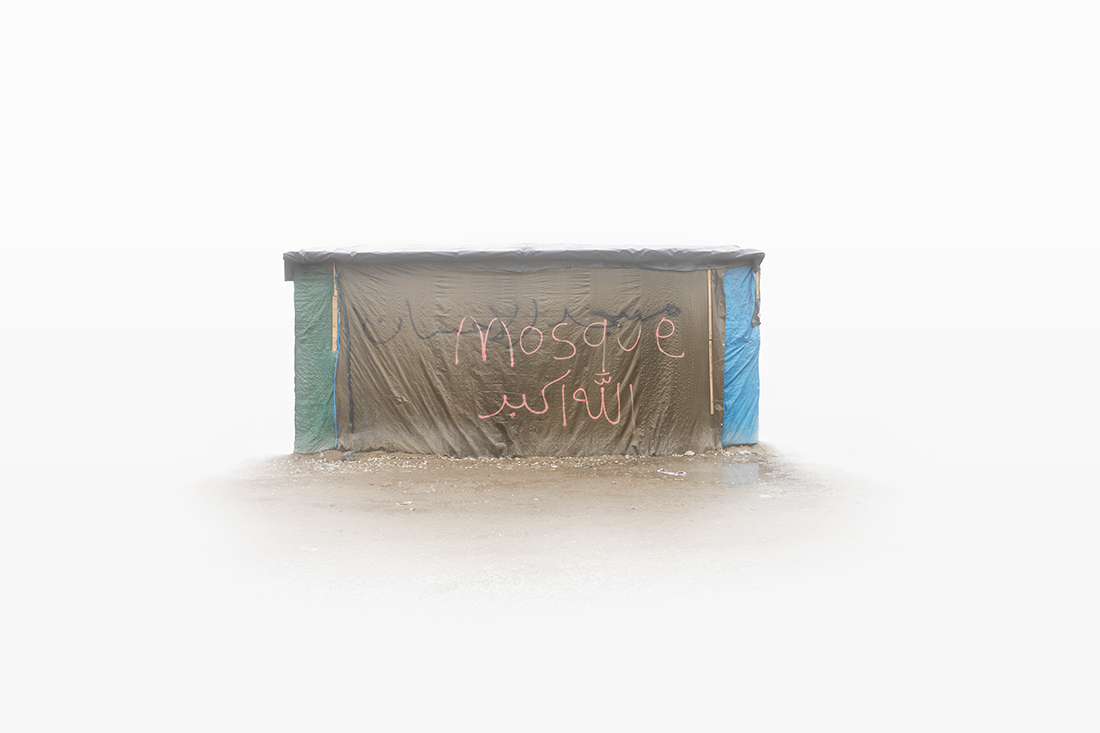 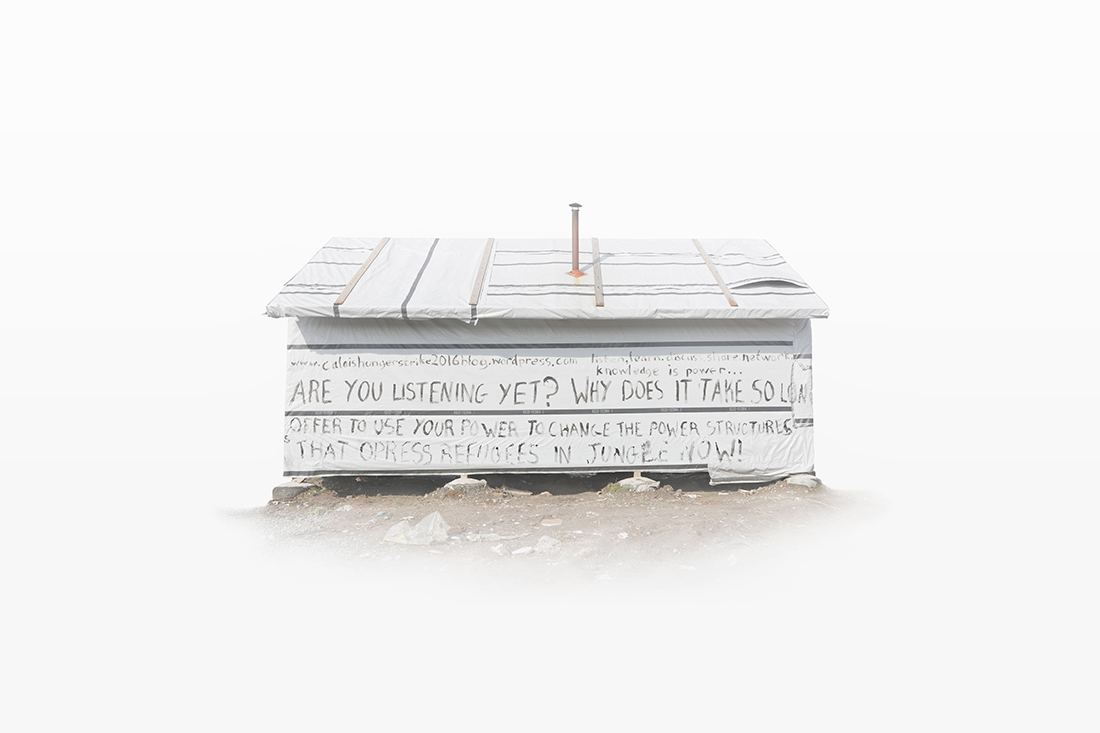 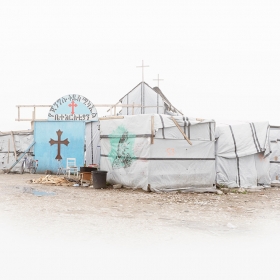 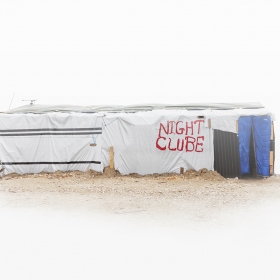 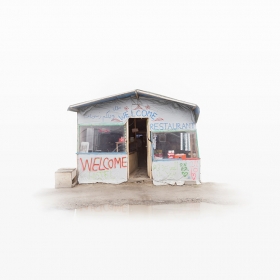 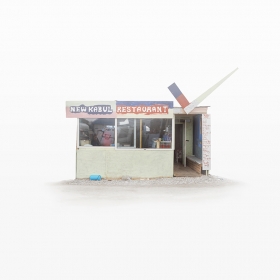 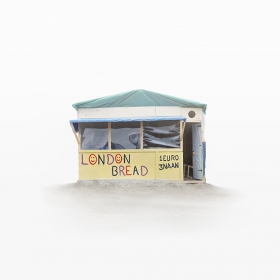 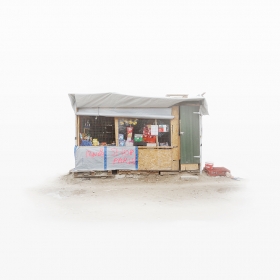 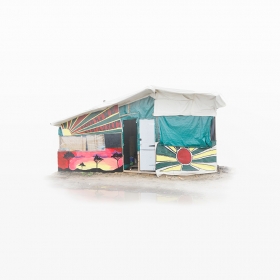 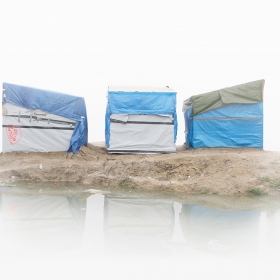 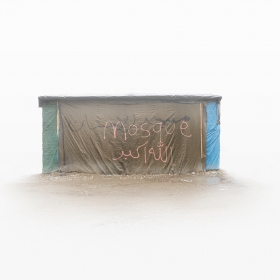 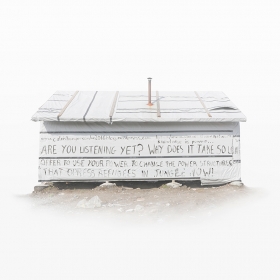 camille gharbi
A place to live.
Share
Support this photographer - share this work on Facebook.
Those pictures were taken over spring 2016 in what was called the Calais Jungle.
They display some of the constructions that were built by refugees and association workers in the slum, which sheltered several thousands of people since 2014 and was dismantled in October 2016 on government order.

The constructions shown here are isolated from their context.
They are isolated from the original environment which has polarized media attention for so many years and about which so much as been said, shown, written on, and which was finally destroyed as no better option was found. Perhaps so that it can’t be seen anymore.

The buildings are standing in front of us, isolated from a noisy context.
They are not talking anymore about an inextricable situation, neither are they the symbol of an international crisis, a problem we struggle to solve, a drama we don’t want to watch.
They are simply standing in front of us and talk just for themselves.
They are questioning us. Sometimes with violence, but also with humour.
Beyond the cliches and the miserable representations which are usually associated with such places as the Calais Jungle, those constructions show us the incredible resilience of the people who built them.
They tell us about the lives that strive for a new start, about cleverness, creativity, hope, and mutual assistance.
They talk to us about pain, but also about strength and optimism.

As many qualities that, in another world, we might have been able to acknowledge.

NB : In February 2016, the Administrative Court of Lille approved the deconstruction of the south part of the Jungle. However, the judge concluded that some of the shelters built by the migrants could be considered as « places of living », « which are necessary to the migrants and to which they are attached for cultural reasons mostly. The Judge in charge of the case considers consequently that the evacuation measure should not be applied to those places of living. ».
Considering this decision, migrants and associations started writings on the shacks. Most of them were destroyed a few days later, during the demolition of the south part of the Jungle.

About author:
I am a French photographer based in Paris. I work in the fields of architectural photography, portraiture, and press. In parallel to my commissioned works I develop personal projects related to social and contemporary issues. I find that photography is a medium that connects one another. It brings up specific realities or point of view that enlarge our perceptions of the world in which we live.
Some of my works have been part of several collective and individual exhibitions such as Lens Culture Emerging Talent Award 2018 in New-York, Festival Circulations 2019 in Paris, Arte Laguna Prize in Venice. I have won the Fidal Youth Photography Award 2018 with my photo series "Proofs of Love".