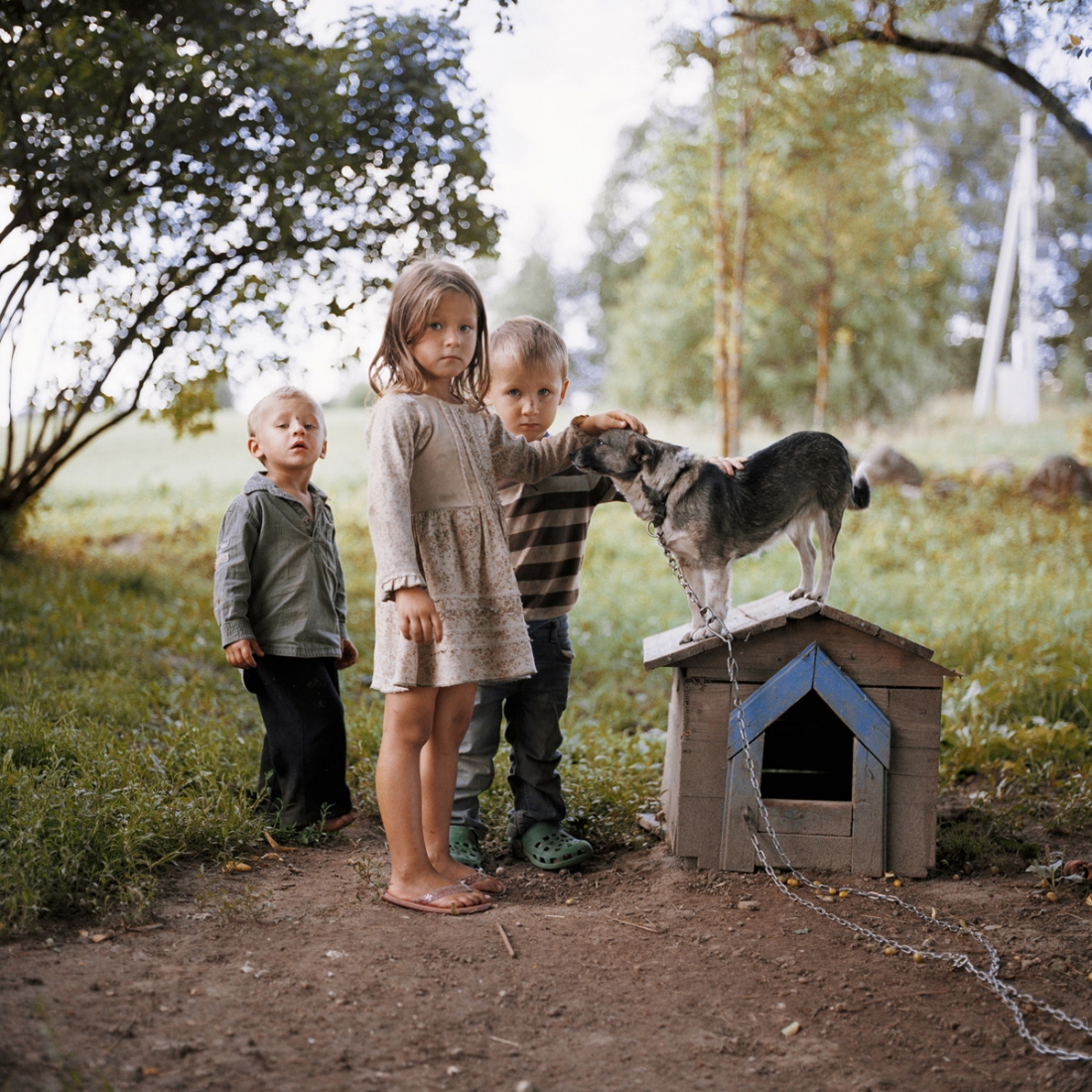 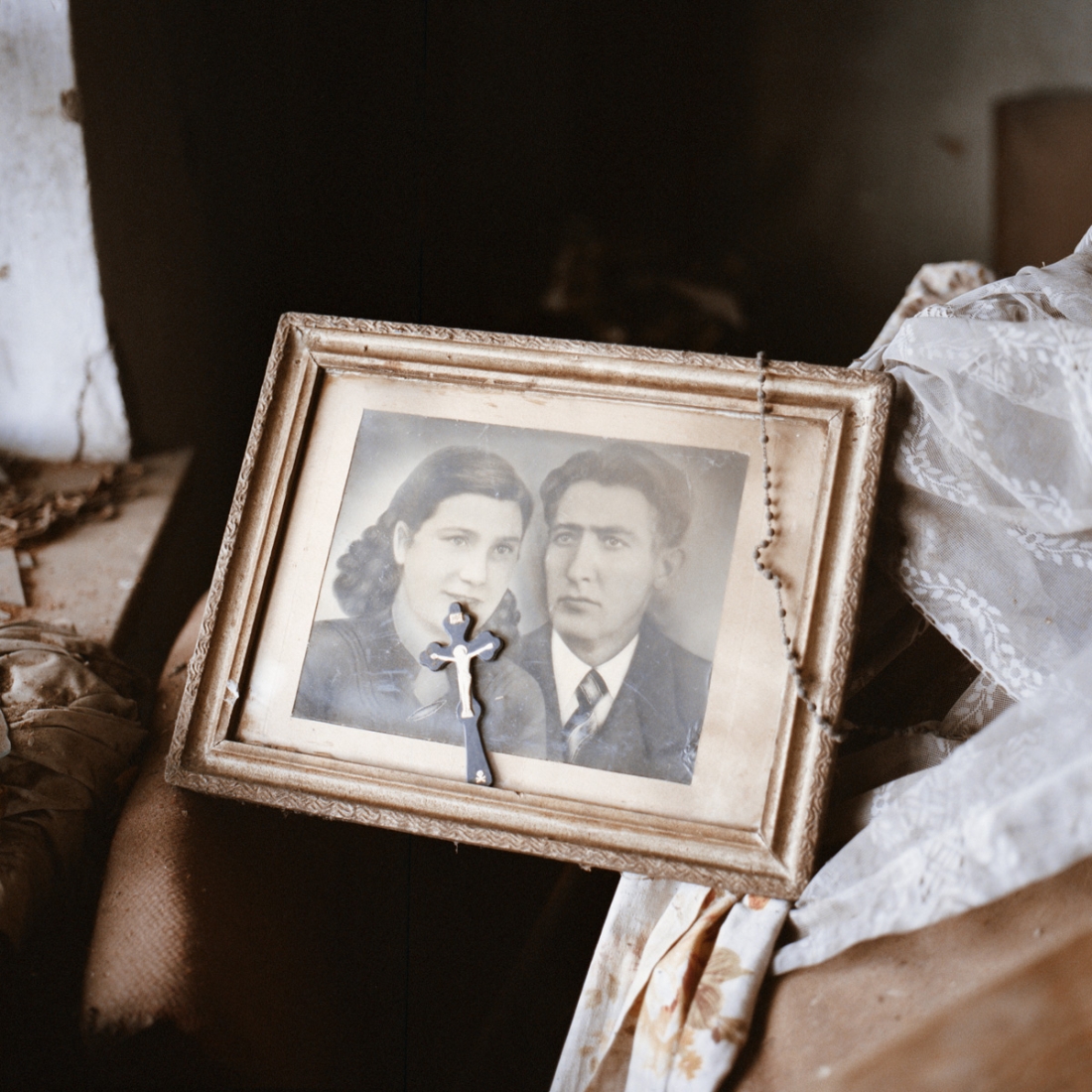 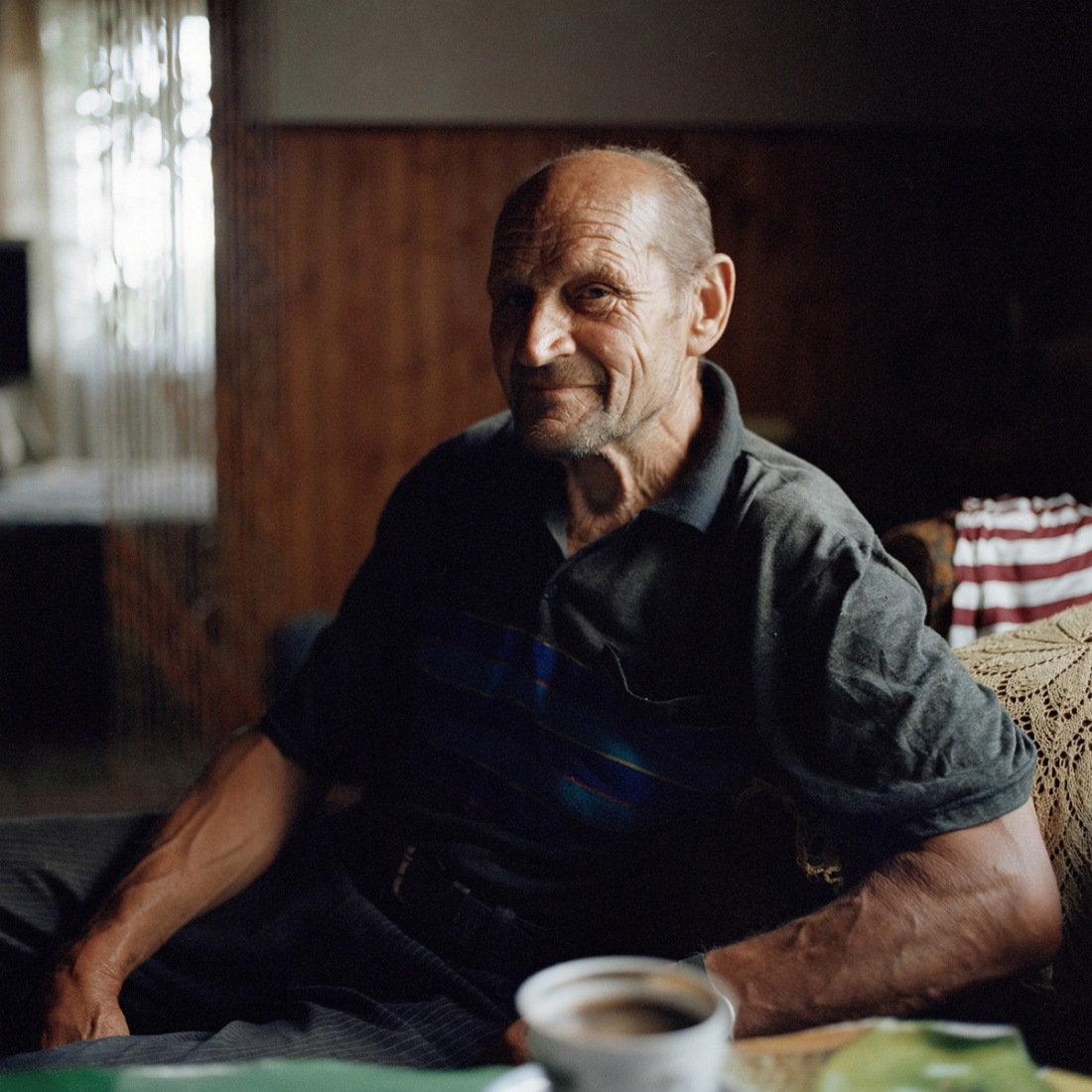 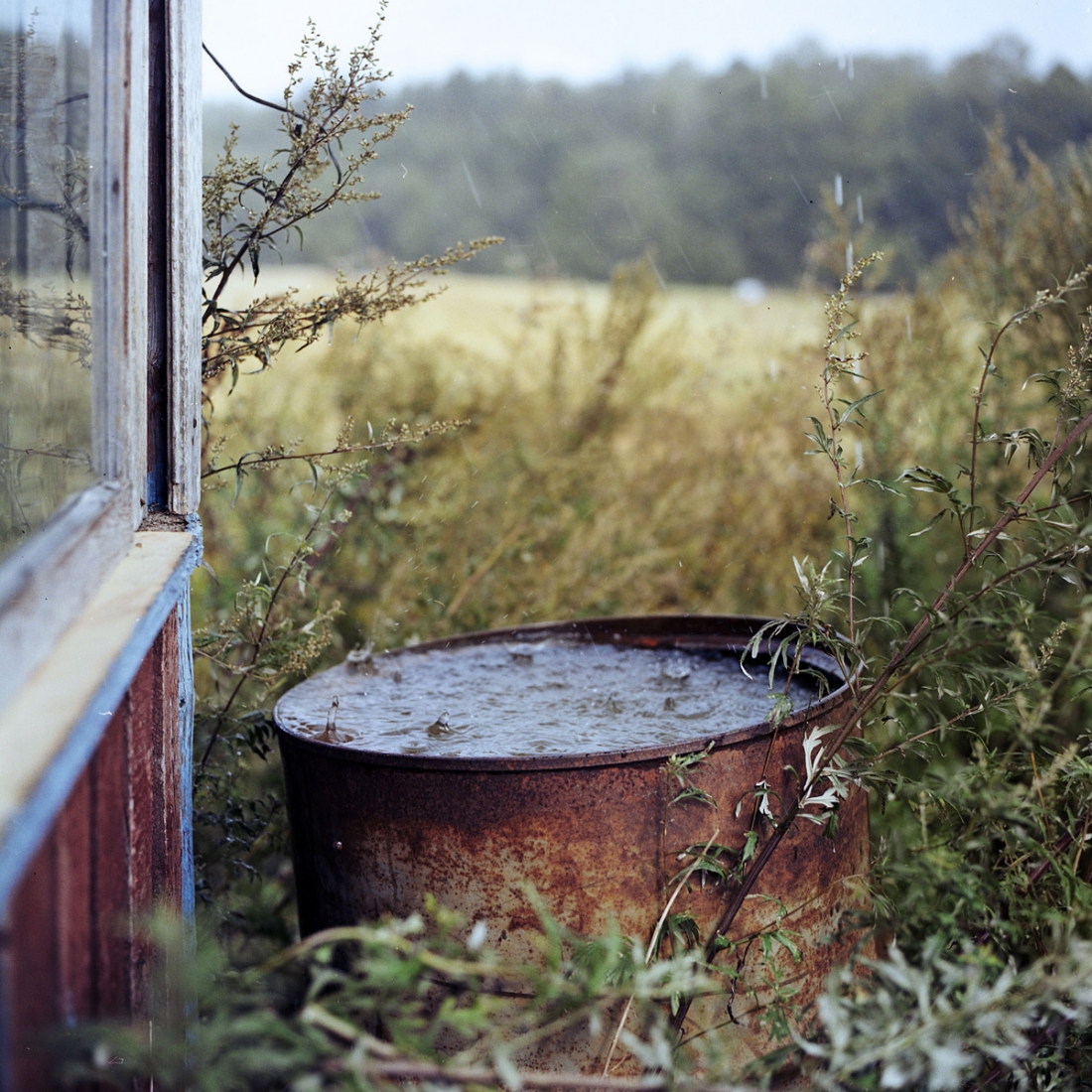 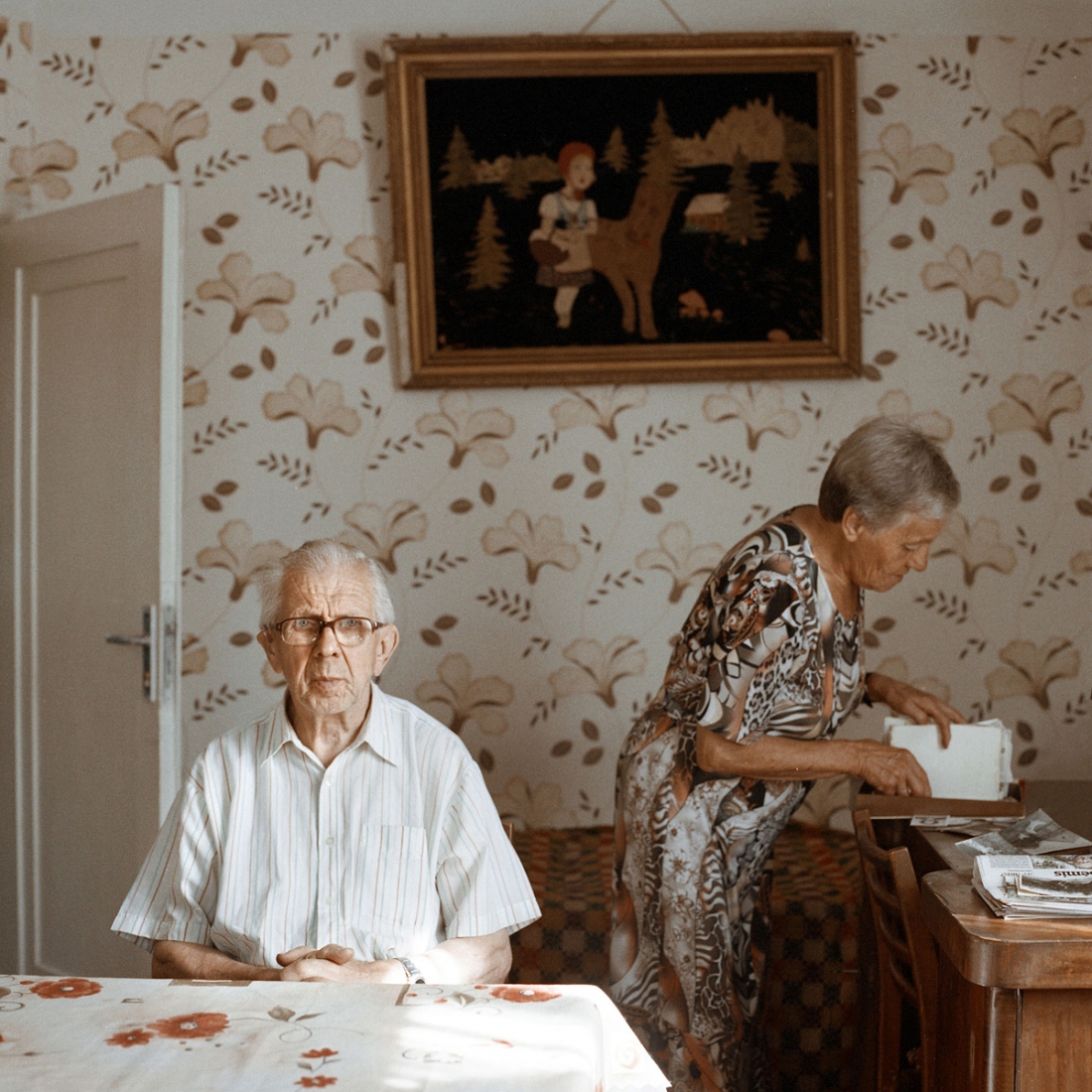 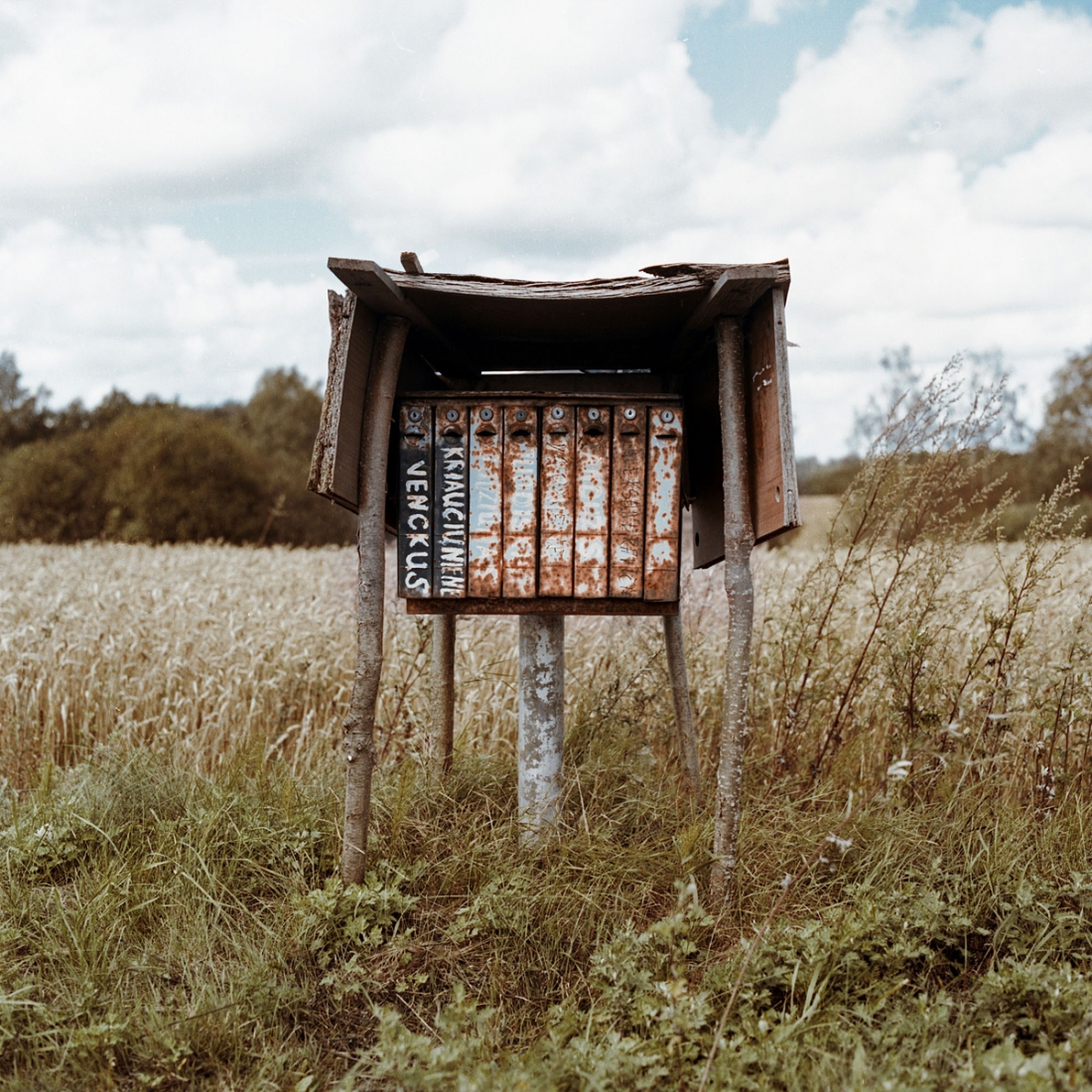 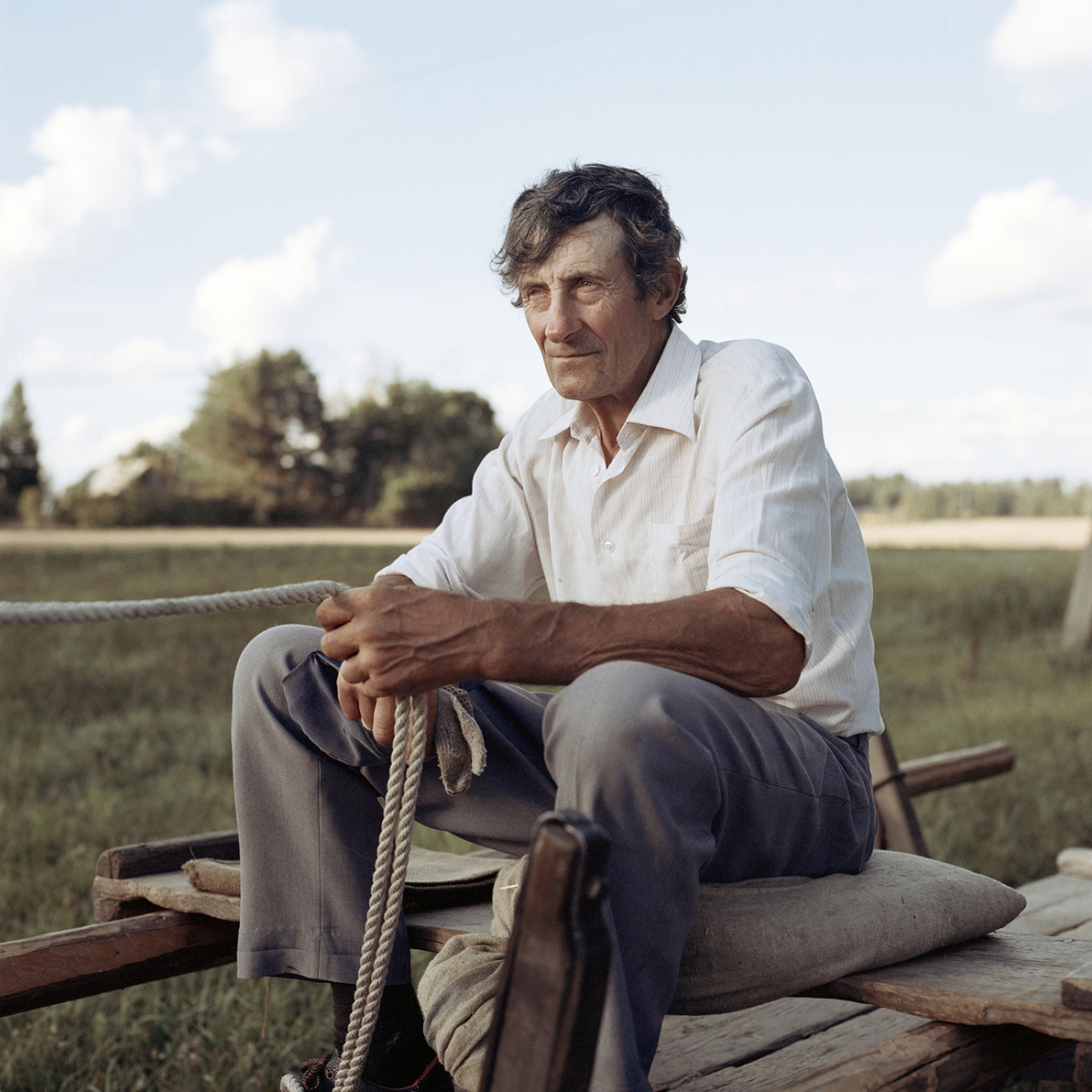 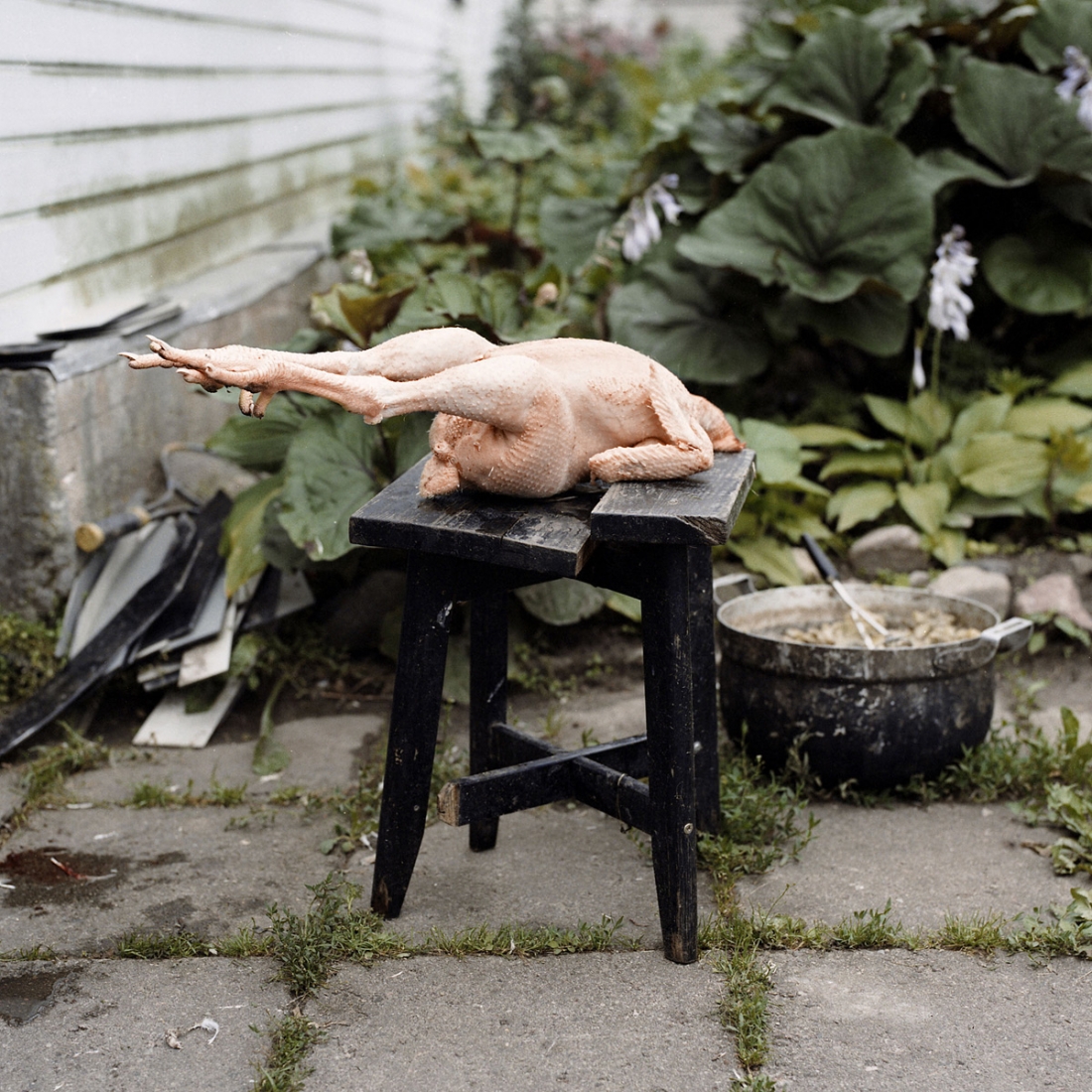 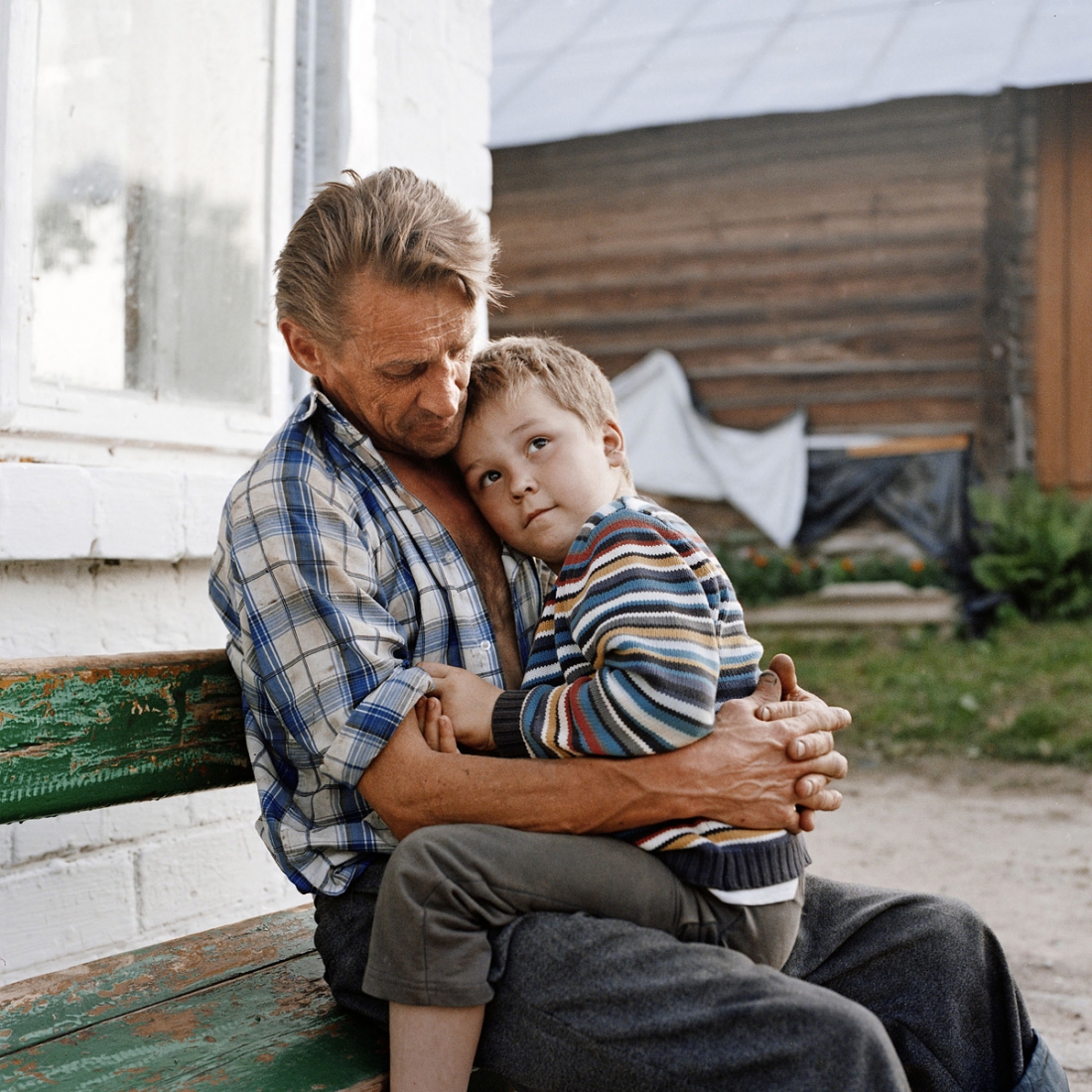 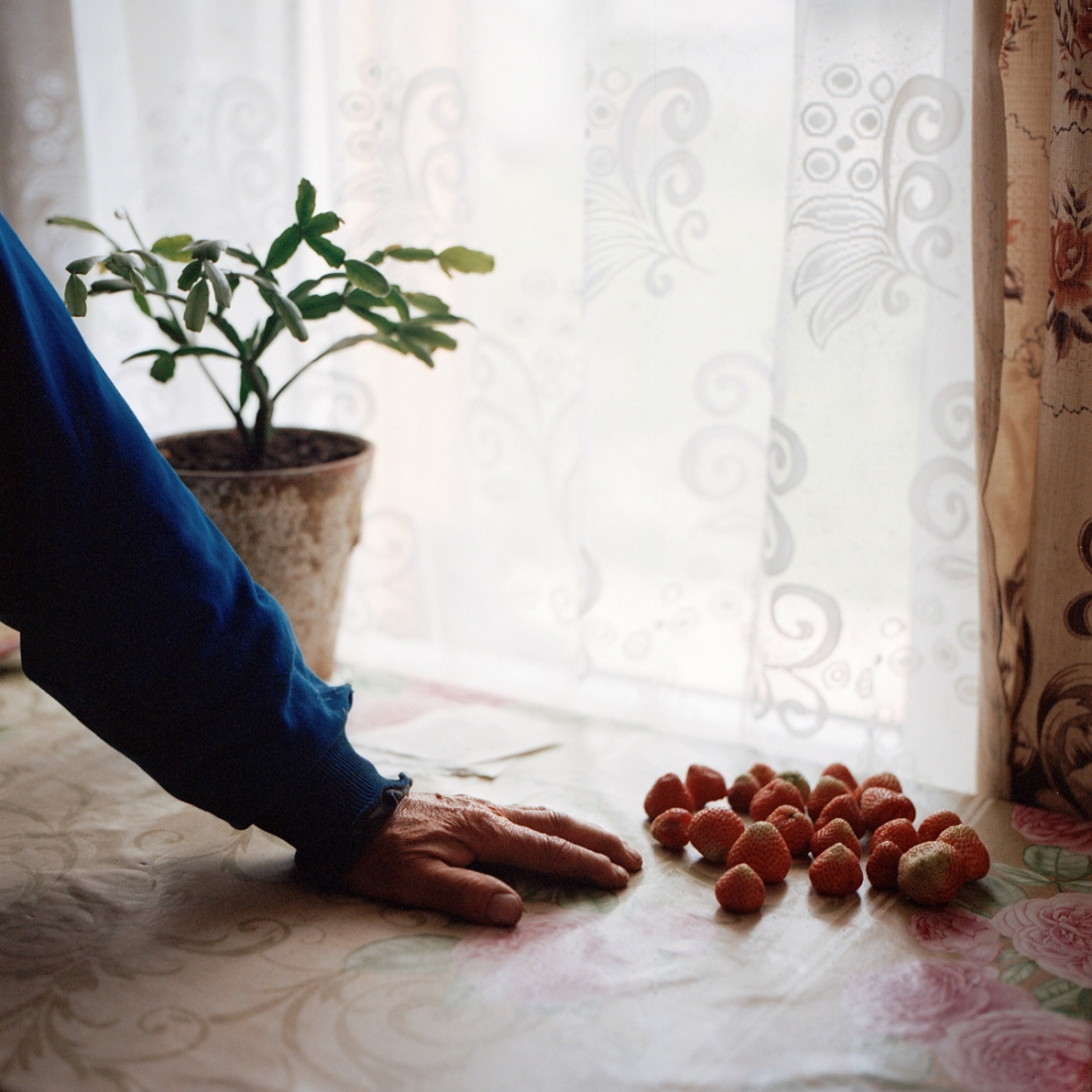 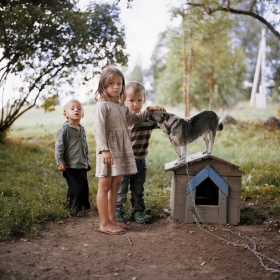 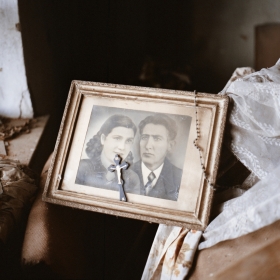 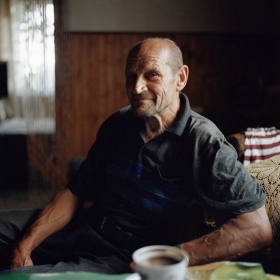 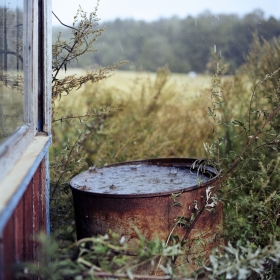 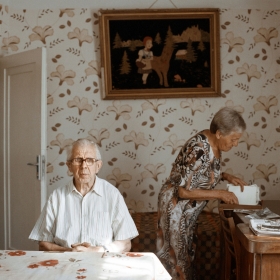 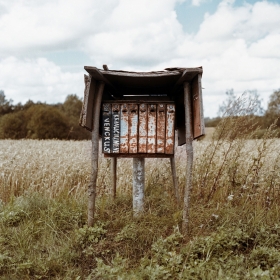 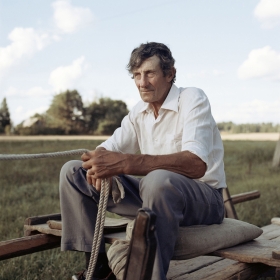 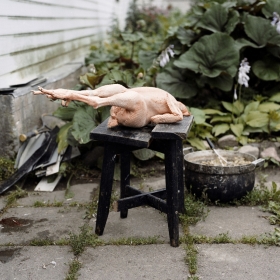 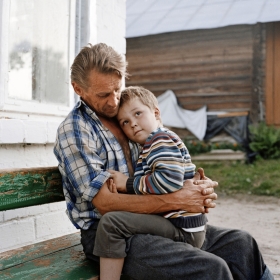 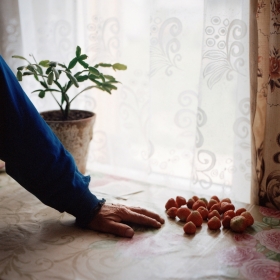 Tadas Kazakevicius
Soon to be Gone
Share
Support this photographer - share this work on Facebook.
As far back as in the 1930s, during the times of the Great Depression in the United States, a group of photographers such as Walker Evans, Dorothea Lange and Jack Delano, led by Roy Stryker, Head of the Farm Security Administration (FSA), kept restlessly recording views which were soon destined to fade into obscurity. The continuous migration of people moving around in search of easier conditions of life was relentlessly changing the demographical map of the States: homesteads, villages, small towns were disappearing right before the eyes. All this was photographed and put into extensive archives – the effort of those photographers proved not to have been in vain.

A somehow different process is ongoing in the present-day Lithuania too. Neither in the scope nor the conditions of life should those two situations be compared, though something still prompts us to look for similarities.

Just within the last decade, this continuous migration has caused the population of Lithuania to shrink by almost one sixth. Towns that have usurped the whole economics and are sucking out young people to the cities, inappropriate lifestyle often adopted by the young rural generation – those who are still here – all this is inexorably changing our country. Just one question inevitably arises: for how long will our forests and valleys be adorned by views of homesteads and villages – places where a totally different understanding of time and closeness still exists? For how long will there still be found places where an unexpected visitor is met like a close relative and every passer-by is greeted with a heartfelt ‘hello’?

Every time a thought like that crosses my mind, I, as a photographer, am driven by an instinct to hurry and turn those symbols and places into something more than just memories in the stories of future grandparents. Though a recorded image is incapable of reviving what has been lost, it still lets us remember something that perhaps once, while speeding by, momentarily caught our eye at the roadside. Maybe this monument to the Lithuanian countryside will evoke some sentimentality from the viewer and touch those deeply hidden corners in the memory which we, seemingly inadvertently, have closed up, being used to accept what can be gone very quickly.

About author:
I am Tadas Kazakevičius, 36-year-old Lithuanian documentary and portraiture photographer, living in Vilnius, Lithuania. I am committed to individuals and their stories, as the principal subject of my photography. I am a devotee of traditional film photography and prefer using medium and large format film cameras.

After spending five years in the United Kingdom, for the last eight years, I have been living back in my native Lithuania, where I am particularly interested in the social aspect of people living here.

Along with other photo projects, I have been developing my new continuous series ‘Soon to be Gone’ that became a finalist in LensCulture Exposure Awards 2017. The same year it was featured in The Royal Photographic Society 160 exhibition. In the start of 2018, I was picked as a finalist in ZEISS Photography Awards 2018 and at the end of 2018 part of the series was shown in Les Photaumnales festival. Le Quadrilatère Gallery, Beauvais, France later presented in the 2019 February issue of The British Journal of Photography and in 2020 became finalist in LUMIX festival of young photojournalism.

My new series 'Between Two Shores' secured me the place among the finalists of LensCulture Emerging Talent Awards 2018. In the start of 2019 British Journal of Photography featured my series 'Soon to be Gone' in their February print issue. Later that year series got into the Leica Oskar Barnack Award 2019 finals and in 2020 with same series I became finalist in World Press Photo portrait series section, as well as in ZEISS 2020 issue (2nd time). Series were exhibited in United States and China and throughout other countries where WPP exhibitions are travelling.

At the moment I am developing couple of other series concentrated on the issues of disappearance of industrialisation and the Siberian exile theme.