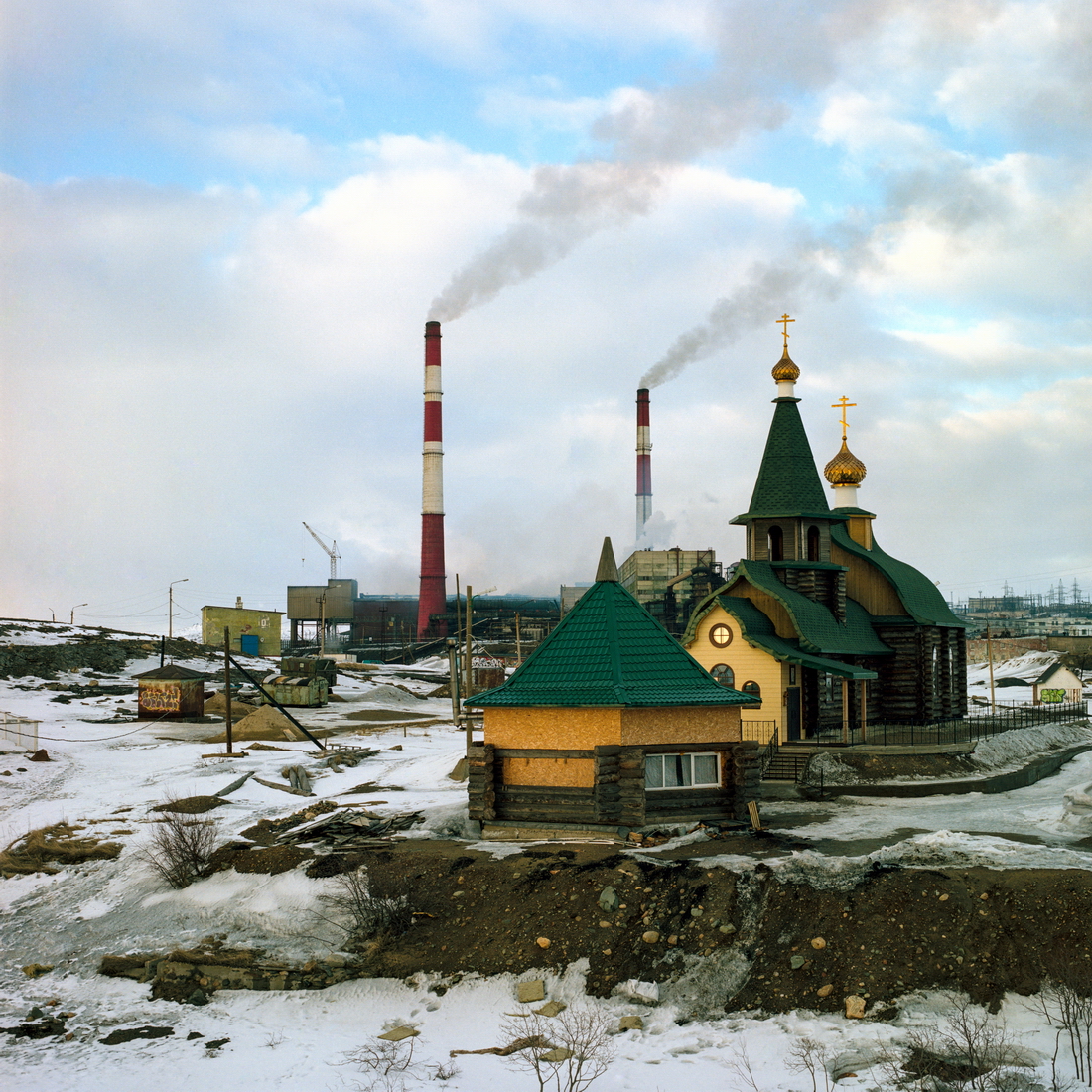 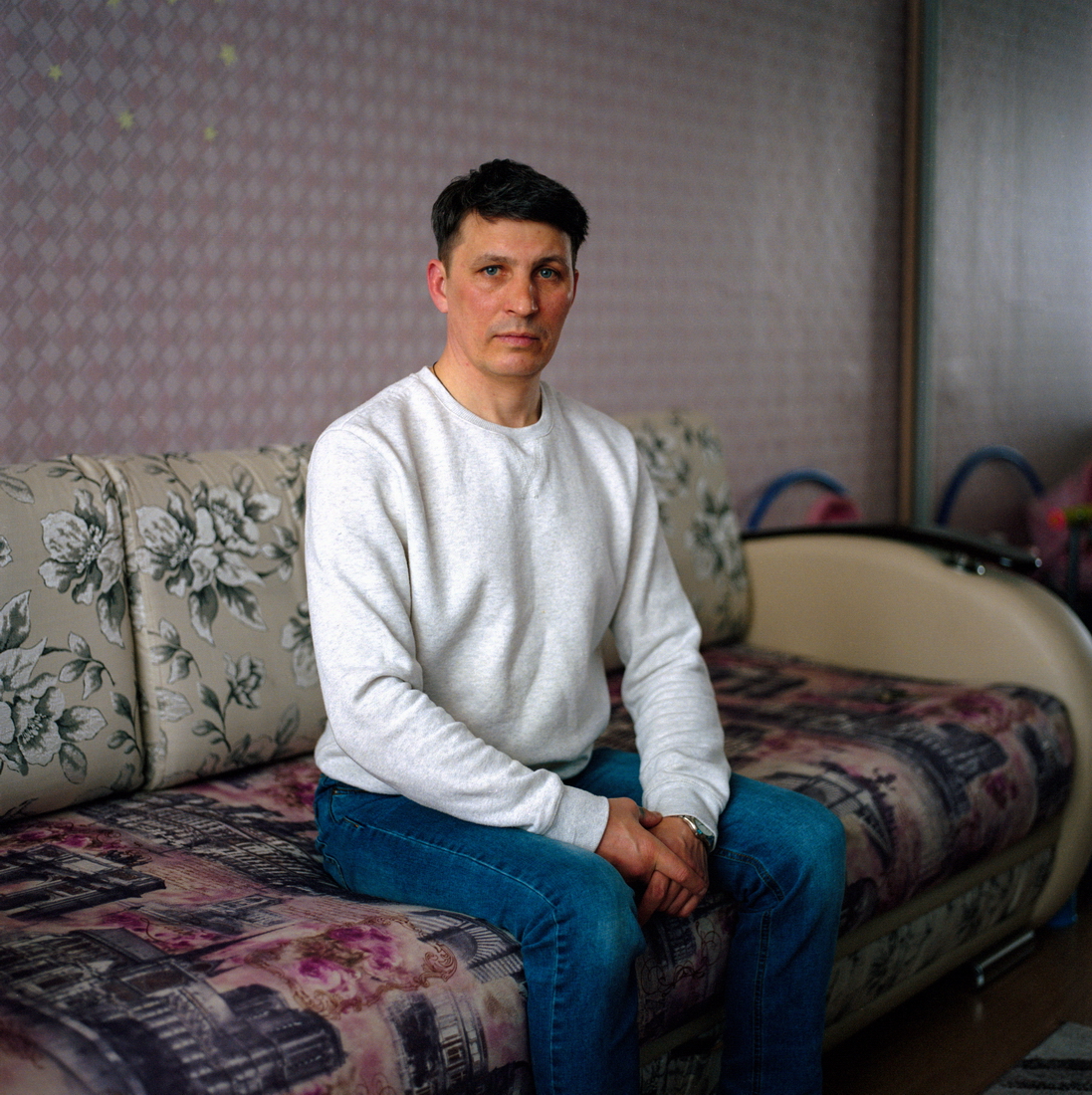 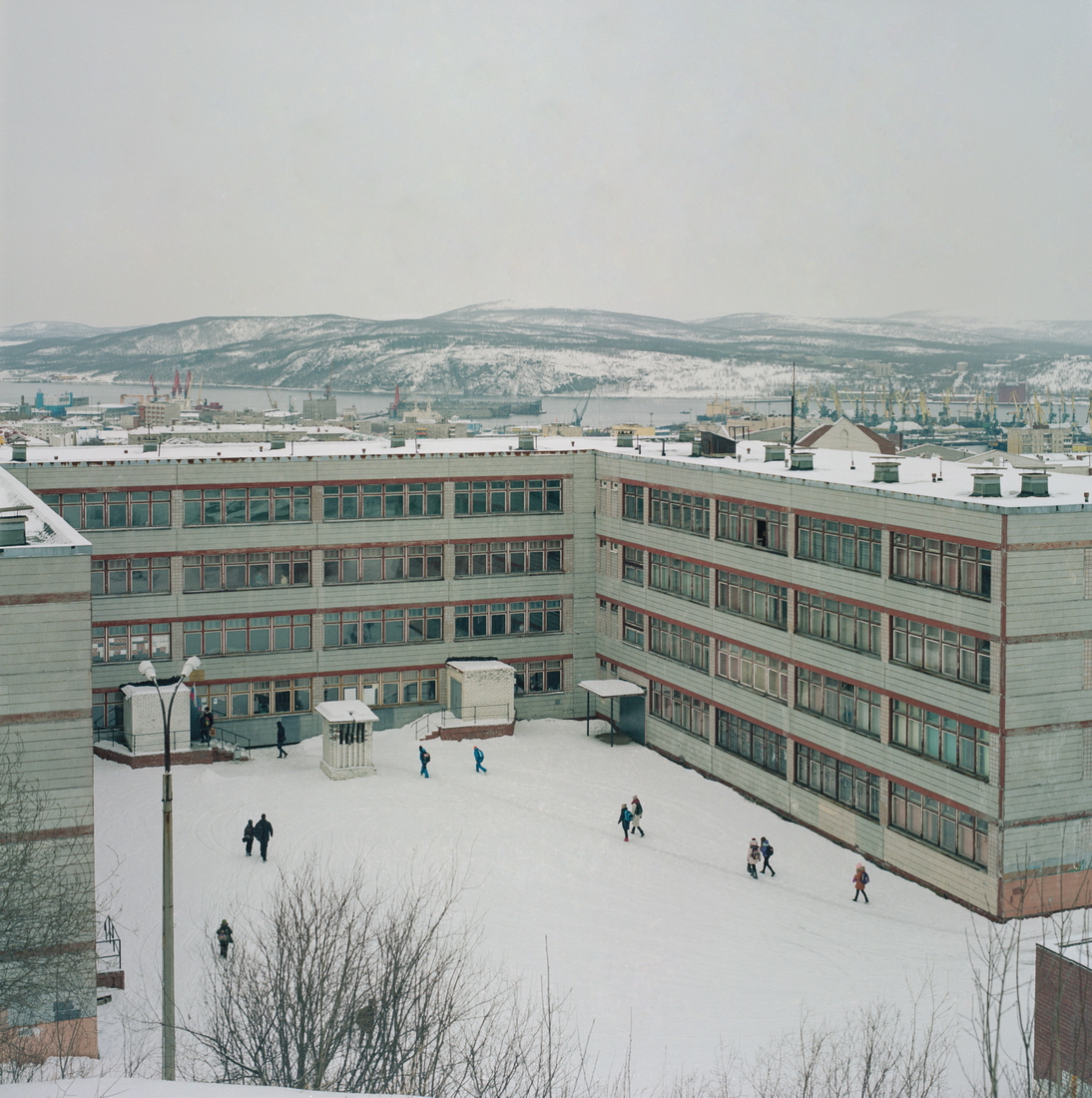 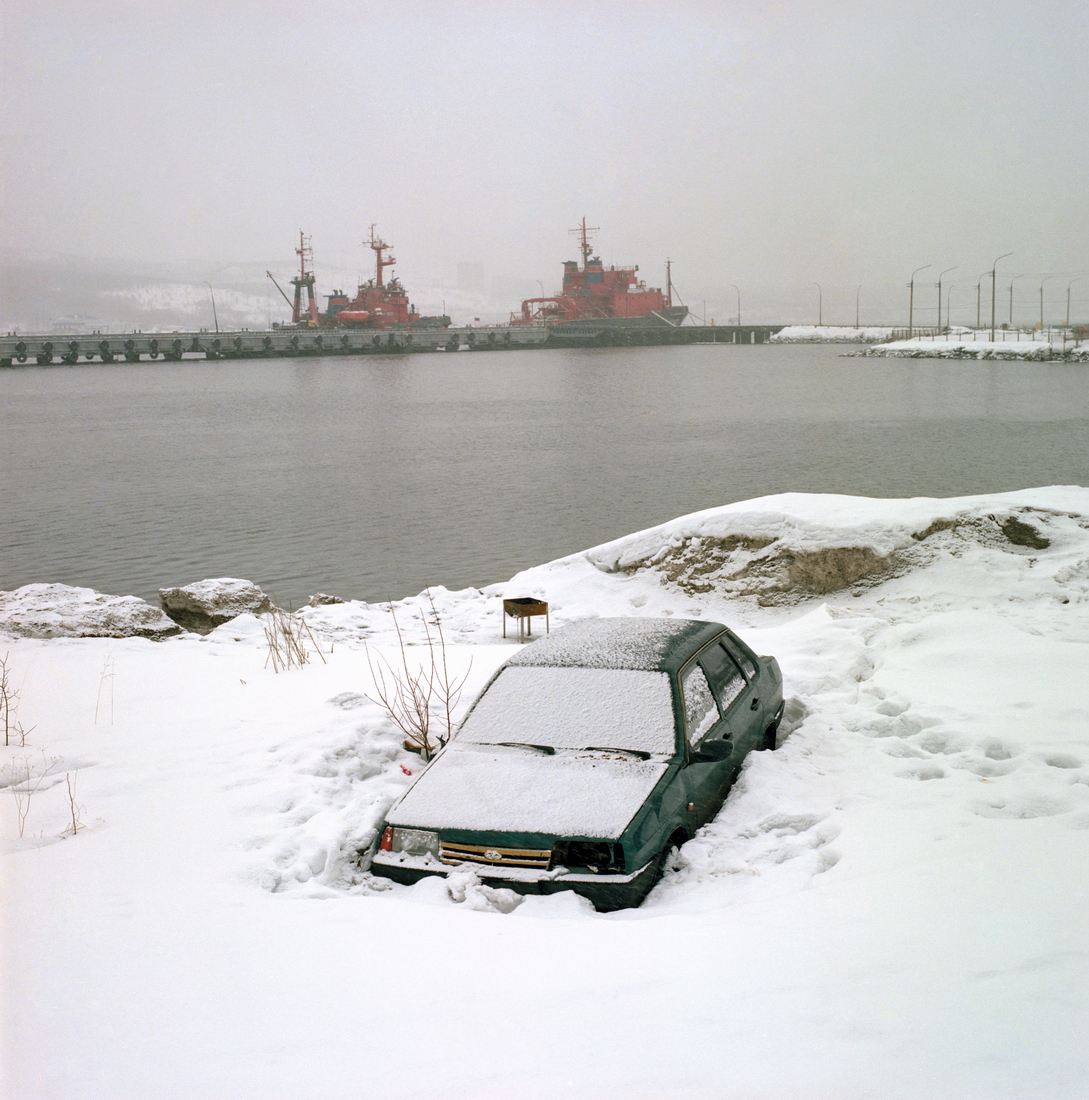 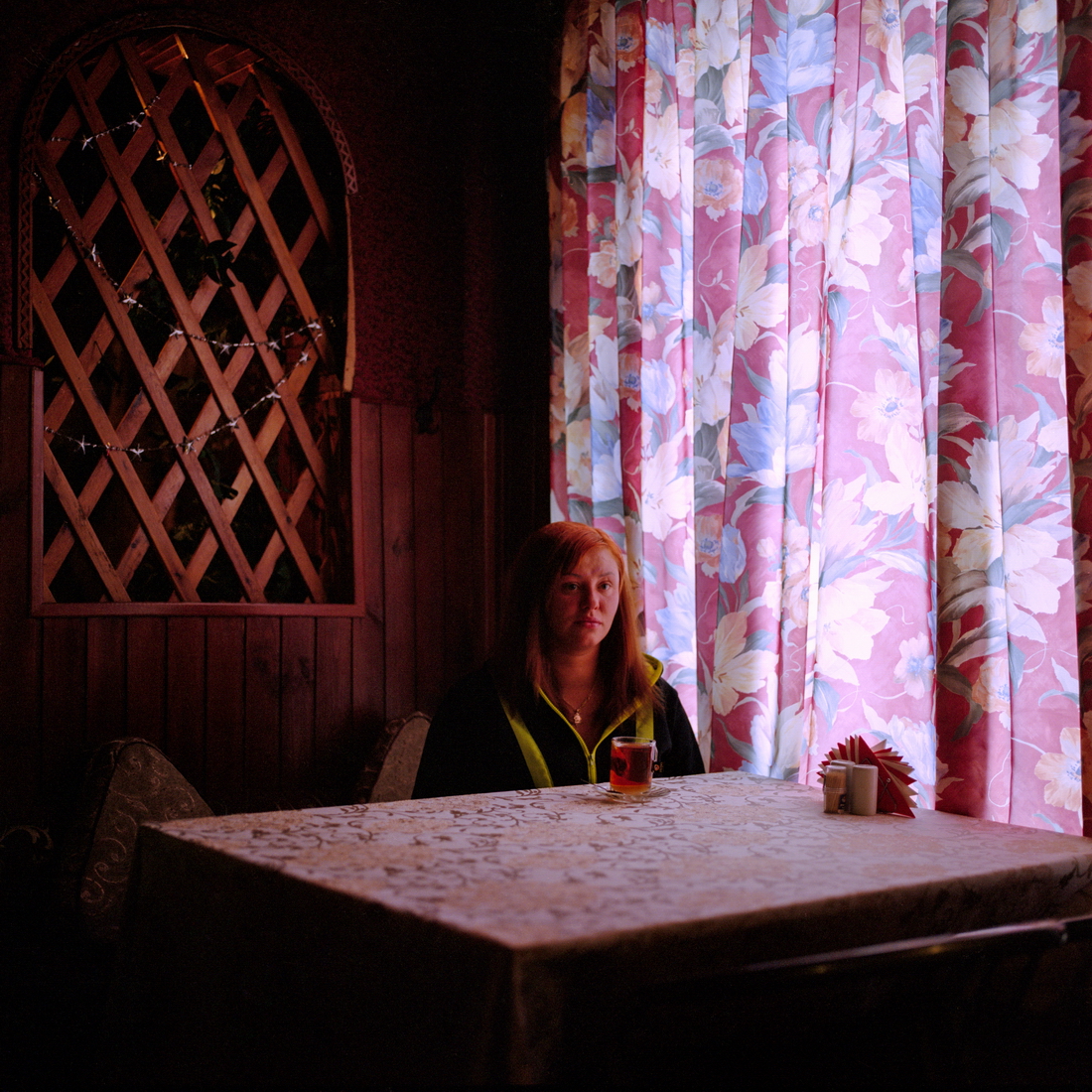 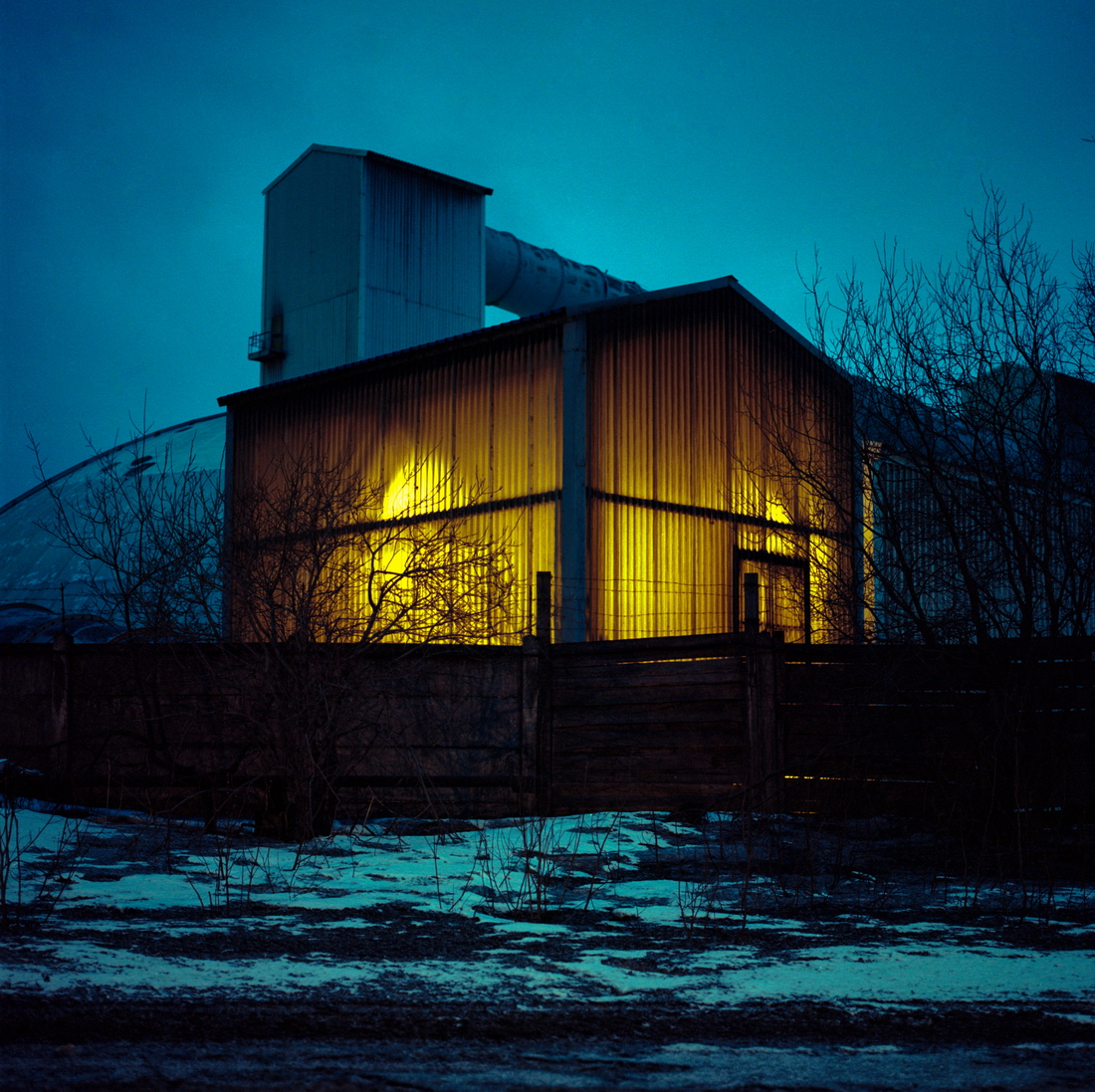 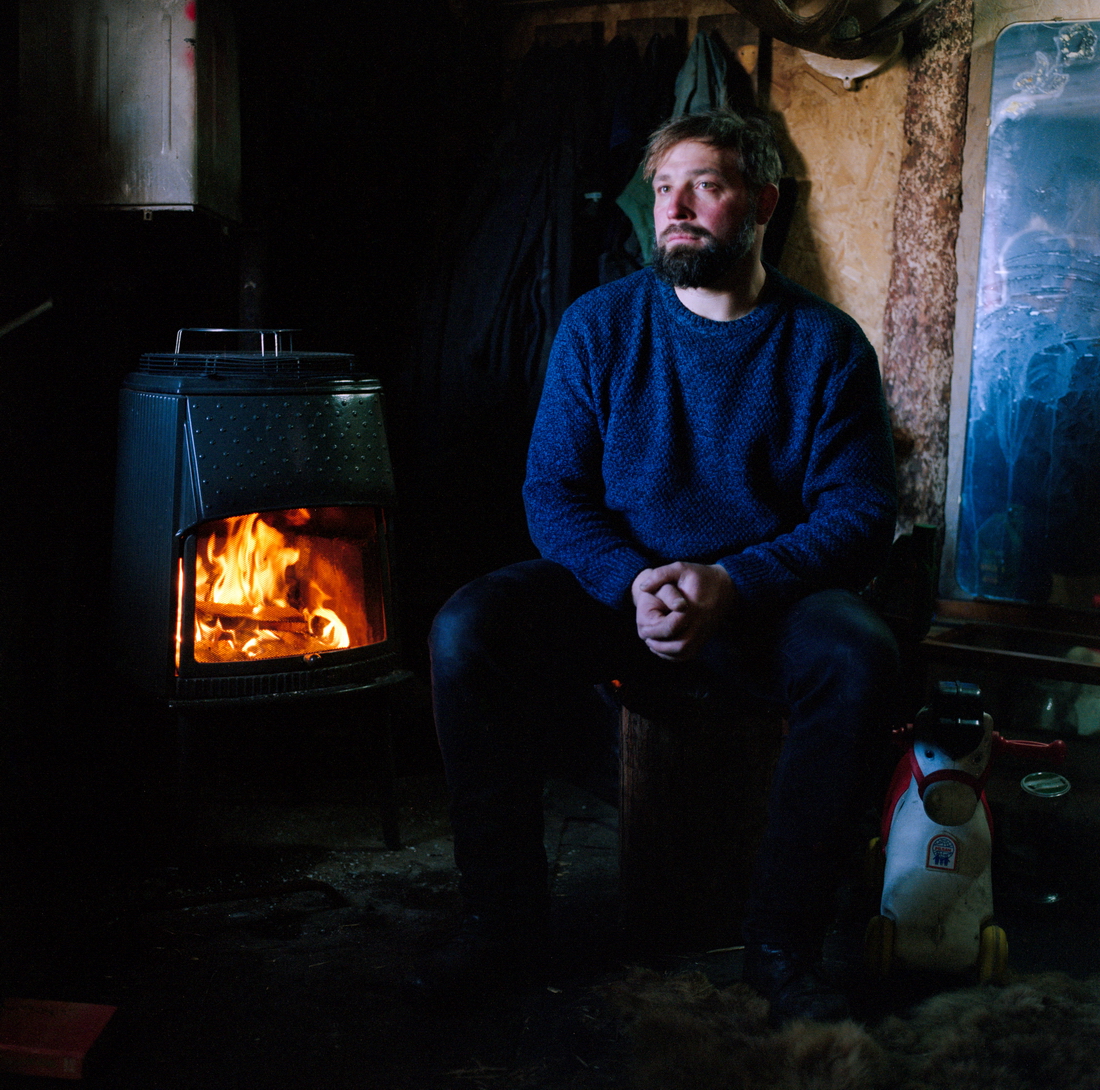 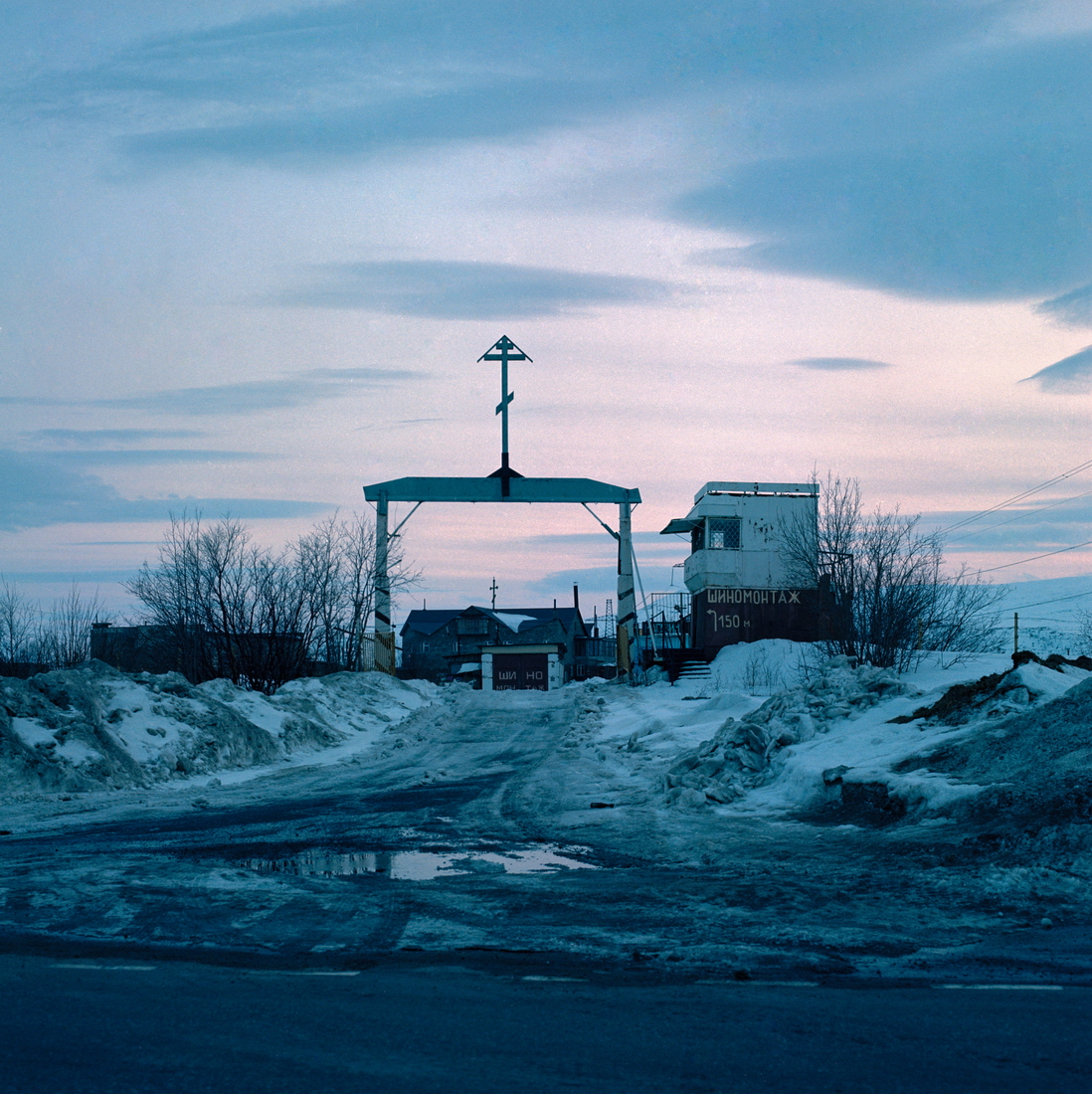 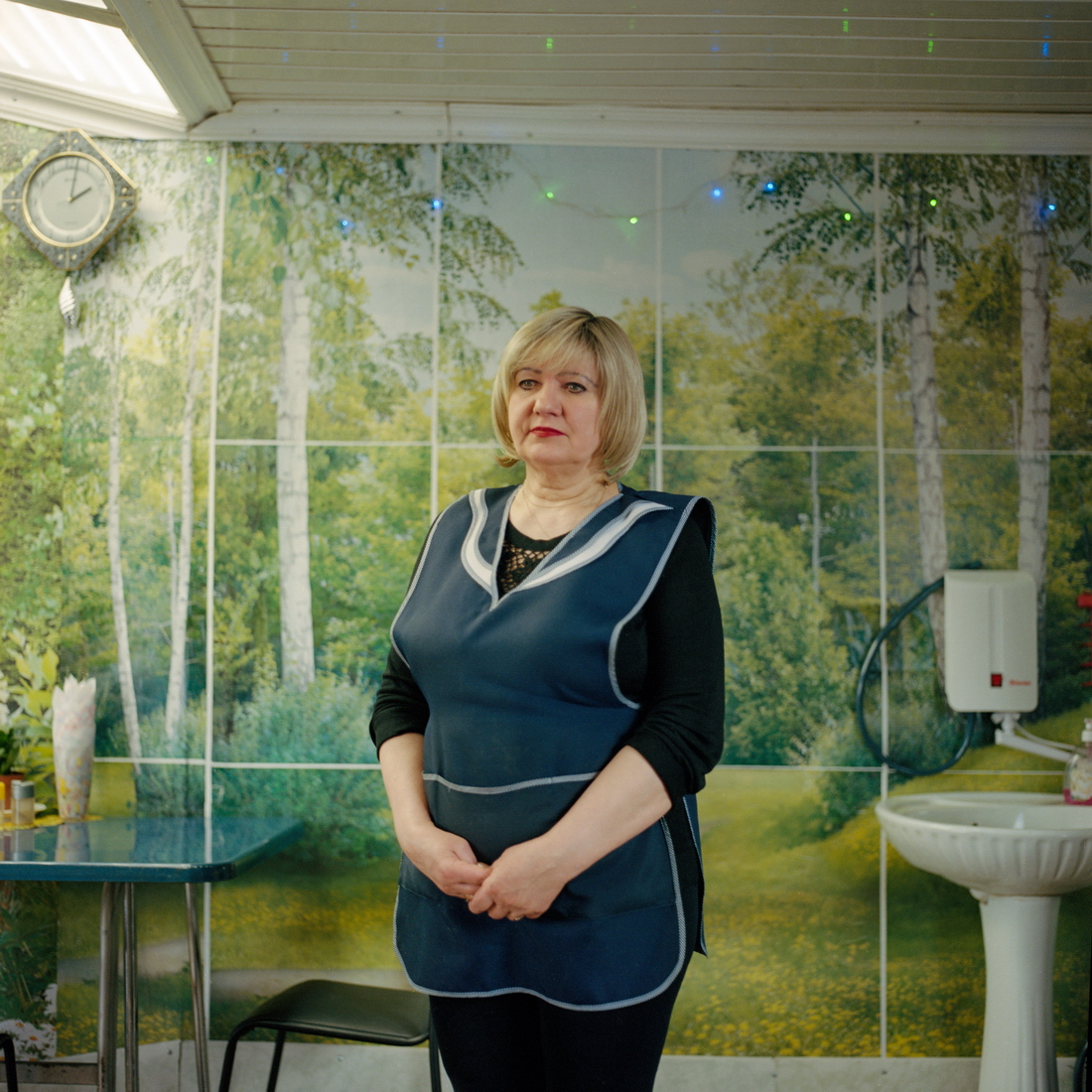 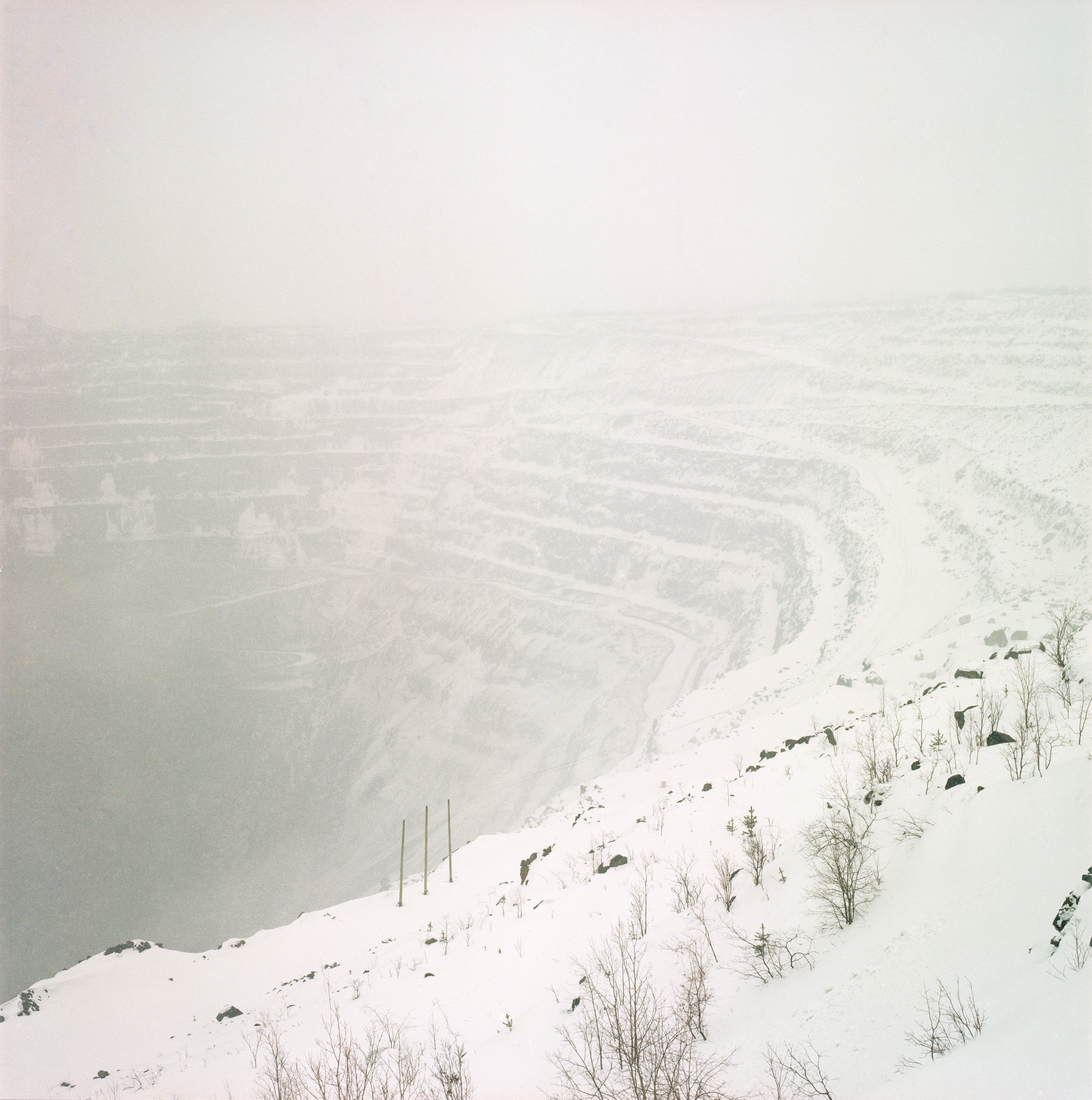 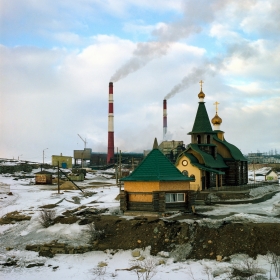 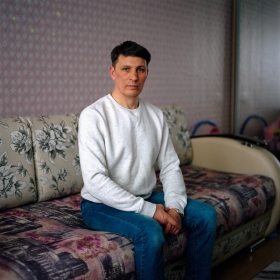 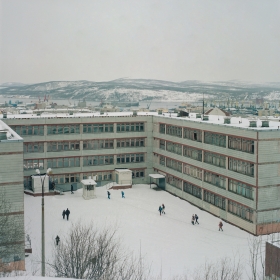 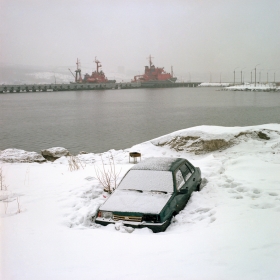 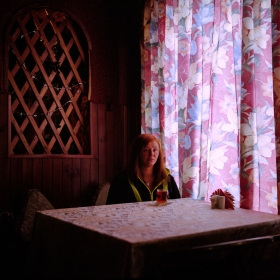 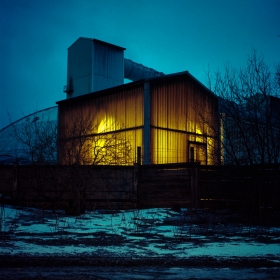 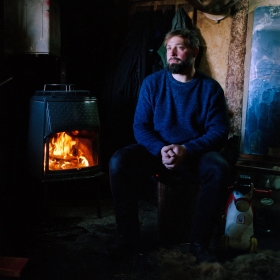 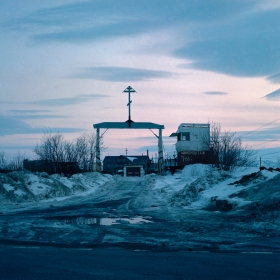 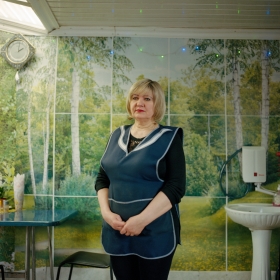 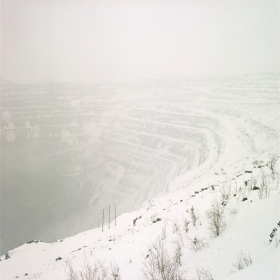 Mikhail Lebedev
Snow Desert
Share
Support this photographer - share this work on Facebook.
Kola Peninsula is the most densly populated region in the world outside of the polar circle. At the start of the previous century, 25.000 people were living on this territory; at the time of the dissolution of the USSR, the population amounted to over a million. It is one of the major territorial conquests at the height of the industrial era.
The largest cities of the region are placed around ports, military objects, colossal natural resource fields and factories processing them. While looking for new opportunities, the pilgrims of the 20th century came here from different regions of the country in order to build roads, cities and factories. They brought with them their languages, traditions and cultures, forming a supranational identity.
Voiceless meditative landscapes, desolate roads with only few settlements, long winters with temperatures as low as -50°C and 40-day polar nights – all these things form an atmosphere of alienation and neglect. The gradual resource depletion and, as a result, the growing depopulation of the cities strengthens these feelings. Step by step, nature is winning back its space.

About author:
Lebedev Mikhail is a documentary photographer and photojournalist from St. Petersburg, Russia. In 2019 he graduated School of Modern Photography Docdocdoc (Saint - Petersburg). He works as a photographer and film director. The most important part of his professional life is personal projects. He is inspired by: hidden communities, social conflicts, progress and its consequences.