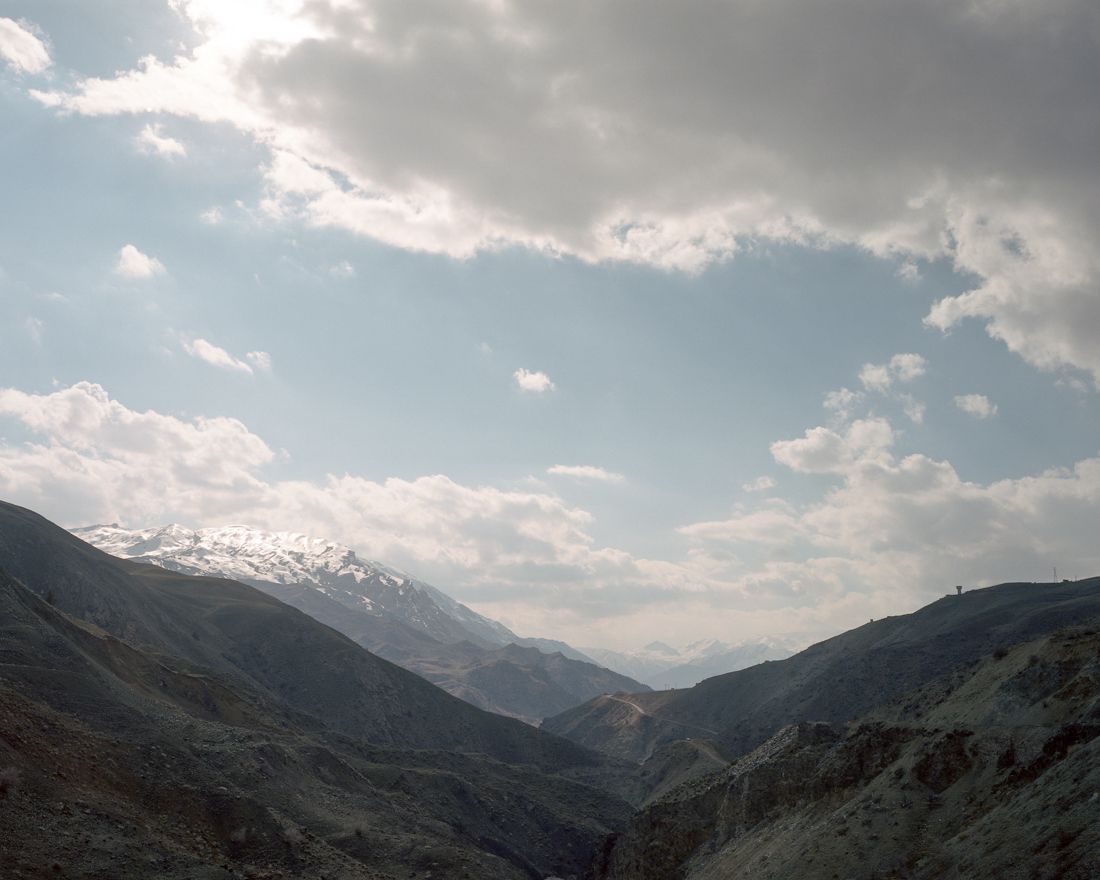 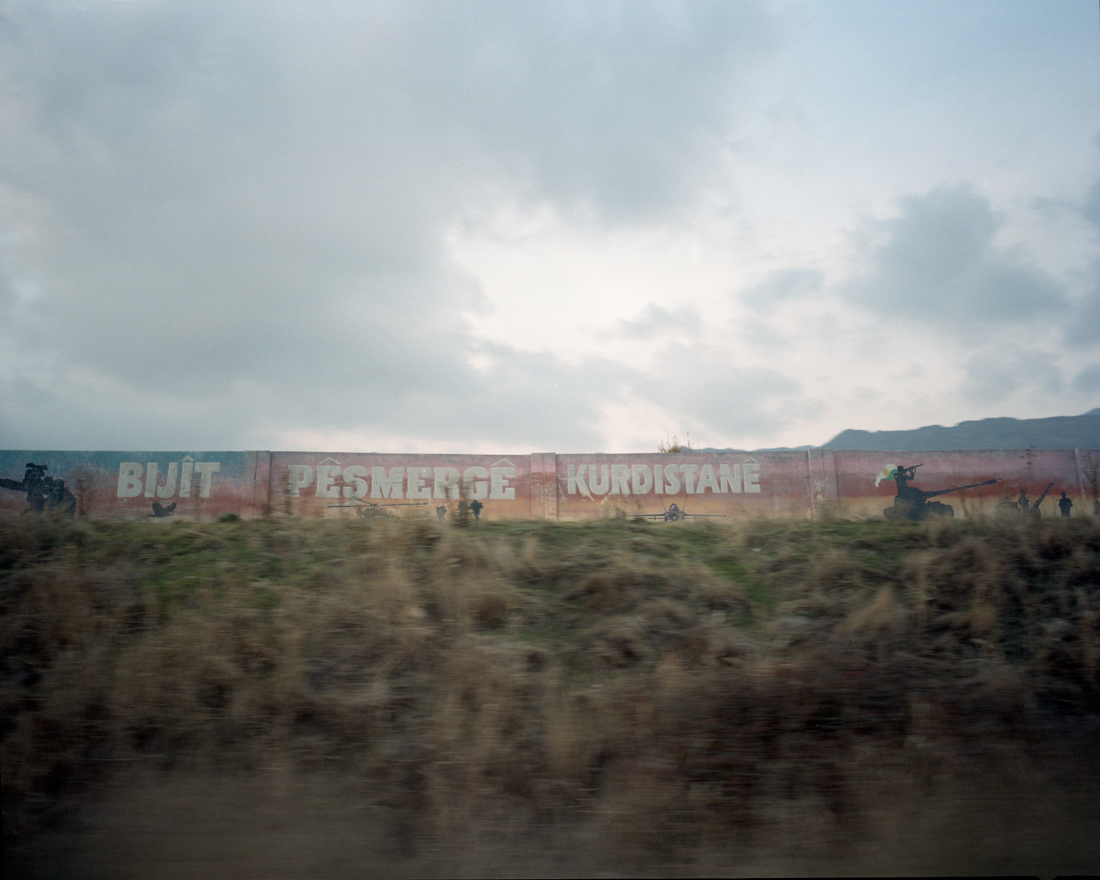 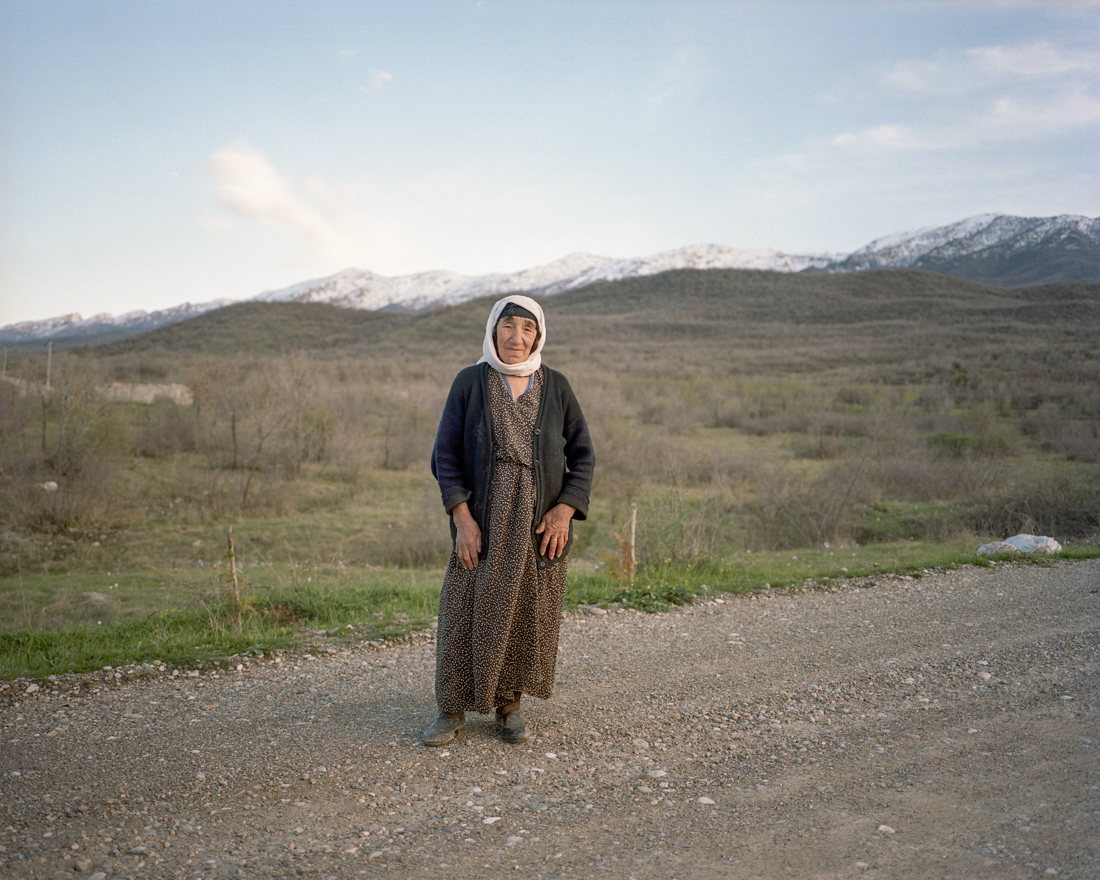 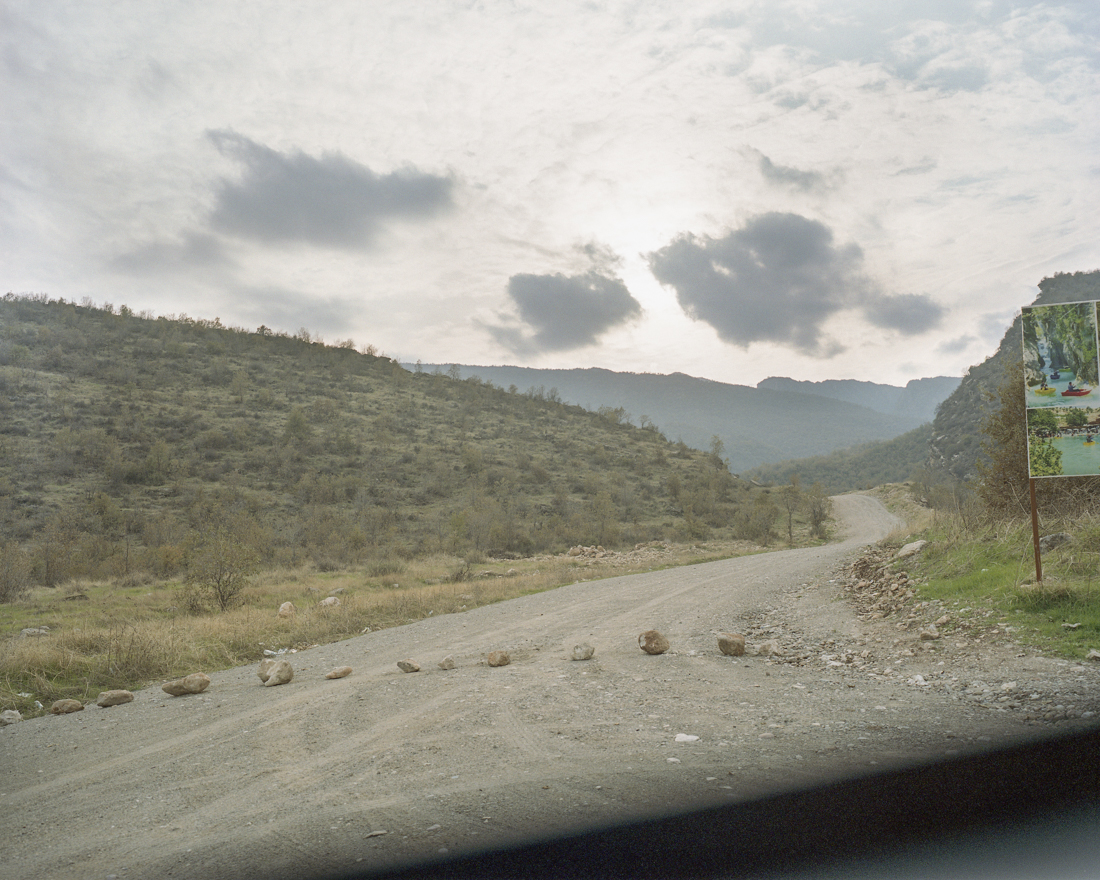 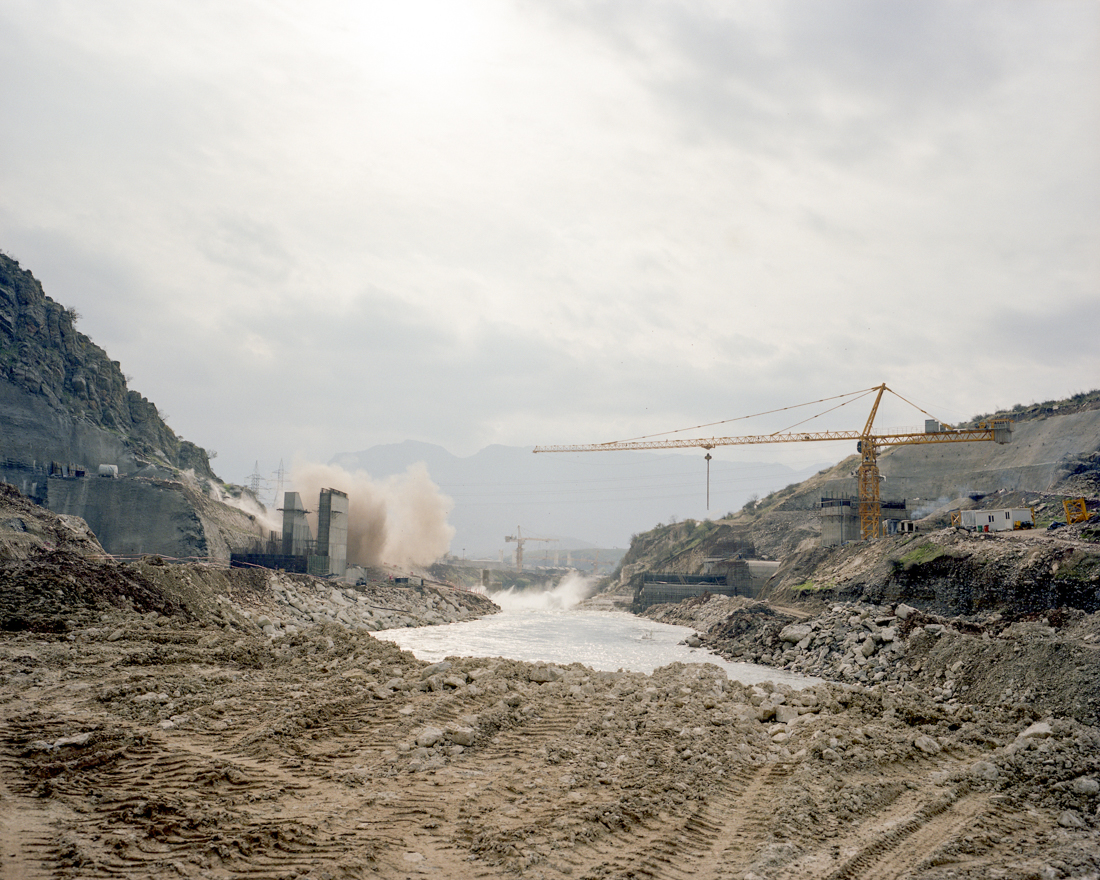 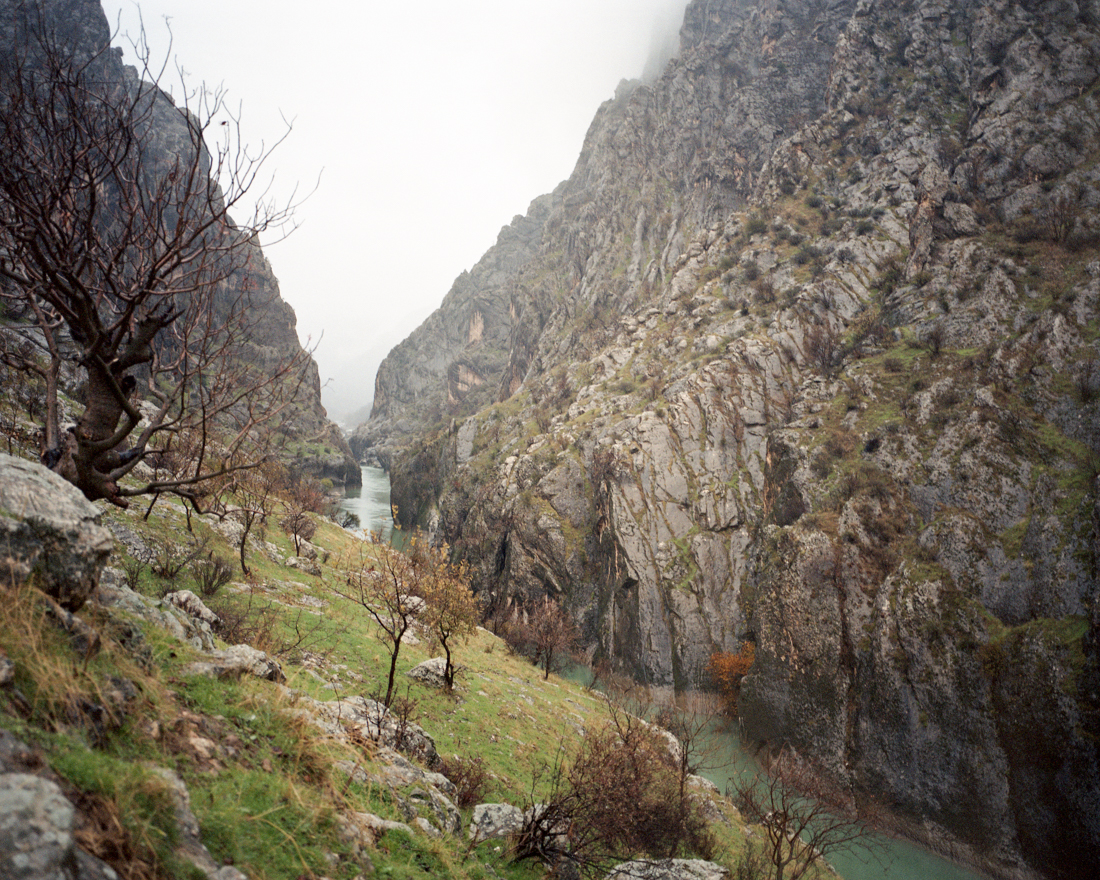 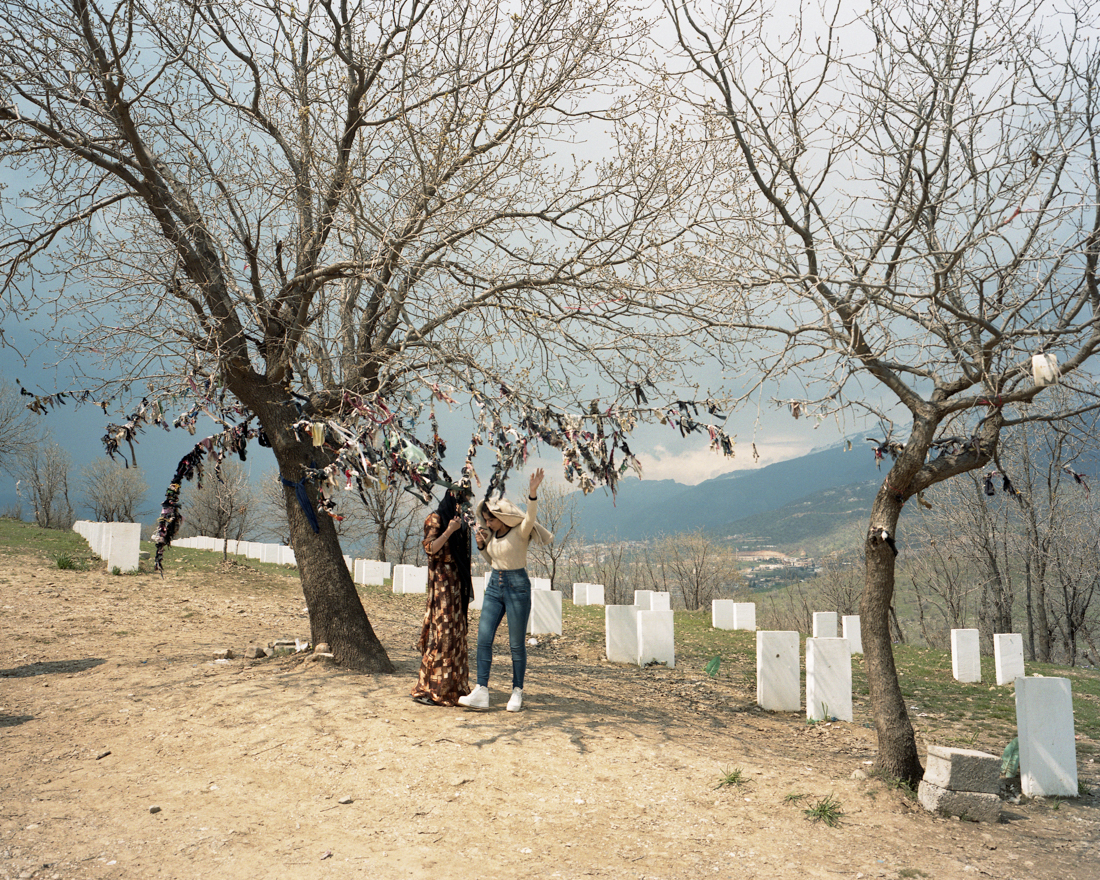 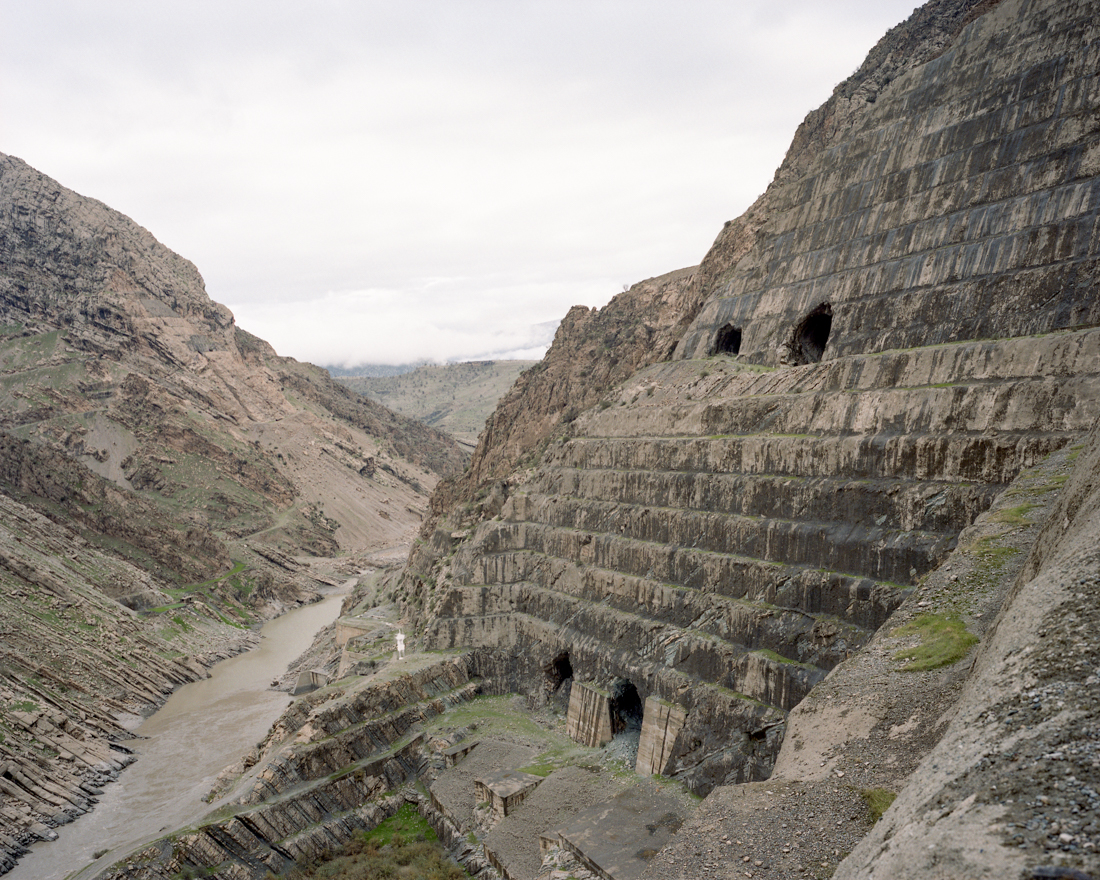 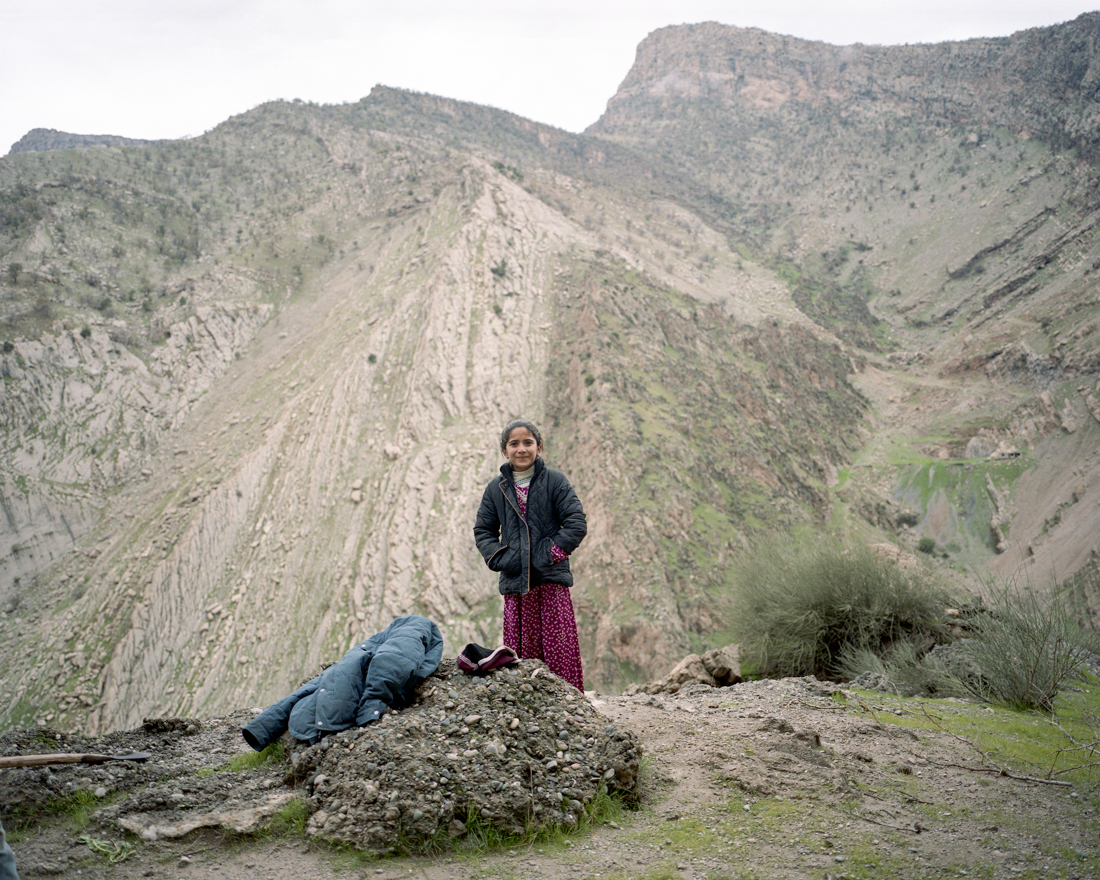 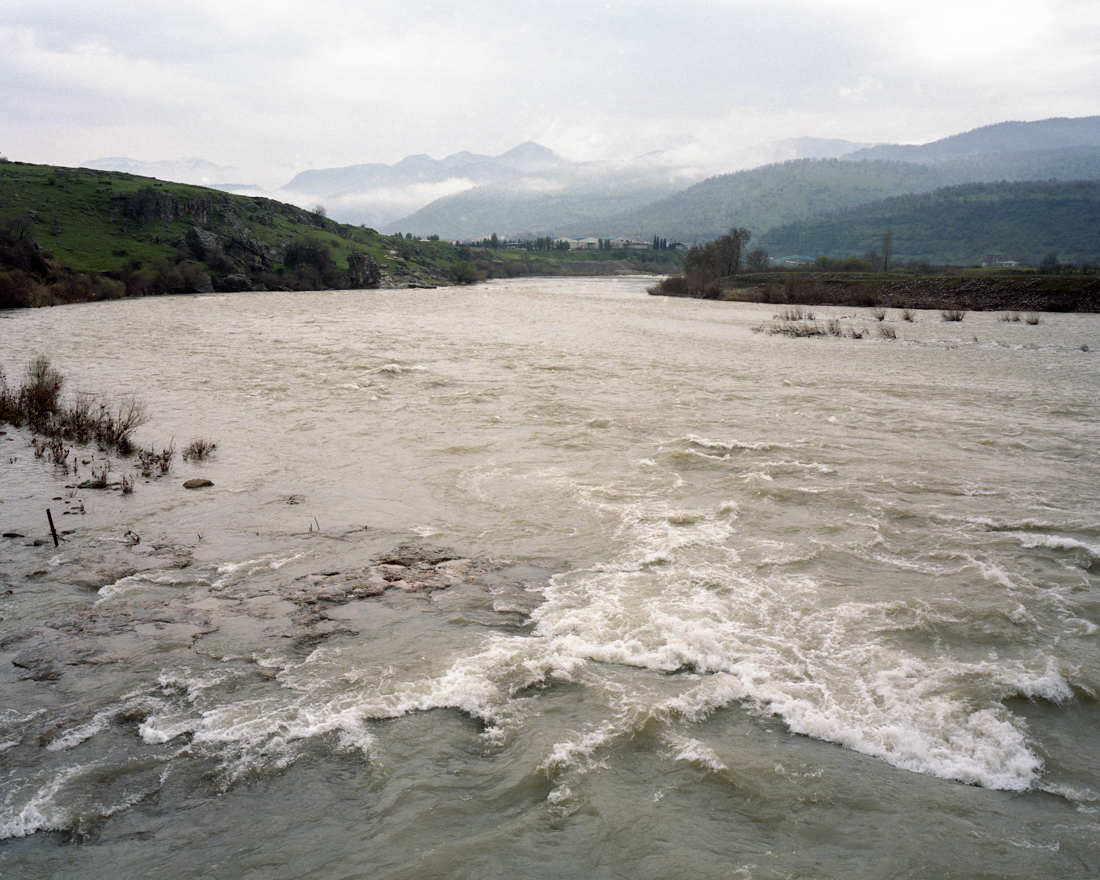 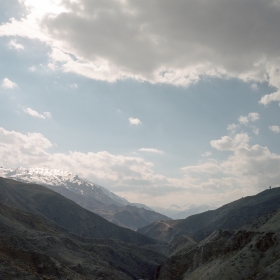 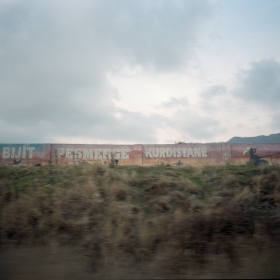 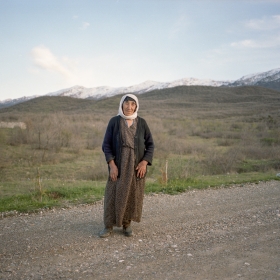 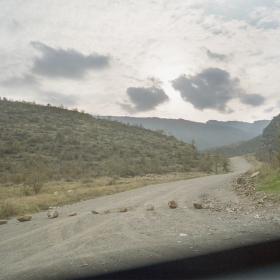 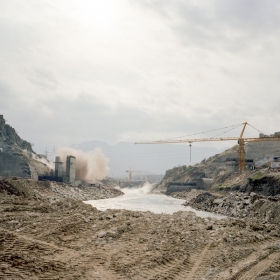 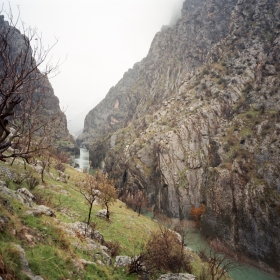 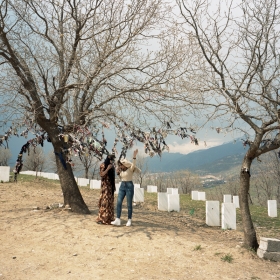 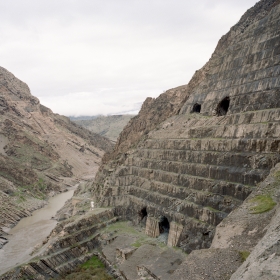 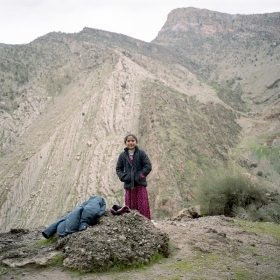 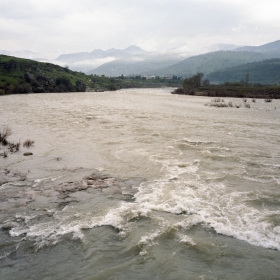 Alex Kemman
The Greater Zab: The Last Free River of Mesopotamia.
Share
Support this photographer - share this work on Facebook.
Summary:
This last free flowing river originates in the rugged Kurdish mountains, in a border zone that traditionally in conflict. The Greater Zab represents the friction between freedom and control. Through the river I show how a shimmering conflict and hidden tension permeates the landscape and the lives of people that live in it. In this the planned dams play a hidden, but decisive role.

I have been working on and researching this project since 2013. The presented work is photographed entirely analogue in numerous trips between 2017 and 2019. In 2018 I received a grant from documentary photography foundation Fonds Anna Cornelis to finish the project.

The water of the Tigris river is historically low. Dams in Turkey, Iran and Iraq carry a heavy cost downstream. The land between two rivers – Mesopotamia – is drying up.

Only one river in the Mesopotamian watershed is still flowing free: the Greater Zab. Supplying one third of water volume to the Tigris River it is a key river for humans and animals in the region. The water is the prime source to stop salination and water shortages in the south of Iraq but also forms the lifeblood of local ecosystems. This importance is largely unknown.

The Greater Zab springs in the high mountains of Southeastern Turkey where after it flows into the Kurdish region of Iraq. Dozens of dams are planned on the river and its tributaries. States and (foreign) companies see this undammed river as untapped potential for hydropower generation and irrigation. All planned dams in the Greater Zab river basin could provide electricity for 4 million households. However, beyond those economic interests other deeper interests play a crucial role.

The Greater Zab flows through a largely unexplored territory that traditionally has been in conflict, but has never been brought under full control. This is the prime reason for this river to remain free flowing, contrarily to the other rivers in the Mesopotamian watershed. The water originates in the rugged Kurdish mountains, where one guerrilla groups follows another, and the river cuts through the borders of Turkey, Iraq and partly Iran. The Greater Zab tells the story of the (Geo) political importance of this region. The wars here, while seemingly remote, have repercussions throughout the whole world.

This last free flowing river represents the universal friction between freedom and control. It shows how a shimmering conflict and hidden tension permeates the landscape and the lives of the people in it. On the one hand the impermeable landscape offers protection to people, but its desolation is also the reason for conflicts. Violence is at the borders of power.

Within the attempts to control, the water plays a hidden, but decisive role. Just as military bases the dams are political instruments to control territories and therefore the area and the people who live in it. The Greater Zab shows the political relationships and how certain interests are placed above others.

It was Saddam Hussein who attempted to dam the Greater Zab first. He initiated what would have been the largest dam of the Middle East. 1.5 billion US dollars were spent on the Bekhme project, but it was suspended during the Kurdish uprising of the 90s. In Kurdistan people believe this dam and its gigantic lake were meant to divide the Kurdish tribes. And indeed it would flood the ancestral lands of the rebellious Barzani clan.

In Turkey, some planned dams are known as ‘security’ dams. They were initiated by the Turkish government to flood the routes and hide-outs of the forbidden PKK (Kurdistan Workers Party) and create a physical barrier at the Turkey-Iraq border. These waterweapons are part of a military strategy.

In Iraqi Kurdistan itself nationalism plays a large role too. Local dams are conceived positively while similar dams on the other side of the border are opposed for being in Turkey and Iran. Short term thinking dominates and while the water could unite this region it is primarily used to divide.

Despite all the plans and attempts to control, the Greater Zab is still running free.

6) Iraq, Kurdistan region, Amadiya district. Greater Zab River (forbidden zone). This valley is designated as forbidden territory and is only accessible during rainy weather because otherwise Turkish armed drones can spot you. November 2018.

8) Iraq, Kurdistan region, Rawanduz district. Unfinished Bekhme dam. 1.5 billion dollars were spent on its construction, but during the first Golfwar the project was suspended. November 2018.

9) Iraq, Kurdistan region, Rawanduz district. This girl is collecting firewood together with her brothers on a hidden slope besides the Greater Zab River. November 2018.

About author:
Alex Kemman (the Netherlands, 1988) is a visual storyteller, criminologist and cultural anthropologist,
with an expertise in state/corporate crime and environmental crime.

Main regions: Kurdistan (Turkey, Iraq) and and Latin America (Colombia, Mexico, Guatemala). His photobook Whispers of War has been shortlisted by the 2017 book awards of MACK, Fiebre, Kassel, Recontres d’Arles and Unseen. His work was presented at several international photofestivals such as Slideluck in Sicily and the Night of Photography at Recontres d'Arles 2018. Amongst other masterclasses he was also selected as a participant in the NOOR-Nikon masterclass in Amsterdam 2017. In 2018 he received a grant from Fonds Anna Cornelis to work on his long term project ‘The Last Free River of Mesopotamia’. This work was previously named special mention for the Blank Paper photography school grant. In 2019 he was selected for the Louis Zaal masterclass in the Netherlands for a project on Netherlands Narcostate.