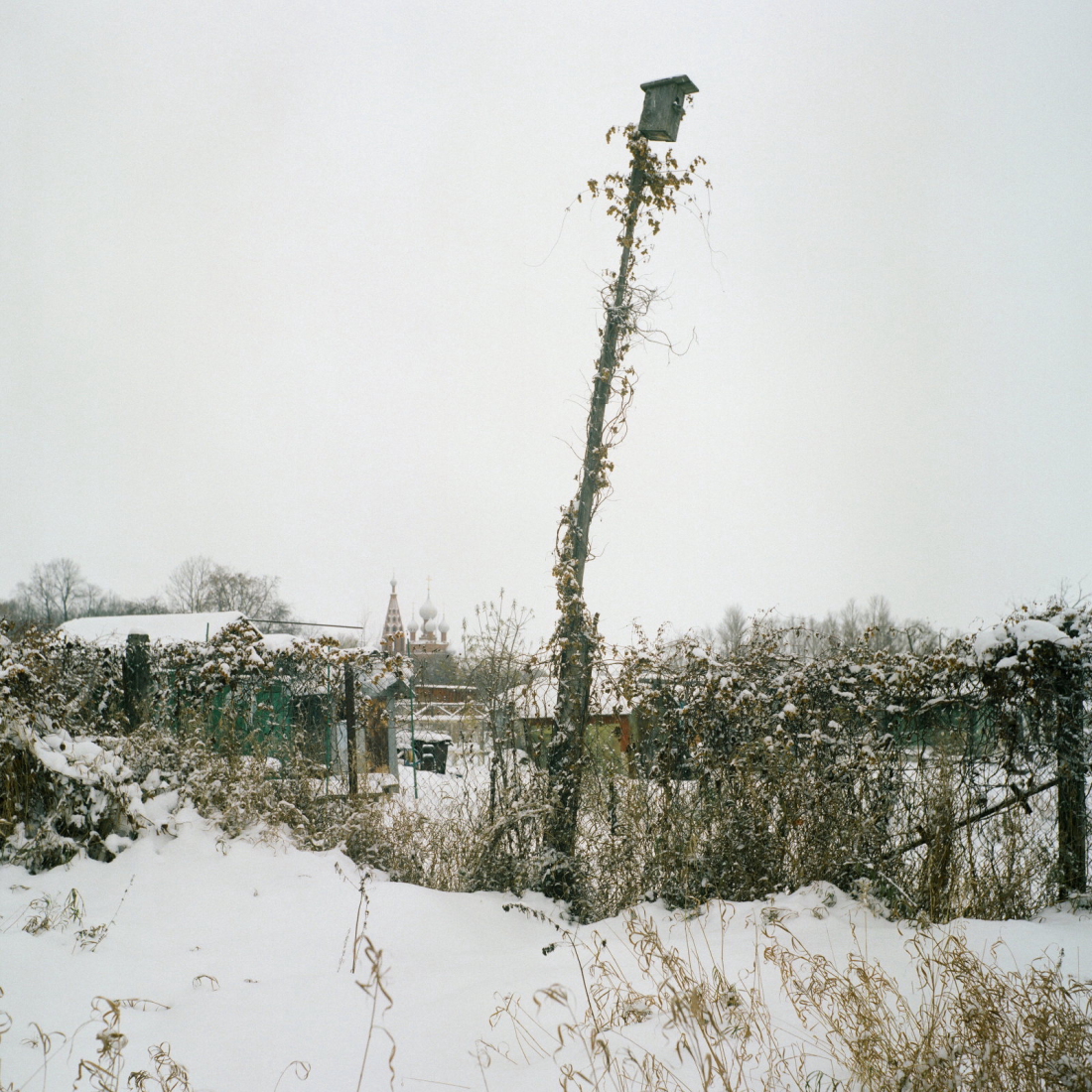 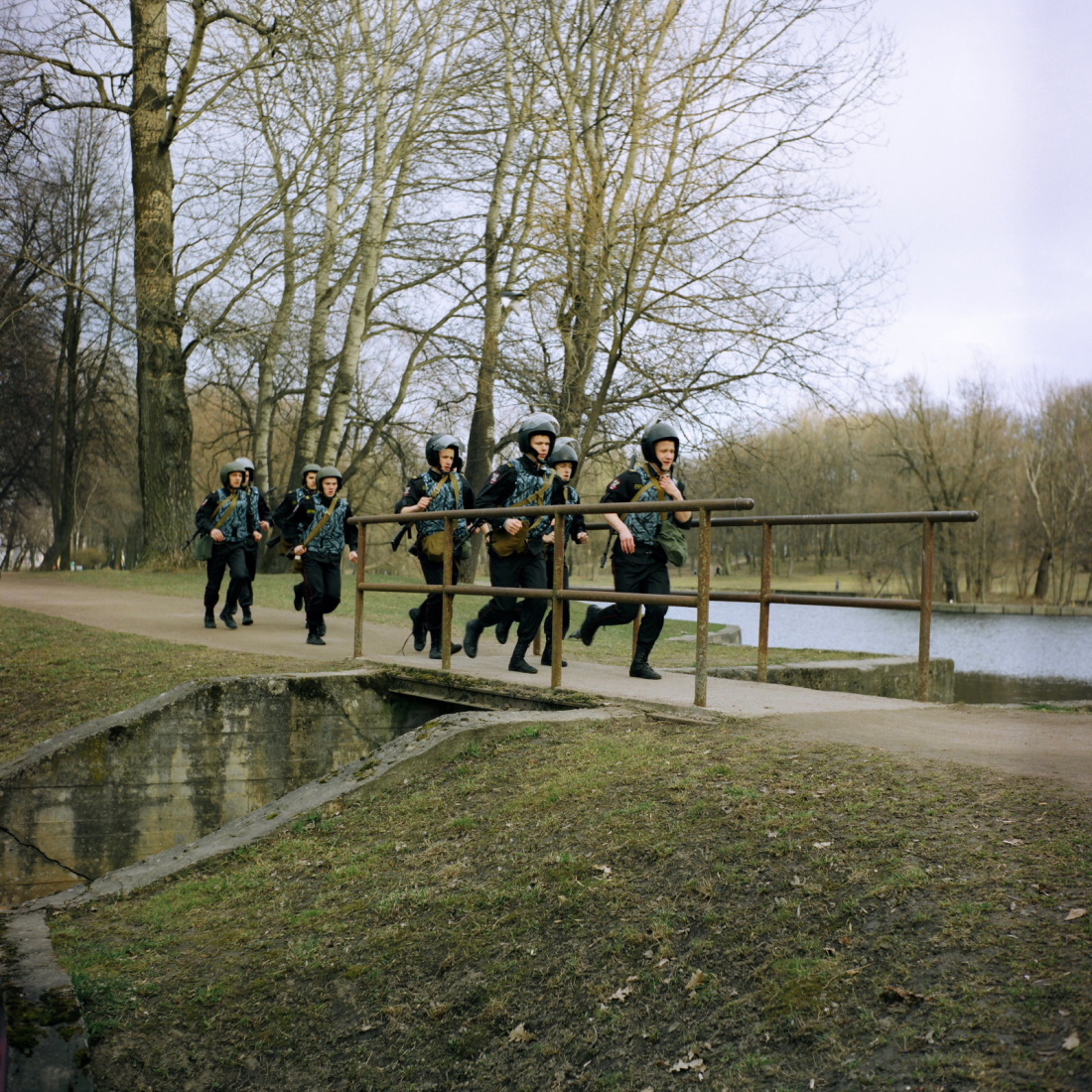 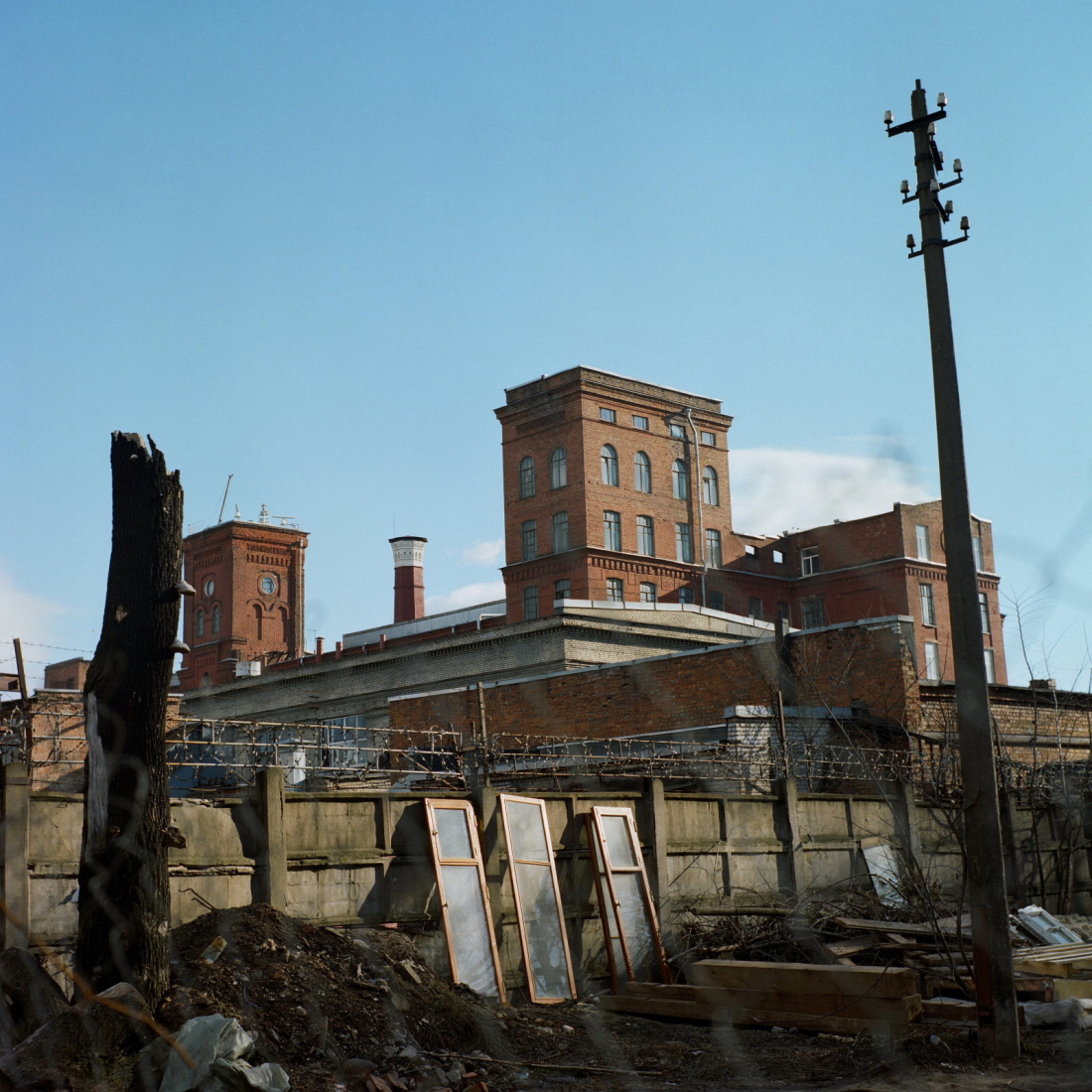 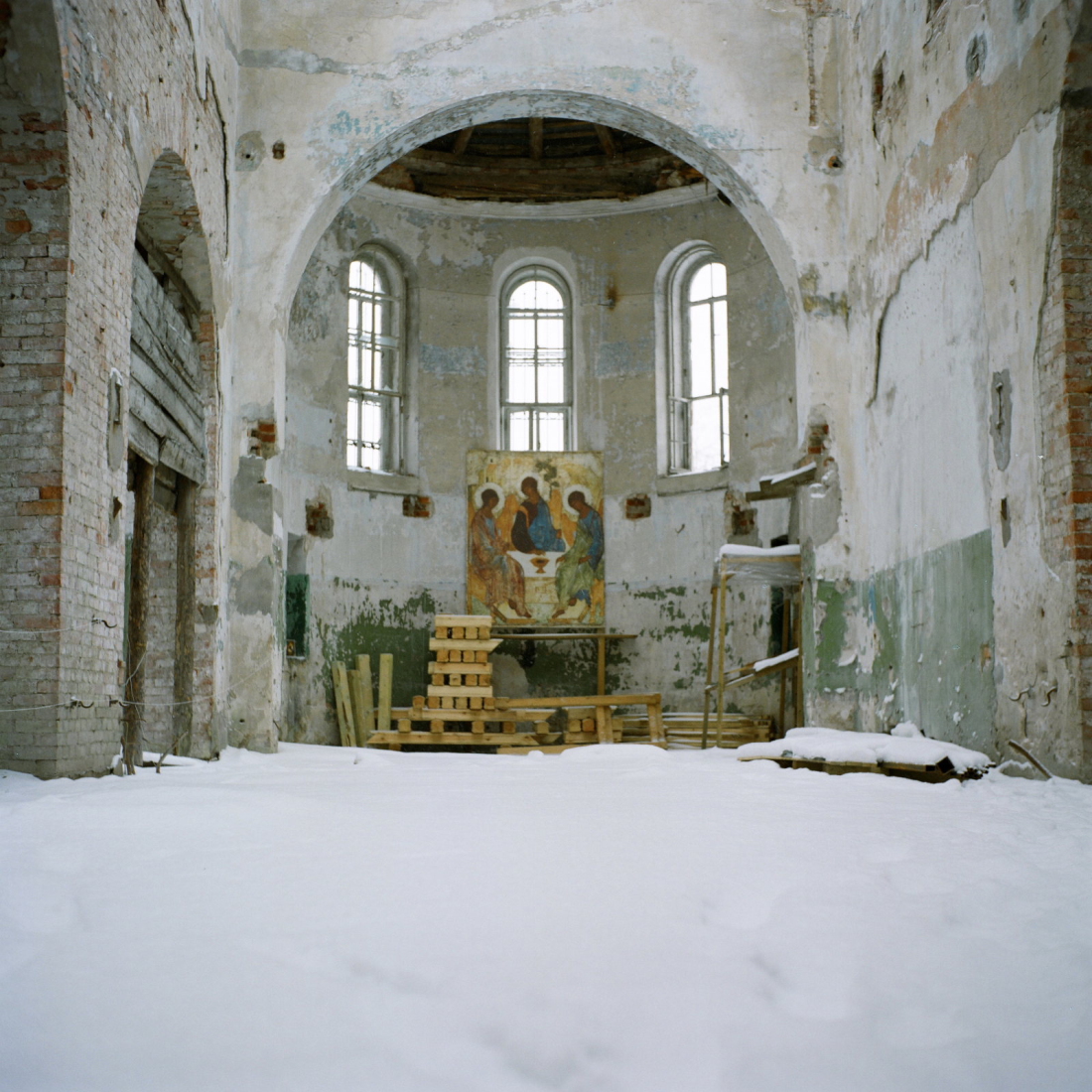 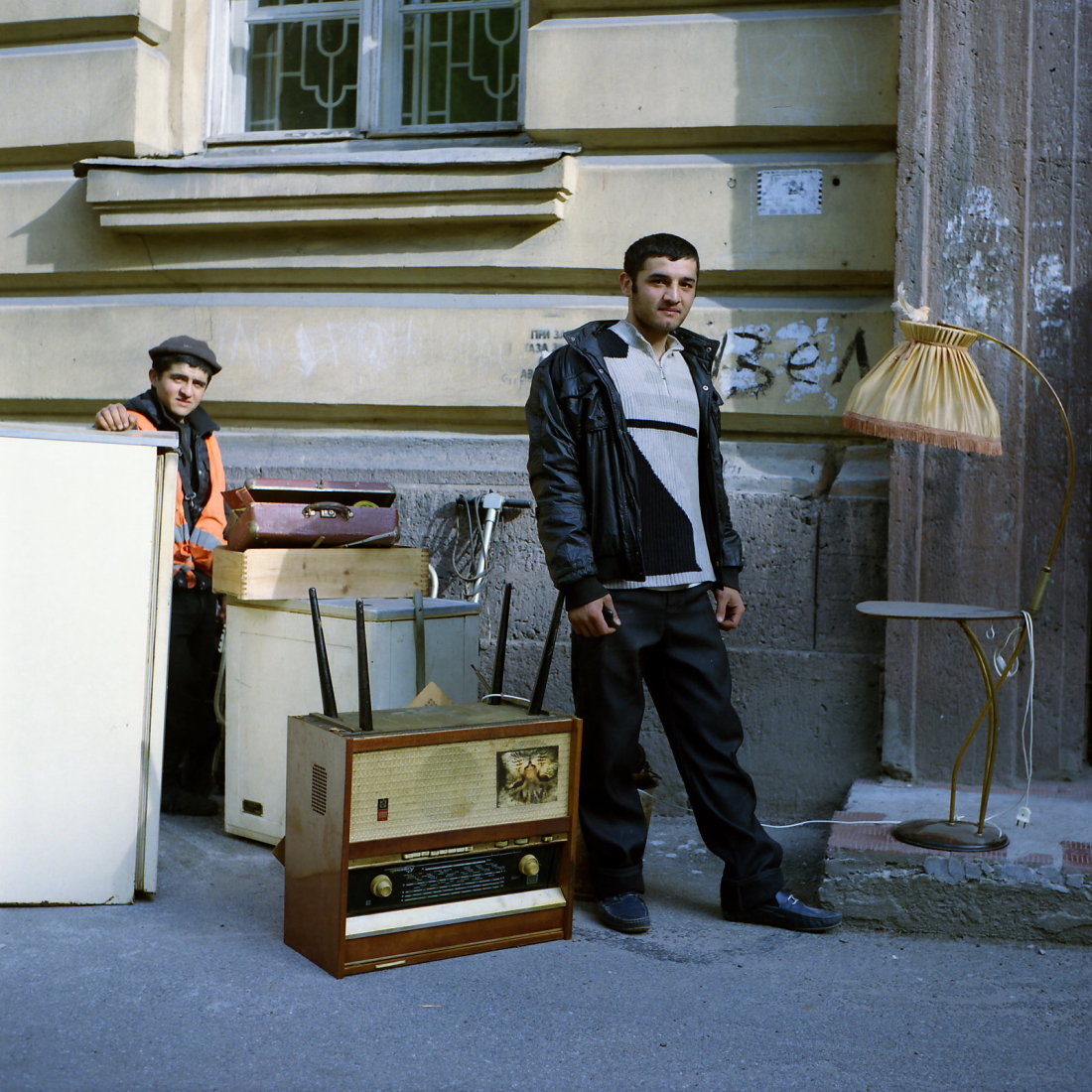 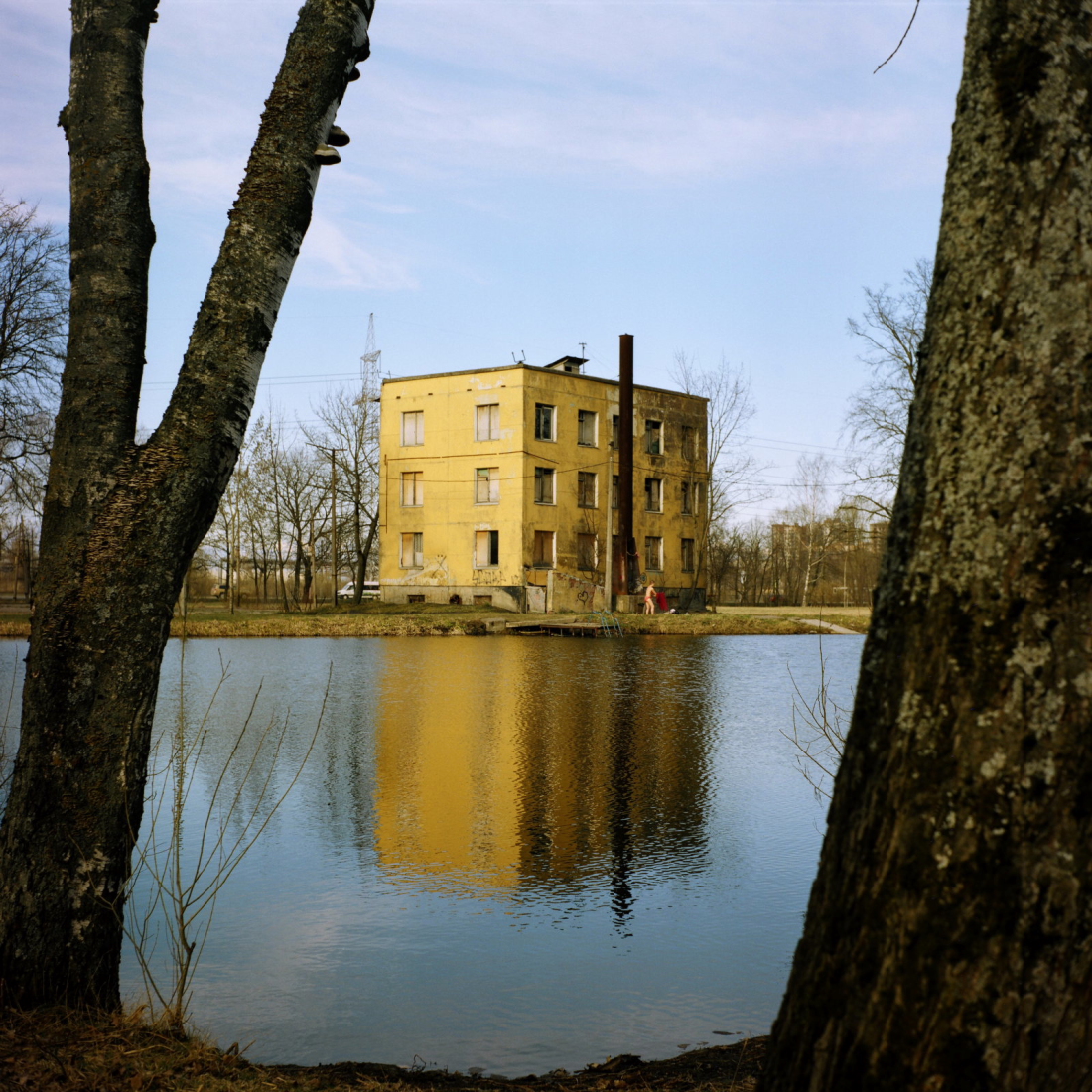 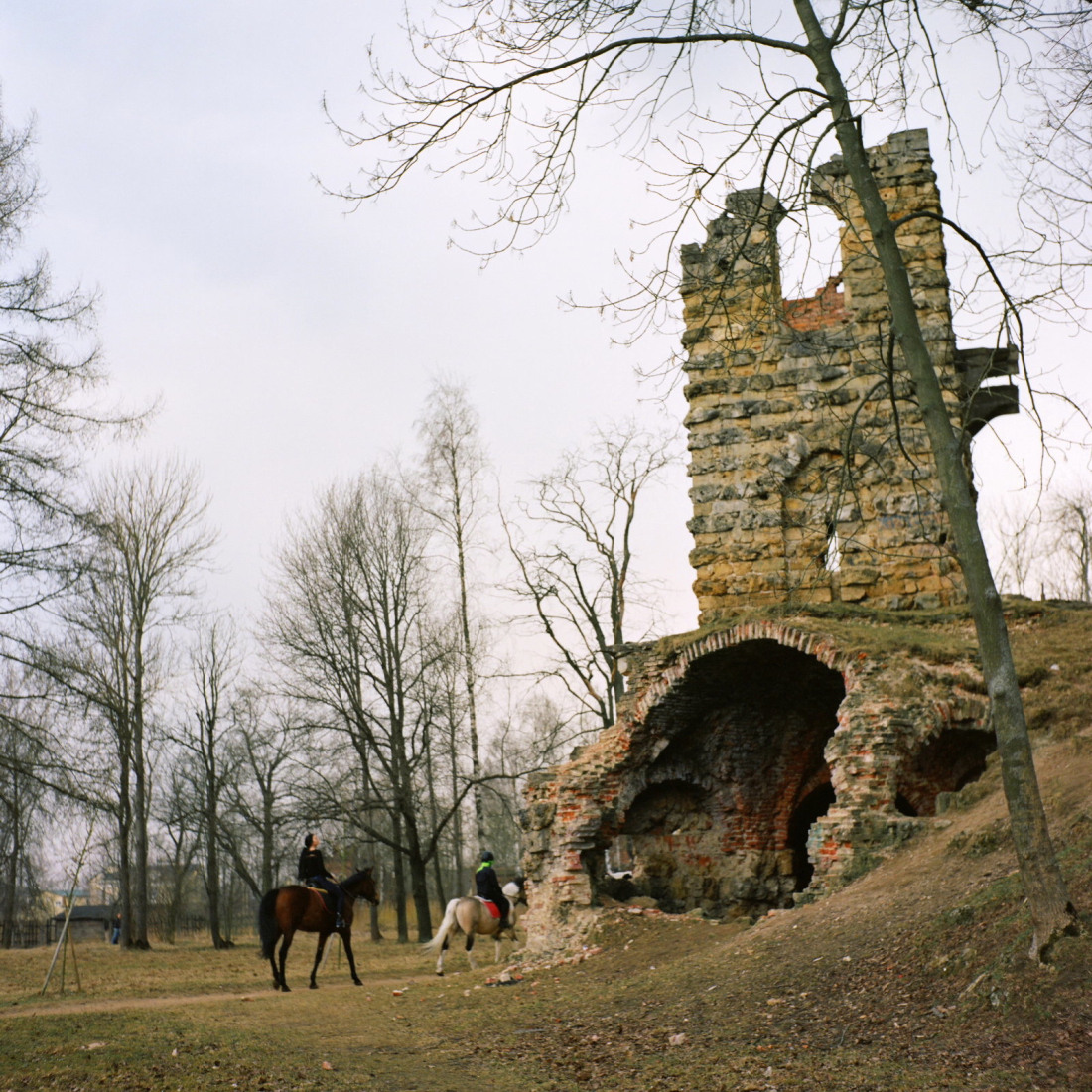 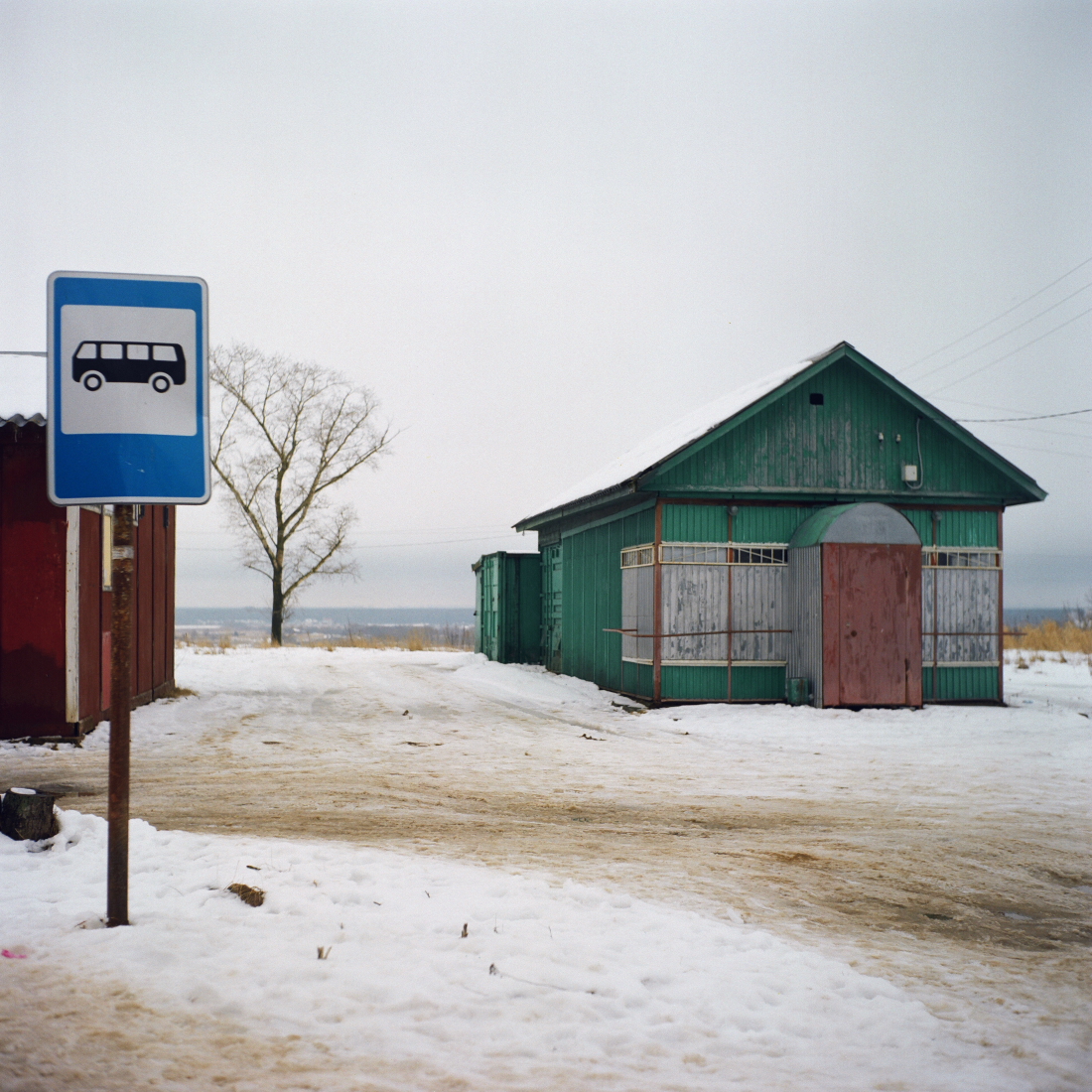 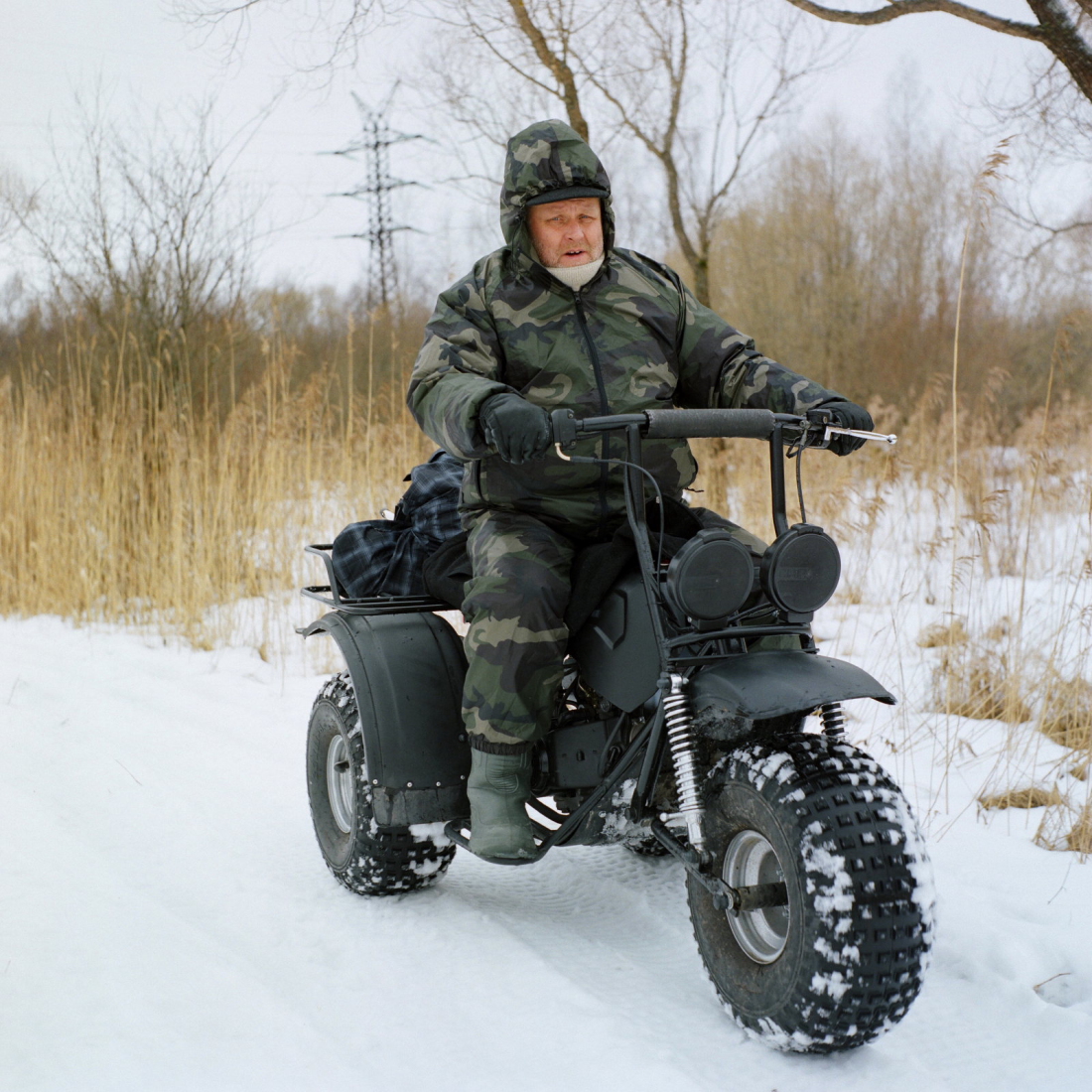 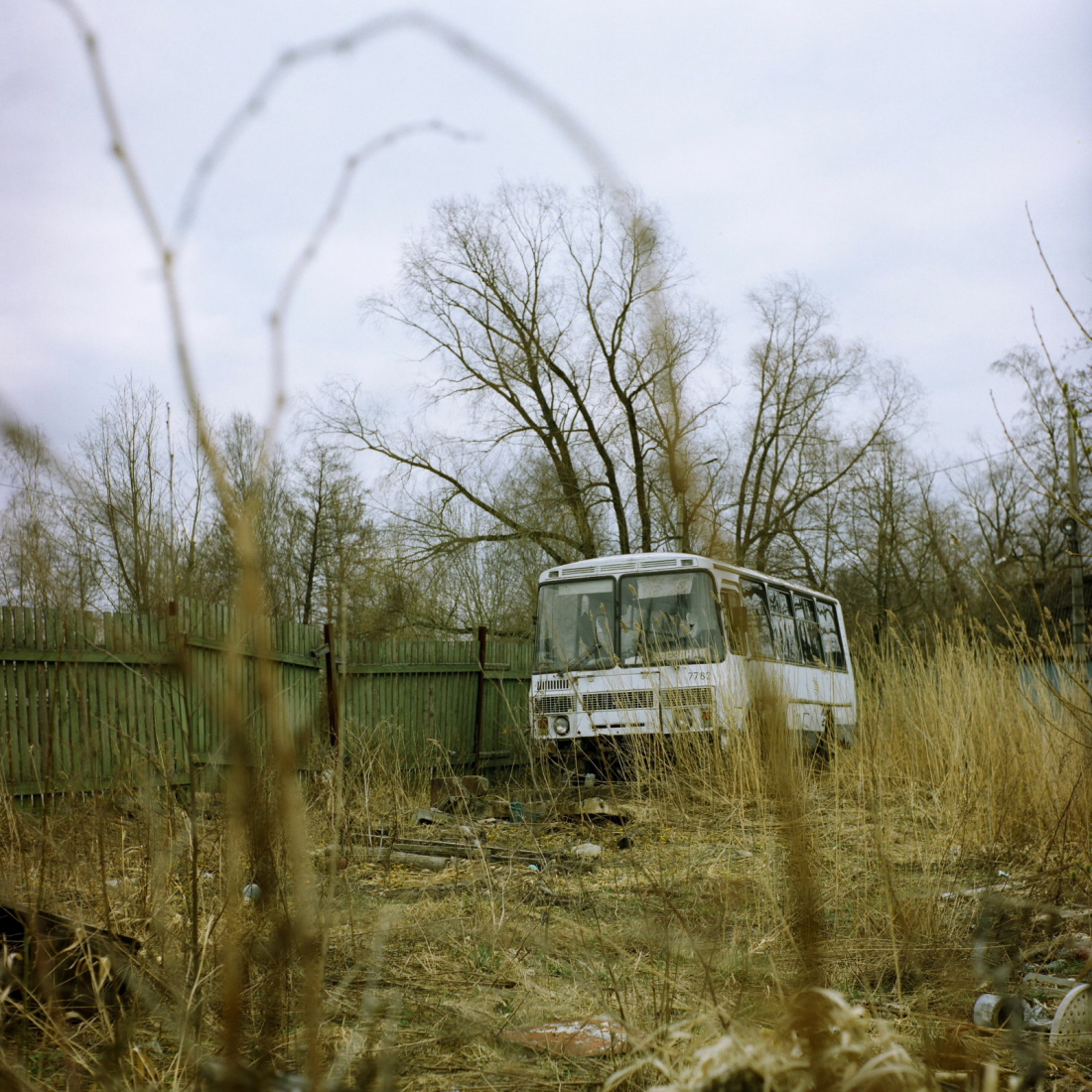 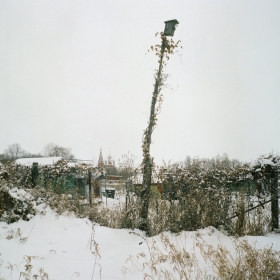 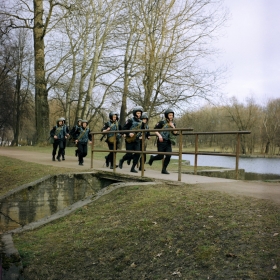 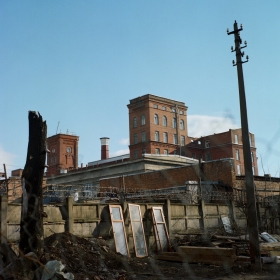 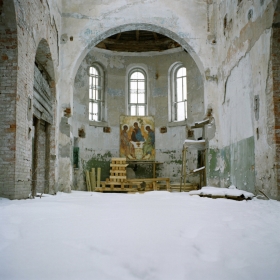 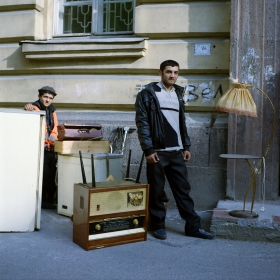 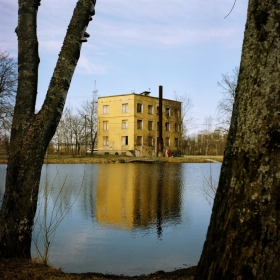 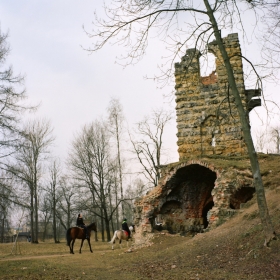 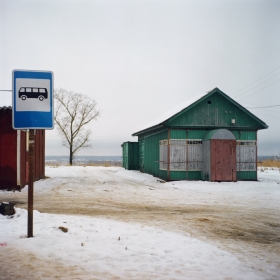 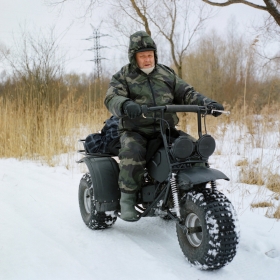 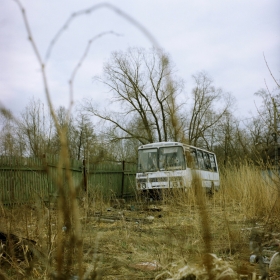 Ekaterina Vasilyeva
Road to Petergof
Share
Support this photographer - share this work on Facebook.
I began working on the Petergof Road project when I came back to Saint Petersburg after spending two years abroad.
This long absence did something to the way in which I experienced the city space: what had been familiar to the point of being unnoticeable before, all of a sudden become very strange.
Saint-Petersburg has a very strongly established urban imaginary. Since our childhood, we have been accustomed to perceive it in dialectical terms, either with a reference to its grandeur and beauty or to its dark, delirious “other side” hidden by the imperial facades.

Dostoevsky called Saint-Petersburg “the most abstract and intentional city on the entire globe”.

And it was true: the metropole did not develop organically, as most cities do, but was built ex nihilo — as an embodied manifestation of the sovereign’s utopian, colonial vision. One cultural theorist
referred to the city as “an aggregate of geometric planes and drawn lines, without any content or depth”, a project which did not make provision for real people inhabiting it, but which could be described as a conceptual sculpture. It is the shadow of this utopian, top-down thinking that has been haunting the city ever since.

It reached its peak in the 20th century, with the advent of the socialist state, when another conceptual grid was imposed upon the existing landscape, precluding anything which did not fit the standardised schemata from gaining visibility. Now that I have become more aware of this, I have set out to see beyond the established iconography and externally conceptual frameworks.

My aim has been to take a phenomenological approach and observe the space as it is, in its very particularity, paying attention to its quaint juxtapositions and acknowledging the actual forms of life
lurking among the ruins of the Romantic imagination.

I decided to focus my attention on a very particular piece of land: the territory of the road from Saint Petersburg to Petergof, a tract established by Peter the Great in 1710 to connect the newly built capital to the monarch’s suburban residencies and the resulting huge architectural ensemble according to the Peter idea had to overshadow the road from Paris to Versailles.
This territory exemplifies the paradoxical nature of the Russian landscape. The road, yet another manifestation of the imperial vision, was constructed in accordance with the idea of picturesque. Its grand ensembles of palaces and nobility’s residencies, stretching along an imaginary line on the map, were constructed with the primary purpose of pleasing the enlightened observer’s eyes. This vision, however, was not meant to accommodate the actuality of the rural land, a layer which remained excluded from the official discourse and hence invisible.

Over the past three hundred years, the Petergof road landscape has borne witness to many a utopian vision; each of them transformed and scarred it, leaving behind marks which have often remained unaccounted for. In a way, my approach is that of a visual archeologist: by trying to uncover strata which have been previously hidden, I aim to understand and assemble my own identity.

About author:
Ekaterina Vasilyeva is an independent photographer from Saint Petersburg (Russia), working at the intersection of documentary and art photography.

In most of project she explores the theme of a particular place (space, territory), it changes in the context of time and historical landmarks, environment problems, interaction with human activity, personal relationship and the myths of the place.

Ekaterina has won numerous awards, including being selected in The Festival Urban Layers, in The International Festival of Photography PHOTOVISA, in In/Out Transylvania Photo Festival and The Focus Photography Festival.