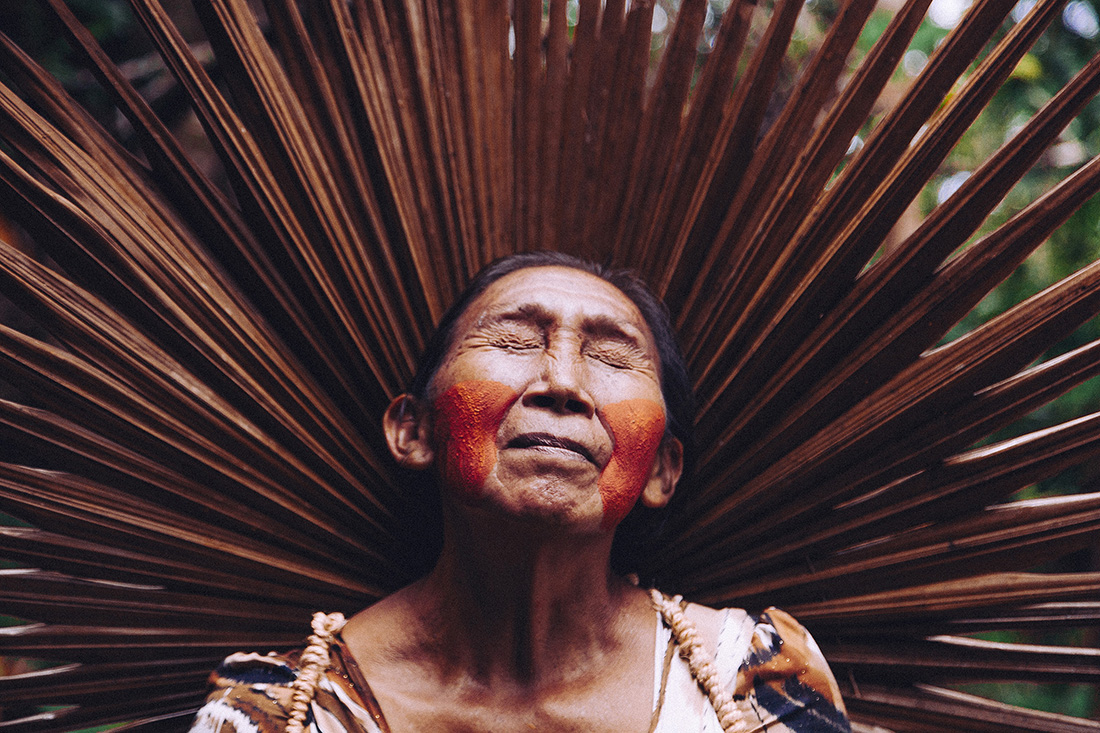 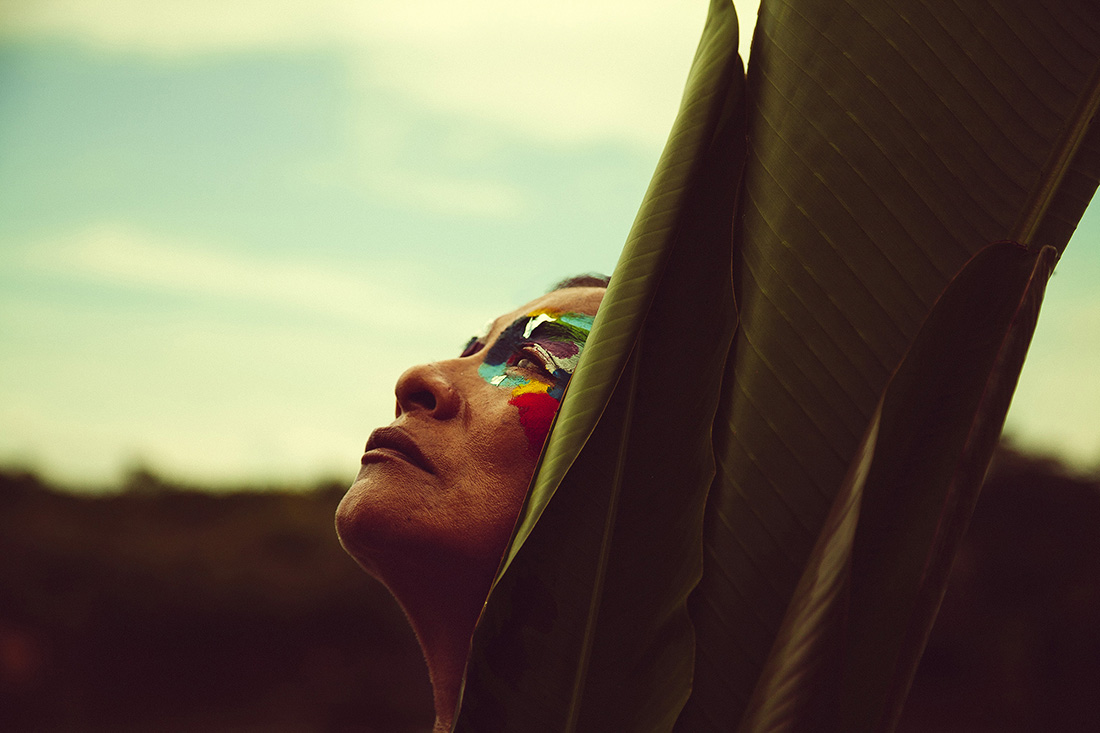 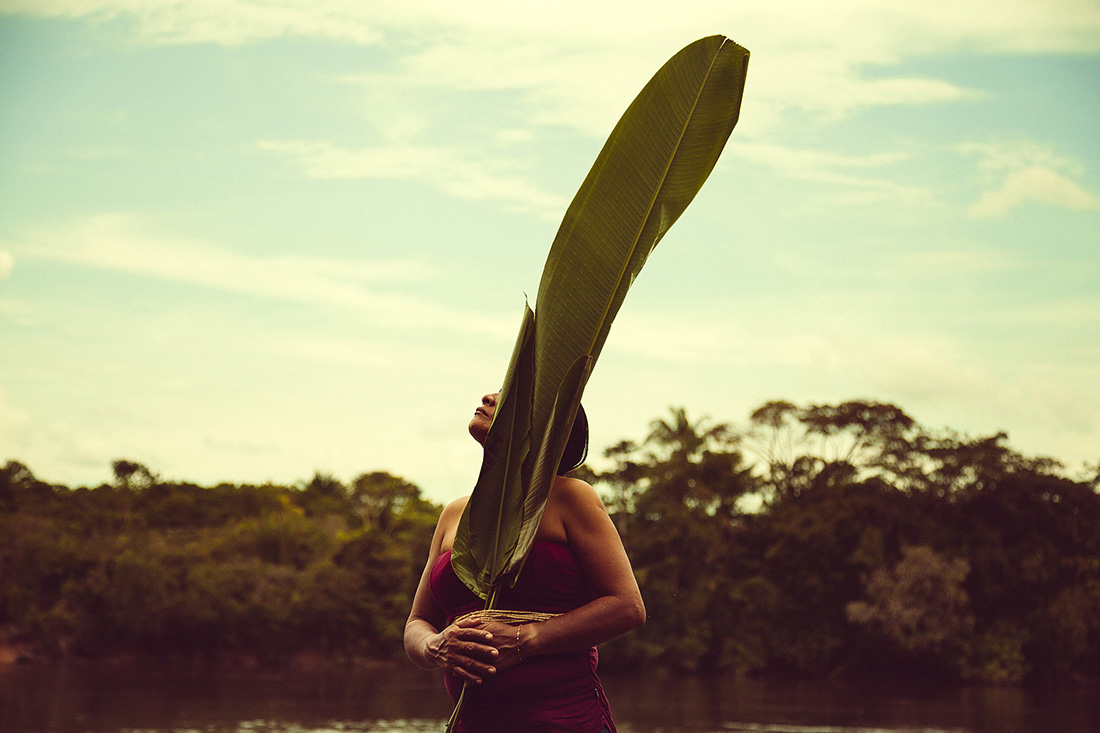 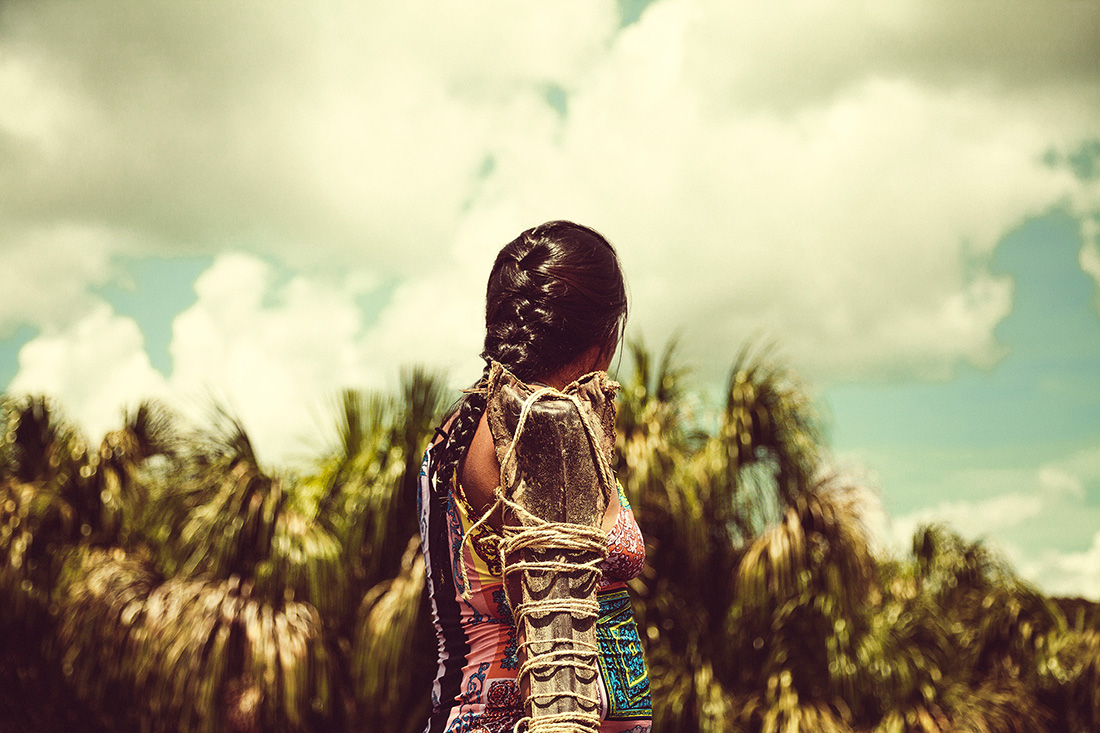 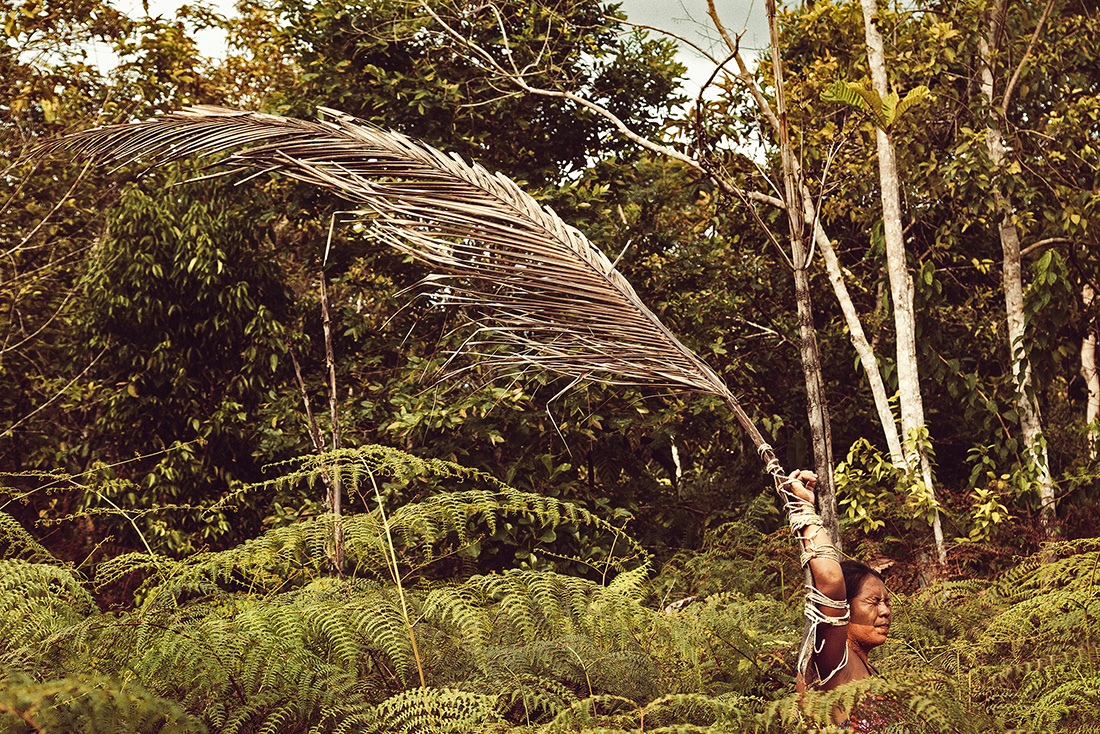 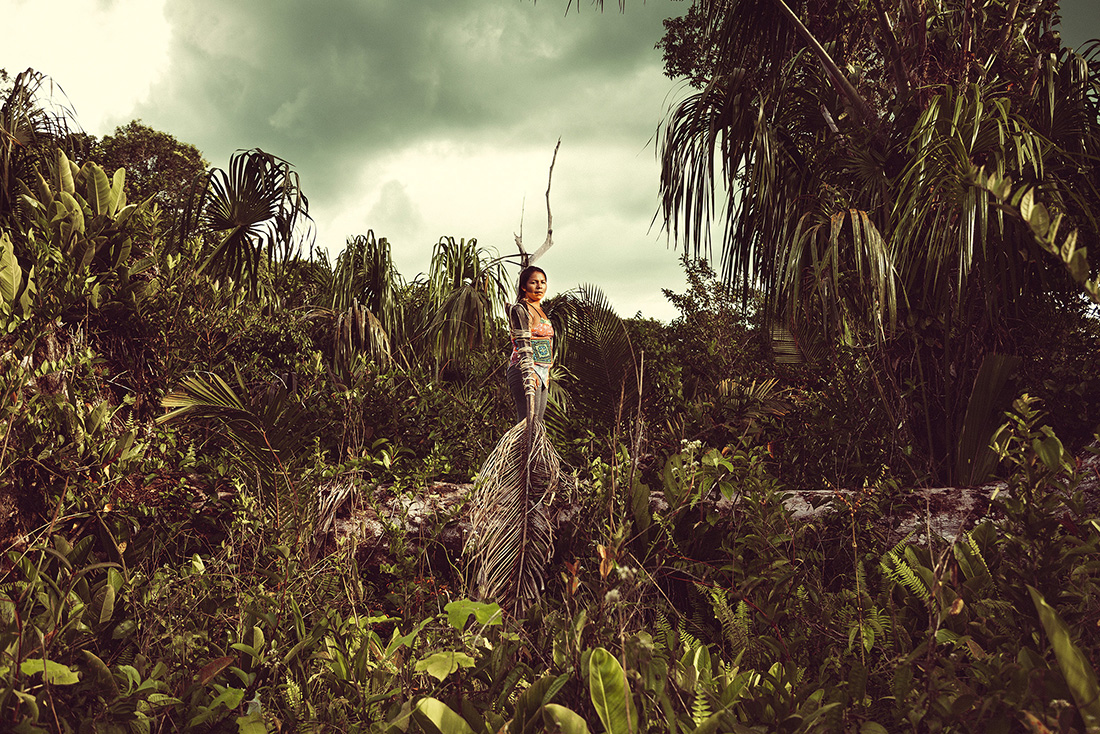 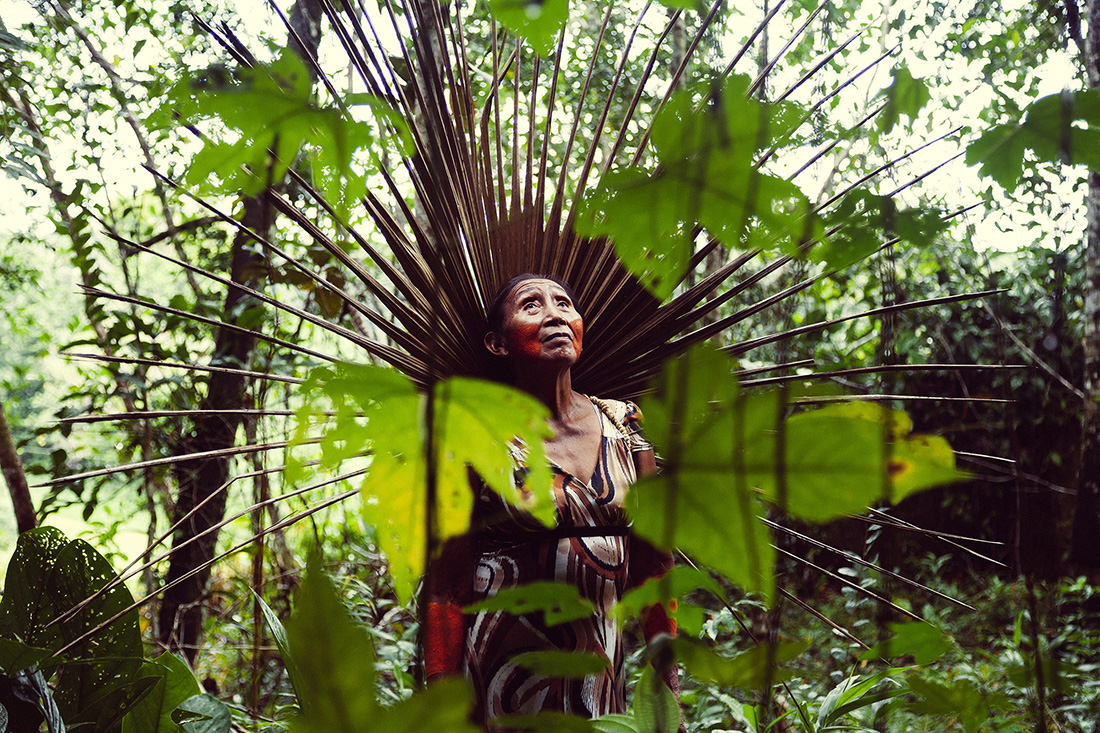 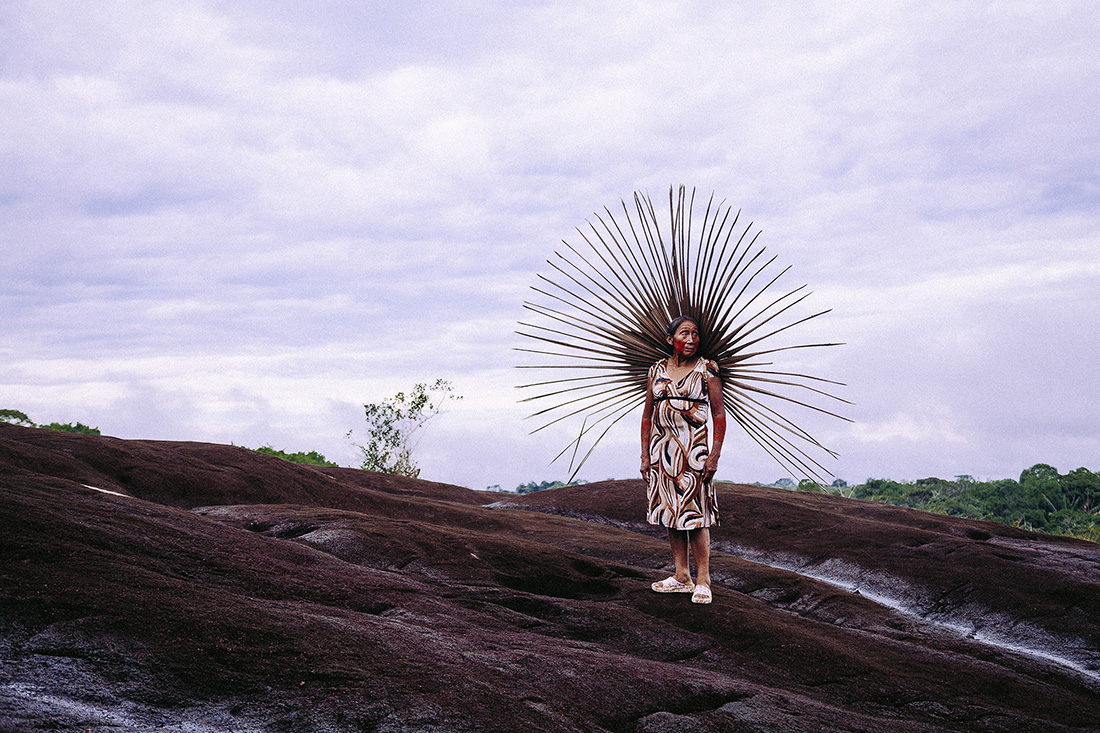 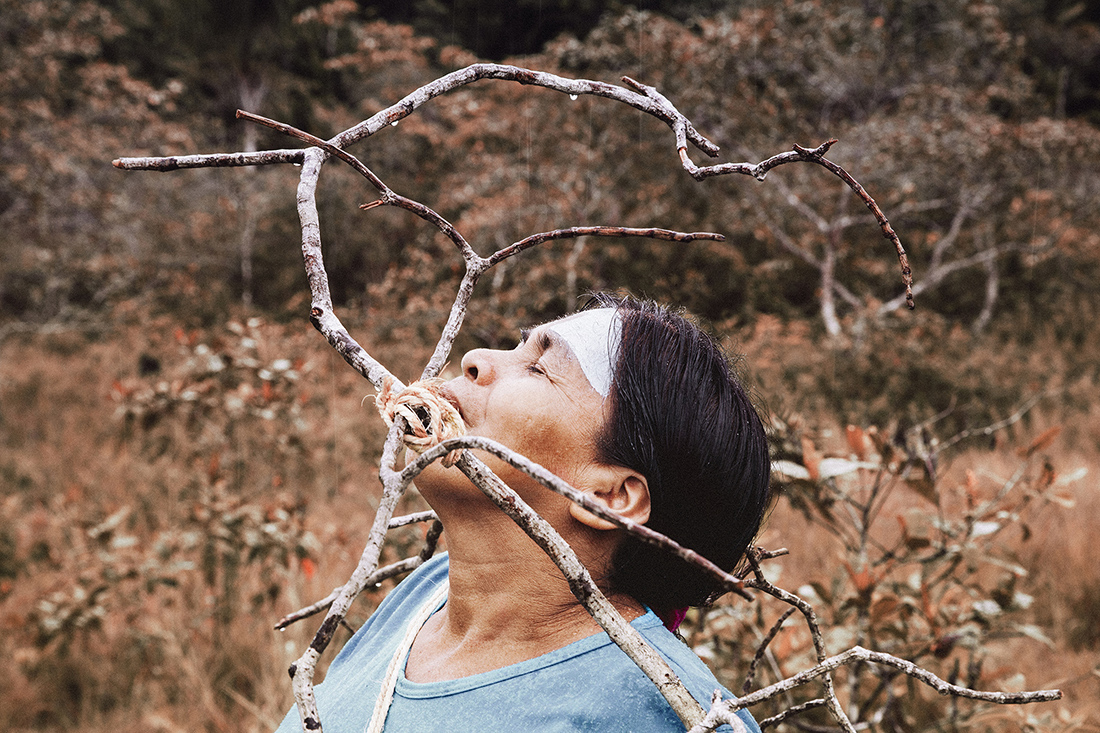 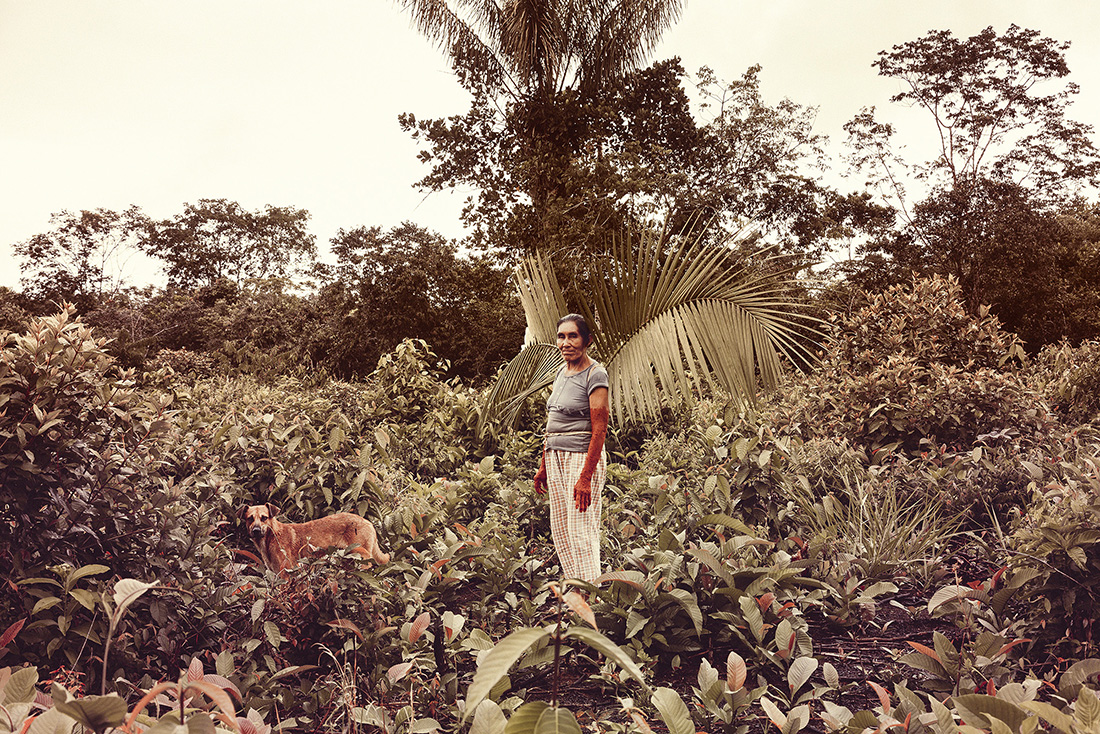 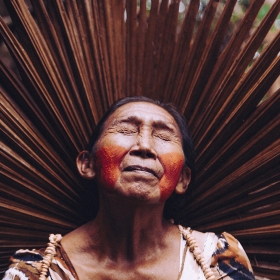 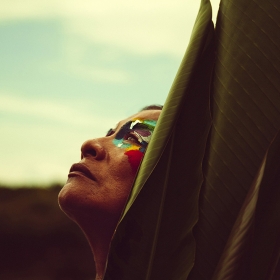 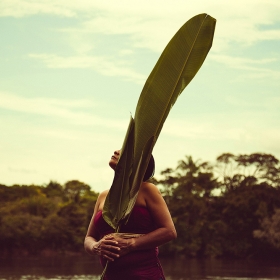 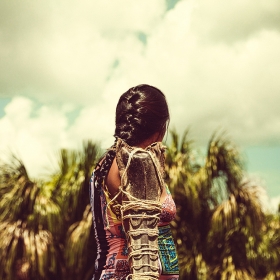 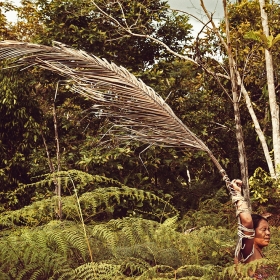 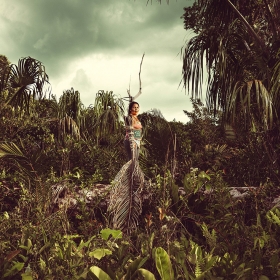 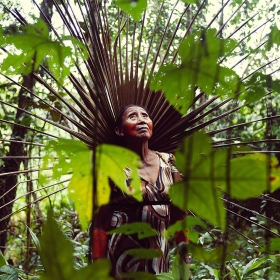 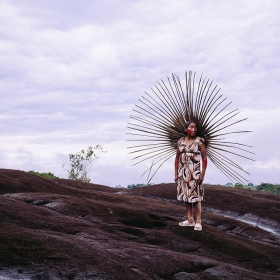 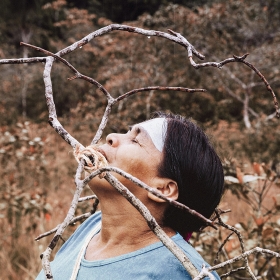 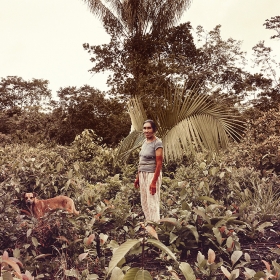 Liliana Merizalde
Inner Disruptions
Share
Support this photographer - share this work on Facebook.
Inner Disruptions is a project with indigenous women from different communities and ethnic groups of the department of Vaupés, in colombian amazon. After a close encounter with each one of them I used their life’s stories in order to put together in each case a different prosthesis which extends, limits, covers, outlines or highlights their bodies or one of its parts. Thus transforming objects into symbols of pain or loss and into material manifestations of their suffering and strength. They are five women who have led strenuous lives for different reasons, among which the estrangement of their traditions, displacement from their territories, violence caused by armed groups and different forms of everyday hardship, and who have transformed such situations into seeds of reinvention.

The word prosthesis is usually used in the medical context. It is seen as an artificial device placed or implanted in the body of a living being to replace other part, organ or limb. However, it is possible to understand this concept in other contexts such as the artistic one, as sometimes what we need is not physical or material and these objects can also symbolize or replace other kind of necessities.

The prostheses were built in Mitú and thereabouts, in different communities along the Vaupés River, where the pictures were taken. The materials used were mostly organic or found exclusively in the region.

The construction and development of the prostheses was carried out with the help of artist and industrial designer Cristina Borda. Donal Edward Arango, a local artist, collaborated with the project’s production and art.

About author:
Colombian documentary photographer and visual artist based in Bogotá. I'm interested in identity, memory and territory issues generally linked to women and their strength. I usually mix documentary photography with staging based on life stories used as a vehicle to deepen the way in which social, political and community situations are documented and understood. I have done commissioned and on assignment work for different projects and NGO's like: Netherlands Cadaster for their project Land In peace, Victus (a peace construction lab through art and theater tools with former members from different illegal and legal armed groups involved in Colombian armed conflict) created by Casa E Social, Warchild Holland, Fundación Batuta (I was hired to do a tour all over Colombian borders and document in writing and photography the work of this organization which teaches symphonic music to children and teenagers who live in complicated areas of the country) , Casa E and Secretaría de la mujer, Fundación Solidaridad por Colombia, among others. I have also worked in films like Embrace of the Serpent, where I held the positions of second assistant director, still photographer and made a behind the scenes documentary.

I have participated in collective and solo exhibitions in Colombia, Peru, Spain and the United States. I'm part of Women Photograph Database. My commissioned and personal work has been published in Americas Quarterly, VICE Colombia, Moviemaker Magazine, New York Times, Cooties Zine, Fotoféminas (insta account), Fotomeraki, Colombia Arte Actual (31 contemporary artists) and Cartel Urbano, Revista Bocas, Semana Rural, among others. I have given some cinema and photography workshops with Festival Ambulante, Fundalectura and Universidad Nacional de Colombia in different parts of my country.