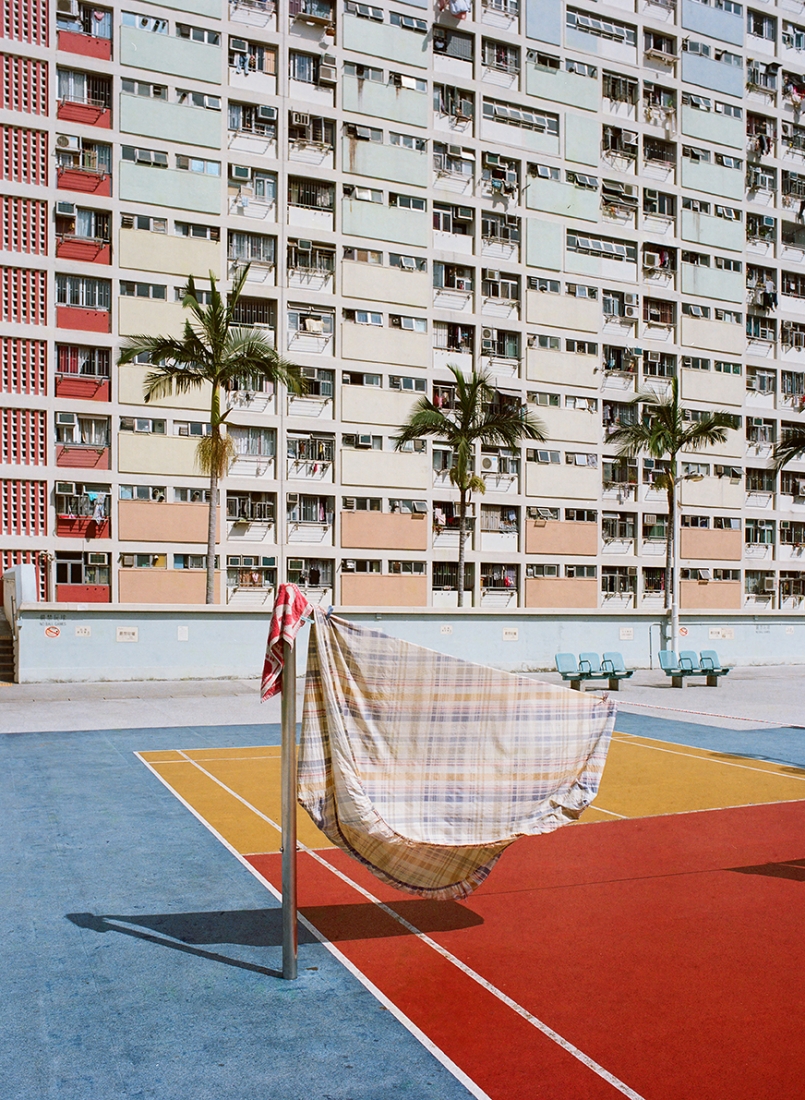 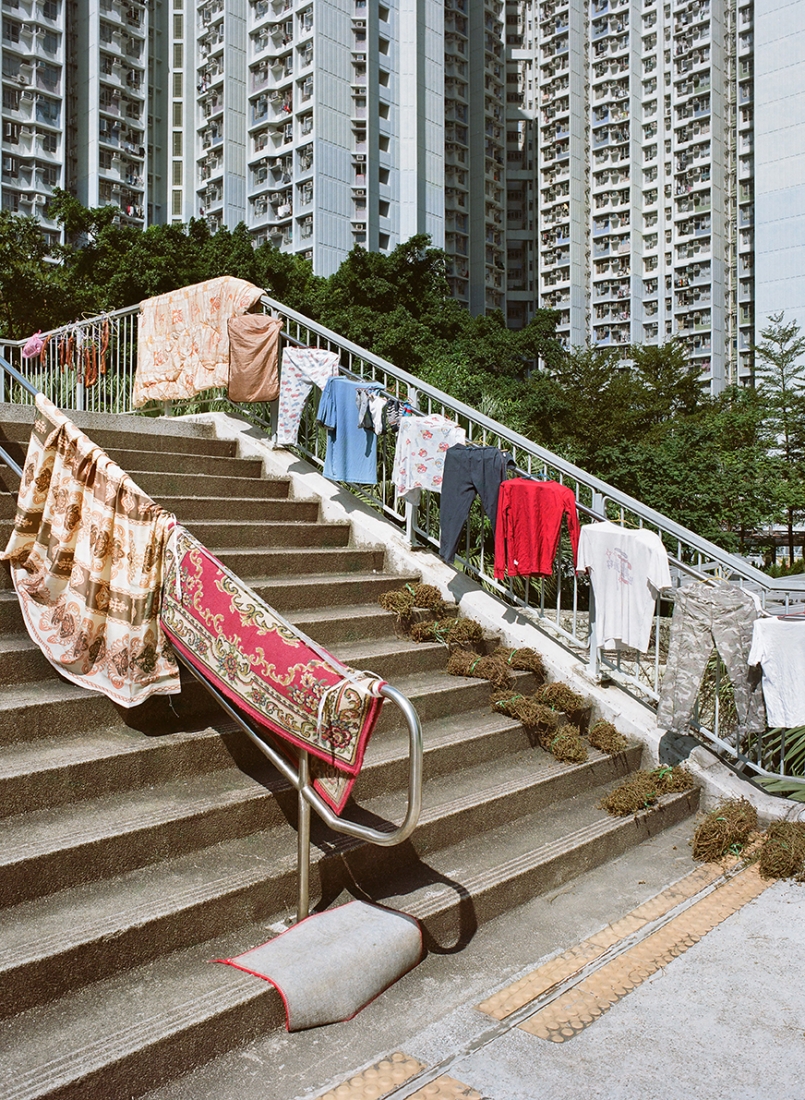 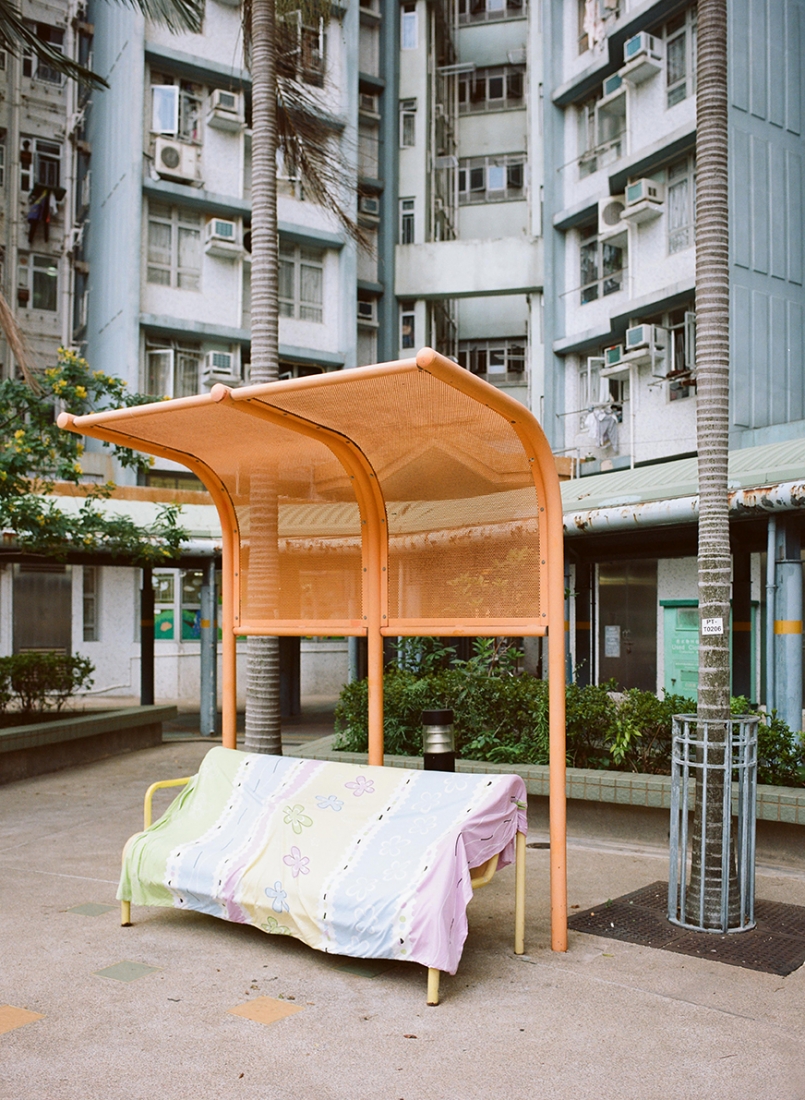 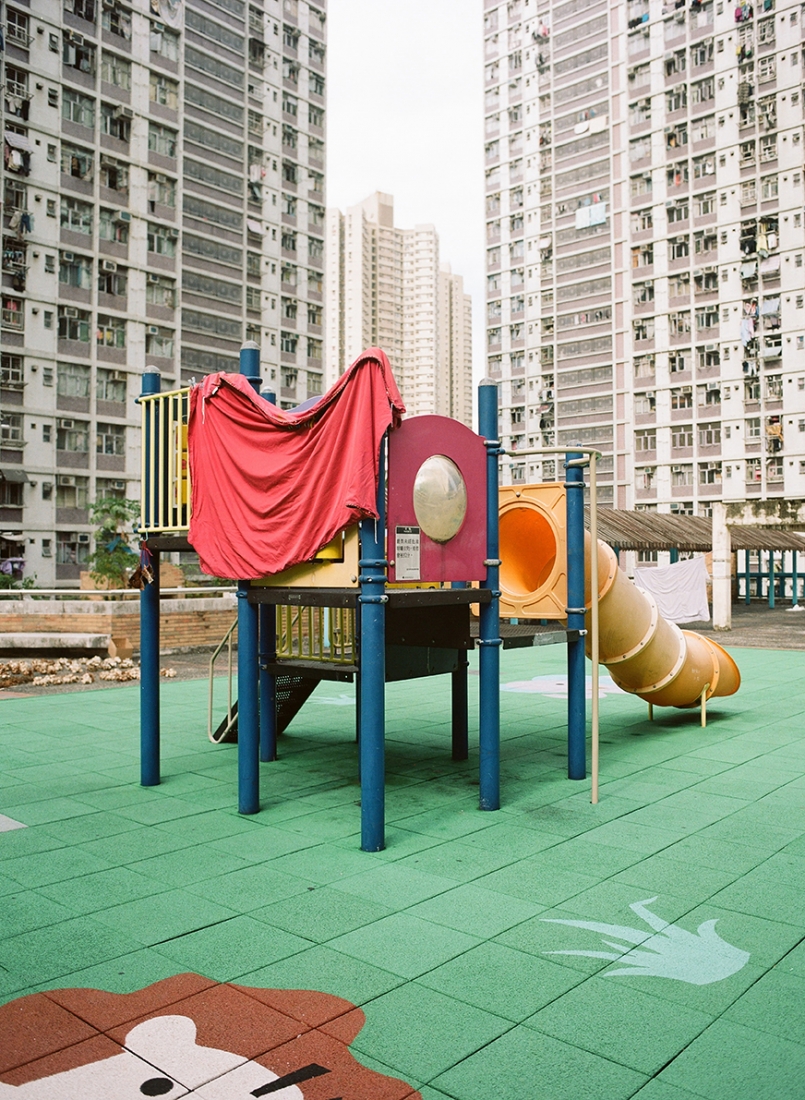 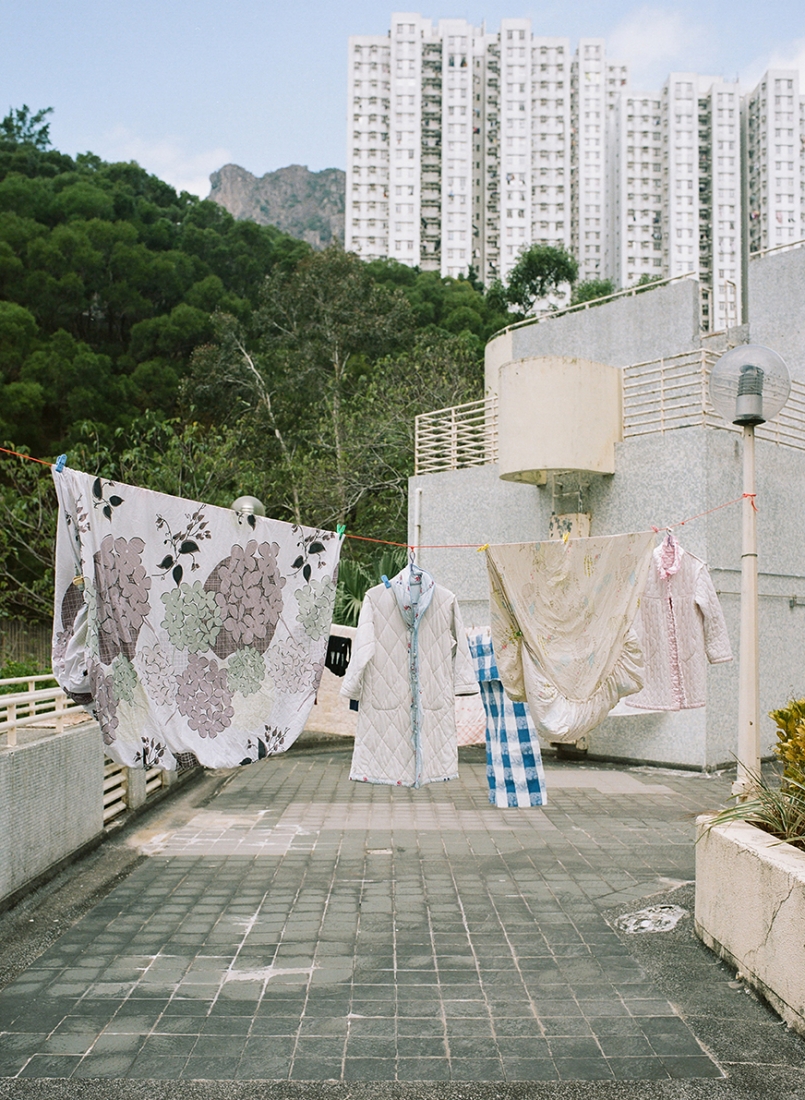 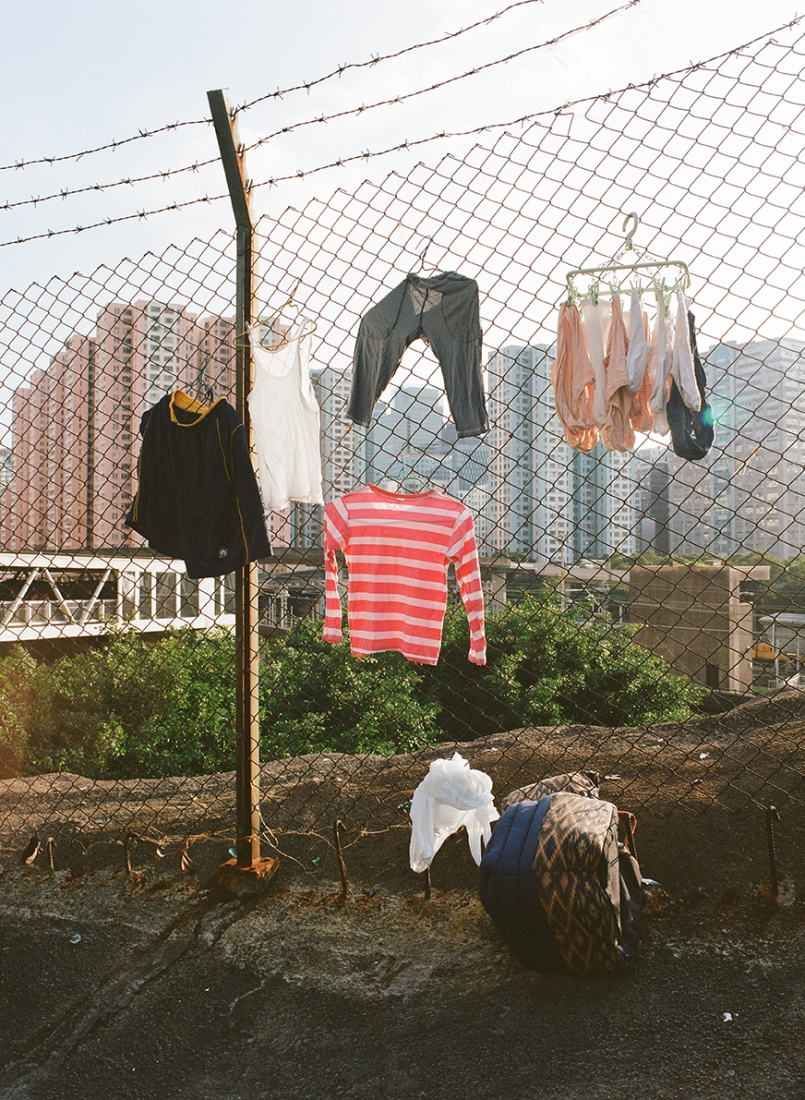 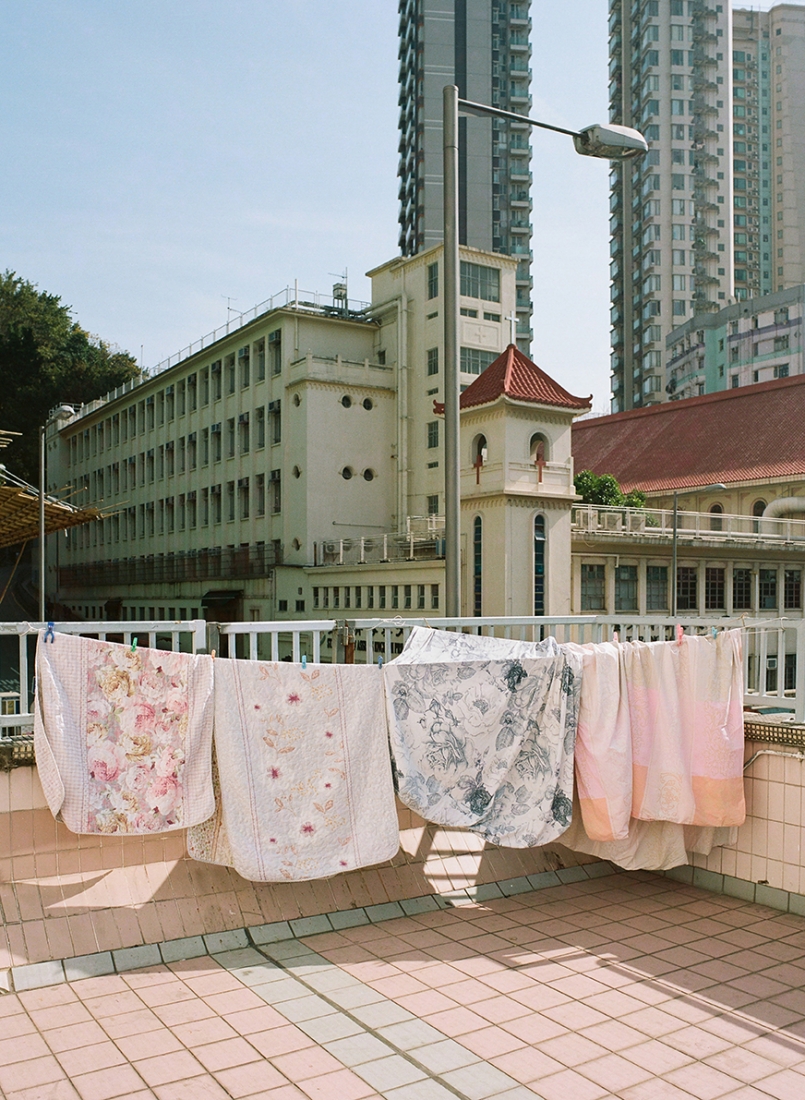 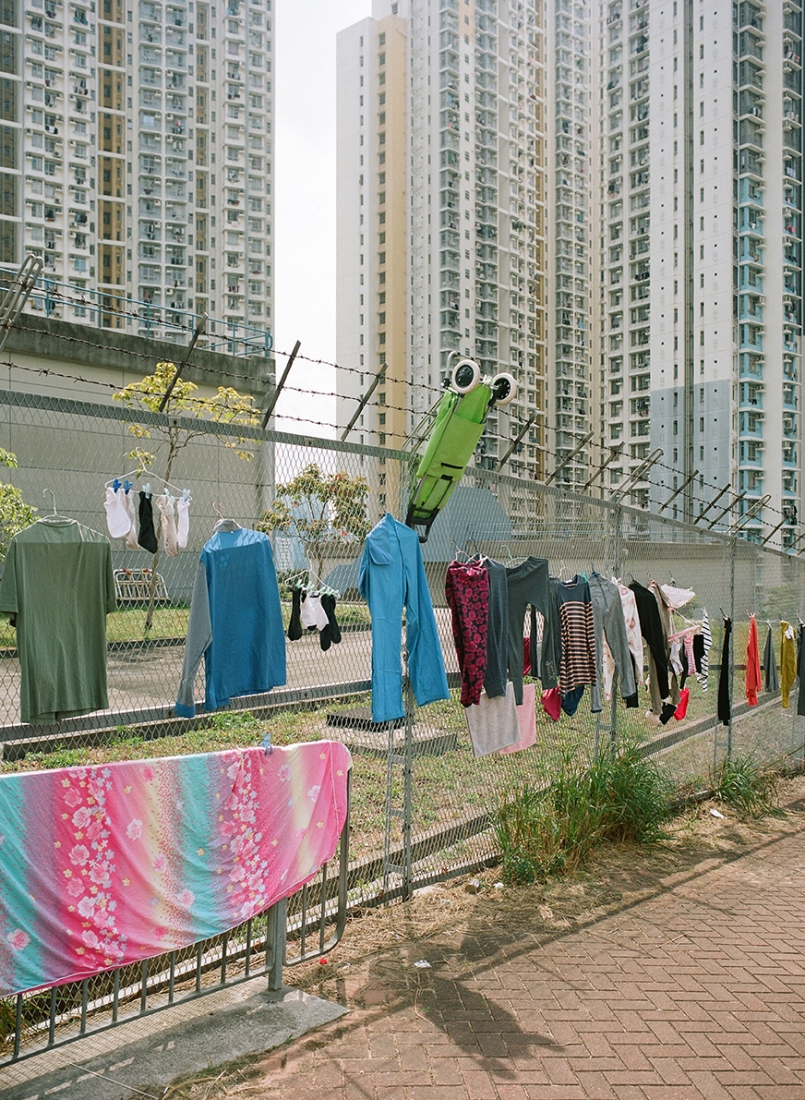 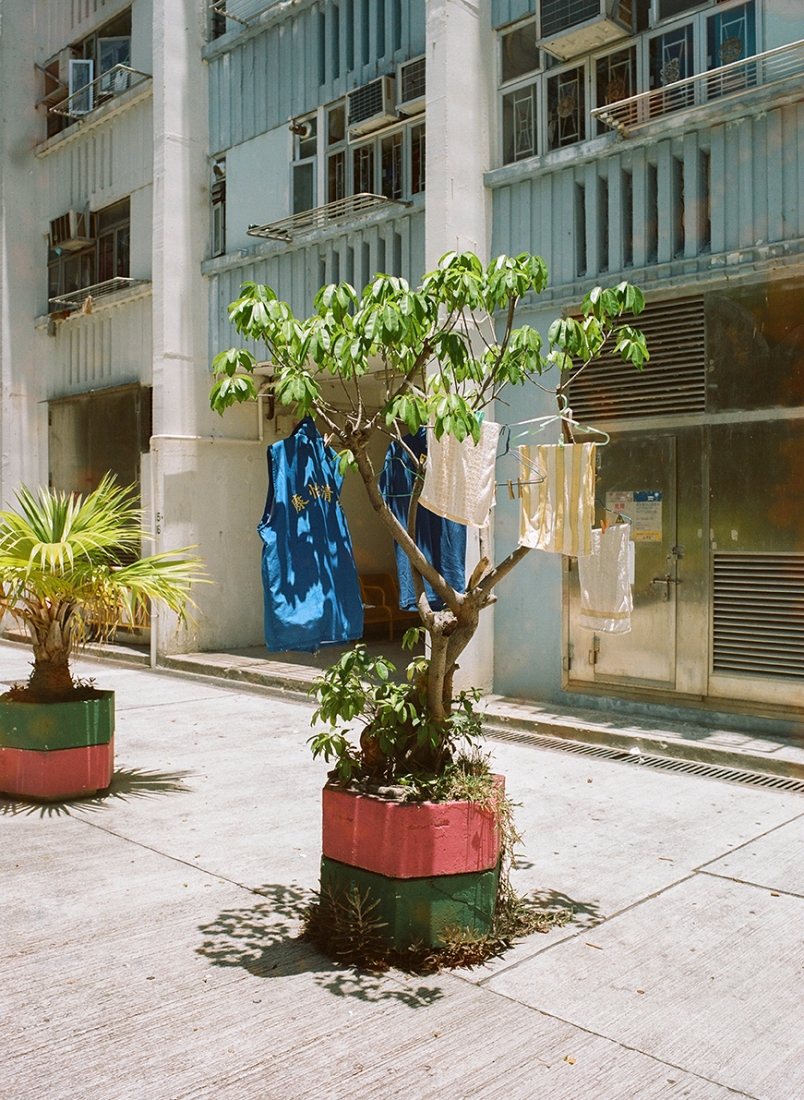 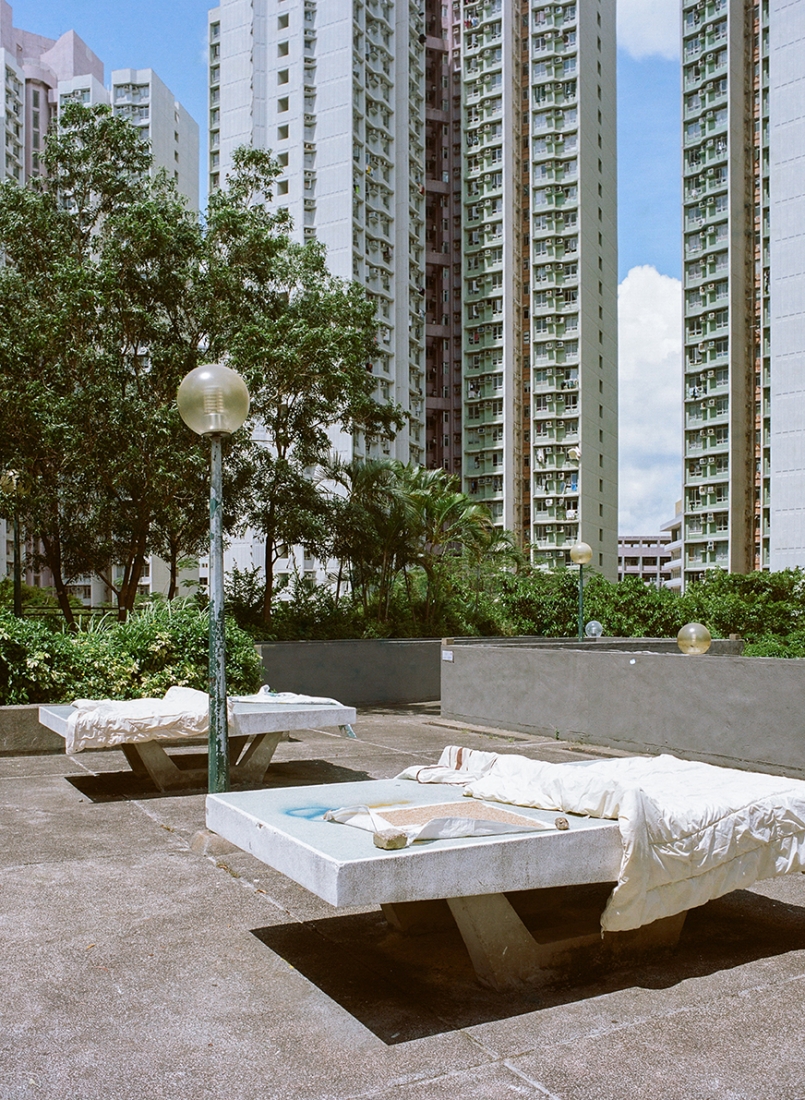 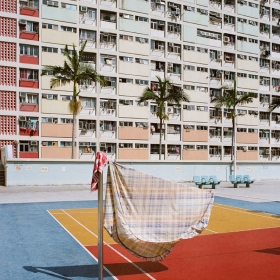 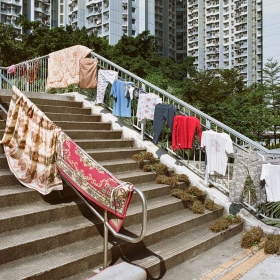 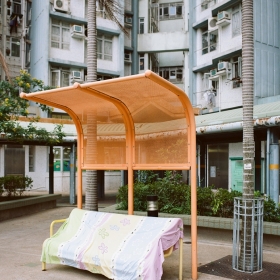 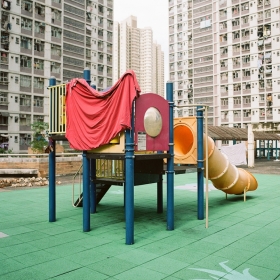 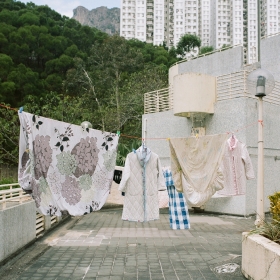 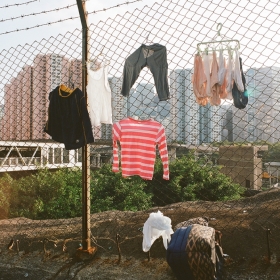 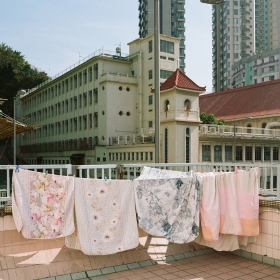 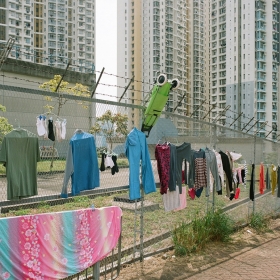 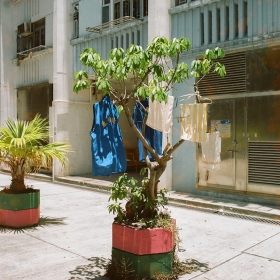 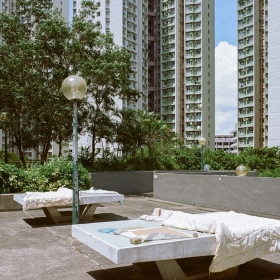 Wing Ka Ho
Laundry Art
Share
Support this photographer - share this work on Facebook.
Dry the clothes have initially been the most common thing in daily life. Walk around Hong Kong’s public housing blocks and old tenement buildings today, and it quickly becomes clear that many residents still hang their clothes outside to dry.

Now, as housing prices grow ever more expensive per square foot, living in high-density places of Hong Kong, the space for drying clothes at home has become more and more narrow. As prices keep soaring in what is already the world’s most expensive property market, residents have been forced to squeeze into ever smaller apartments, leaving little room for washers and dryers. Private spaces are compressed to the limit, which makes the rest of the public space more precious. Citizens intervene in improving the state of public areas regarding accessibility and inclusiveness in the current environment.

Inspired by Bernd and Hilla Becher, two of the most famous deadpan photographers in history. In the "laundry art" series, the photographs are neither landscapes nor documentation, but a hybrid of the two.
The photographs showed the balance and harmony of the composition and the use of light to dramatize or underplay the scenery; they are devoid of emotion, they show the objects in their natural state. The clothes drying can be seen everywhere in Hong Kong public space. They document a soon-to-disappear cityscape in a formalistic manner as much akin to industrial archeology as art.

I am drawn to society’s in-between spaces and grey areas such as the way of laundry. Citizens respond to their own needs and discover, create and utilize the public spaces that belong to them. Some people carry their clotheslines by skillfully using ropes and lamp posts, or ingenious use of the environment. The characteristics of a city are not shaped by urban designers deliberately. It is inadvertently adding vitality to public spaces.

Unlike most documentary photographs, "laundry art" series do not relate an event. They are neither testimonies nor narrative. They also differ from traditional landscape photography in that, combining two subjects in one picture creates new possibilities of representation.