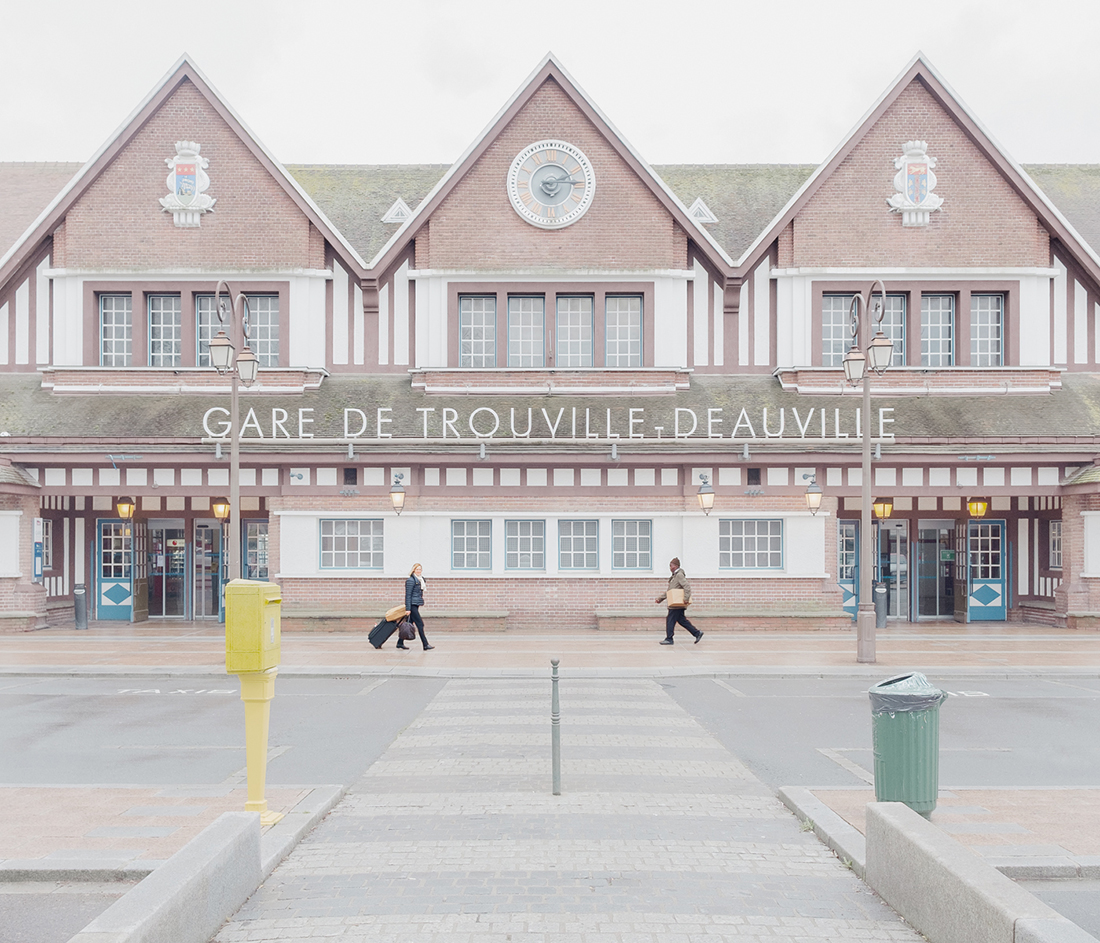 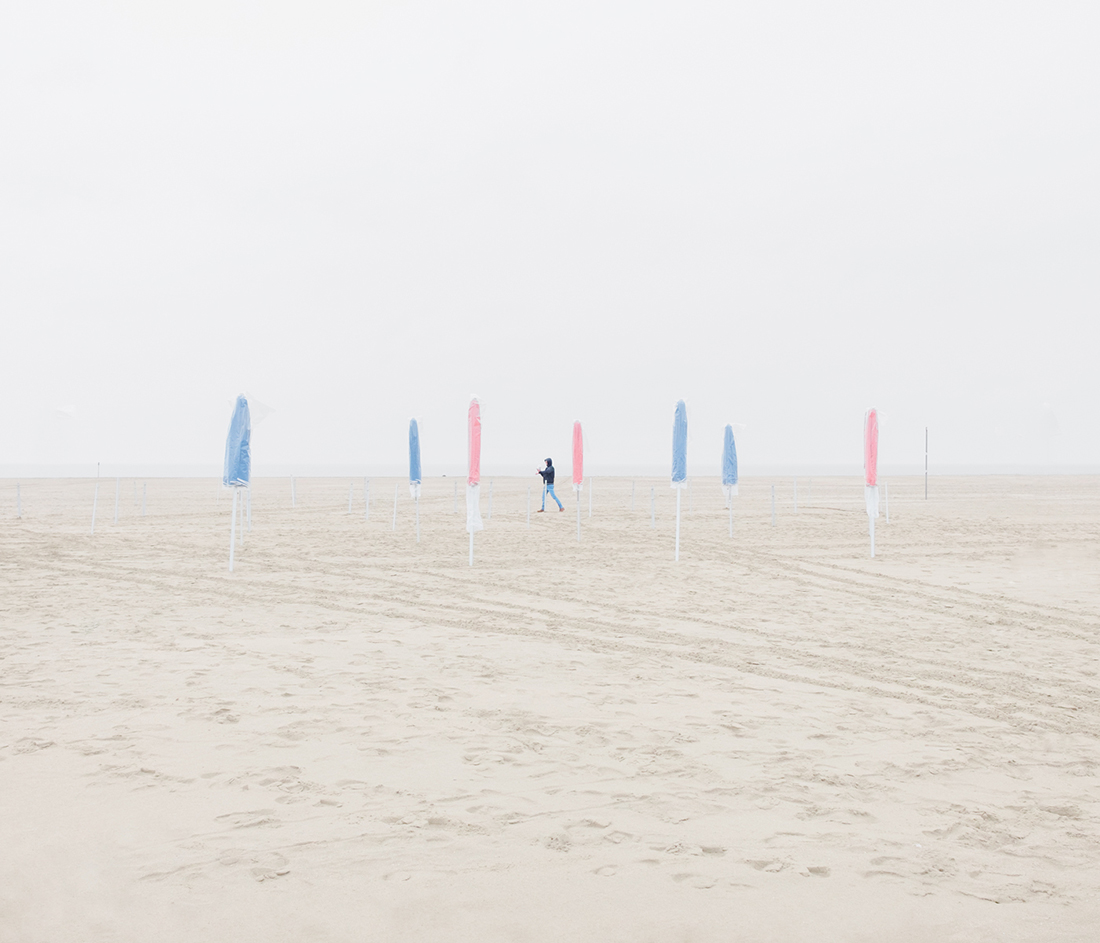 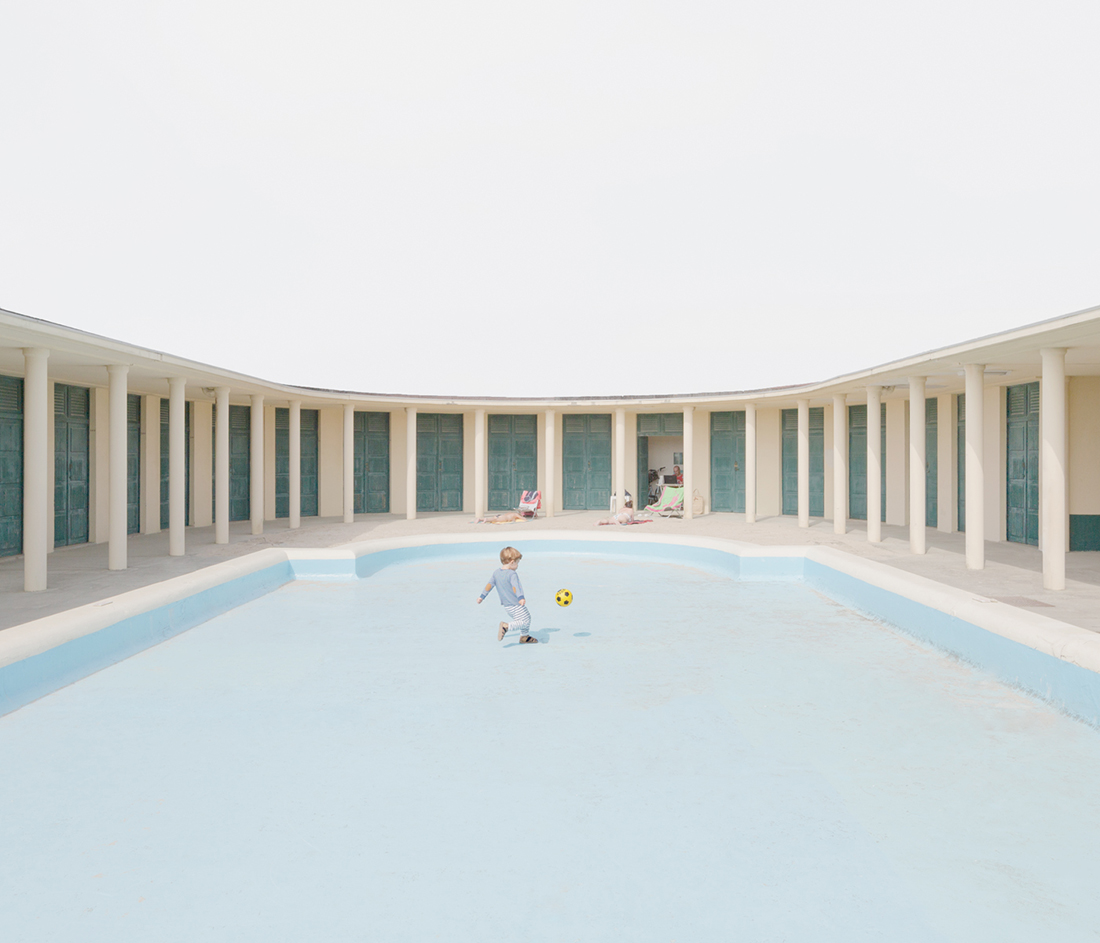 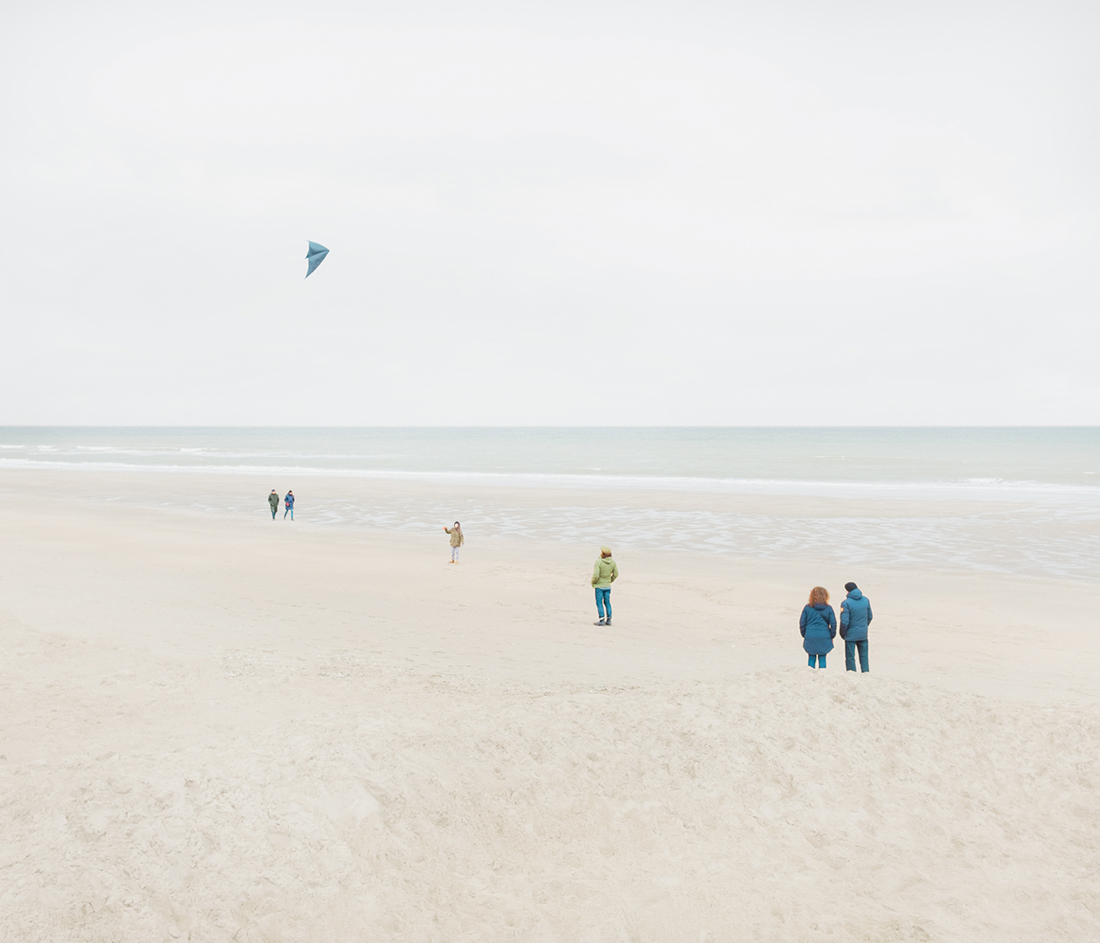 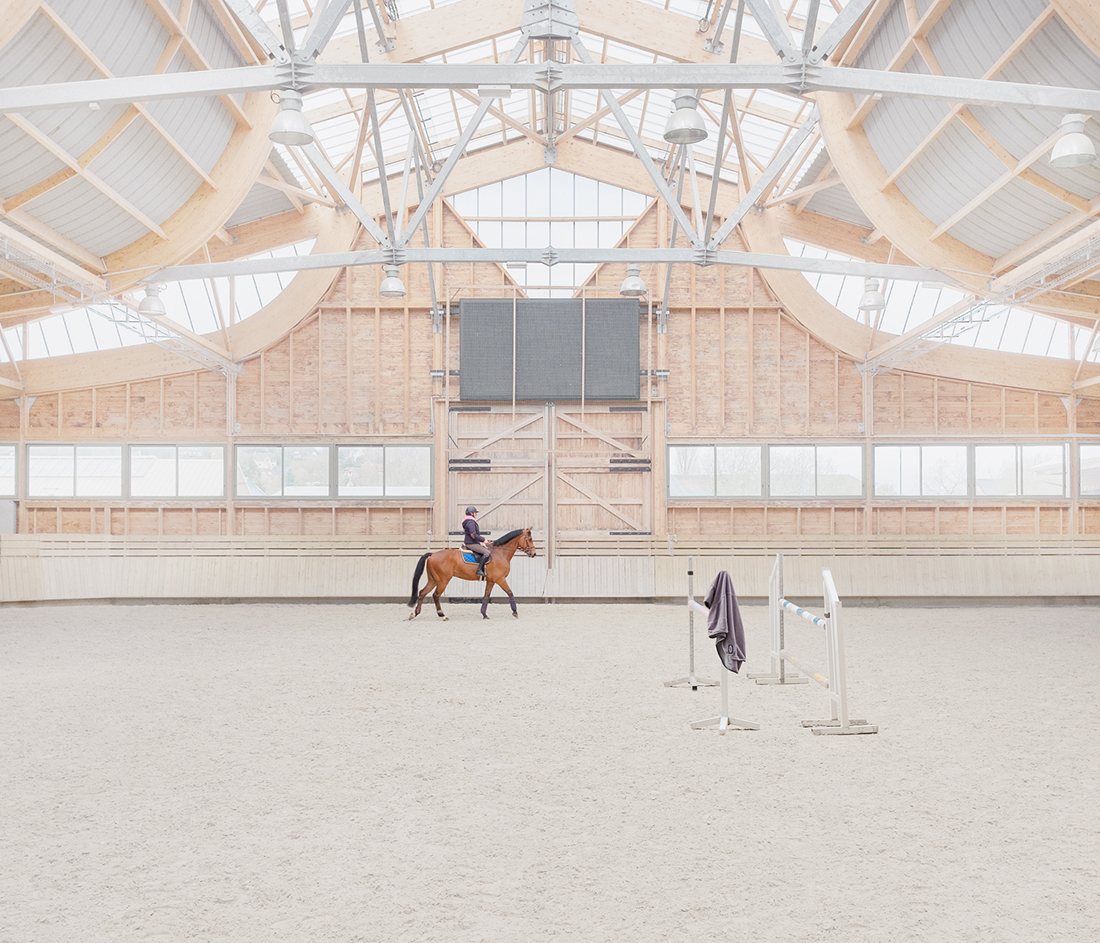 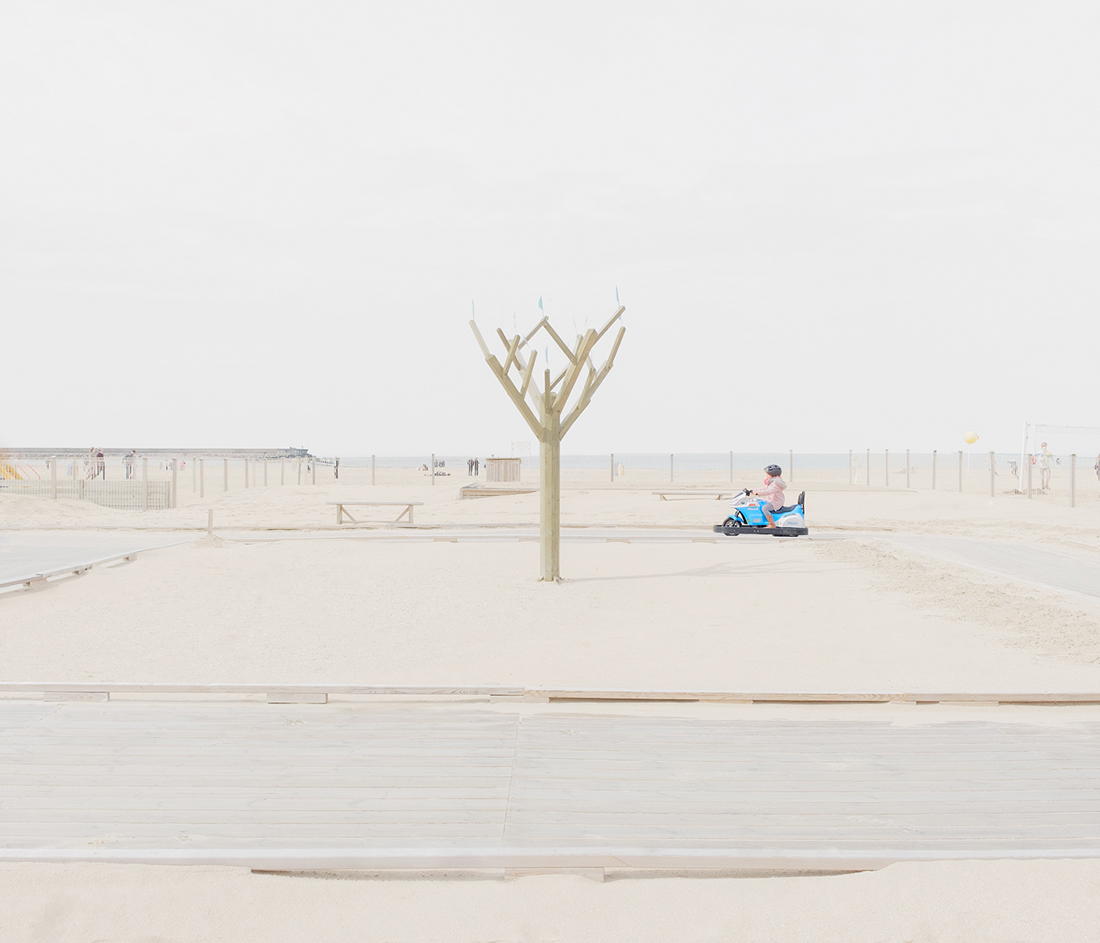 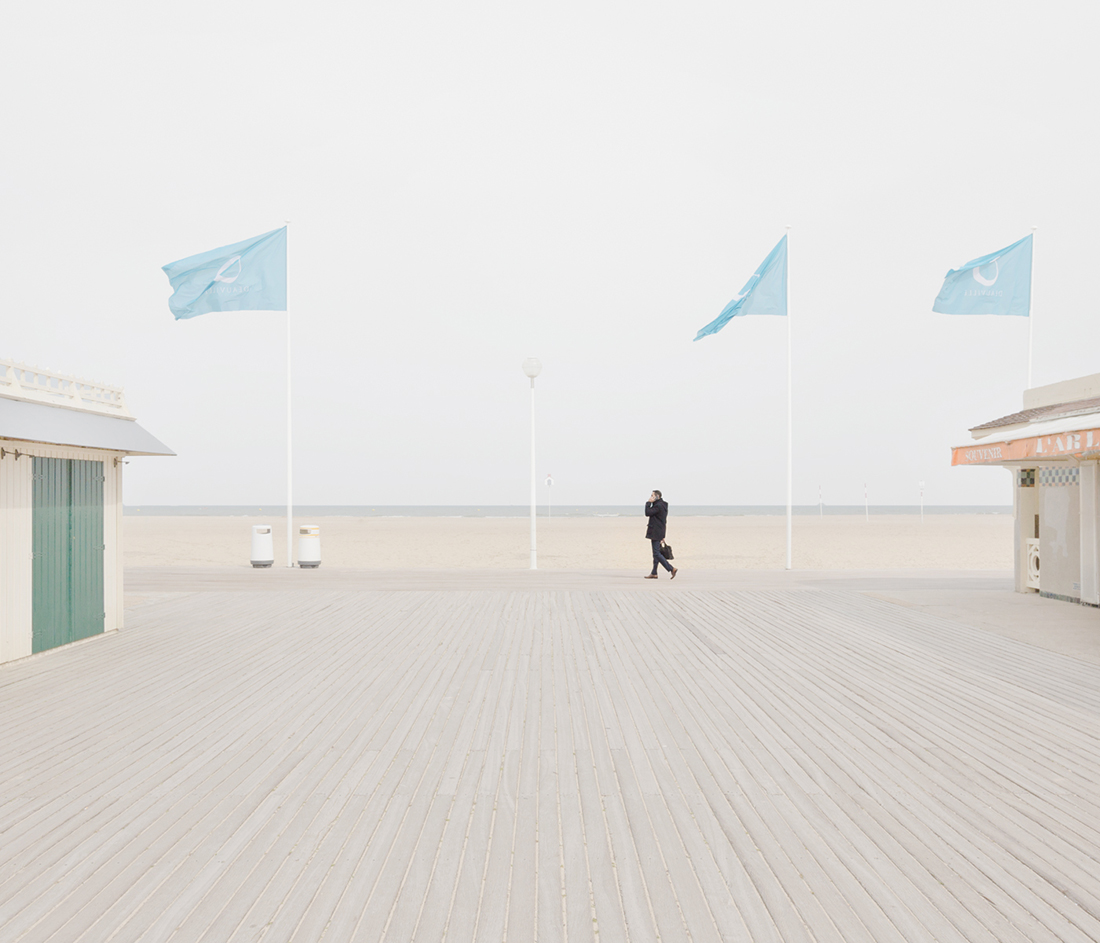 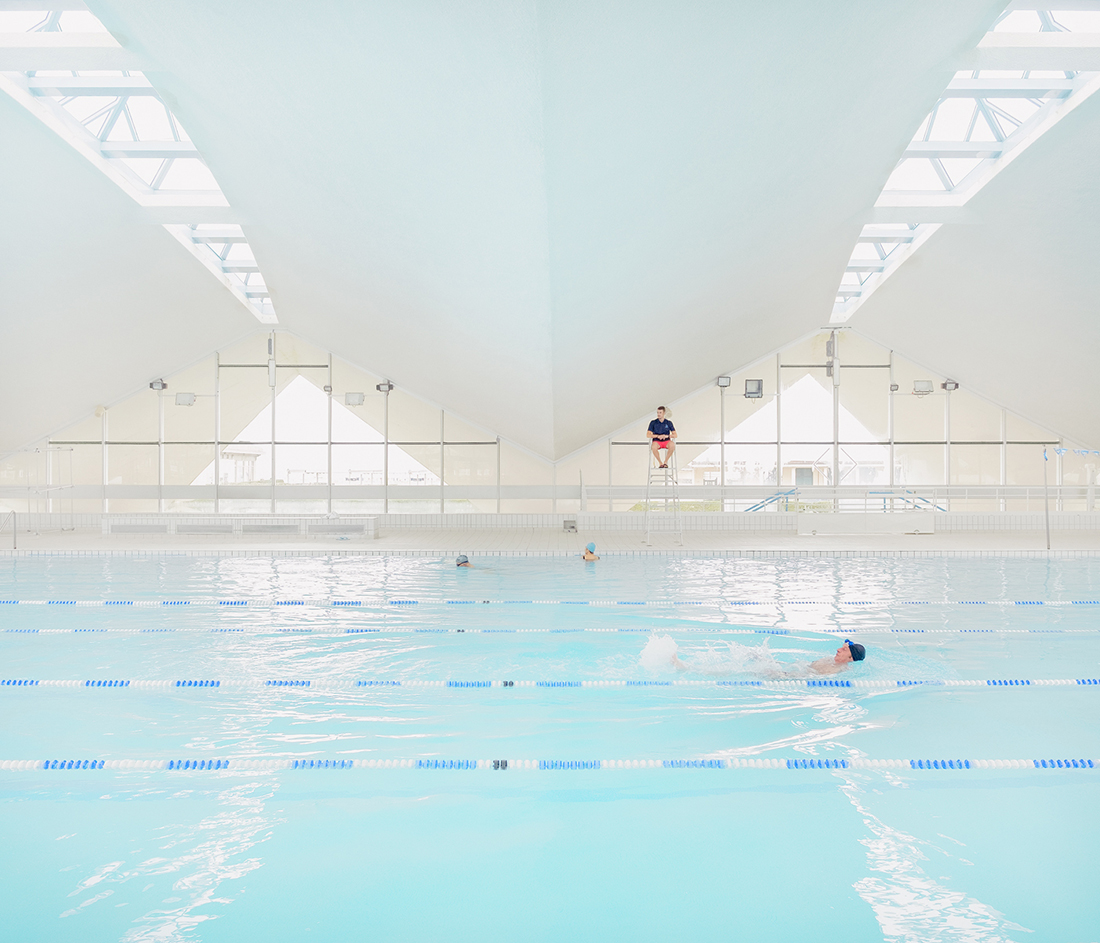 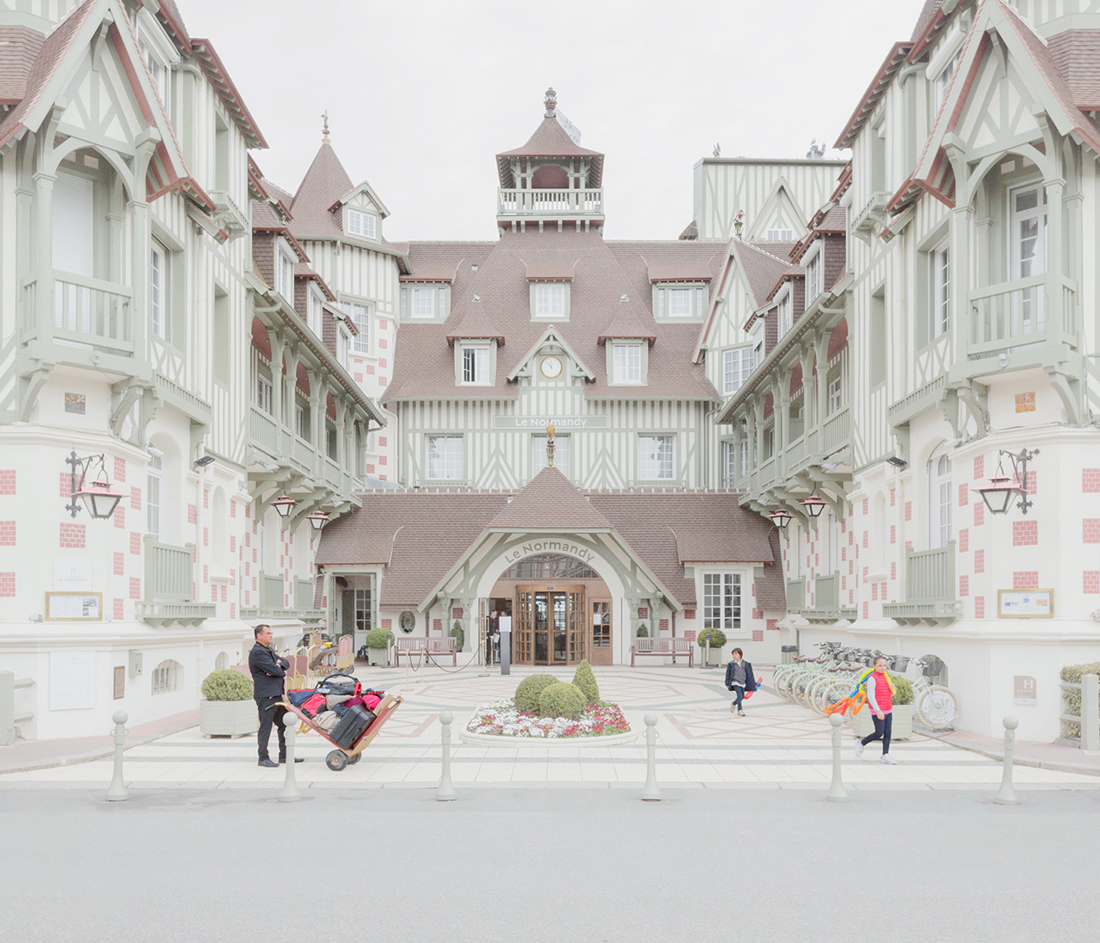 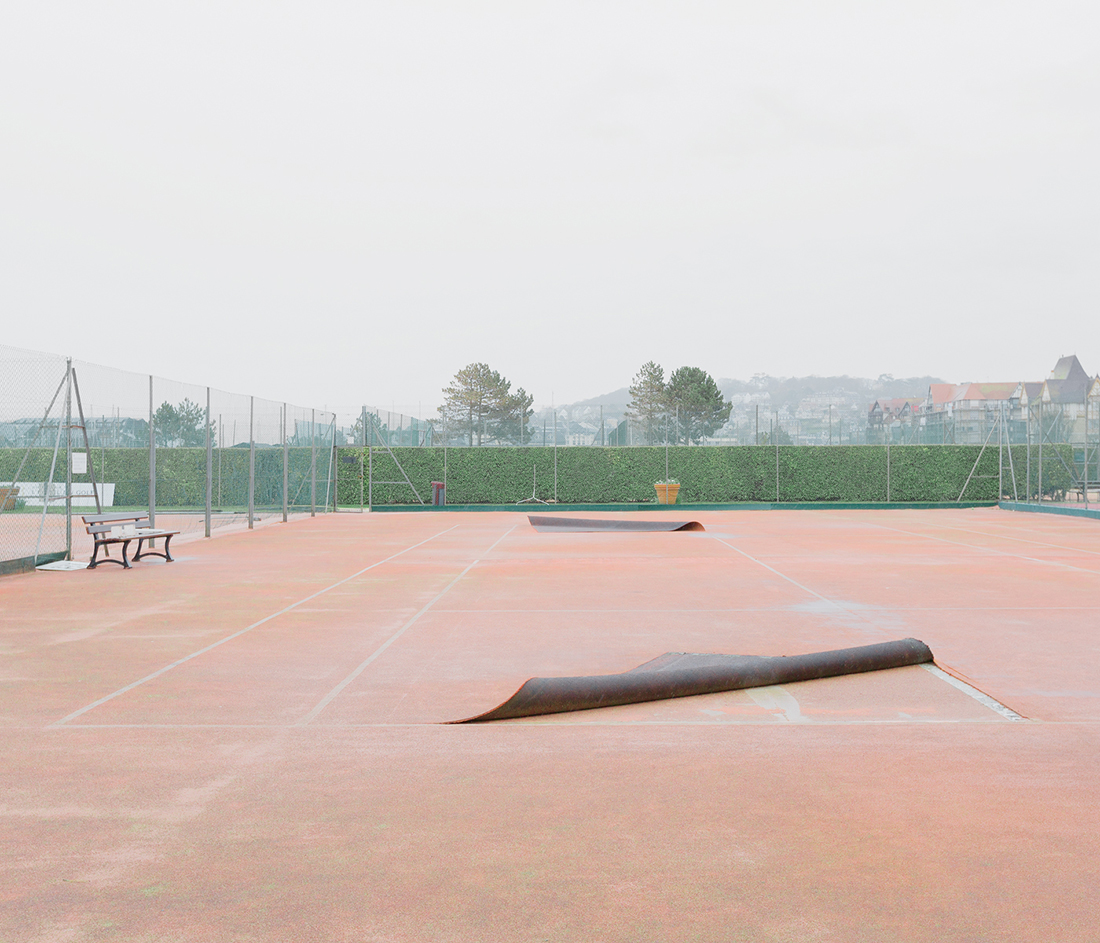 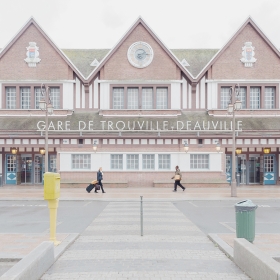 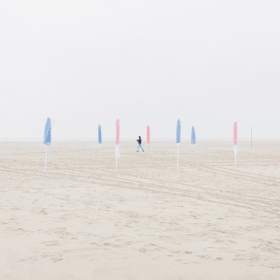 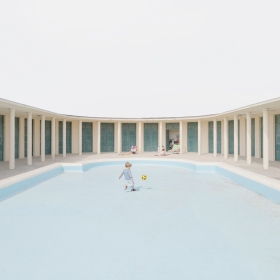 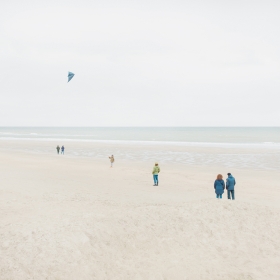 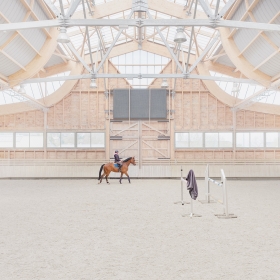 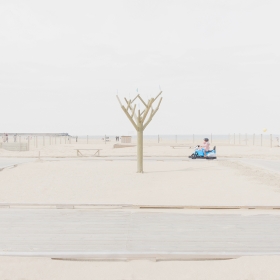 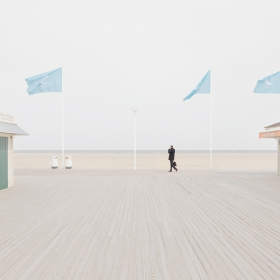 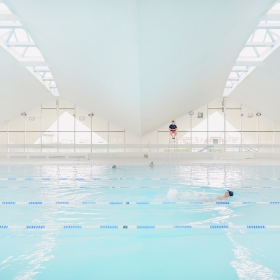 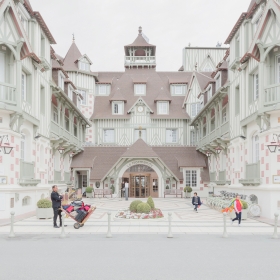 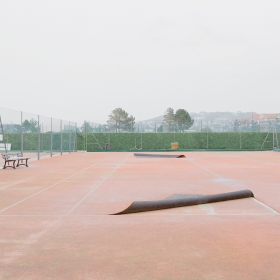 Alexandre CHAMELAT
Auwa Kingdom
Share
Support this photographer - share this work on Facebook.
Deauville is located at 49°22’ north latitude and 2°15’ west longitude with respect to the meridian of Paris. Between 0 and 83 m above the level of the Channel, it is a town which may be considered to be a seaside resort. Its surface is of 3.57 square km and its population is 3,741 inhabitants. There are 8,216 homes including 5,750 holiday homes.

Live pigeon shooting took place before it was prohibited.
The town hosted the 37th edition of the G8.
There are 4 farmers and 1,434 retired people.
The International Bridge Festival takes place there every year.

*Auwa : probably a Germanic word meaning humid meadow. Contributing to the name Auevilla given in 1060.

1) The Normandy (hotel)
Anglo-Norman styled manor of a surface of 25,000 square meters. It has 271 bedrooms including 40 suites with walls covered in an Indian cotton fabric called Jouy.
The name Jouy Fabric has even been given to a variety of irises with salmon pink petals, cream coloured sepals, a large mauve border and a red beard continued by a lip.
A menu offering 123 types of whisky is available at the American piano-bar.

2) Sunshades
The Deauville sunshades are hand made by Dolley, saddler and harness-maker, in their workshop.
They are 2m wide and are composed of 9.5 m of red, blue, yellow, green or orange material.
The price of a sunshade is approximately 300€.

3) The small courtyard of the baths
Inspired by Greek Roman antiquity, this architectural creation by Charles Adda inaugurated on July 5, 1924, includes shops, the Bar du Soleil, a hairdresser’s, a sudarium, massage and rest rooms. There are
450 Art Deco style cabins. The most luxurious ones provide both sea and fresh water, cold and hot.

4) Beach
The emergence of Deauville’s beach was a result of the disruption of sea currents after the construction of Trouville’s pier. Its sand is grey and beige and includes some black and white grains. They measure between 0.4 and 0.9mm.
Screeners are used to filter the sand and eliminate picnic remains.

5) Pôle international du Cheval
The PIC is equipped with 3 indoor arenas and 4 outdoor arenas, the biggest one is 6,350 square meters.
They are all equipped with new generation surfaces.
Nearly 70 contests of Horse Ball, dressage, polo, vaulting and jumping are organised every year.
71 boxes of 11 square meters for horse boarding, 145 temporary boxes, 5 showers, 2 solariums and 1 walker are available to horses and ponies.

6) Kart
The Karting circuit of Deauville is situated to the north east of Pont L’Evêque and is 800m long. 4 stroke adult karts of 200 cc and 390 cc, children’s karts of 125 cc and two-seater karts are available.
The Karting circuit also offers buggy drives, quad hikes, speed boats and hen/stag party organisation.

7) The Boardwalk
This 643m long boardwalk along Deauville’s beach is composed of 64 ekki battens on its 7m width. Ekki Is a brown rot-proof wood that grows in equatorial forests. It is very dense and resistant.
Its scientific name
is Lophira alata.
It is threatened by deforestation and overexploitation.

8) Olympic Swimming pool
The architect Roger Taillibert created the Parc des Princes, the Olympic stadium of Montreal and
Deauville’s swimming pool.
The length of the building is 45.6m and the pool structure is 15 cm of reinforced concrete.
It’s a sea water swimming pool at 28°C.
Bathing caps are mandatory while swimming.

10) Tennis
The Tennis Club is on the Boulevard de la Mer and has 10 clay courts, 4 in Classic Clay, 3 in Quick and 2 in Resisoft.
The clay courts are renovated every spring.

About author:
Alexandre Chamelat was born in France in 1990, grew up in Toulouse and lives in Bordeaux. Graduated from the School of Photography and Game Design (ETPA), his artistic approach is built on land’s discovery, in close relationship with Human and Earth.
Adept of Wwoofing, he has accumulated several experiences in Morocco, Iceland and the Alps. He opens up to philosophy through authors such as Edgar Morin, Michel Onfray and Pierre Rabhi.
His photographic practice is meant to be aesthetic and documentary, he seeks serenity and fullness in each of his photographs.