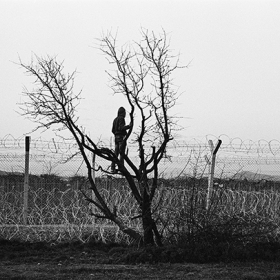 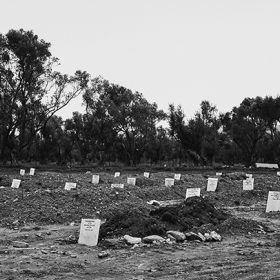 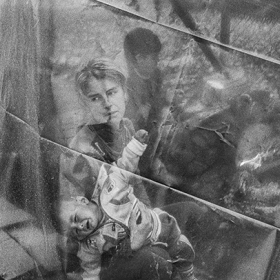 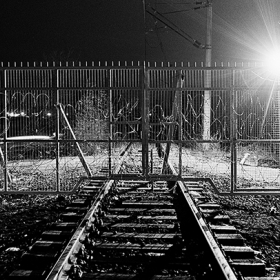 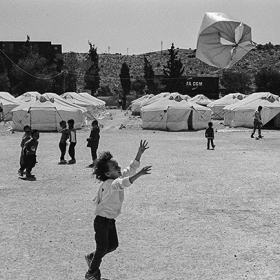 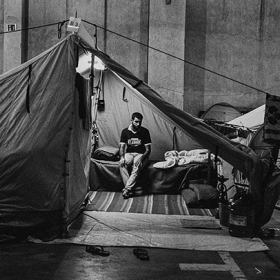 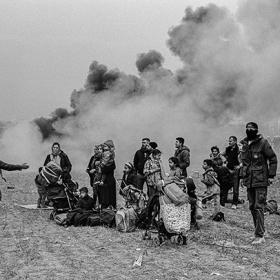 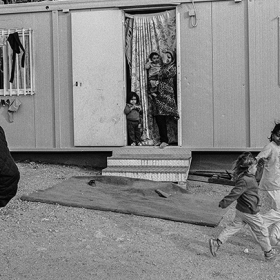 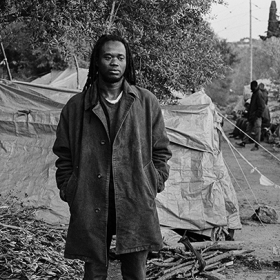 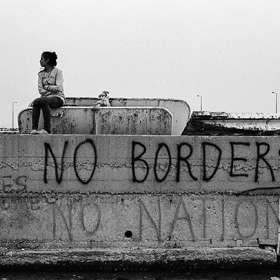 Angelos Tzortzinis
Trapped in Greece
Share
Support this photographer - share this work on Facebook.
As a Greek, I have myself lived through the unprecedented and painful transformation the country has undergone, be it as a result of the economic crisis or the refugee crisis. The process have profoundly affected me as well, as I am a part of this change.

Tens of thousands of people fleeing war and poverty-stricken homelands have become stranded in Greece since the height of Europe’s refugee crisis in 2016. International attention has shifted elsewhere, and local communities too have turned against them.

I intend to continue documenting the lives of those trapped in Greece and the impact of the refugee crisis on the country's landscape, a project I began in 2016 with the goal of giving forgotten people a voice.

It brought back memories from my childhood, growing up in a poor neighborhood of Athens, where dozens of Iraqi refugees had also set up their homes. They lived in cramped basement apartments, often five or six in one room, in squalid conditions.

In the years to follow I travelled across Greece, from its island gate-ways to its northern borders, in search of answers. Instead, my questions grew, and I decided to continue to document the journey these people make after arriving in Greece, their children in their arms and their life’s belongings in a few plastic bags.

It was not long before the roads leading out of Greece firmly closed. Balkans countries, the preferred route to northern Europe, sealed their borders, trapping more than 90,000 people in Greece. Newly-built fences, refugee cemeteries and many settlements have inevitably changed the natural evolution of the urban landscape.

Still, a few have not given up hope. Some try to smuggle themselves onto ferries at the western port of Patras to get to Italy, a dangerous passage. Others gathered in a field in northern Greece this month, galvanized by rumors of an organized movement to cross the border. Police dispersed them with tear gas. For this project, I intend to travel to camps across Greece, both official or unofficial, to narrate refugees’ daily lives. I also want to uncover an aspect of the crisis which has gone unnoticed: the changing urban and rural landscape.

The refugee crisis prompted the biggest movement of people across Europe since World War Two and remains one of the most important stories of our generation, with many untold facets. It will change the face of Greece and Europe for years to come, and deserves to be documented in as much depth and detail as possible. I would like to draw the world’s attention to these people.

About author:
Angelos Tzortzinis is a documentary photographer. He was born in Athens, where he finished his studies at the Leica Academy of Creative Photography. Angelos’s work has been recognized with many industry awards such as Best Wire Photographer by Time Magazine 2015, Magnum Foundation, POYi, SONY, Visa Pour l’Image among others. Since 2007 he work as freelance in Athens.