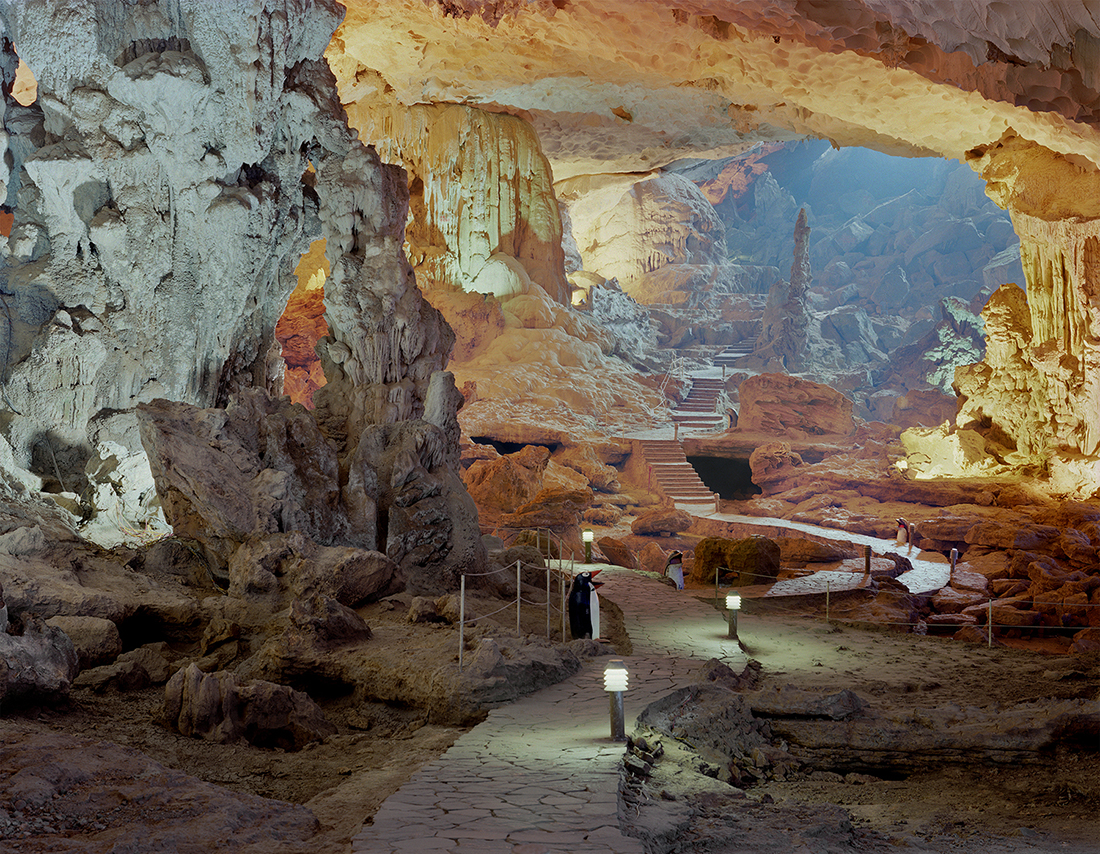 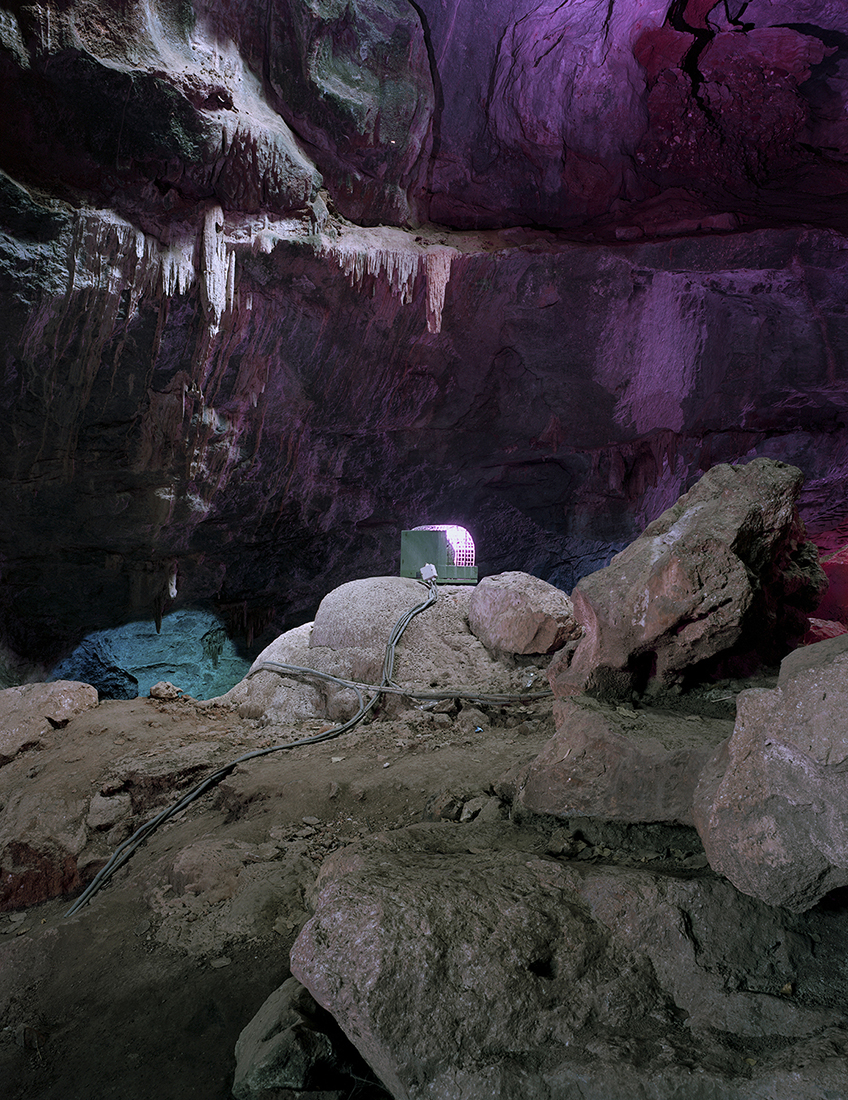 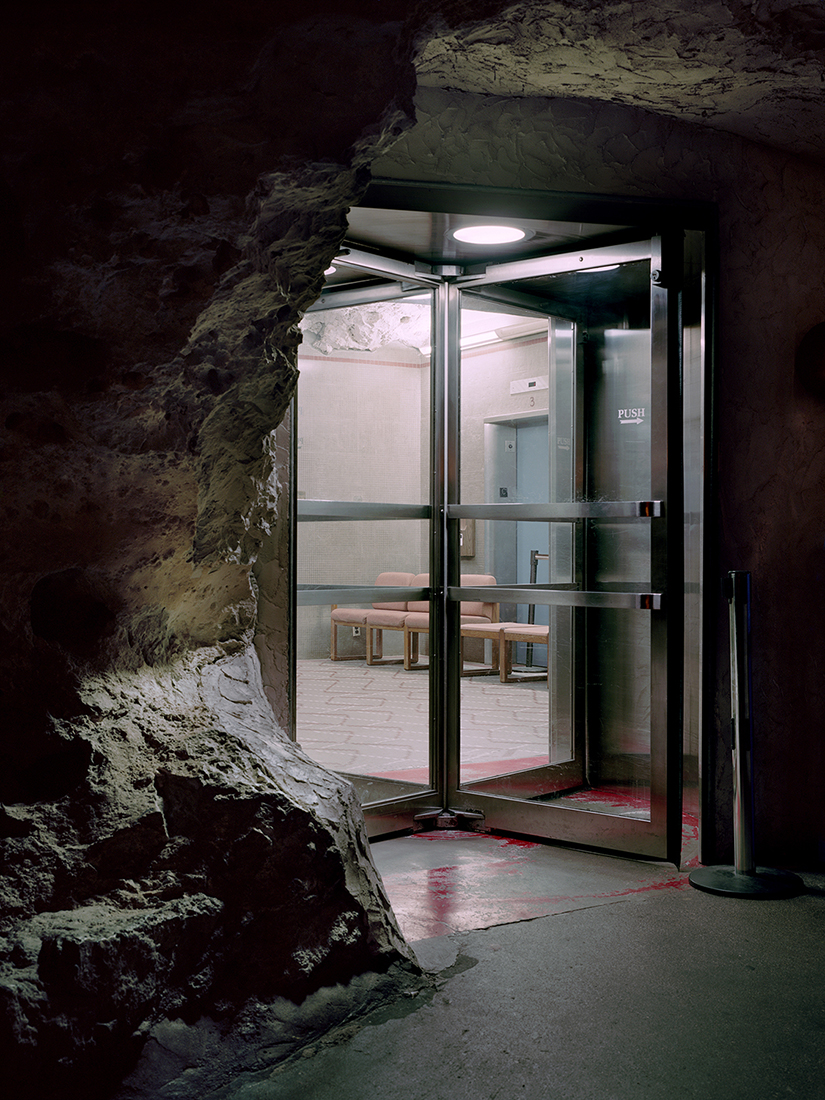 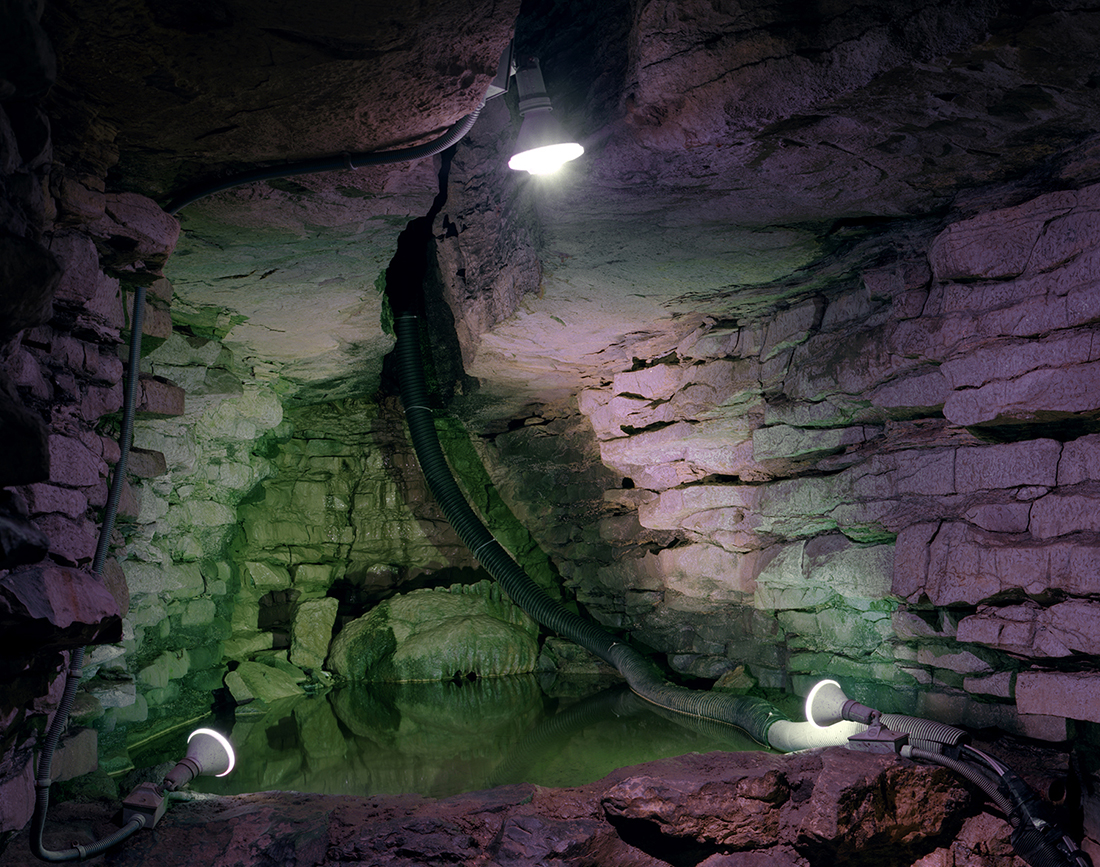 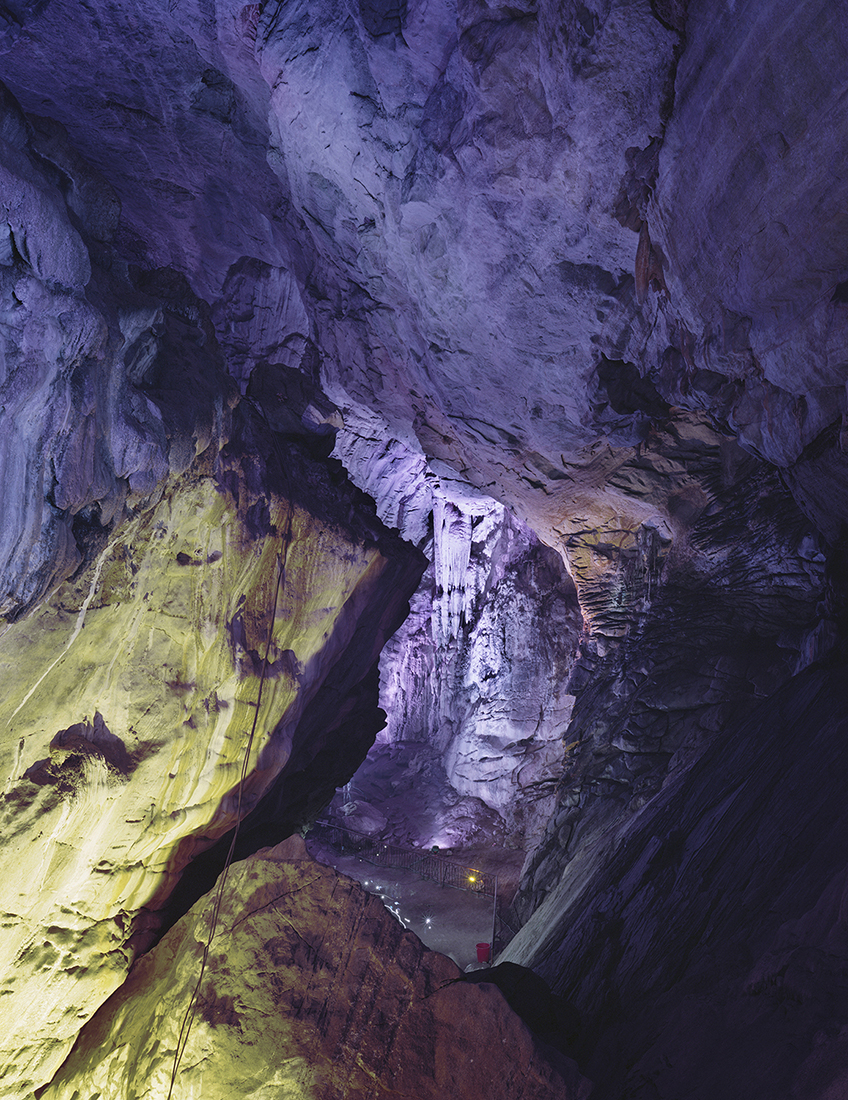 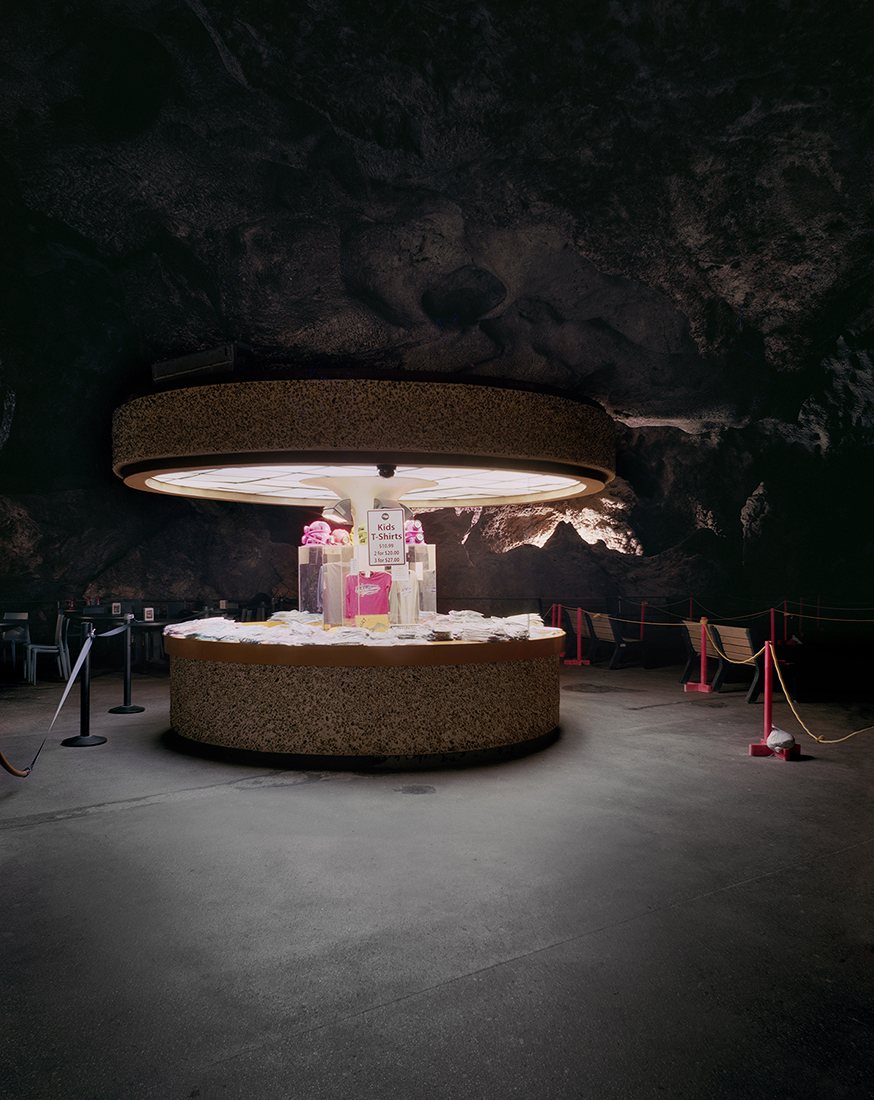 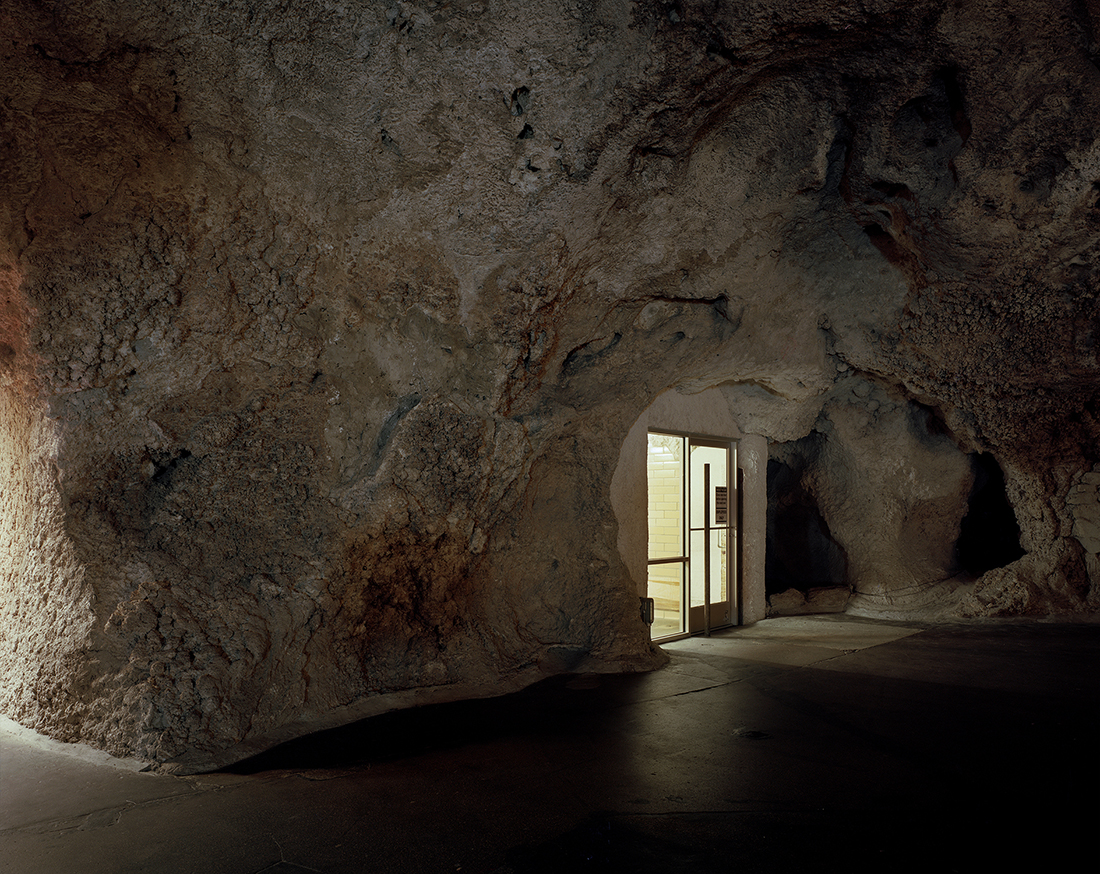 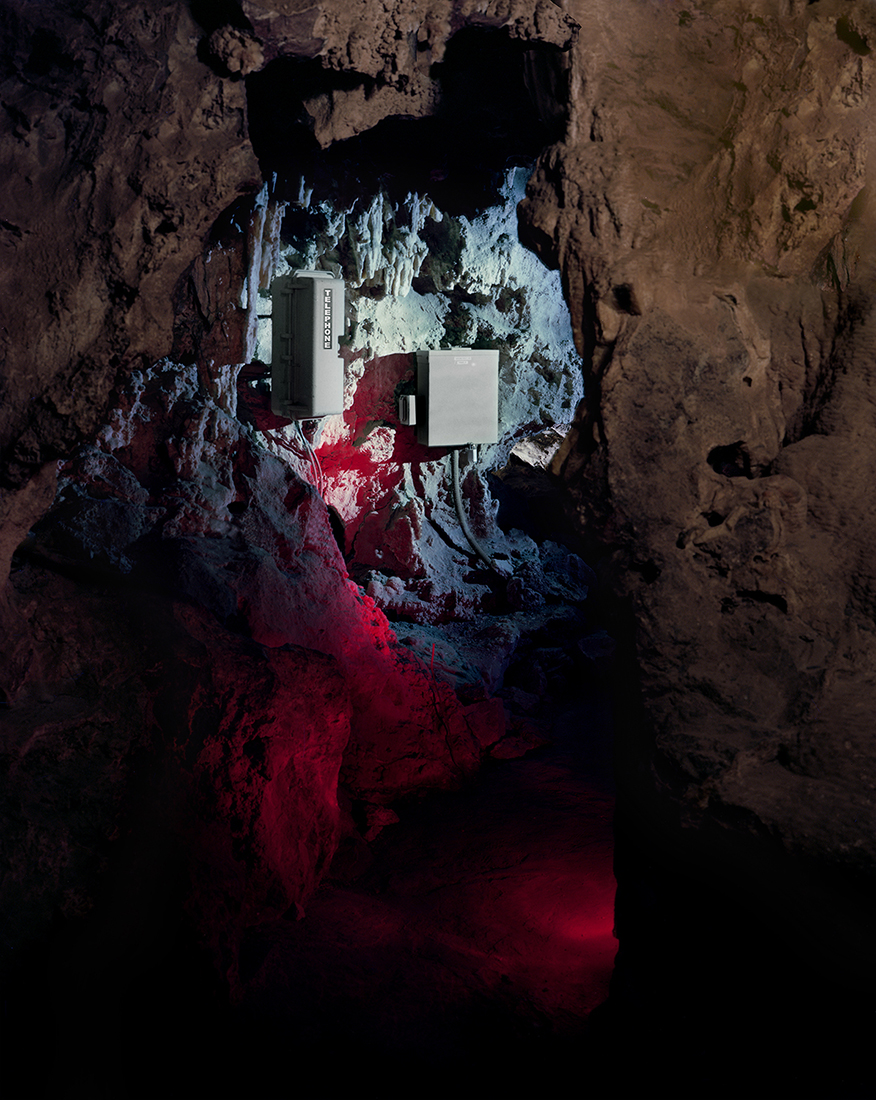 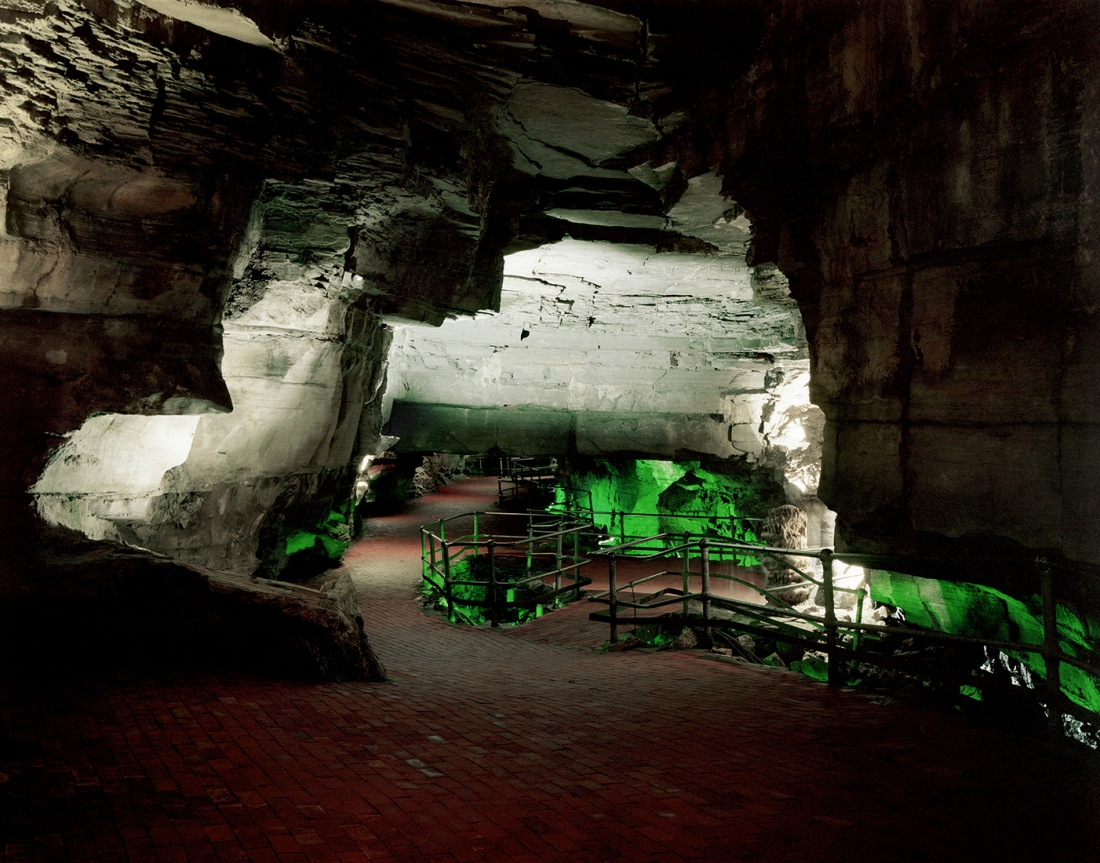 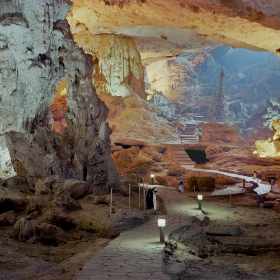 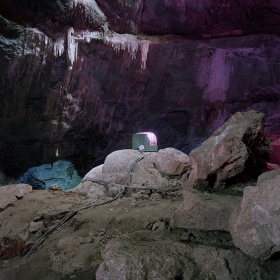 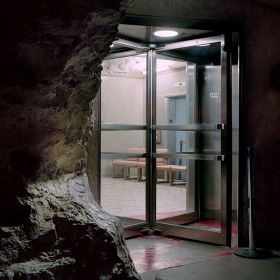 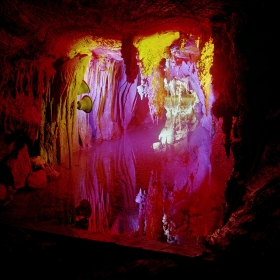 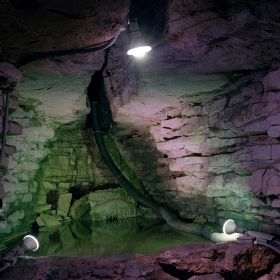 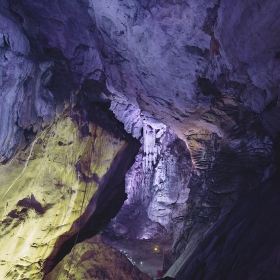 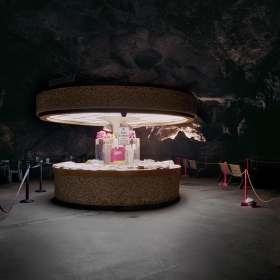 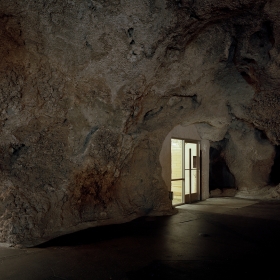 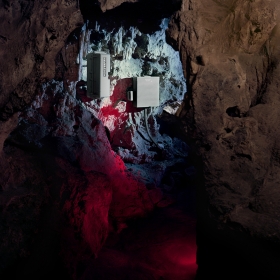 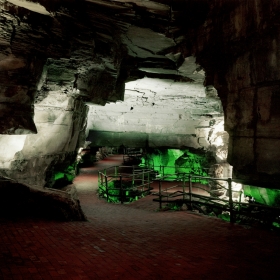 Austin Irving
SHOW CAVES
Share
Support this photographer - share this work on Facebook.
SHOW CAVES is a collection of large format photographs that explores the anthropocentric tendencies of modern tourism seen in domestic and international show caves. "Show Caves" are natural caves that are managed and modified by government or commercial organizations to accommodate tourists. The objective of this body of work is to highlight the tension that exists between the staggering natural beauty of caves and the renovations people make in order to transform these spaces into spectacular tourist attractions. These caverns have been curated to cater to both the physical needs of sightseers as well as to our collective expectation of the fantasy of a cave. Elaborate lighting, elevators, poured cement trails, even bathrooms and souvenir stands have been added so that ancient geological wonders can be accessible and marketable to a money-giving public. Are these additions acts of vandalism disrupting a delicate Eco-system for the sake of commercial profit? Or do these human interventions draw attention to the preservation of caves and make hard-to-access natural wonders readily available for appreciation?

The images included in this series were made with a Toyo Field camera on 4x5 color negative on location internationally in Singapore, Vietnam, Malaysia, and India, and domestically in New Mexico, Virginia, Arizona, New York and Tennessee.

About author:
Born and raised in New York City, Austin Irving is a large format photographer who graduated with a BFA from the Department of Photography and Imaging at TISCH School Of The Arts at New York University in 2006. Her artwork has been exhibited in Hong Kong, India, Germany, Paris, and The United States. In 2017, she was the Artist-In-Residence at the National Center for Biological Sciences in Bangalore, India. In 2016, she was a nominee for the United States Artists Fellowship and a finalist in both the Architecture and Landscape categories for the Felix Schoeller Photo Award in Osnabrück, Germany. Her images have been featured in The L.A. Times, Wired, Slate, Architectural Digest, Art Ltd., Artillery, TimeOut NY, The International Herald Tribune, The Huffington Post, Frontrunner, Artsy, Yatzer, and Artweek LA.

Irving currently lives and works in Downtown Los Angeles and her work is represented by Wilding Cran Gallery.